Mongolia is facing a critical moment in its urban evolution. The economic reforms following Soviet withdrawal in 1990 coupled with the discovery of vast reserves of coal, gold, and copper led to massive rural migration to the capital city: Ulaanbaatar. 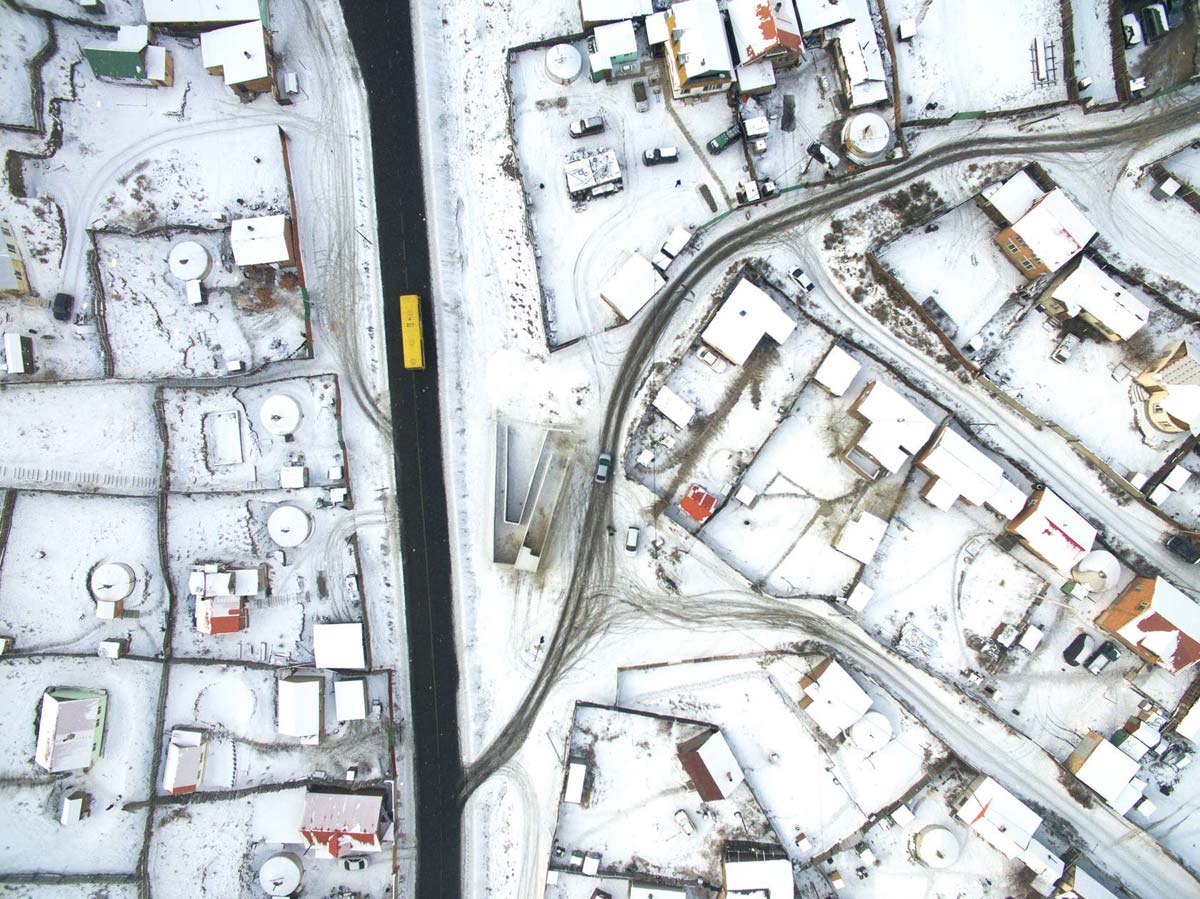 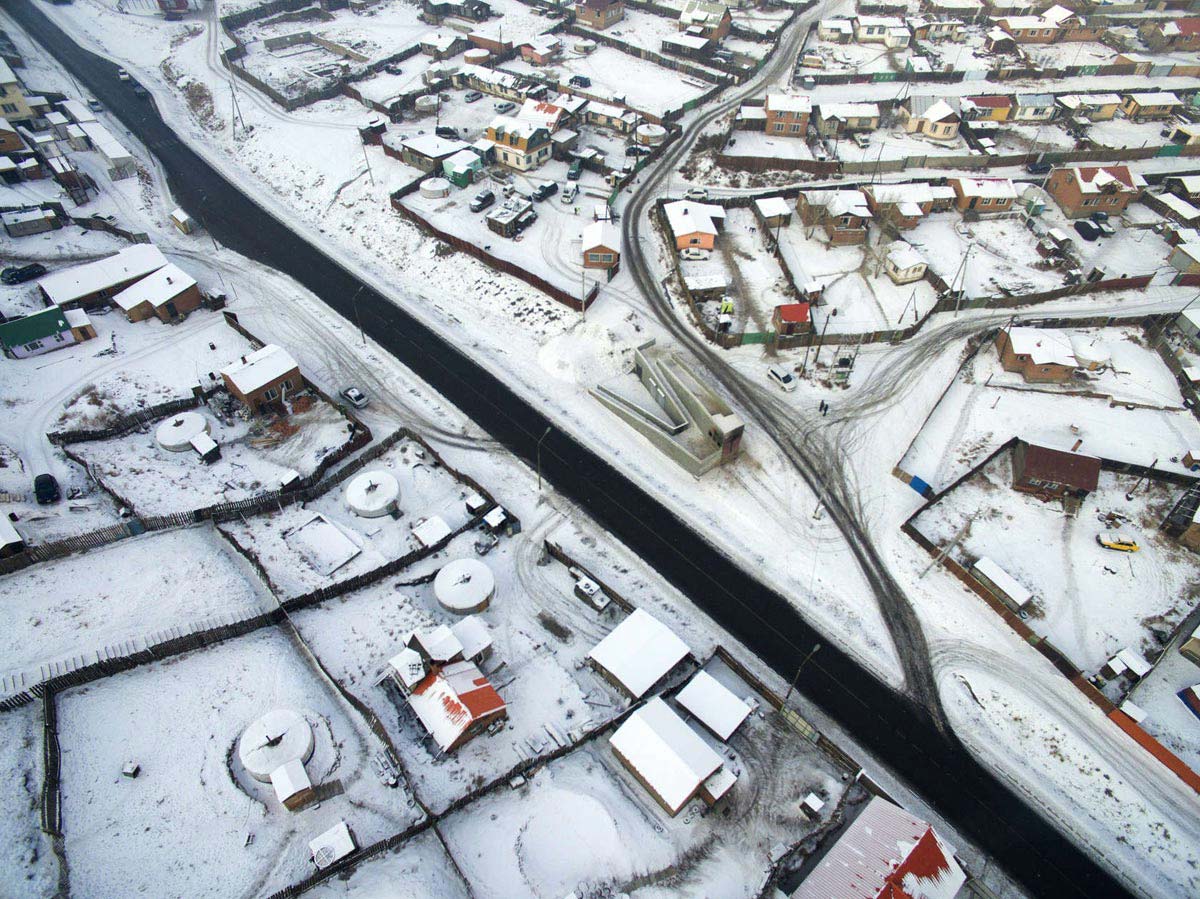 Predicted GDP growth rates of 17% in 2011 and the promise of development projects led nomadic herdsman to sell their livestock and move to the city in search of a better life.

The population of the city doubled since 1989 and the city’s territory expanded from 130 km2 to 4,700 km2. The extremely cold winter (zud) in 2010 that killed a large amount of livestock sealed the fate of many, leaving them little choice other than to move to the city.

The nomads settle on any available land, occupying residual inner areas, slopes and the periphery of the city. When migrants arrive they erect a traditional felt tent – a ger – and surround the plot with a wooden fence. The extent and rapidity of their growth has meant that the provision of the most basic services of urban life has not been viable: water is fetched from

kiosks; pit latrines are dug on site; and garbage goes uncollected. Coal smog hovers throughout the city during the winter as ger residents burn fuel to stay warm. As this population has no prior experience living amongst others (there is no word for “community” in Mongolian) or in situ, in one home on a single plot of land, other problems ensue such as solid waste disposal and a consideration of shared public space. Compounding these issues is widespread unemployment, alcoholism and health problems. 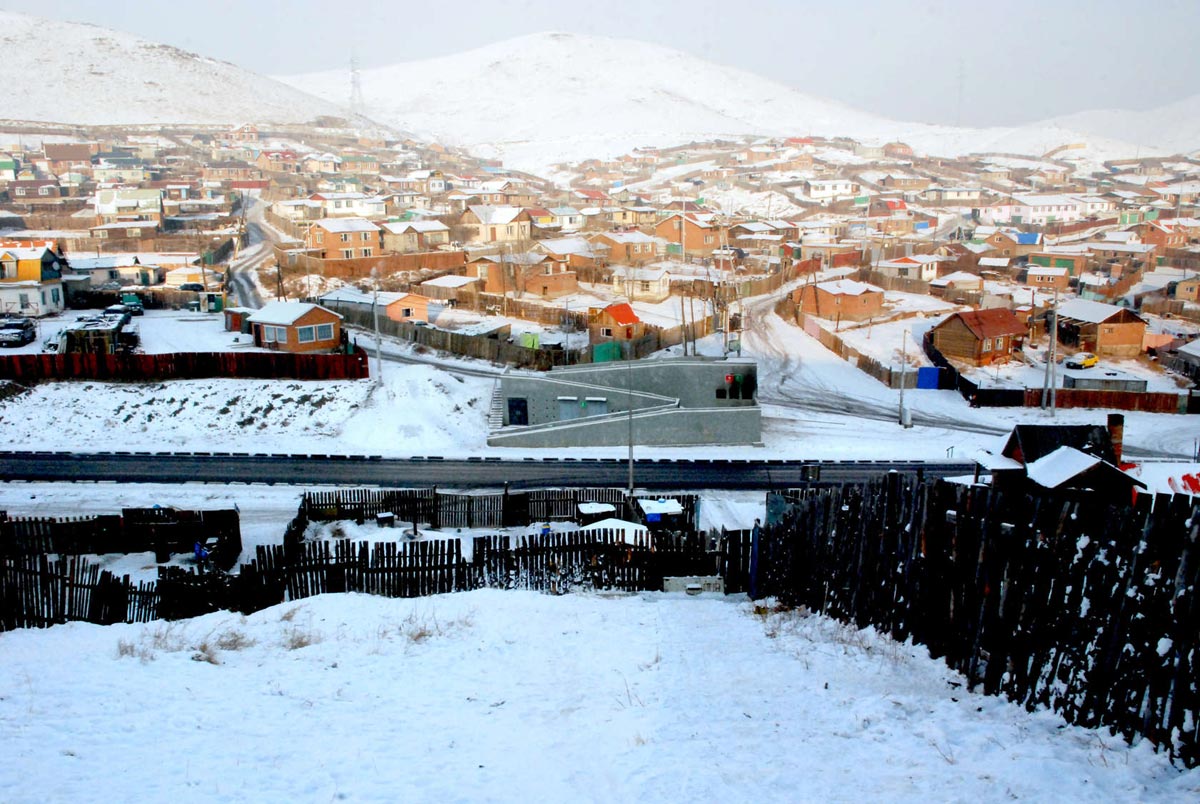 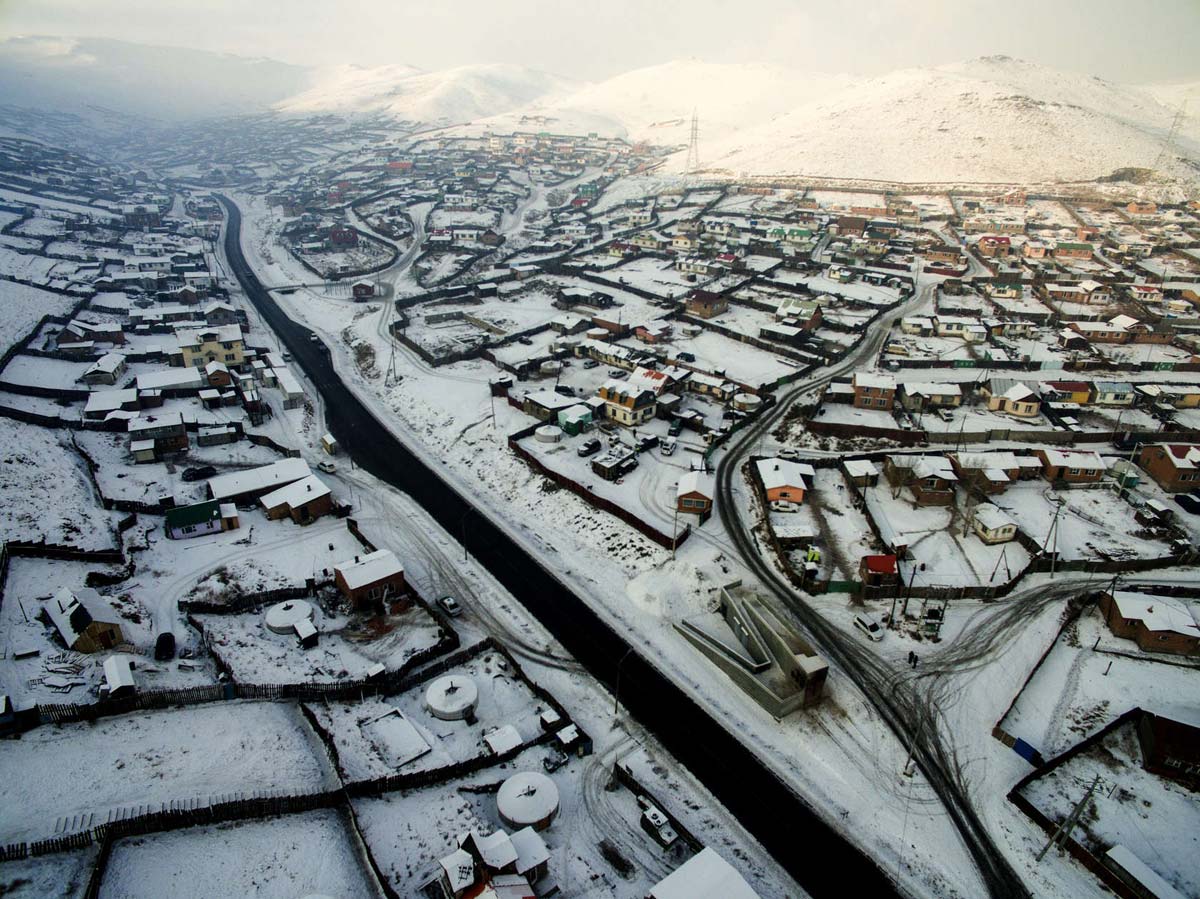 Unlike other informal settlements in developing countries, these districts are not illegal, since each new migrant, as a Mongolian national, has the right to land ownership. However, they are still stigmatized as problem areas – effectively slums – that are seen as a hindrance to Ulaanbaatar’s evolution into a “modern” capital.

This project seeks to understand the spatial characteristics of this unique rural-urban fringe as a unique example of informal settlements. Through the research, the aim is to develop innovative architectural prototypes that can contribute to the integration of the Ger districts into a viable urban construct. Through this methodology the aim is to create an alternative urban model of development for “slum” areas, other than wholesale demolition. 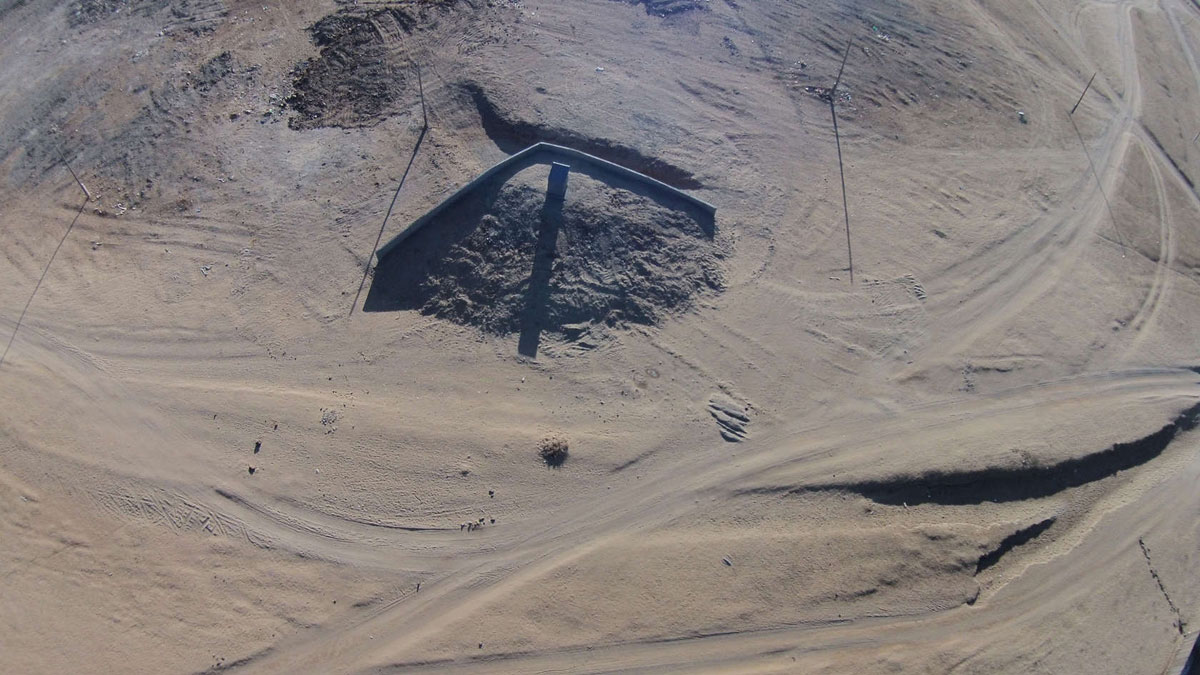 The first prototype was to design a waste collection point. The project was commissioned by the Asia Foundation and the Mayor’s Office, Ulaanbaatar. For rural nomads, waste in the form of plastic bottles, glass and cans is an unfamiliar urban phenomenon and without clear systems of collection, garbage accumulates in gulleys, roadside verges and streams. The Foundation produced an interactive community map of ger districts from data gathered through numerous meetings with local residents. The map provides a database for local services such as bus stops, playgrounds, clinics, schools and water kiosks. It also shows areas of illegal dumpsites alongside official sites for waste collection. From this data, the Foundation identified the worst areas for rubbish buildup alongside certain neighborhoods or Khoroos where they had forged good relationships with local leaders. Their aim was to create a demonstration project that could facilitate the hygienic collection of rubbish. They named the project Smart Collection Points, since the project had to engage neighborhood participation and outreach, improve the scheduling of trucks, and influence policy from the Mayor’s office to alter how they administered city-wide waste collection. Based on their site research, two locations were selected to implement and test the viability of the prototypes: one in the fringe district of Khan-Uhl and the other in the mid-ger area of Chingeltei. 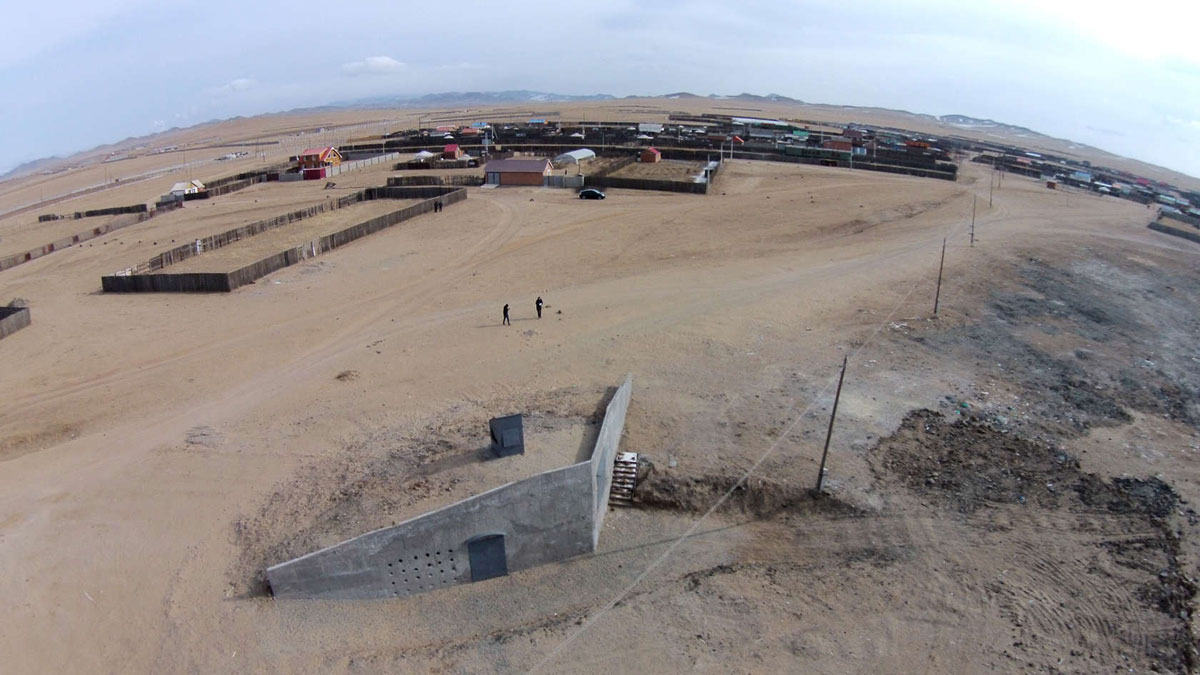 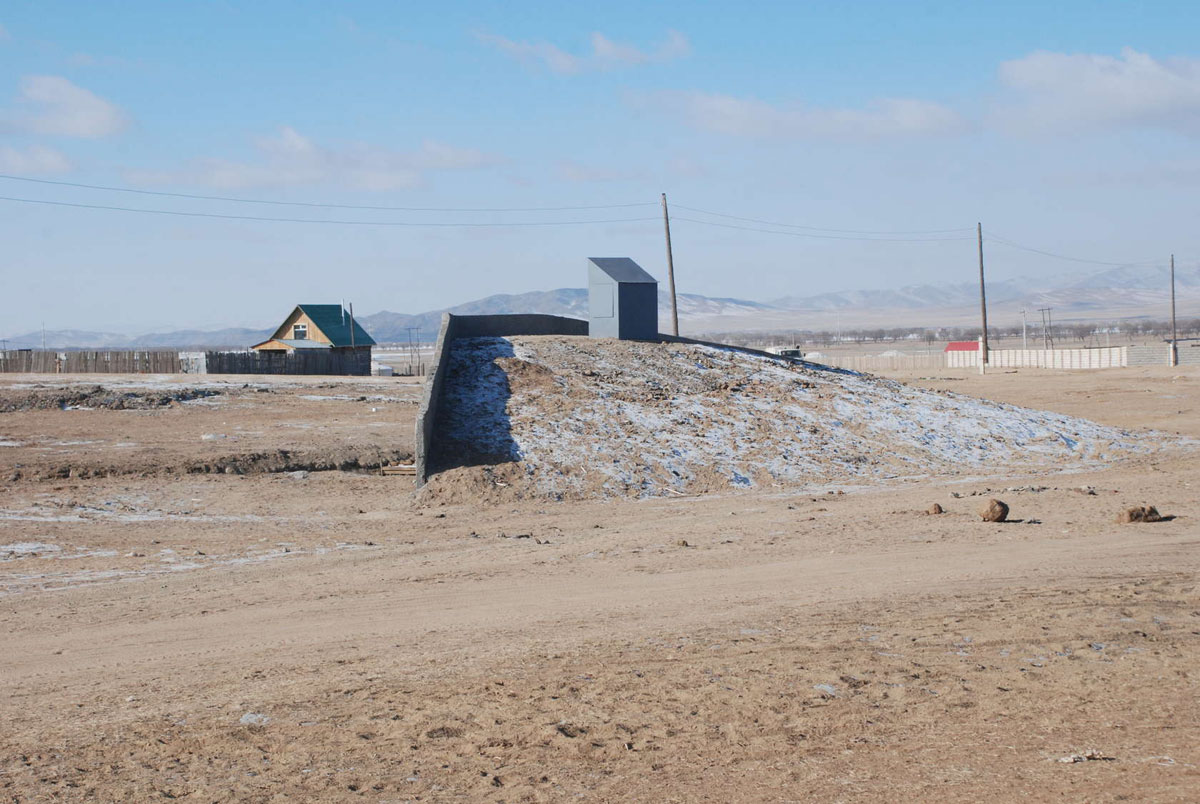 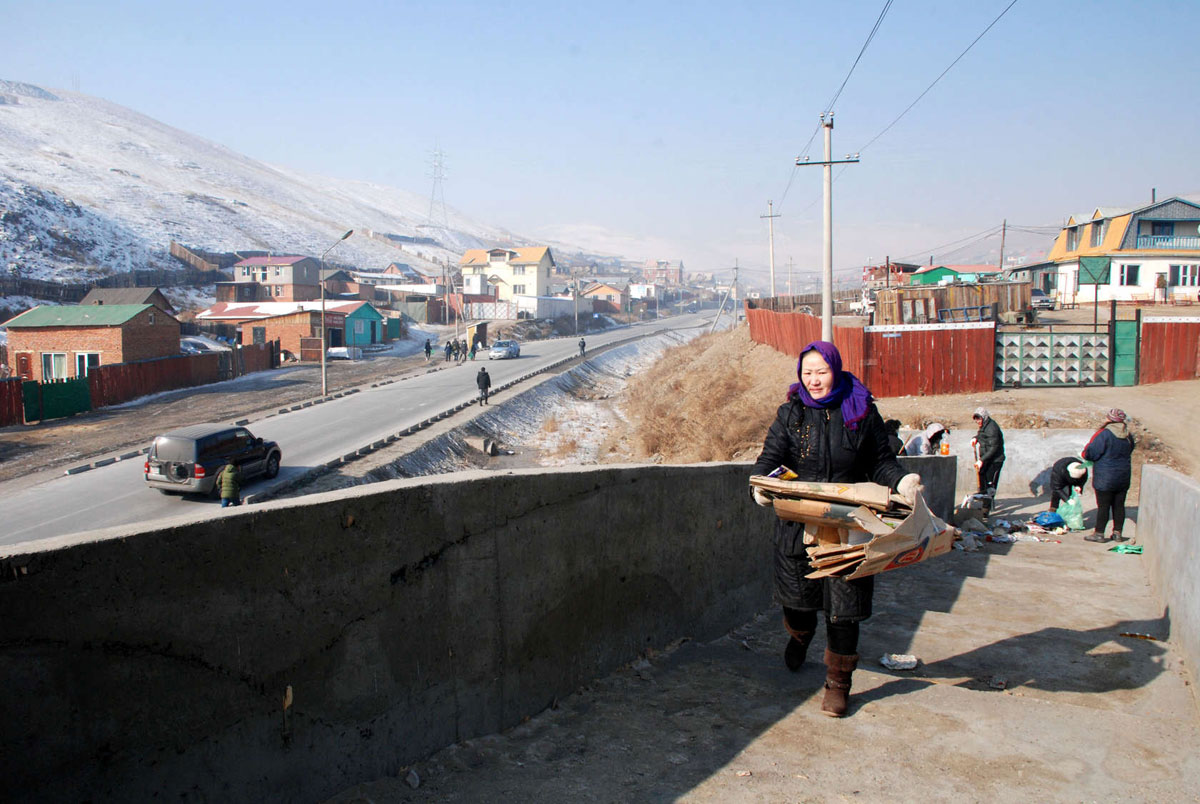 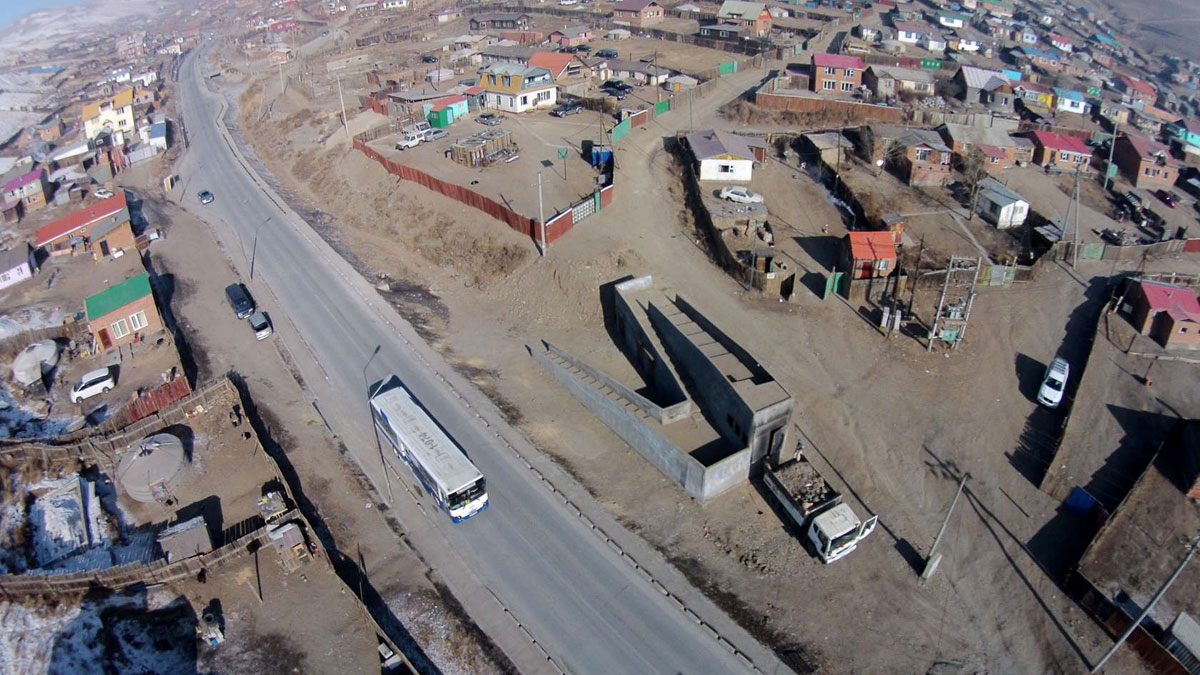 At Chingeltei, the site was located by the side of a recently constructed road on an uneven dirt slope. The scheme took advantage of the height difference of the topography to form a ramp leading from the high ground to the road and bus stop with several places for rubbish drop off along the way. A recycling station was contained under the ramp which splayed apart to create an open public space. At Khan-Uhl, the primary issue on this flat terrain was how to negotiate the ease for the public dropping off their trash with the ease for the collectors. The design created an artificial topography excavating 1.5m below ground for the collection and + 1.5m for the drop off with a retaining wall holding this new mound in place. Owing to financial timescale pressures, the projects were built during harsh winter conditions, necessitating anti-freeze to be included in the concrete to prevent the water content from freezing. On inspection in February the following year it was still unclear whether the roof structure of Khan Uhl had in fact cured or was being held together with solid ice. The next stage of the project will be to evaluate how these buildings perform, not just architecturally but in how they are operated, managed and how the community adjusts to a new system for waste management. 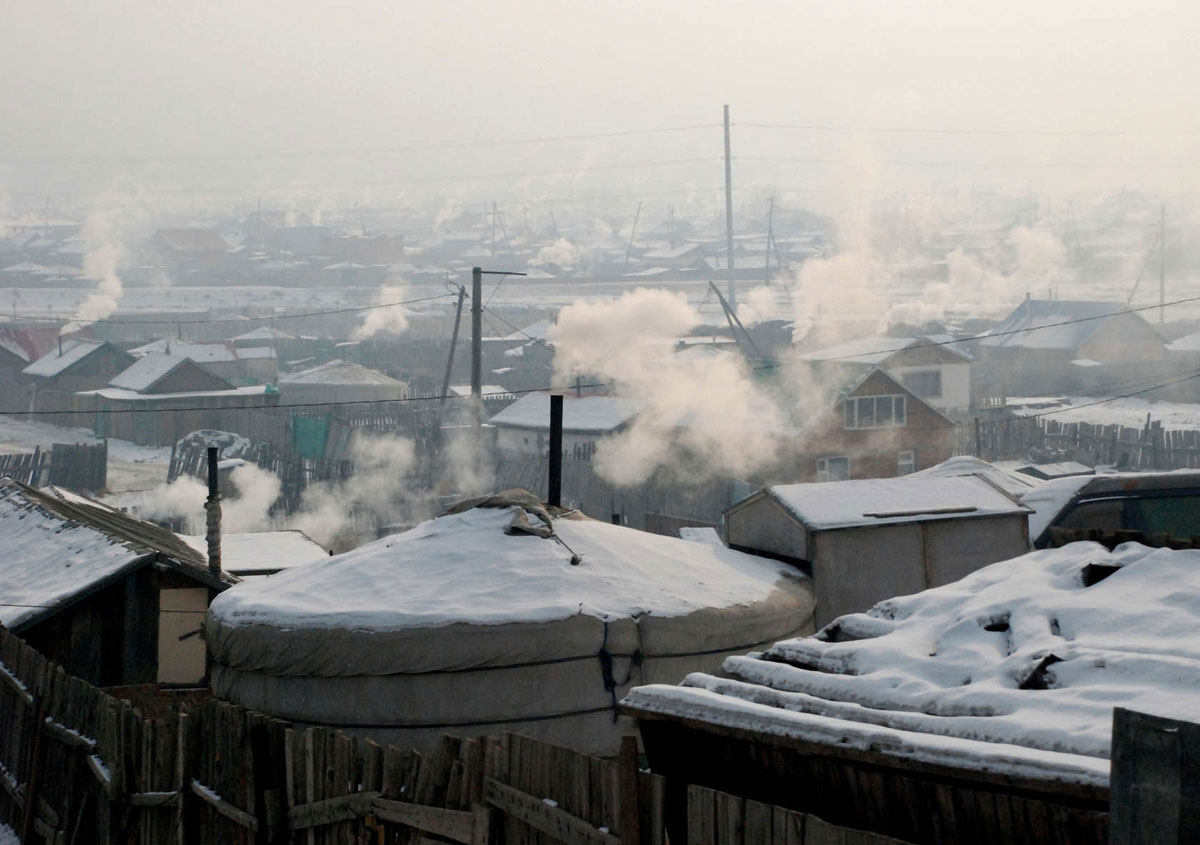 This project represents a step towards more embedded urban organizations that can anchor the future growth of the community. 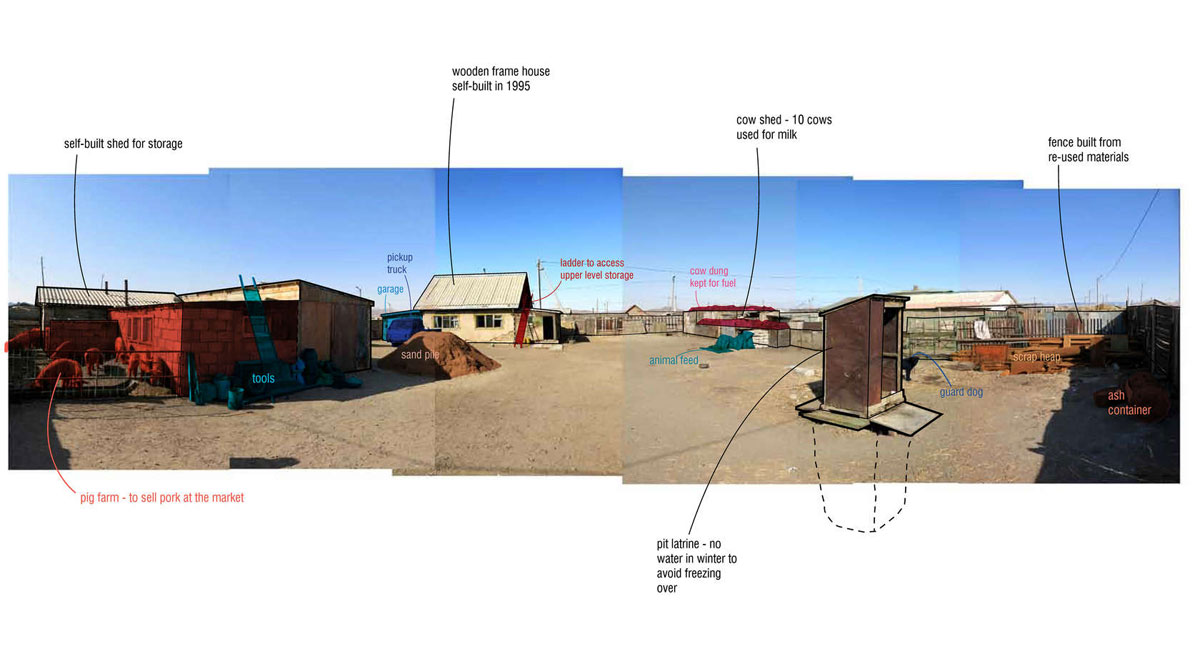