Legend tells that Harding and Son’s Windmill, operating during the 18th century on a once-existing island between Camden and Philadelphia, is buried under Camden. During low tide, a sandbar from what is now Coopers Poynt Park formed a land passage directly to the island critical for transporting goods, helping first make Camden a vital hub. Camden abounds with lost history. RCA Victor recorded the 20th-century classical and jazz greats; many original vinyls in its Cooper Street warehouse were dumped at the shoreline in 1971, along with the building which housed them. 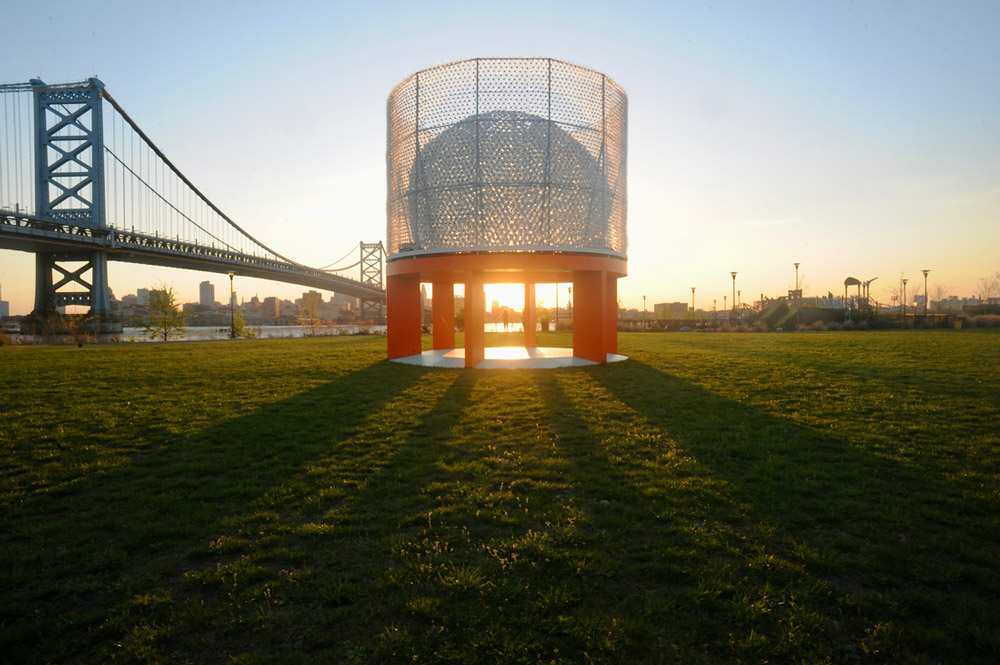 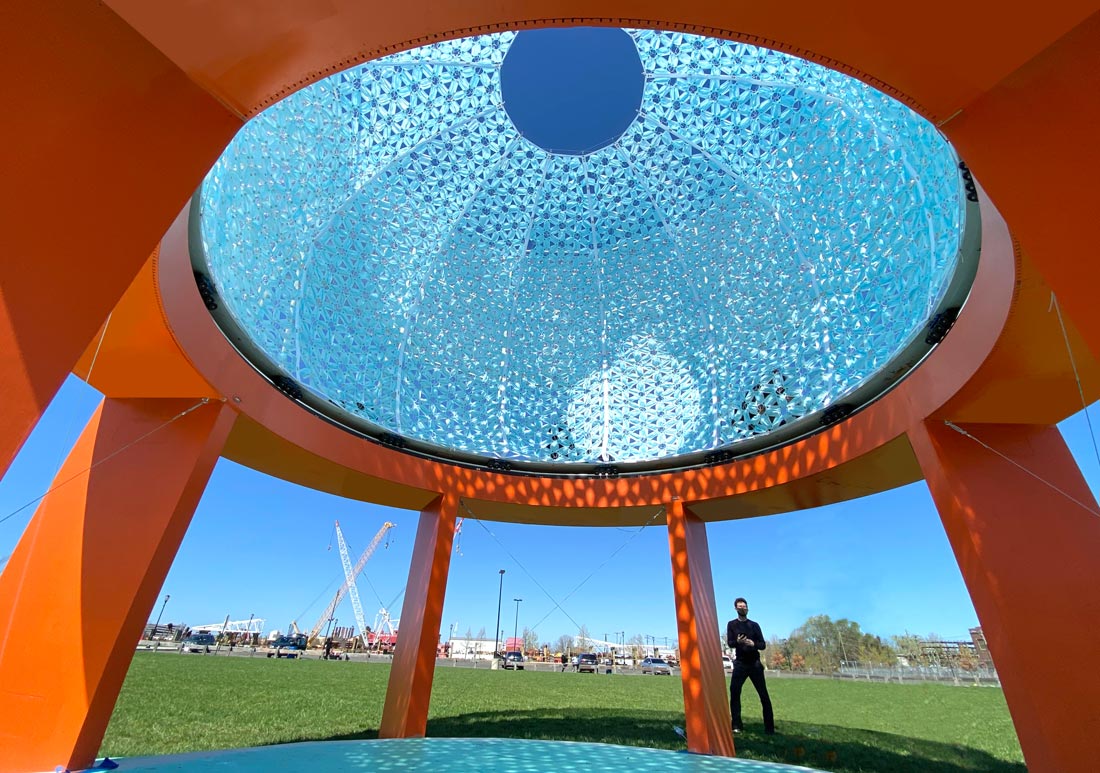 With Camden Turntable, the discarded is unearthed, reconsidered. At Coopers Poynt Park, a wind-powered beacon becomes a shoreline focal point. Using wind energy captured by thousands of cut two-liter soda bottles, a cylinder spins above a ring of scaffolding. Inside, a lightweight dome of discarded plastics, with an oculus open to sky, forms a space to contemplate the cycles of Camden’s history and potential energy ahead. 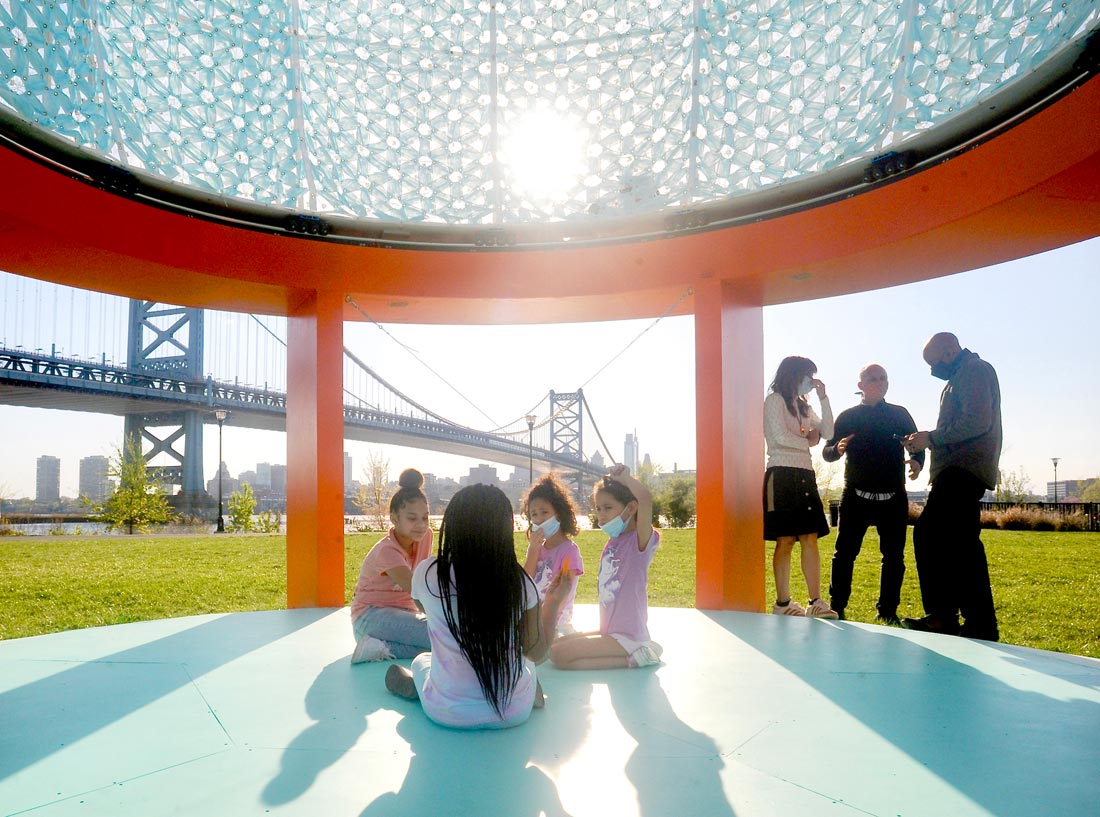 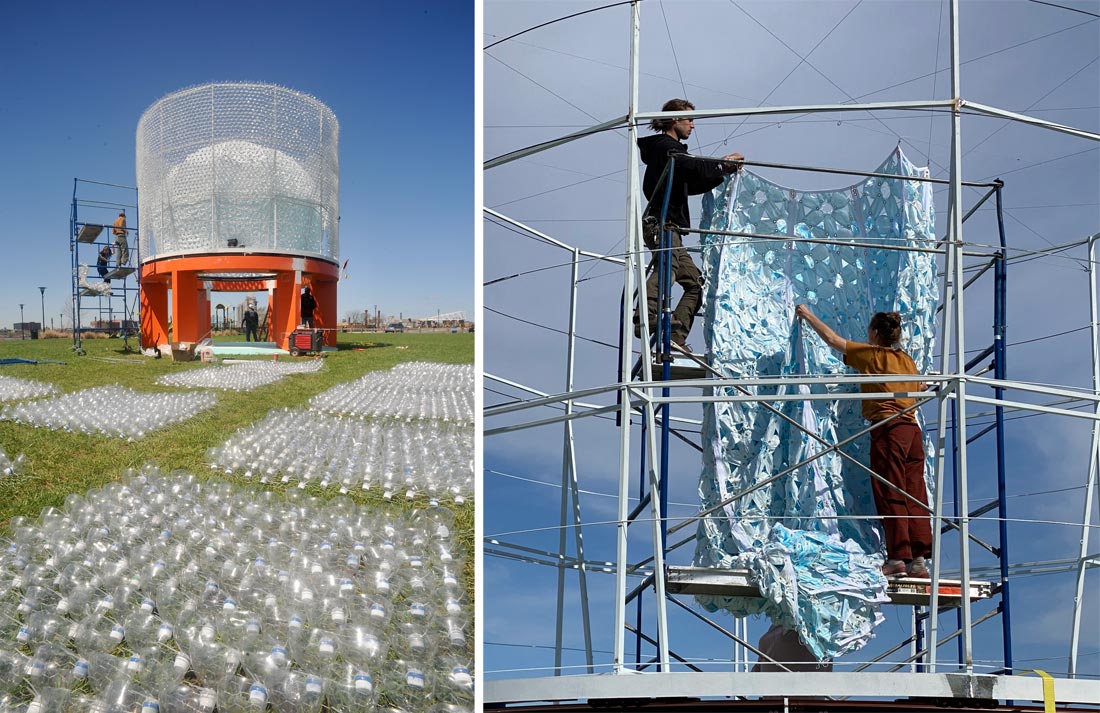 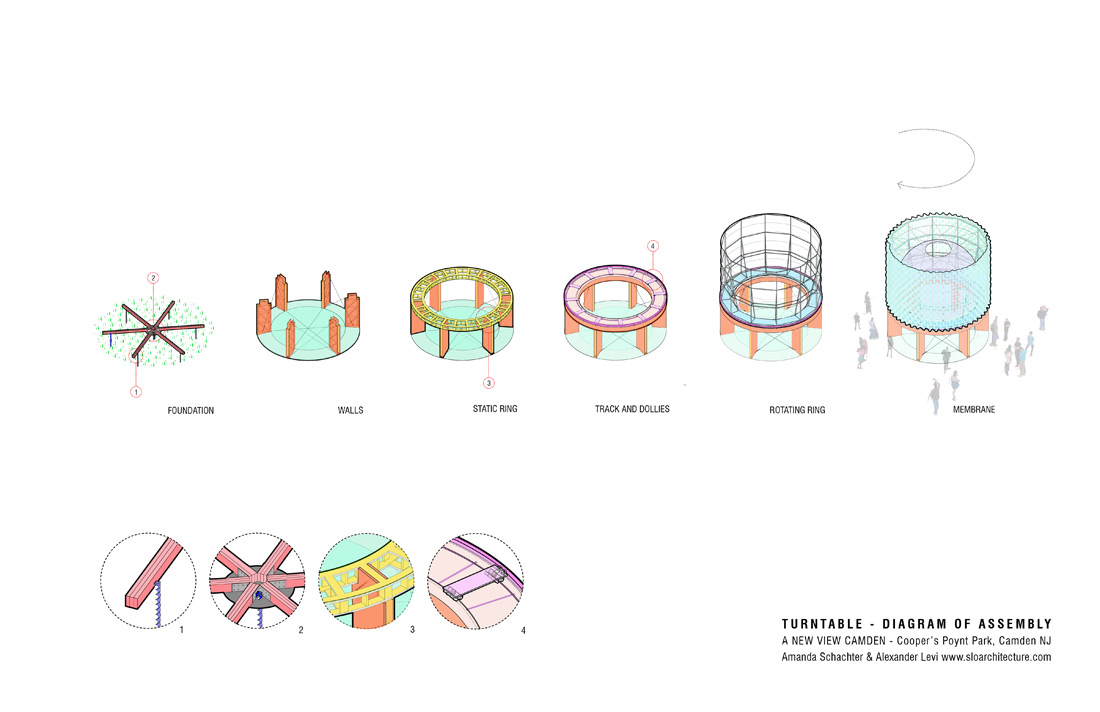 A New View will transform six highly visible spaces along Camden’s public transportation corridors from eyesores, used for illegal dumping, into multi-purpose community forums. These converted spaces will host dynamic temporary art installations and creative programming that will provide a new view to the more than 65,000 people who travel through Camden daily and its 77,000 residents. 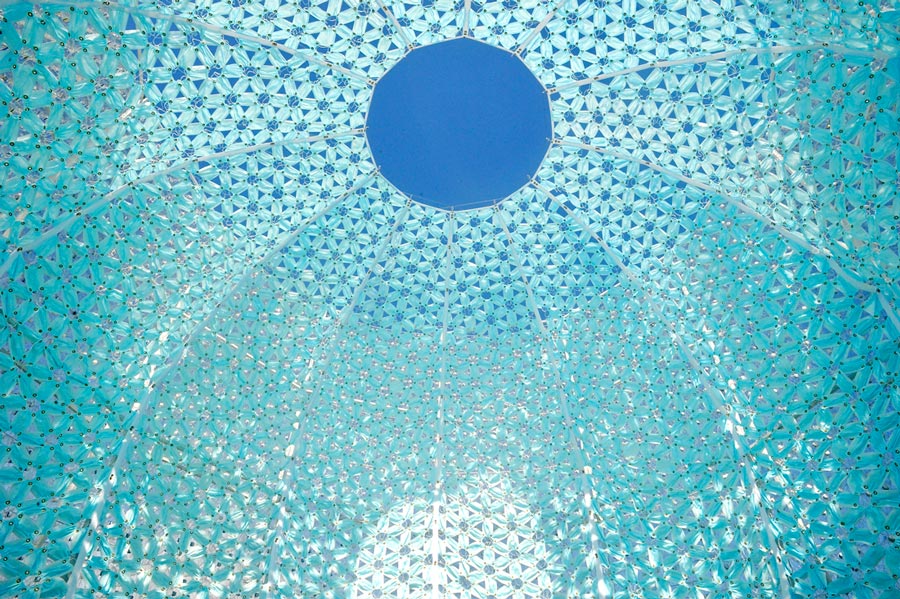 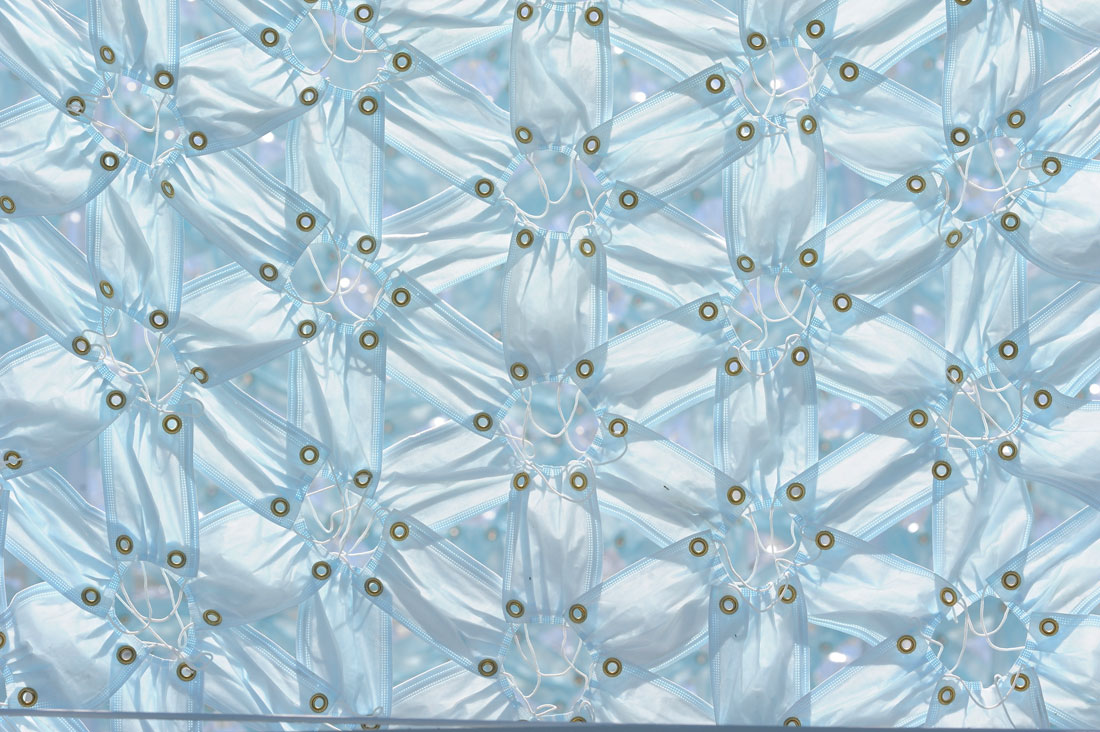