The triangular shape of Torico Square in Teruel is not coincidental. It comes from the natural slopes where rainwater runs. Over time this created a morphology was, transforming land, domesticating inclines, transcribing the vectors of its organization onto other systems. Socially, Plaza del Torico is an extension of the urban fabric, a space for leisure and for residents to enjoy. Its dual status as a connector for circulation and a meeting place required a design solutions that imagined the future, while respecting its spatial and heritage qualities. 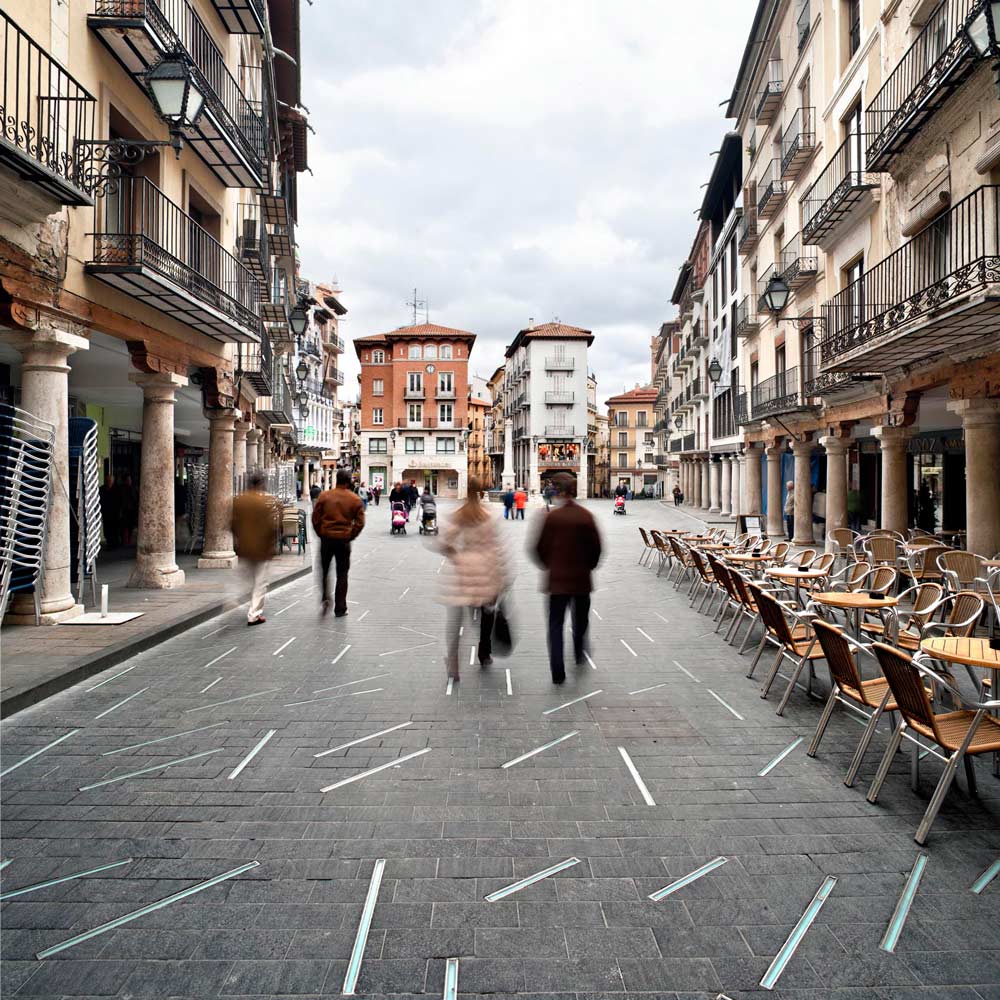 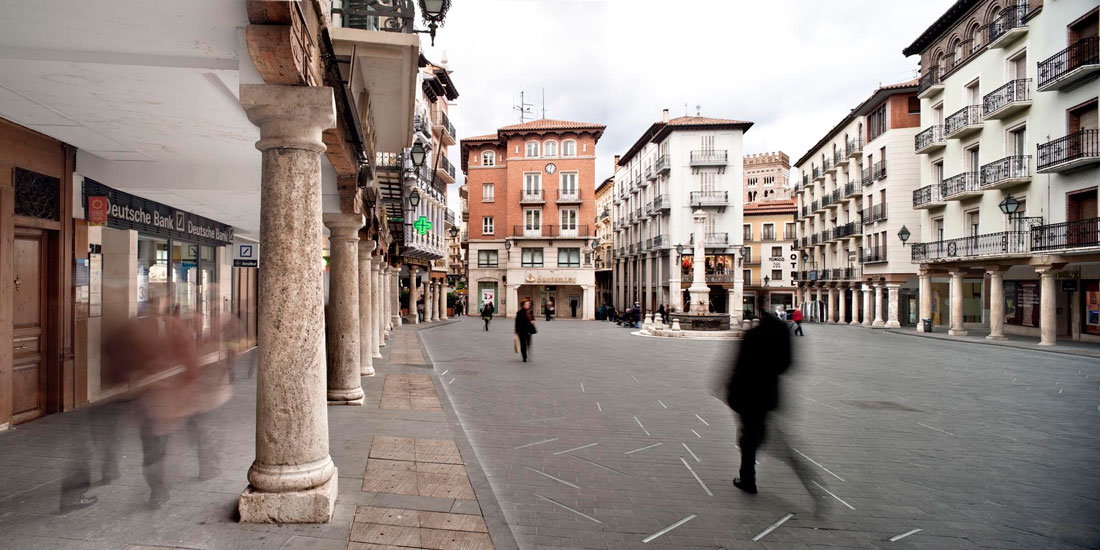 This projects is the remodeling of a square that covers 1,798.76 m2 along with the porches alongside it, measuring 1,047,01 m2, with the renovation of the pavement using basaltic stone pavers. The design also includes a gallery to connect the Somero and Fondero cisterns, and a museum area with a total of 409.56 m2. The intervention has sought to improve circulation and public access through the connection between the two tanks that allows for viewing Albellón water pipe structure and using the Somero cistern as space for future exhibitions. 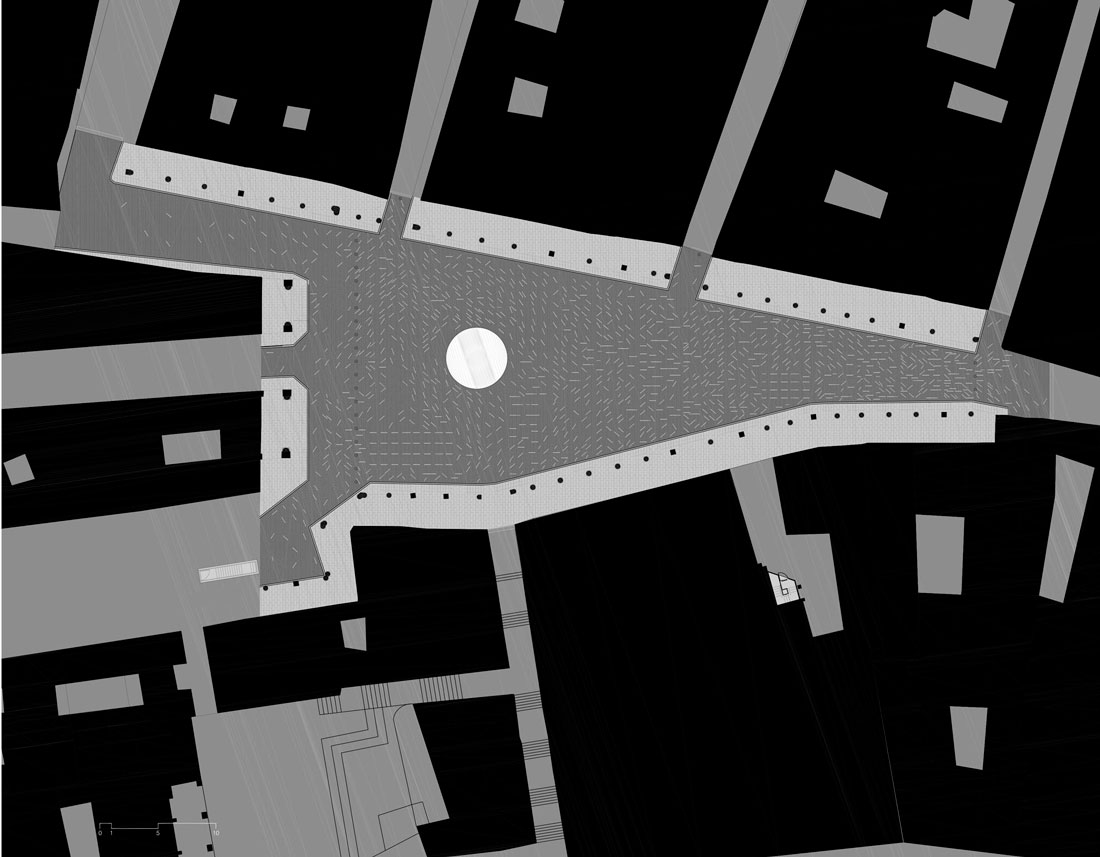 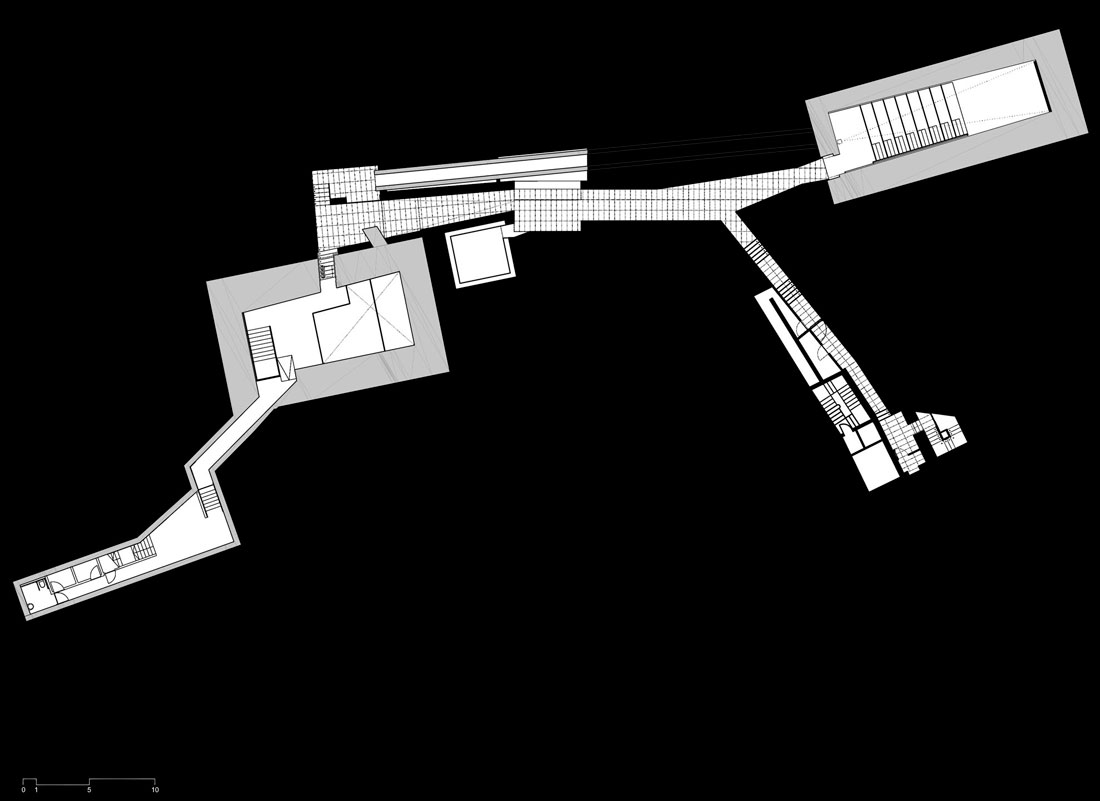 The intervention focuses on the complete renovation of the appearance of the square, its pavement, the porches and façades, with attention to carefully designed lighting. In addition, it includes the recovery for the public of the cisterns located under the square, elements of great value and artistic heritage. 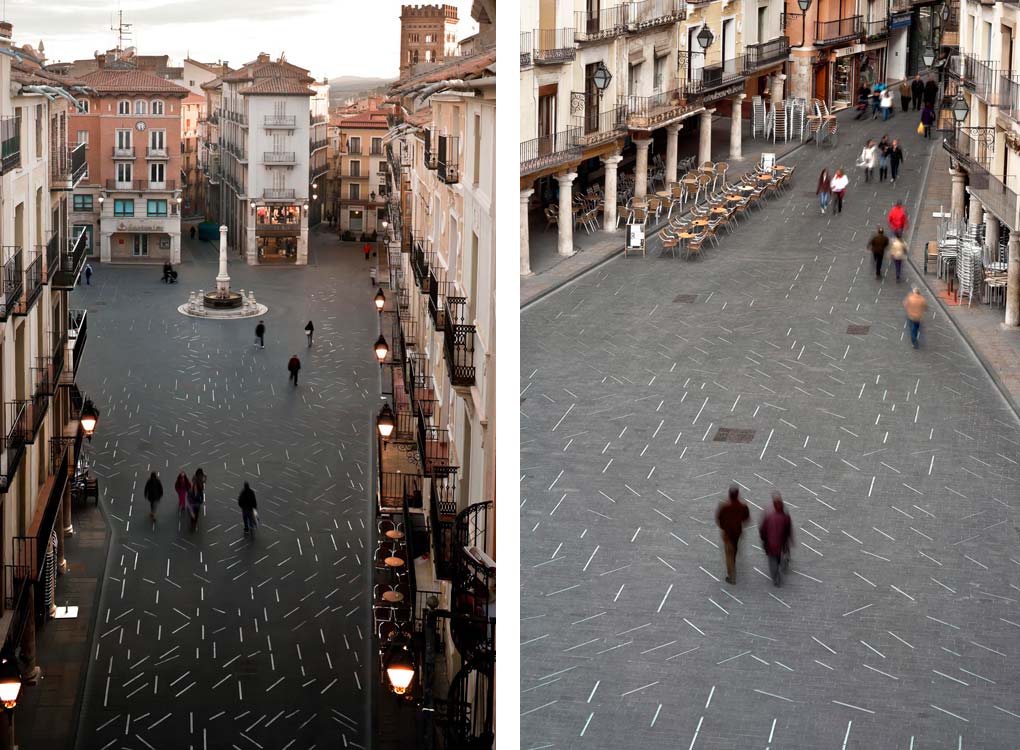 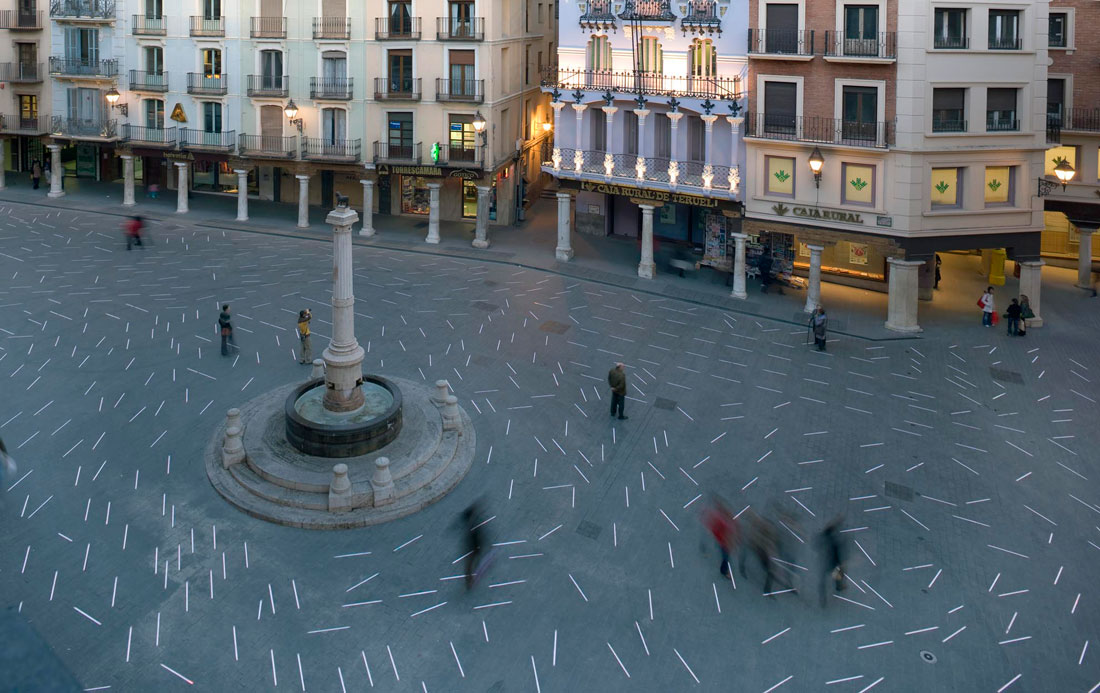 The pavement developed provides a sensory relationship to the variety of interpretations of the stories, events and emotions that converge in the square. The compositional strategy of systematic repetition and variation materializes physically on the surface of the basalt pavement in embedded lights, using a system based on LED technology. The changes are derived from the runoff diagram of the square, which translates into lines of force, causing bifurcations and inflections in response to various obstacles: on the surface at the Torico fountain (where the lighting reaches a turning point); below ground on the cisterns, where the vector density is reduced by half, so that the presence of underground archeological values is visible in the public space. The remodeling of the Plaza del Torico has included an innovative lighting system consisting of 1,230 led lamps embedded in the ground that have the ability to change color based on a video program, which can generate different textures and rhythms of light. 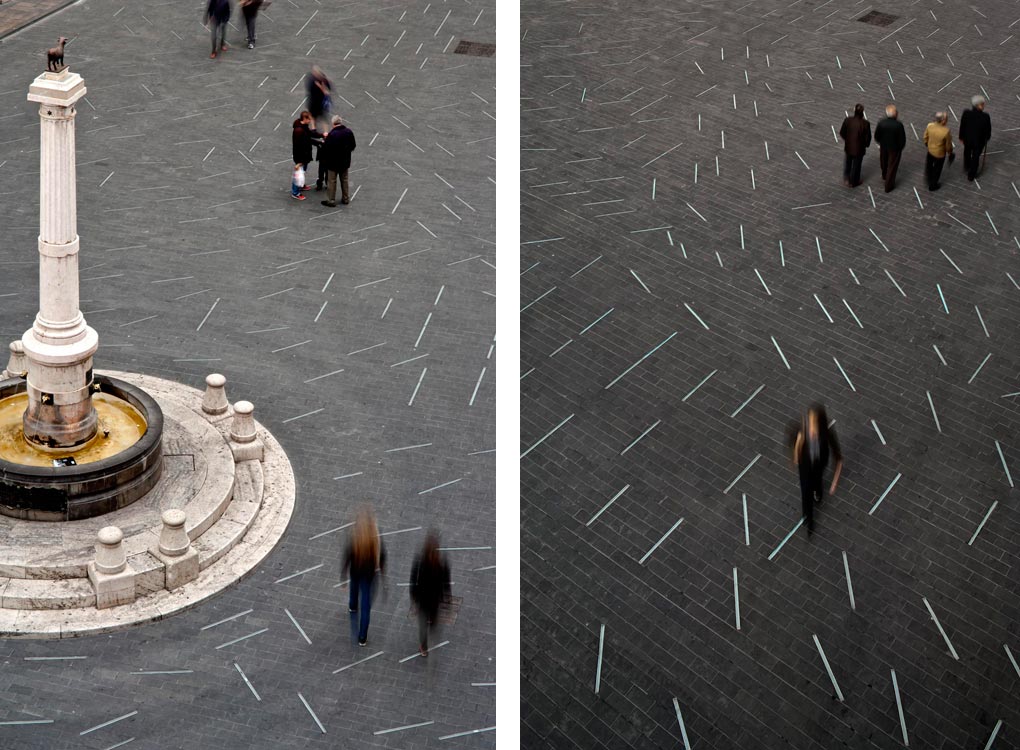 The lighting of the façades, following the criteria of the European Union, is by lamps pointed to bathe the buildings in the same direction from top to bottom, highlighting their features. In the porches, indirect lighting has been used which emphasizes other items, while the lights from the façades of the square are focused light beams. 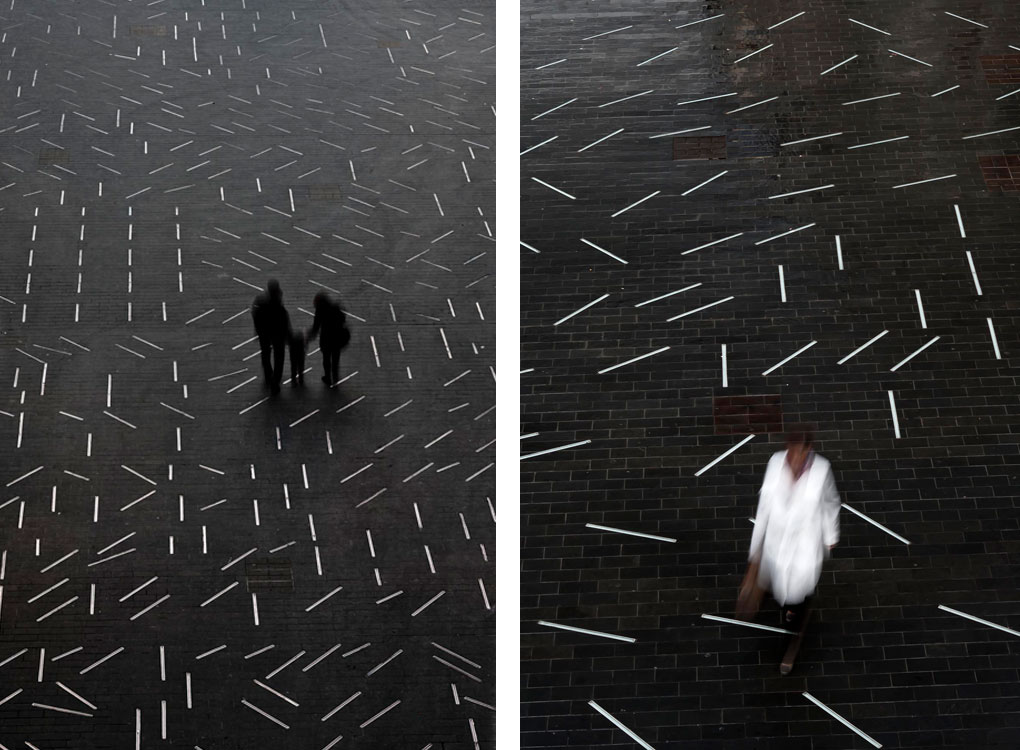 In order to provide a pleasant light on the plaza without detracting attention from the pattern of the embedded lights in the pavement, the façades and the horizontal plane of the porch are also lit. In the latter, a new drop ceiling has helped upgrade the fixtures that used to hang from the lintel of the exterior façade of the porches. The light, flush and lightly bathing the façades, illuminates in a linear fashion vertically from the cornices, while the sides of the drop ceilinged porches, along the perimeter of the square glow in a horizontal and diffuse pattern. 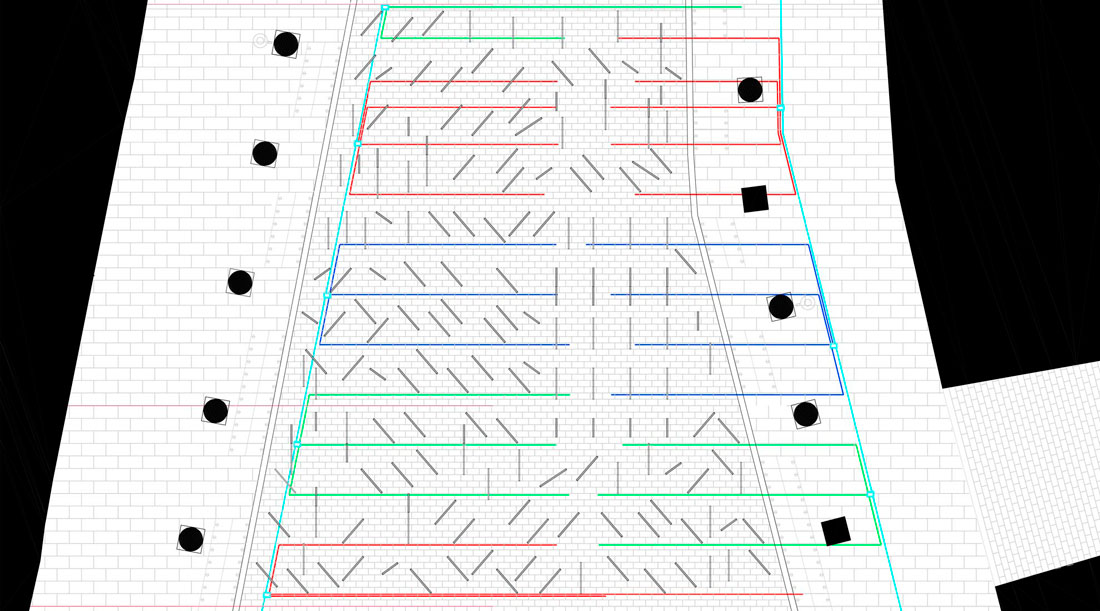 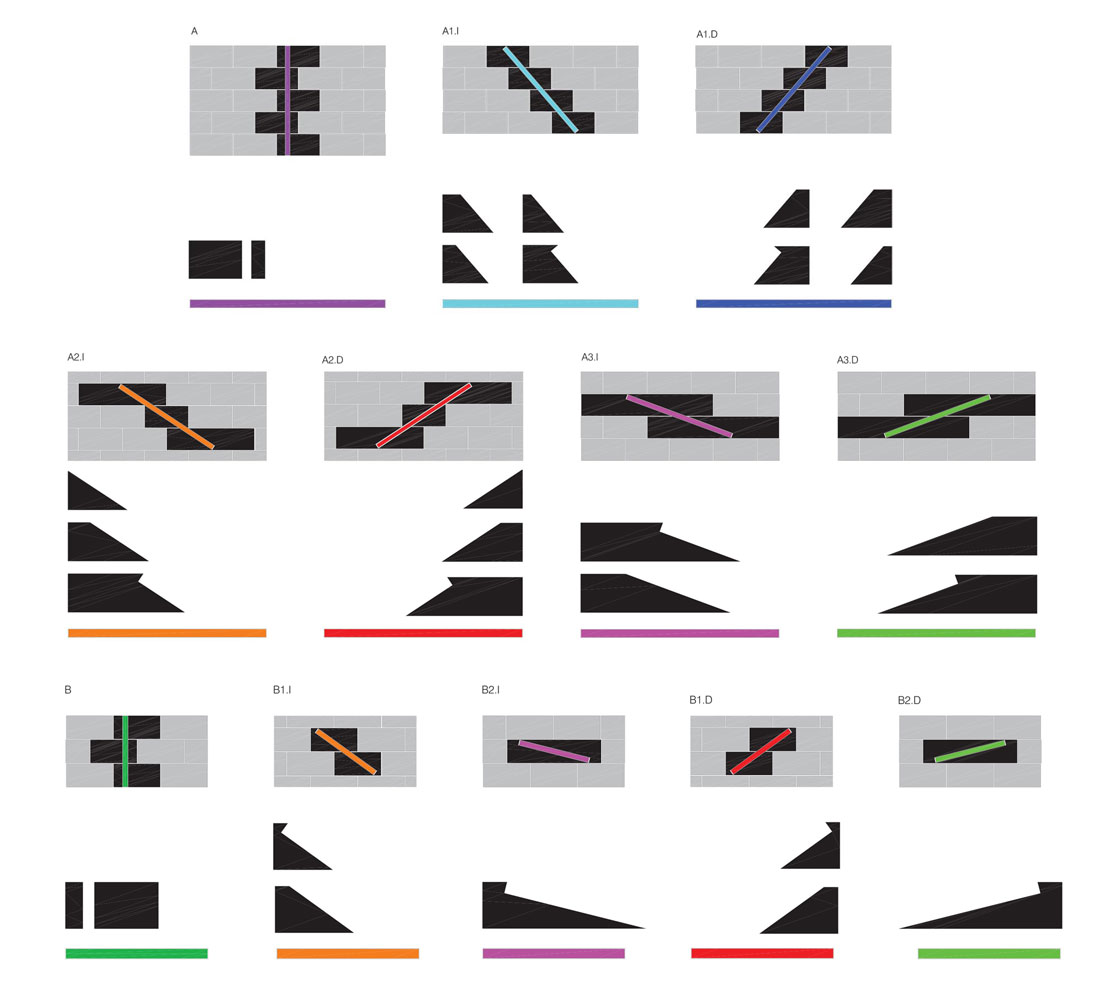 The lighting of the plaza is limited to the vertical plane of the façade, which then rotates into the horizontal plane of the drop ceiling of the porches. This linear lighting system that reinforces both directions in the plaza is subtle because of its small size. By using cutting-edge technologies in the general lighting of the façades and porches around the square we reduce maintenance interventions to every 20 years, as well as the energy consumption corresponding to lighting system. 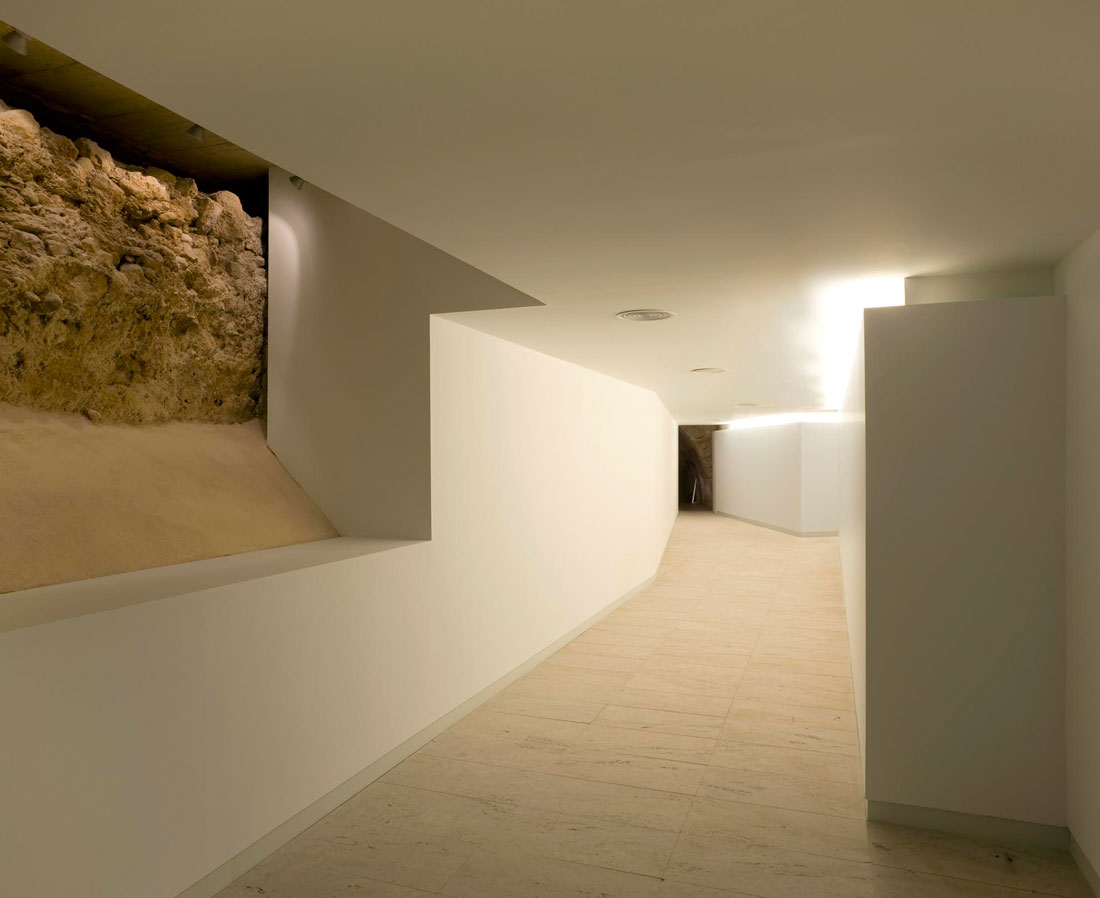 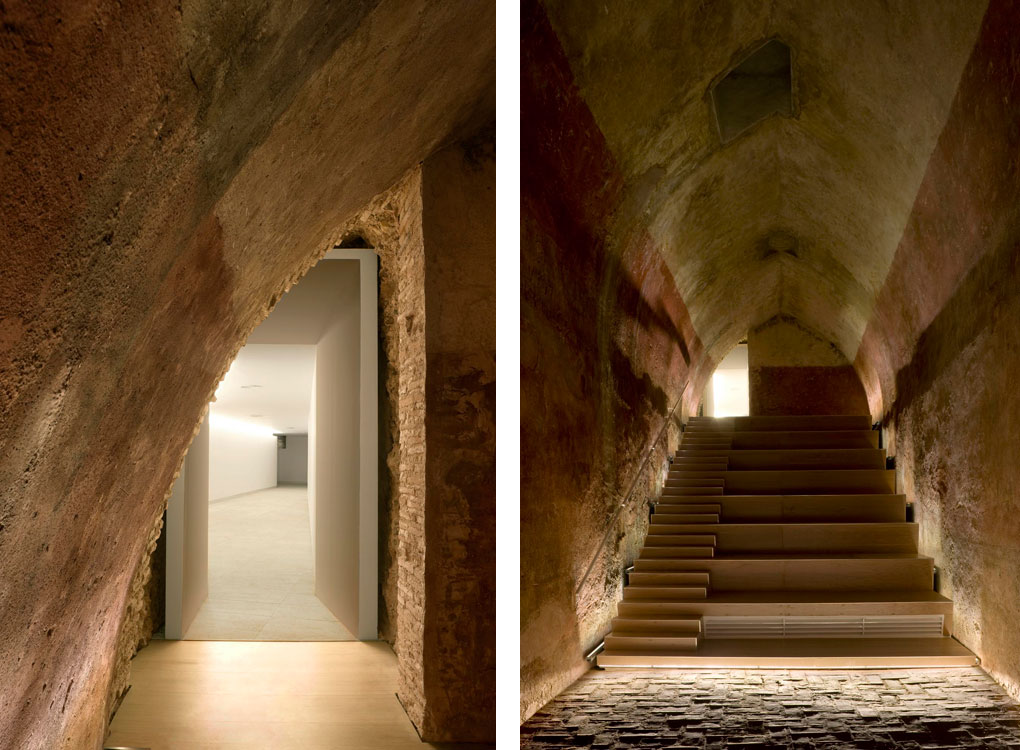 In the implementation of the project as a whole particular attention has been paid to detail, qualities and finishes with the use of quality materials. In the spaces underground, the floors have been clad with natural stone. Light colors prevail over others and, in conjunction with the light treatment, they accentuate the characteristics and proportions of the space and its archaeological elements. It is an invitation, in the town of Teruel, to enjoy a dynamic tour between archaeological artefacts from the past and contemporary art forms. 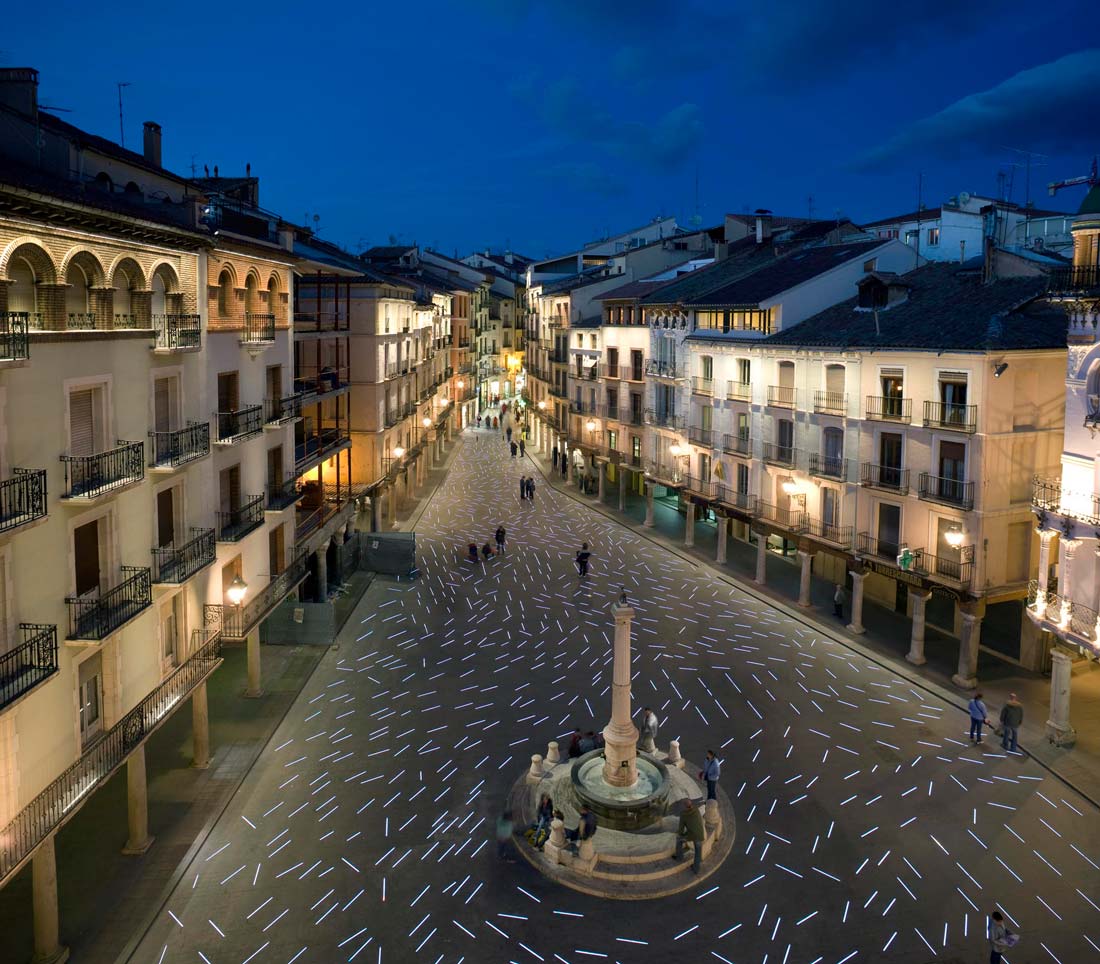 The Plaza del Torico opened to the public with a completely renovated image, with more depth and with light as a backdrop to enhance its beauty and its heritage as an emblematic public space in Teruel. The beautification of the heritage of the city of Teruel, generating spaces for the enjoyment of citizens while improving the attractiveness of the capital of the Mudejar, are all embodied in this rehabilitation.