A complex family, made by a young woman married with a western America’s soul man, are living with two sons and one daughter. They where looking for new house –or houses- that could be representing their trips around the world and their (very different) aesthetic references. 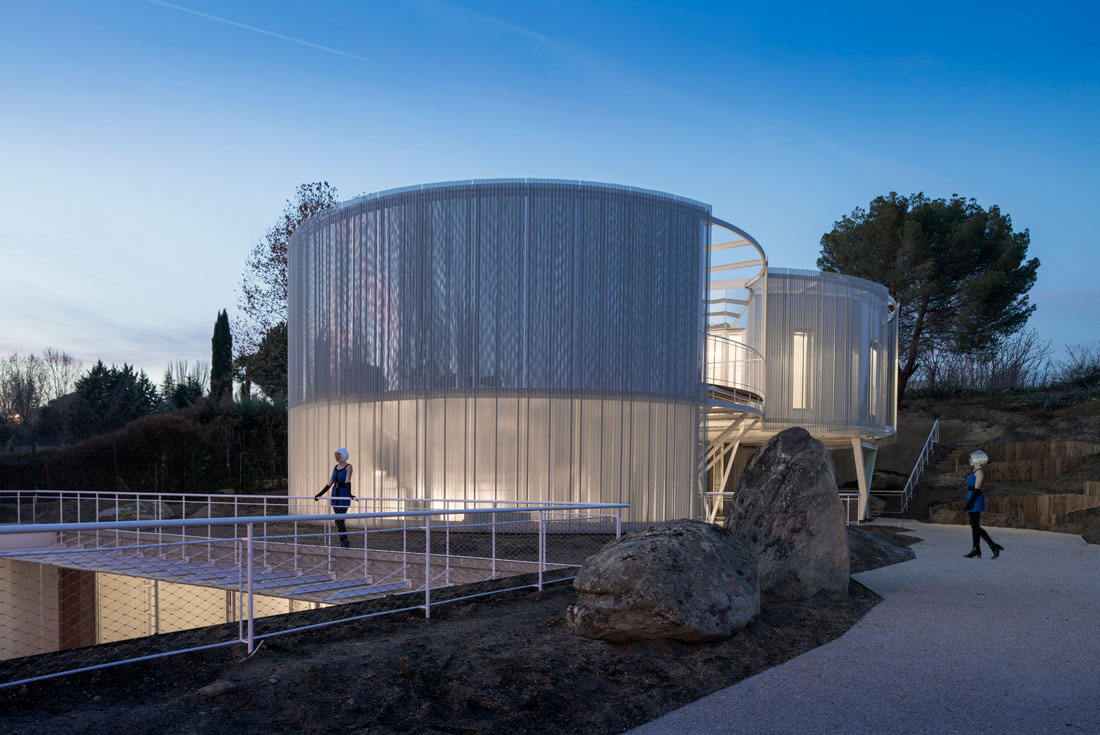 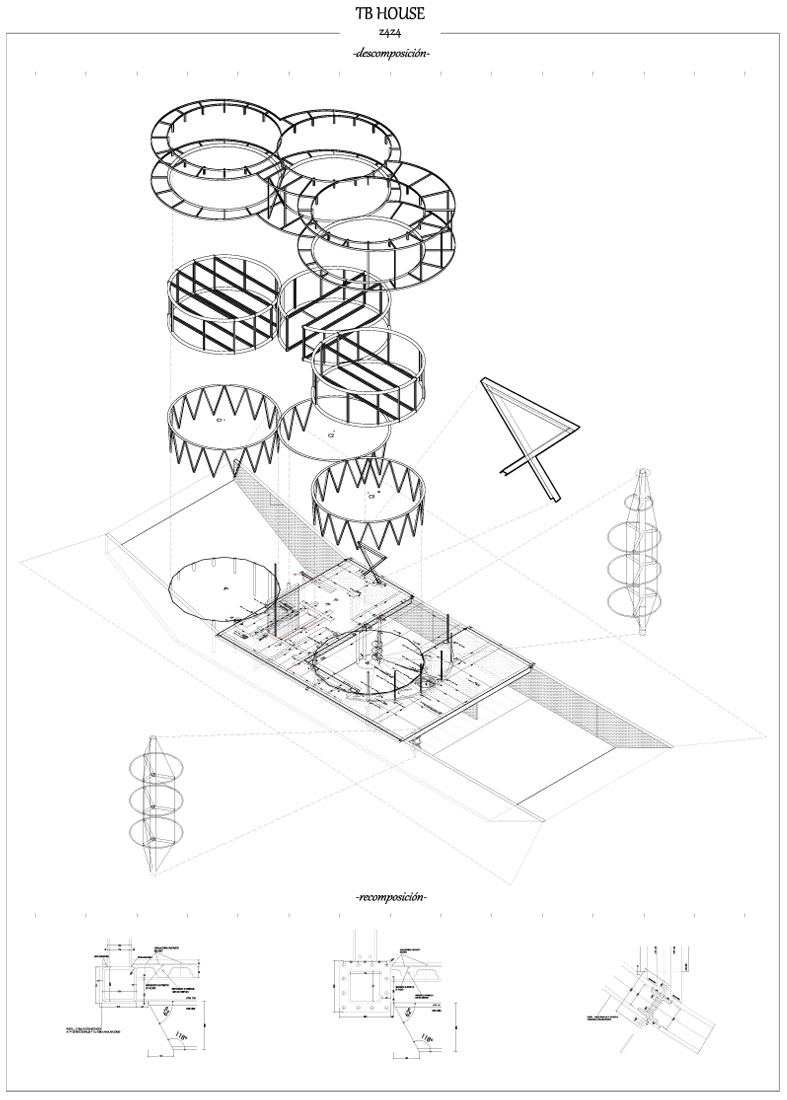 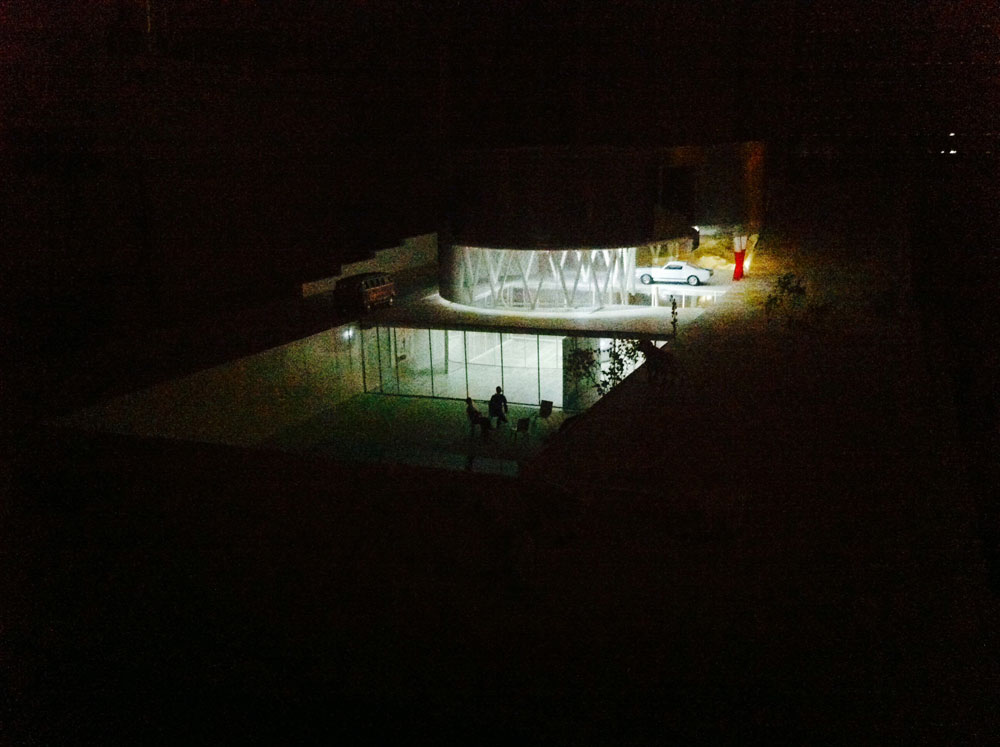 The TB House is a private house of three floors over a toboggan looking in front at nowhere and turning left, to Madrid landmark: “Four Towers” // The project overlaps two houses keeping between them a void for the parking // The lower floor is constructed underground: two large parallels concrete walls cut the soil to accommodate two rectangular rooms. These rooms are connected by a corridor that wants to be a Showcase that look at a patio. In the South, there is one garden that represents the image of the “good live” depicted by green grass and a swimming pool what wants to be a mirror. In the north an “erotic imagery” composed by a picturesque garden is composed by grottos and wild vegetation. Over the level of this intimate life, a flat surface maintains the continuous of the nature, the car egress that permits arrive till the bottom. Here it appears two connections with the upper floor. The upper floor arrived by cranes, cut in pieces and flying over the site. Eleven pieces are composing three tangents cylinders covered by four quite different layers: wood, mirror, void and an industrial undulated and micro perforates grey, (almost White), plates // Inside of the cylinders the super interior of the comfort: natural surfaces of wood, cotton, line or silk // Here all is almost ready to fly nowhere. 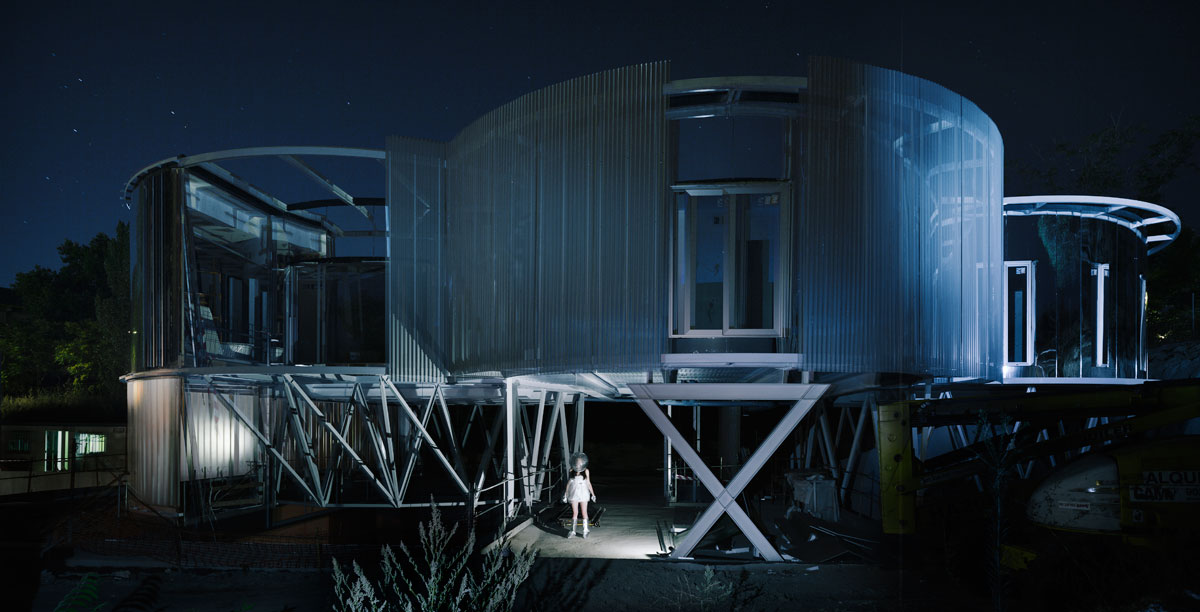 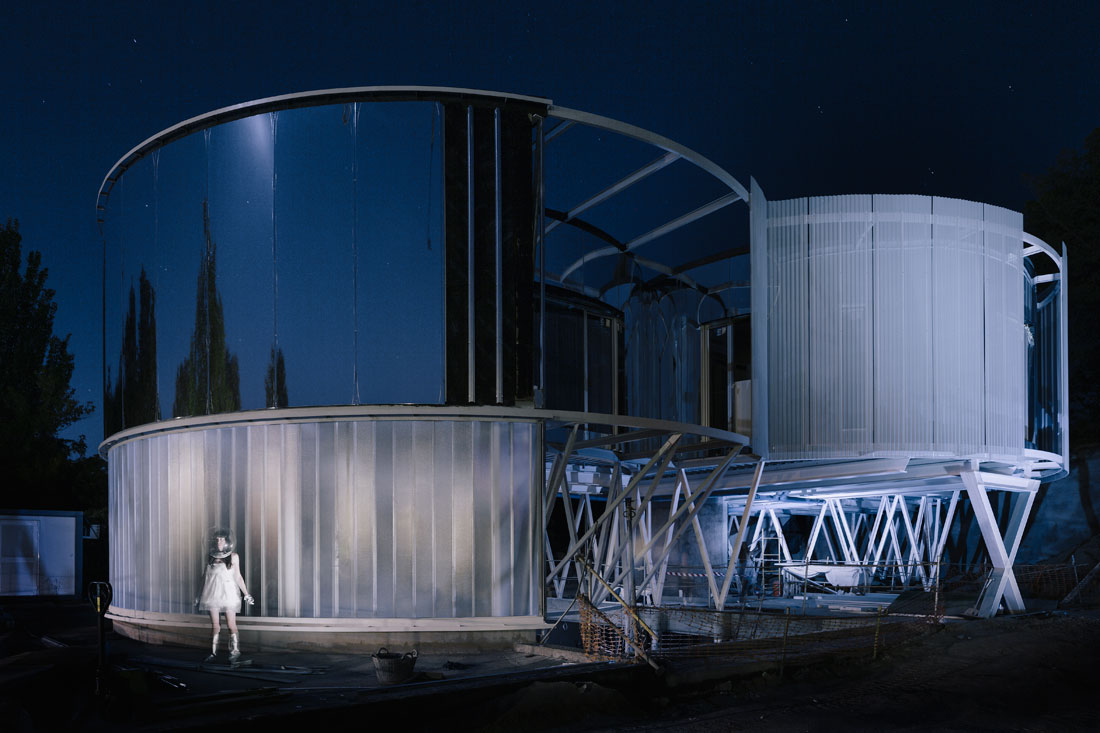 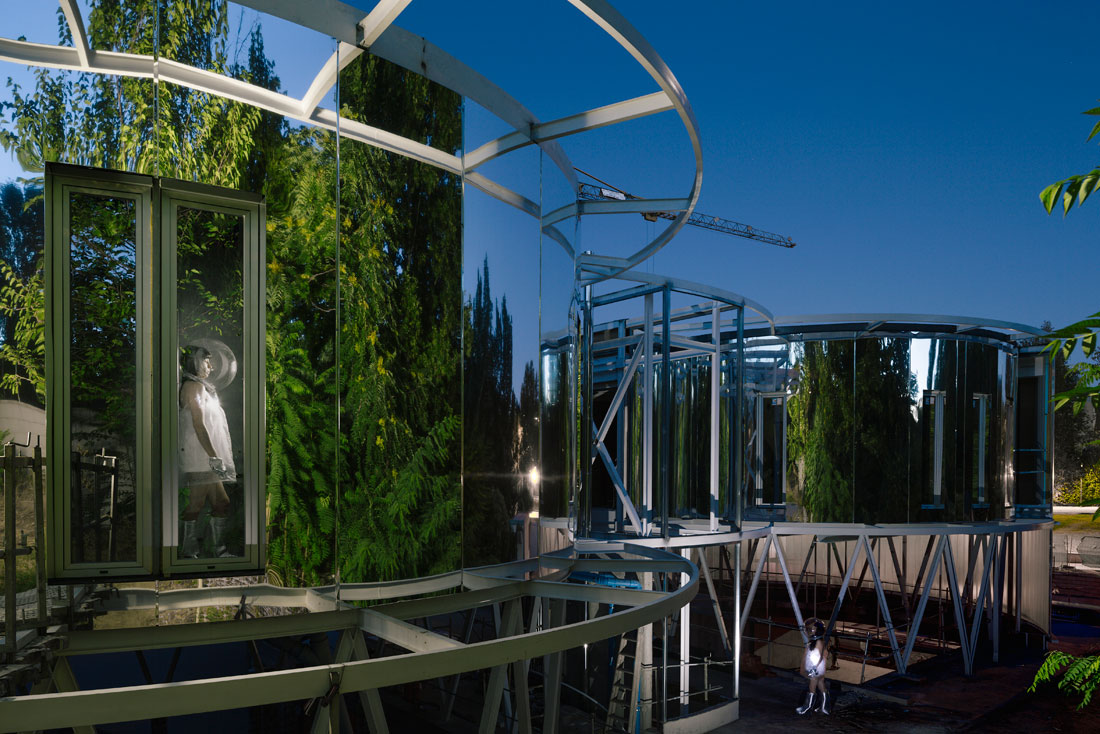 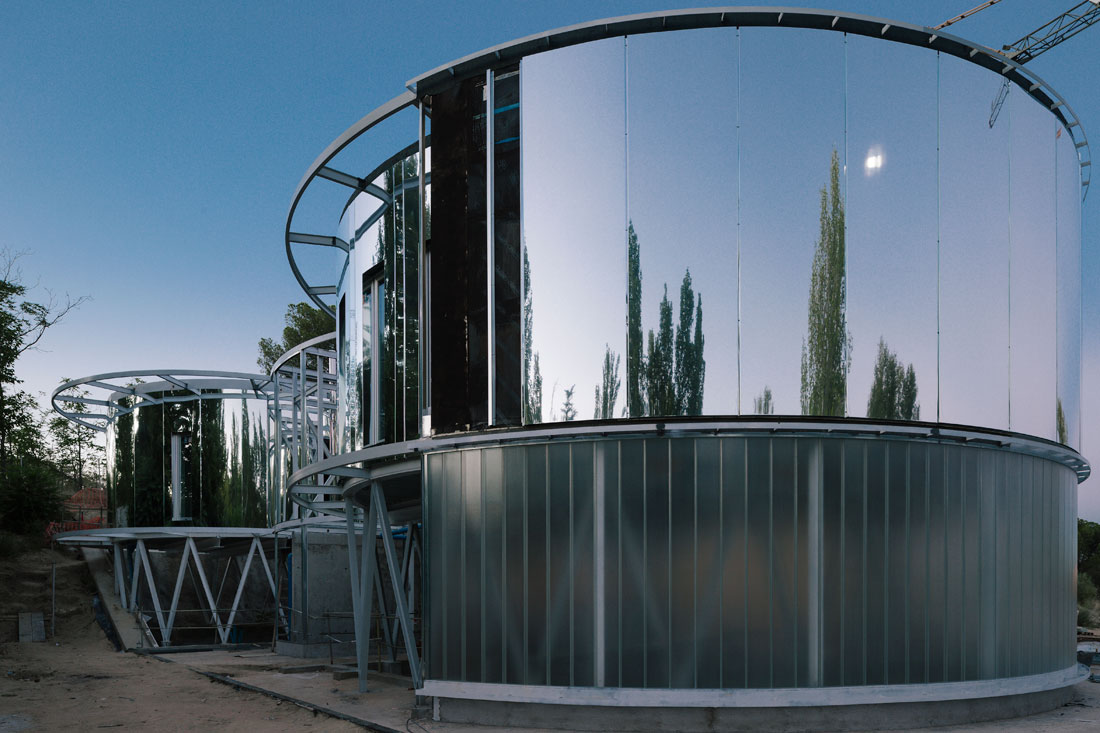 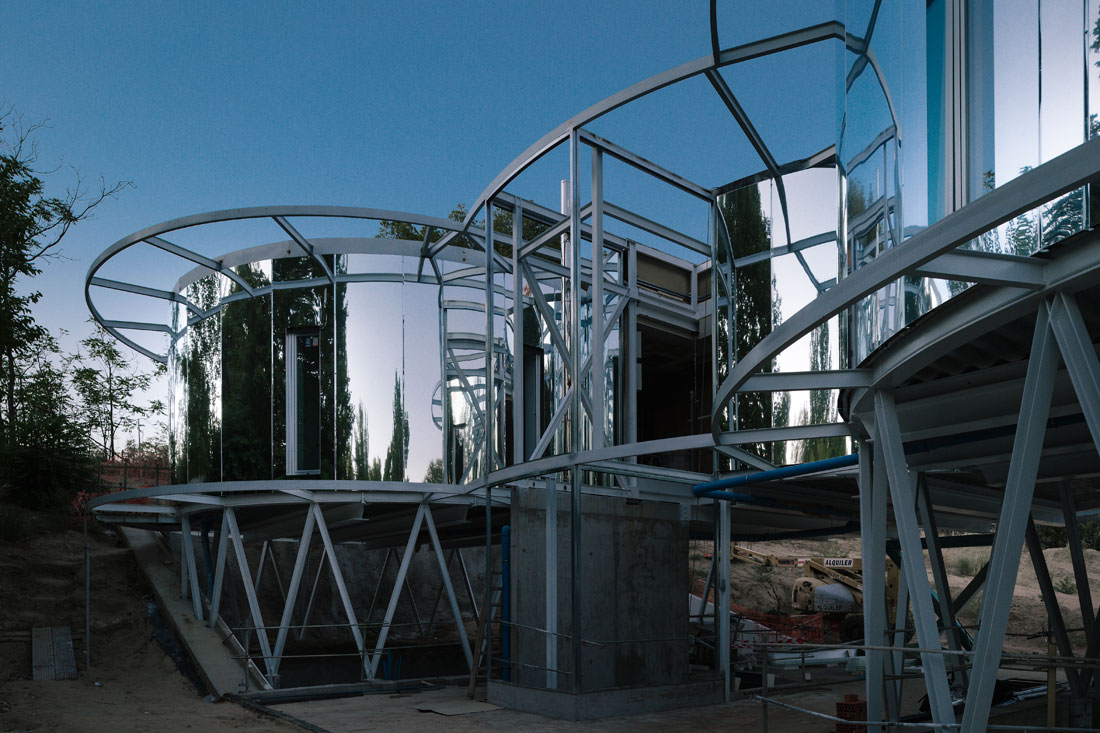 One house is aware of the soil, the gravity and the weight. Other one is looking for the emancipation of the ground, the lightness, the immanence and the disappearance. Actually, two houses juxtaposed, different in all aspects: materiality, form, awareness of the load. But our real interest is in the third house: The house that appears between the two buried rectangular objects and the three cylindrical elements what compose the flying forms. For us, this one, is the real thing. It is a fight between contradictions, trying to keep the absence of gravity centre. The absence of a centre what is neither interior nor exterior. 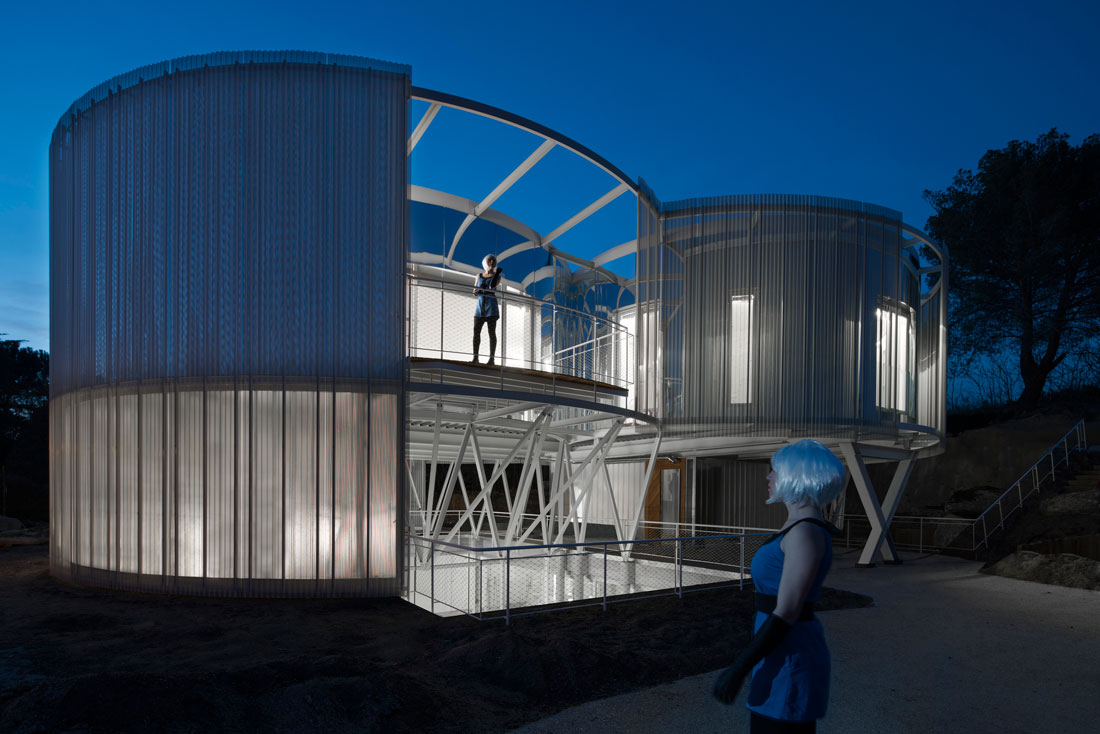 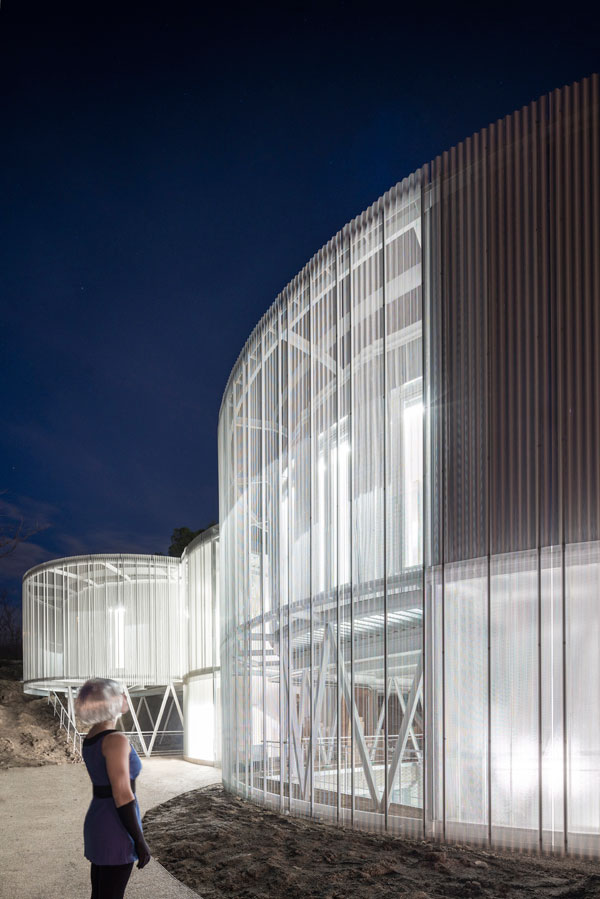 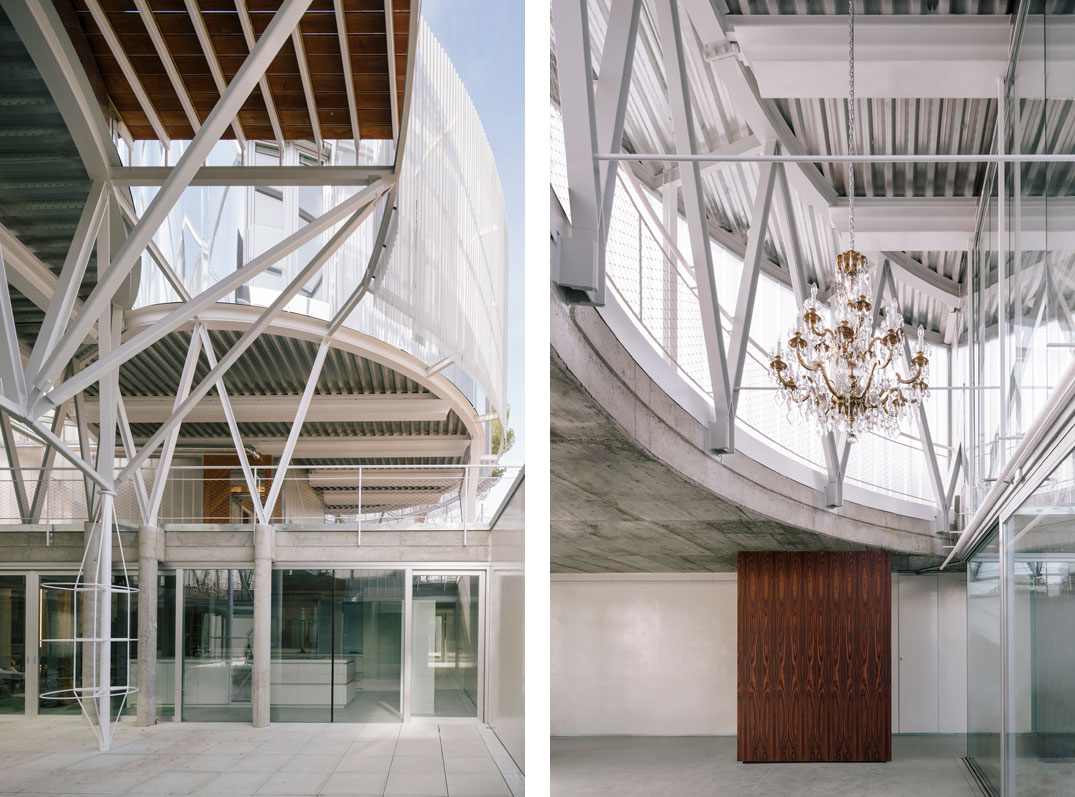 In order to know more about the TB House