How do we think of and design for an urbanism that is organized through time? How does logistics act as a vehicle for new forms of civic engagement? How can the sharing of resources be the core of new cities? The following case study uses the offshore oil extraction settlements as a basis for rethinking the city.

In the middle of the ocean, water both isolates islands of activity and connects these objects within a broader network. The scale of mobility at sea has no dry analogue—ships can transport cargo the size of city blocks with relative ease. With such capacity, it is possible to condense the spatially dispersed population of the oil fields into a single network scheduled through time. While land-based mobility remains relatively limited, by way of the ocean, people and city can move omni-directionally. Optimizing this condition, Frequencity deploys a diverse range of program shared through three moving networks that interface between a series of static points to offer the complexity and diversity of the city in a dispersed logistical environment.

The interplay of various components of a city and their systemic organization could be characterized through a principle of association. For Team 10, scale was the defining factor in classifying association. These scales were linked to organizational types—house, street, district, and city. The systemic association of these types, however, was largely based on the organizational principles of infrastructure as mobility. The use of hard, static infrastructure on land, however, never allowed the associative integration that Team 10 imagined. Frequencity re-investigates Team 10’s theory as a basis for design, taking advantage of the unique constraints and opportunities offered by urbanism on water. The incredible mobility of the ocean enables a dynamic system that can achieve what Team 10 intended but could not actualize on land. What follows is a framework for urbanism planned not just through a hierarchy in scale but also in time. The problem of density is replaced by the opportunity of frequency.

Aquamobility allows both the programmatic diversity of a city and the intimacy of a street to exist in a single space over time. In a typical city, diversity and scales of program are limited to certain core populations that can sup- port such use. Frequencity uses the mobility of the water to move program throughout the water so the various islands—despite their size—are afforded a diversity of program at differential frequencies. This becomes an urbanism of logistics, revolving around a complex schedule, capable of aggregating bits into pieces and pieces into wholes. While wholes may never be physically contiguous, mobile programs and opportunities for exchange forge connection between them. Streets, districts, and cities are bound by the associations they share across time rather than space; scheduled aggregations and separations replace proximity to establish subdivisions of the city. The range of choice we experience in the city can be broadened by surrendering some modicum of control. The master schedule correlates frequency of availability with frequency of use. By extending program across the polynuclear network, the range of services and amenities found in a large metropolis are made available to the offshore city of sixty thousand. When a ship docks, people may flock to temporary programs not always available and return home afterwards to the locality of their neighborhood. Frequencity therefore manages both the diversity of a city and the intimacy of a neighborhood. 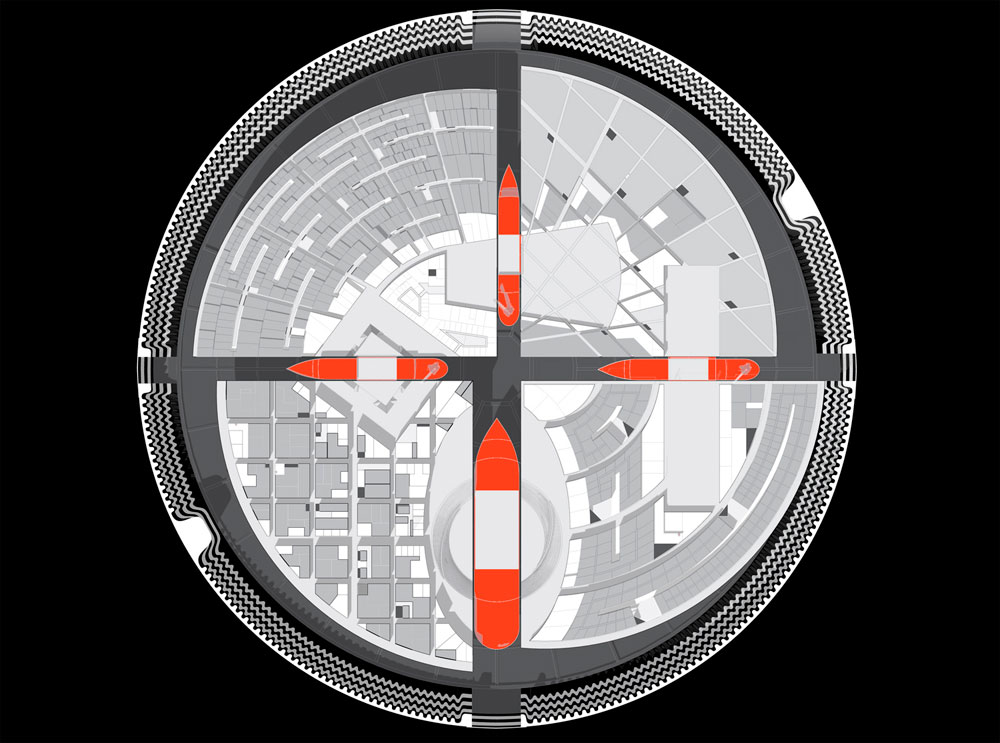 A mobile system can adjust much like an ecological system of association. It can grow and shrink in response to local stimulus, such as the excitement of Carnival or to broad shifts, such as the inevitable migration to the Santos Basin as reserves in the Campos decline. The inherent malleability of the schedule makes this form of urbanism resilient to transformation. The project derives its name from its constant condition of flux and cycle. Restaurants, schools, and churches appear and disappear. Entire districts are reoriented, consolidated and isolated over time. This schedule is typical of land-based cities, except that in Frequencity, programs move rather than users.

As mobile programs interact with static points over time, each point becomes tied to the system as a whole. The city itself becomes an accumulation of people tied together through schedule rather than proximity. Frequencity suggests that the contact and exchange allowed across time can be comparable to the contact and exchange allowed across land. Designed in time, this becomes an urbanism of movement defined by its logistical schedule. 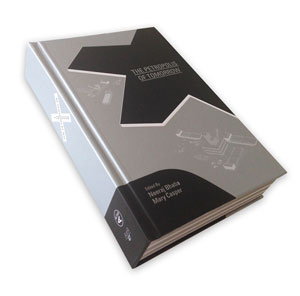