The Silo: From Storage Container to Urban Focal Point

As the centrepiece of Copenhagen’s redeveloped Nordhavn (North Harbour), Danish architects COBE and clients Klaus Kastbjerg and NRE Denmark unveil the completed transformation of The Silo. The for­mer industrial silo was originally used as a storage container for grain. Fifty years later, the 17-storey silo has been converted for new use as a residential apartment building with 38 unique units, ranging from 106 m2 to 401 m2 in size, and with public functions such as event and dining facilities on the upper and lower levels. 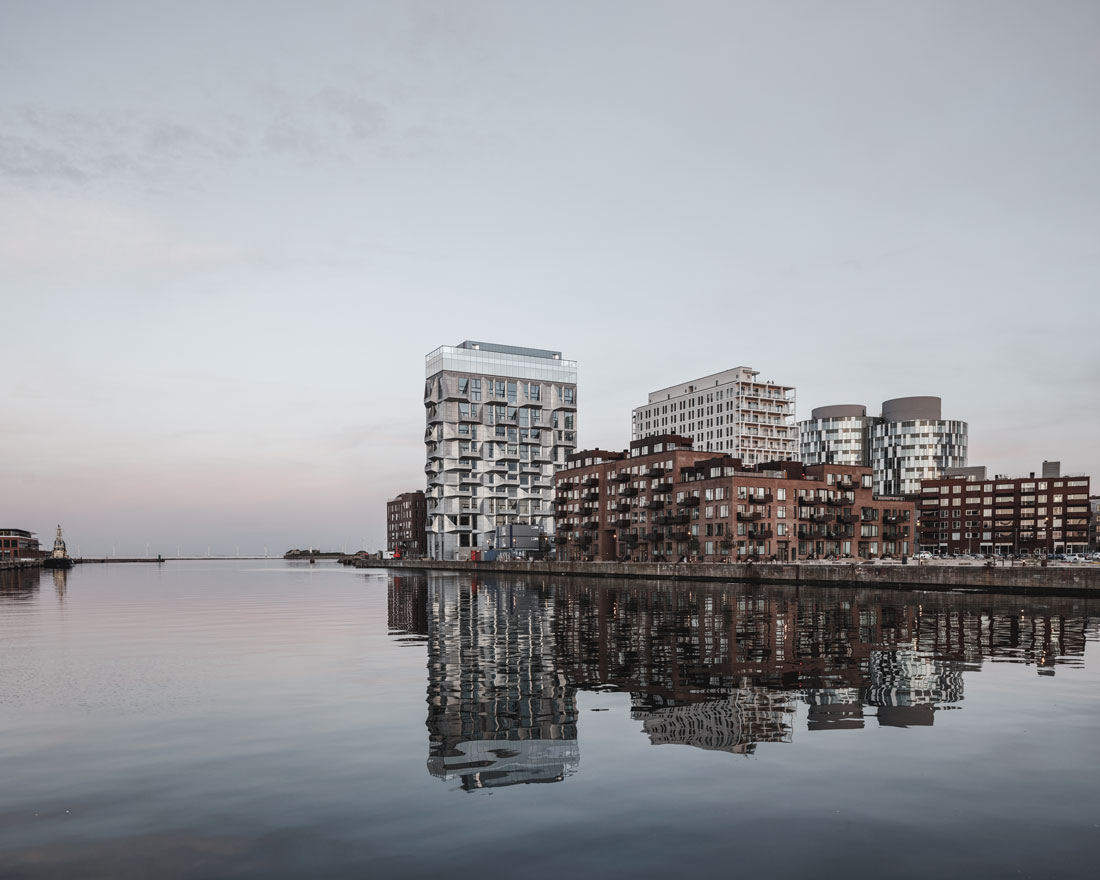 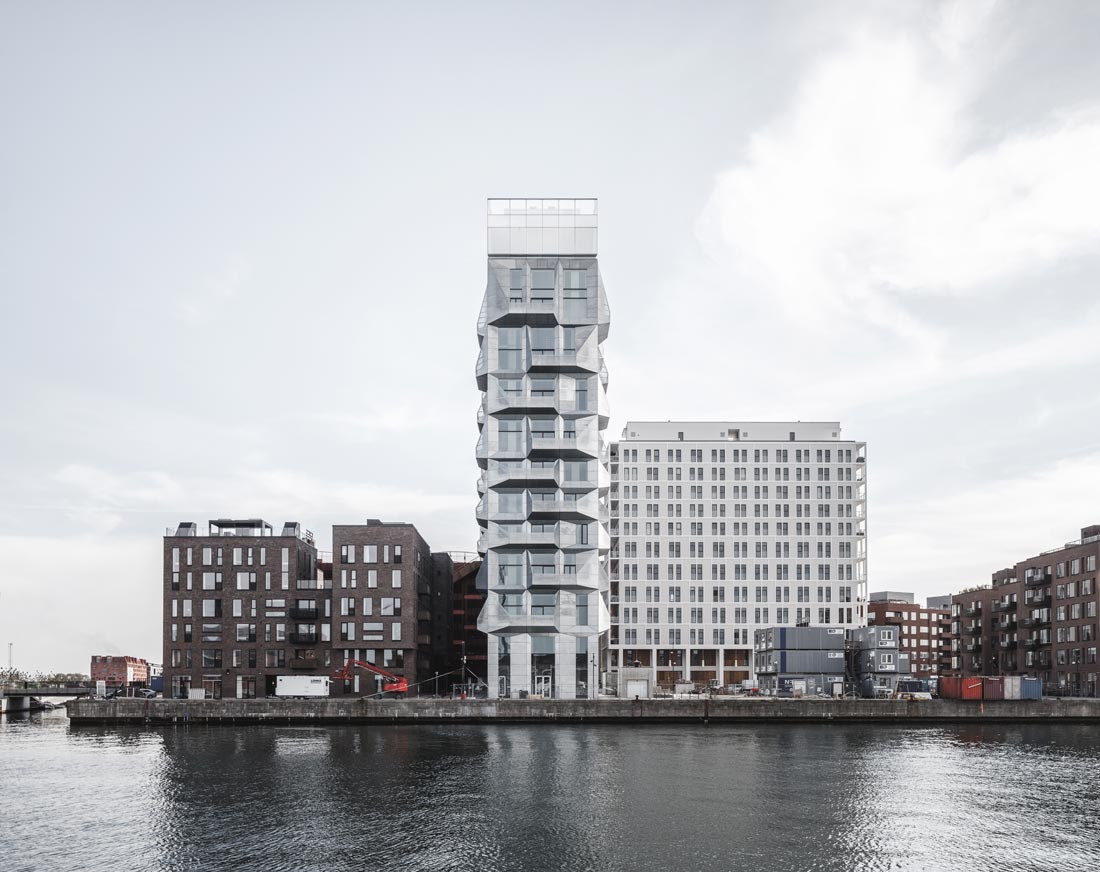 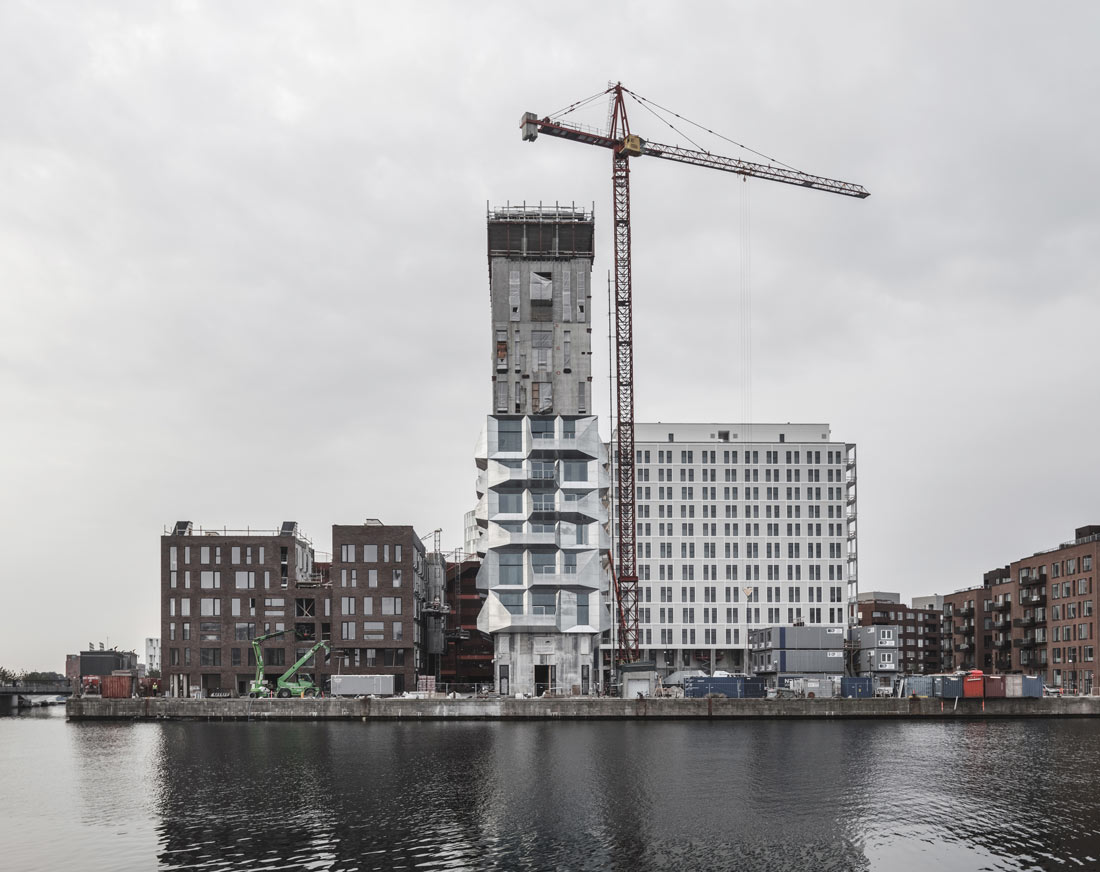 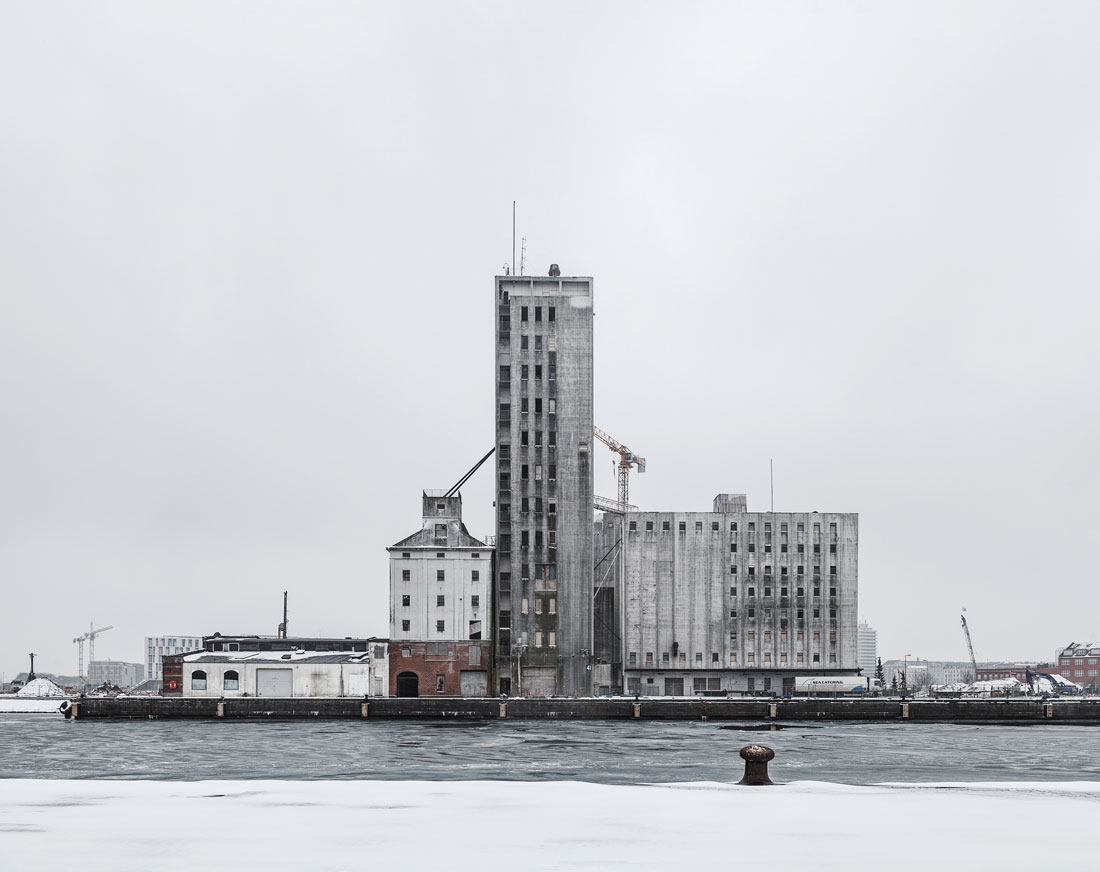 The Silo is part of the transformation of Copenhagen’s Nordhavn (North Harbour) – a vast post-industrial development, currently being transformed into a new city district. Designed by Danish architects COBE with clients Klaus Kastbjerg and NRE Denmark, a 17-storey former grain silo and the largest industrial building in the area has been transformed into “The Silo”, housing residential apartments and public functions. 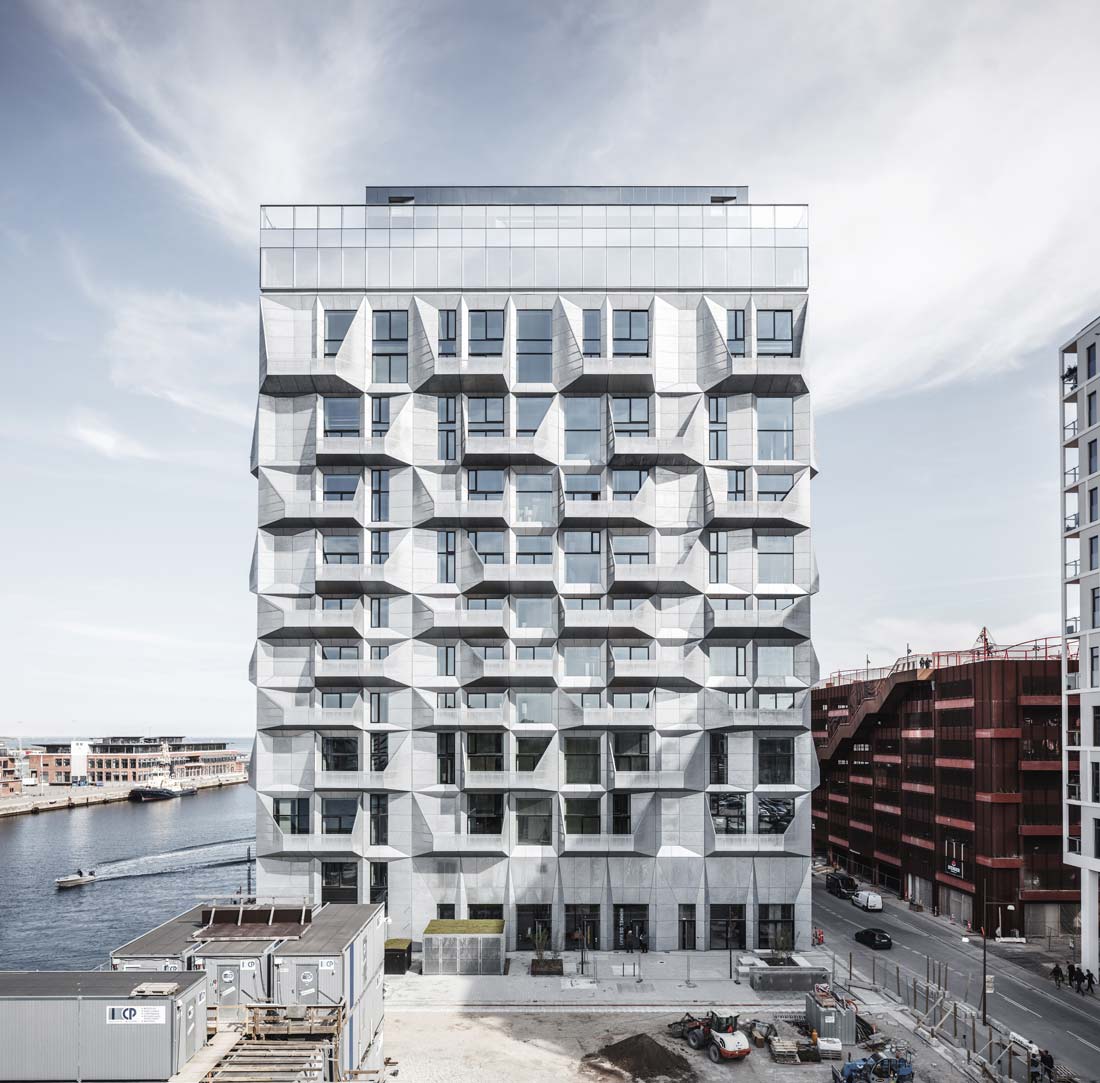 In order to bring The Silo’s industrial concrete facade up to current standards, the exterior of the existing silo has been reclad, while the interior has been preserved as raw and untouched as pos­sible. An angular faceted exterior façade made of galvanized steel has been installed to serve as a climate shield. This has allowed the building’s characteristic slender tall shape to be maintained. 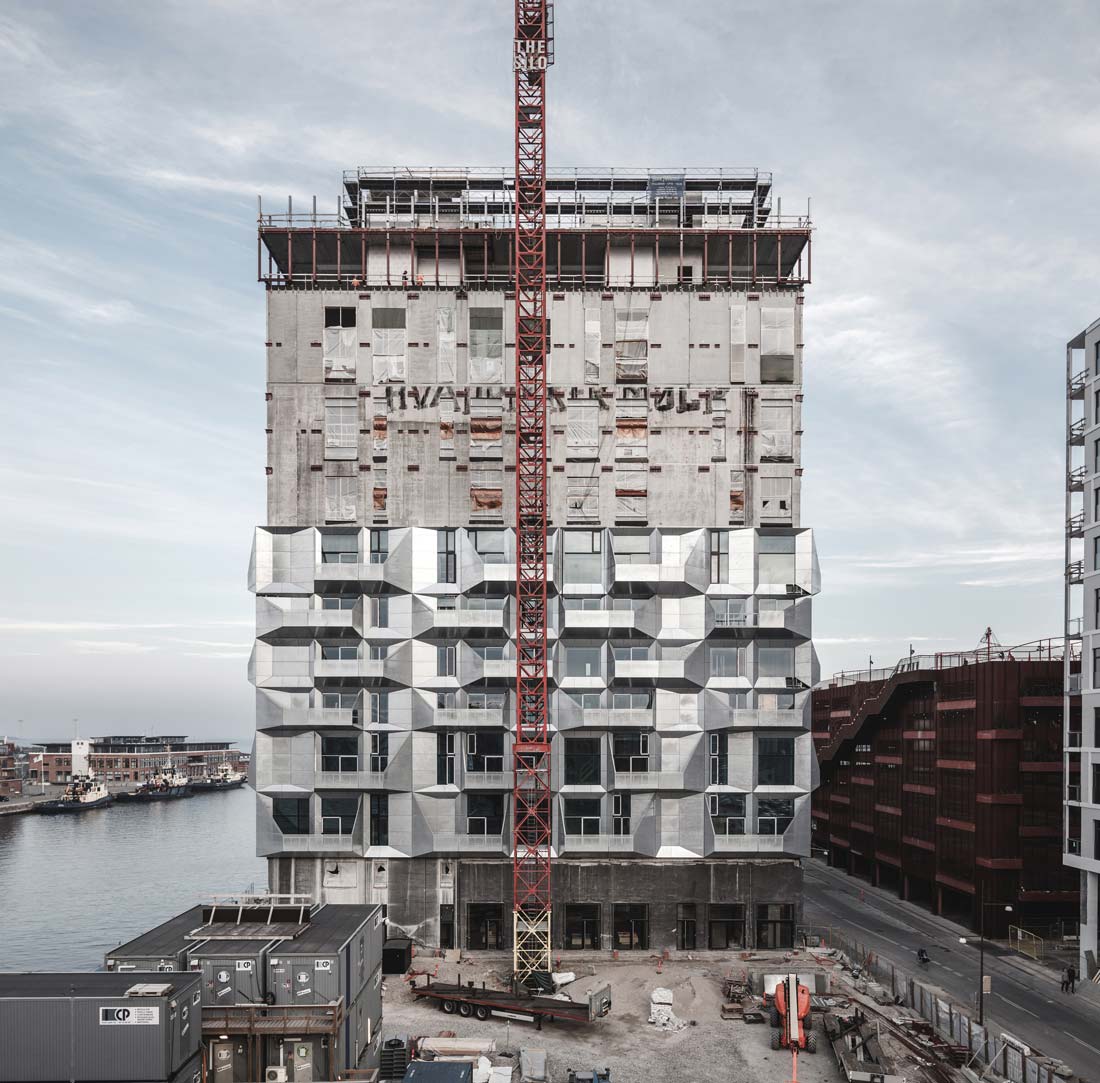 Dan Stubbergaard, founder and creative director of COBE, says: “We wanted to retain the spirit of The Silo as much as possible – both in terms of its monolithic exterior and majestic concrete interior, by simply draping it with a new overcoat. The aim was to transform it from the inside out in such a way that its new inhabitants and the surrounding urban life would highlight the struc­ture’s identity and heritage: hence, the use of galvanized steel for the façade, which patinates in a raw way and retains the original harbour character and material feel, lending a roughness and raw beauty to the area, as in its industrial past.” 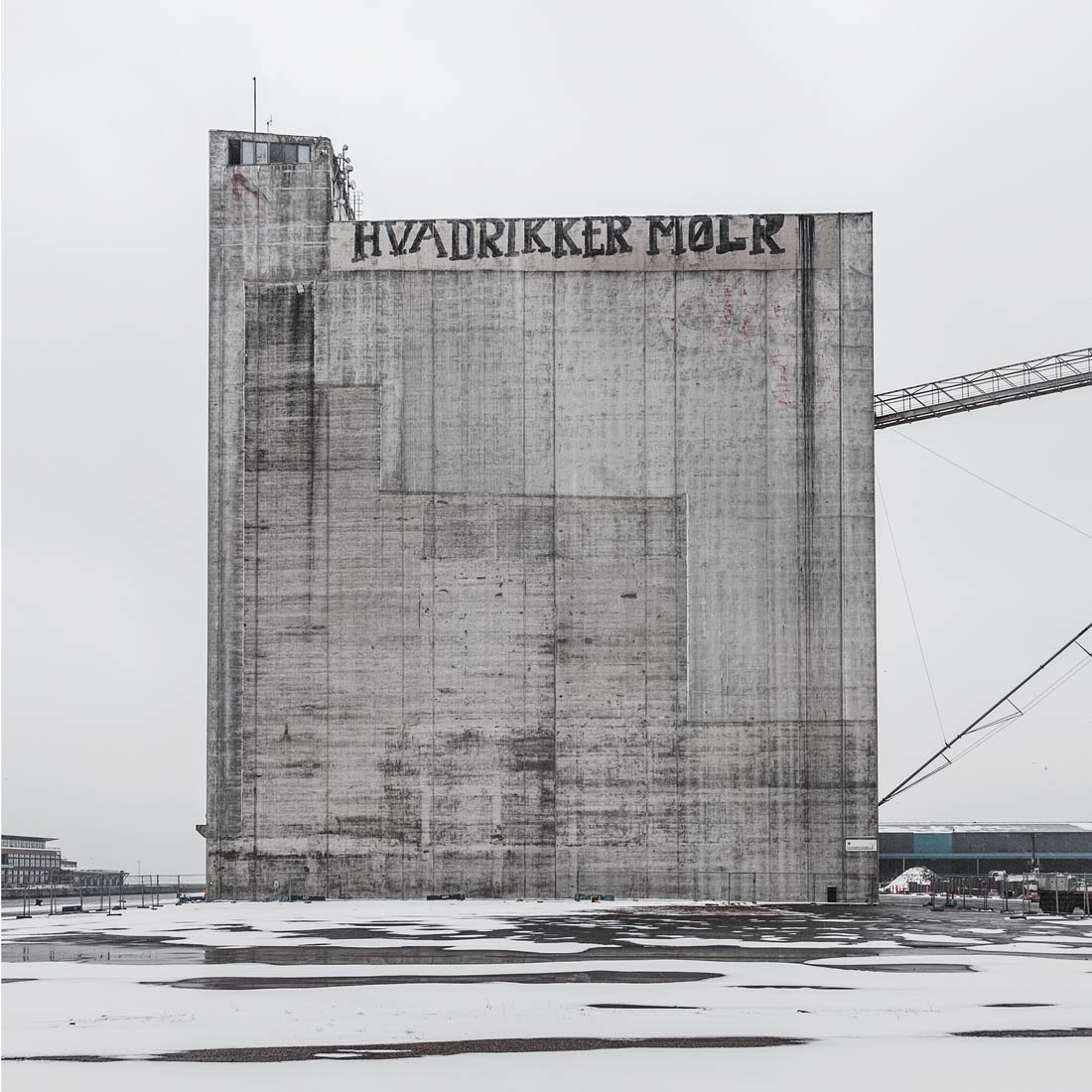 The spatial variation within the original silo is immense due to the various functions of storing and handling grain, creating space for 38 unique apartments. Single and multi-level apartments range from 106 m2 to 401 m2 in size, with floor heights of up to seven meters. All apartments have panoramic, floor-to-ceiling windows and balconies, and several have been preserved in raw concrete. The window frames are hidden on the outside of the existing concrete walls, offering expansive views of the city skyline and the Oresund coast. 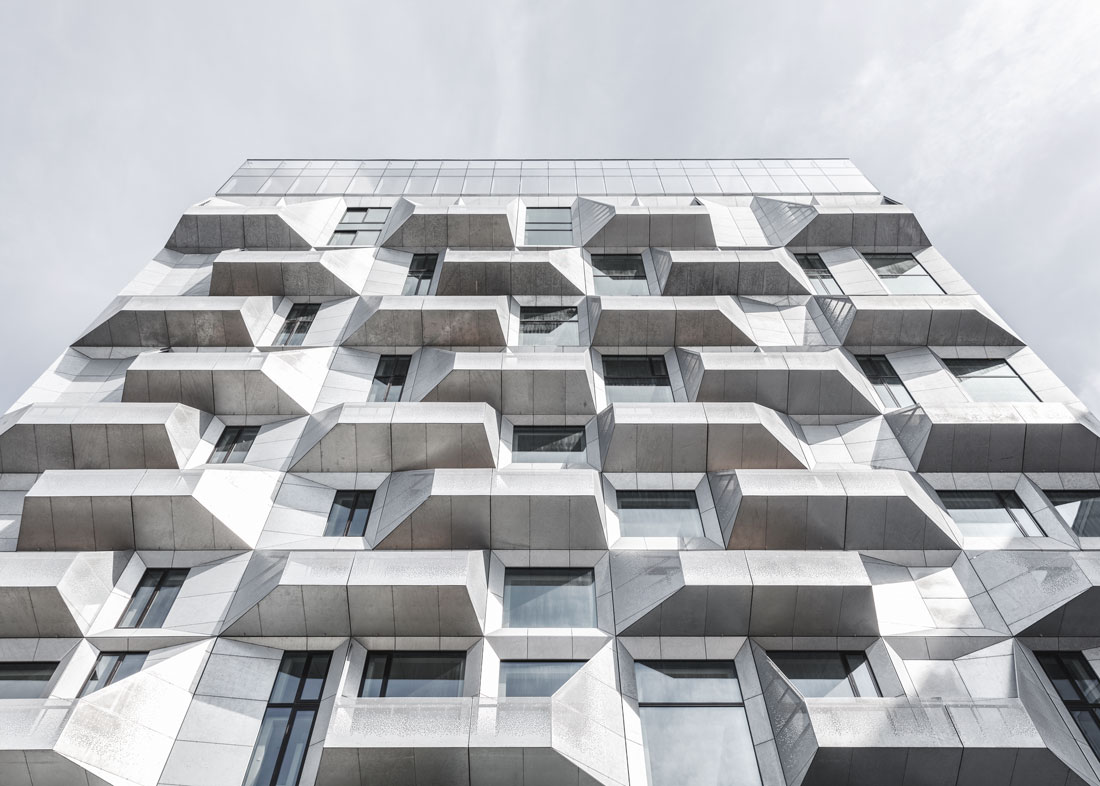 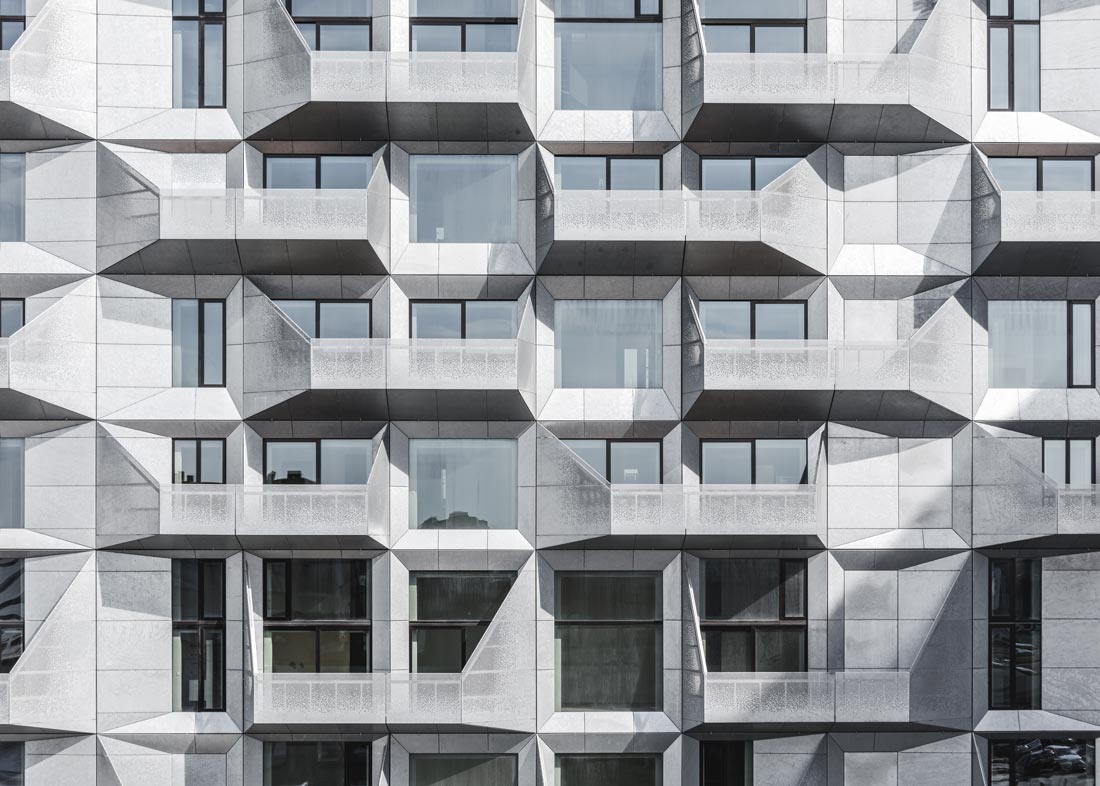 A mix of private and public functions

Both the top and lower levels have public access. The top floor consists of a mirrored glass box housing a public restaurant with a 360-degree view of the city and the sea. The glass façade mir­rors the surroundings in the daytime, and at night it is reminiscent of a lantern. The ground floor is designed as a flexible event space. 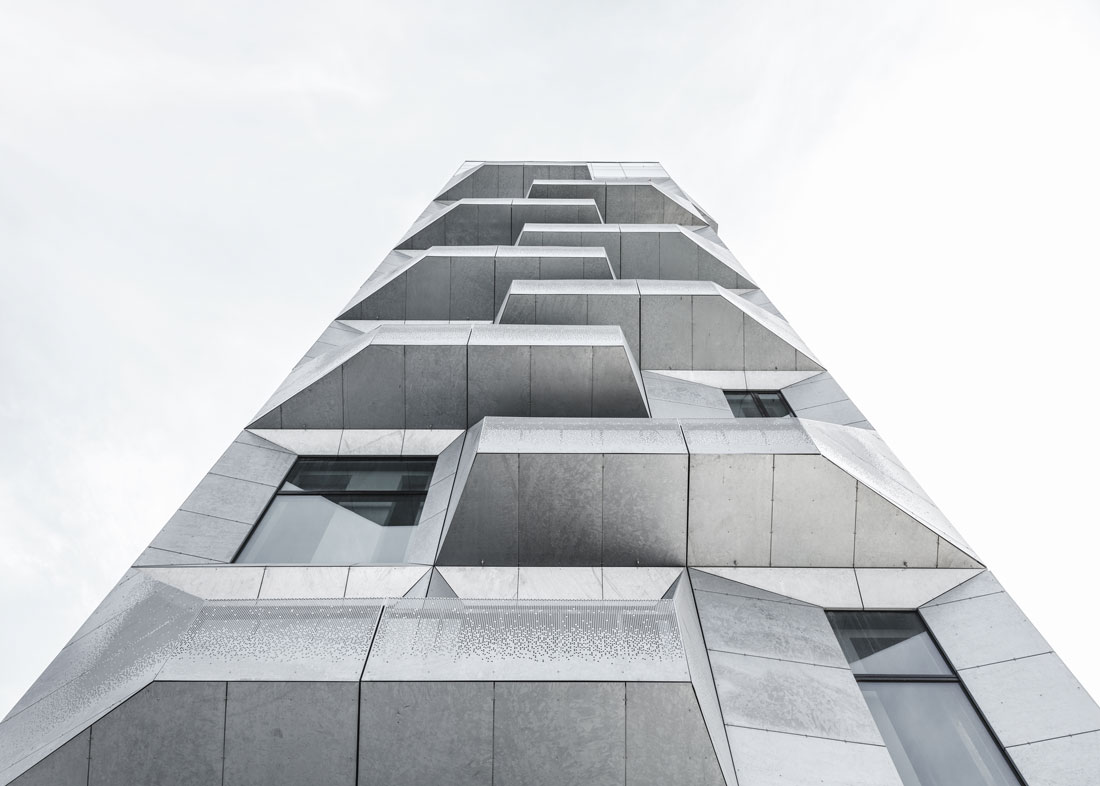 Dan Stubbergaard says: “Private housing and public functions ensure that the building remains active all day. The public functions at the top and bottom also ensure a multidimensional expe­rience for the various users of the building. From the top, you can see almost all of Copenhagen in one panoramic view. It is completely unique and something all Copenhageners will have the chance to experience. The Silo will be inhabited but will also be a destination, an urban focal point for the new development at Nordhavn.” 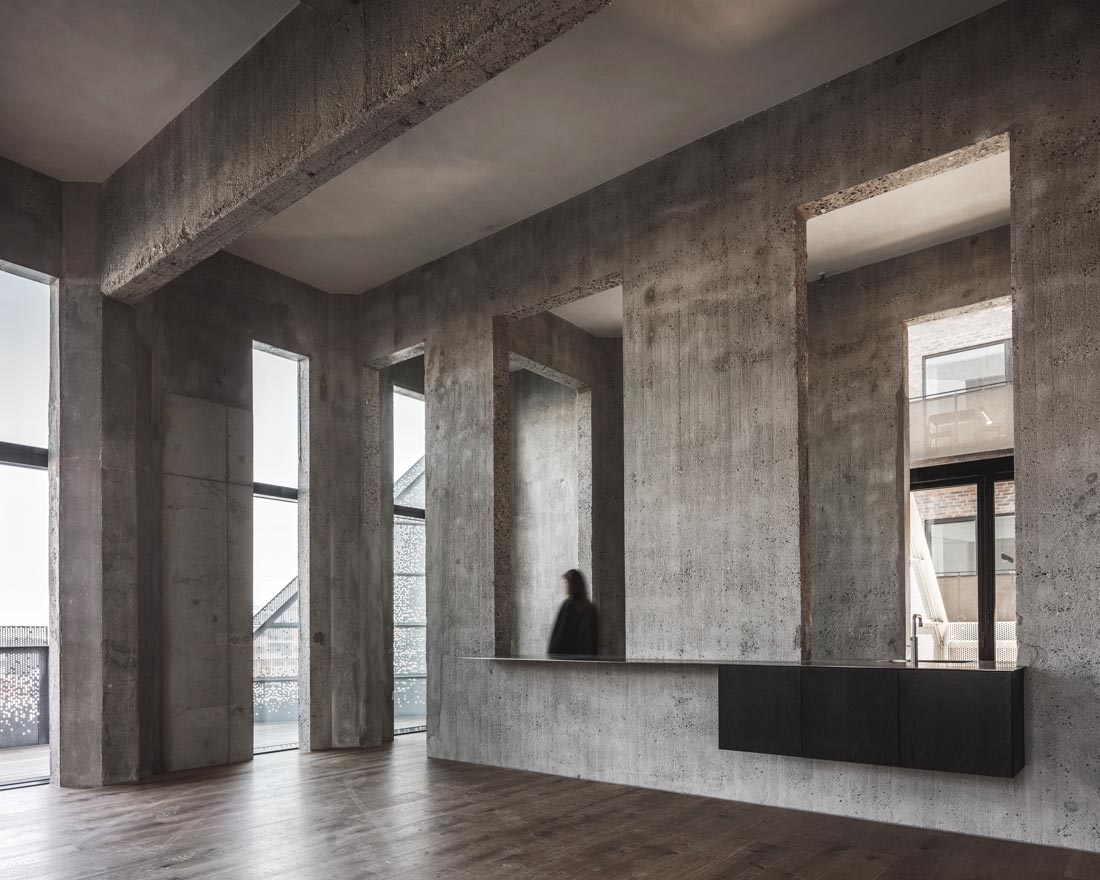 Dan Stubbergaard continues: “By revitalizing our industrial heritage, we discover new potential and highlight historical traces in our cities. They represent a built resource. They represent our history. By doing so, we can transform what many people today perceive as industrial trash into treasure.” 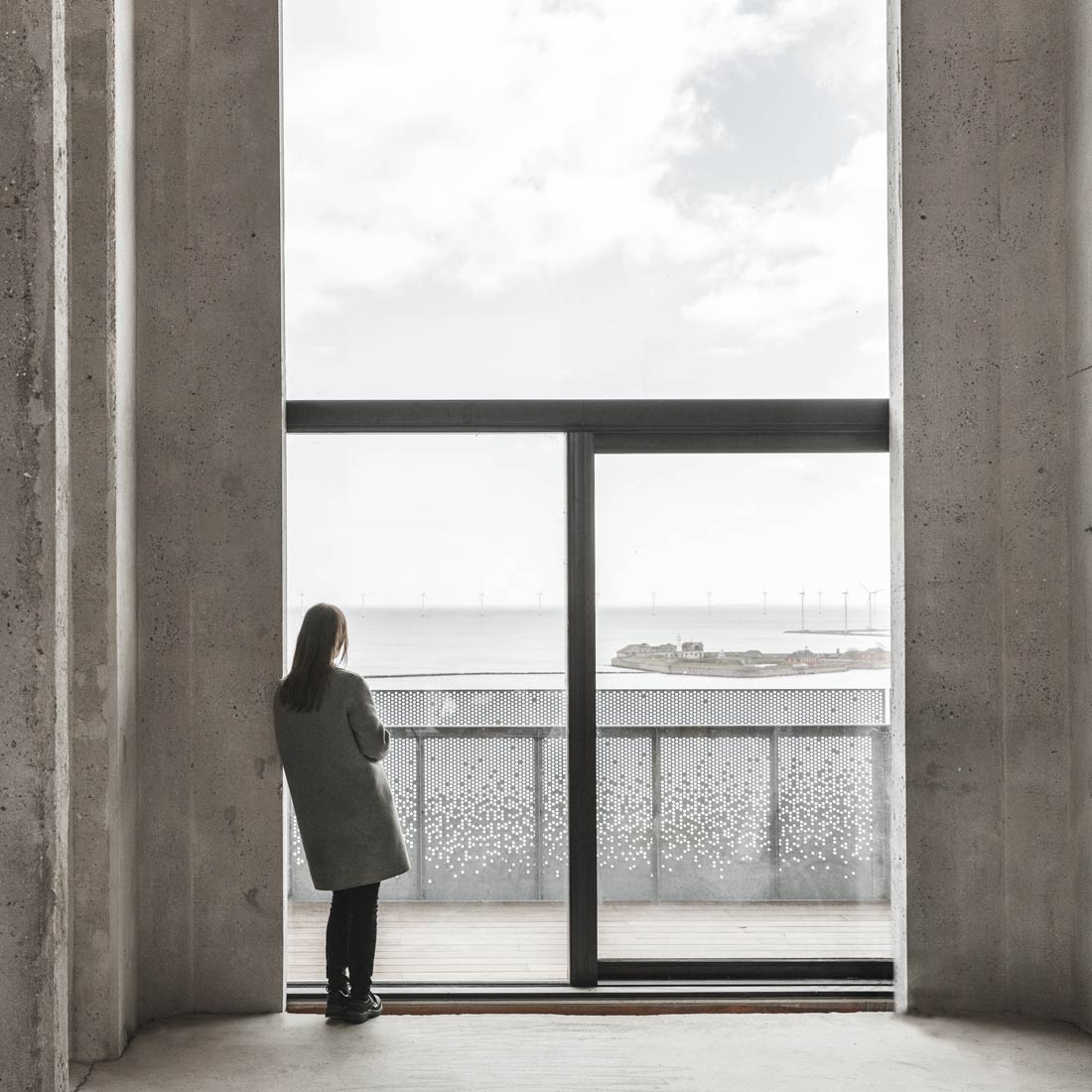 The Silo was completed in May 2017, when its first residents moved in. The remaining residents will move in during the next couple of months, and the restaurant on the top floor is due to open later this year. CPH City & Port Development is currently showing an exhibition on the ground floor of the building on the future development plans for Nordhavn, also created by COBE.

« Wind Tower: Vertical Housing
Behind the Design of Aqua Tower »