The Great Wall of Wa

The longest rammed earth wall in Australia and – probably – the southern hemisphere, has been selected as a finalist in the (Australian Institute of Architects) Western Australia architecture awards. 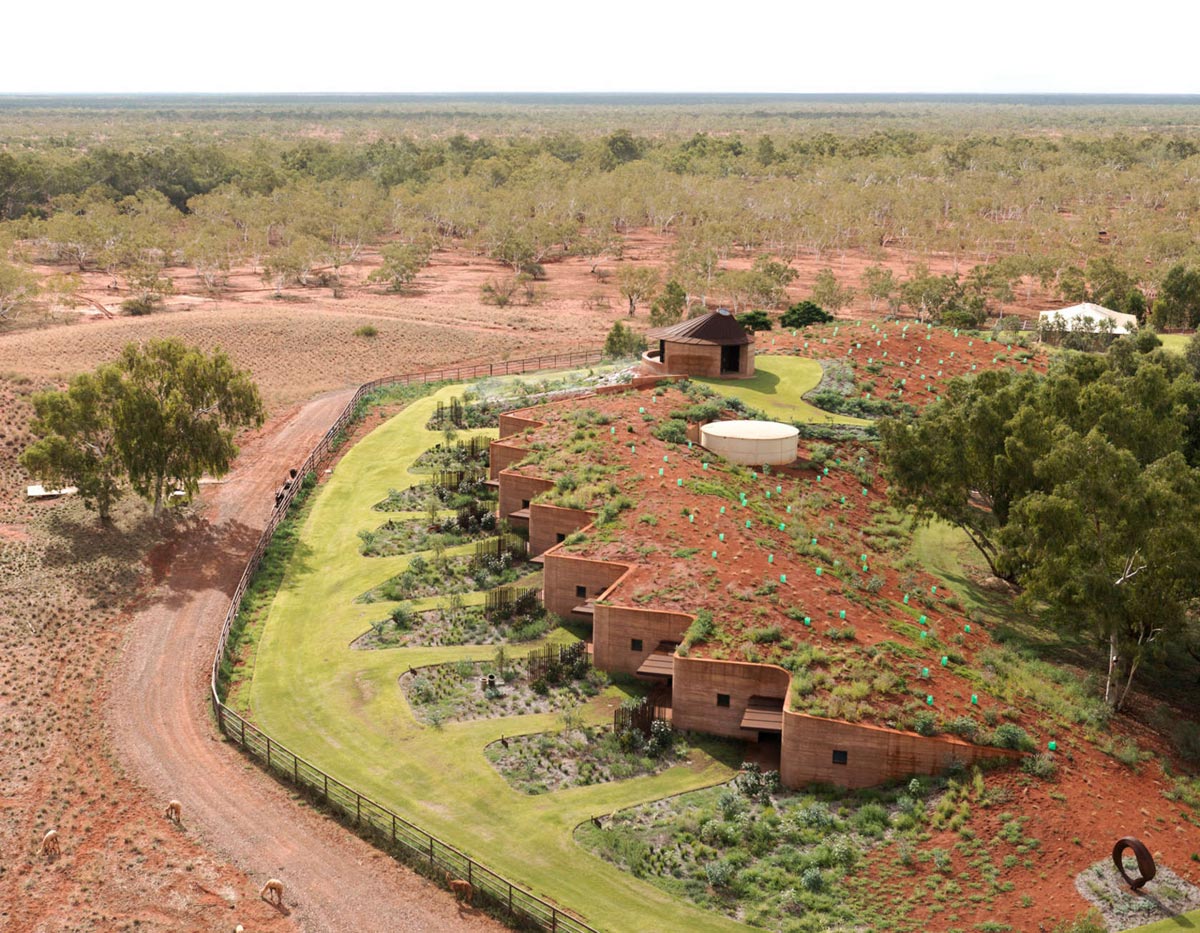 At 230 metres long, the rammed earth wall meanders along the edge of a sand dune and encloses twelve earth covered residences, created to provide short-term accommodation for a cattle station during mustering season. With their 450mm thick rammed earth facade and the sand dune to their rear and forming their roofs, the residences have the best thermal mass available, making them naturally cool in the subtropical climate. 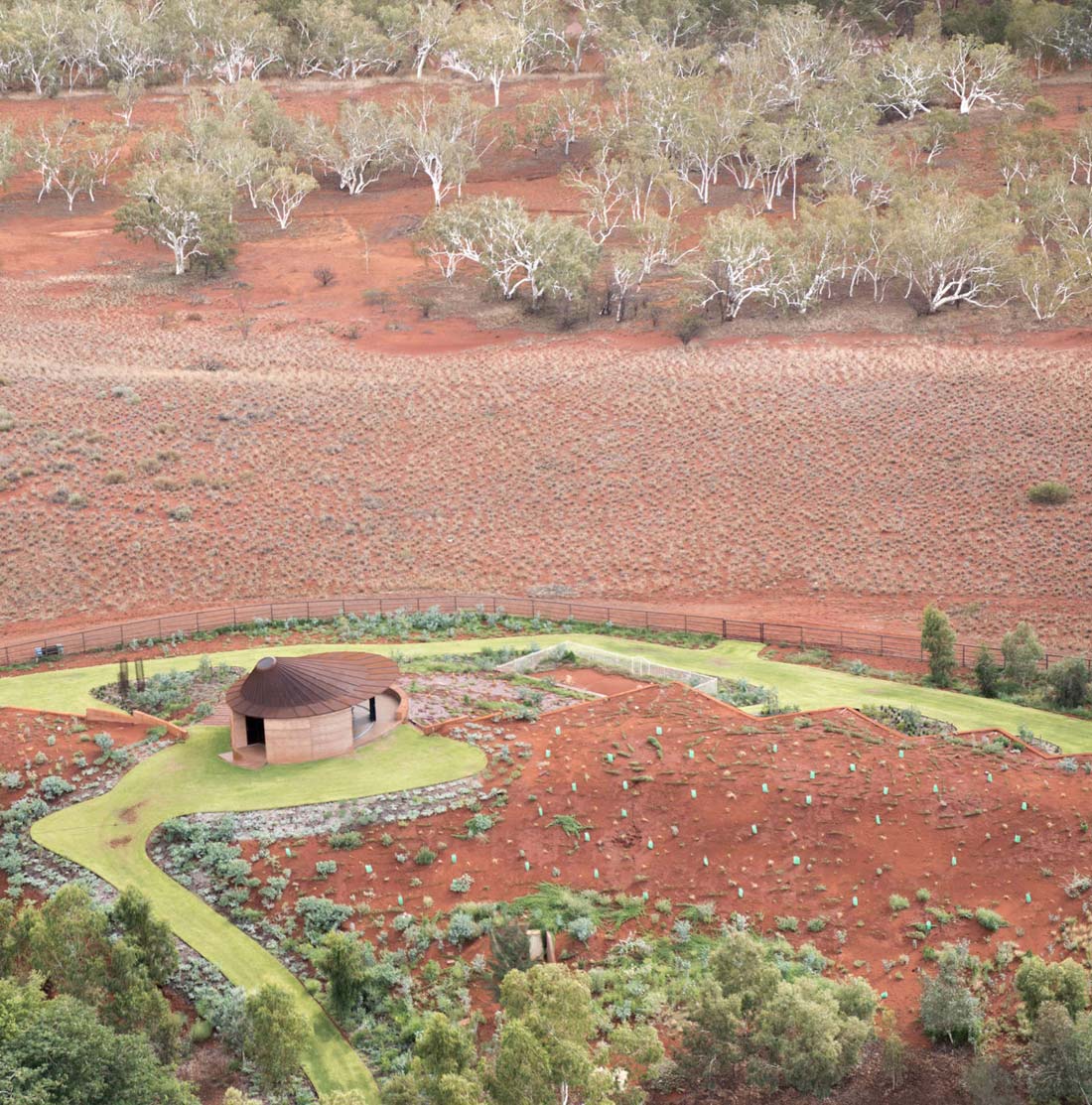 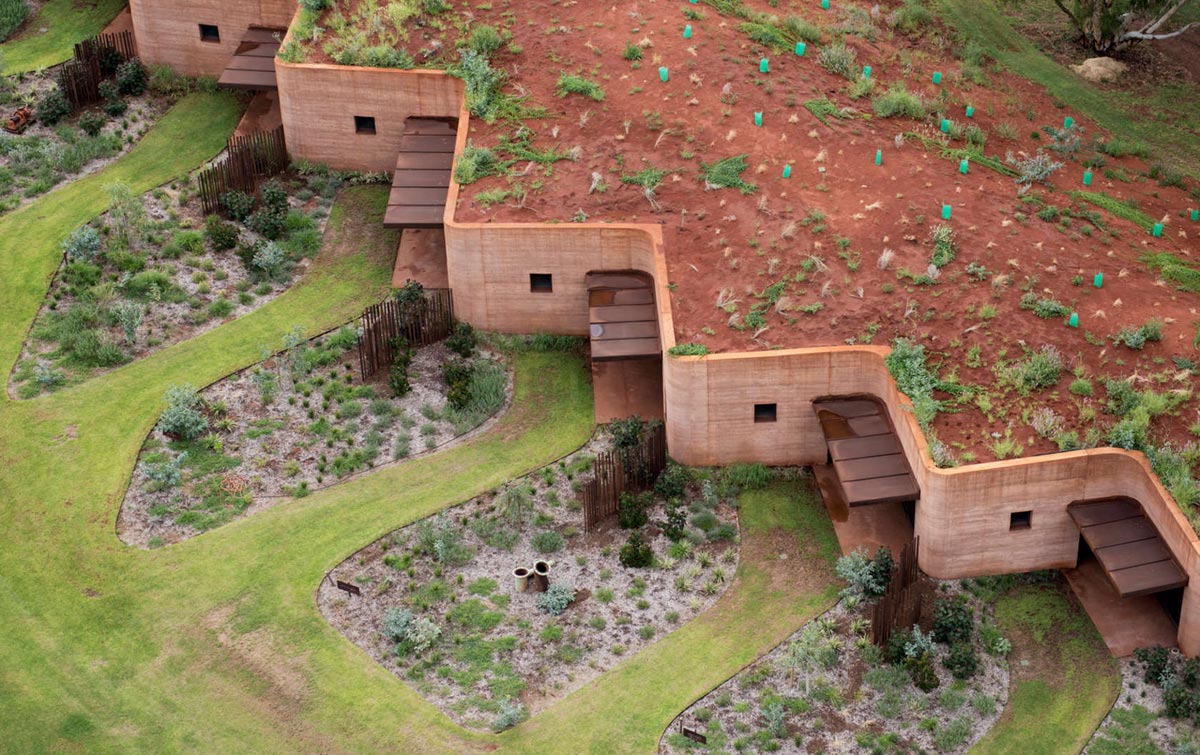 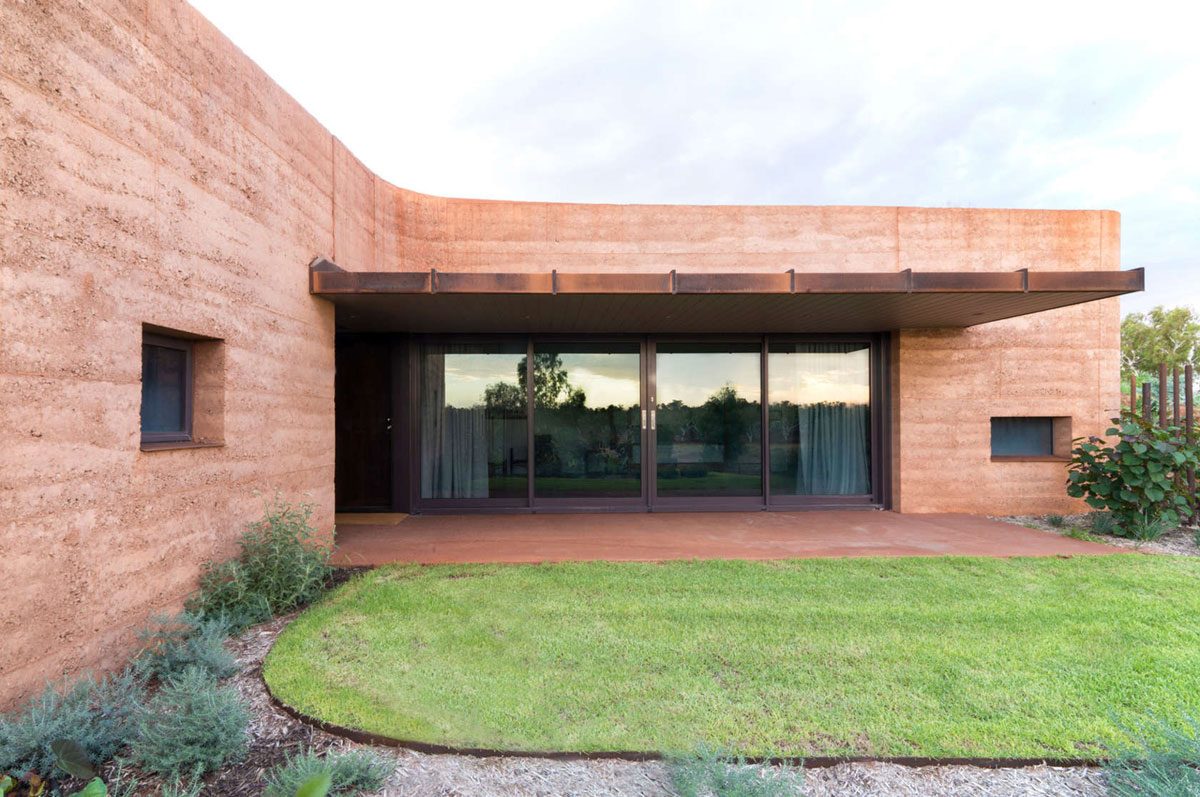 The rammed earth wall (construction) is composed of the iron rich, sandy clay that is a dominant feature of the site, gravel obtained from the adjacent river and (bonded with) water from the local bore (hole). 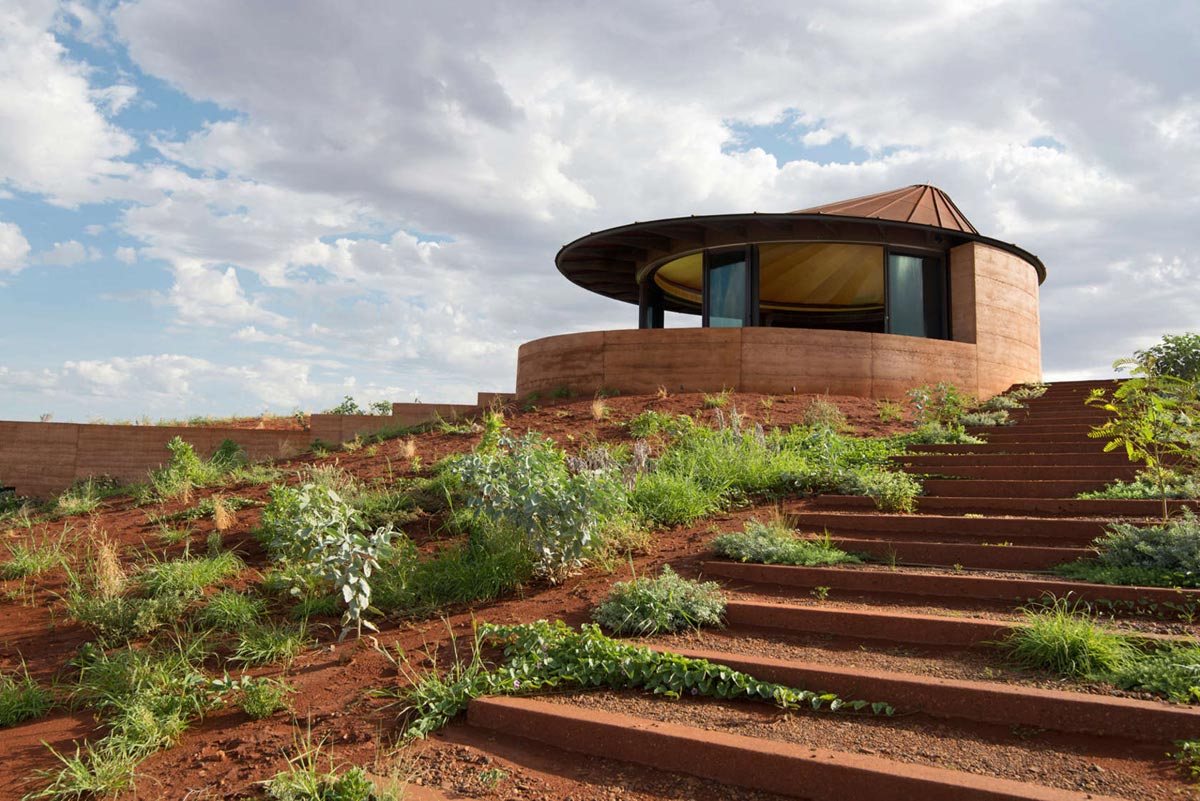 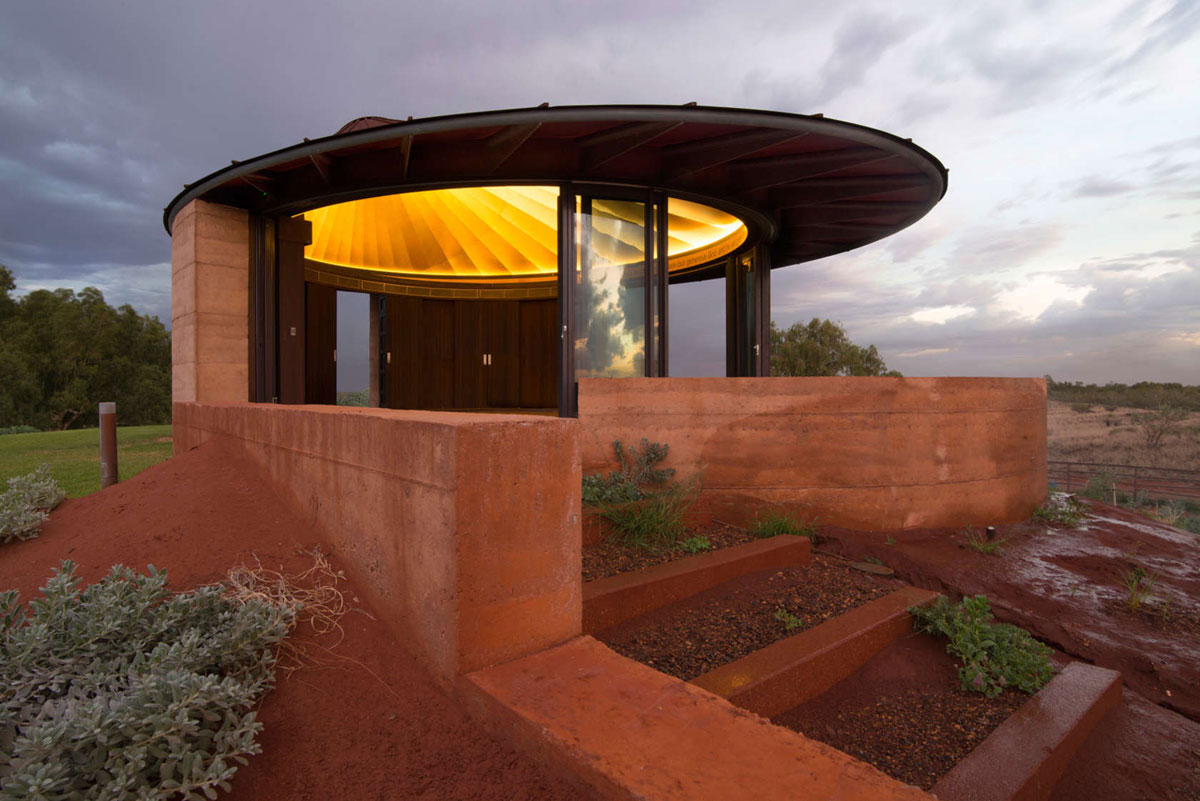 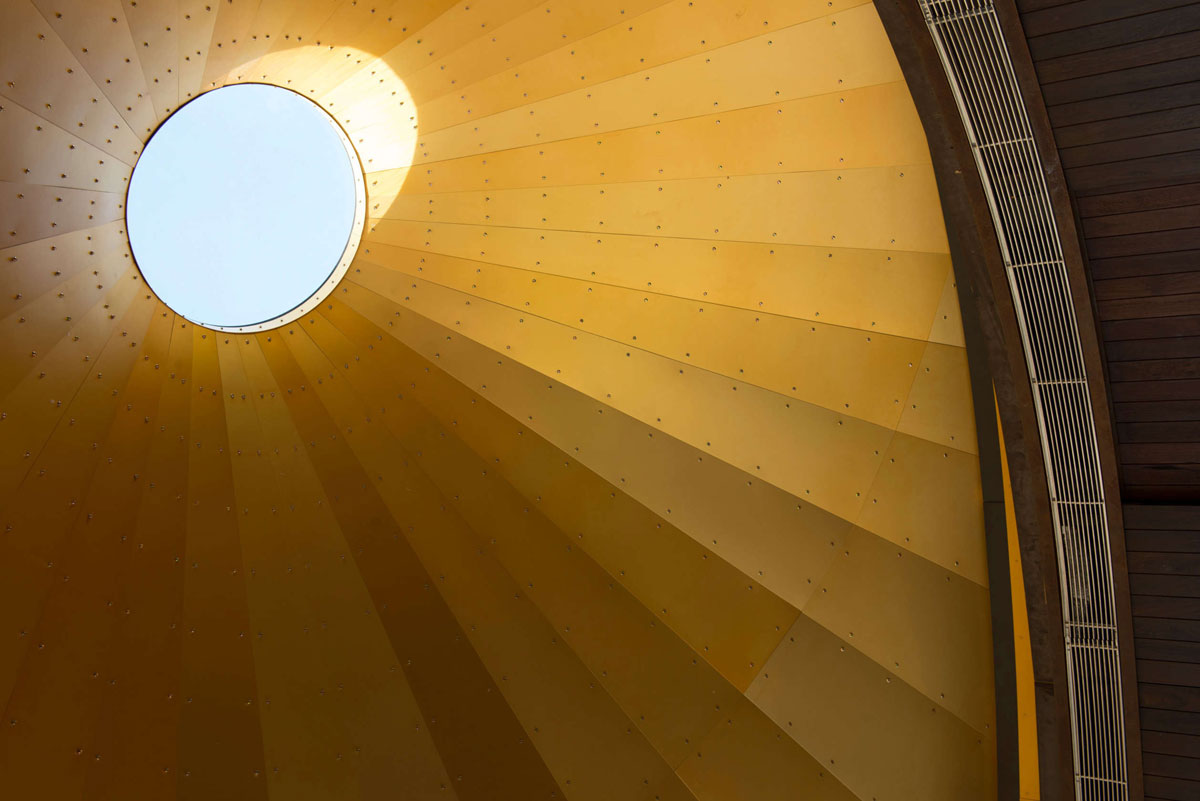 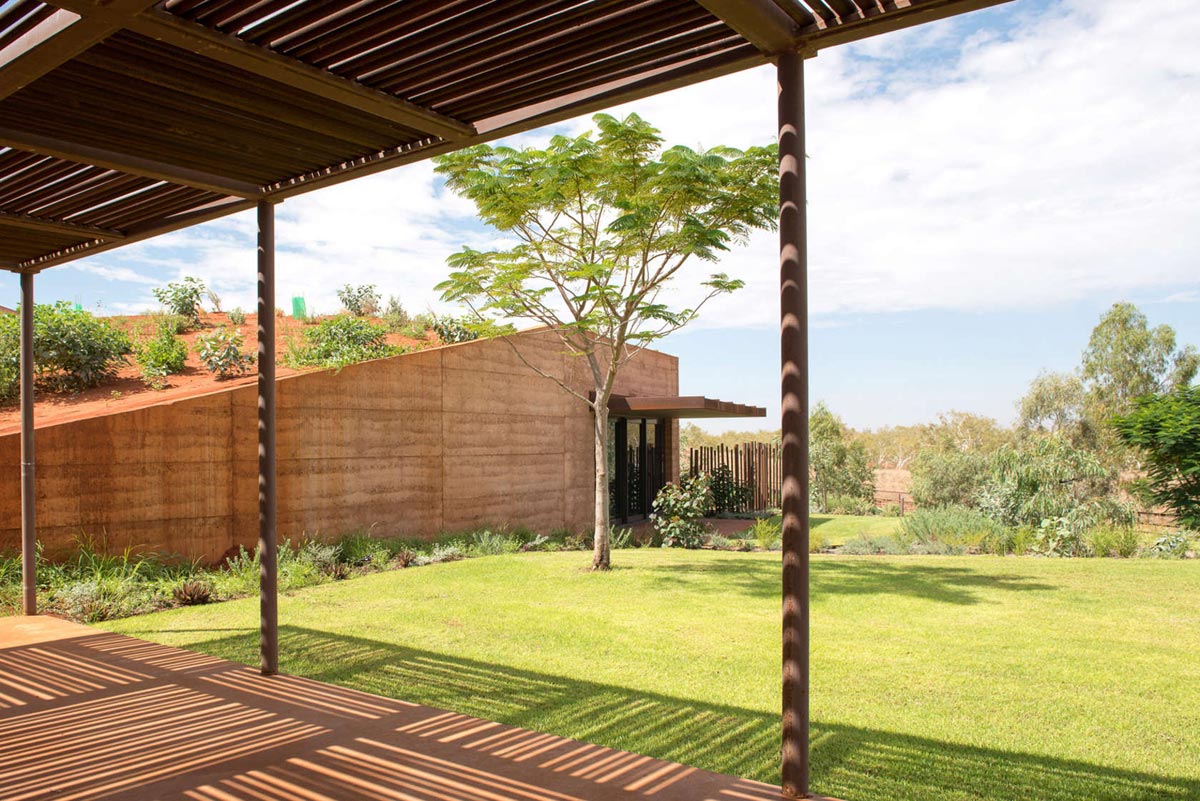 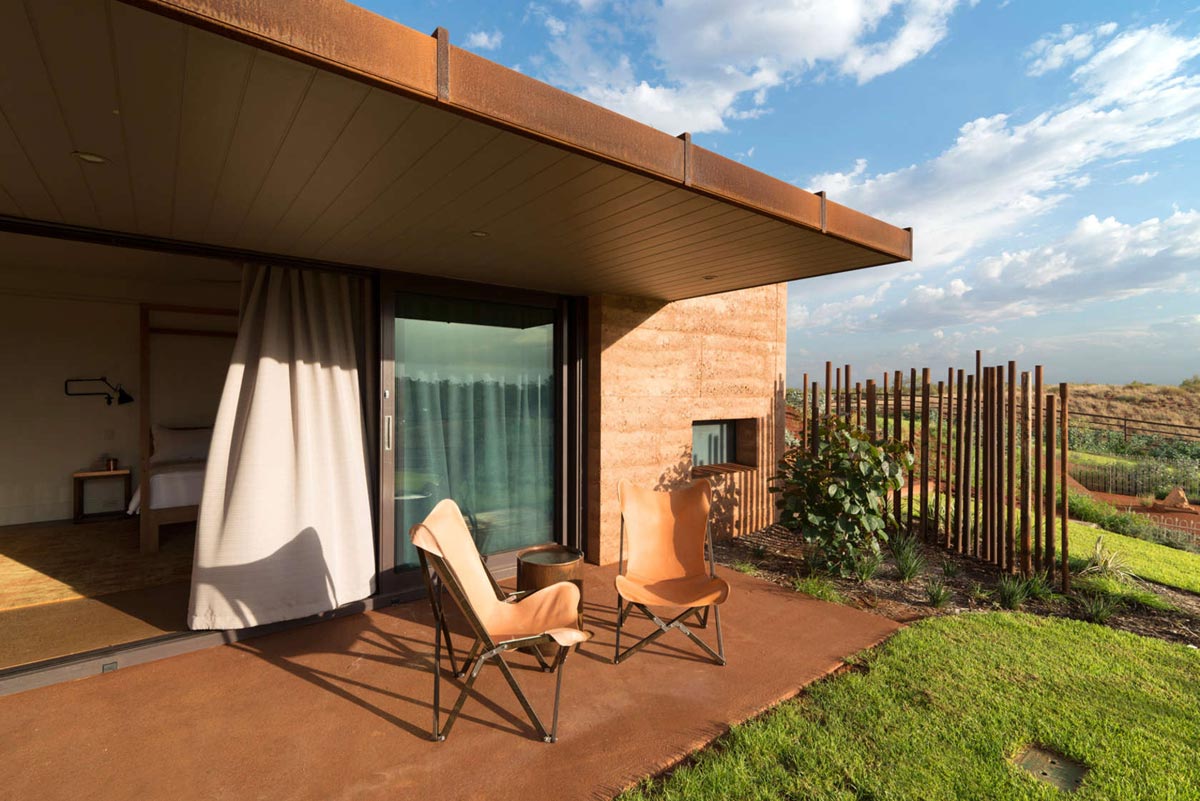 « Educational Model
Dialogue with the Site »