Alongside renovated buildings with roof tops converted into living spaces, there are many unused attics. In the past, attics were used as a storage/service space. Today, whether polluted with DDT[1] or not, the attic is an unused space with great potential.

The suggested concept emphasizes and demonstrates that potential, bringing business solutions that could turn the conceptual project into a tangible one, where no one is compromising or being compromised. On the contrary, the idea is to upgrade lifestyle and make sure everyone profits – dwellers, street users, the city and the environment. 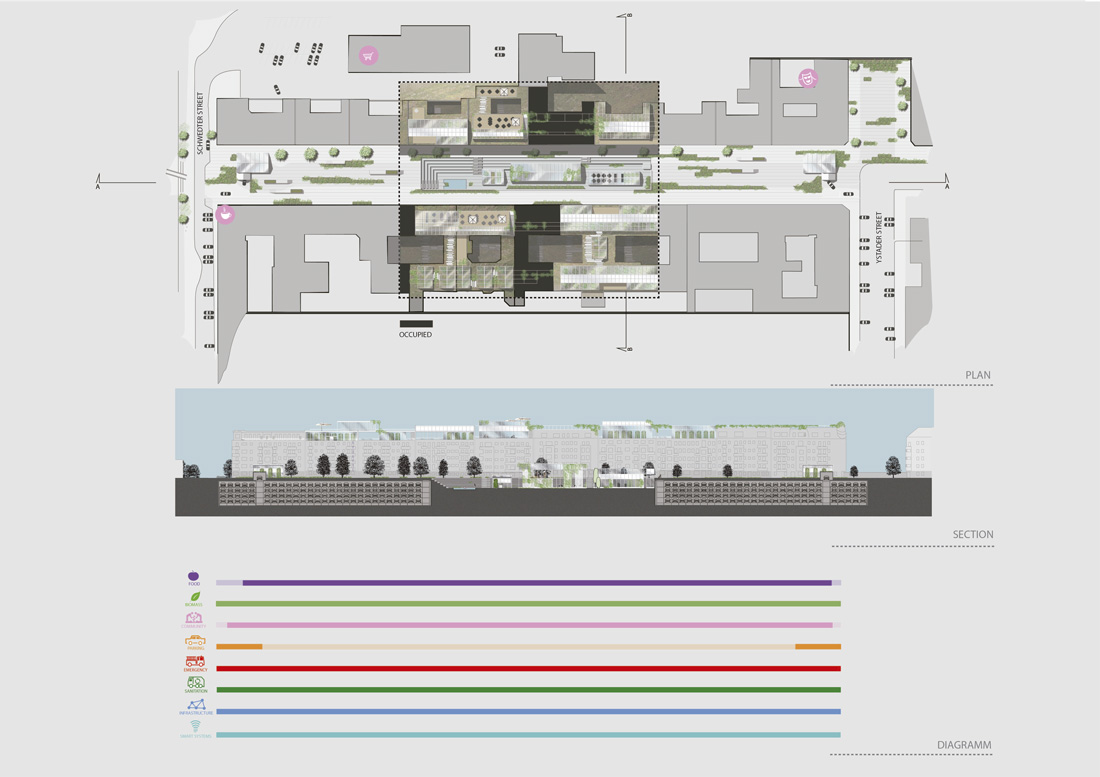 [1] In the GDR (DDR) time it was common to use DDT against parasites also in the attics and many from the east side building’s rooftops contain DDT which today we know is toxic. It is possible to detox the contaminated wood and use the attic, depend on the level of pollution. [2] Shared dining rooms as those in kibbutzim in Israel, operate in various forms that allow subsidized meals. Lunch in a communal dining room allows children a meal and a social framework while their parents are at work. [3] (2015, December). Die Kleine Berlin- Statistik. Berlin- Brandenburg: Amt für Statistik [4] The idea that familiar faces gives a sense of community and so gives a sense of security is presented in this article and to be found in Jane Jacobs book The Death and Life of Great American Cities in elaborated manner. [5] Senate Department for Urban Development and Environment, Climate- Neutral Berlin 2050 Result of a Feasibility Study, March 2014 [6] Klinenberg, E. (2013). Going Solo. New York, U.S.A.: Penguin Press. [7] Most people don’t want to move in with family, they experience it as dignity lost (depending on others). Klinenberg, E. (2013). Going Solo. New York, U.S.A.: Penguin Press. [8] Klinenberg claims that people could live alone if they want once living with another person is not an economic decision. Have a look at the research Don't Economise. Optimise