Joe Slovo is located on the outskirts of Port Elizabeth and is known as a township: one of a series of informal areas that were developed during Apartheid to host mostly poor black and colored communities. They are not dense areas and have usually developed rapidly with no real planning. Usually the municipality gives a plot to a family for free and they have free range to build what they like, as long as they respect the property limits. Access to water and electricity is limited, which makes the living conditions harsh. 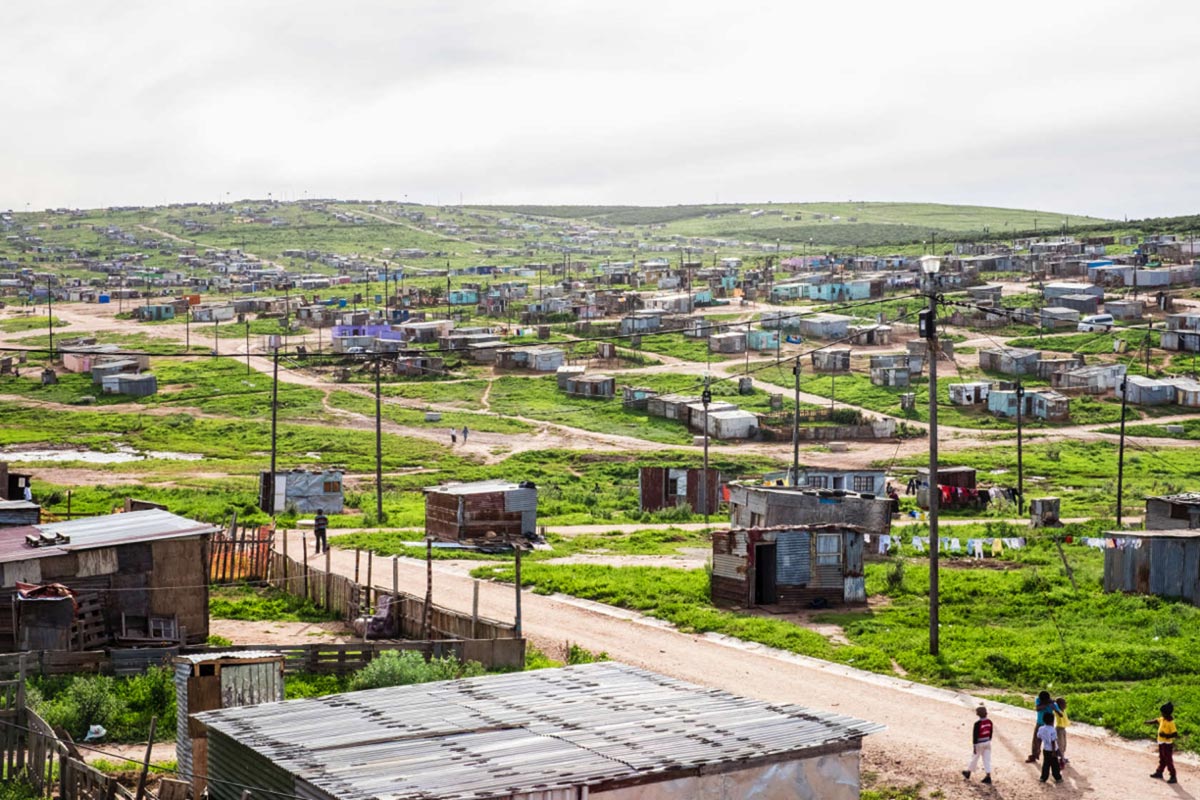 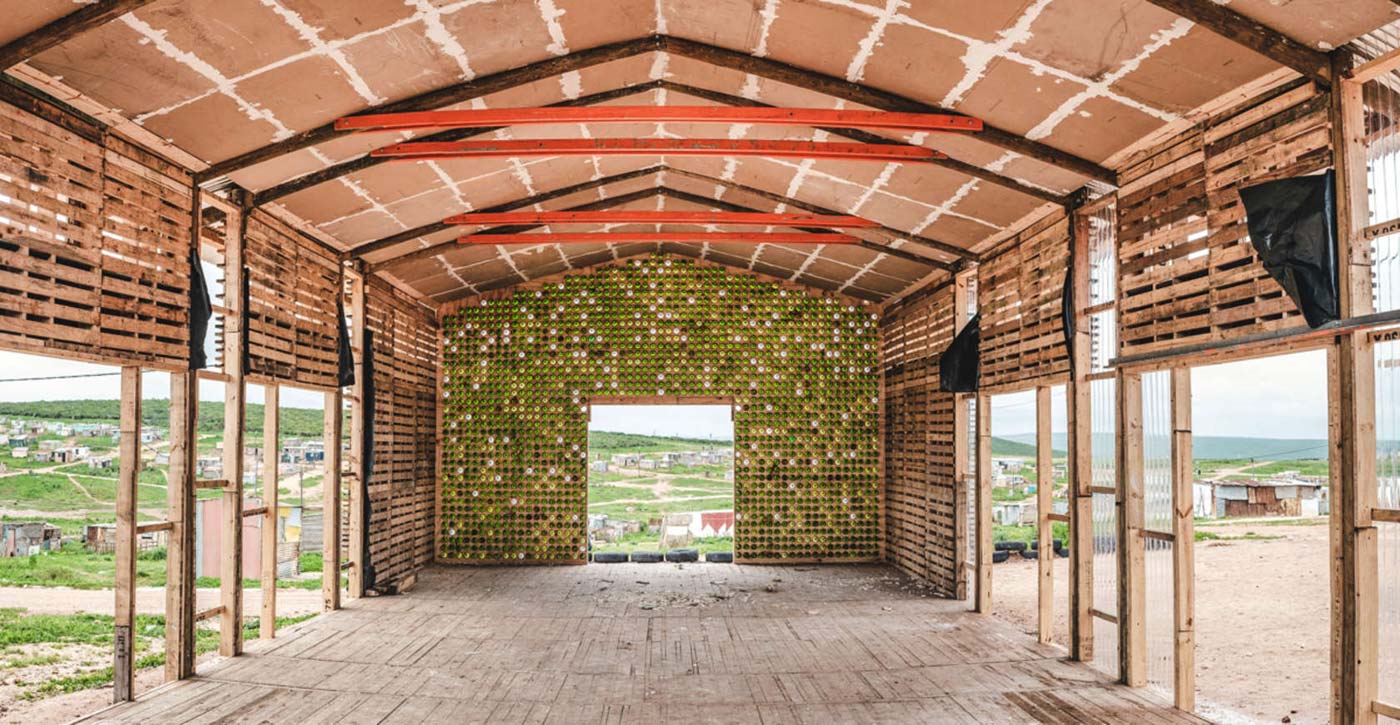 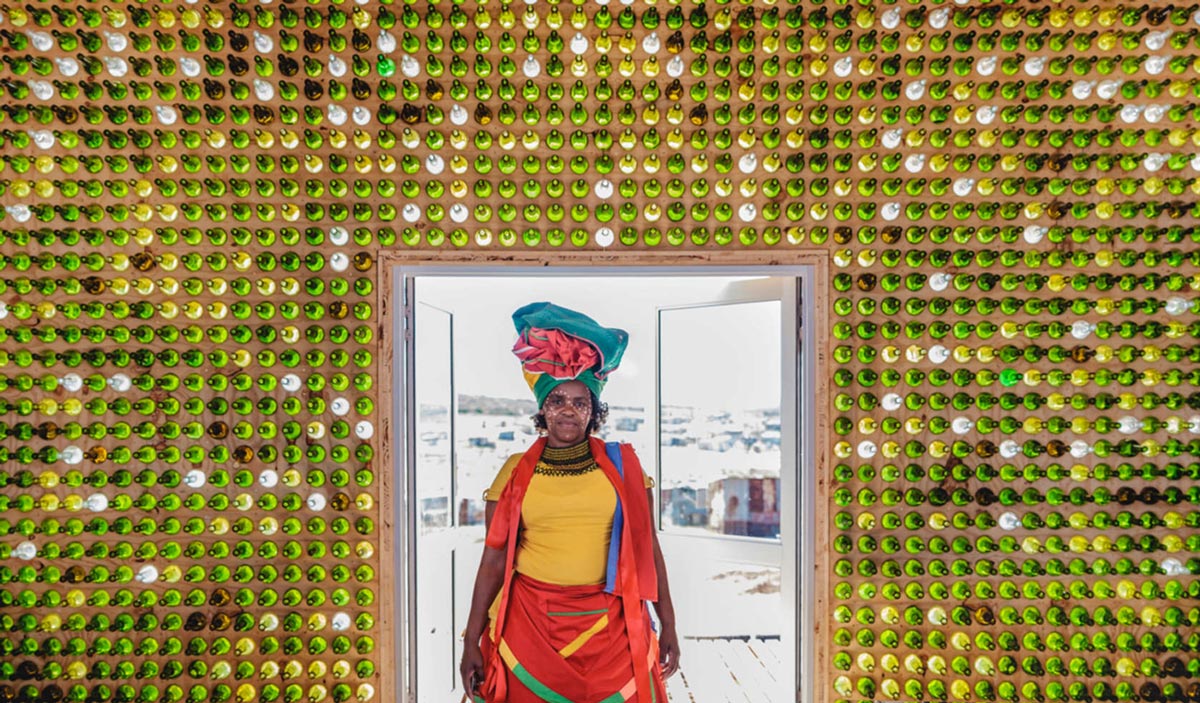 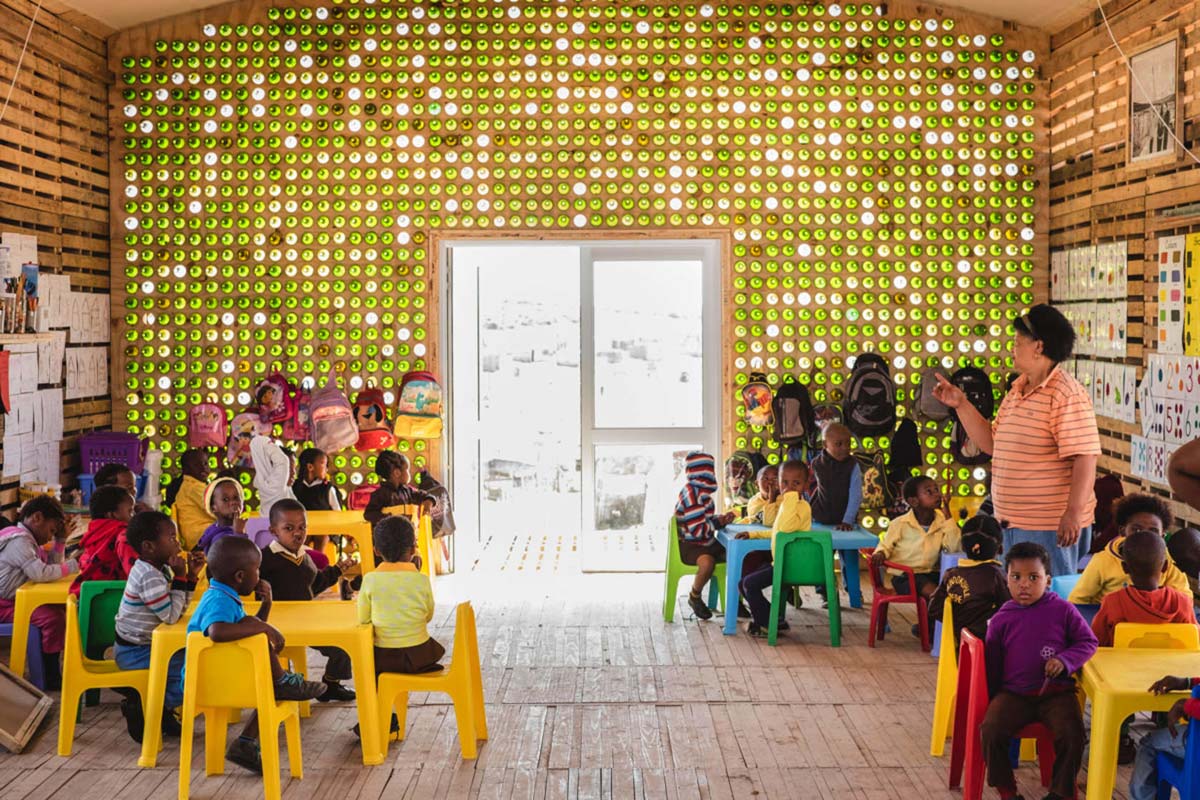 How do we do more with less?

With on average the same budget as an RDP house (houses built by the government) the project tries to show that by building in a different way we can offer the users better, bigger and more flexible spaces. Whereas an RDP house is on average 36m2, the building we erected is 138m2. This was made possible by using mostly recycled materials, which were mostly free or at reduced cost, and by establishing efficient building techniques. 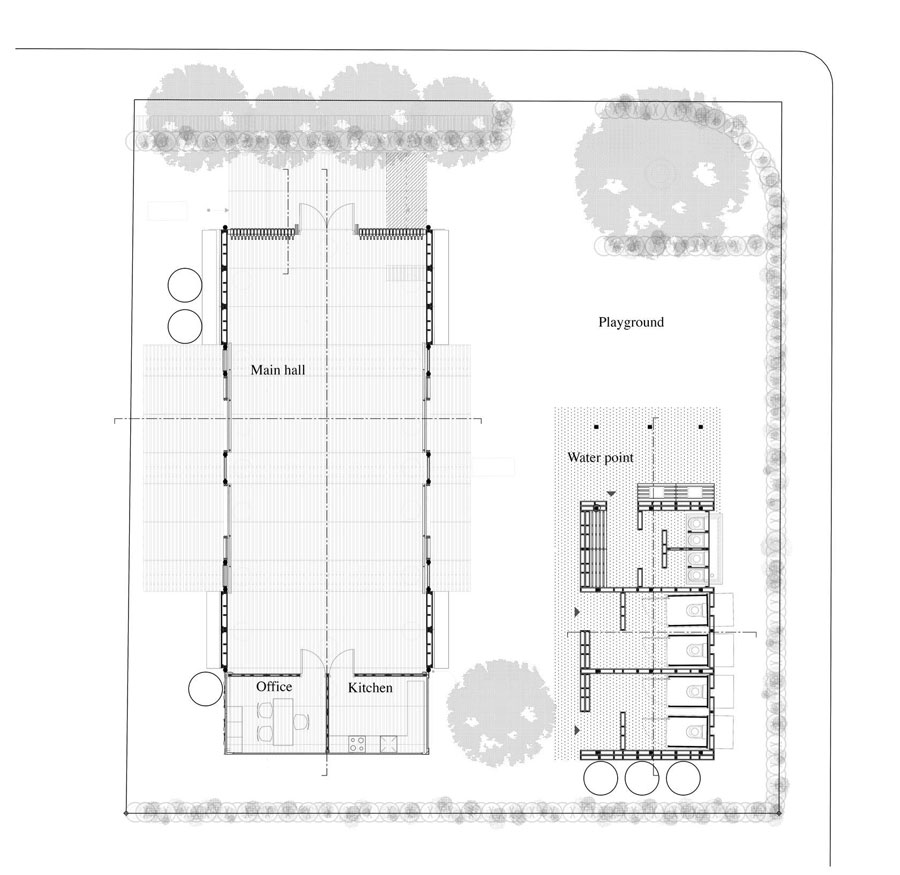 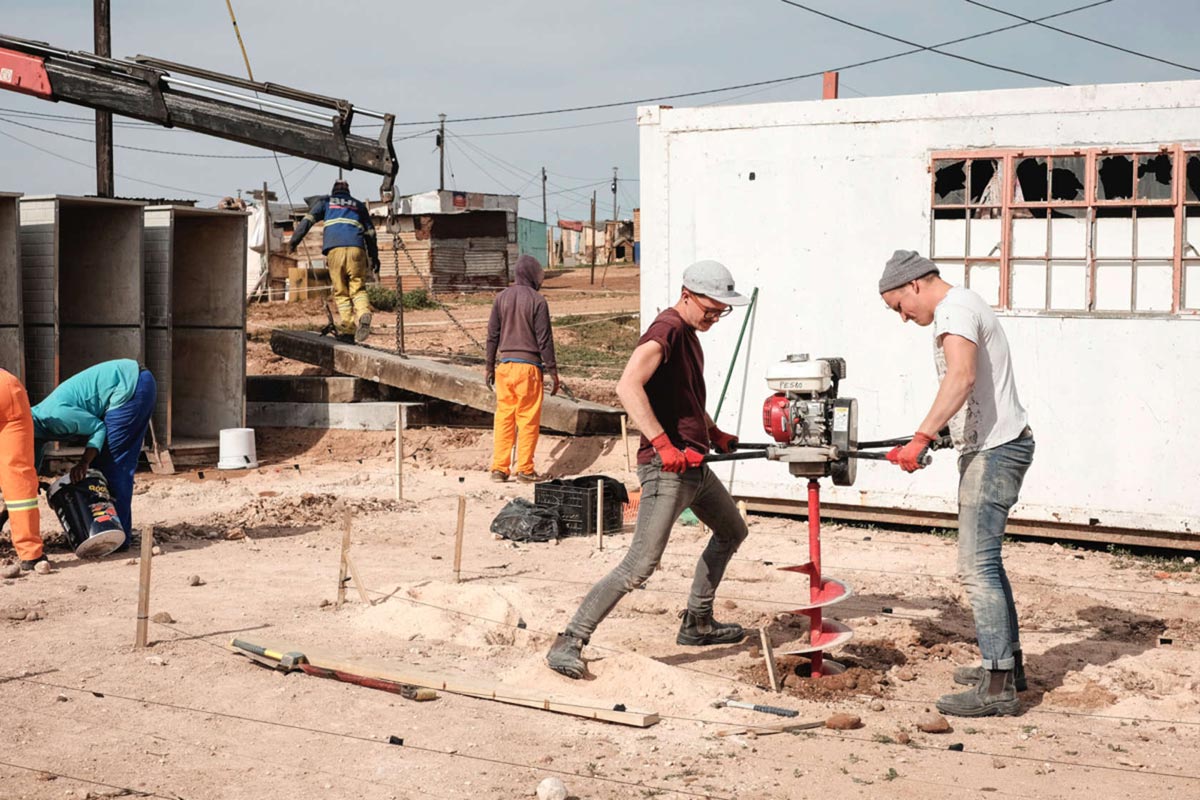 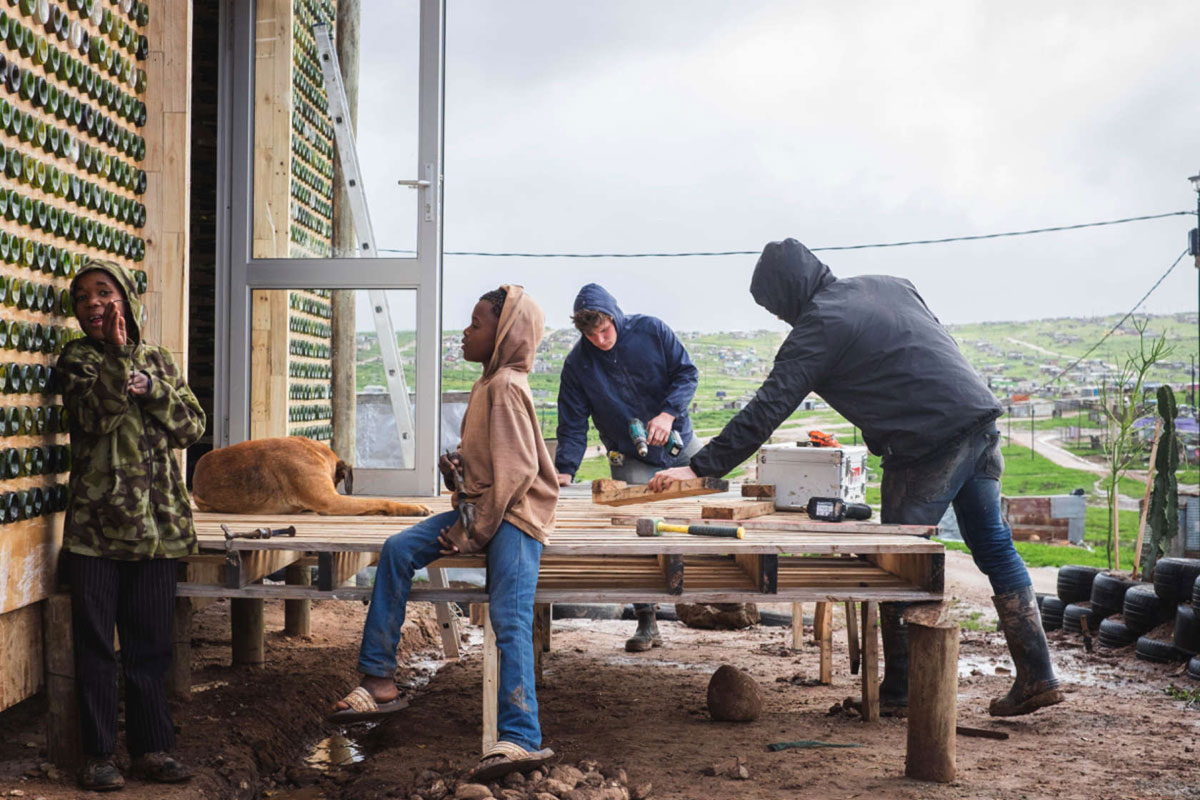 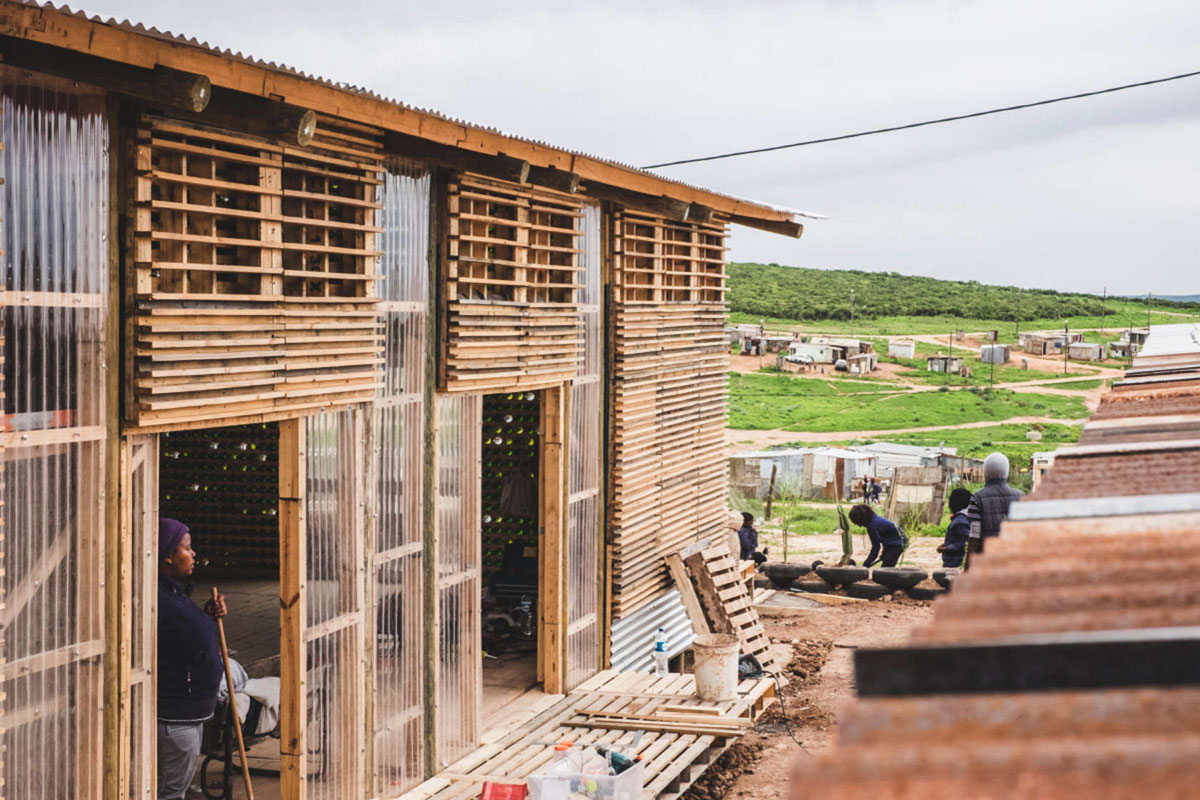 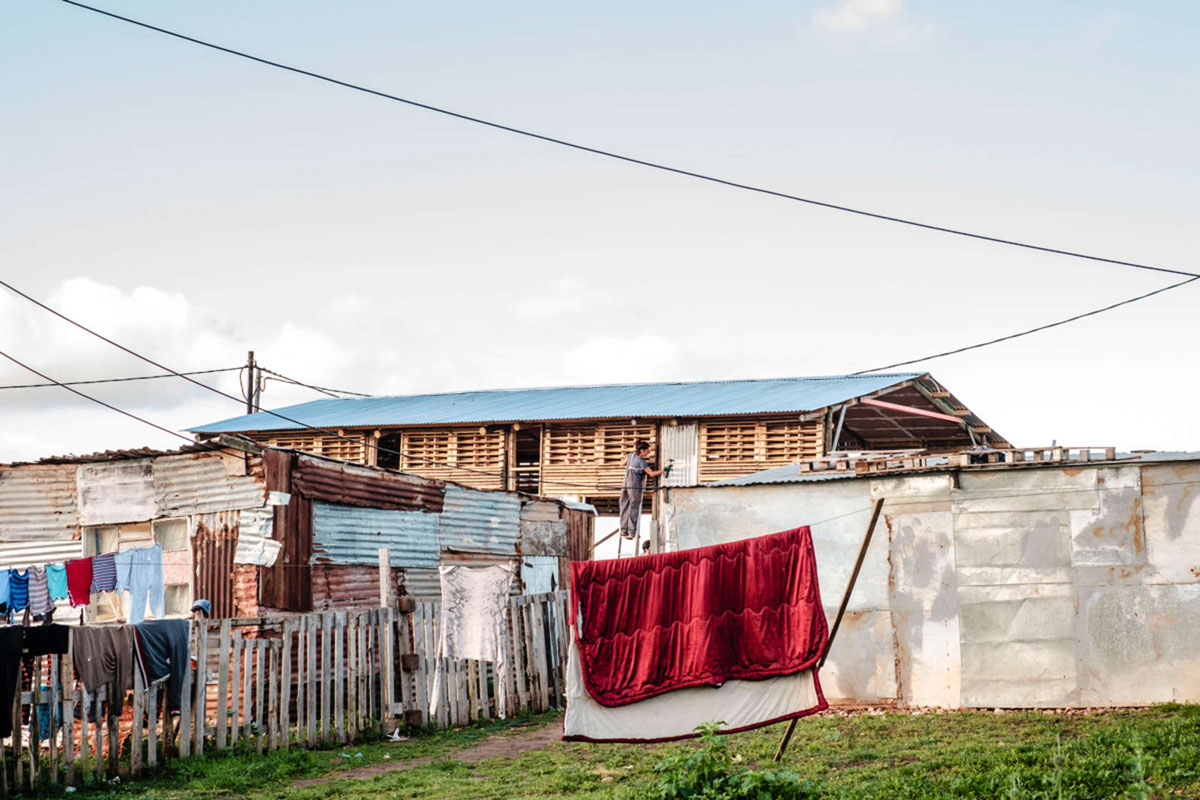 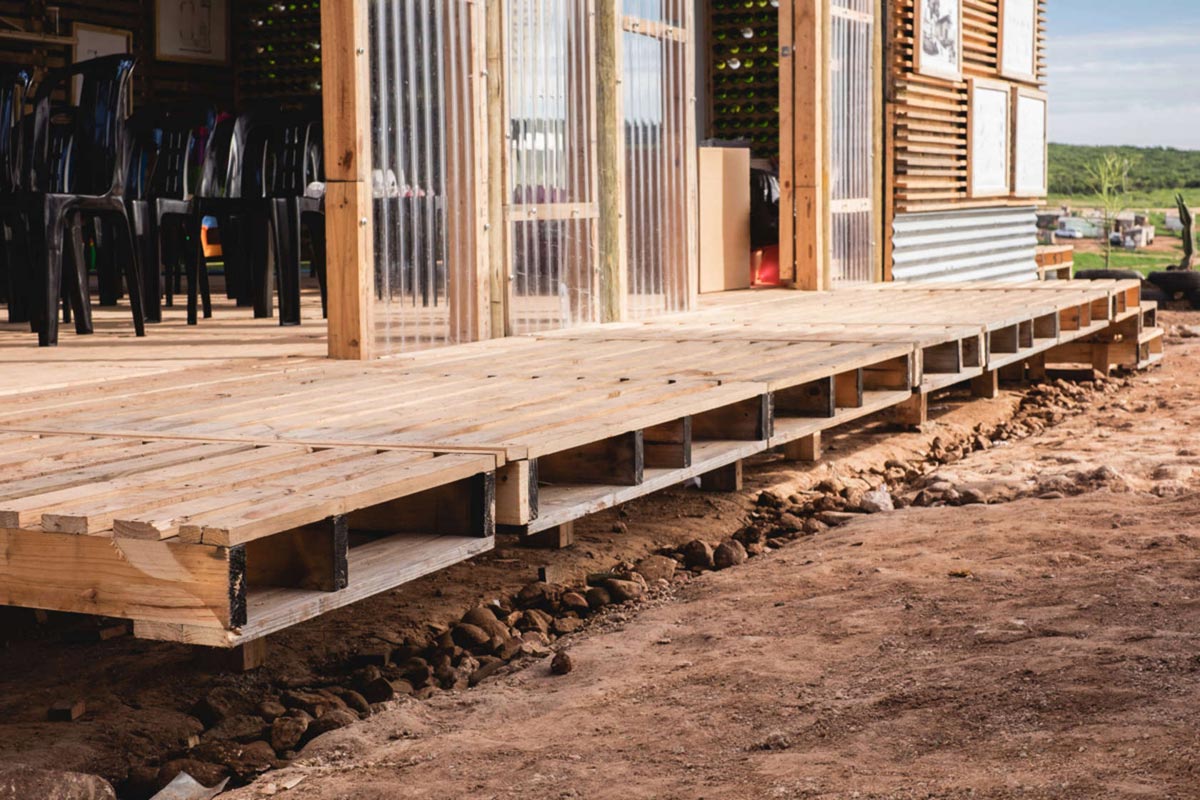 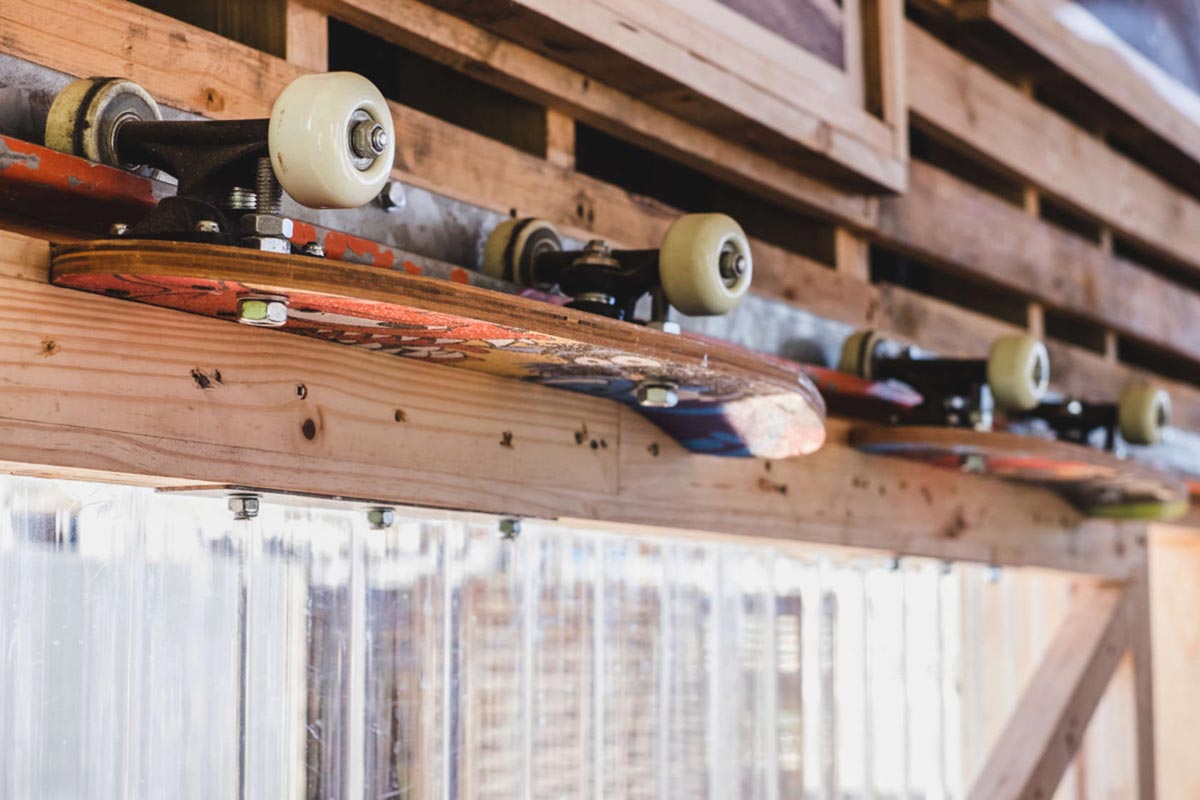 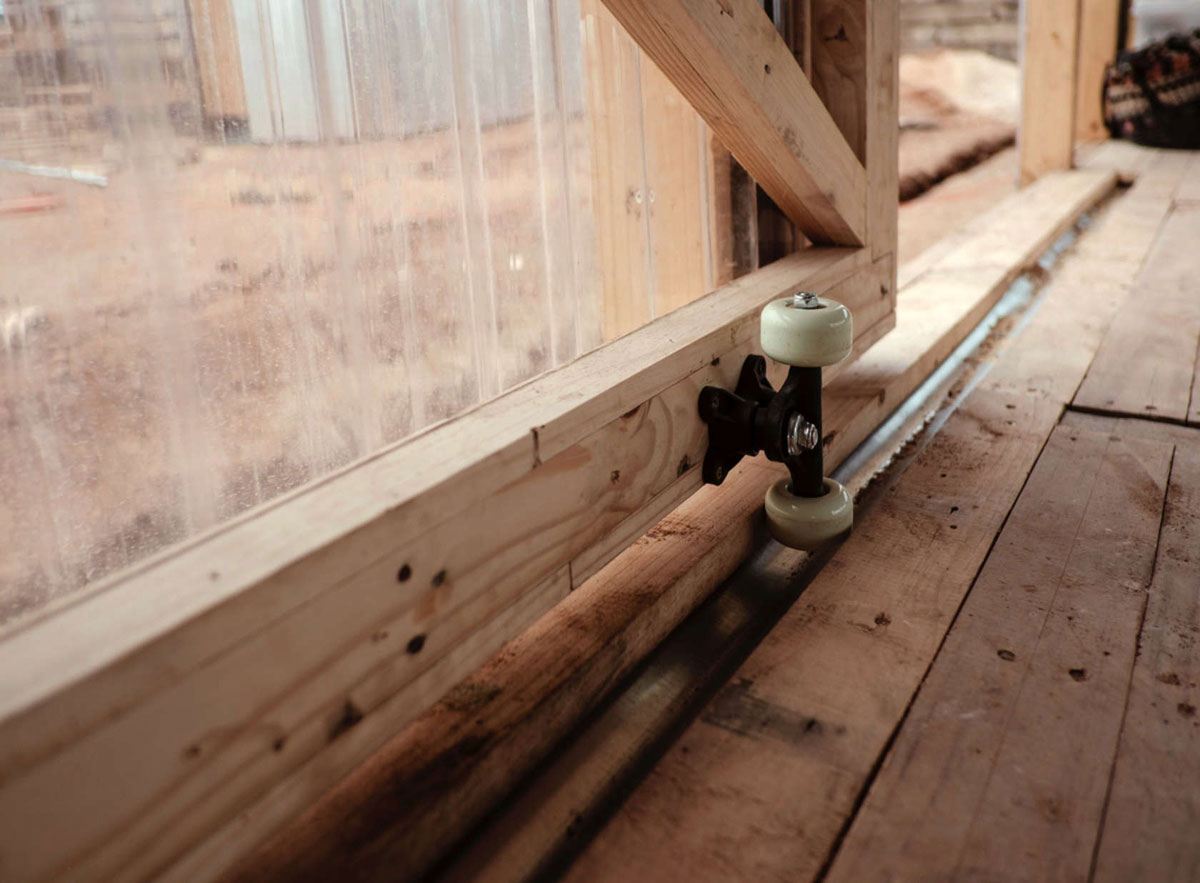 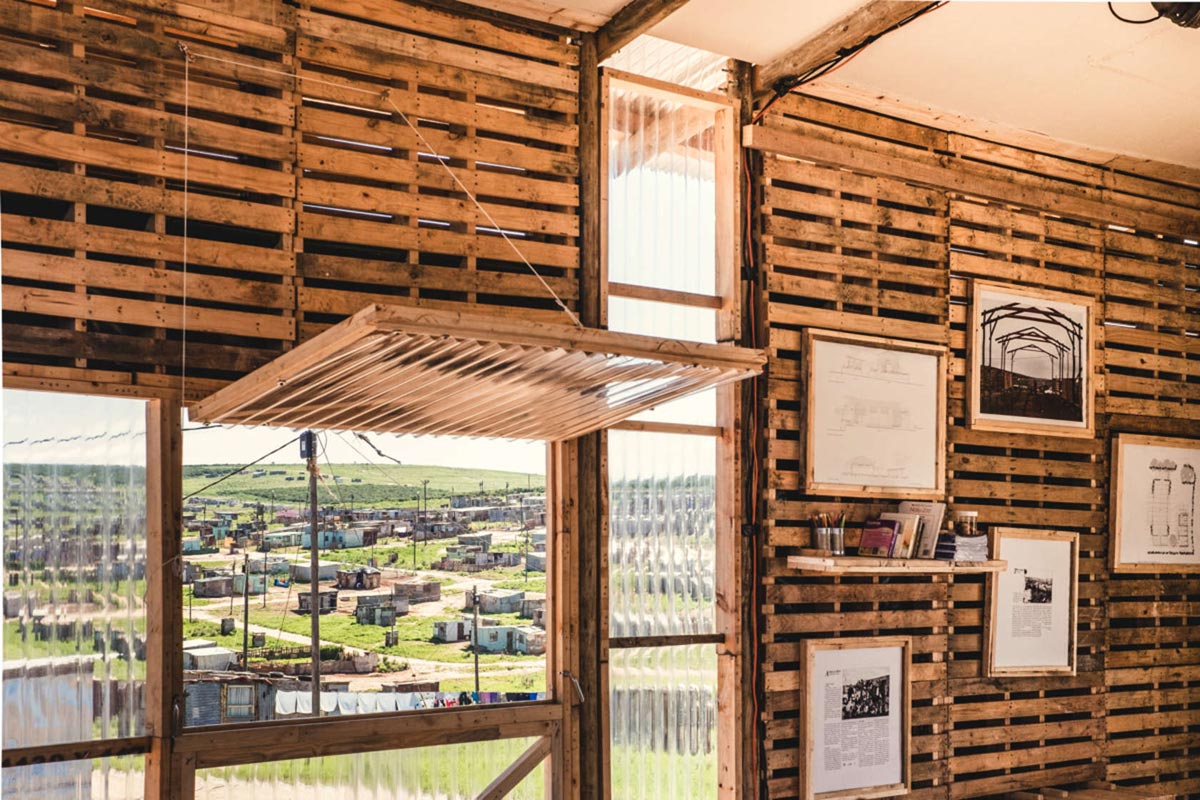 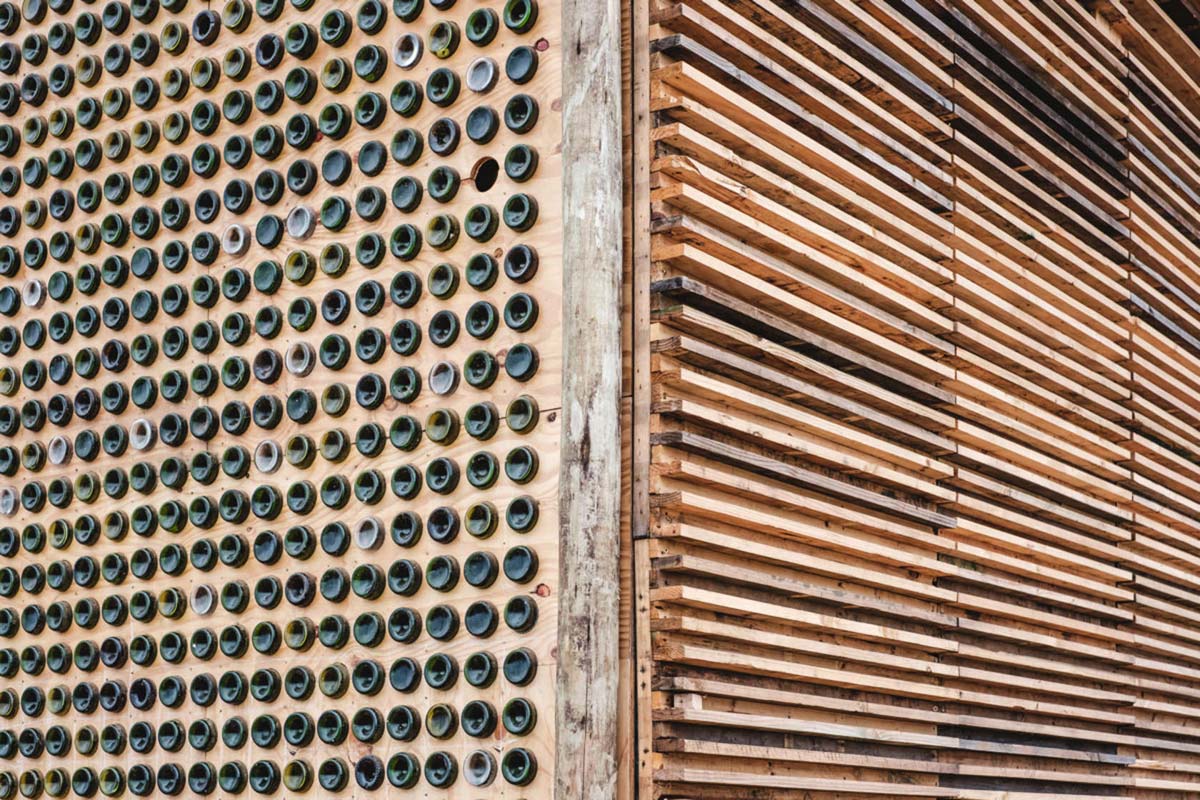 The second goal of the project was to try to develop simple and repeatable processes, which would give the community the tools and knowledge to reproduce these processes for their own development. We decided to use similar materials to what they use for construction (palettes, corrugated sheet metal, tires etc.). Those were then transformed in order to make a durable, solid building with significant architectural value. We also involved a few members of the community throughout the process in order to continuously share this knowledge. It was a two-way knowledge exchange, in the sense that we have a lot to learn from a community that builds and rebuilds every day using limited resources from the surrounding environment. 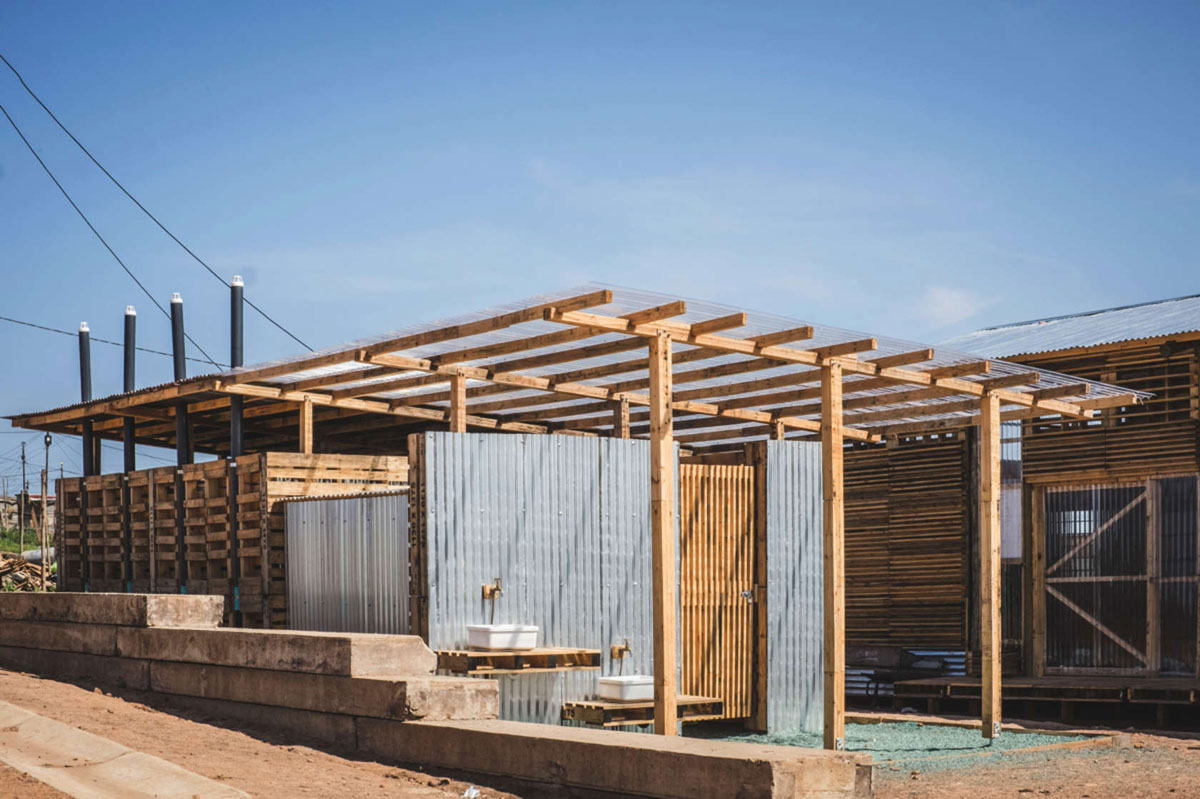 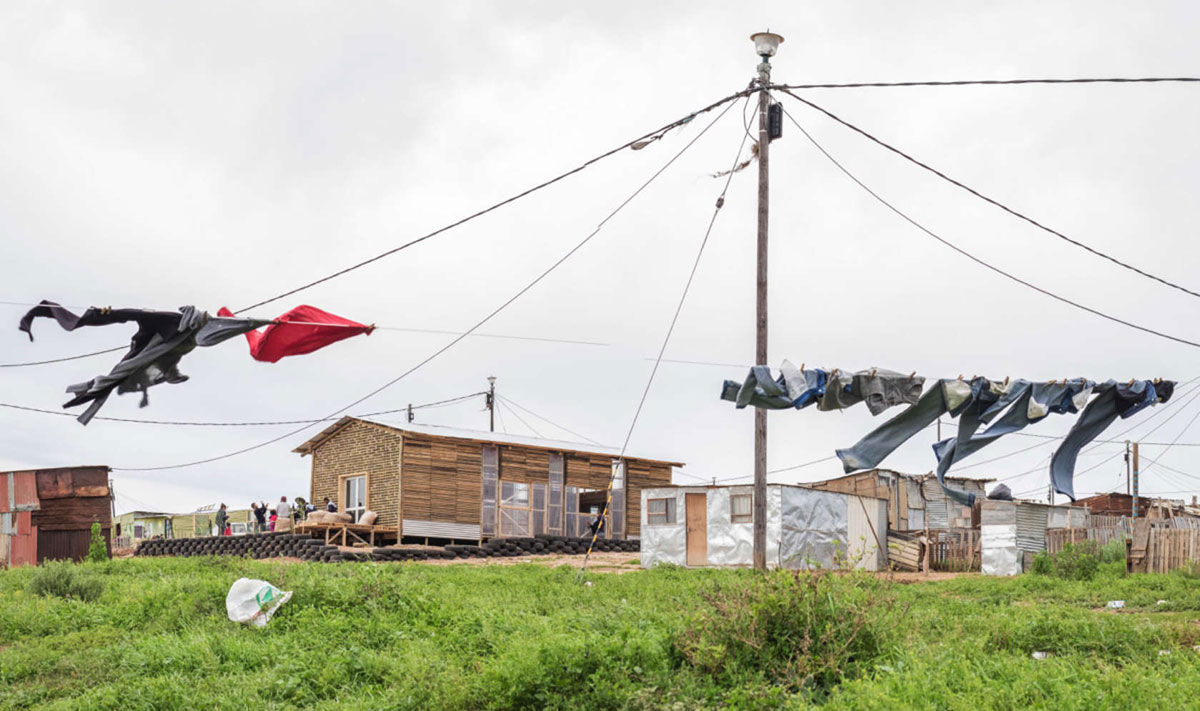 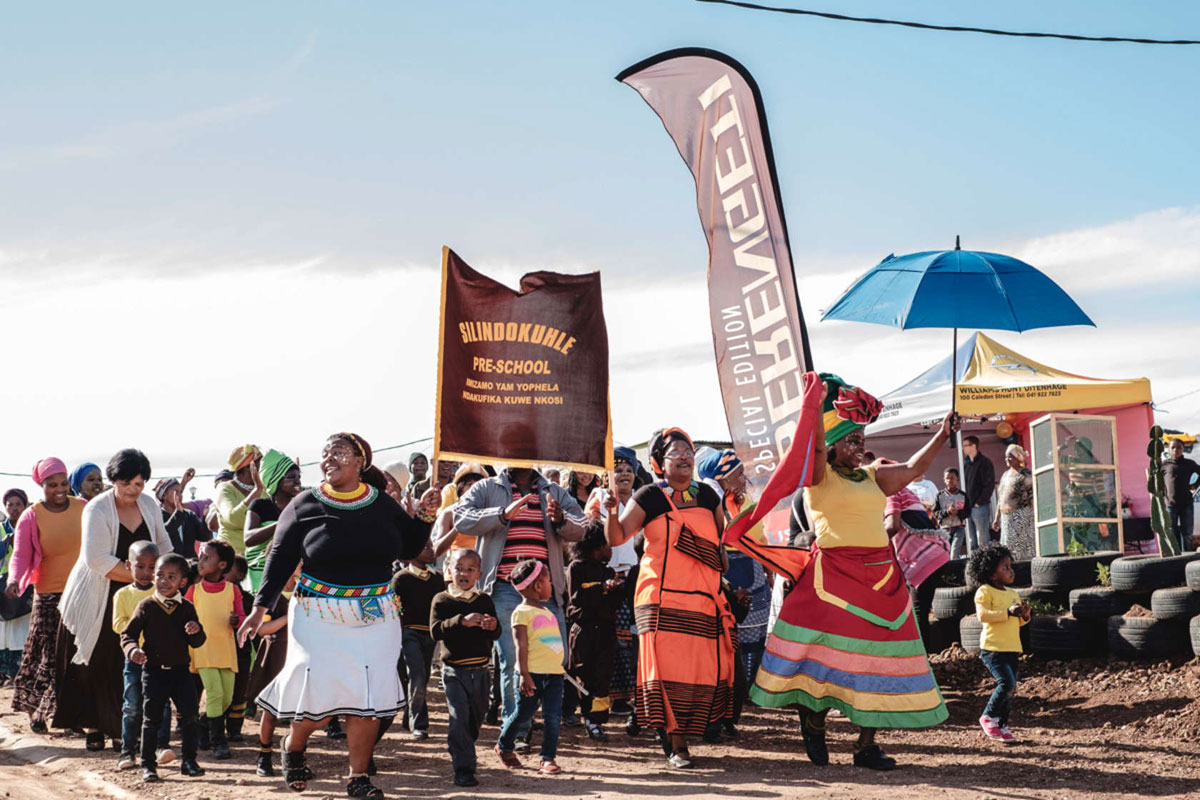 A partnership between different non-profit organizations In February, Saga flew to Port Elizabeth, South Africa. There they collaborated with different organizations that already had roots in a local impoverished community, Joe Slovo. These organizations include: Love Story, an NGO that works towards social development in impoverished communities; and Indalo, the brainchild of Alliance Française of Port Elizabeth which aims to use architecture as an agent for social change. The project had already begun and consists of developing four community buildings around an existing nursery school.