From its special corner location on Friedrichstraße, the new building for the taz newspaper mediates between the traditional Berlin block and the solitary buildings from the time of the IBA in 1984. The combination of corner and block was solved simply: along Friedrichstraße, the Berlin eave height was adopted, and the block was continued. A gentle setback in the façade creates a clearly accentuated entrance. The street, corner and courtyard thus become the urban leitmotiv and transform the potential building envelope from the current development plan into a simple and concise volume. 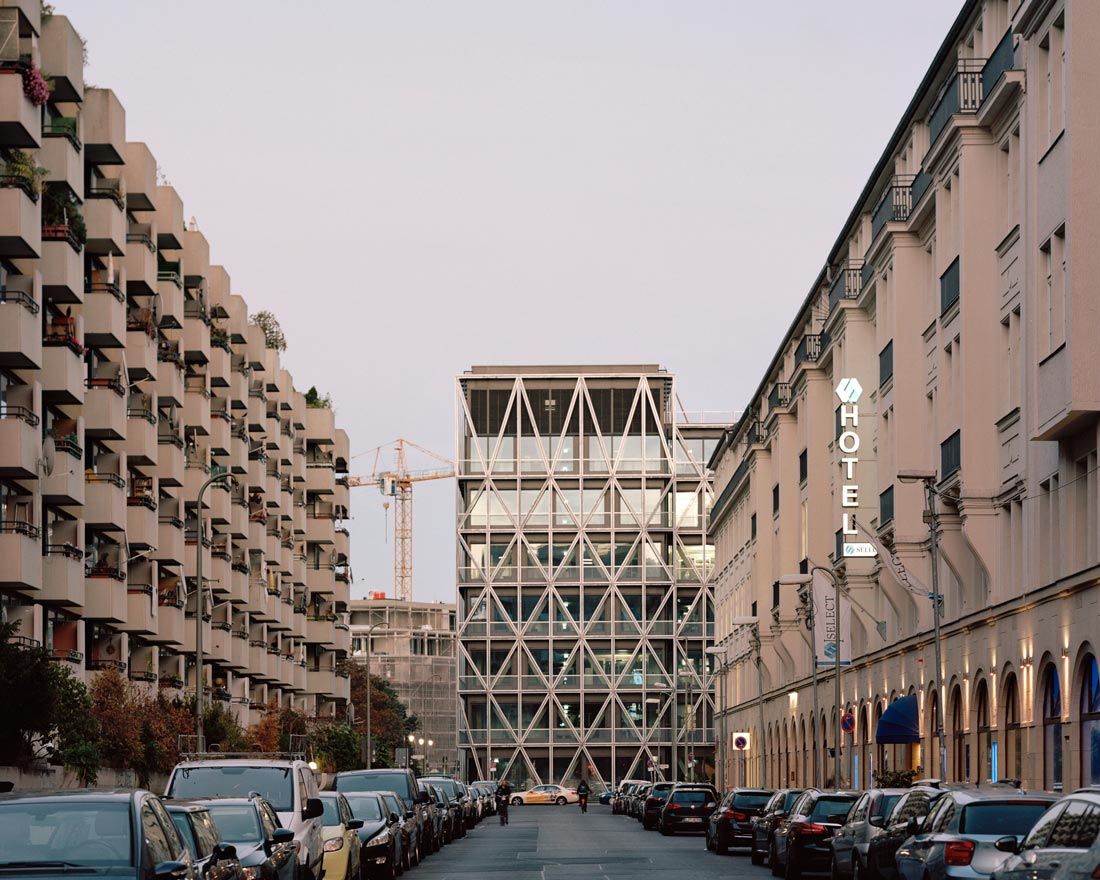 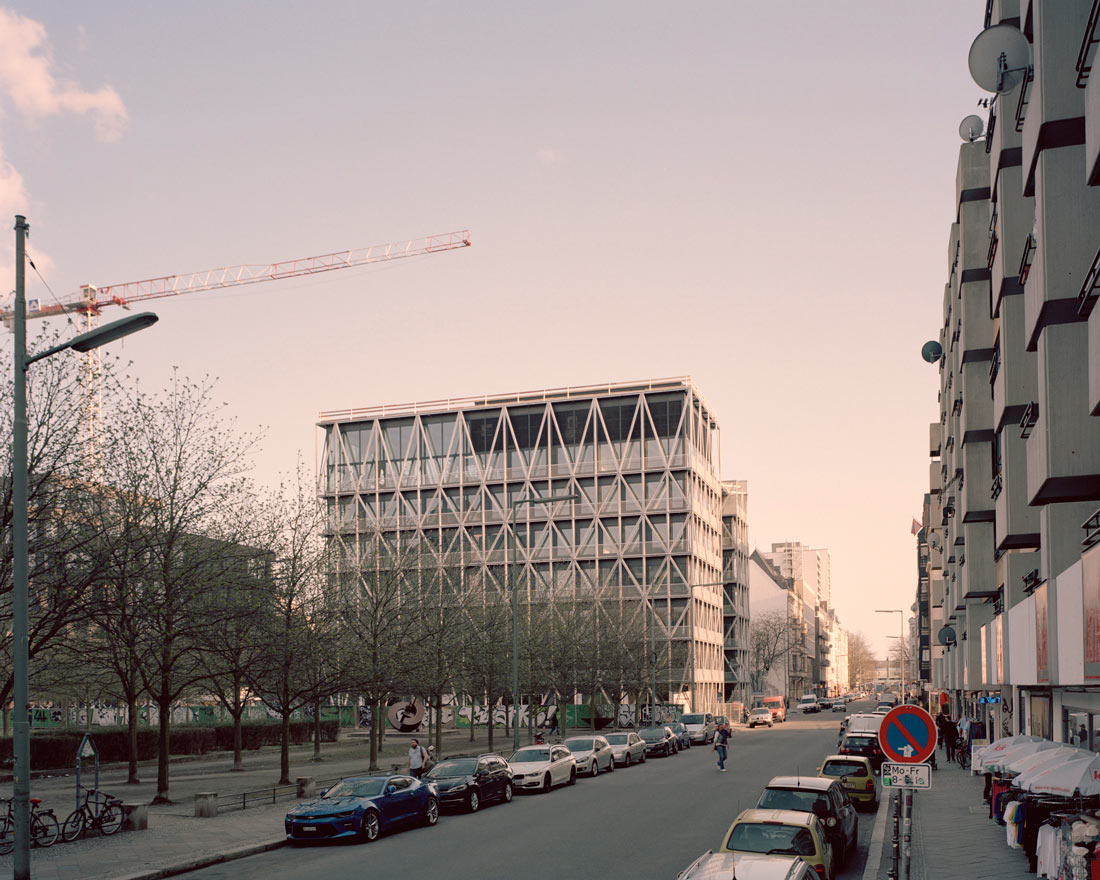 The structural system of the new house is designed as a network with minimum materials used to achieve the maximum load capacity. All the elements perform the same function and only achieve stability together. It is a system without hierarchy. The architectural appearance of the new house for the taz reads as a structure and as a symbol of the organization at the same time. 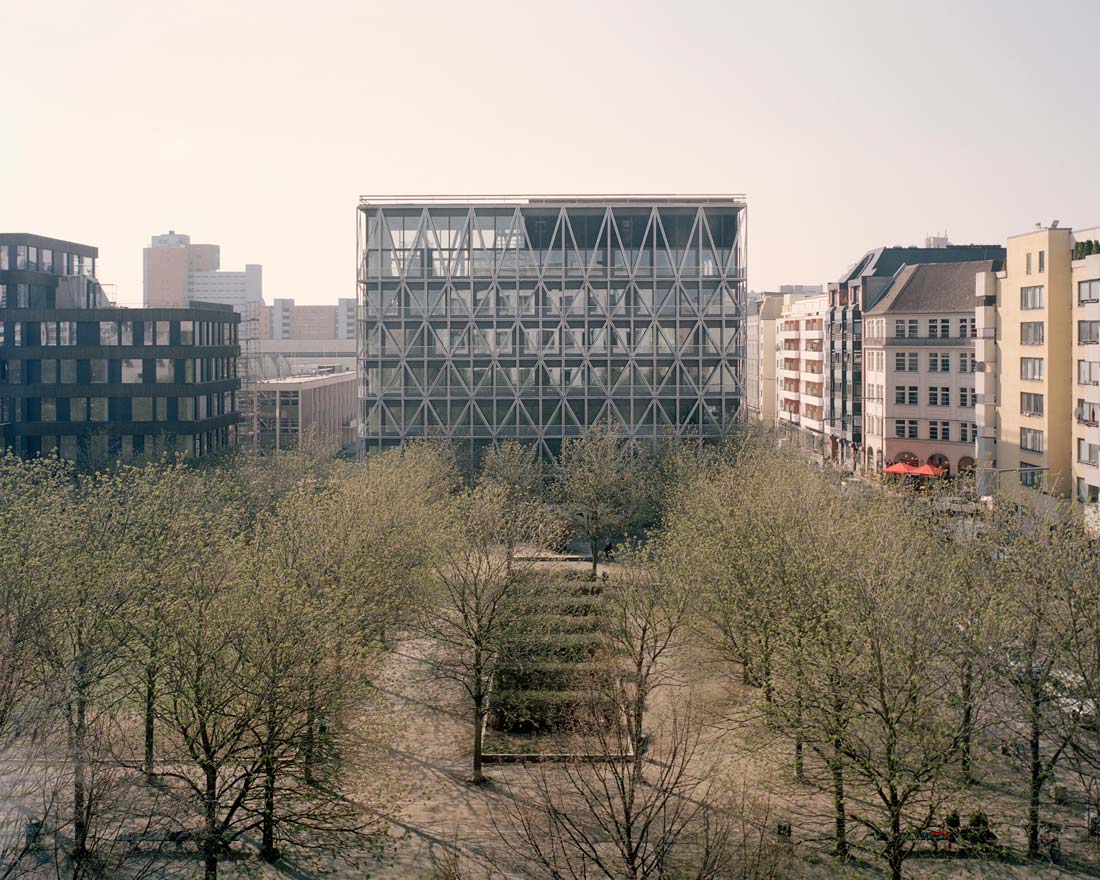 Externally, the network structure appears as a filigree layer with French balconies. It spans the new building and gives it its lightness. The 13-meter-deep office areas create a workshop atmosphere and allow for a variety of ways of working. In the center of the building, a vertical staircase sculpture connects the floors. 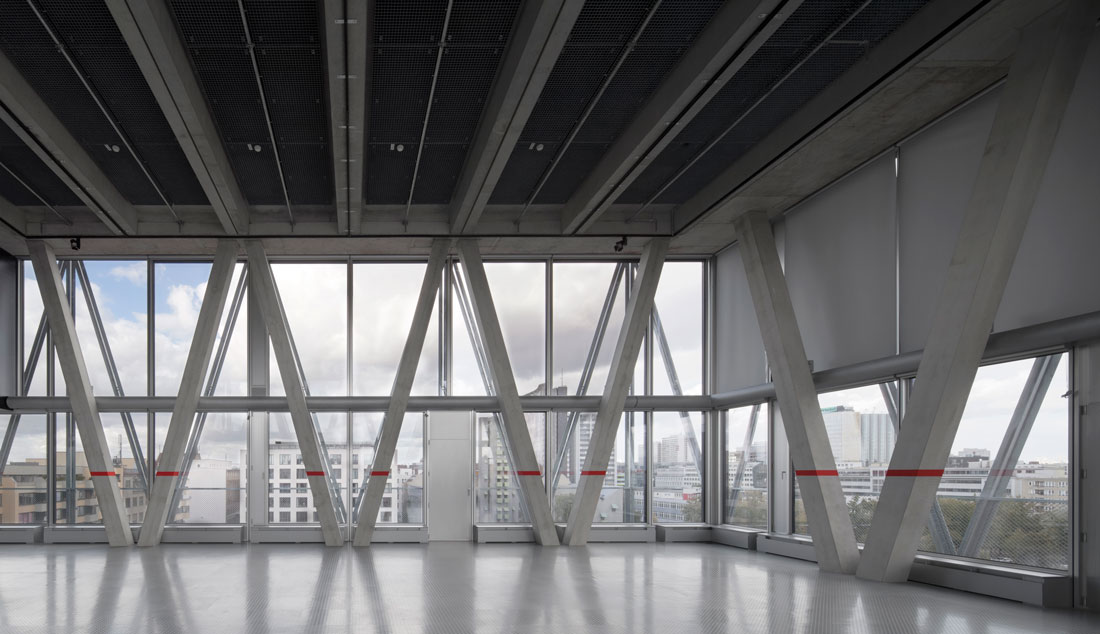 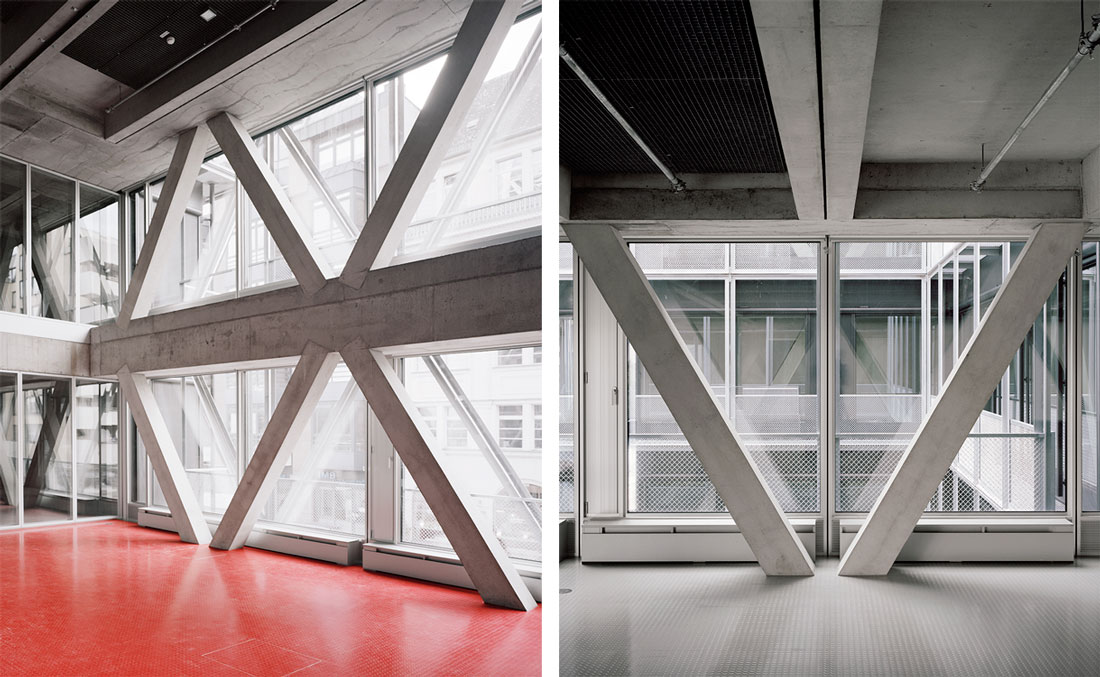 The architecture, façade and intelligently used building technology are optimally coordinated to develop a building and technology concept with high user comfort and minimum energy input. Balanced climate conditions throughout the complex keep the heating and cooling periods short and provide longer energy-free transitional periods in between. 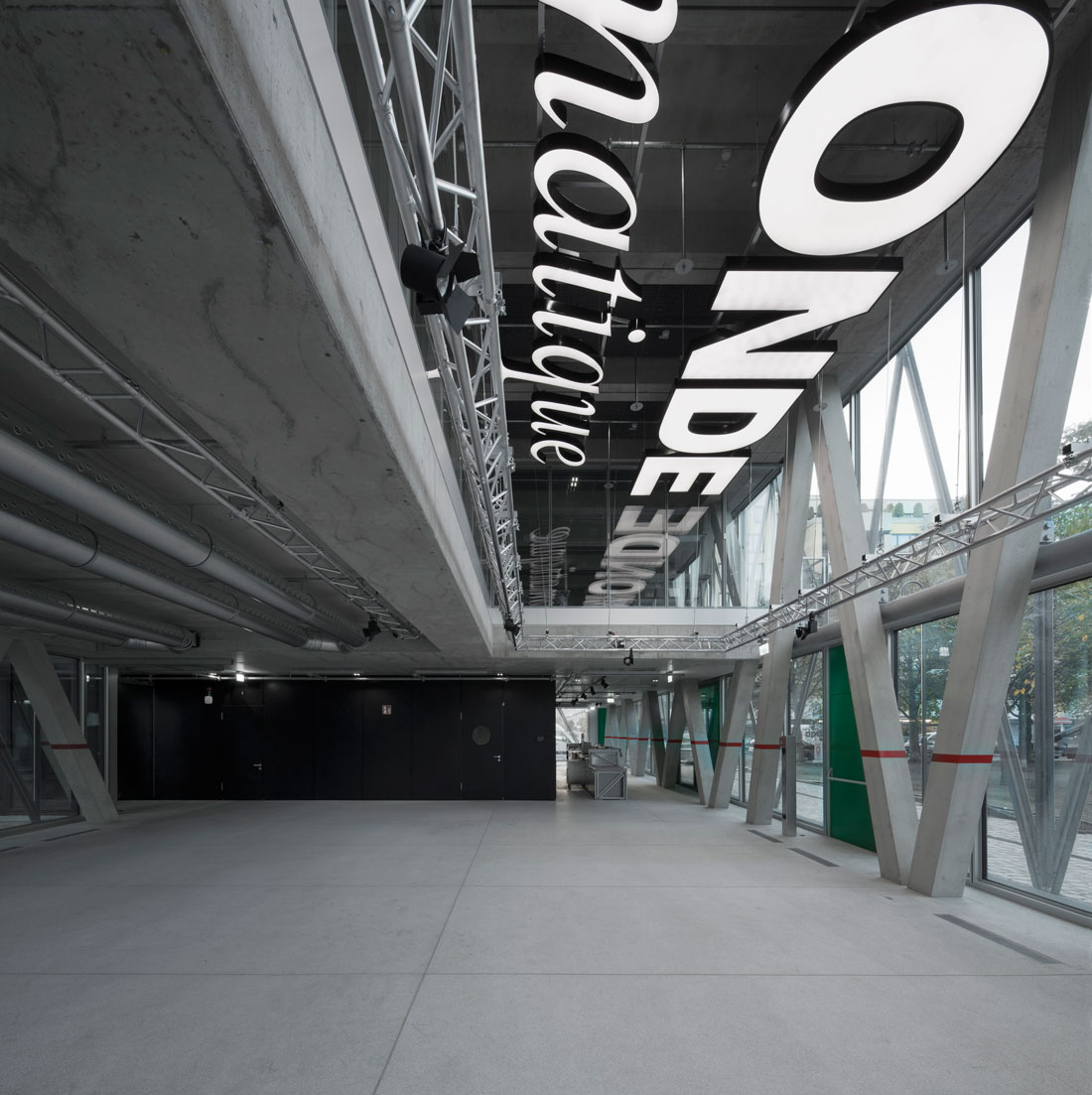 Additionally, the open space structures compensate for any climatic differences between the different façade orientations. The consistent reduction of thermal loads reduces the energy turnover in the rooms to a minimum, which has a positive effect on energy consumption as well as thermal comfort.