Tanzhaus Zürich: Transformation of the Riverbank

In 2012, the previous-existing municipal building at Wasserwerkstrasse 127a in Zürich- Wipkingen, accommodating the Tanzhaus and the Swiss Textile School, was destroyed by a fire. In 2014 Barozzi/Veiga won the international competition carried out by the Amt für Hochbauten Zürich, for the construction of a new building and the transformation of the entire bank of the river Limmat. The construction work for the new Tanzhaus started in September 2016 and ended at the end of May 2019, in compliance with the budget of 14.4 million Chf. 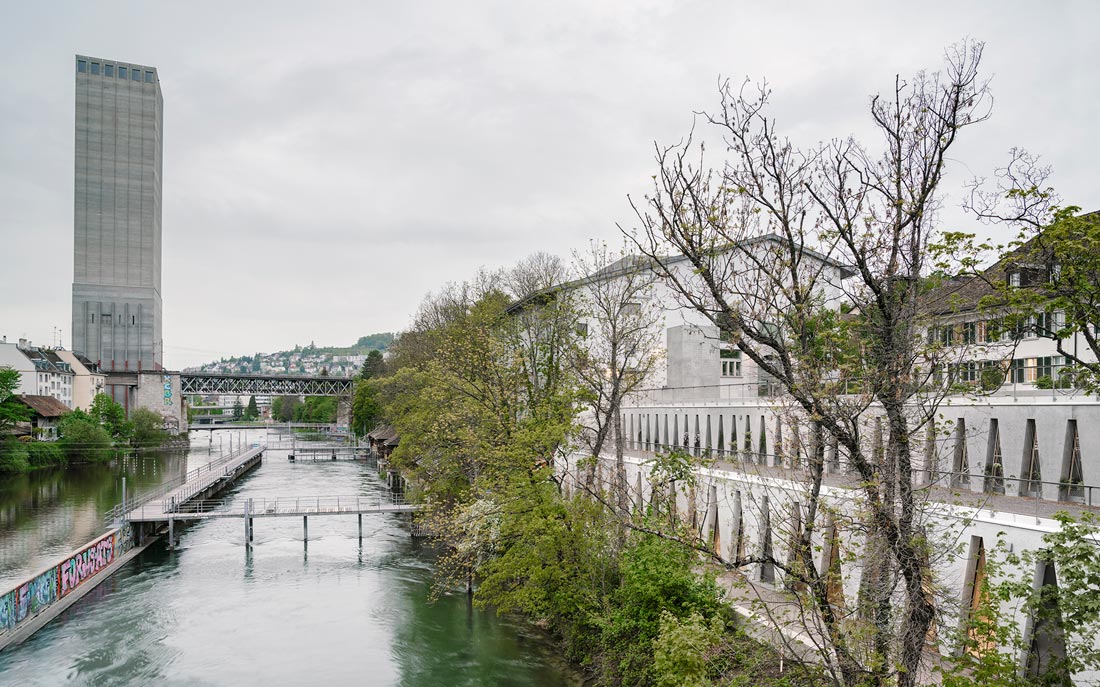 The project seeks to reactivate the promenade along the Limmat River, transforming and redefining the current residential conditions of its location. In this way, the building is defined as a simple tiered volume of space, integrated into the slope and barely noticeable from the outside – an element that enables a new public space to be generated on its roof and that connects the existing itineraries at different levels that intertwine along its bank. 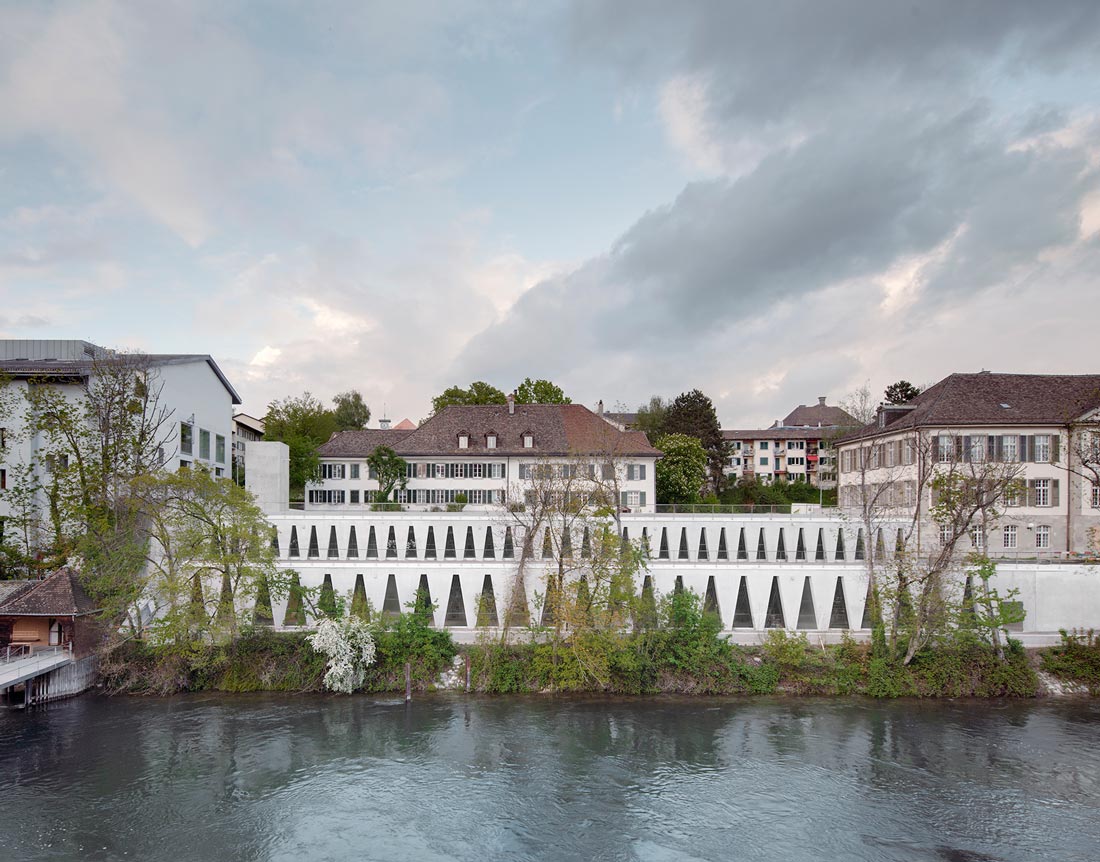 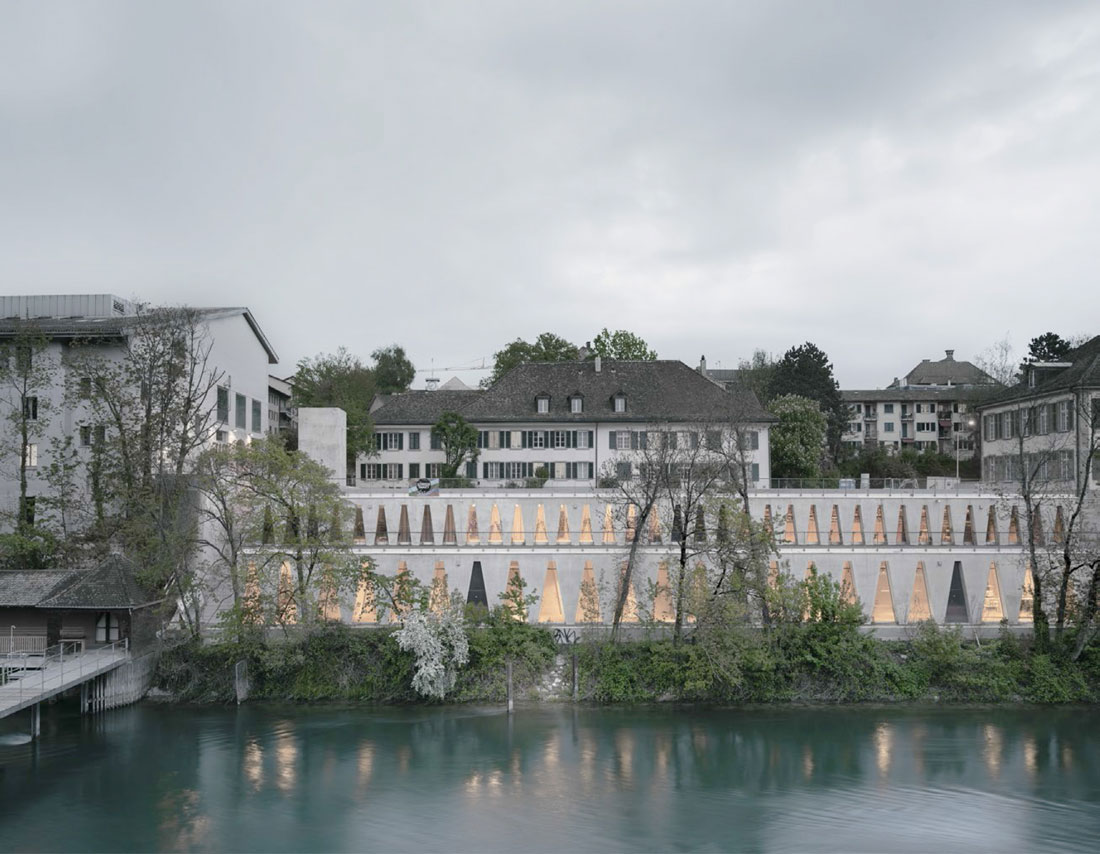 The transformation by Barozzi/Veiga sensitively addressed the listed building ensemble. By precisely incorporating the replacement building into its environment, the project skillfully combines old and new. The building resolves the relationship with its surroundings through the definition of its main façade. Composed through the repetition of a singular element, which enables the building to be integrated into the Limmat’s urban environment, the triangular openings characterize the main interior spaces of the building and singularize its visual impact through the vegetation along the riverside, providing the Dance school with a distinctive identity. 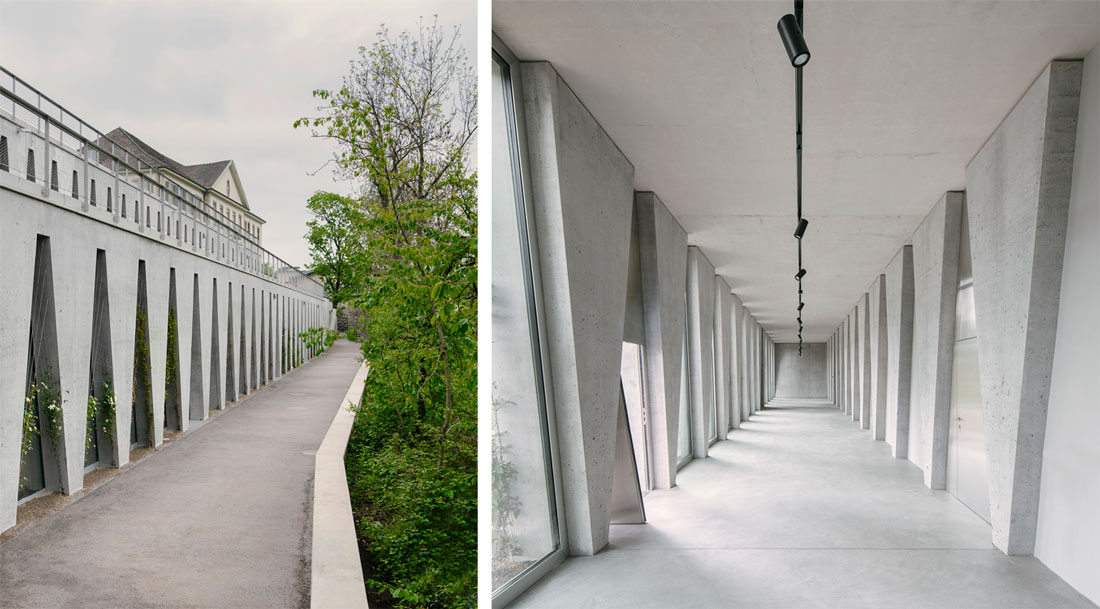 The program is clearly organized across two levels, separating private uses on the upper level from public uses on the lower one. This division permits, firstly, different accesses, which activate the circulation around the building. Secondly, it encourages work with different scales on the two levels, reinforcing the building’s public nature at the level in direct contact with the Limmat. On the lower level, the main foyer runs over the entire length of the façade and gives access to the production rooms and the main multifunctional hall. This space, which spans two stories, is provided with daylight on the side. The upper level accommodates the Tanzhaus offices and backstage spaces. 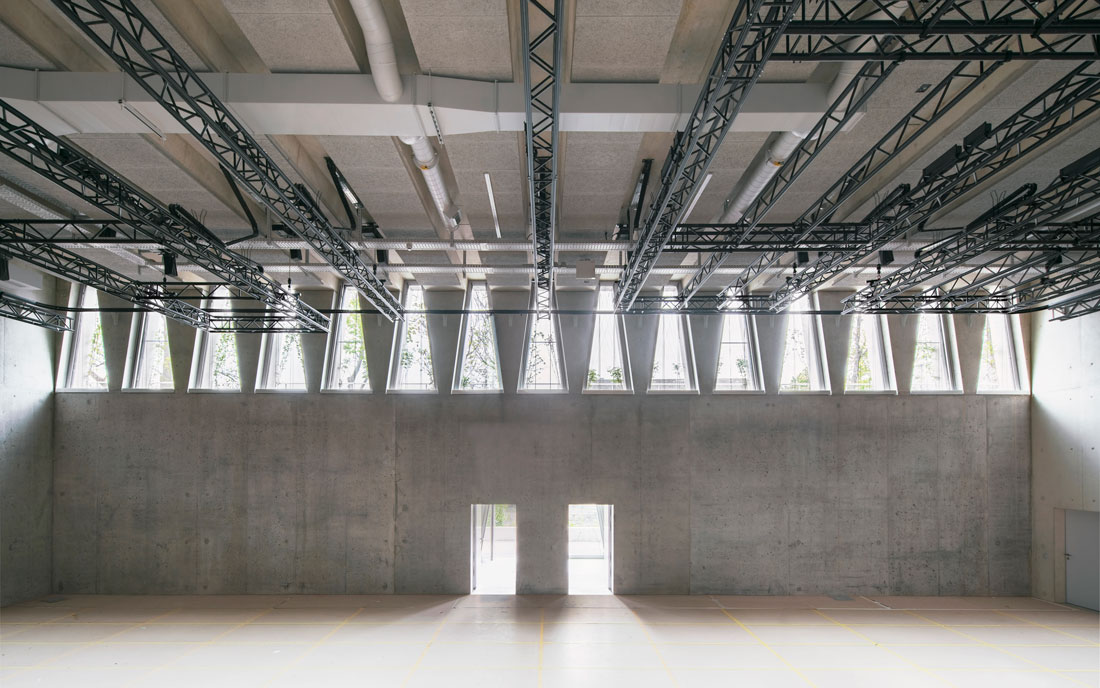 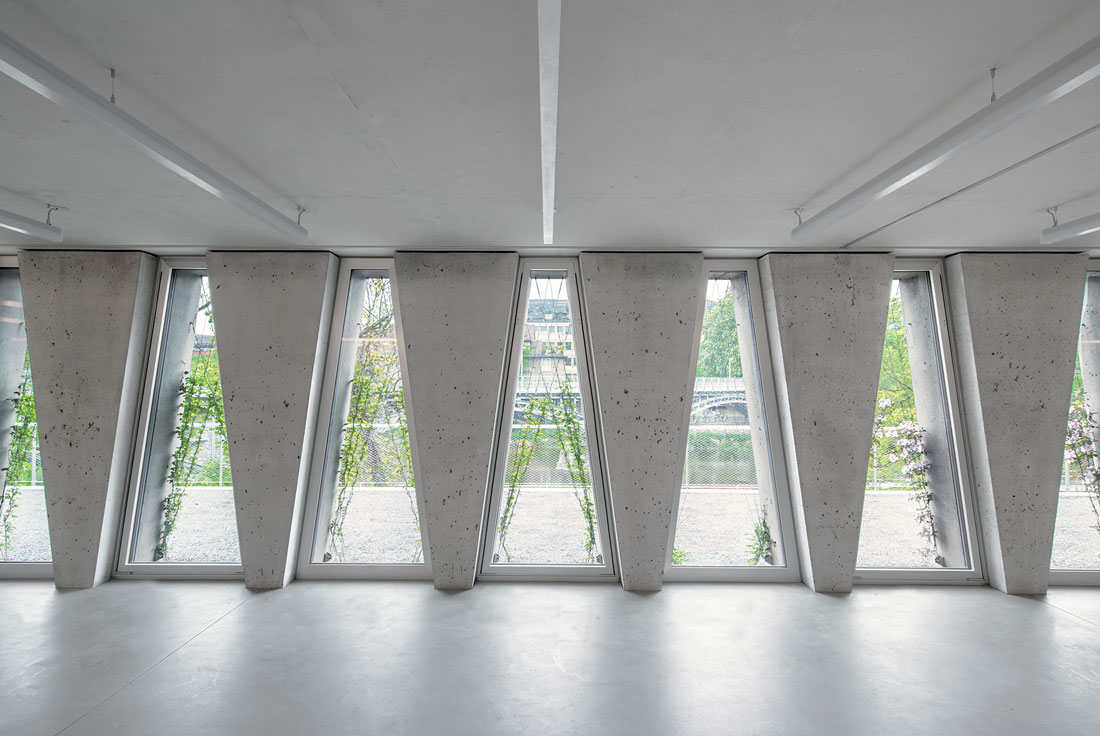 The project by Barozzi/Veiga consists of a new cultural building for the city of Zürich, which reflects the importance of the Tanzhaus as one of the most important centers for contemporary dance in Switzerland.