The existing building originally served as a windmill factory and is a typical example of one of the many mass-produced warehouse or factory buildings from the late 1960s and 70s found in almost every suburban industrial zone in the western world. Typically constructed from prefabricated concrete panels or corrugated steel, these industrial leftovers are perceived as having little or negligible historic, cultural and architectural value. 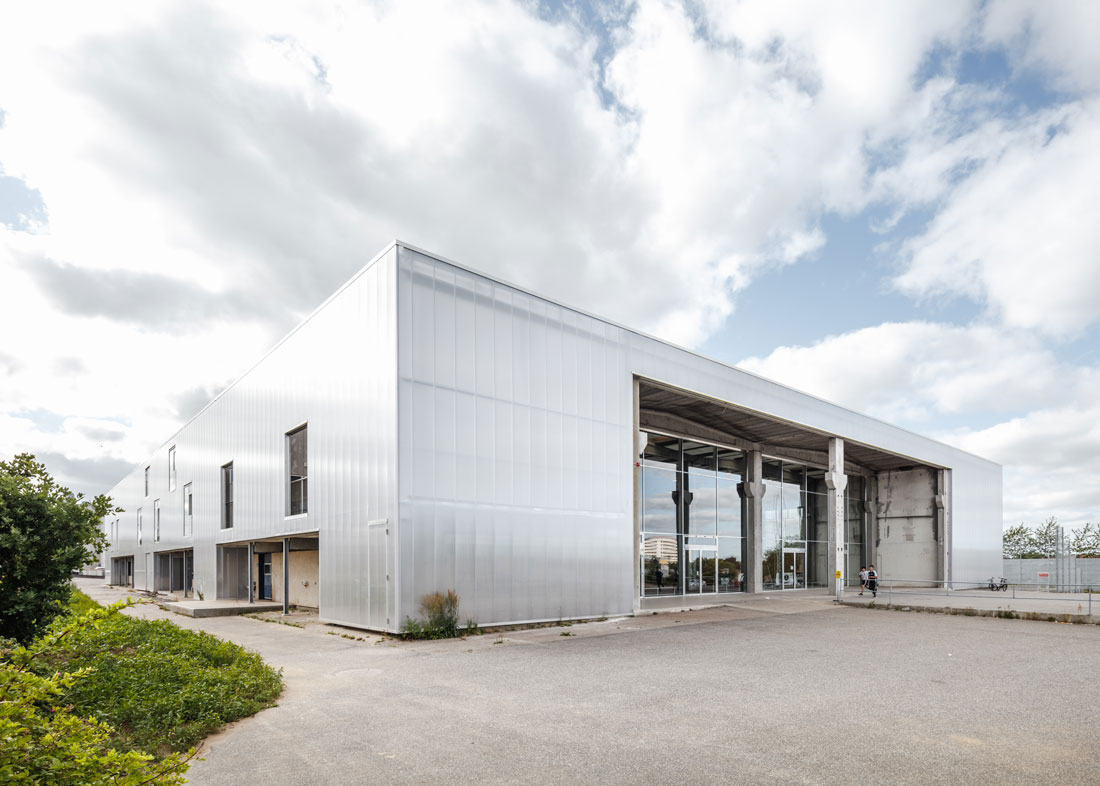 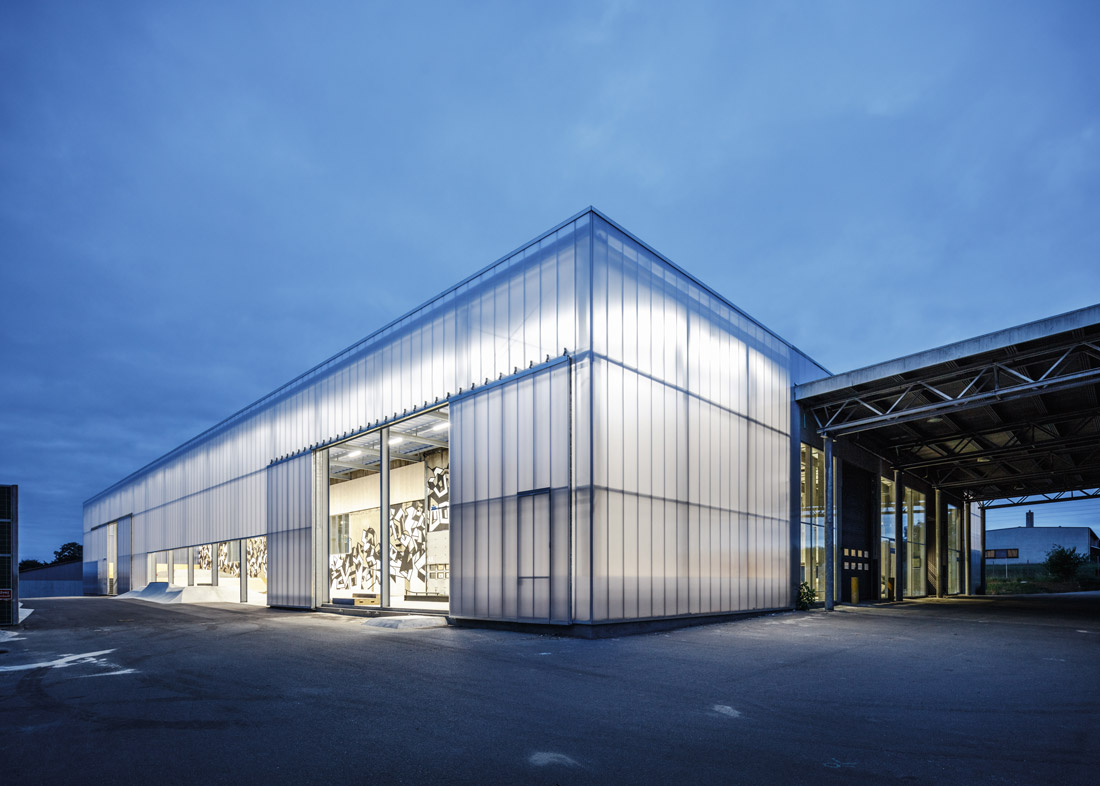 Therefore, the main question behind EFFEKT’s proposal was: how can we convert, reuse and reprogram this type of insig­nificant and mostly introverted building typology in a qualitative way?

“However uninteresting and grey the exterior of these boxes appear, they often contain an impressive interior space of magnificent scale and almost cathedral-like proportions, based on a repetitive, neatly arranged structural system. To us, this vast space posed the only true value of the building – and we wanted to expose and highlight this to the outside world. We simply removed the façades at both ends of the building and positioned the new functions on both sides of the existing structure, leaving the internal production space intact. This clear and emphatic reorganization also equips the building with a completely new exterior and makes it possible to pull in more daylight through the two new glass façades while improving the connection to the exterior space,” says Tue Foged, partner at EFFEKT.

This approach may pave the way for the revitalization of many other disregarded buildings left to deteriorate around the country. 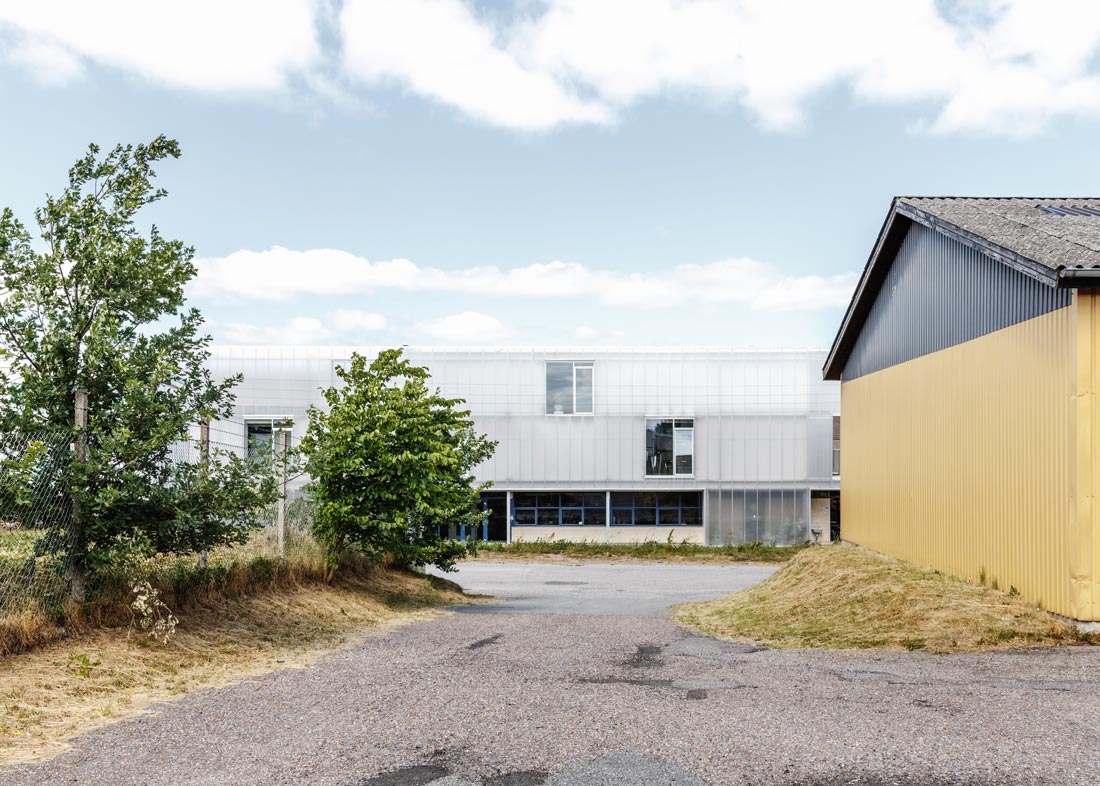 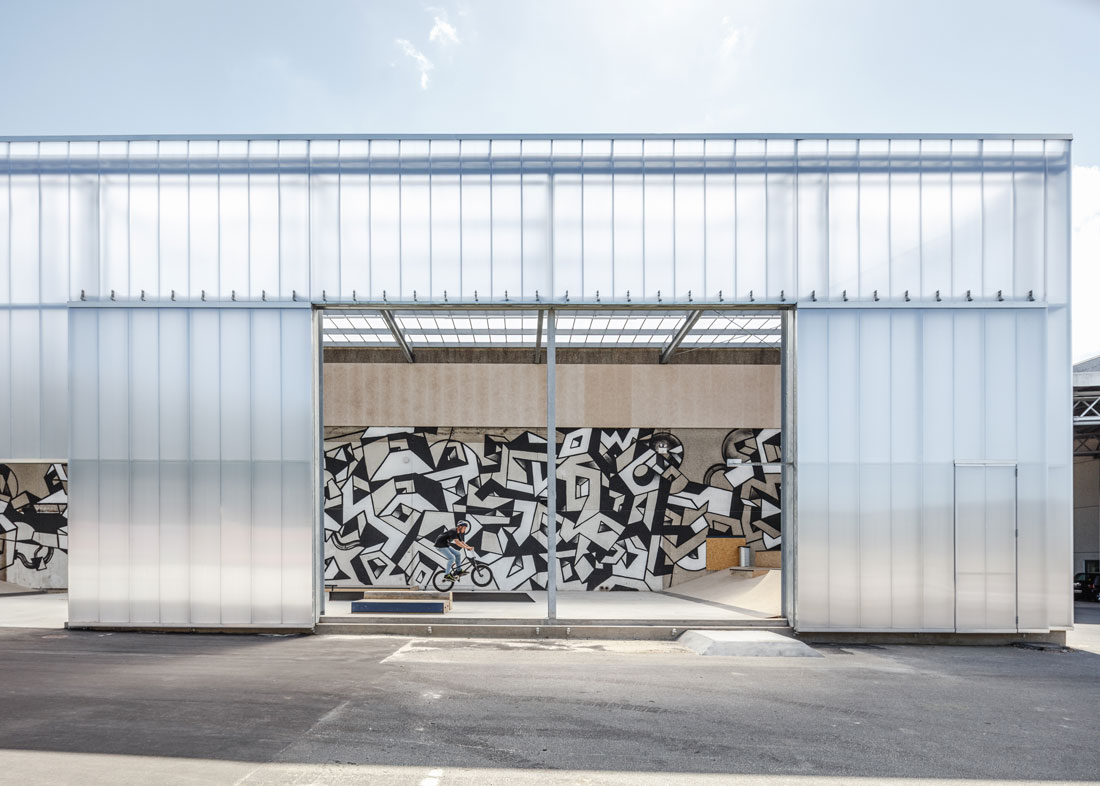 The functional goal of the new Streetmekka Viborg was to create a series of activity spaces for sports, cultural and social purposes arranged in a highly complex programmatic network. It aimed to serve the increasing demand for individualized and self-organized alternatives to the established club sports and cultural activities, thereby supporting GAME’s mission to attract local youth and create lasting social change through street-sports and culture enabling, empowering them in their future lives.

“Targeting a broad demographic audience from across a variety of cultural backgrounds, gender, age and interests, our goal was to create an open and welcoming building, lowering the threshold for involvement and engagement. We achieved this by making a transparent building with a clear, well-defined organization perceivable to everyone,” says Foged and continues, “[It is] an anti-elitist, pop-culture take on a hybrid between a sports facility and a culture house, which is robust enough to stay open to the public 24 hours a day without supervision and where the users are in charge and take initiative.” 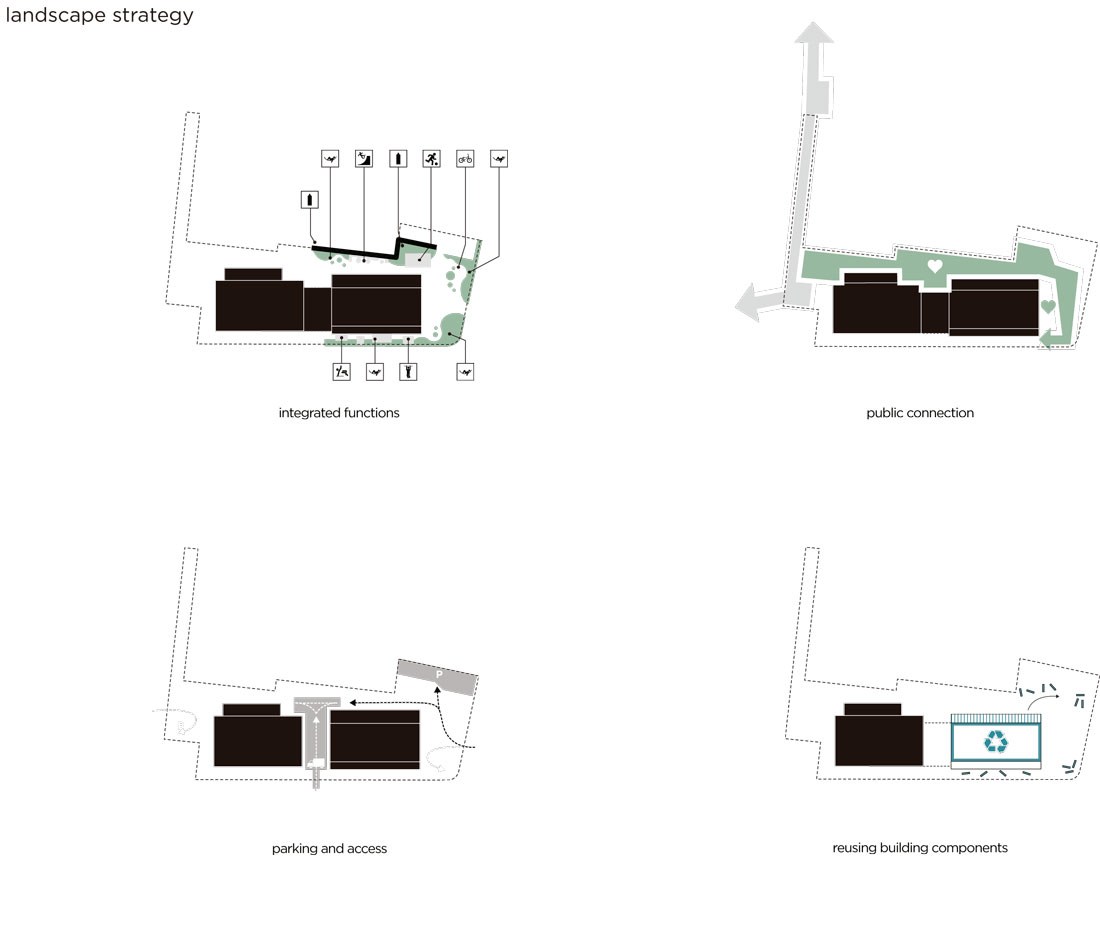 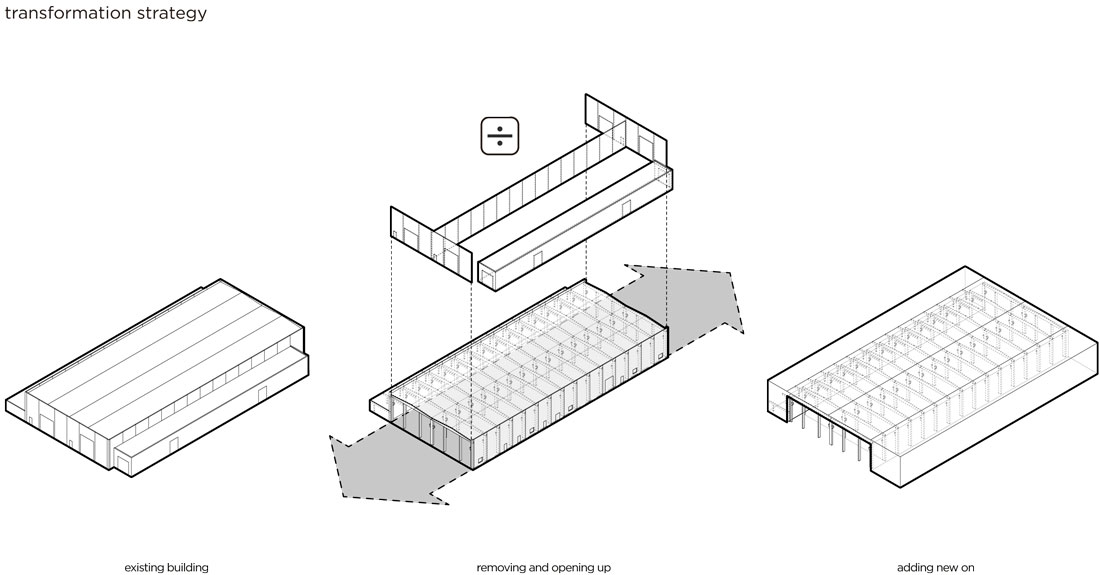 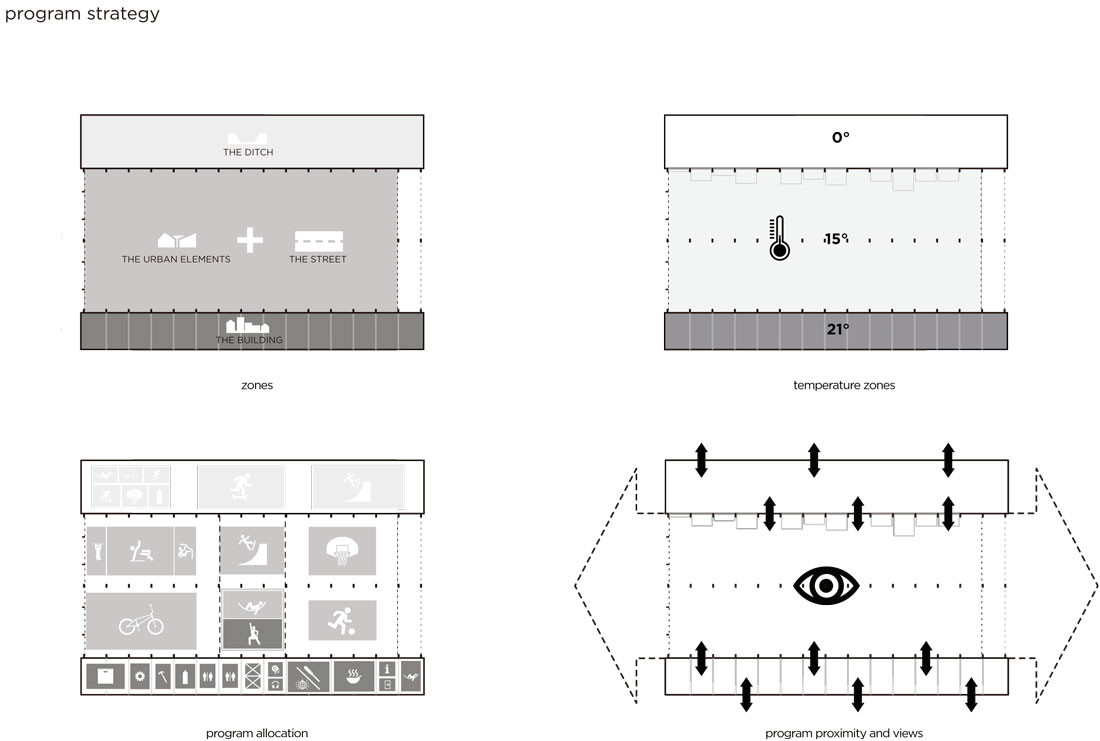 The new Streetmekka 2.0 is for everyone. It doesn’t matter if you want to participate, create, hang out or observe – there is a designated space for everything and everyone. The idea of expanding the original program to include so many different types of activity under the same roof is based on the notion that coexistence breeds new synergies and new social relationships. Additionally, it exposes visitors to new types of activity they might never have realized existed, encouraging future engagement.

The maker labs and workshop areas enable the users to continuously develop and reconfigure the facility. Streetmekka Viborg is not static in terms of program or physical appearance. It will continue to evolve with the users – both in the short term (due to the animated façades and the street art) and the long term (when new programs are added and old ones removed). 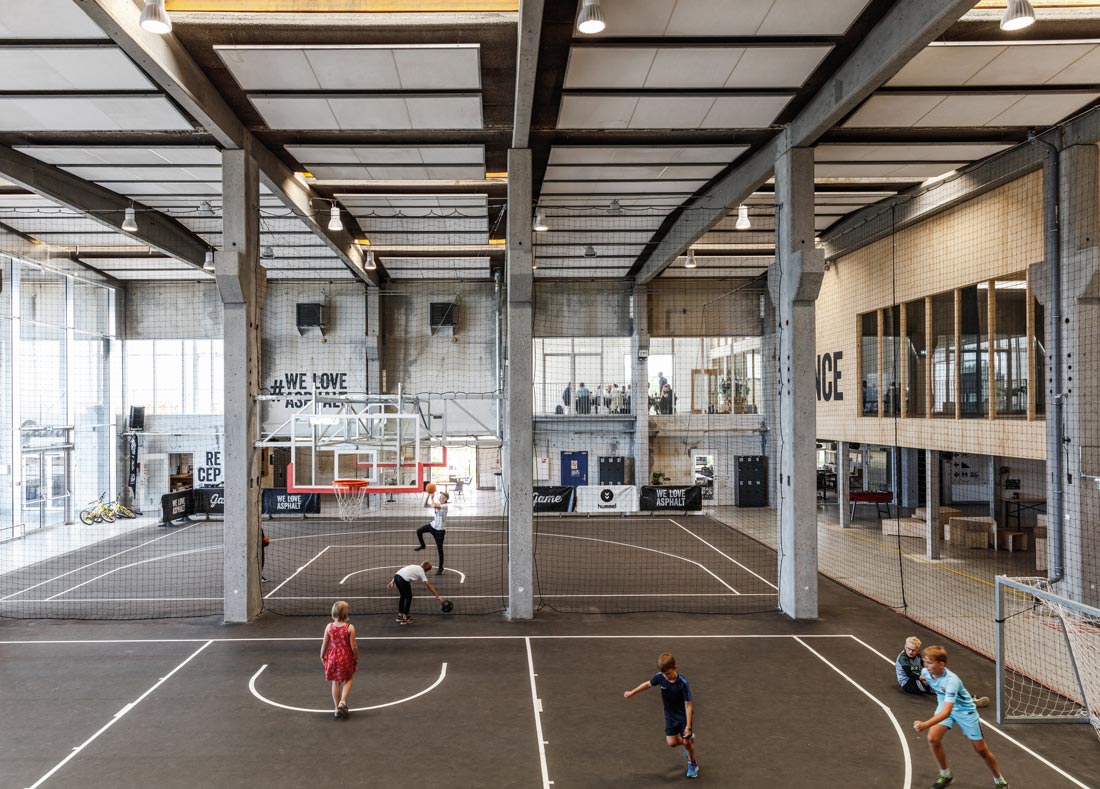 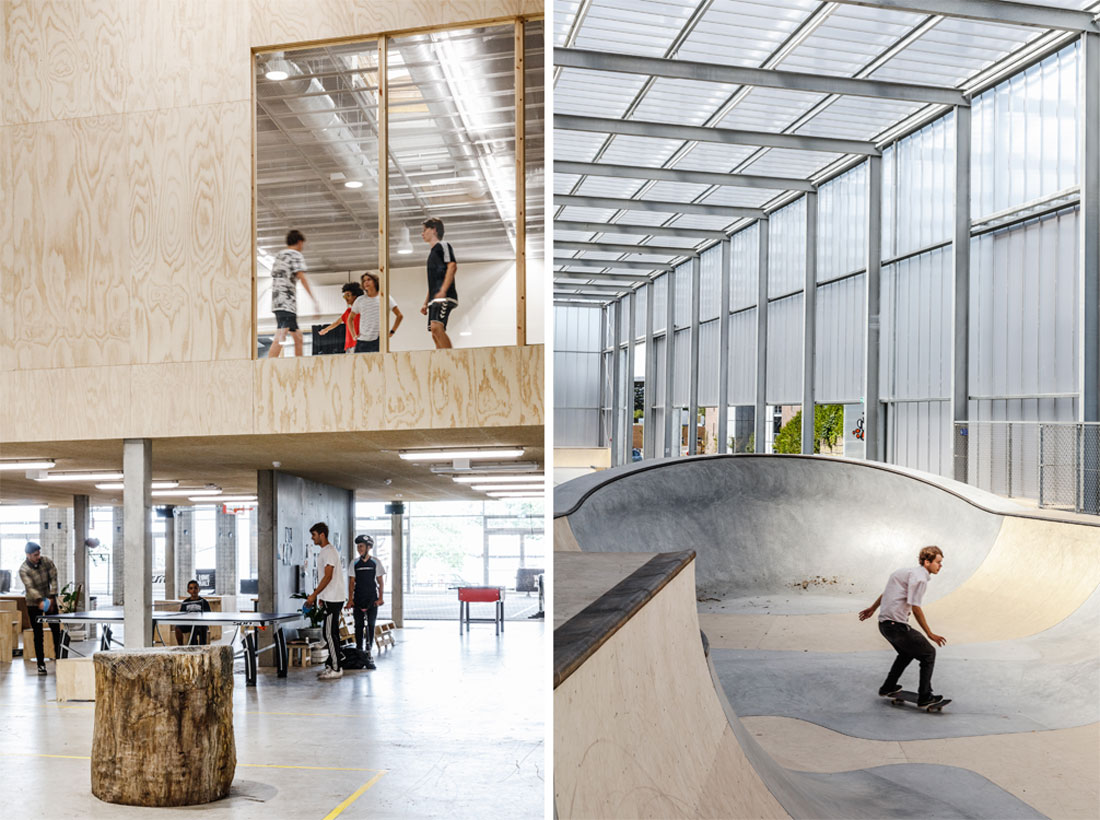 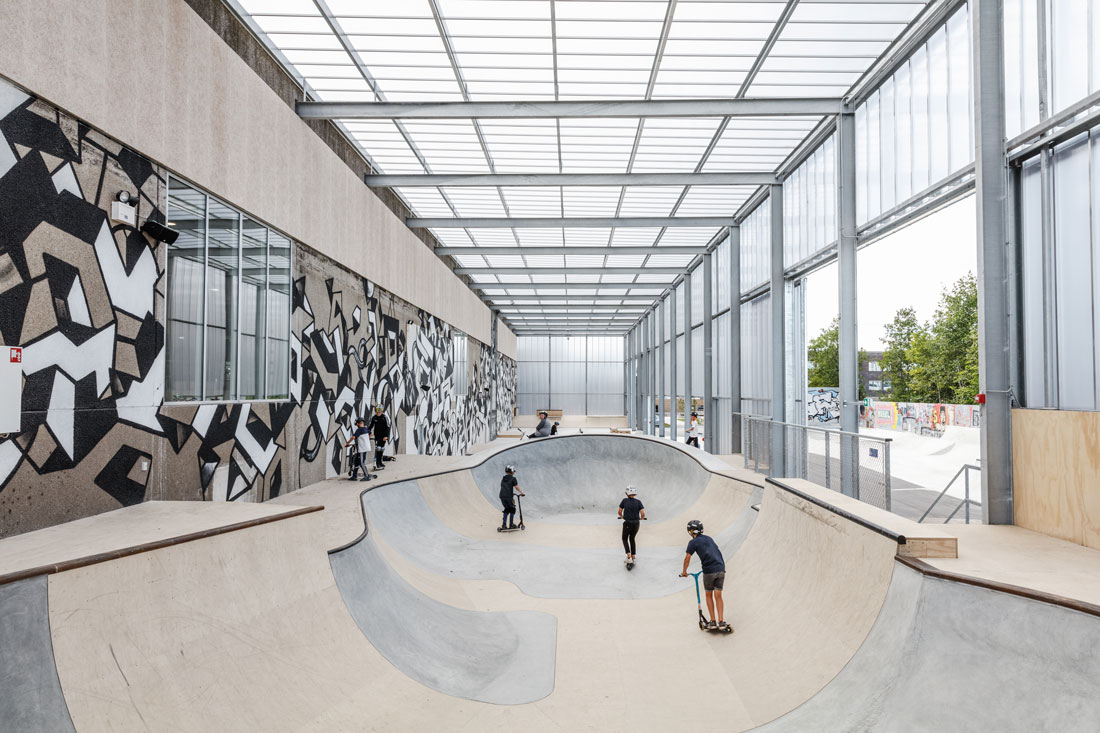 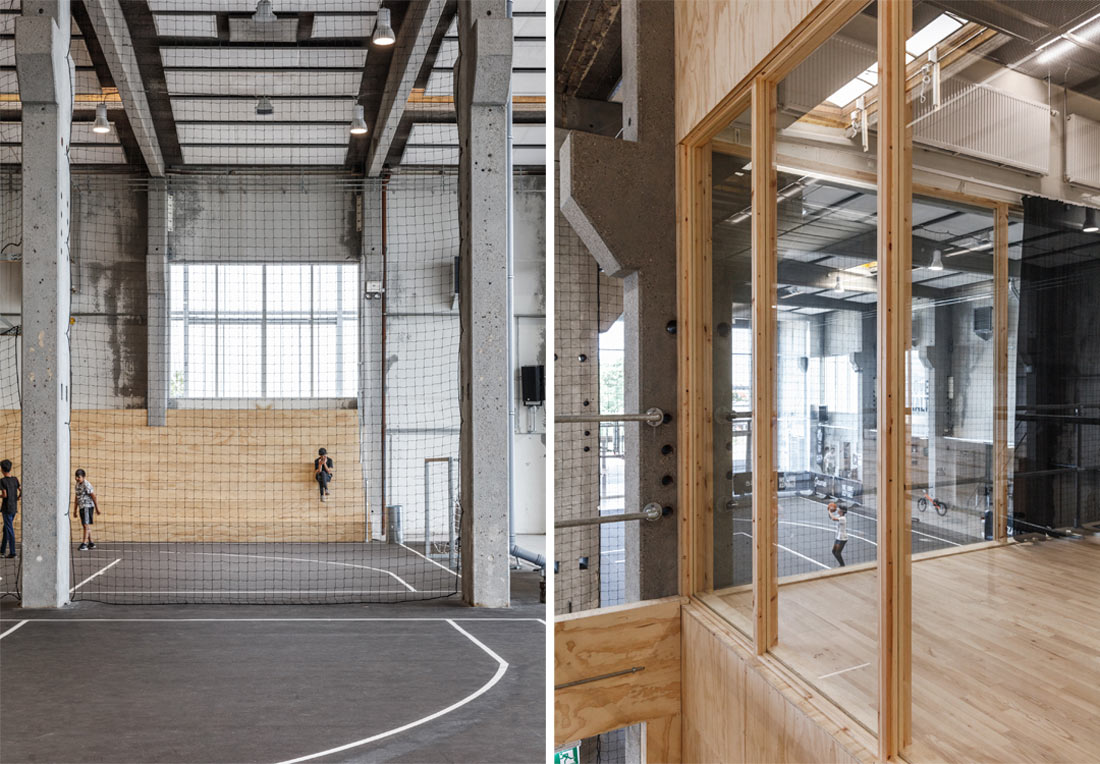 The architectural concept is based on the idea of an indoor streetscape. The project opens up the introverted industrial building and transforms the impressive central factory space into a new kind of interior space: a covered streetscape opening up to the outside. The new volume is wrapped with a functional translucent skin, giving the appearance of a light and welcoming building while also serving as a giant canvas for local visual artists to display and project their art in a variety of ways.

The surrounding landscape becomes the natural extension of the indoor surface, with various street-sports and cultural functions placed in a recreational string of greenery connecting the site to the downtown area through a future pedestrian and bicycle path.