Slipped in between the city and the train tracks, the building expresses the intense polarity of its surroundings. Toward the south, facing future housing buildings and Boulevard Pereire, the volume is divided into horizontal layers of a single floor in height. The cantilevers and receded areas mark the horizontal axis and emphasize the views over the new street. 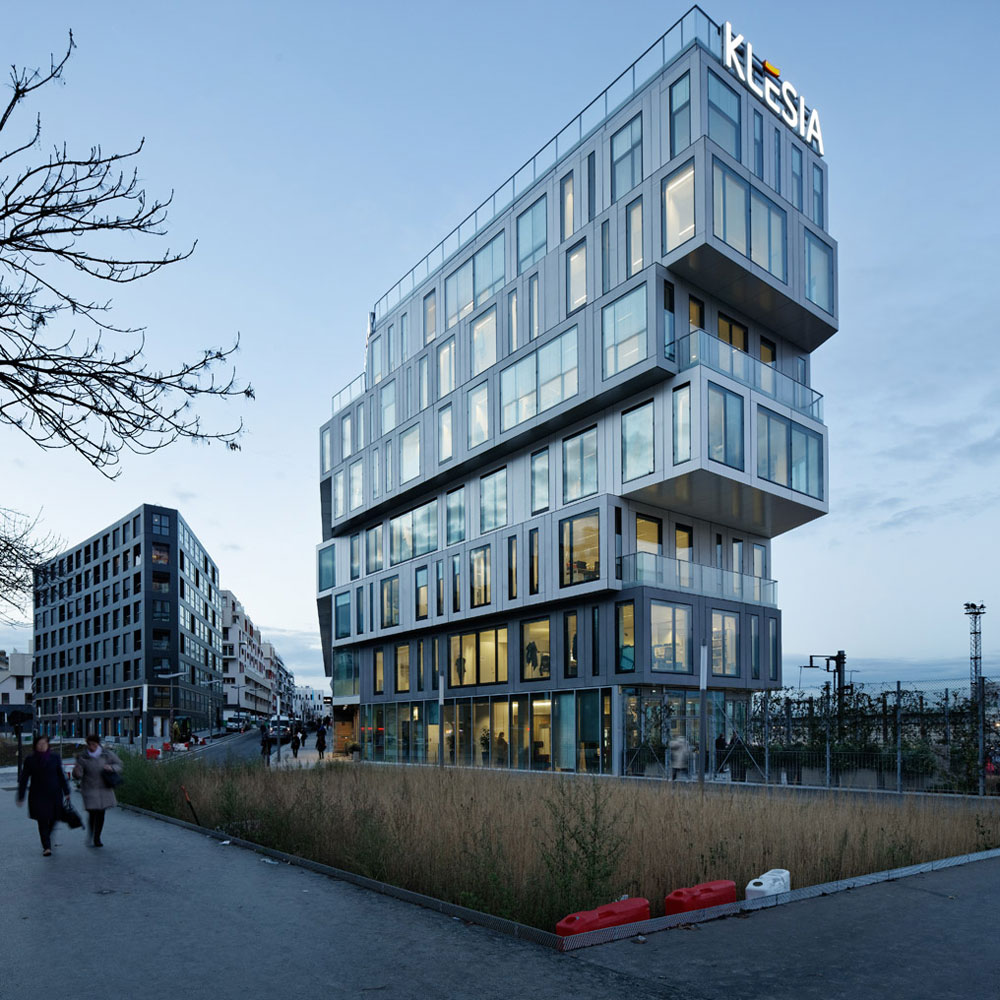 This play of volumes also helps reduce the monumentality of the building, cutting back on the tertiary quality of its flat façades. This principle draws together the cantilevers over the street and the two penthouse levels above the western end.

Toward the east, the notched cutouts of the pointed volume provide the building with a strong identity. A grass garden brings to mind the abundant wild plants that grow along railway lines. The set-back position allows for a broader view of the railroad tracks from the boulevard. 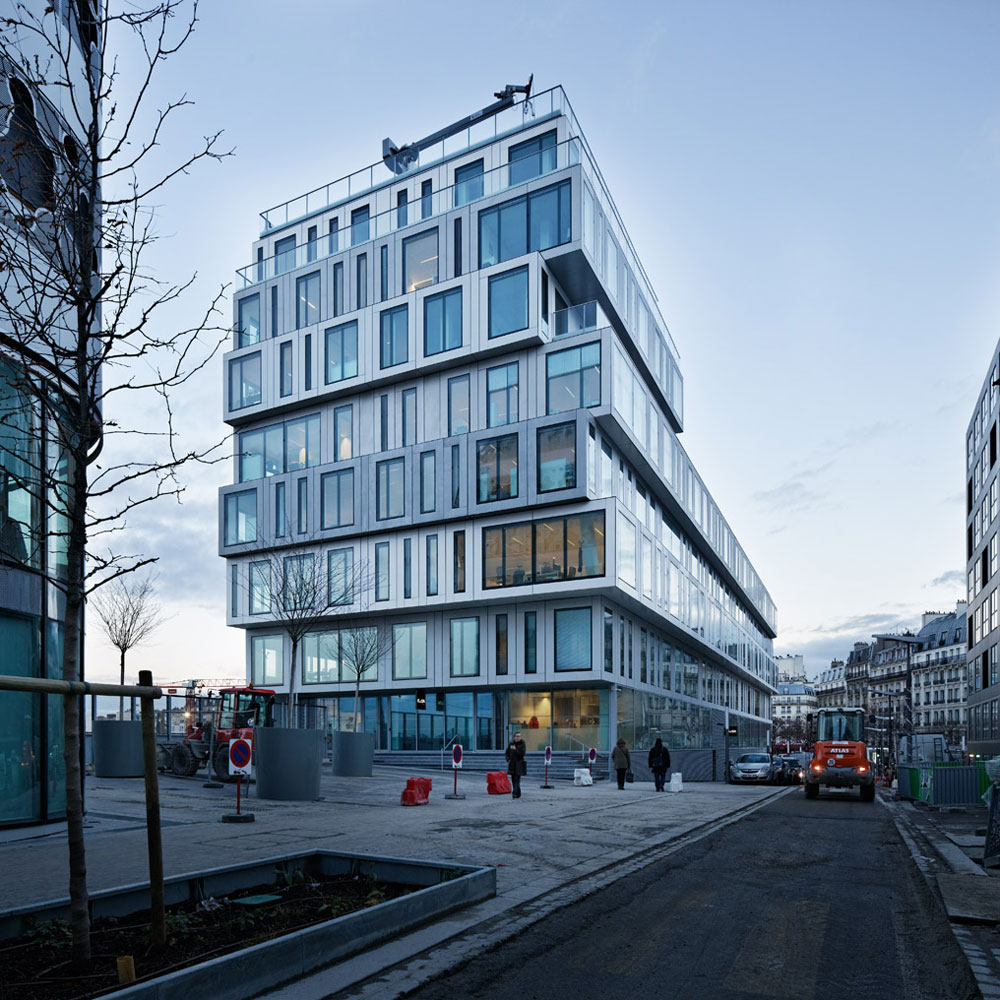 Railway lines that cross a city from one end to the other are often synonymous with interruption, a wasteland or no-man’s land, but they are also places in the making: the new bridge that will cross the tracks will soon connect this site with the north. As such, we located the main entrance on the south-west corner, where the bridge will intersect with the new street. 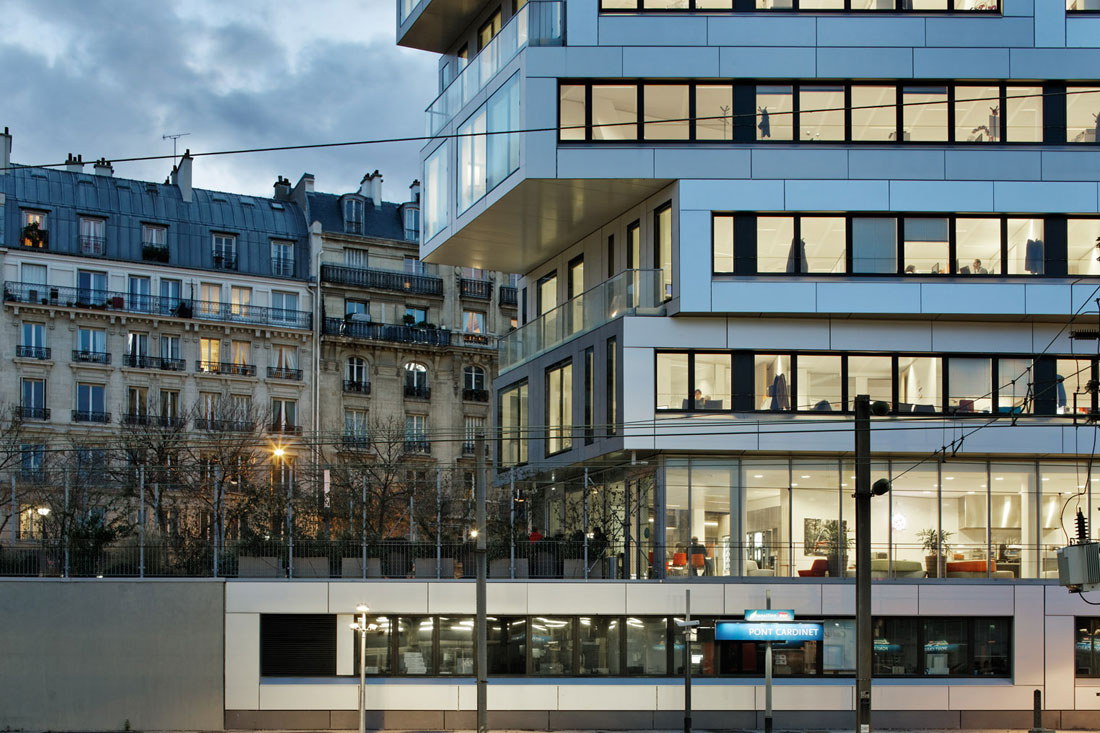 Two vertical circulation cores connect the upper floors with the ground level and the underground parking area. The office complexes are divided into two compartments of less than 800 m2 in order to allow for natural ventilation. The surfaces can be divided according to a 2.70m framework, corresponding to the elements on the façade.

The building system for the different façades is adapted to the particular structural, acoustic and thermal limitations of each case: on the south and west, they are made of a prefabricated 270cm x 340cm wooden framework with either one or two openings, where the total glass surface is equal to 45% of the panels. 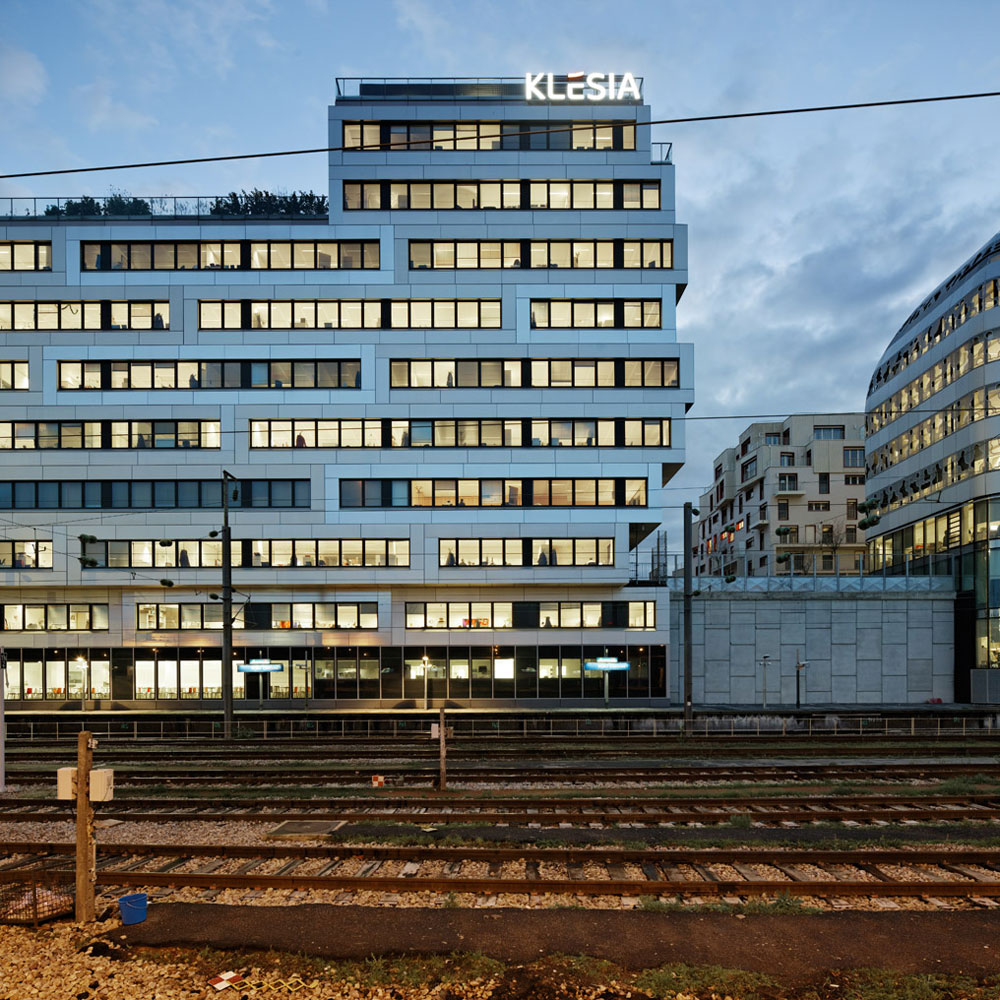 Combining the four different types of panels creates a variation in the positions of the openings, while maintaining the vertical of the frame structure. The cladding made from thin fiber-reinforced concrete gives the façade over the boulevard a noble mineral quality which, together with the wooden framework, creates a slim envelope with high acoustic and thermal performance. Shades inserted between the exterior glass and the insulating glass (“ventilated façade”) provide sun protection without hindering maintenance. To the north-east, facing the railroad tracks, prefabricated concrete panels provide acoustic dampening to 45dB. Metal cladding in different tones and varying brightnesses breaks up up the long façade into a series of elements that are comparable in size to a passenger car on a train. 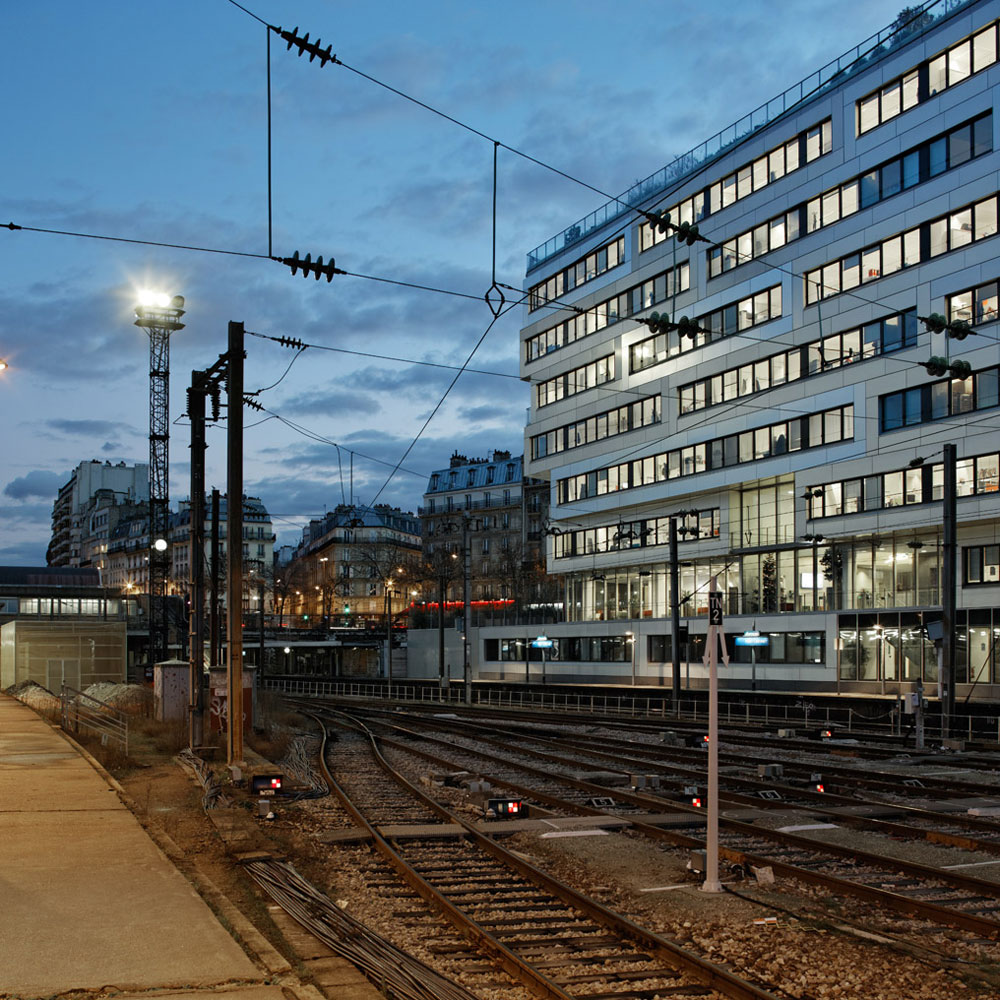