Social Housing I: Polling the Locals to Build Their Homes

The Nahua community of Tepetzintan, located in the northeastern Sierra of Puebla, had two seemingly isolated problems. On the one hand, there was a lack of housing appropriate to the site, the climate and the customs and traditions of the region. In parallel, there was untapped bamboo, which was considered a hindrance to the milpa and coffee plantations and was being removed from the plots without any use. The question was: How could we connect these challenges? 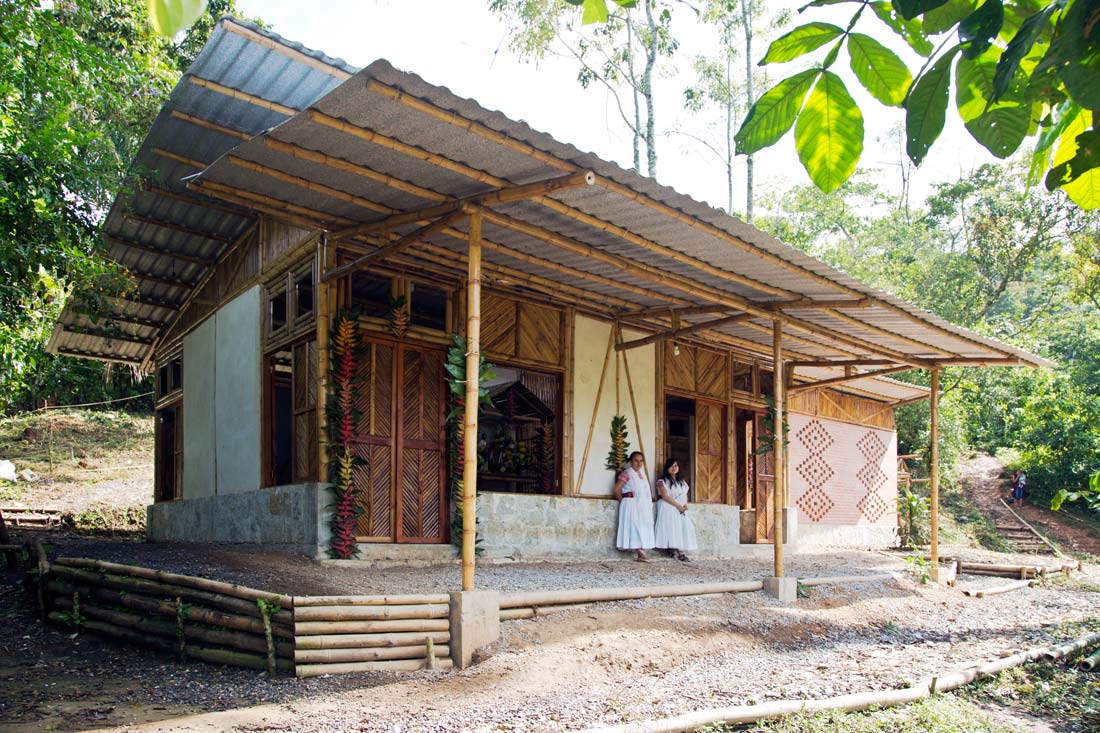 From our visits and conversations with the community, we proposed a housing project that would use the two existing bamboo species in the region to design and build, in a participatory way, a housing exercise. The project started with the knowledge of the customs and traditions of the families, the understanding of the site, the construction systems used and the way of occupying the territory. This was a fundamental part of the research process, carried out with the inhabitants using survey files. 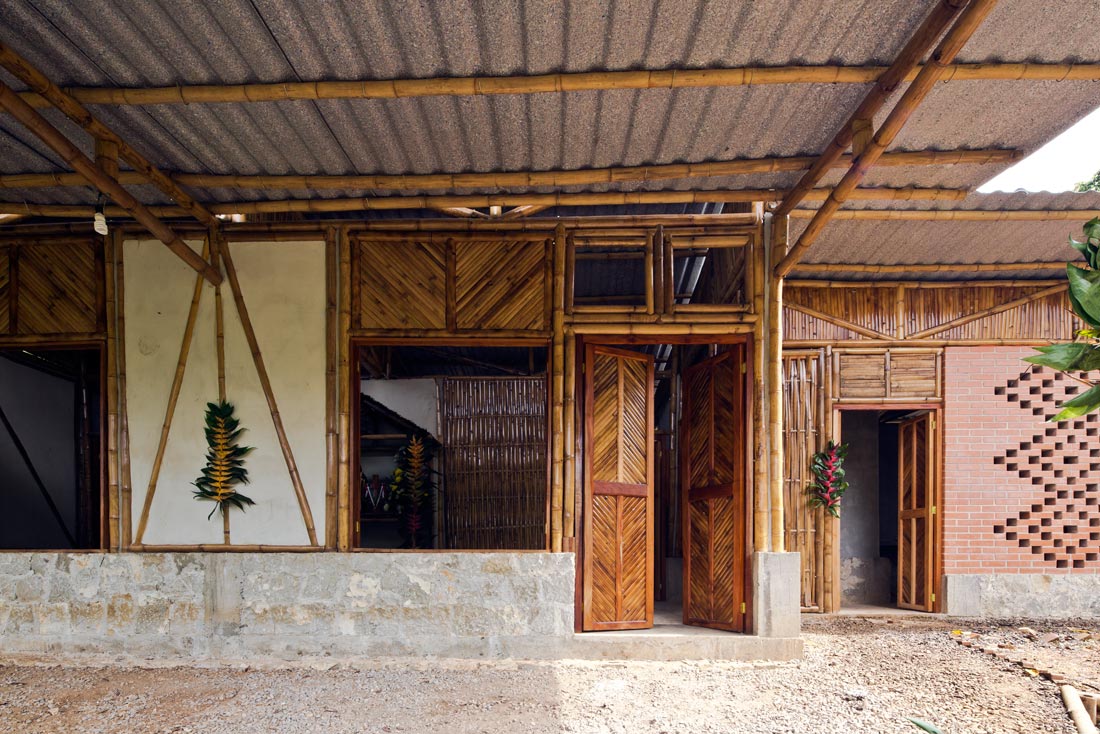 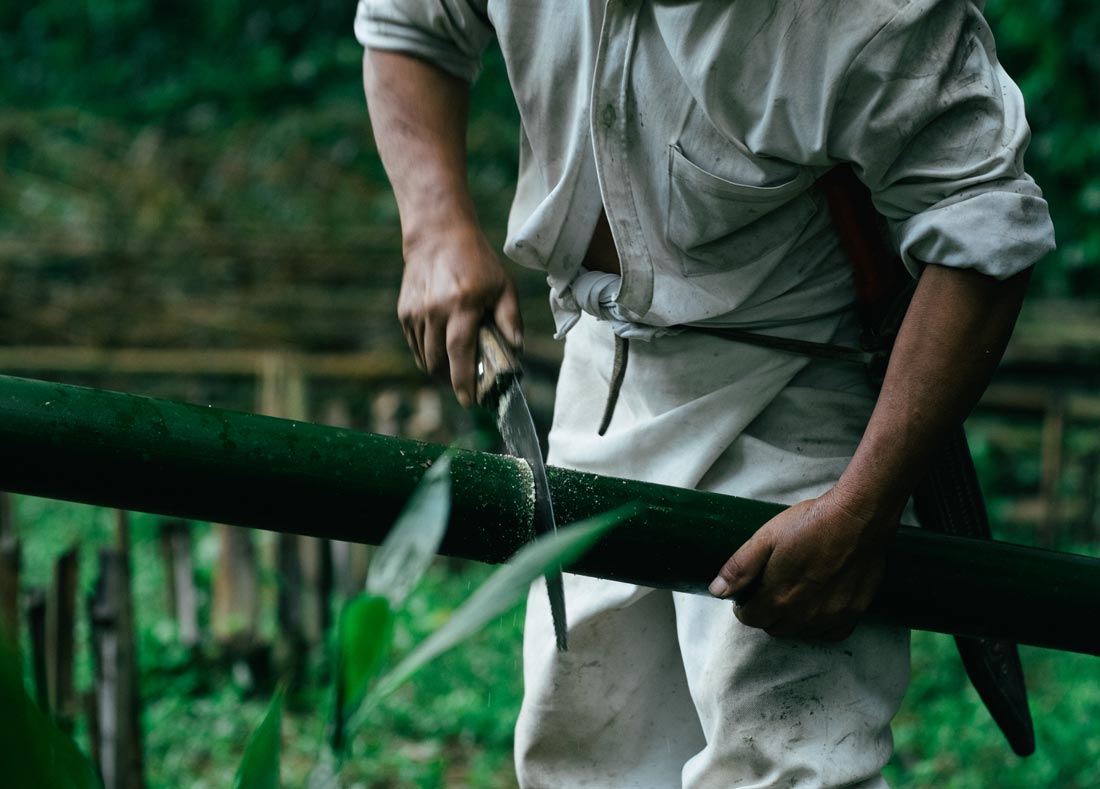 Once we had a clear diagnosis, we designed a home that would fit the needs of the residents, respecting the main spaces of the traditional dwelling: salon, altar, kitchen, portico, bedrooms and bathroom. The project consisted in consolidating fundamental spaces such as the bathroom, the bedrooms and the kitchen, as well as in integrating low-cost ecological technologies for the collection, storage and treatment of water. In addition, basic bioclimatic principles were integrated (cross ventilation, interior height, hot air exhaust chimneys) to make the home comfortable throughout the year. 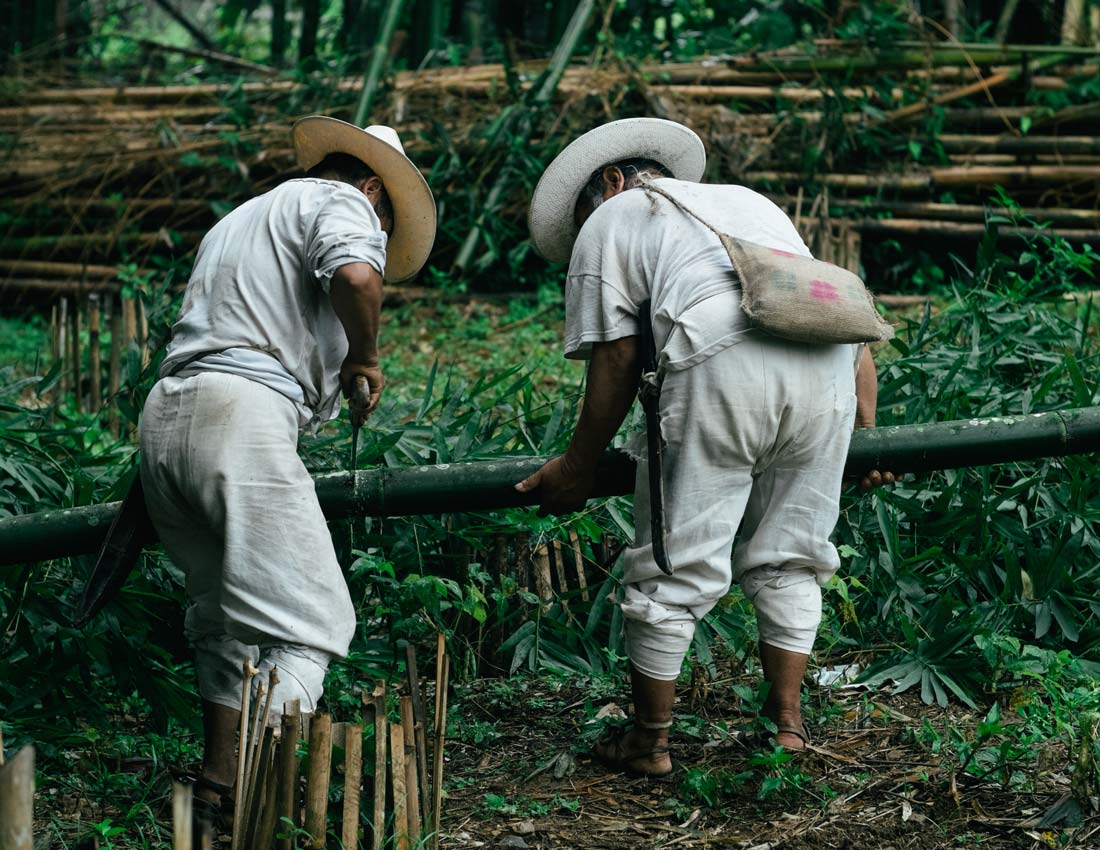 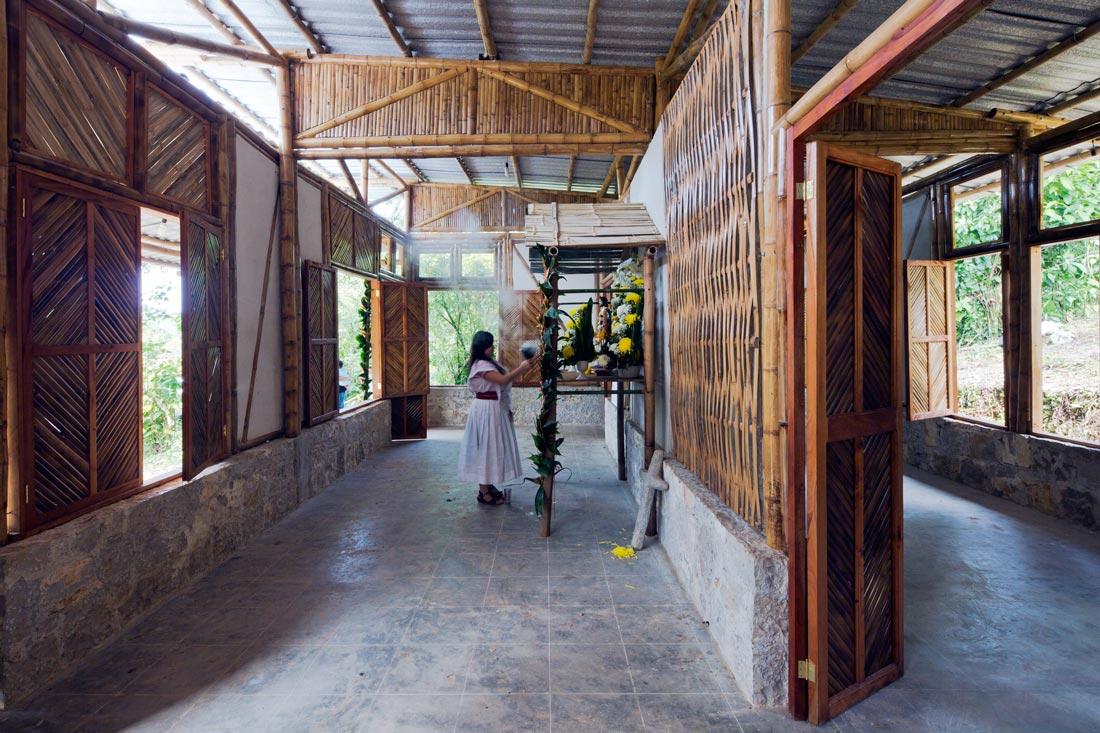 Because the project was governed by “social production”, it was of great importance to train the community with the appropriate constructive techniques for the use of bamboo, which ensured three main objectives: transfer of knowledge, constructive quality and the possibility of replicating the project. A total of five technical workshops were conducted covering all stages of bamboo management, from forestry to the construction of structures.

The construction system used is prefabricated on site and modular, which allows for efficiency in construction and to manage the materials correctly. In addition, reducing the parts to a minimum allows them to be produced faster. 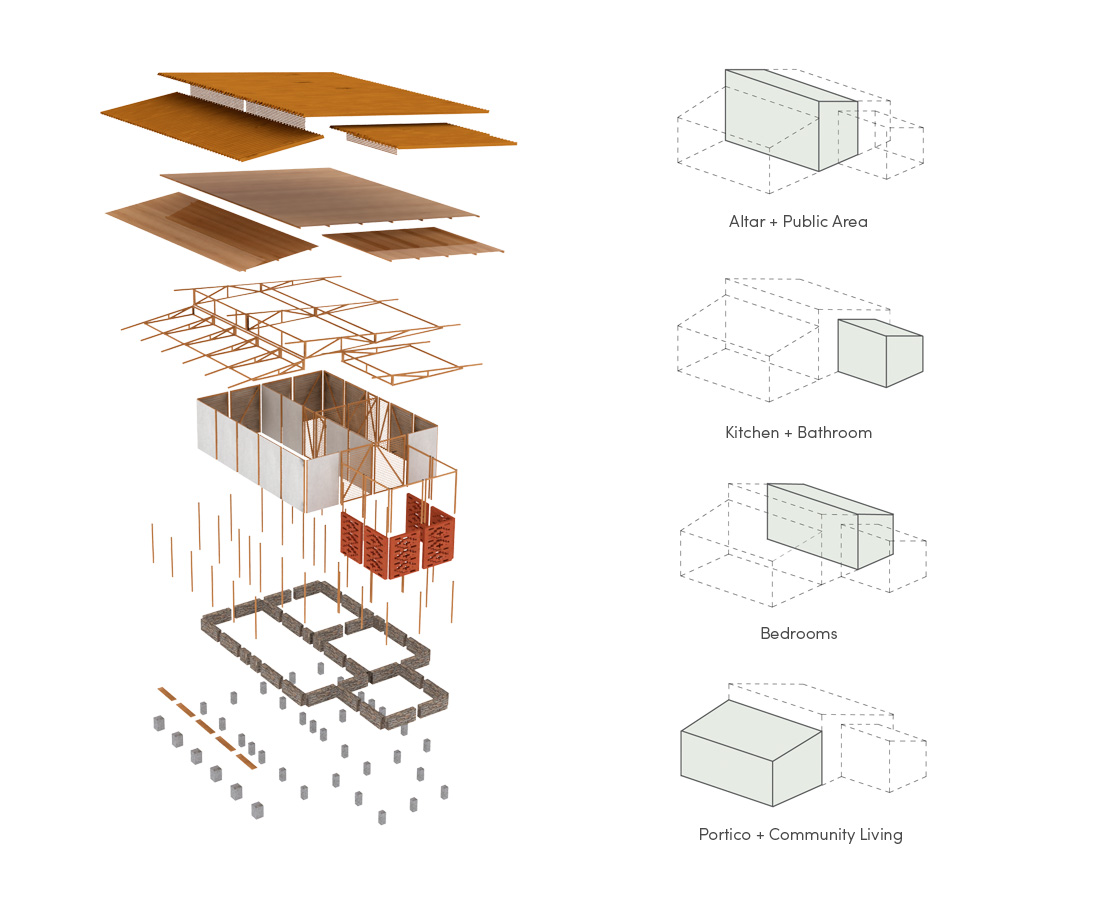 The construction was done through tasks (community work) in which, in addition to the adults, the young people of the local baccalaureate participated. They now train other groups of young people in the nearby communities. The land and bamboo was donated by the people, the stone was obtained from the ground and the lamina used in the roof is an ecological, thermal and acoustic product generated with recycled aluminum, which maintains an appropriate temperature inside the house and prevents the formation of fungi, bacteria and moisture.

The project was inaugurated in 2015 with a party, where the altar was installed and the efforts of the residents were celebrated. Since then, we have been working together with the community to use traditional building materials, which allows for reducing costs, increasing square footage and improving the quality of life in the region. 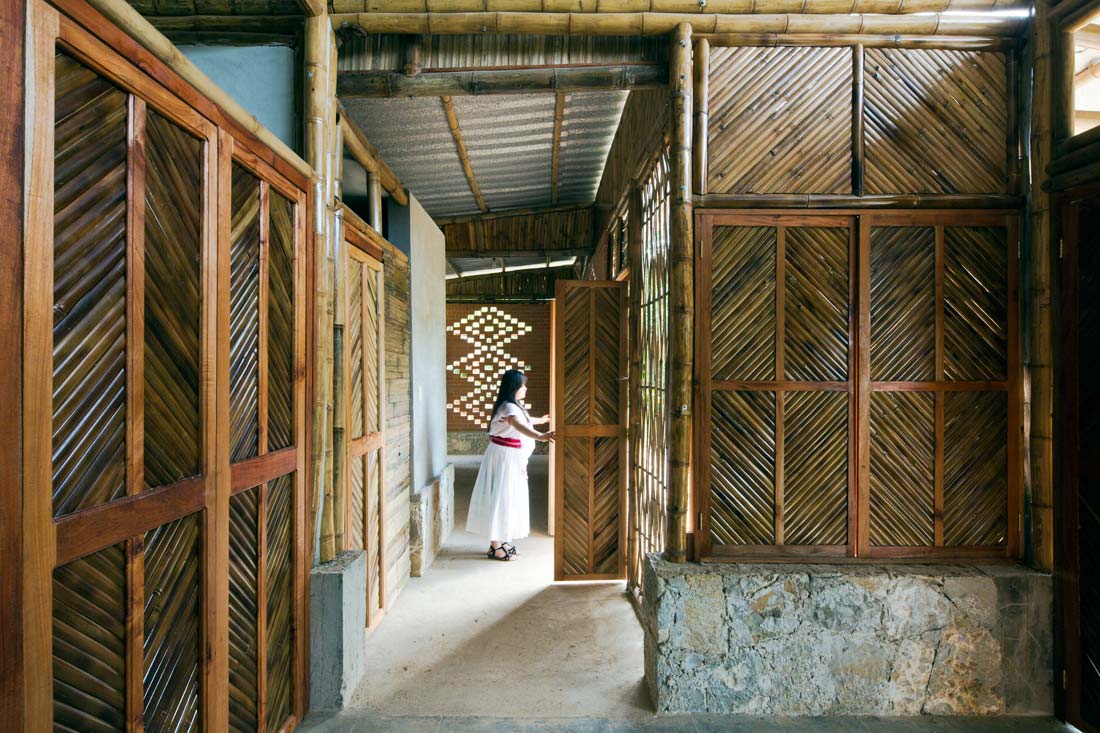 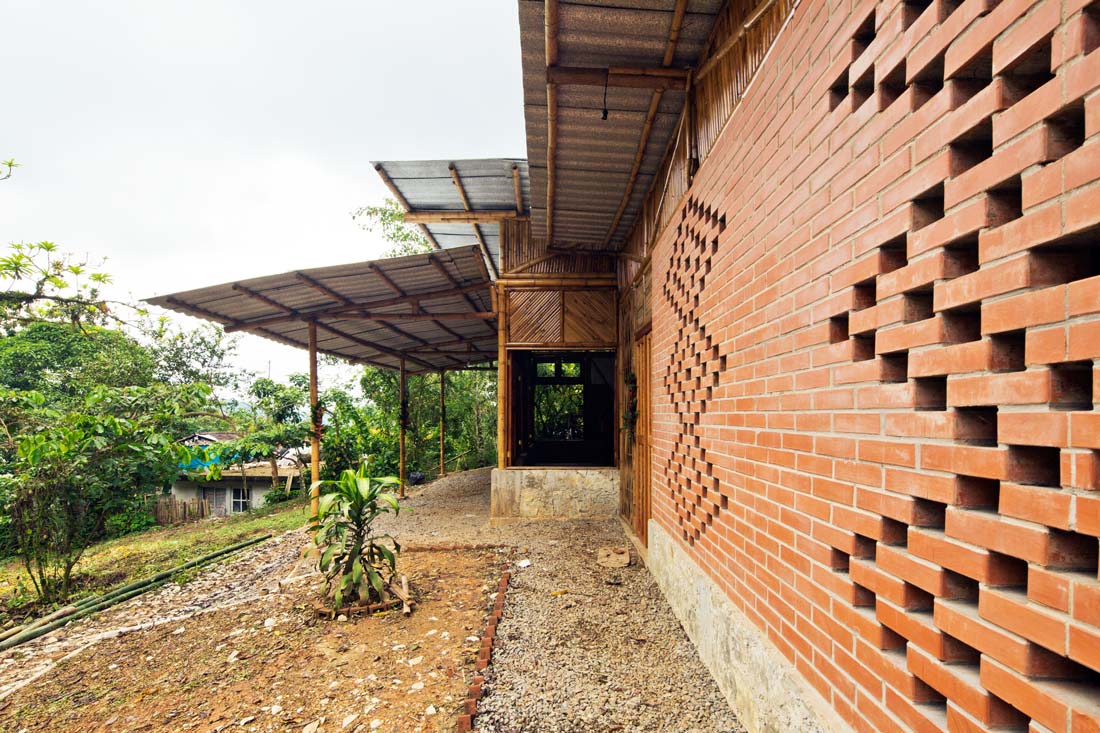 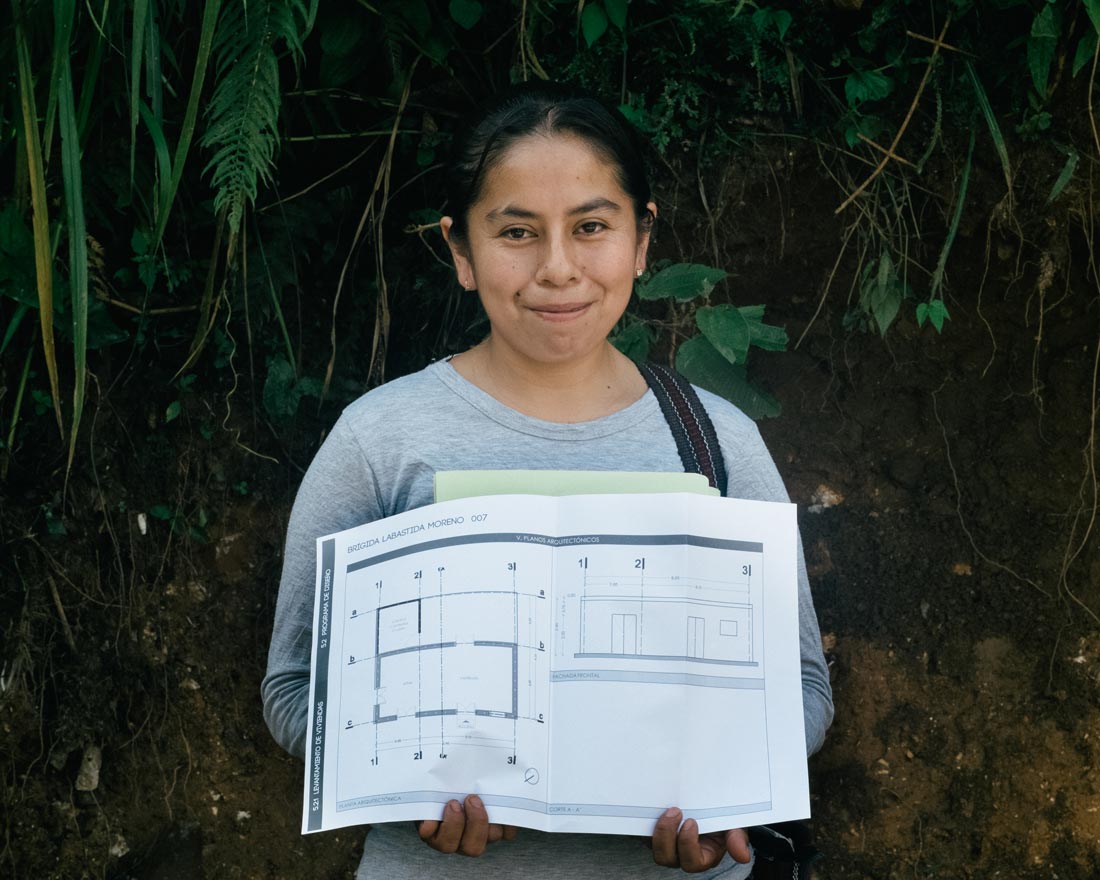 « The Triangle of the Vegetables: Architecture as Intermediary of Empowerment and Autonomy
Re-Inventing Practice »