Since 2014, saga has been involved in a community project in Joe Slovo West, an informal area in the suburbs of Port Elizabeth, South Africa. The team has been working together with local residents on the implementation of various facilities within the precinct. After the construction of a first building in 2015 (community hall), the team went back to Joe Slovo to continue with the second phase of the process. 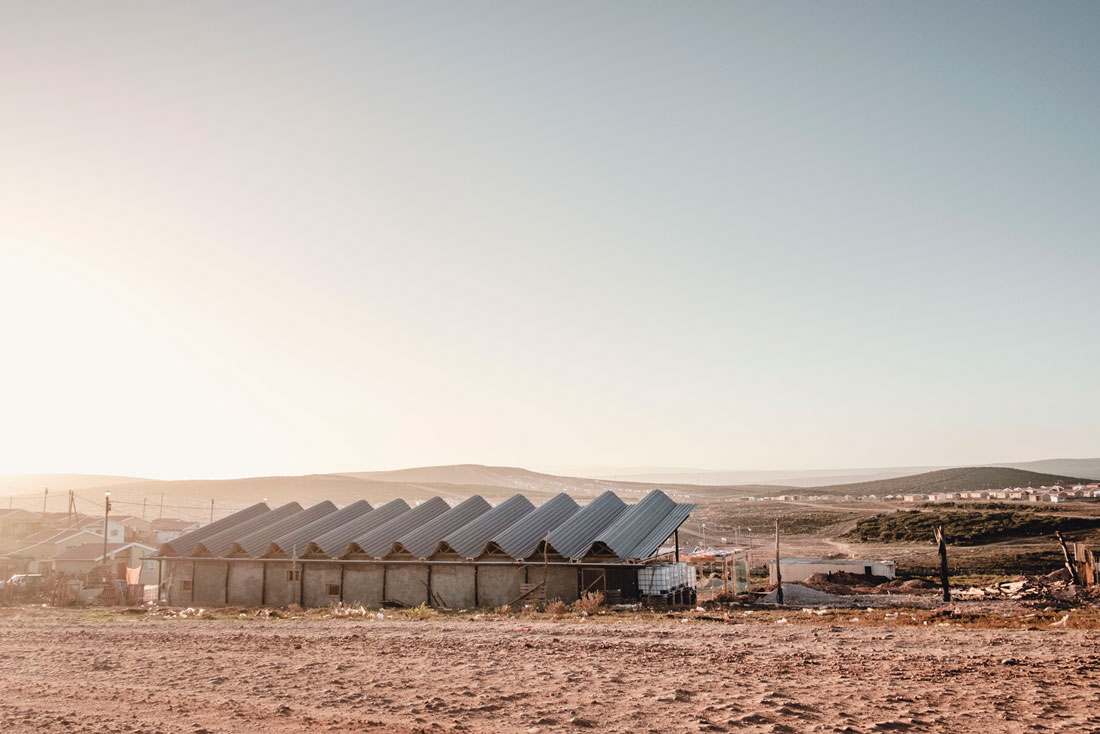 Joe Slovo West is a fast developing area, constantly renewing itself. It is a permanent construction site, with government houses being built to replace the existing self-built shacks. Some of the residents have been waiting for more than 10 years to obtain such a house, identical for every household: a basic concrete block shell of 36 square meters. This massive construction programme, called RDP, is a nationwide initiative launched in 1994, promoting free housing for the underprivileged. 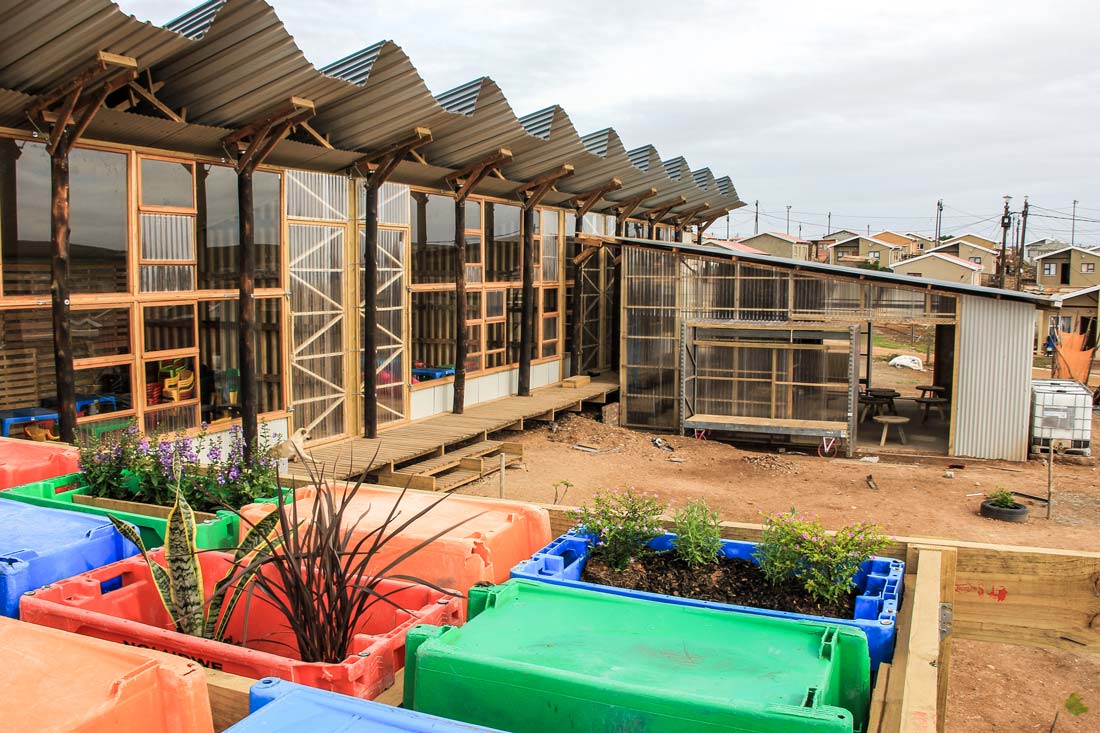 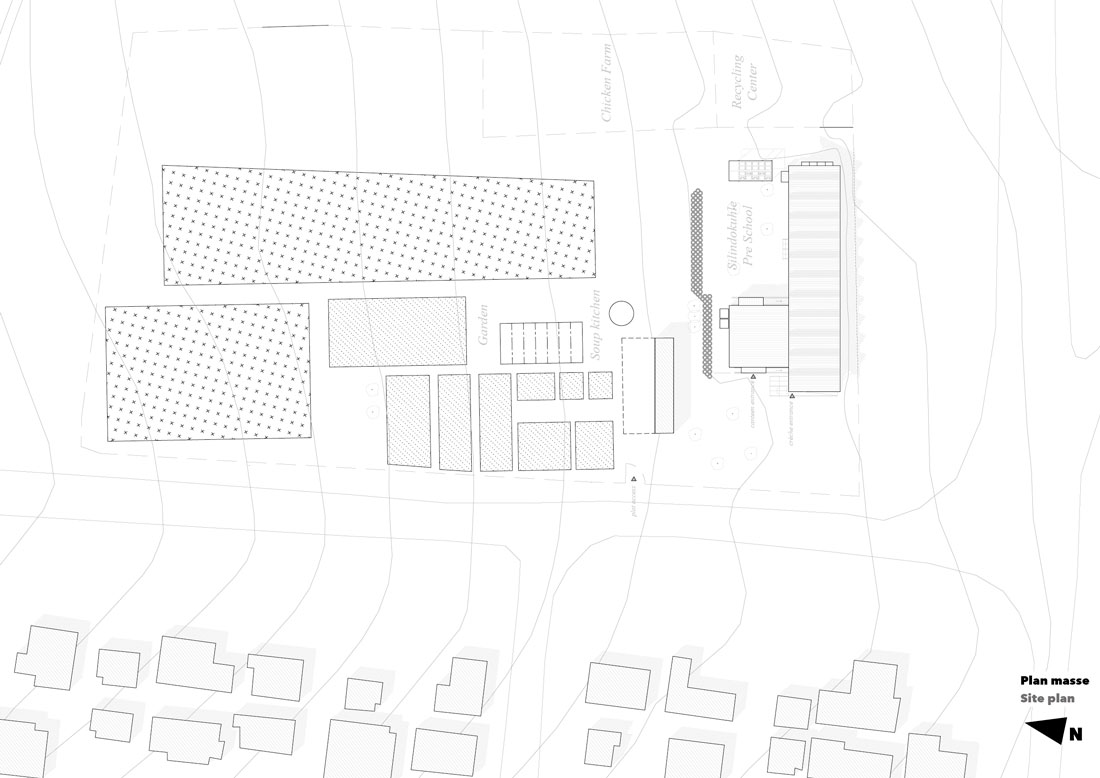 Overcoming the precarious life conditions, some local community members actively engage in various initiatives to improve their area. For nearly 10 years, Patricia Piyani, founder of a local preschool and soup kitchen, has been taking care of many children between the ages of one and six every day in her community. Patricia did not have the chance to go to school when she was young, which led her to dedicate her life to giving the opportunity of a proper education to the children of her area. Her initiative slowly grew and the number of children in her preschool is increasing; the need for new facilities arose. 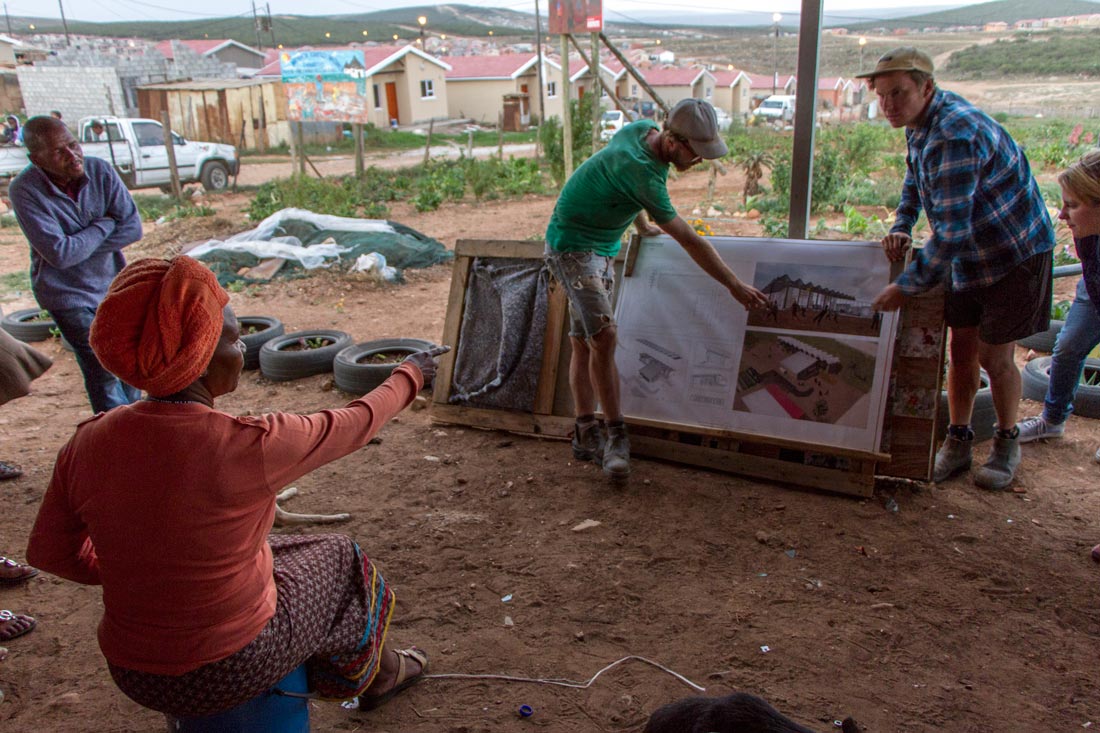 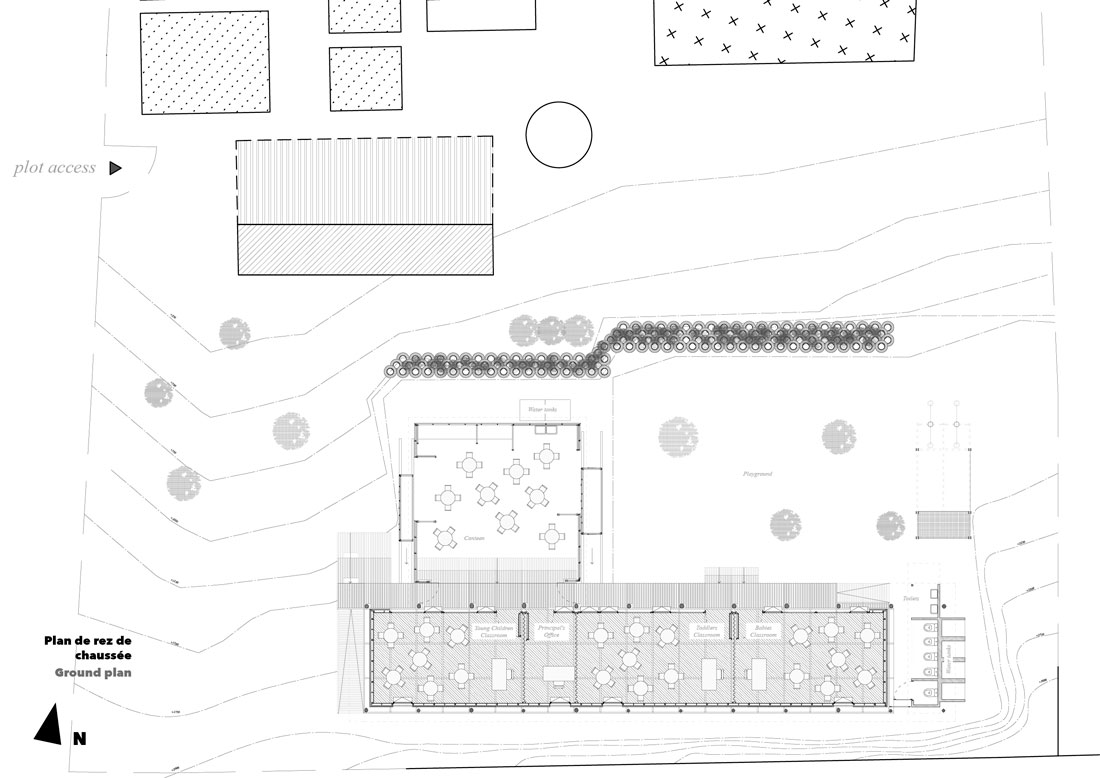 The first step is to survey what is there already – what we can use and transform, who we can work with, and what we need to bring. We have to learn about the environment, take the time to understand the broader context. All together a project is born, made from local resources and people, an attempt to provide an appropriate shelter for this generous initiative. The design is negotiated collectively; the use of local refurbished and reclaimed materials is imposed: the process has to be incremental, every step of the design being based on experimentation. Materials and objects collected from all over the city are assembled together, reused, distorted, to create a whole new story based on a collective effort. 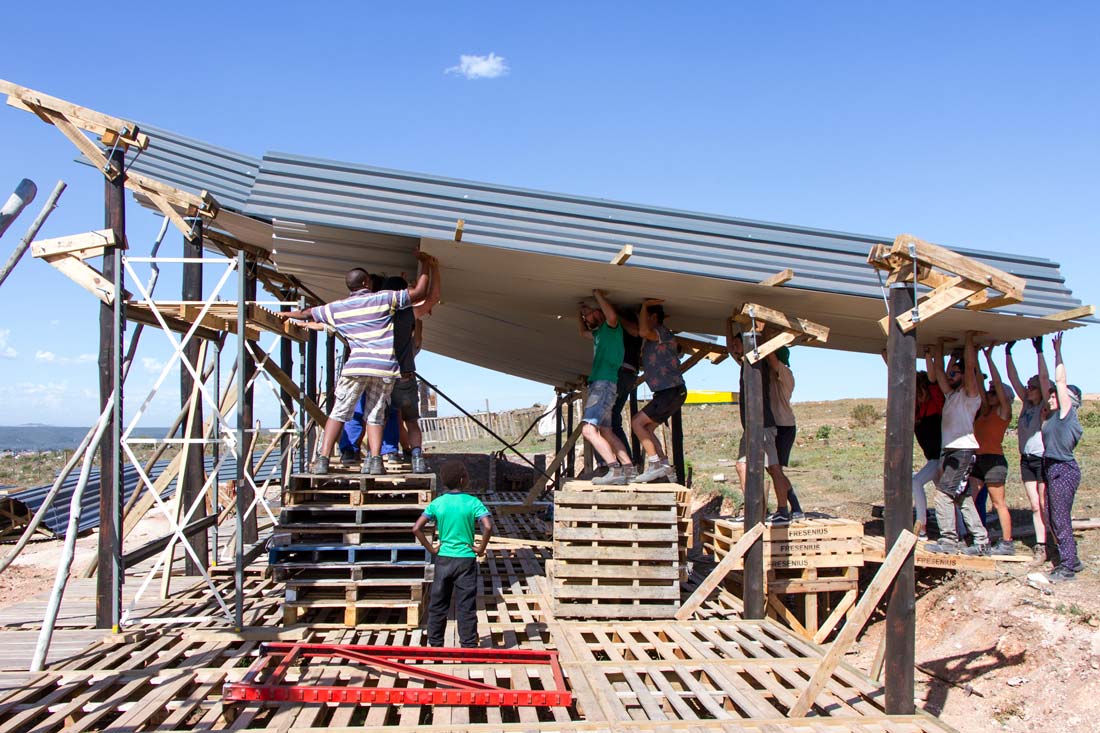 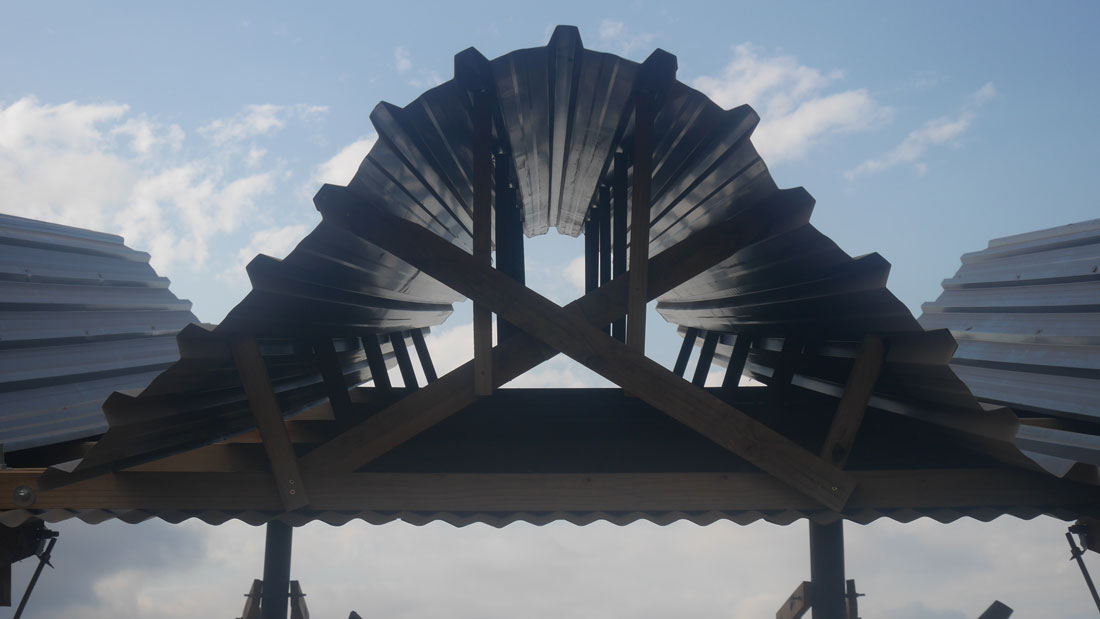 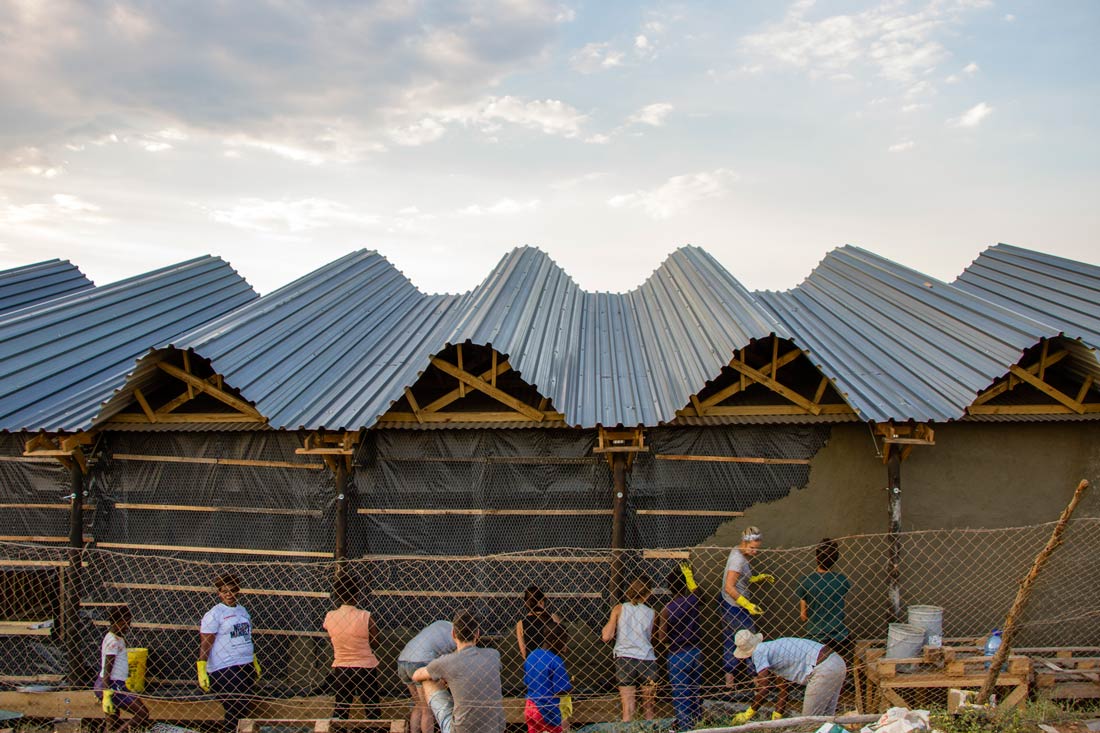 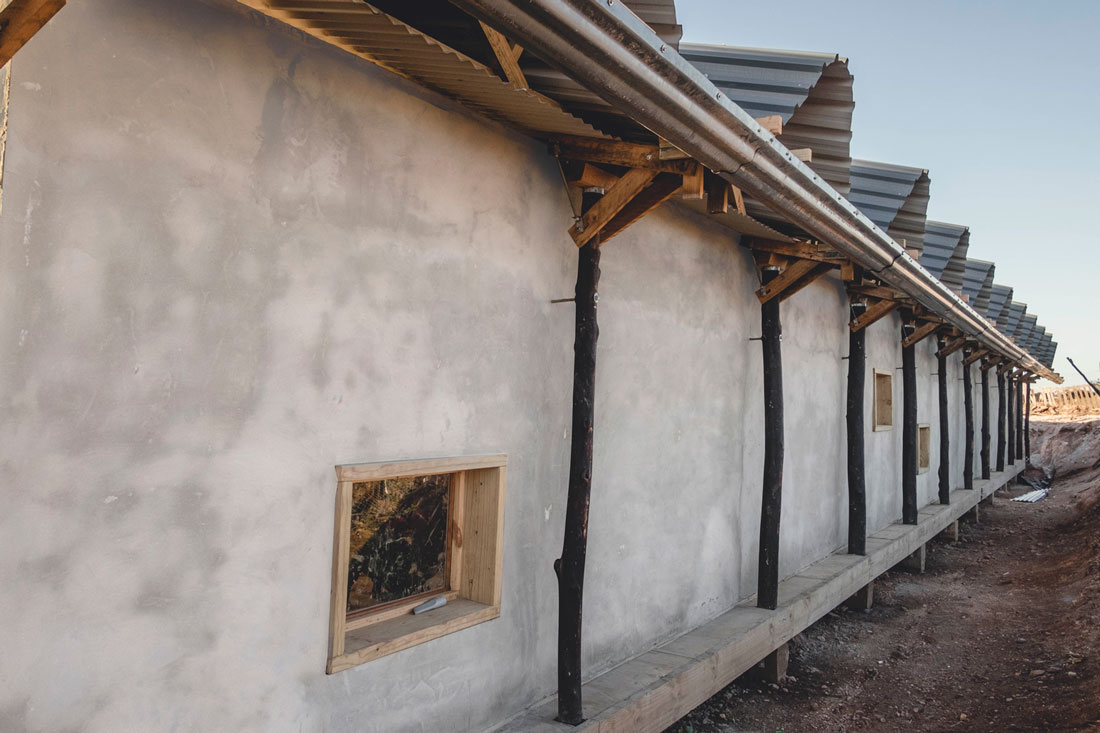 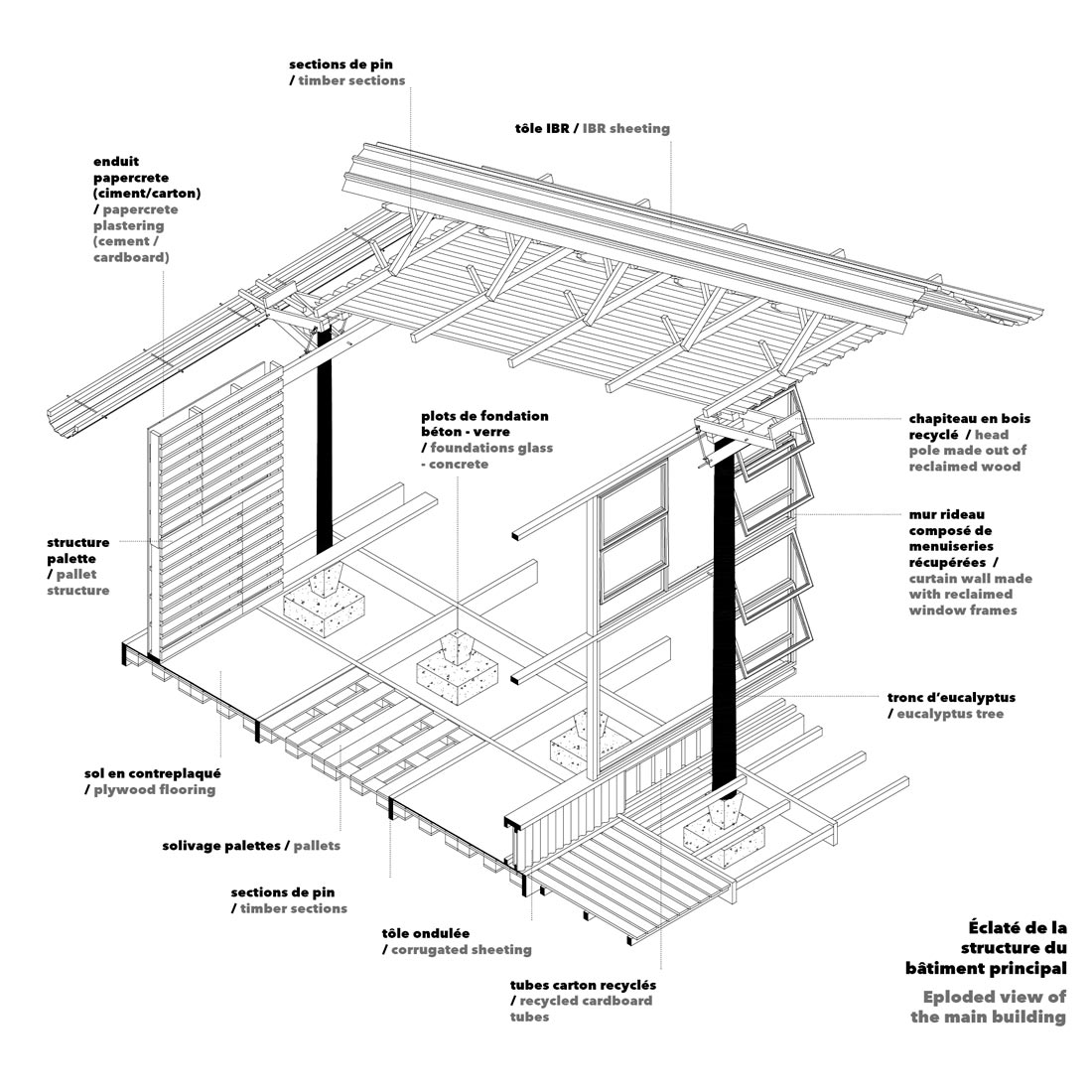 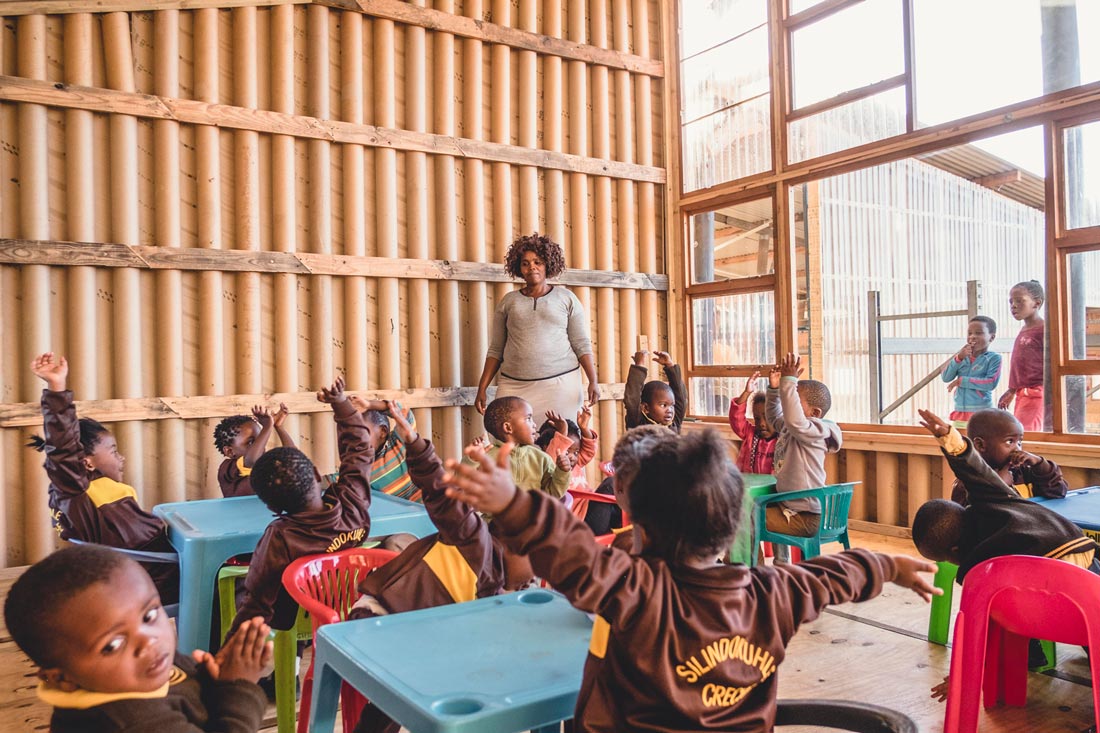 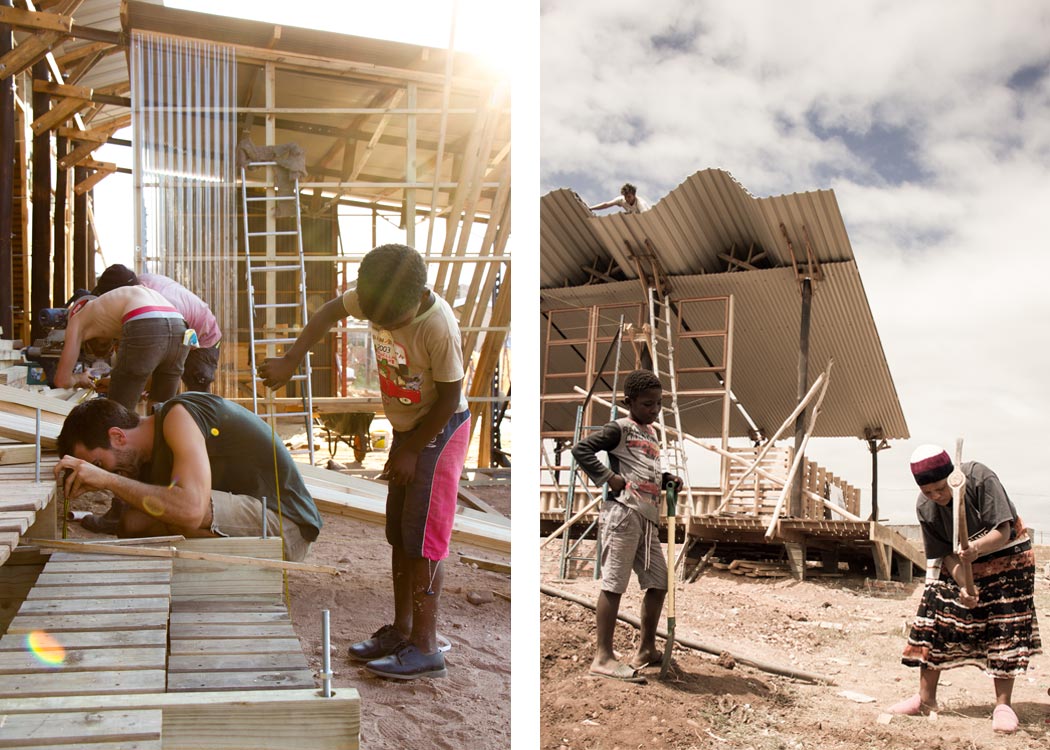 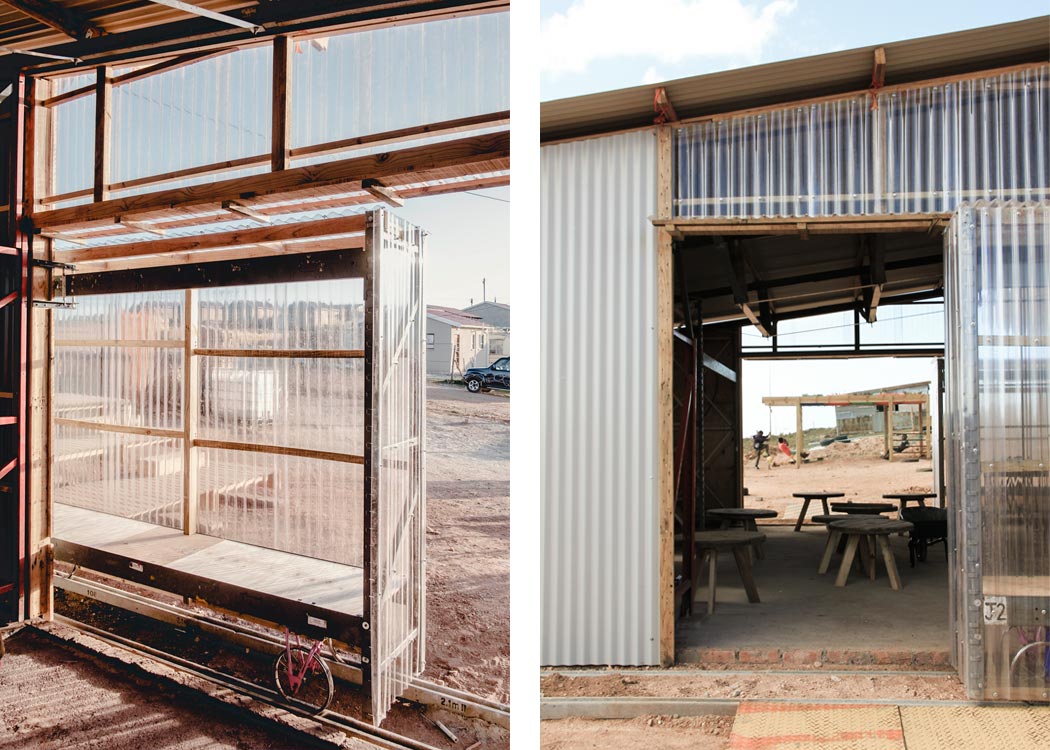 The preschool is a shelter for new experiences for the children, offering large views toward the surroundings, playing with shadows and light, showing the reality of its construction. Raw materials are assembled to form a warm learning environment, offering three large classrooms that are naturally ventilated and widely open towards the broader landscape. The canteen space, enclosing the outside playground, offers the children and community members a shared space, a canvas for new tales, games and other events. Sanitation is provided, using mainly rainwater, and a large office was built for Patricia and the four teachers. The building reflects the story of the preschool: it is singular in its dimensions and aspect; it is man-made; its construction contains a multitude of collective stories, so many beginnings for new opportunities. 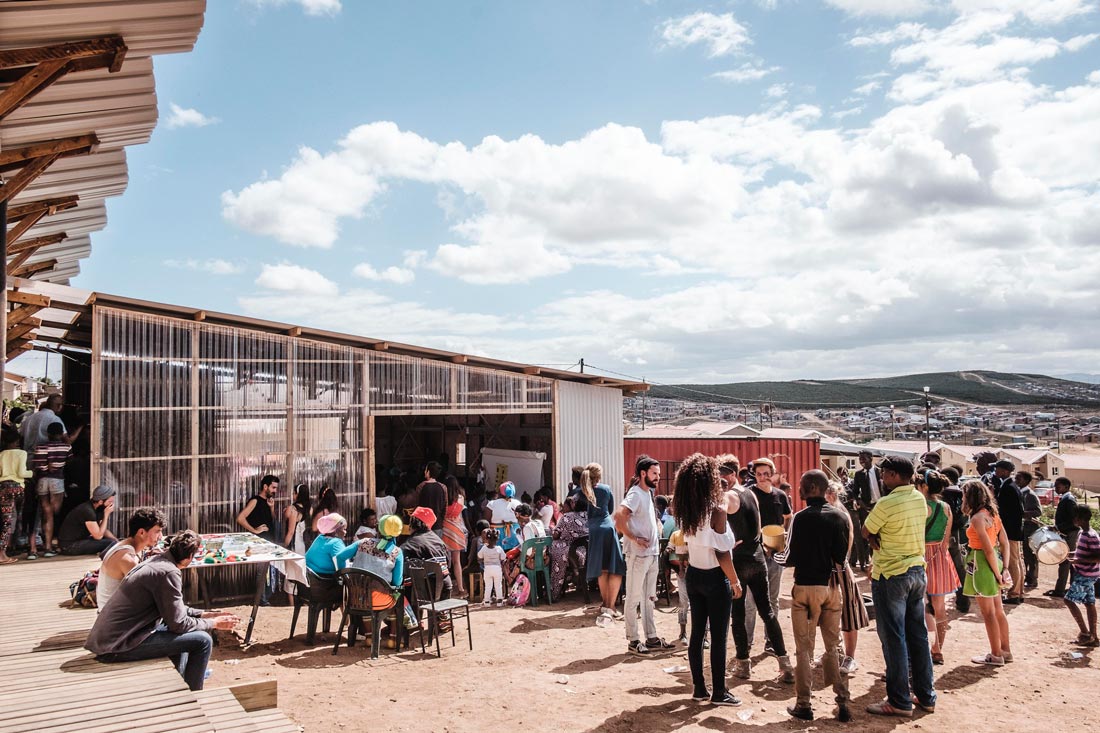