The former convent of San Pablo (Saint Paul) was the first Dominican convent in the city of Oaxaca and is located just one block from the city’s main square. Over the years, the building underwent several modifications with no architectural value that affected both its image and structure. In 2008, a project was started to recover the original structure and give the building a new use. The project recuperated almost 90% of the high and low corridors, but on the west side of the complex, a lightweight and non-permanent metallic structure was added to create more space. 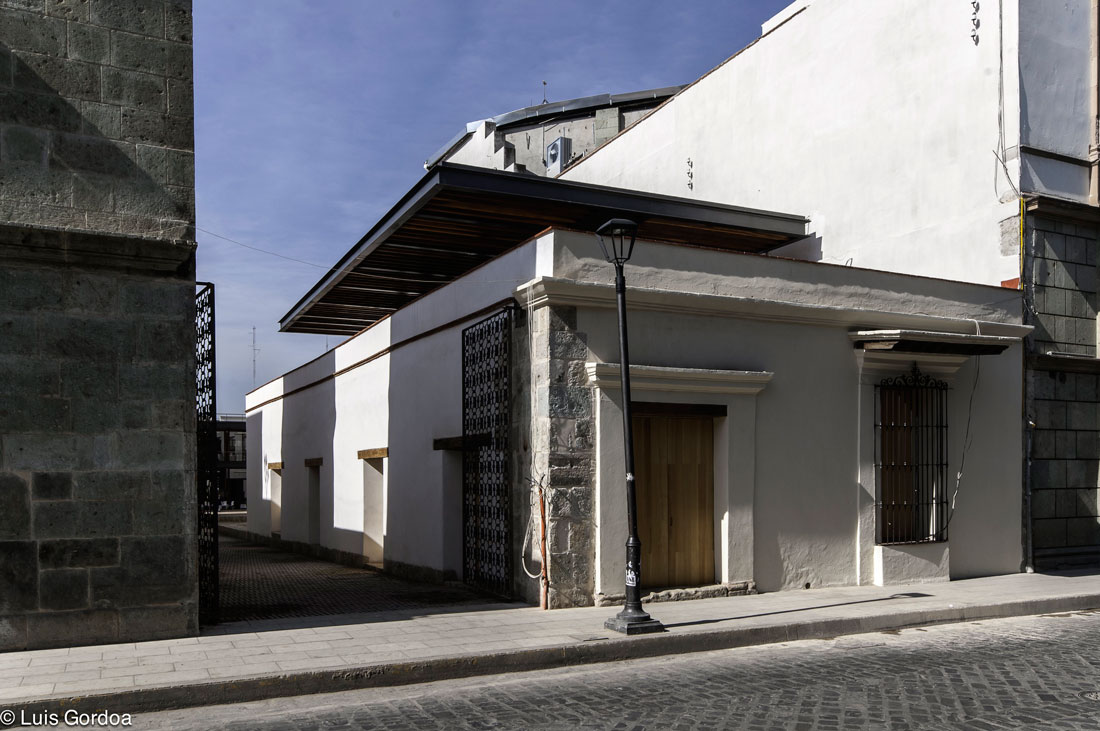 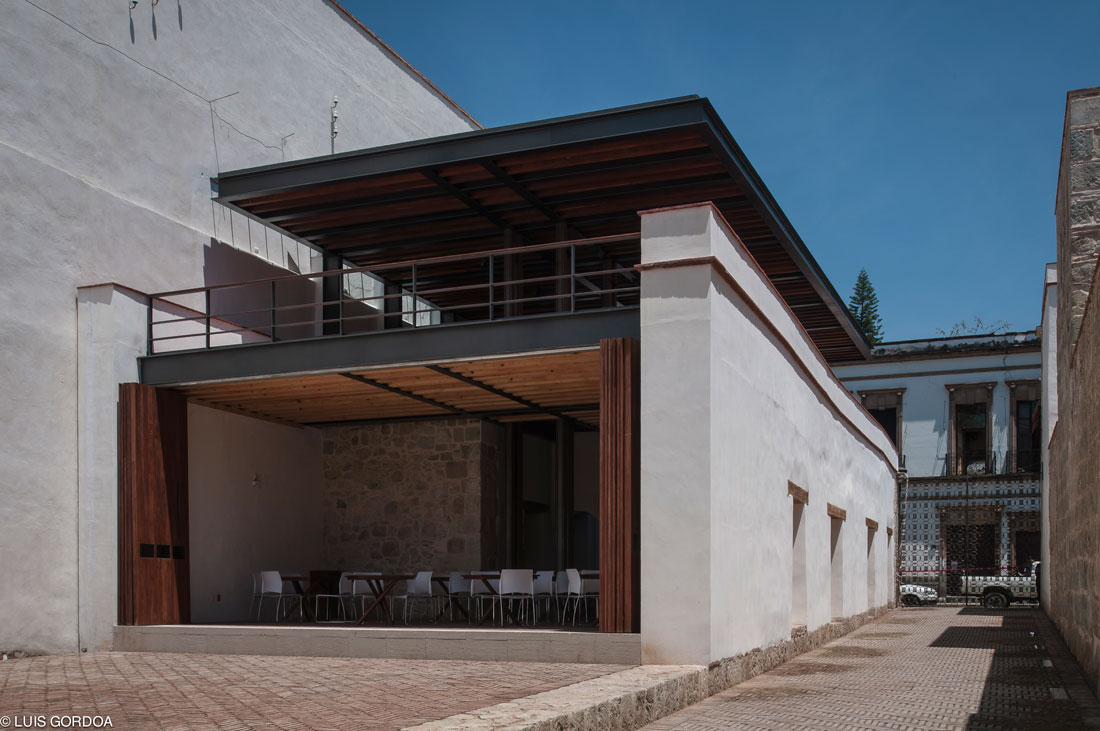 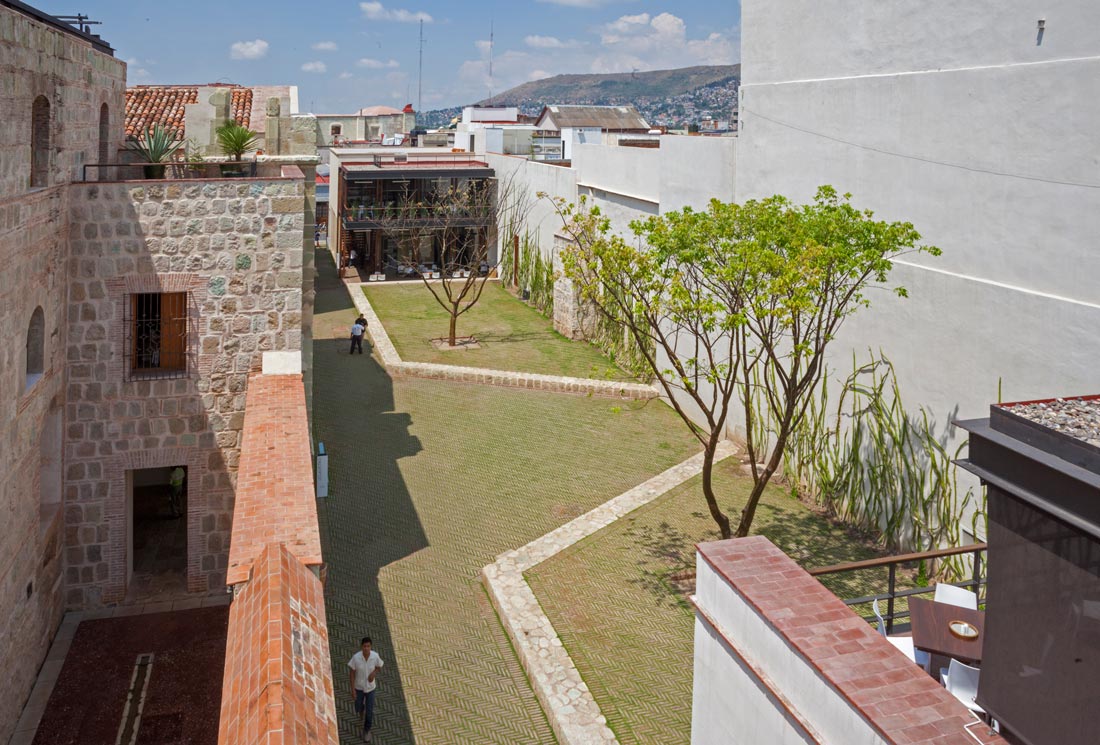 Along with the east ambulatory, this contemporary element creates useful areas with a surface of almost 700 square meters. Divided into three levels, it satisfies the area requirements for the operation of the Linguistic and Historic Studies and Exhibition Center, which houses the specialized book collection along with cultural and exhibition activities, with a stable climate and protected from the elements. 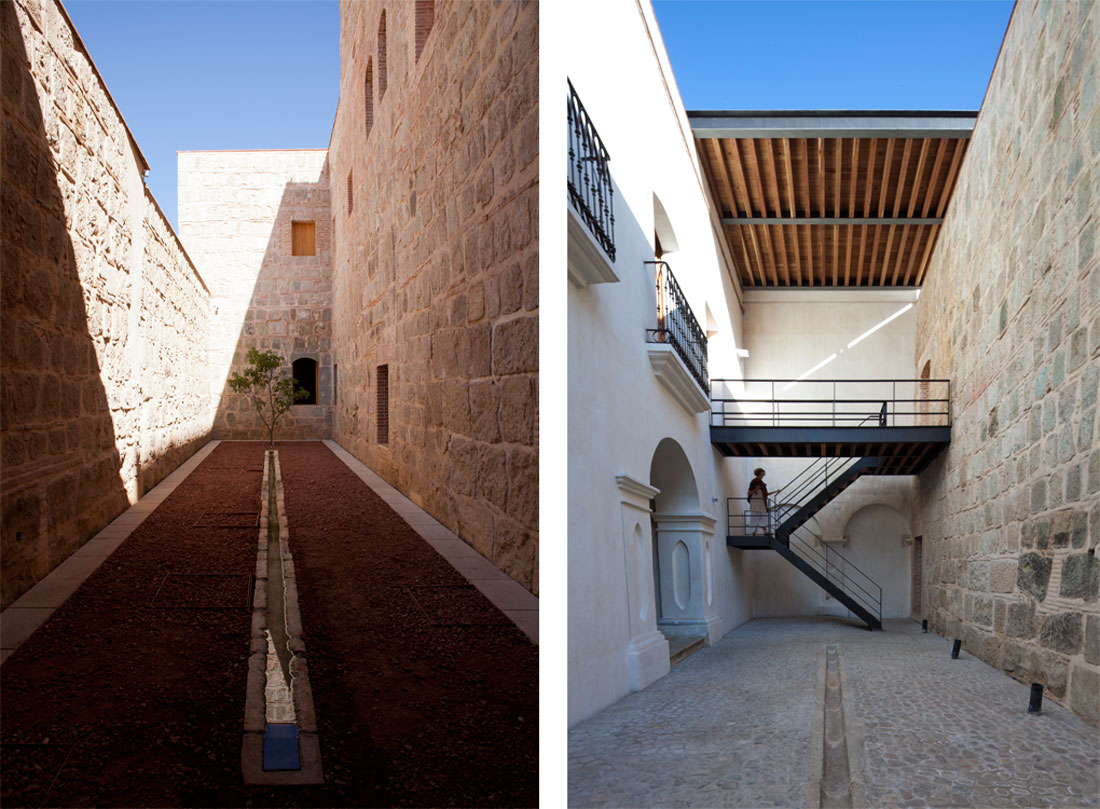 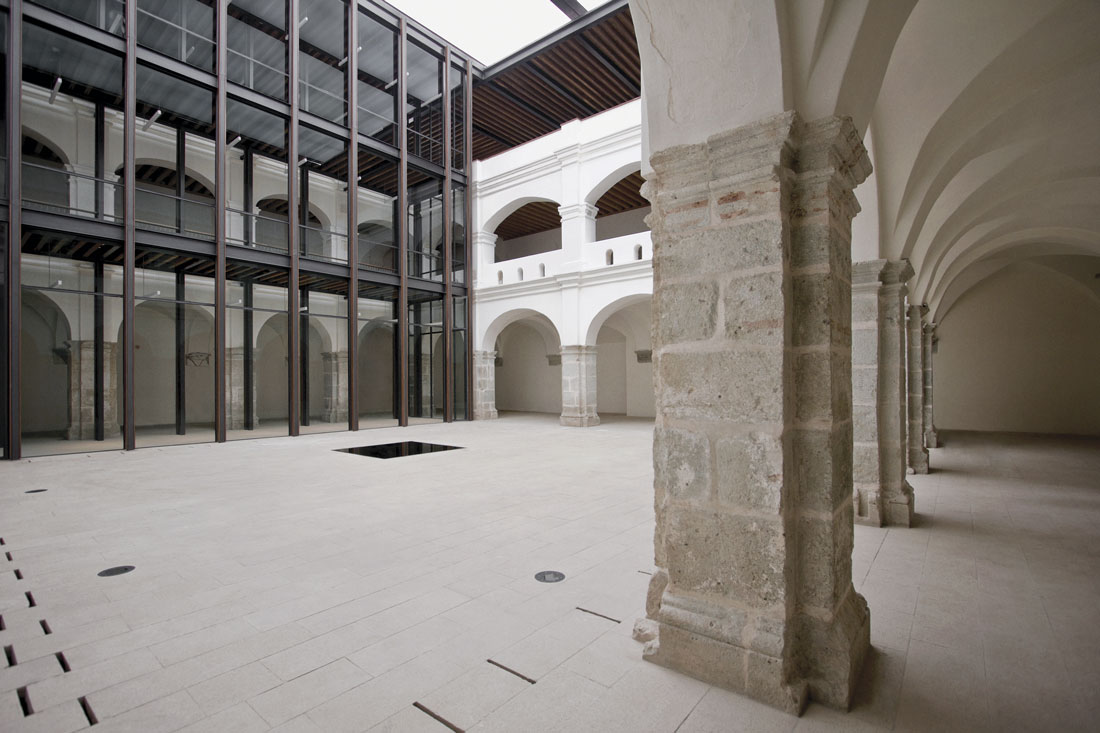 The flexibility of the project means the area can be divided into two zones. The first one is the reading rooms, located in the interior with a direct relation to the cloister patio. They are protected by a glass façade that is always in the shade through the use of a mobile cover. The second area is the archive, concentrated within the west ambulatory. It takes advantage of the bulk of the convent and locates most of the collection directly against the wall, avoiding damage due to excessive weight.

Toward the exterior – which used to be a public parking area – the church’s atrium is revealed and can be reached by two narrow streets that still have their original dimensions. The idea was to transform the building into the heart of the block, since its typology is uncommon in a city like Oaxaca, making it a meeting and distribution point for the different buildings that make up the complex.