Play-Time Apartments: An Oasis in the City

The PLAY-TIME apartments are seven units for short-term rental in a single building in Ciudad Lineal, Madrid. The developer chose the site because he was looking for an oasis in the city. As architects, we proposed to intensify that condition. The movement of the building gives each unit its own terrace, and the construction system provides a garden around the perimeter. 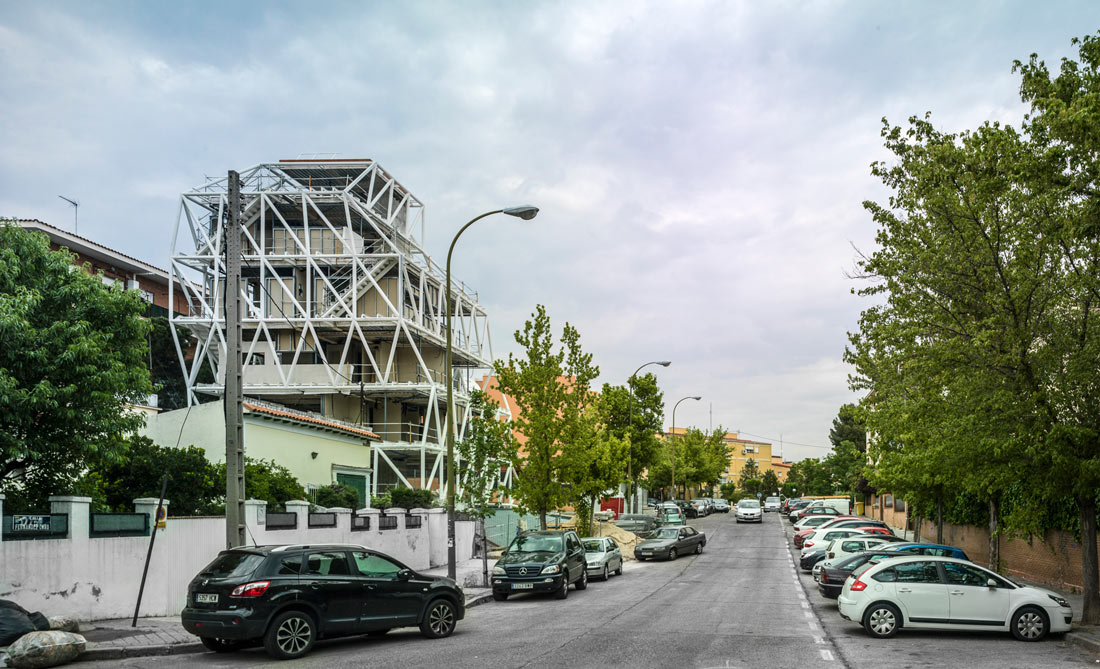 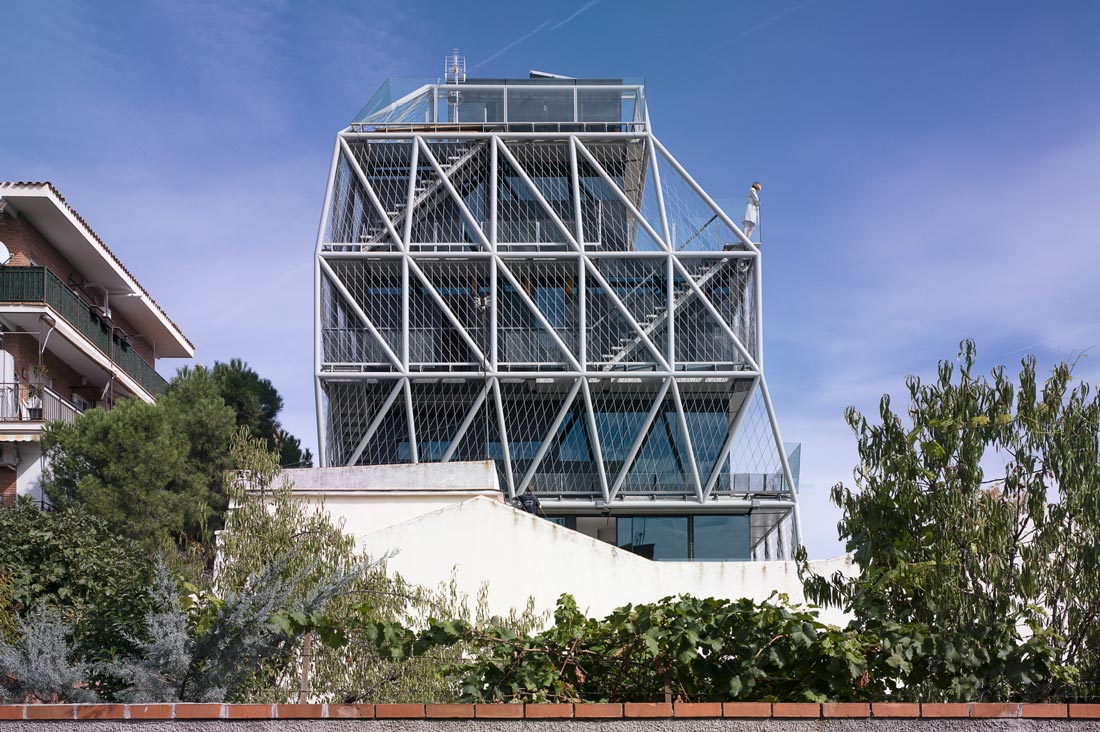 The units, two per floor, are independently assembled around a vertical core – with elevator and services – so they can be oriented freely, limited only by the urban conditions and the spiral staircase that climbs around the perimeter, to which they turn their backs. 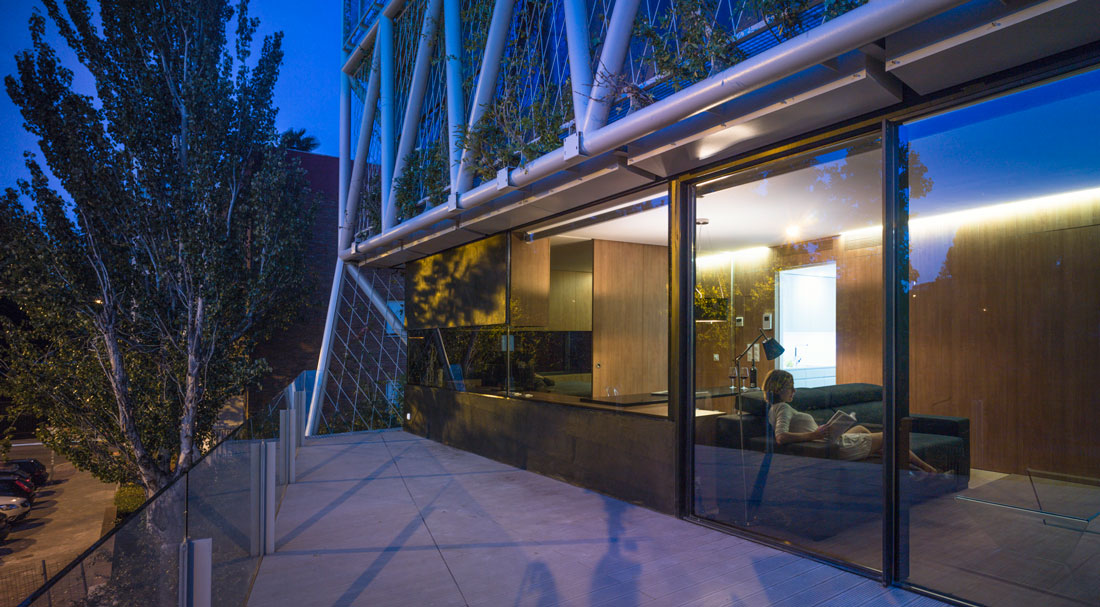 The result is seven tree houses, surrounded by more than 40 different species of climbing plants, chosen according to the orientation, whether they are evergreen or deciduous, their leaves and fruit color, their flowering period, their smells and textures. This green tapestry provides the main architectural features of the envelope (solar and hygrothermal control, views or privacy) and a catalog of sensorial experiences. 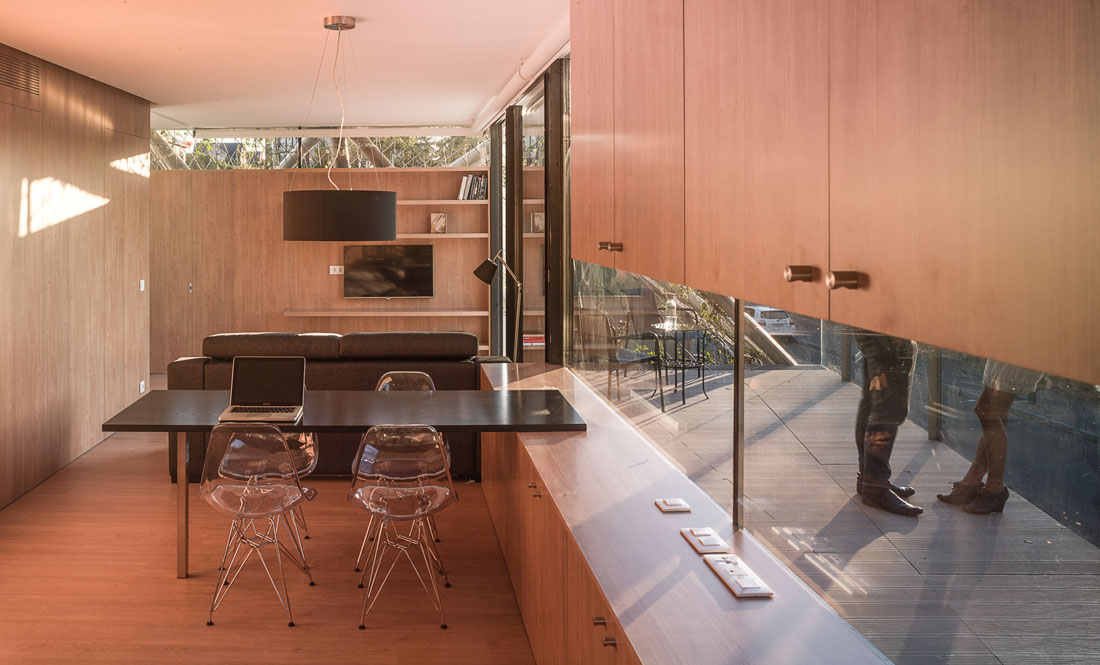 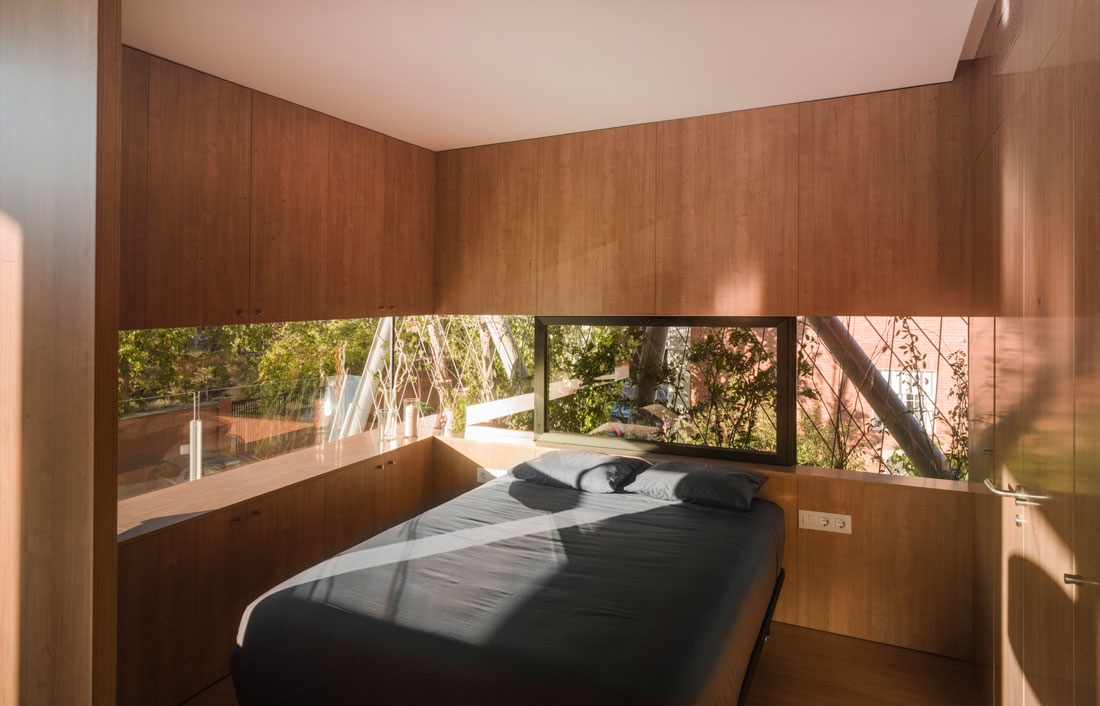 As a result, the building collects the developer’s aspirations as well as elements associated with disciplinary concerns (the vertical garden, the spiral organization, typological subversions, and the apparently free and informal envelope shape). We had to learn everything along the way during the design process, and now we feel like we could not remove any of the elements without sacrificing the entire project. 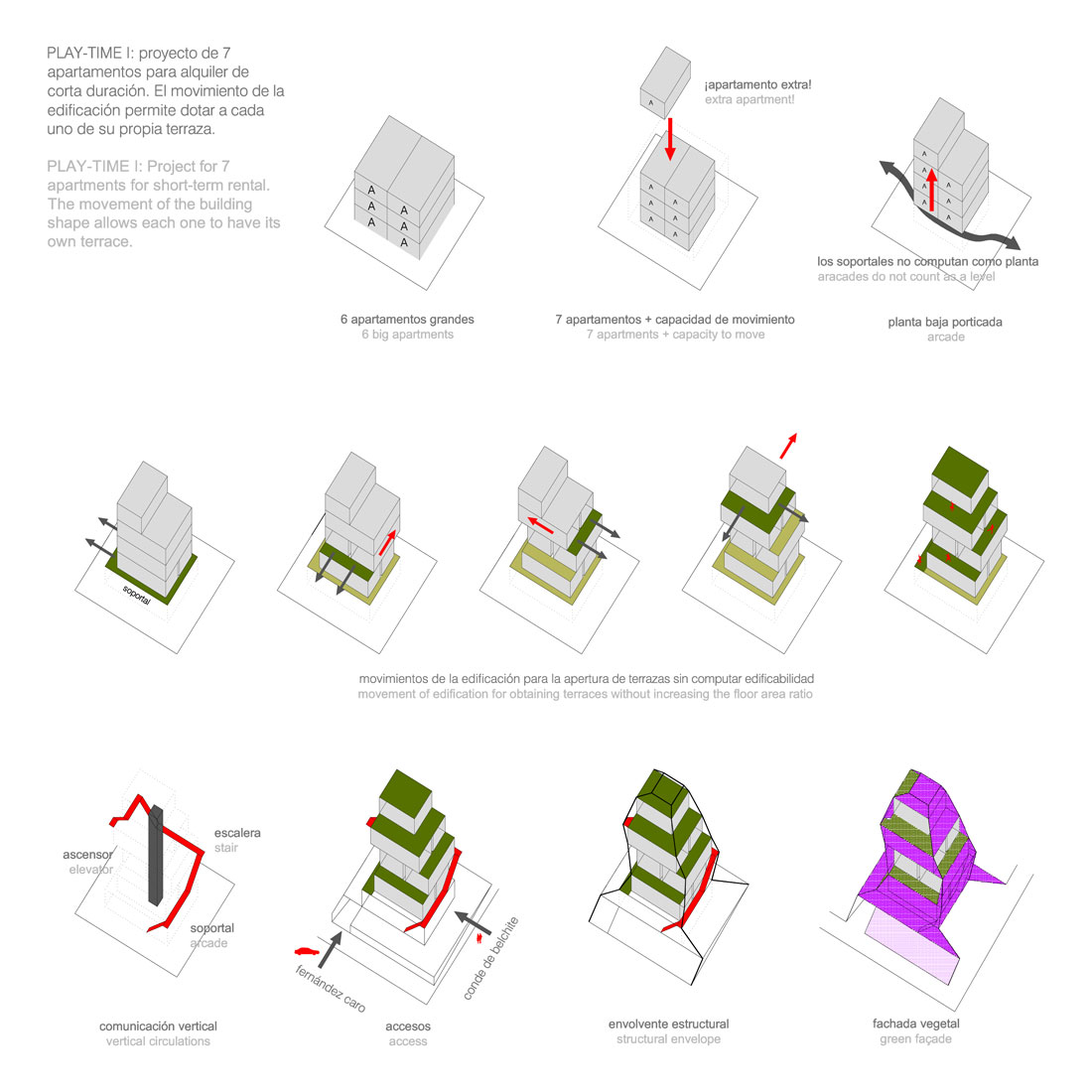 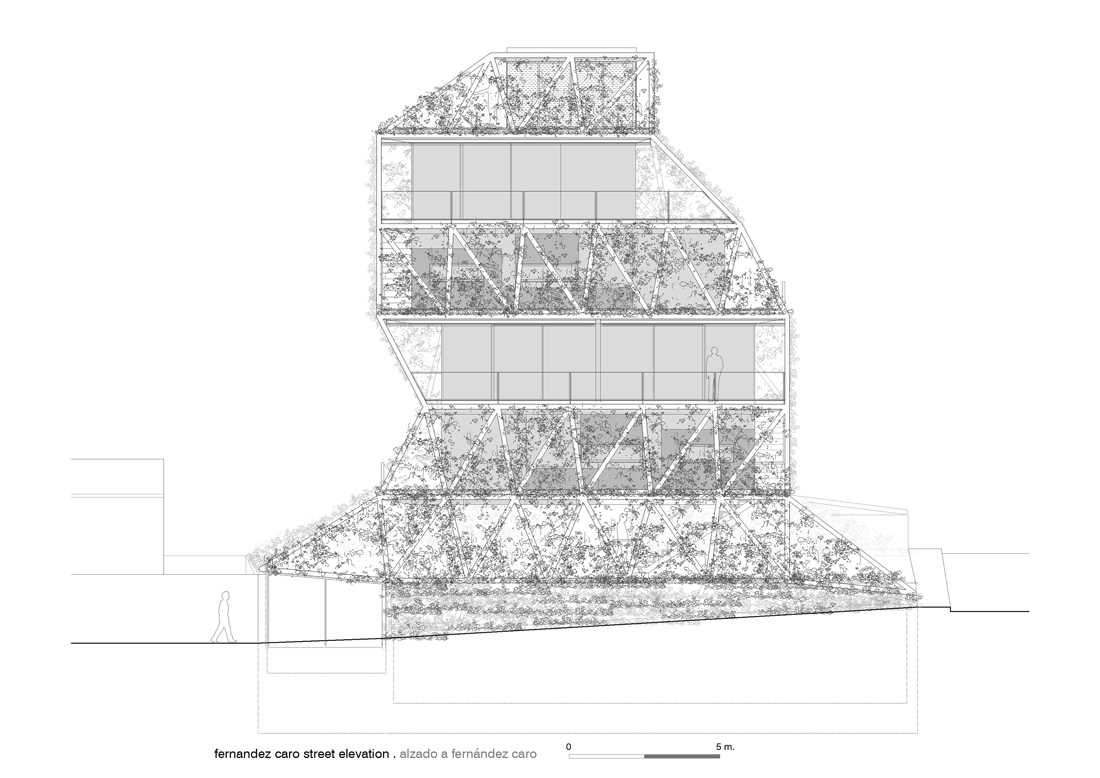 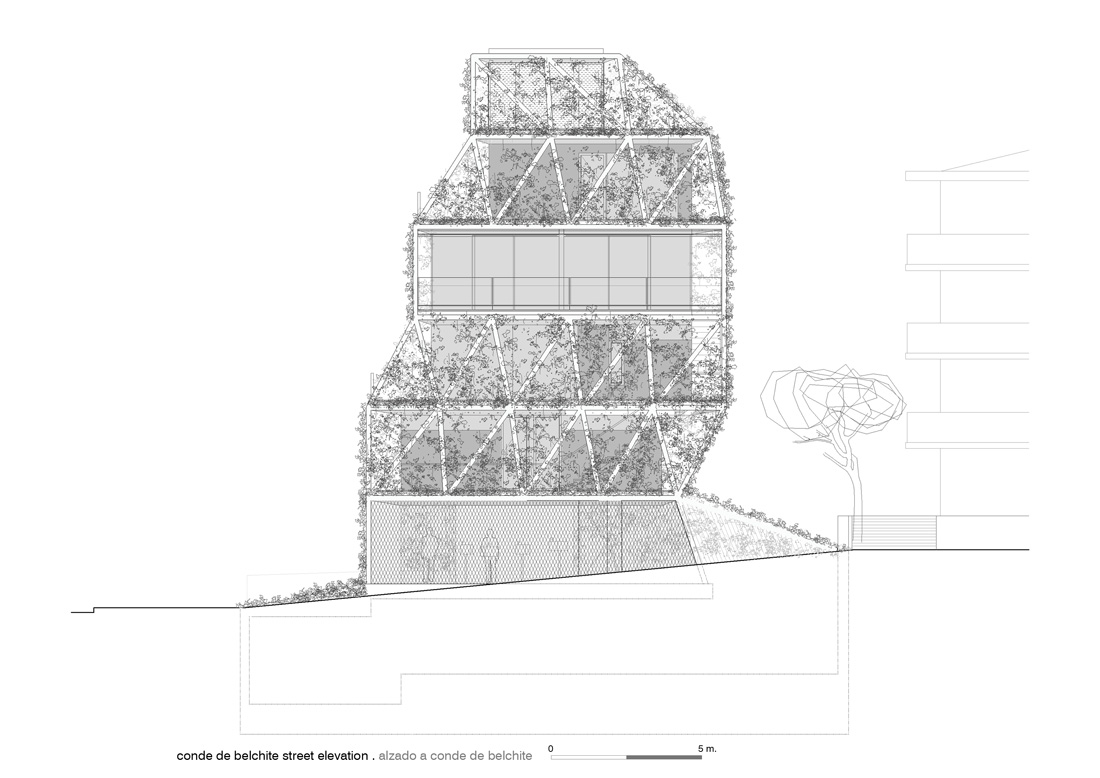 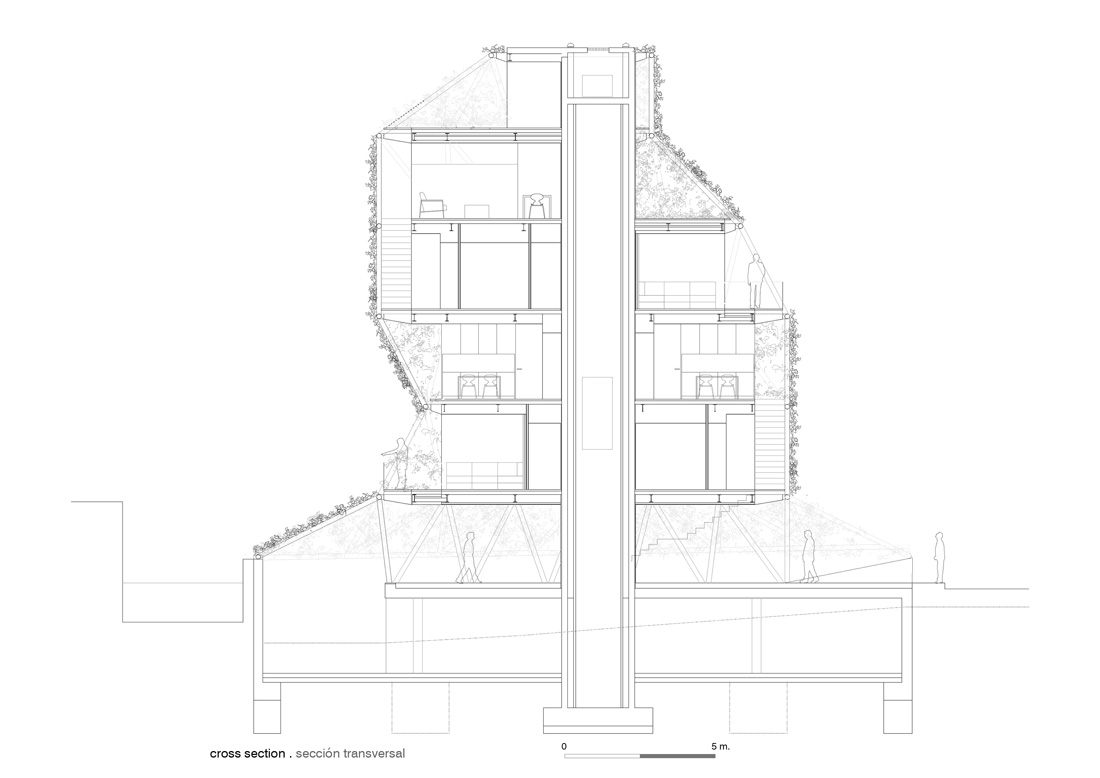 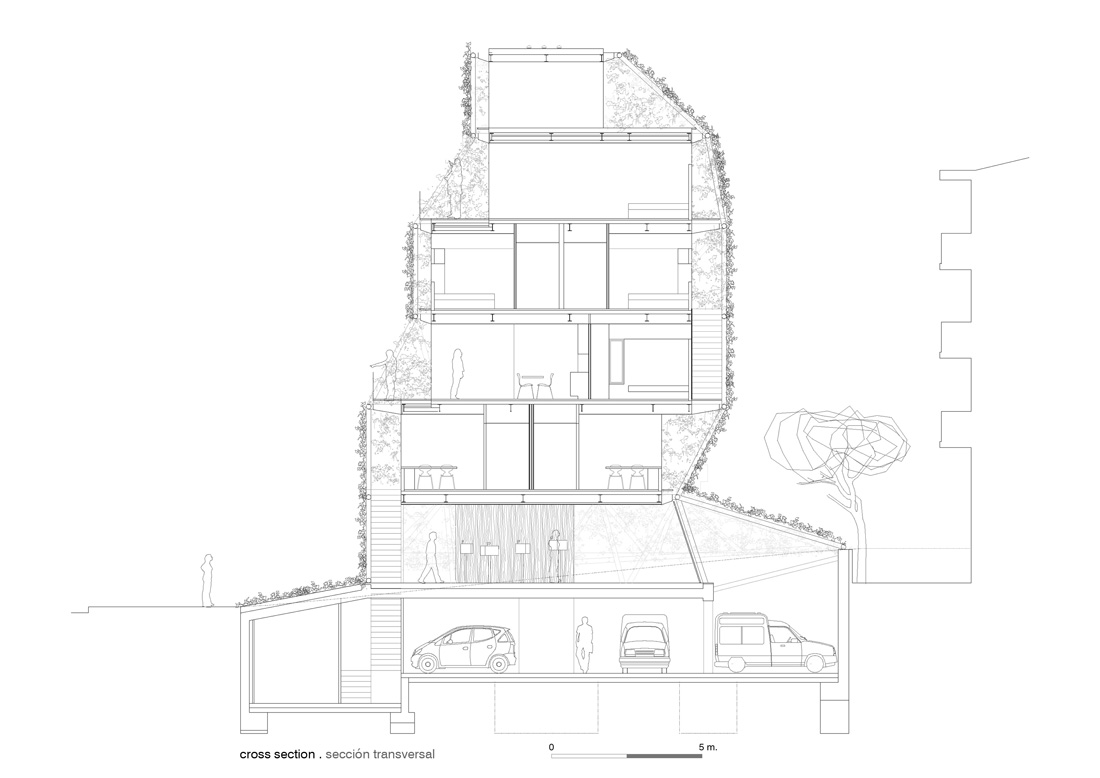