Once You Understand the Blockchain, You Wonder Why No One Thought of It Before

The blockchain may not be pretty, but it is a design classic, says Paul Coletti. 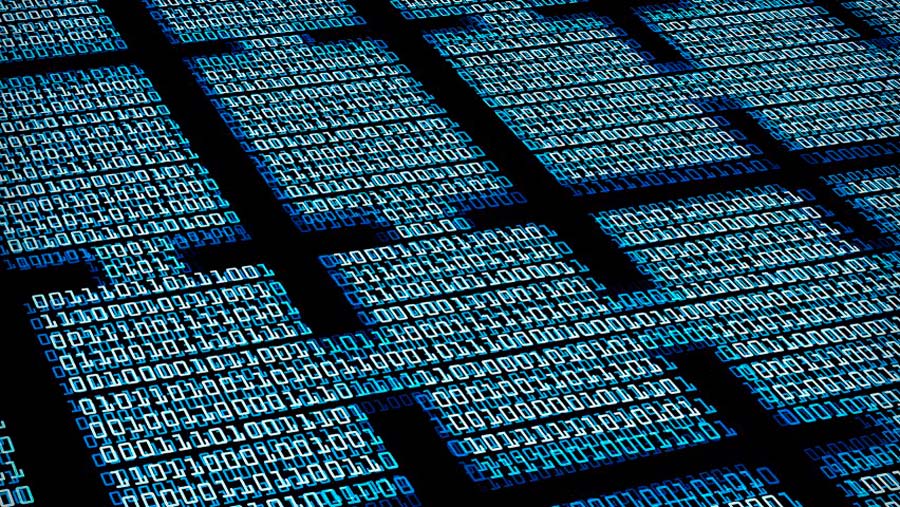 In the latter half of the 20th century the refined application of steel-reinforced concrete was the liberating force that unleashed architects from what, since the time of the pyramids, had essentially been the business of resting one stone on top of another.

Today, cryptography is playing that liberating role. And just like the modernist pioneers of concrete, bitcoin’s anonymous creator Satoshi Nakamoto took a technology that had been lying around for some time and applied it in a bold new way.

The result was bitcoin and its accompanying information store the blockchain.

Now I’m aware that, among the crypto-community, there exists a debate as to whether the blockchain enables bitcoin or vice-versa. All I’ll say is that, while bitcoin continues to do its thing – and it is definitely doing something – there exists amongst the more traditionally minded investor class and technologists far more long-term interest in the disruptive potential of blockchains, or distributed ledger technology (DLT), than bitcoin.

Put simply, a blockchain is a computer file. It sits on your hard drive just like a Word document or that PowerPoint presentation you’ve been avoiding completing for days. The key difference is that it’s usually very large, connected to the internet and constantly expanding.

Once you download the free software that helps maintain the blockchain, you become what is called a miner. The term comes from bitcoin where people processing the blockchain receive electronic coins as a reward, effectively “mining” virtual gold. The miners periodically take transactions, validate them, and group them. The one that wins the rather complicated and intensive computational lottery gets to stick the completed block onto the end of the blockchain and wins a reward in return.

It’s this community-driven spirit of cooperation that makes DLT so fresh and daring as a design concept. Anyone, anywhere in the world with a decent internet connection and spare computing power, can help maintain a database of information, if they’re so inclined.

The cryptography keeps the information utterly secure – once it’s in, it can never be fraudulently changed. Even if someone were to break the system and steal coins, the value of the ill-gotten gains would depreciate in line with the diminished reputation of the freshly hacked blockchain, effectively reducing an attack to a technological version of cutting off your nose to spite your face.

Far more likely is the prospect of a denial of service. However, the global network of miners keeps the system resilient and, short of a global internet shutdown, highly impervious to such brute force.

Blockchains could well bring about the hallowed democratisation of data

Blockchains could well bring about the hallowed democratisation of data that techies have been banging on about for so long. Amidst the clever cryptography and fancy maths, Nakamoto’s real breakthrough was to align the interests of those responsible for maintaining the data with the system for validating the rules of consensus.

There are explicit rules built into the code to ensure things like the correct format of blocks. But there is also run-time consensus, which handles the disputes arising when two or more miners simultaneously announce they have the winning block. When this happens, the network will generally choose the most deserving miner as the winner, based on complex maths called proof-of-work, and everyone accepts the result.

Think of it like Hawk-Eye in tennis – the pros all know it can occasionally deliver a bum decision, but it’s utterly unbiased and is equally wrong (and right) for every player. In other words, you can computationally whine all you like about a decision and all you’ll have to show for it will be an even more punitive electricity bill. Play by the rules and you get the warm fuzzy feeling from helping contribute to the overall integrity and – just maybe – you’ll get a reward too: the lean meat of socialism marbled through with tasty capitalist fat. Truly a system for our times.

It’s hard not to overstate just how innovative this is

It’s hard not to overstate just how innovative this is. Long ago I spent many days in fusty lecture rooms at Portsmouth Polytechnic learning about this database or that. They all differed in some ways, but information stores of old largely adhered to the same very simple precept: the system was proprietary. Once you handed over large amounts of hard cash, you were responsible for maintaining both it and the data you bunged inside, whether it be hotel reservations or HR records. Distributed ledger technology, with its concept of miners, smashes this wide open. Not only is the software itself free, open-source and transparent, but now anyone can help run the system in return for a reward.

Anyone can knock up a blockchain, with its own cryptographic token issued as an incentive to help in the upkeep of the chain.

Imagine, for example, a government blockchain initiative applied to some aspect of regulatory work, such as tracking academic qualifications. The government could decide to issue its own token as a reward for any civic-minded PC owner who wanted to devote some spare computing power. In return, these tokens could be used to purchase training at government-approved centres, help pay for tuition fees or even buy books. Over time, the tokens might be accepted more widely at other government offices and could even acquire some inherent value of their own. A market may even develop.

Authorities from Georgia to Brazil are already investigating blockchains in applications ranging from voting to land registry.

As well as bringing about transparency, blockchains have the potential to disintermediate on a global scale – a fancy term which simply means cutting out the middle man. Take credit card payments – it’s estimated that, in 2013, $11 trillion was processed via the big two: Visa and Mastercard. Of that, about $250 billion consisted simply of fees paid to all those entities you’ve never heard of, who pump the money from your bank account to the vendor, each time leeching away a little slice of the pie.

When you hire a car abroad, there can often be four of five hops between your bank account and Europcar’s. The scale of established interest threatened by a system that does away with brokers and allows direct asset exchange between individuals is gargantuan. No wonder angel investors are opening their wallets with gay abandon.

Wall Street tends to value technology firms on whether they’re a product (like Snapchat) or an eco-system upon which you can build other products (like Google). It’s the latter that get the big bucks. What is the blockchain if not the mother of all eco-systems?

As with all new technology, there is a tendency amongst some to proclaim the latest fad as the solution to everything, so let’s inject a note of caution.

The current heady atmosphere reminds those of us with long memories of the early days of email, when a brash new method of communicating was thought to herald the paperless office, the demise of handwriting and the bankruptcy of Tippex. Of course, it didn’t quite happen like that. These days we tend to use alternative messaging systems like Whatsapp for short and snappy missives, while email is still the preferred option for the more serious matters: contracts, legal documents, scripts, etc.

This could well be the direction the blockchain takes – it’s not hard to imagine a world where daily interactions of little consequence, like buying a cup of coffee, remain in the domain of cash/contactless, while the heavy-lifting moves onto blockchains, where an absolutely immutable, unhackable, transparent record is kept forever.

Admittedly blockchains are cumbersome – downloading the current bitcoin blockchain can take days – although the boffins are working on this. But just like those brutalist buildings we are now belatedly coming to appreciate, blockchains may not be pretty but they are, in the words of the architecture critic Jonathan Meades, sublime. The plethora of new start-ups devoted to harnessing this exciting new tech bears witness to this.

Once you understand the blockchain, you can’t help wonder why no one thought of it before. And that is the key attribute of all design classics.