This Museum and Academic Research Centre pays tribute to Kazi Nazrul Islam, the great revolutionary poet of Bengal. We have made an attempt to reflect his philosophy and ideals through our design. His rebellious ideas often challenged conventional practices for the greater good. His love for the motherland and his avant-garde poems had changed the way people thought. We have tried to capture his ideas and transform them into meaningful spaces. By fusing together seemingly disparate design elements, a radical and inspirational monument has been developed. 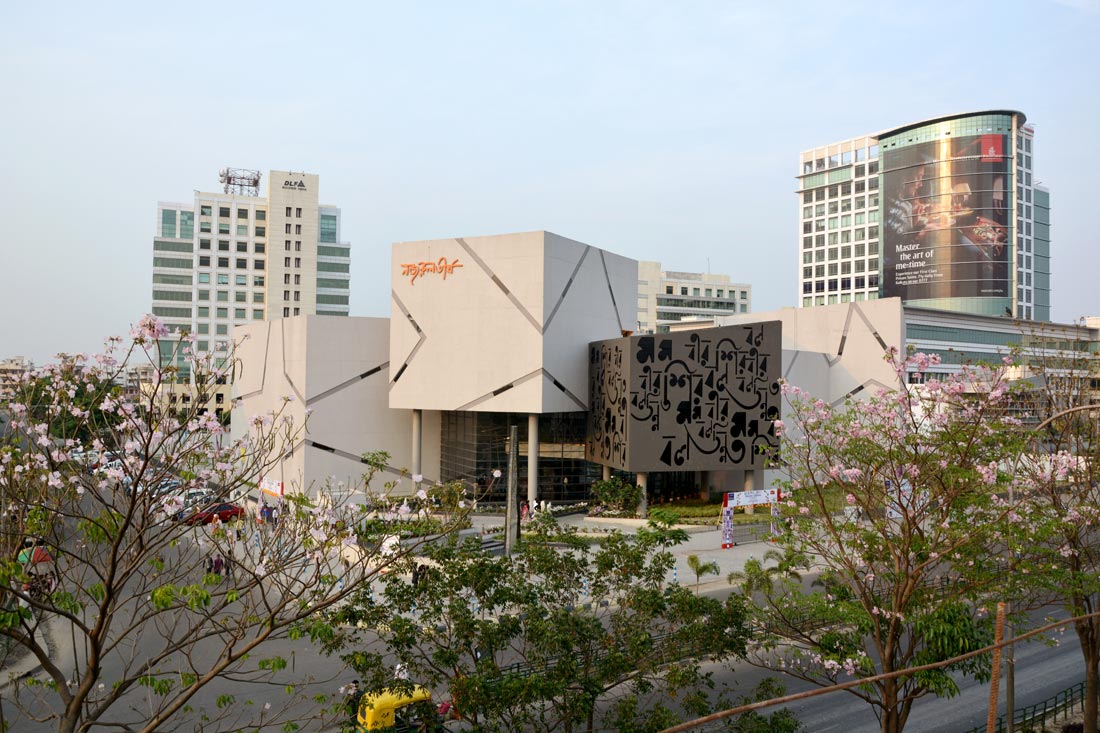 The site is located on a main arterial road of a planned township in the city. Being surrounded by generic built forms with no active public spaces nearby, we were prompted to create a breathing space amidst the dense city fabric of this area. The architectural language has been developed to express the personality of Kazi Nazrul. It is simplistic and introverted creating an urban contrast with its existing setting. The sculptural design approach articulates the context of the life of the poet. The built form and its treatment invoke a feeling of dramatic justice through the language of architecture. Starting from the massing right up to lighting design, every aspect of the building reflects the individuality of the poet. 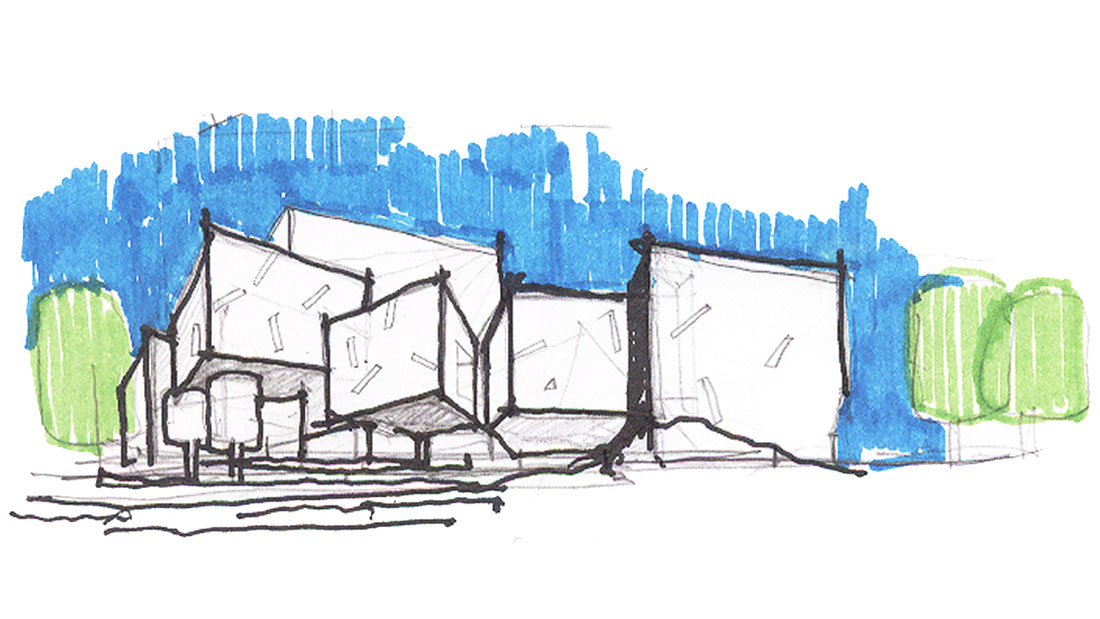 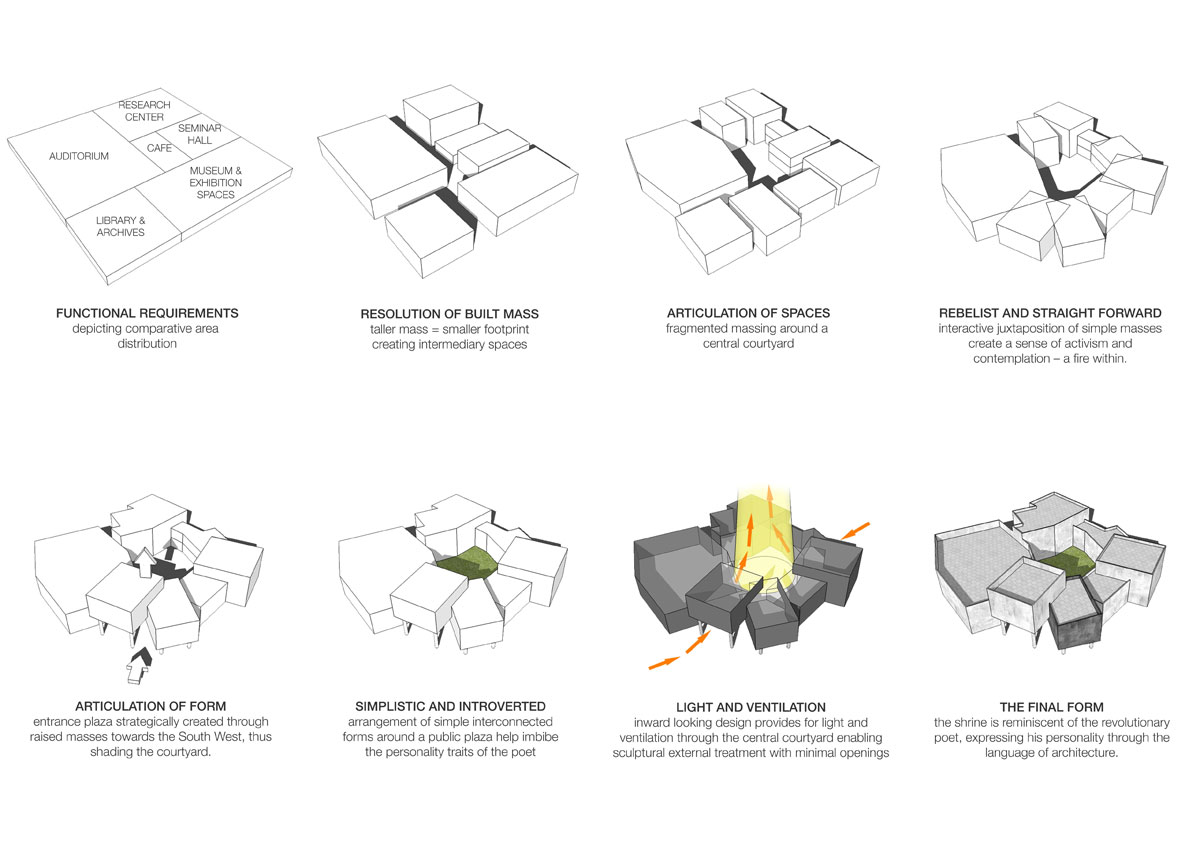 An inward looking built form has been devised using interactive juxtaposition of simple masses. This led to creating a sense of activism and contemplation – a fire within, much like the poet’s style of writing. Of the intersecting masses, a couple of blocks have been strategically raised to form an inviting entrance plaza. The fragmented massing around the courtyard forms a central green relief space. Taller blocks towards the South West ensure that this public zone stays shaded through the day. A sculptural staircase, a floating walkway and the treatment of the openings add drama to the courtyard that also doubles as an open air theatre seated amidst greens, water bodies and other landscape elements. 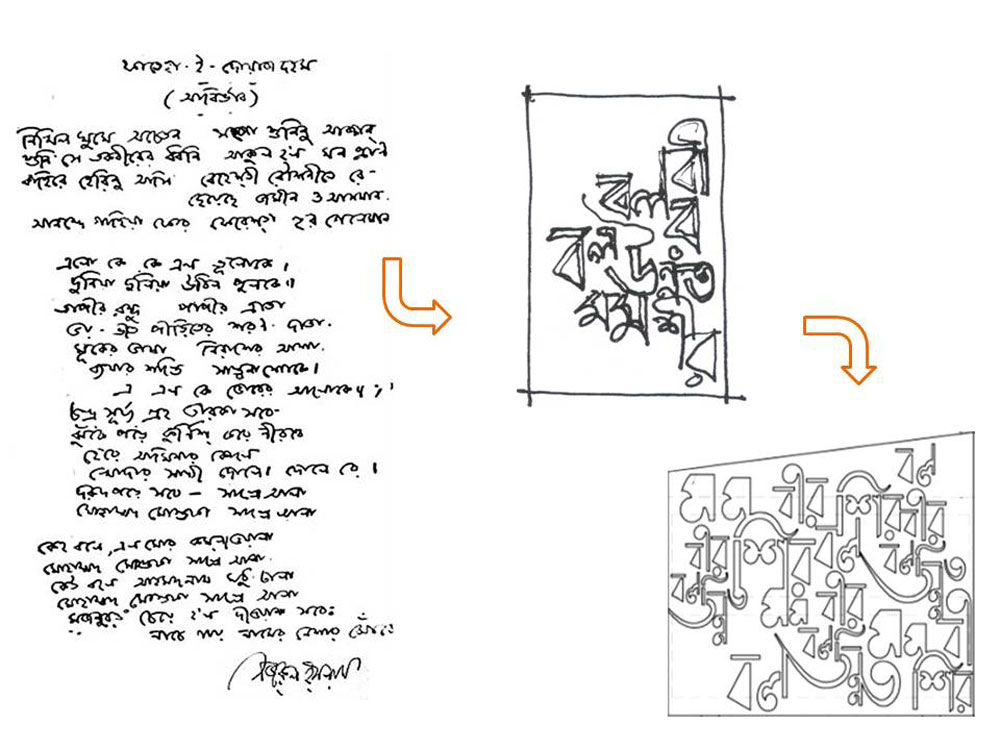 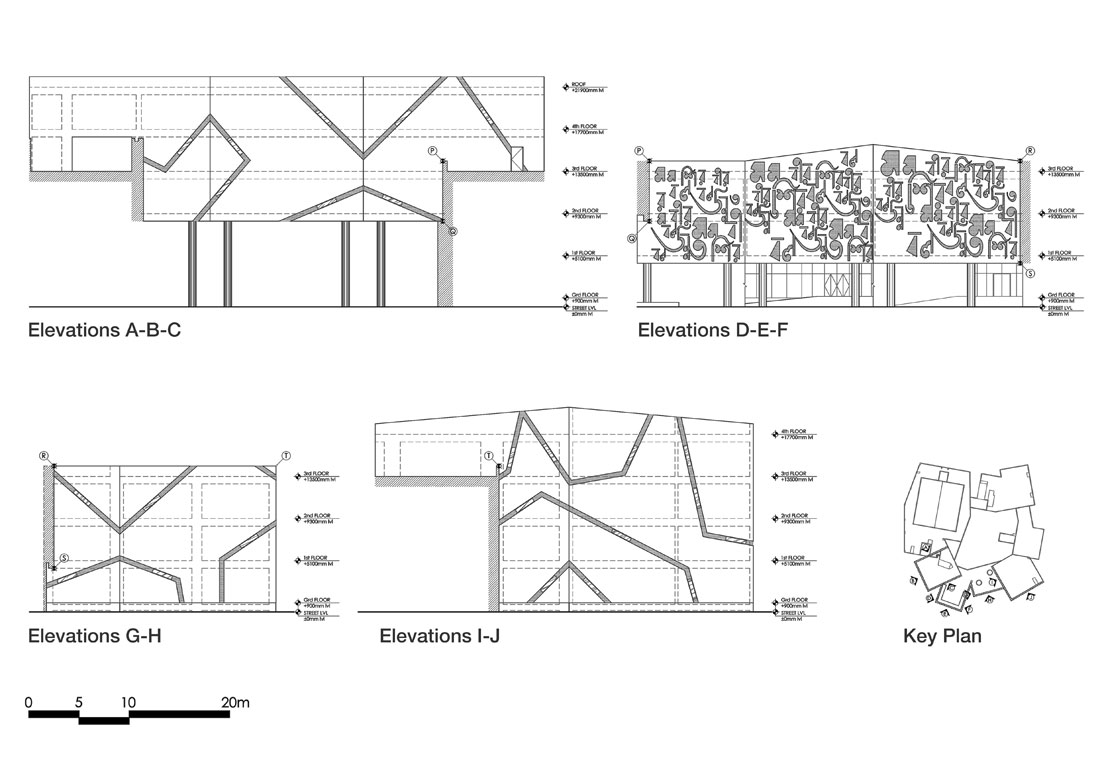 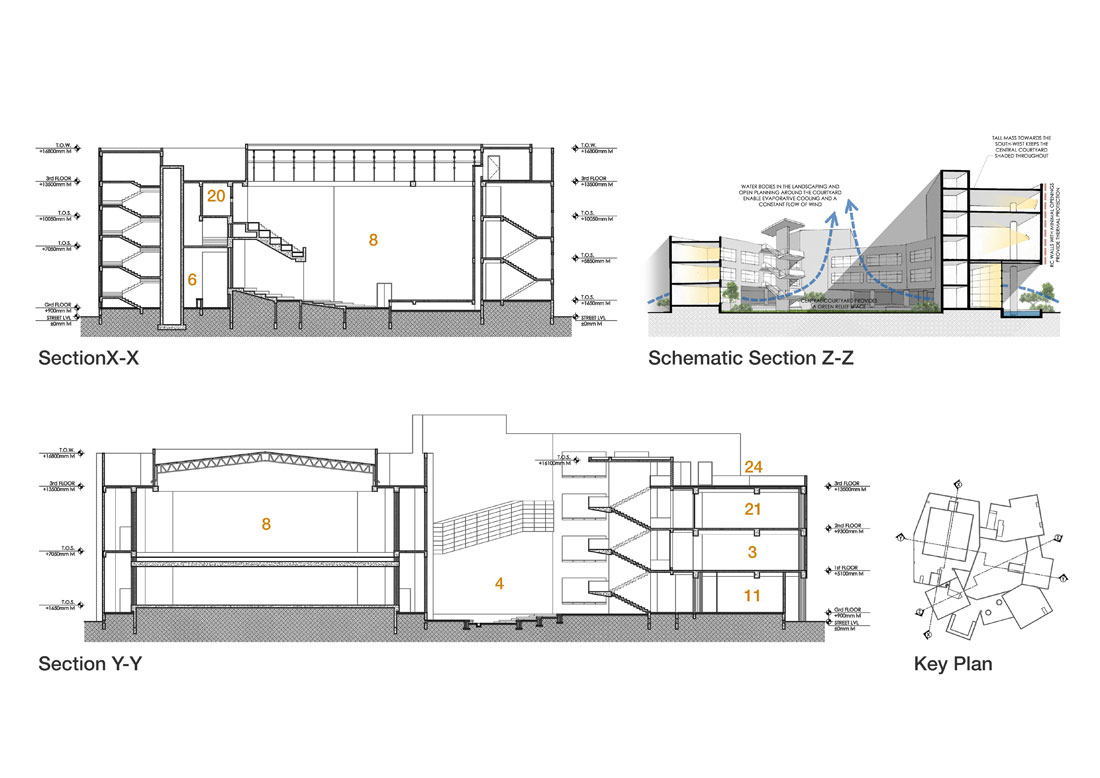 Additionally the courtyard is designed to act as a source of diffused natural light to the interior spaces. Considering the nature of the functions within, it was important to restrict the exposure to direct sunlight. The use of thin exterior reinforced concrete walls saved energy, cost and time while providing essential protection from the harsh sun. 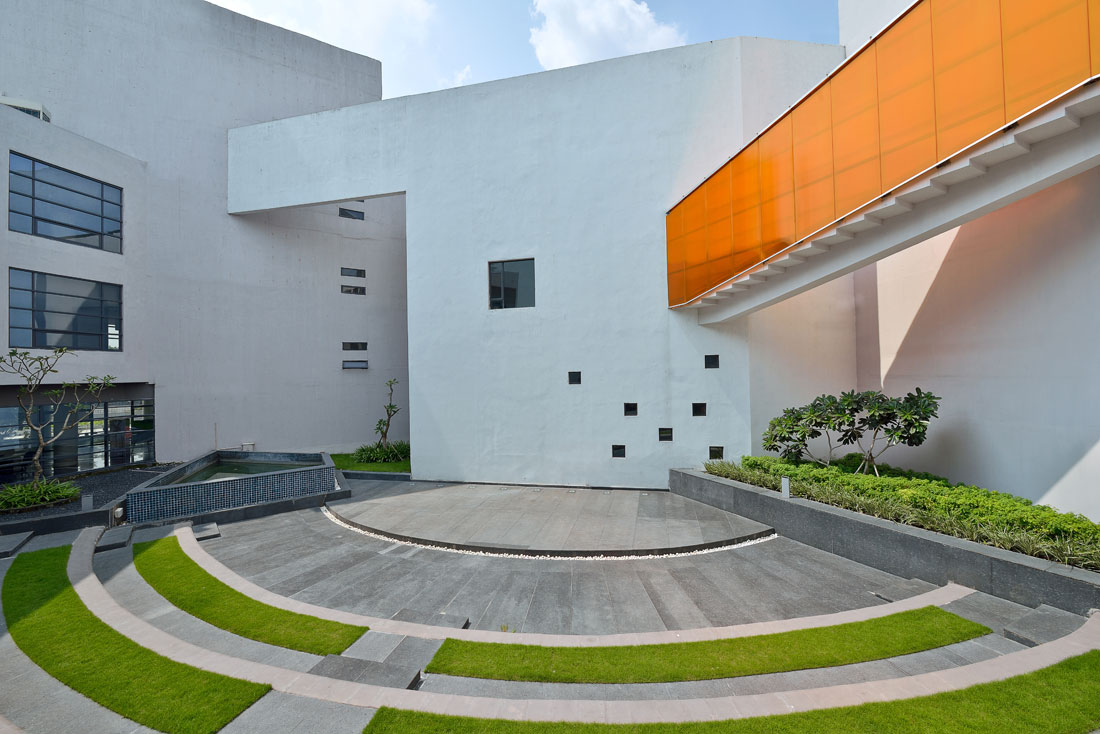 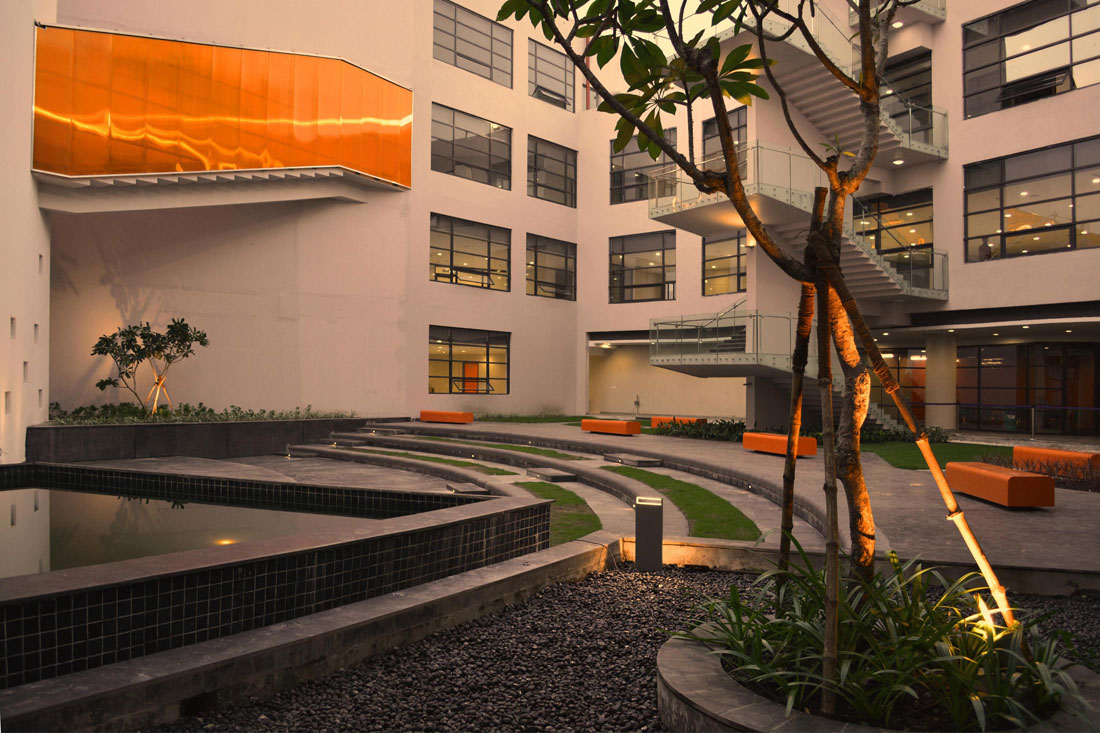 The use of concrete provided us with the opportunity to explore innovative ways of treating the building. The monolithic yet sculptural exposed concrete form reflects boldness and purity, characteristics intrinsic to Kazi Nazrul himself. An indigenous sculptural feature wall has been devised with an inscribed abstraction of the poet’s most admired poem – a first in the country. 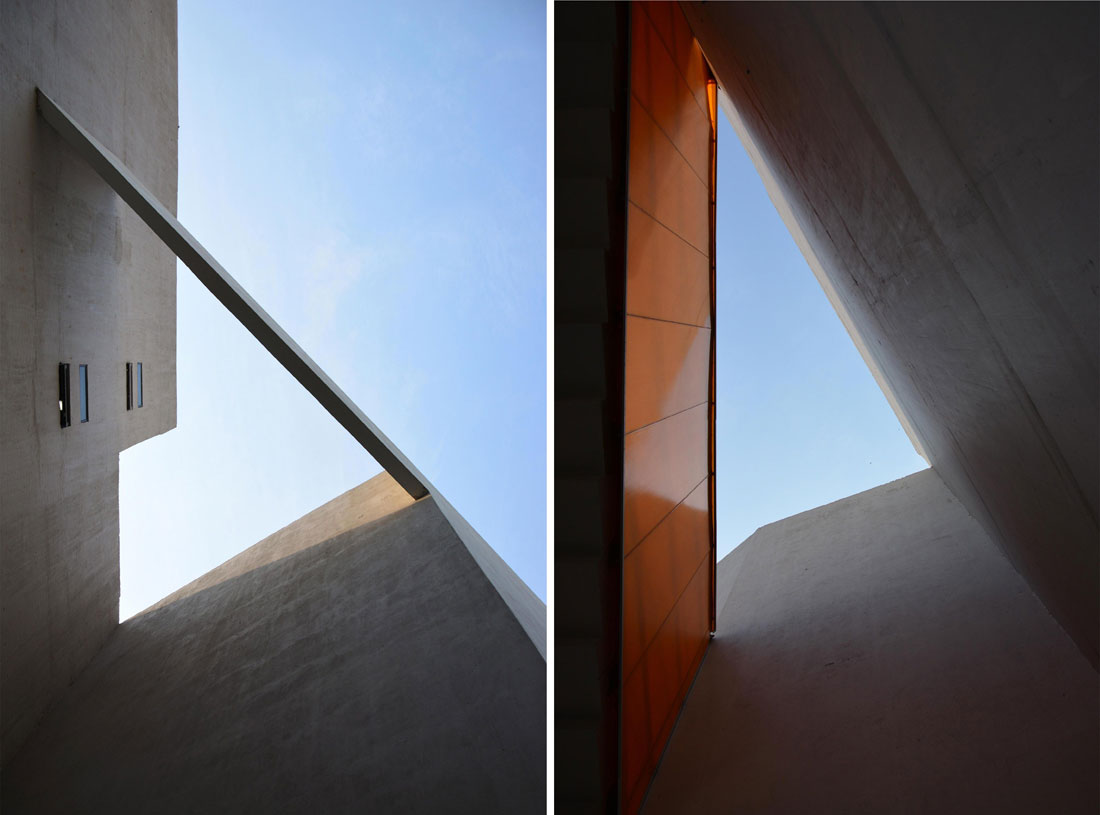 To achieve the desired effect, technical drawings for the feature wall were printed to scale on a large flex for use on site. A CNC cutting machine was used to produce high-density foam templates as per design. The foam pieces were accurately fixed within the casting formwork with the help of the flex. With these in place, pigmented concrete was cast to form the feature wall. After dismantling the formwork, the foam templates were carefully removed. The feature wall was thus achieved, engraved with the stylized words of the poet. 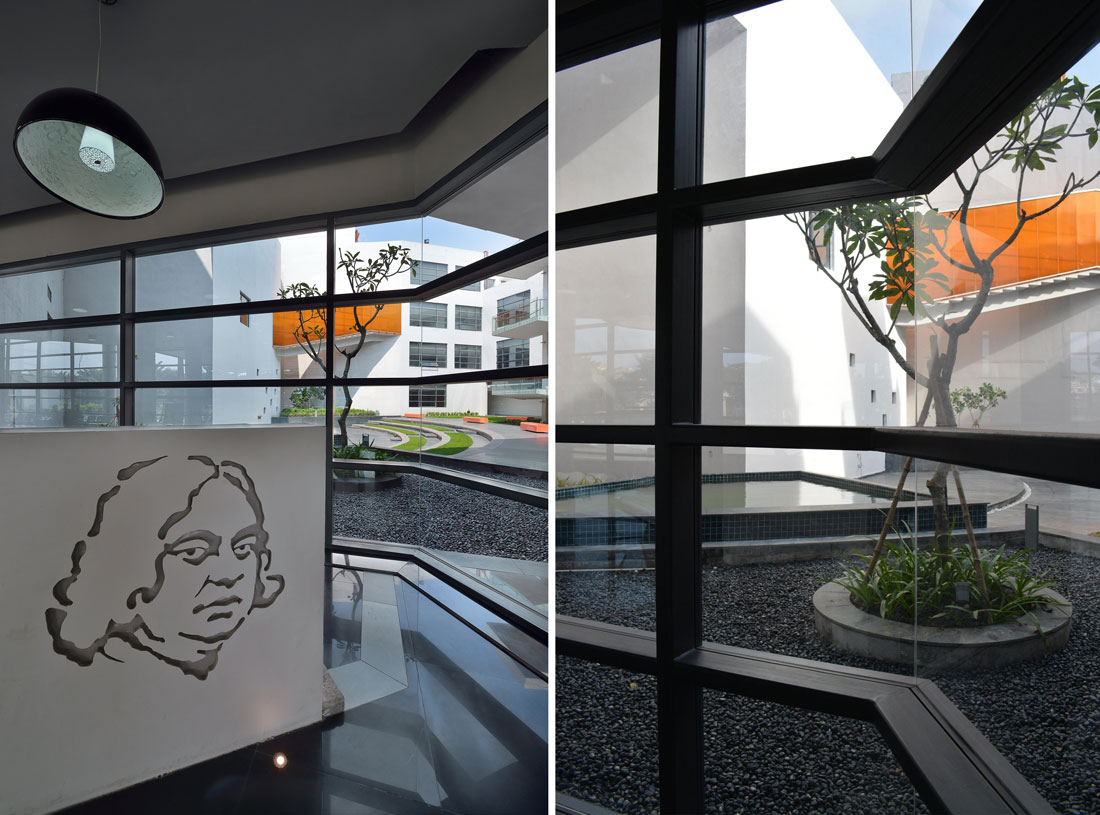 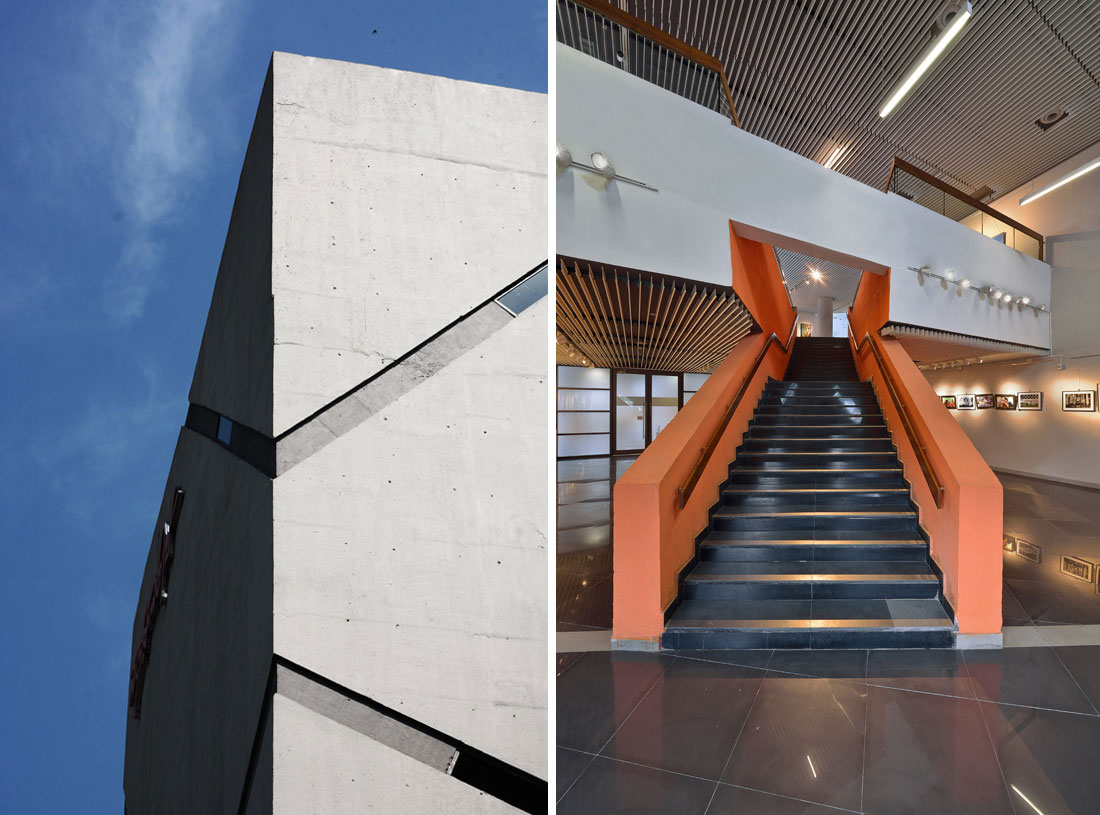