During the 19th century, the New Dutch Defense System was designed to flood large parts of the Netherlands in order to make the country inaccessible in case of assault. Fortresses were erected to defend the weakest points. The 85-km-long defense line has been nominated as a UNESCO monument, which would make it the largest monument in the Netherlands. At one of the 46 fortress sites, a museum was built to explain the history. 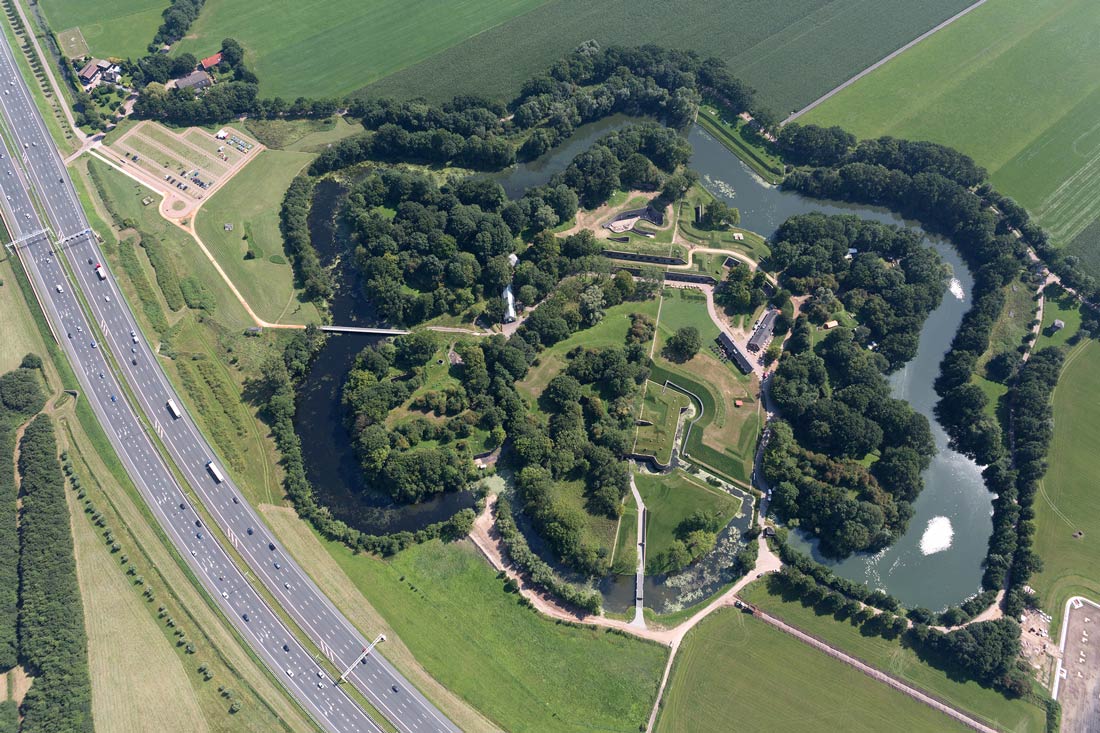 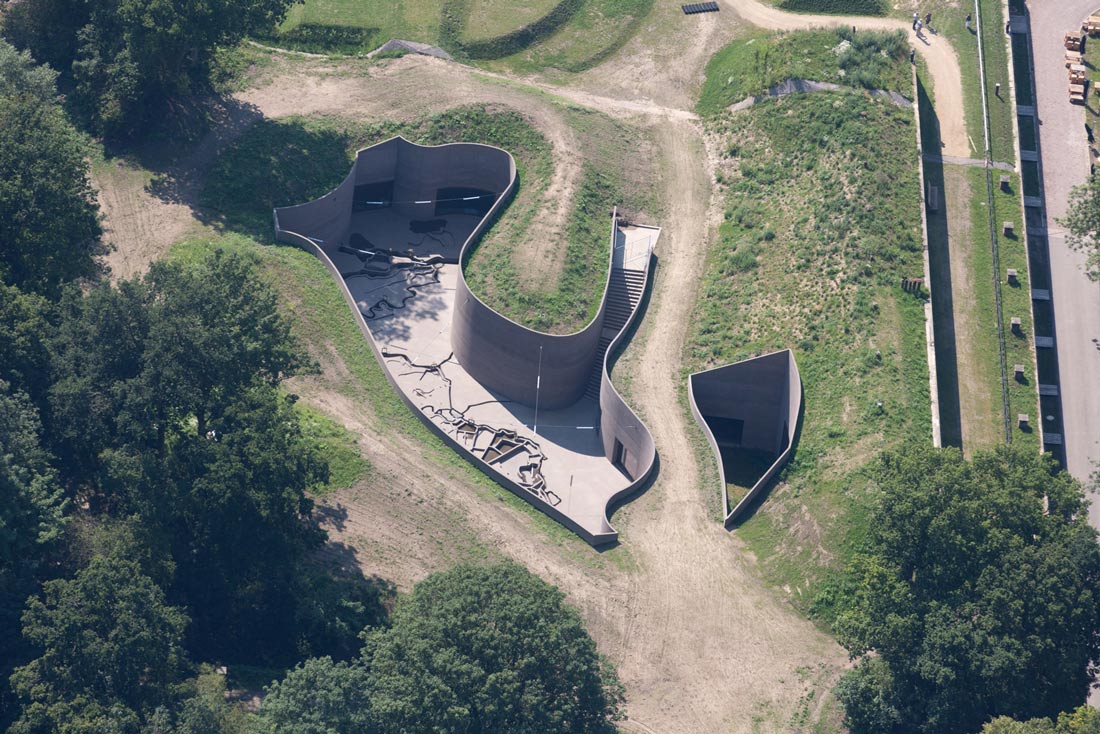 In an invited competition I obtained a plan of the museum site and worked on its present erosive state, which was perfectly intact at the beginning of the 19th century. Nature had taken over, and the site evolved into its current state. This gave me the idea for my proposal. I suggested using the exact same eroded topographic contours, just as they were in the map, for the form of the museum, built underground and within that landscape. The interior walls and the courtyard elevations are all traced from the plan, with the height lines of the landscape, and built exactly on those traced locations. 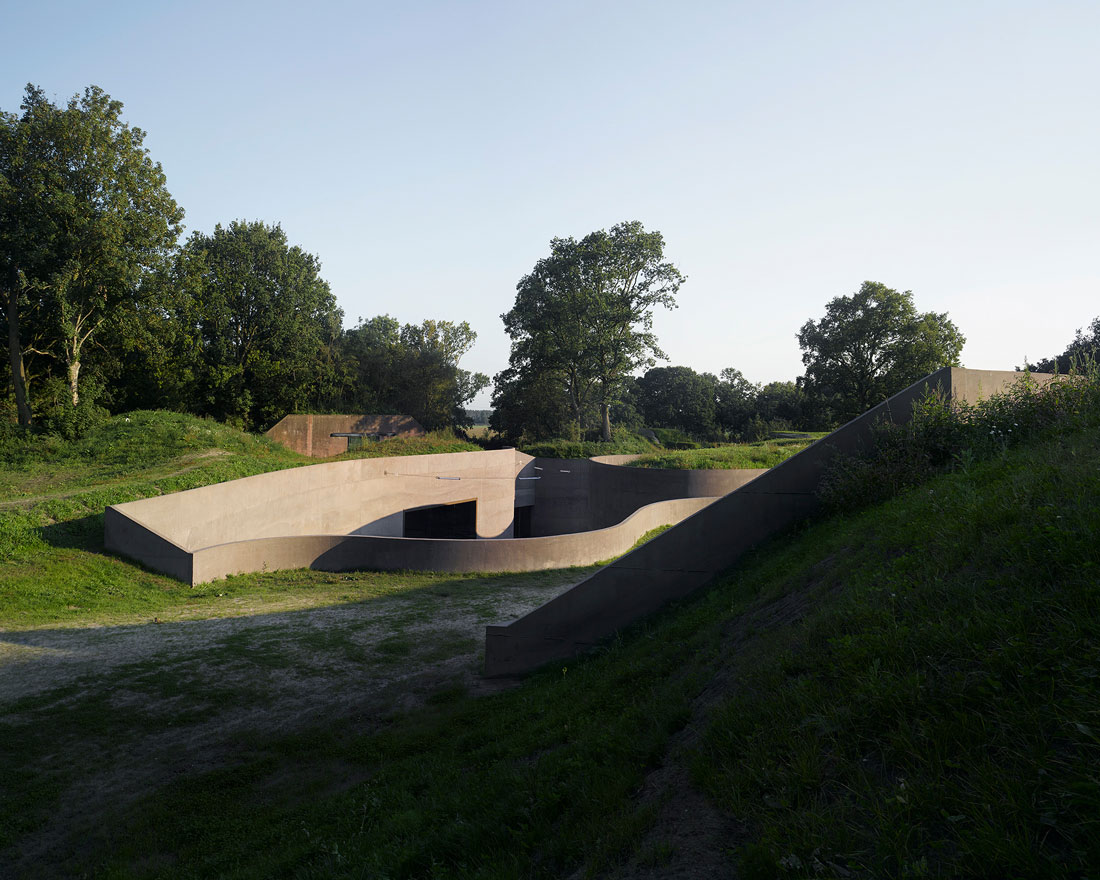 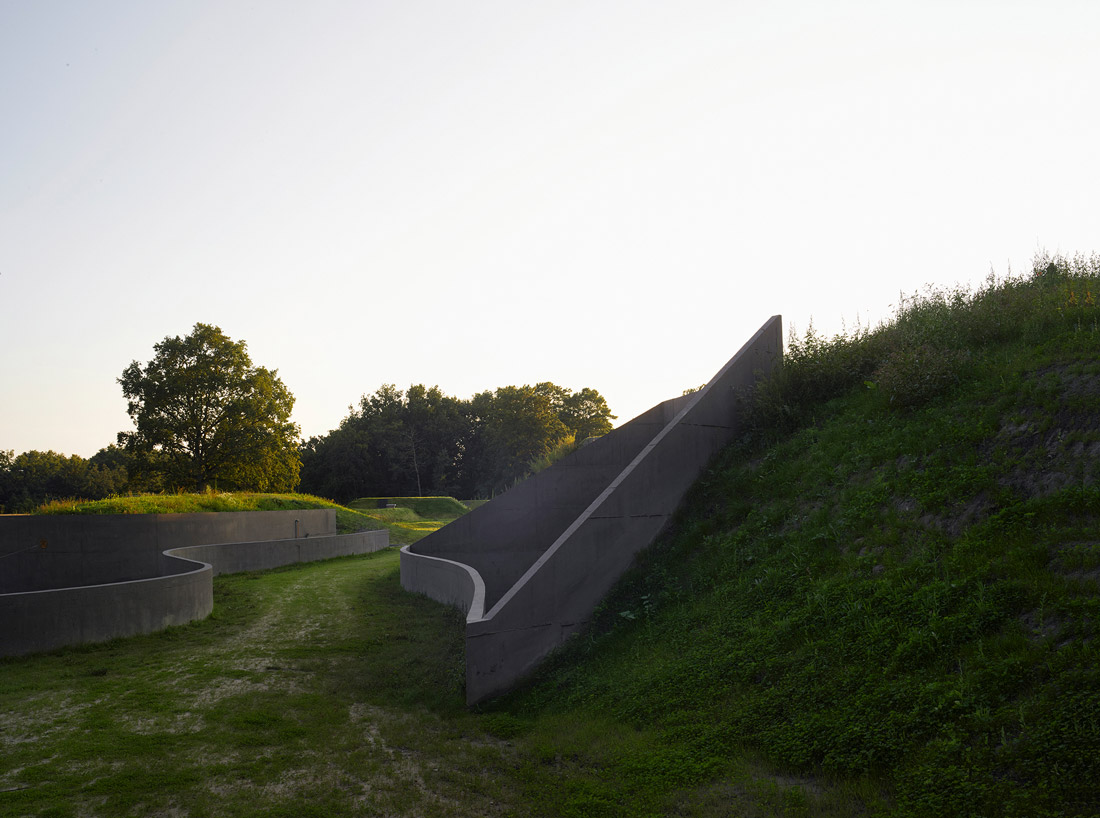 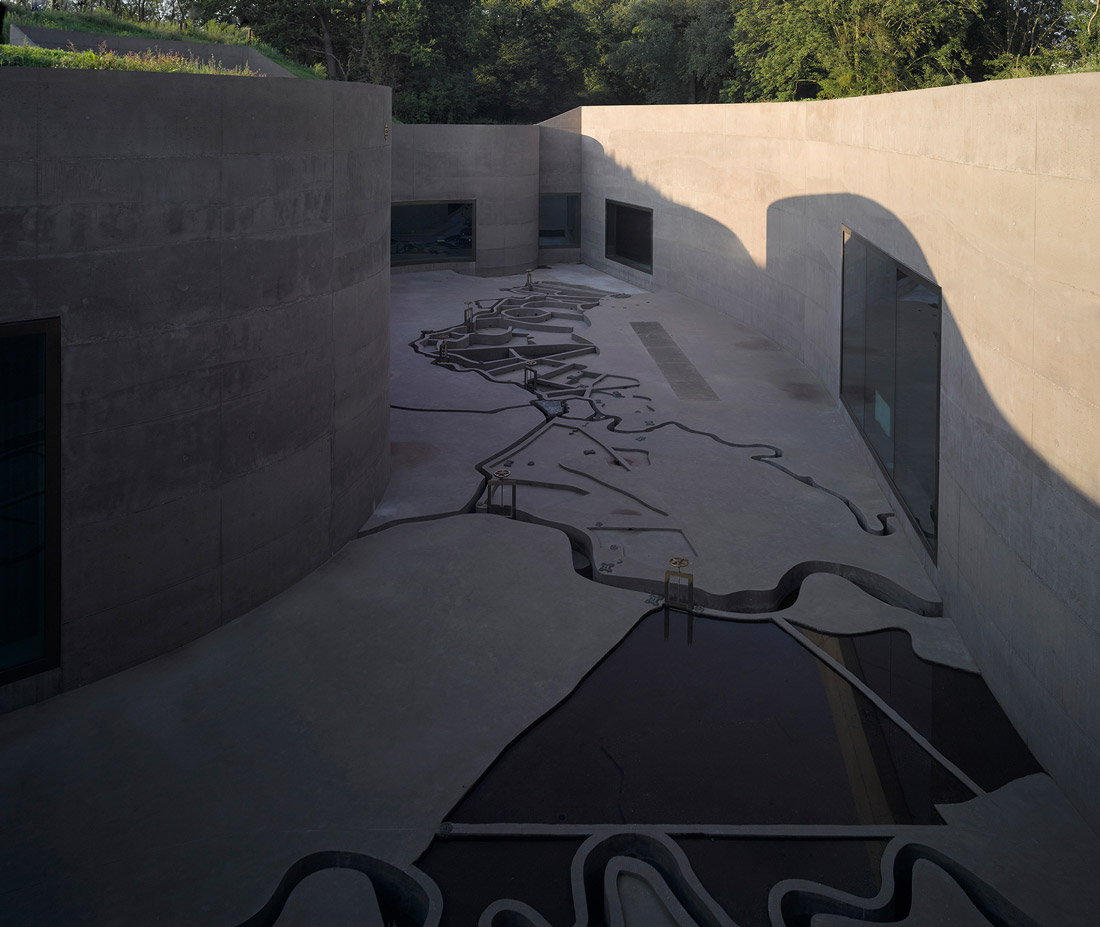 The museum is constructed in a dark grey-brown concrete. Because the site also an archaeological monument, no foundation works were allowed. Consequently, the concrete for the museum was cast on site without dilations and sits as a single relief in the ground. 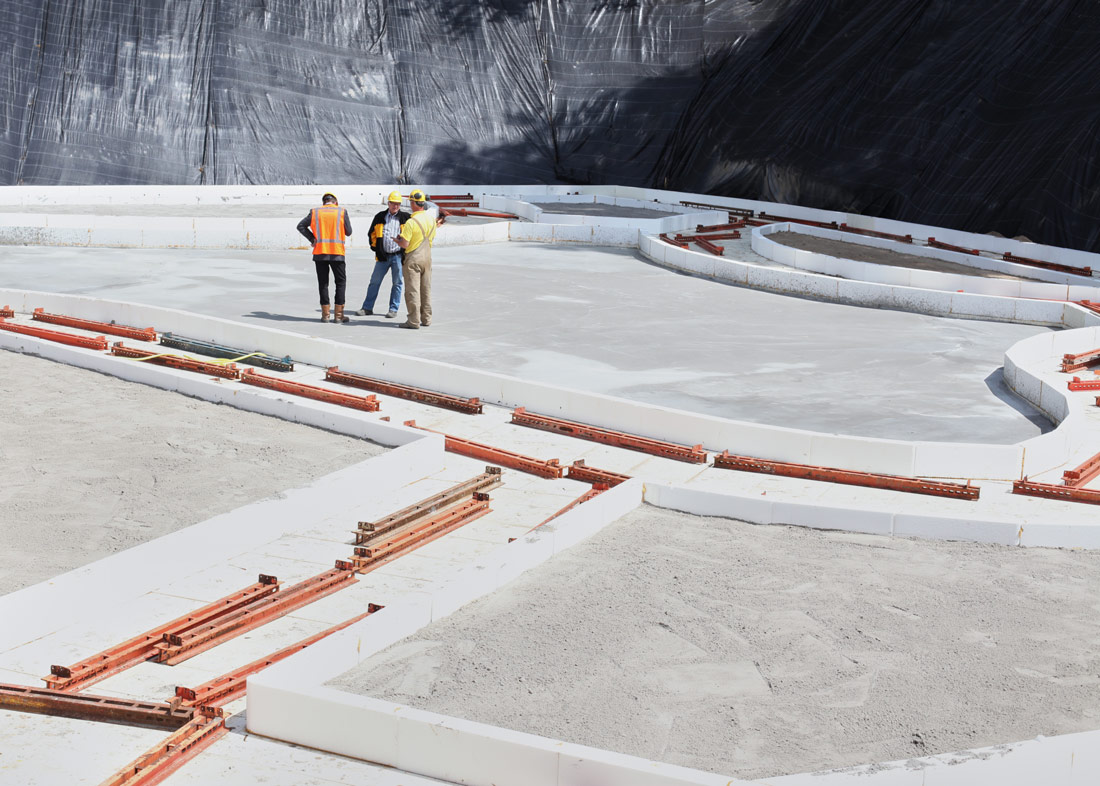 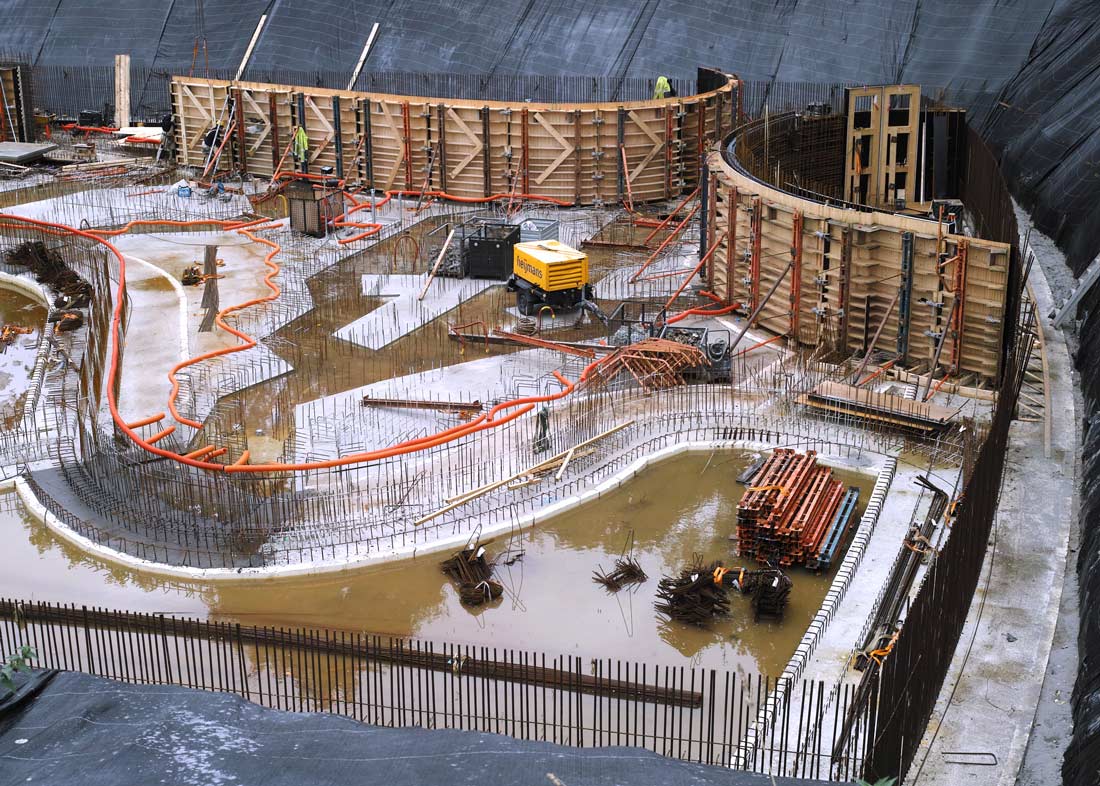 The only windows are in the elevations of the two courtyards, through which the light reaches to the underground interiors. The main courtyard contains a large-scale concrete model of the entire waterline with its rivers, lakes, dikes and polders, which can be flooded by the visitors. 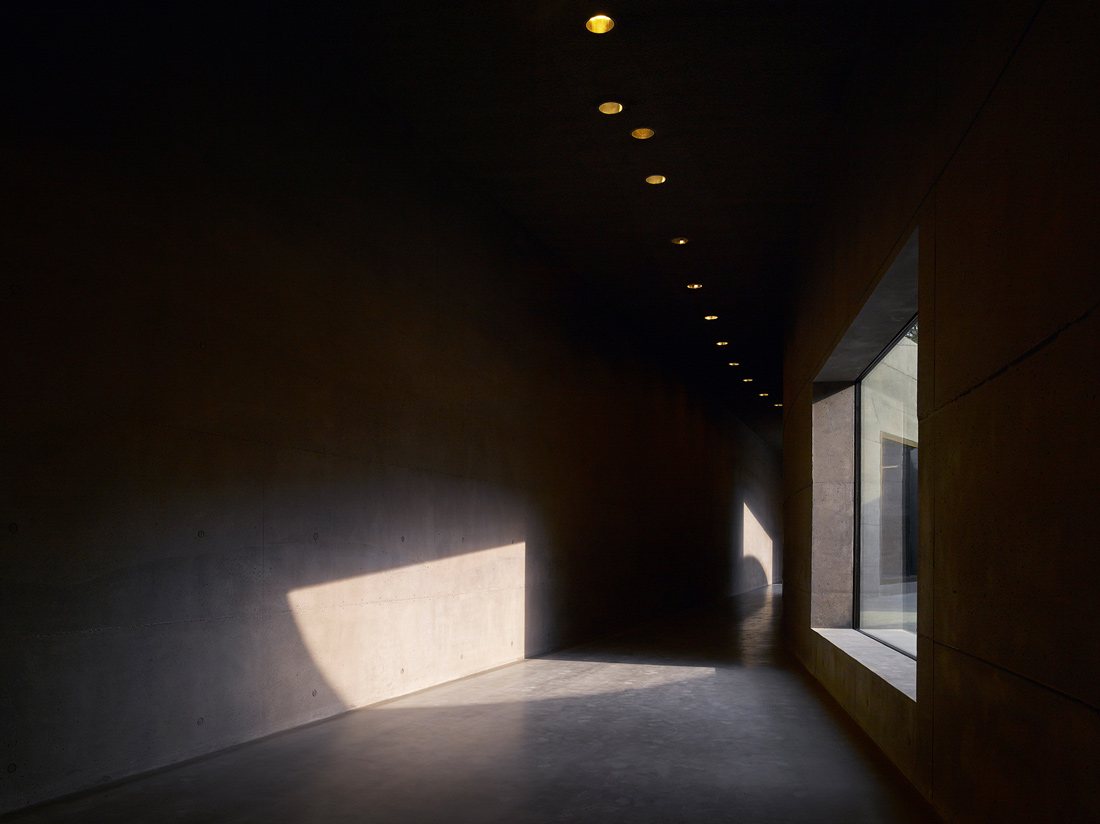 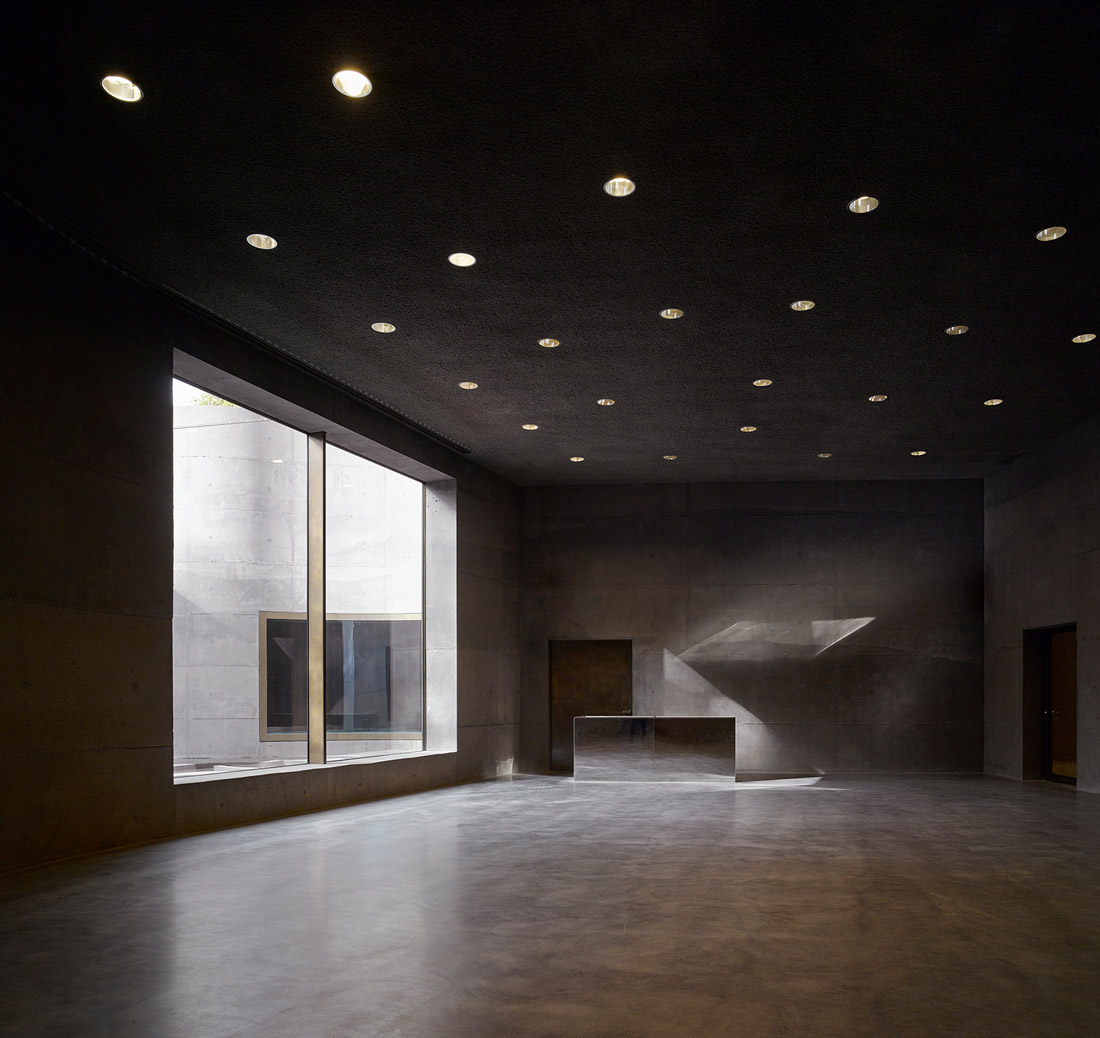 The entrance is through the old fortress, with which the museum connects on one corner. A visitor will first see the interior of the museum, ultimately understanding its position underground through the courtyards and the stairs that connect with the landscape above. First, there is the experience of the interior spaces and the irregular walls formed by the topography, before the origins from the landscape are revealed. 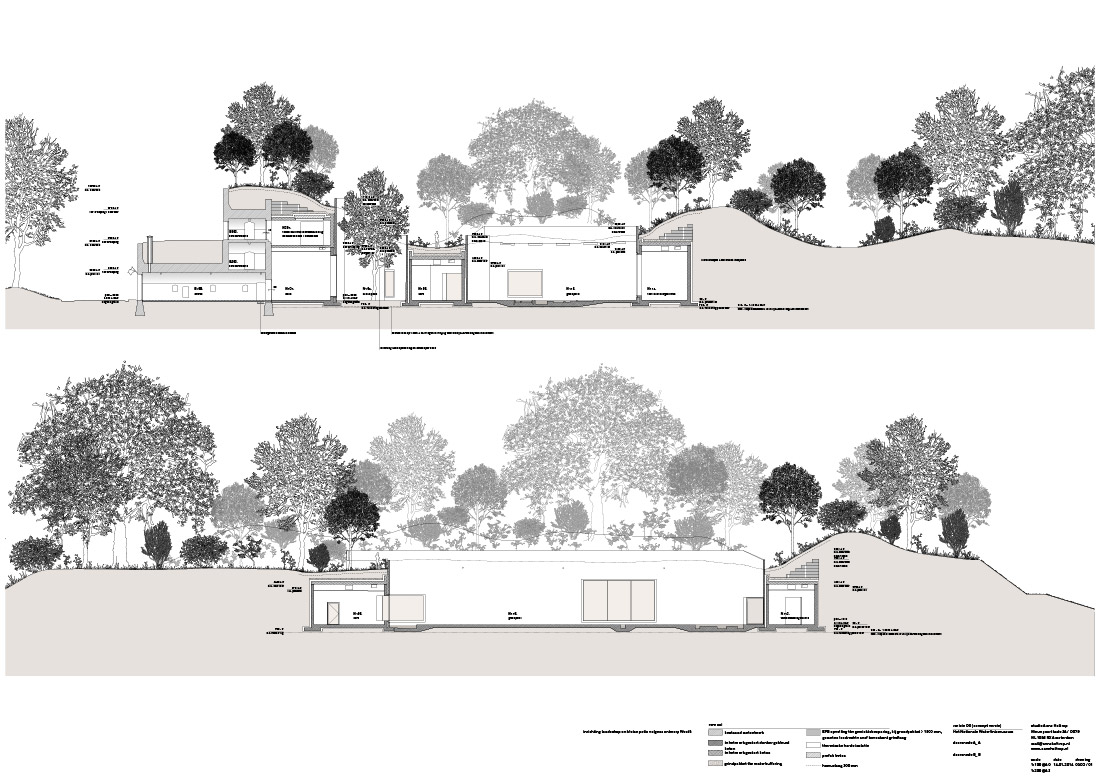