The West Brabant Water Line is a defense line consisting of a series of fortresses and cities with inundation areas in the southwest of the Netherlands. It dates from the 17th century but fell into disrepair in the 19th century. When the water line was finally restored, an access bridge across the moat of one of the fortresses, Fort de Roovere, was needed. 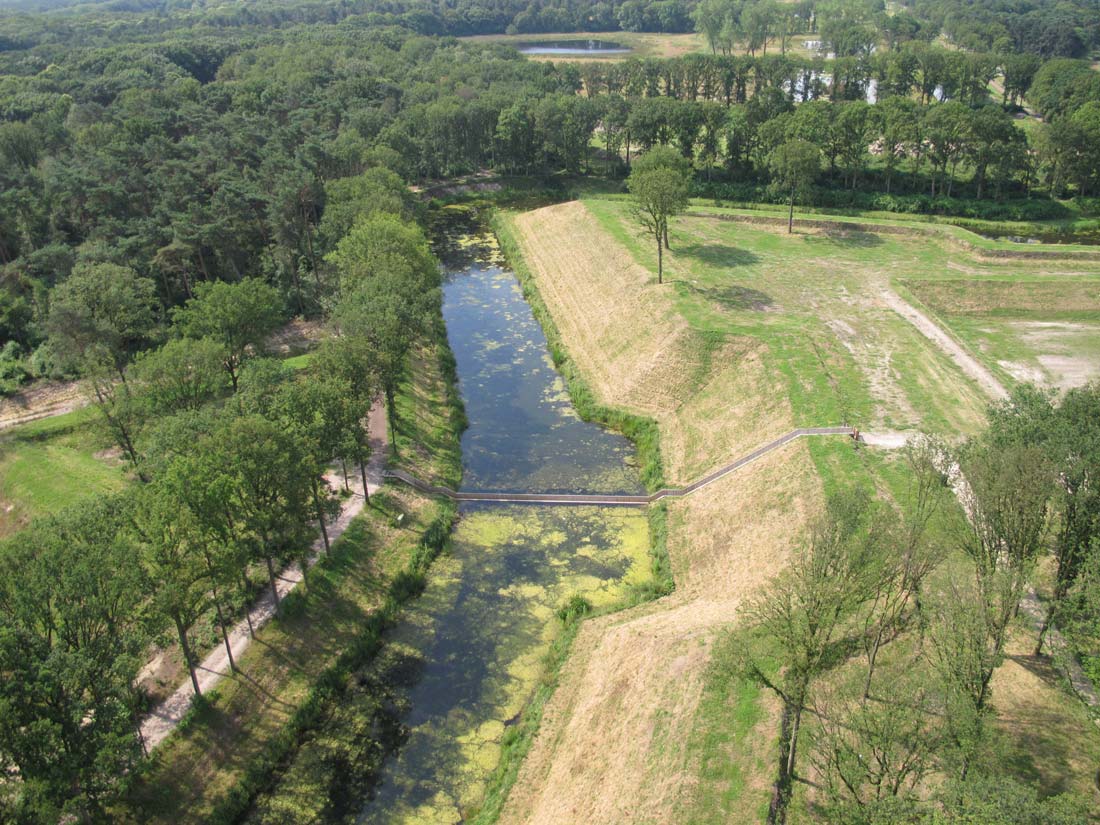 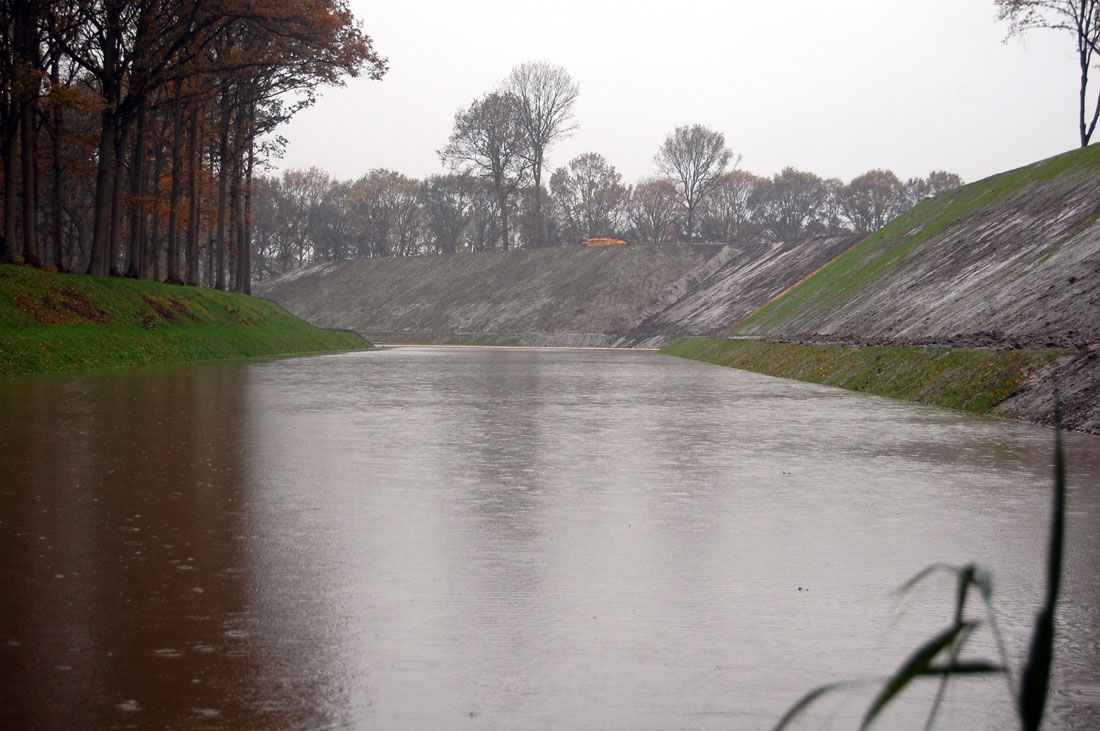 This fort now has a new, recreational function and lies on several routes for cycling and hiking. It is, of course, highly improper to build bridges across the moats of defense works, especially on the side of the fortress the enemy was expected to appear on. That is why we designed an invisible bridge. 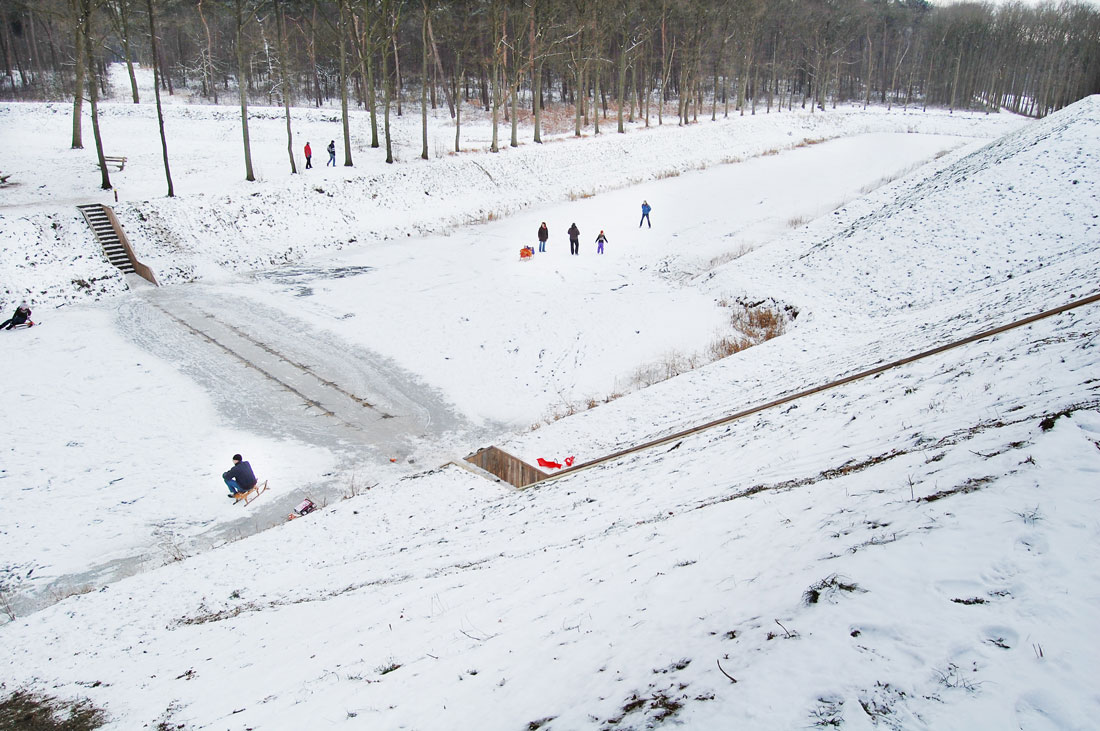 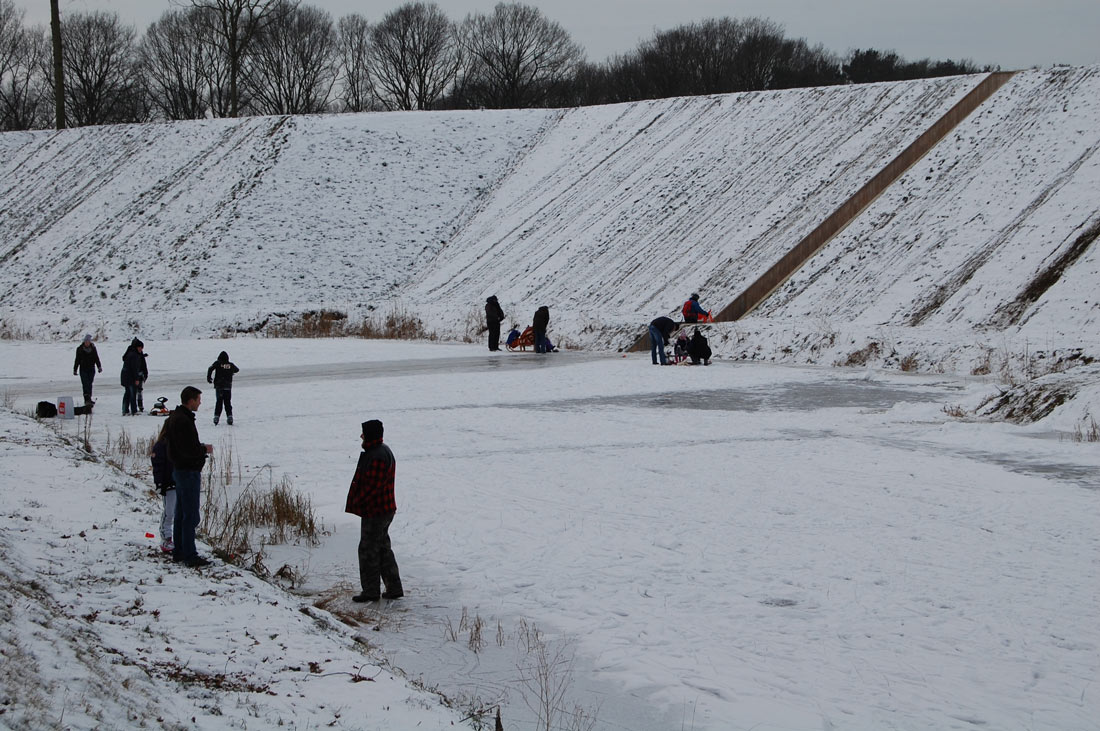 Its construction is entirely made of wood, waterproofed with EPDM foil. The bridge lies like a trench in the fortress and the moat, shaped to blend in with the outlines of the landscape. The bridge cannot be seen from a distance, because the ground and the water come all the way up to its edges. 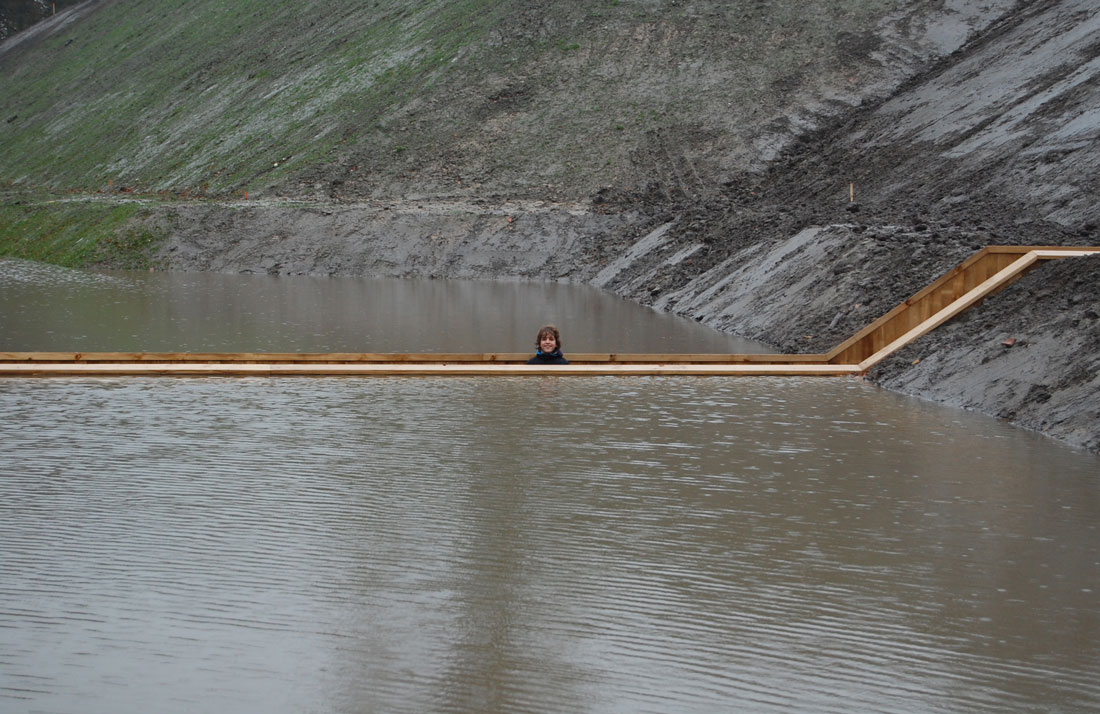 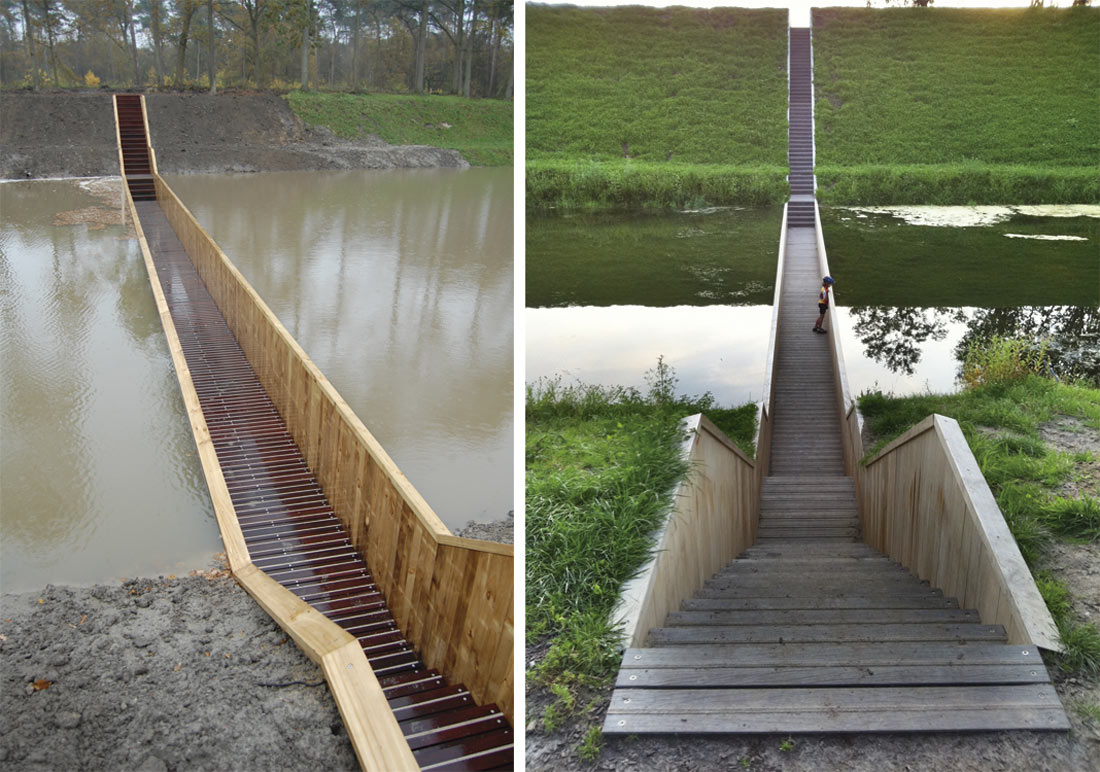 When you get closer, the fortress opens up to you through a narrow trench. You can then walk up to its gates like Moses parting the water. 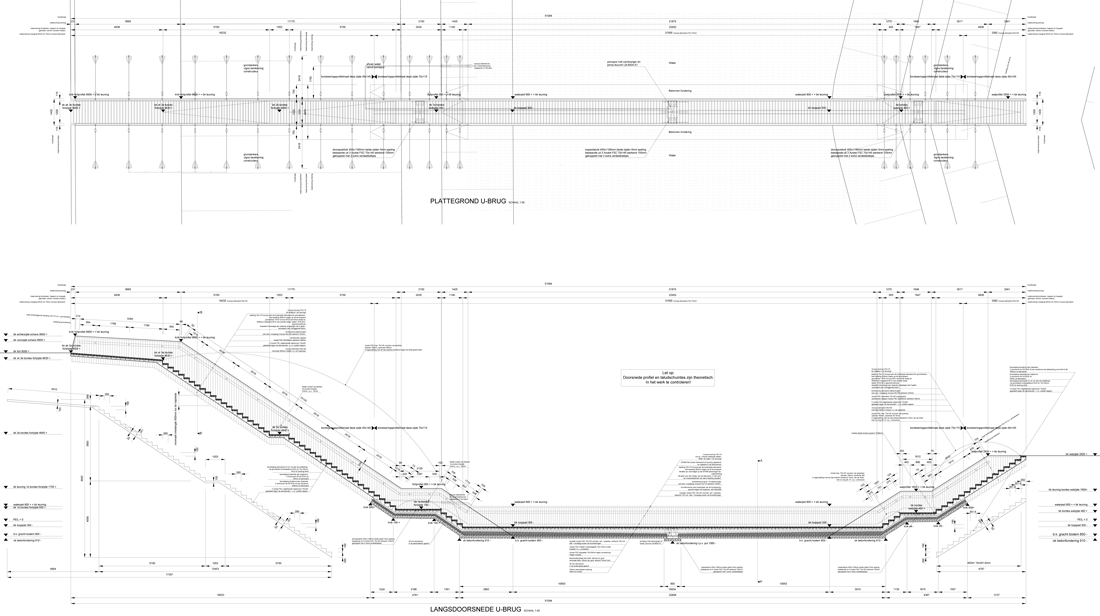