MM34: Housing in a Historical Setting

Mexico City is a historical setting with an enormous cultural and architectural heritage protected in its magical neighborhoods. Tacuba is one of them. Located northwest of downtown, this neighborhood has undergone social and urban transformations that have lasted to this day and where vestiges forged at different times can be found. At the end of the 19th century and the beginning of the 20th century, Tacuba became one of the wealthiest areas of the city with large country houses. Over time, and due to different political changes, they were abandoned and many collapsed. However, among these vestiges, the house called “Mar Mediterraneo 34” remained. 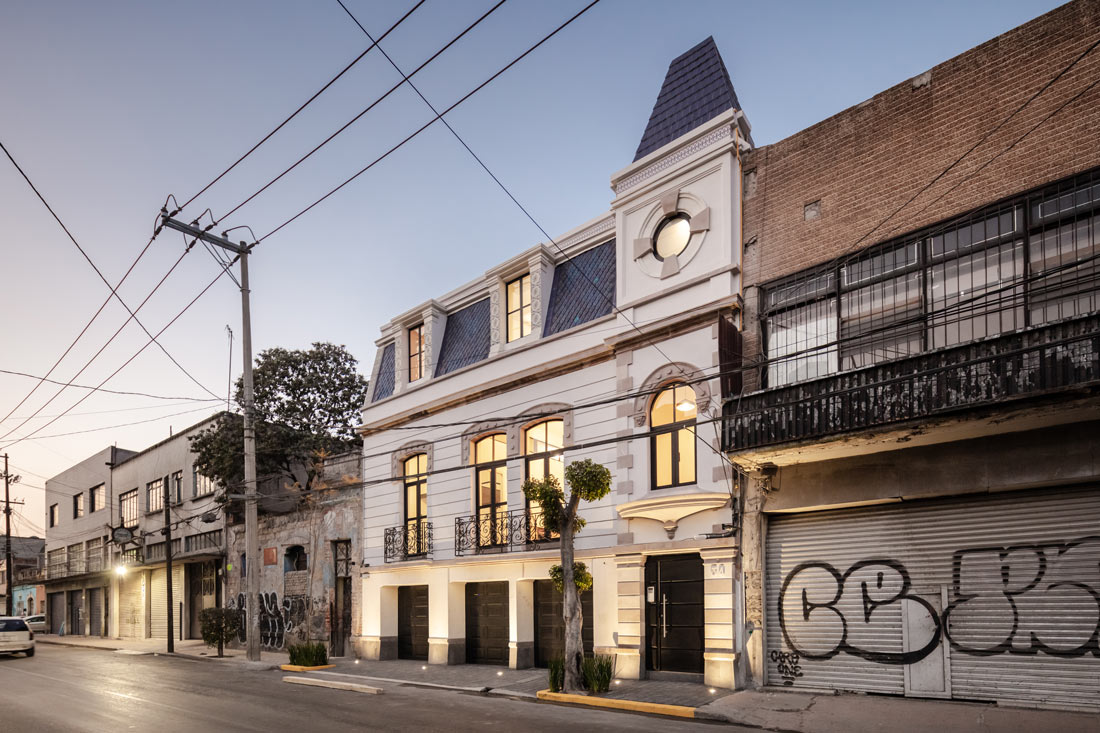 Built in 1910 in an eclectic French style belonging to the Porfiriato era, it currently holds historical value according to the National Institute of Fine Arts and the National Institute of Anthropology and History. The project started with the idea of giving a new life to the house, which was designed in two volumes: the first incorporates the main façade while the second has a view to the main patio. Both were in an advanced state of deterioration, and the second volume was in ruins. 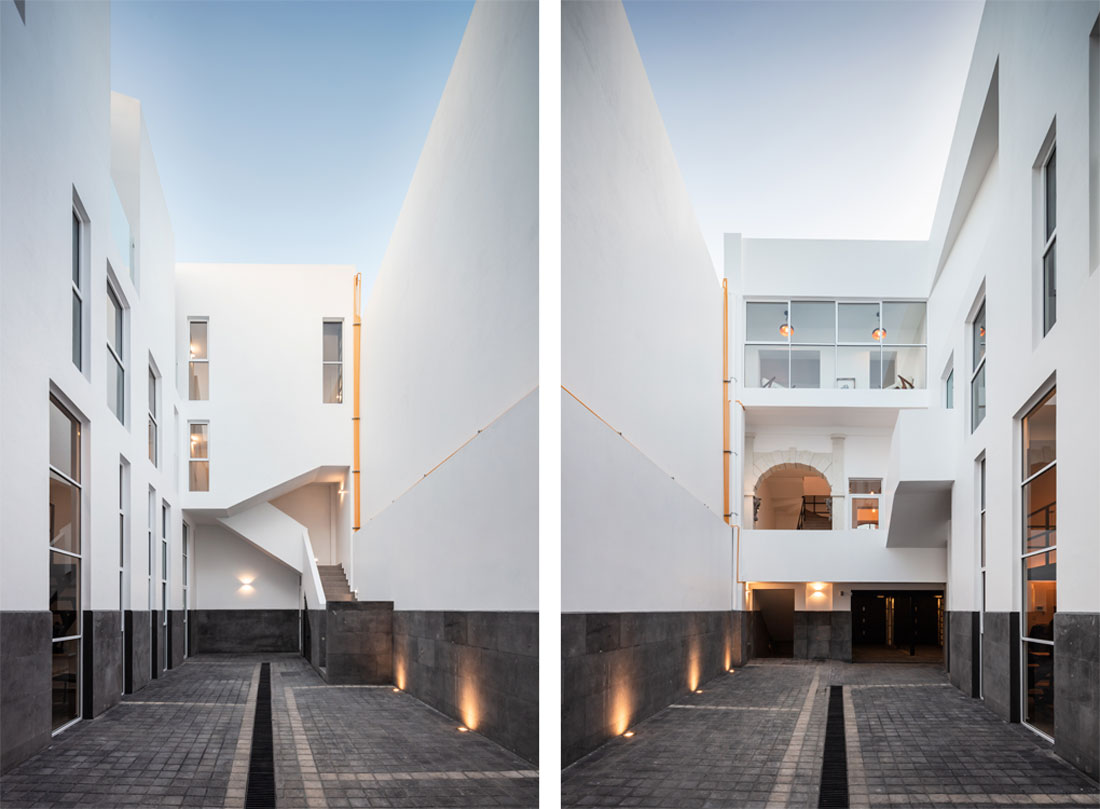 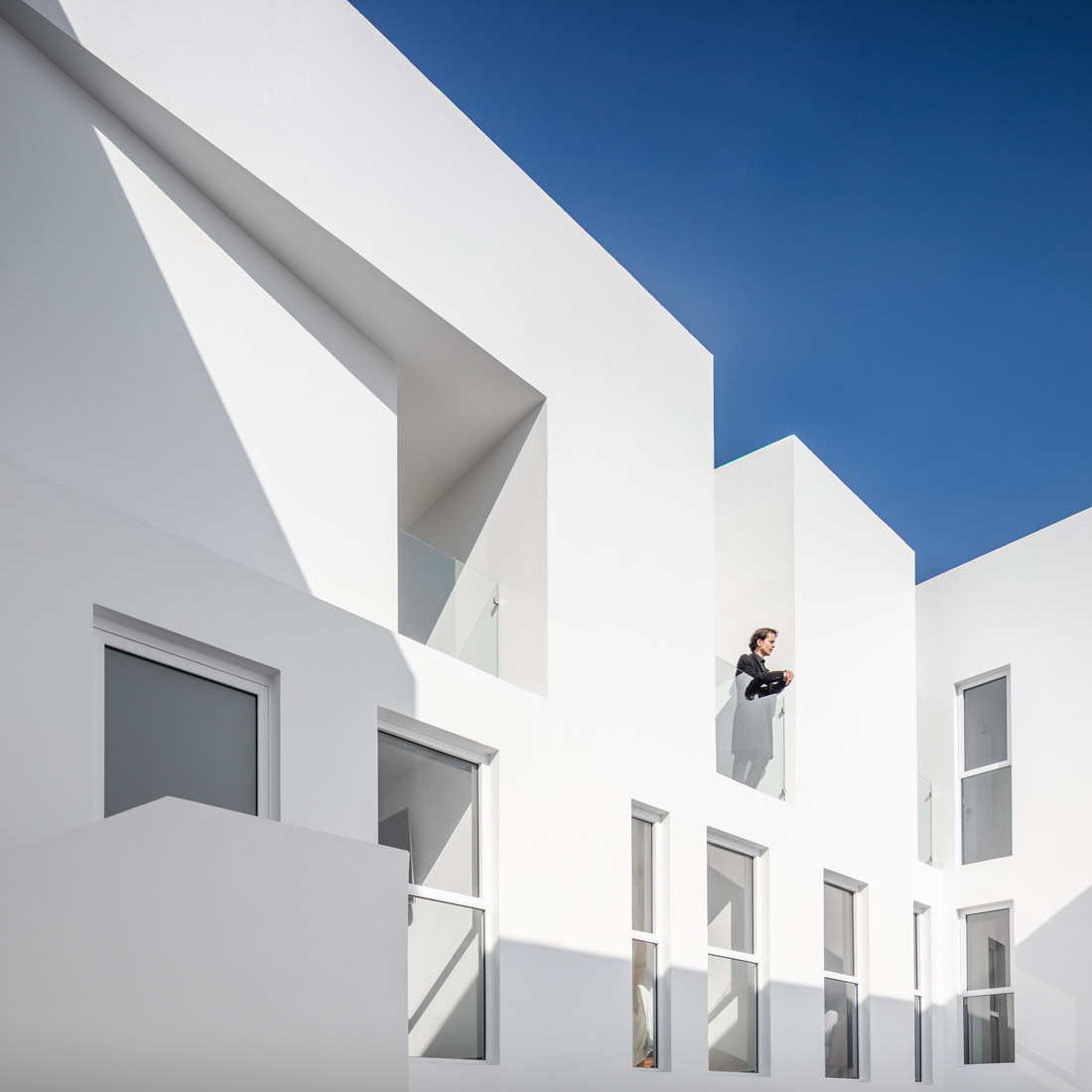 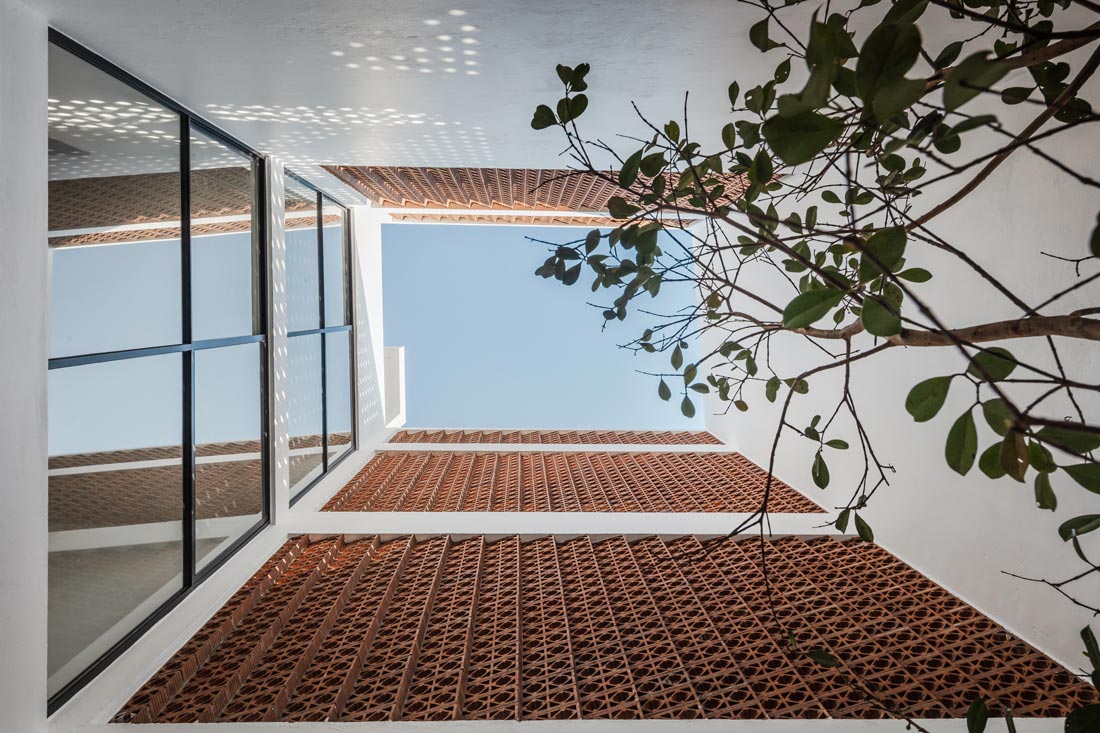 Based on these characteristics, the project includes the restoration of the original elements of the era. The spaces are regenerated with a new materiality, and the multiple artistic and artisanal elements are recovered from the main façade. They include the carved stones from the balconies and lintels, the iron railings, the large windows and the glass roof tiles, which will be refurbished to offer a new urban image. The interior is reconstructed as a reinterpretation of the past through a contemporary perspective. A volume is constructed to frame the sky in the existing main patio, portraying the layout of the old doorways as a sequence of light and shadow. These openings rise intermittently from the ground floor in double height and become a solid element of introspective architecture. 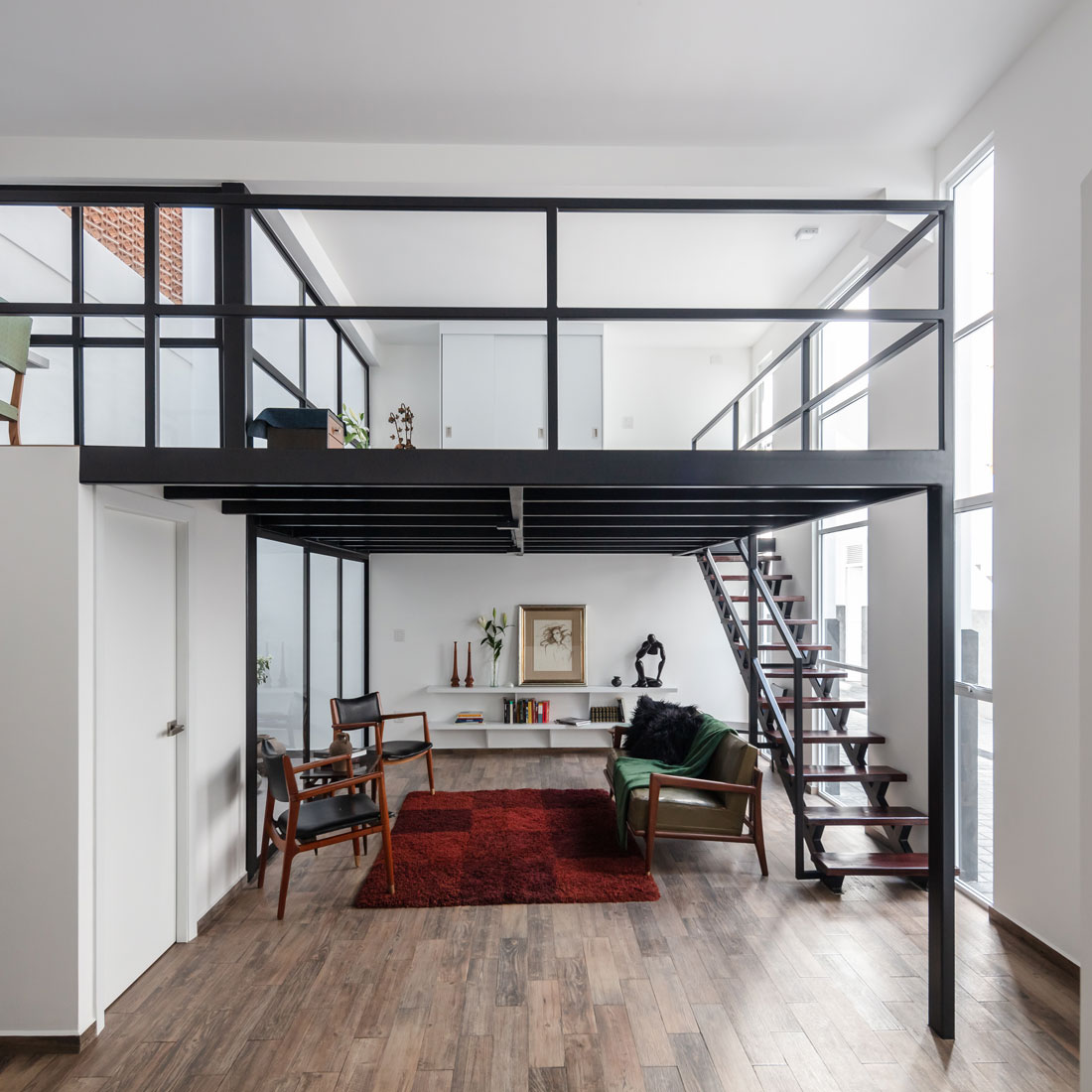 The project intends to fuse what remains and what is reborn through a linear connection between two eras. This connection is also reflected in the entrance by a volcanic stone baseboard, which surrounds the entire ground floor and functions as the foundation to support what has resurfaced. The restored house has three levels and seven apartments, which adapt to different flexible spaces (loft, studio, family apartment and penthouse). They interact through views onto the historical elements in the main patio and two smaller additional courtyards, surrounded by a series of lattices that permit the entrance of natural light. 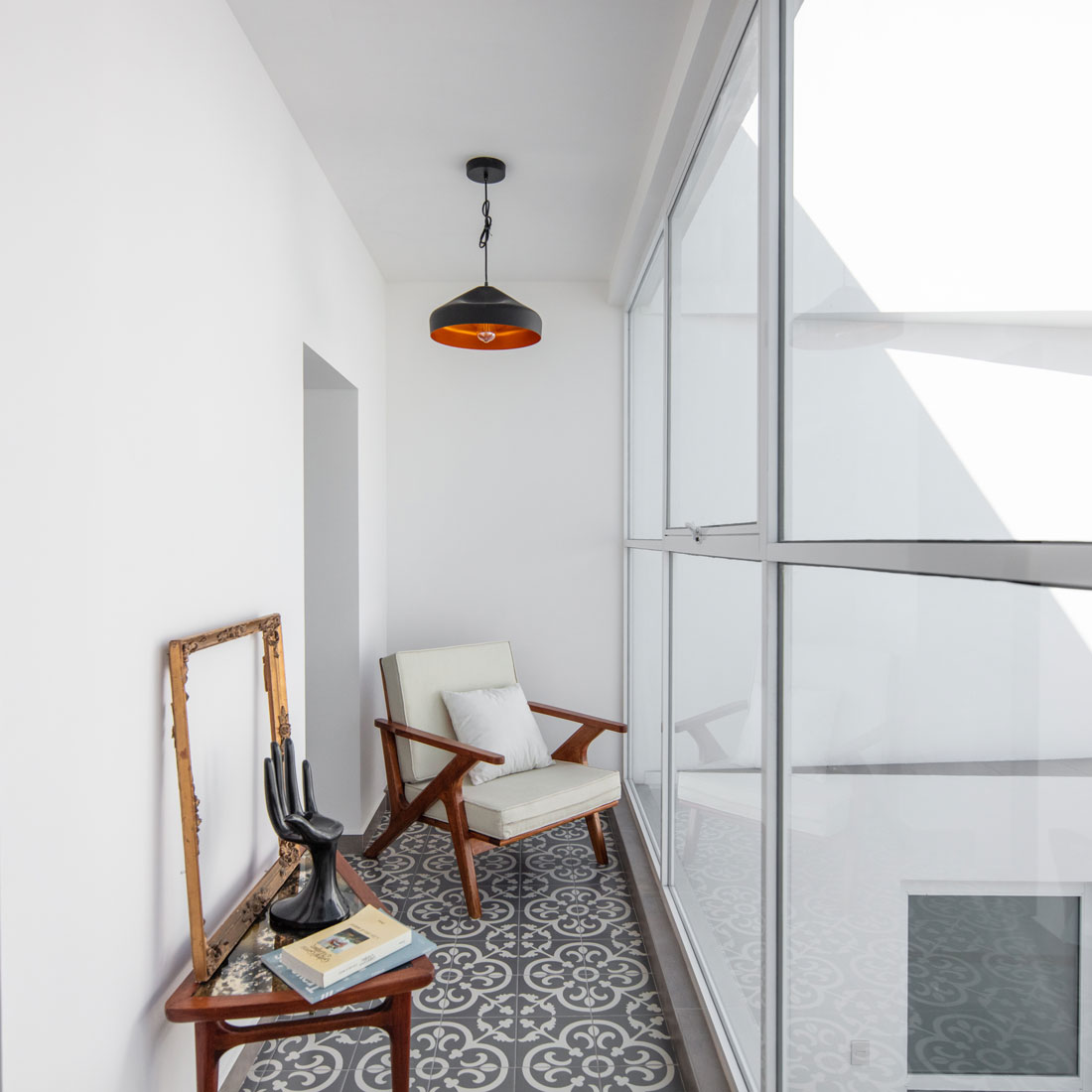 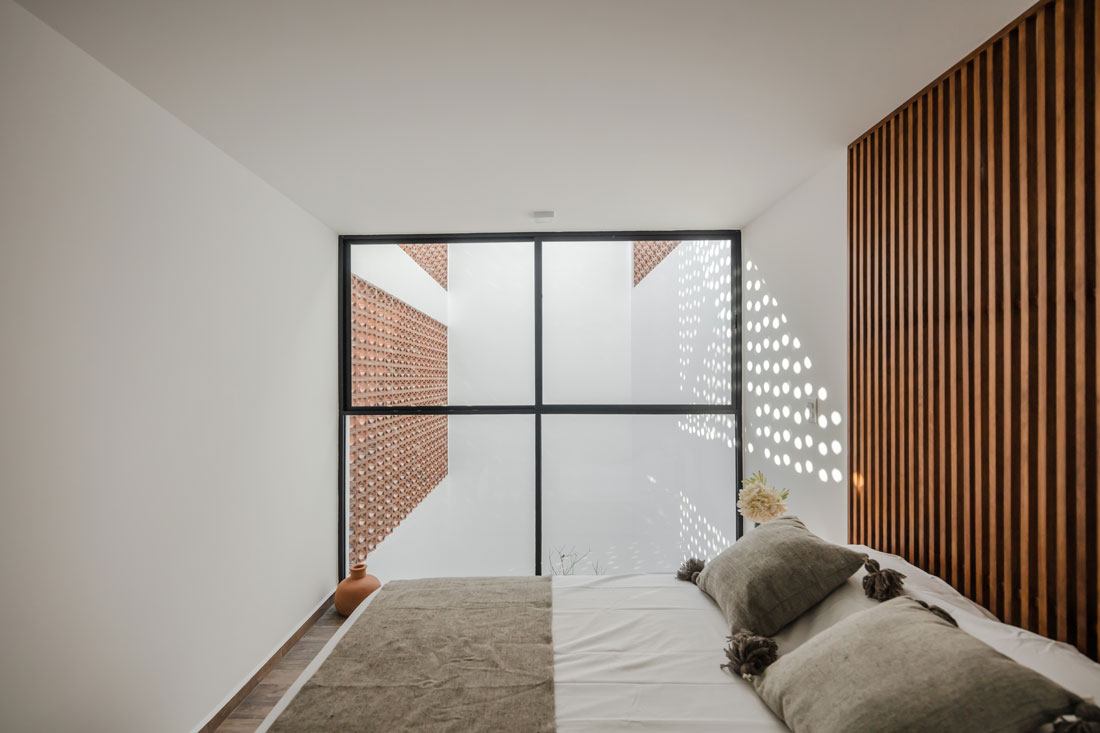 The goal of the intervention is to generate a legacy that encourages the transformation of Tacuba to enhance and rescue its heritage value by taking advantage of spaces in a sustainable way to give new life to the magical neighborhood.