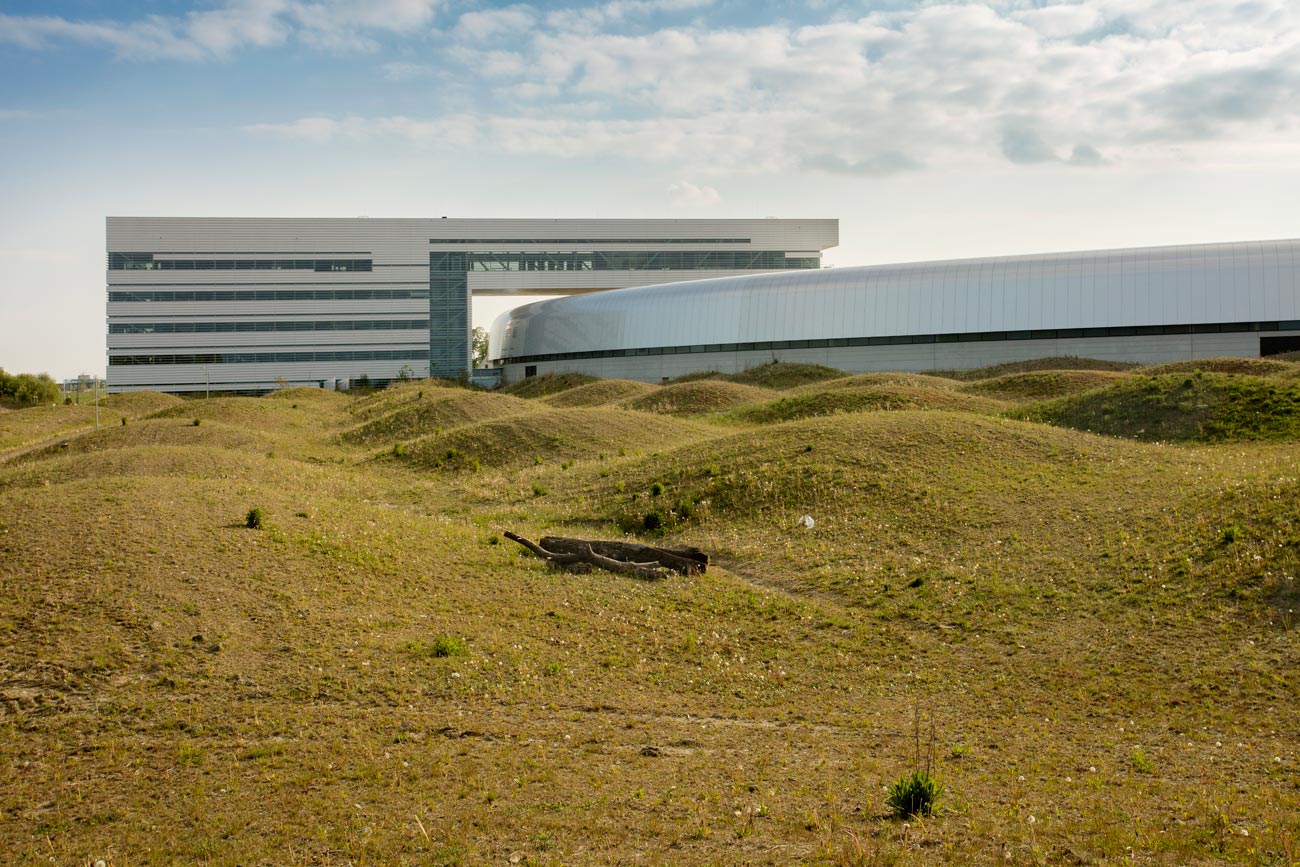 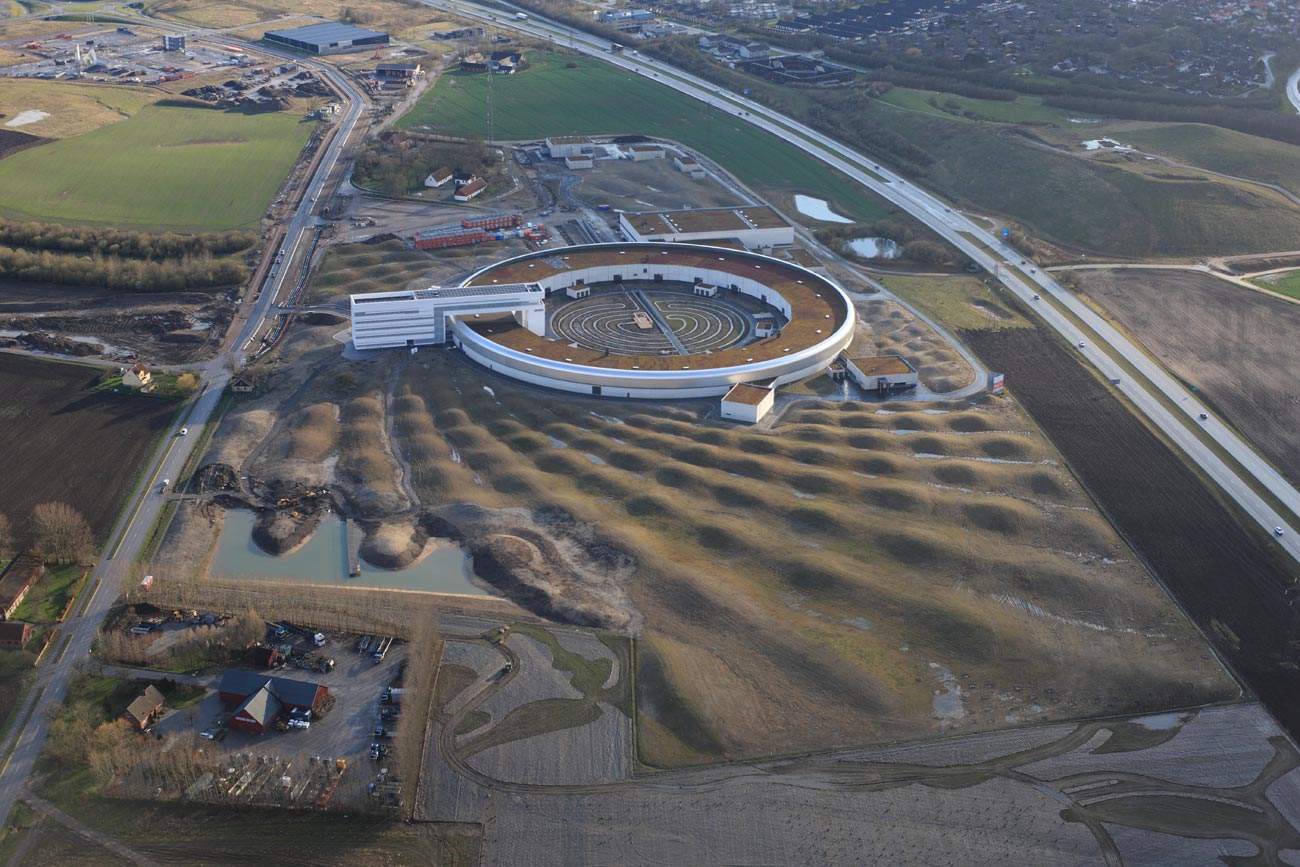 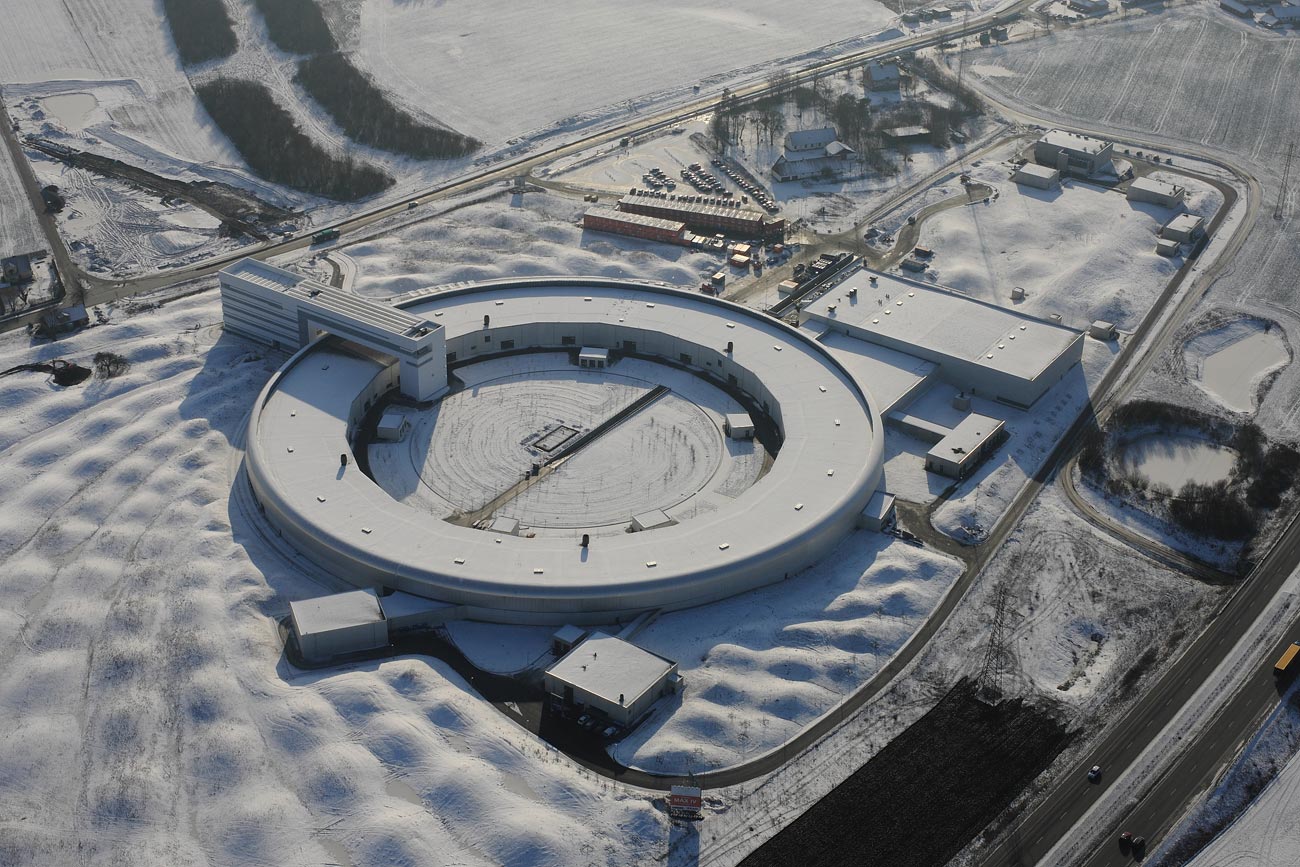 MAX IV is a national laboratory operated jointly by the Swedish Research Council and Lund University. The synchrotron facility was created by FOJAB architects, and Snøhetta designed the 19-hectare landscape park. MAX IV was officially opened on June 21, 2016.

The landscape design is based on a set of unique parameters to support the performance of the laboratory’s research, including measures such as mitigating ground vibrations from nearby highways, storm water management, and meeting the city’s ambitious sustainability goals.

The MAX IV is the first part of a larger transformation of the area northeast of Lund aiming to turn agricultural land into a ‘Science City’. The creation of a new public park rather than a fenced-in introverted research center makes a difference in the public realm. The MAX IV site is a green site, and the image of the meadow vegetation on sloping hills as a recreational area is setting a new standard for outdoor areas at research facilities. 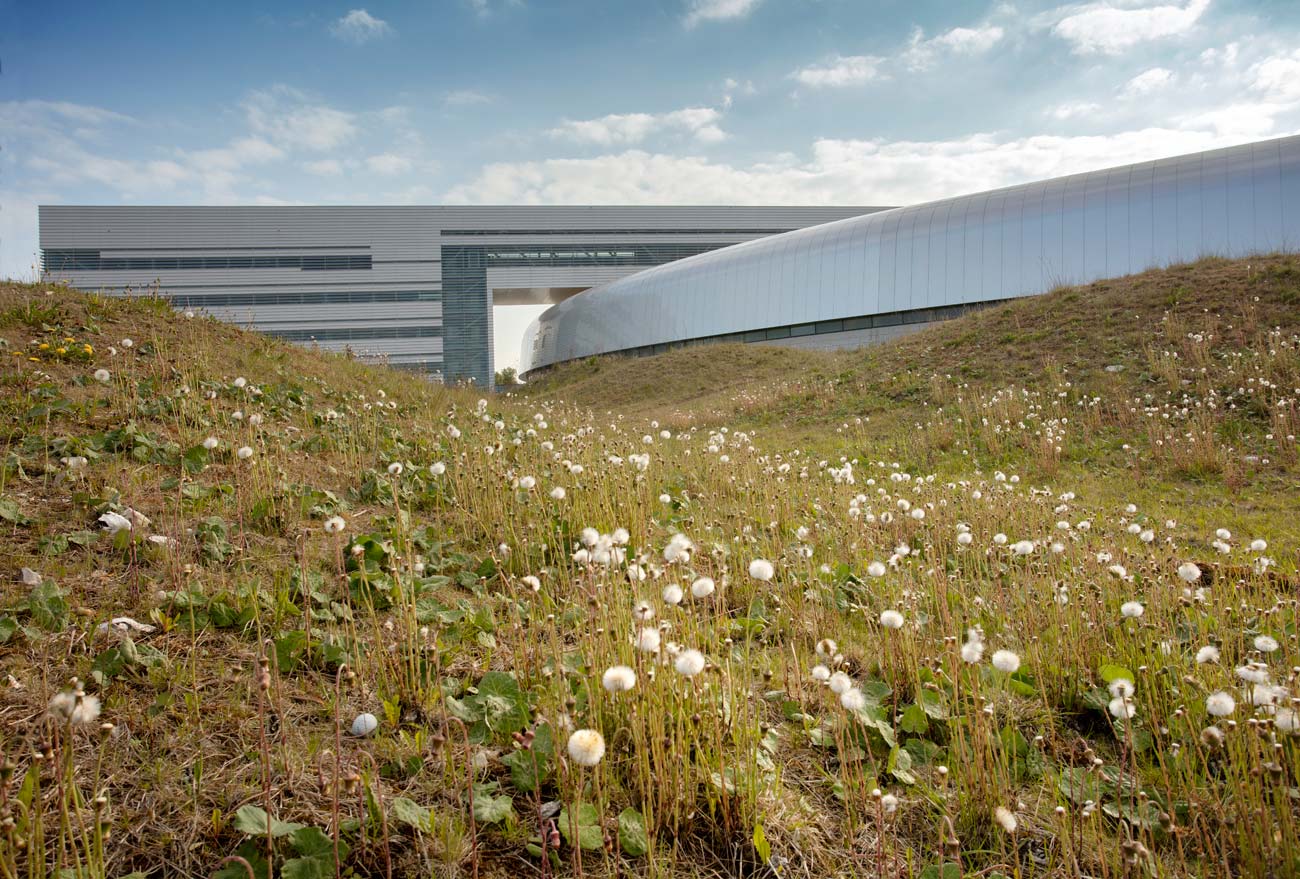 The development of the landscape architecture design is based on four important criteria:

Testing led by researchers and engineers revealed that traffic on the neighboring highway (E22) was causing ground vibrations that could influence the experiments in the laboratories. By creating slopes and a more chaotic surface, the amount of ground vibrations has been reduced. 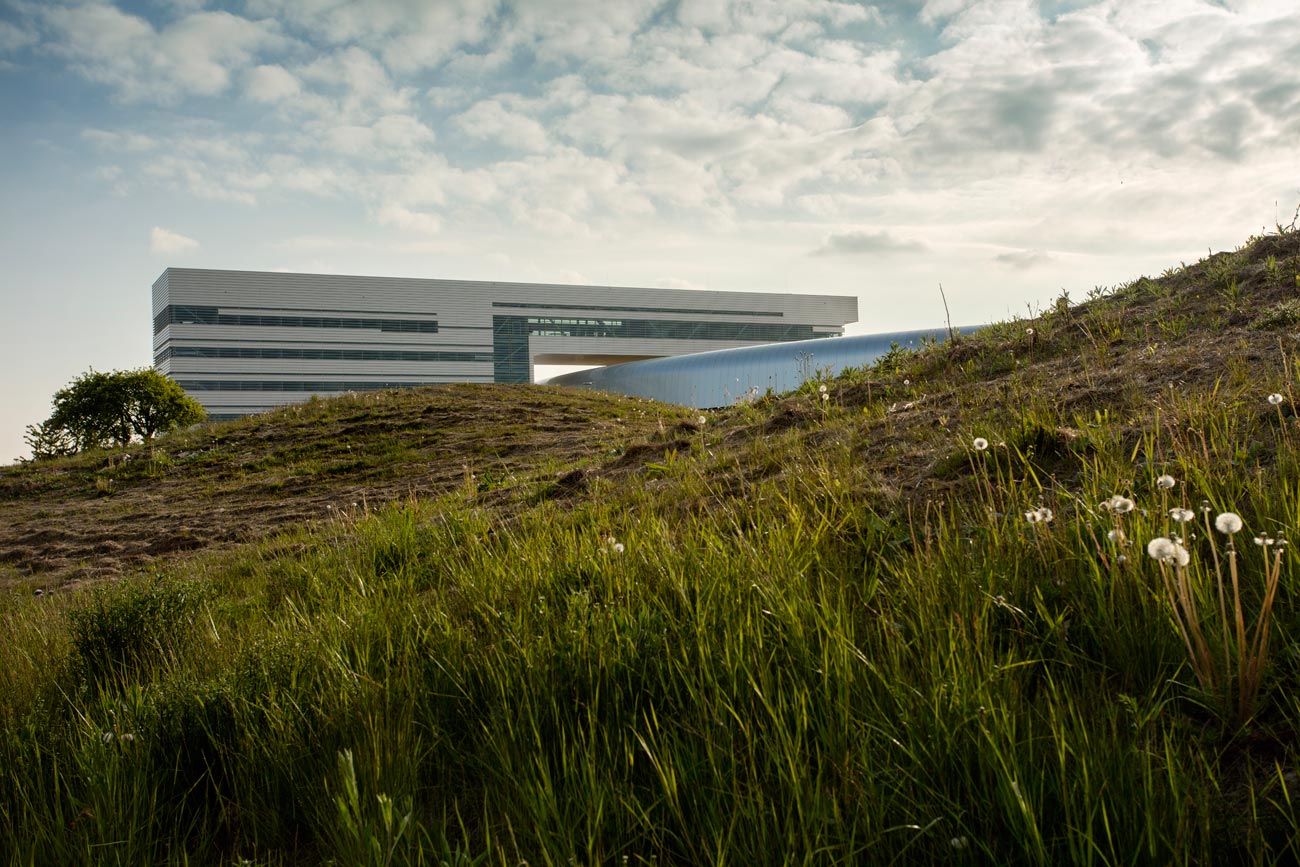 With focus on optimizing reuse of the excavated masses on site, a cut and fill strategy was employed. This secured the option of reverting the land to agricultural use when the synchrotron is no longer on site. By uploading the digital 3D model directly into the GPS-controlled bulldozers, we were able to relocate the masses to their final position in one operation, and no masses were transported off site.

The Lund city planning department restricts the amount of water permitted to run into the city’s pipelines, as well as regulating water management inside the site’s boundaries. Dry and wet ponds are therefore designed for both the 1-year and the 100-year storm water. 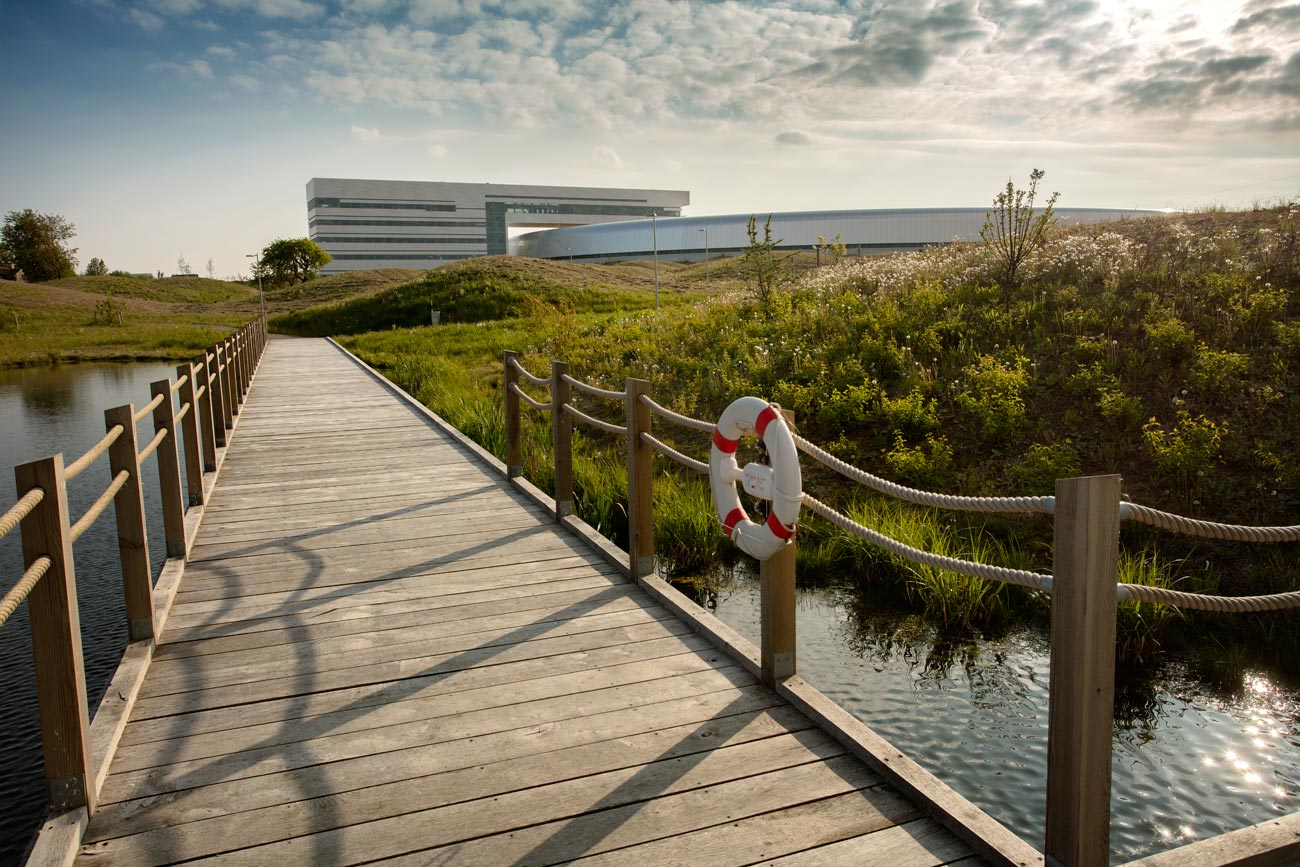 The discovery of the nearby natural reserve area at Kungsmarken made it possible to use a selection of natural species by harvesting hay and spreading it on the new, hilly landscape. The maintenance strategy includes a combination of grazing sheep and conventional machines suitable for meadow-land.

The main shape of the building, which contains the laboratory and the storage rings, is generated from a simple cylinder shape. The circle is twisted and raised which results in the creation of a dynamic shape based on a Möbius strip – but in this case, more than a strip it is an actual volume.

On the MAX IV Lab site, ground vibrations are commonly created by wavelengths between 10 to 40 m in height and they follow the surface of the ground. The flatter the landscape, the more likely these vibrations will interfere with the scientific experiments in the laboratories. This knowledge initiated a distribution of numerous mounds to create a desired uneven topography, leading to a bold pattern, while managing water run-off and mass balance on site.

3D-modelling proved crucial for several reasons. The design layout was established by extracting the nature of vibrations into rational values inserted into a generic model (Grasshopper; a Rhino plug-in). In plan, intersecting tangents radiating from the major storage ring form the first basis of the wave pattern. These align with the positions of potential future laboratories, and the starting points were defined by 10 to 40 m vibration wavelengths and a 4.5 m amplitude. The Dynamics group stressed the fact that the more chaotic the combinations of waves were, the better. 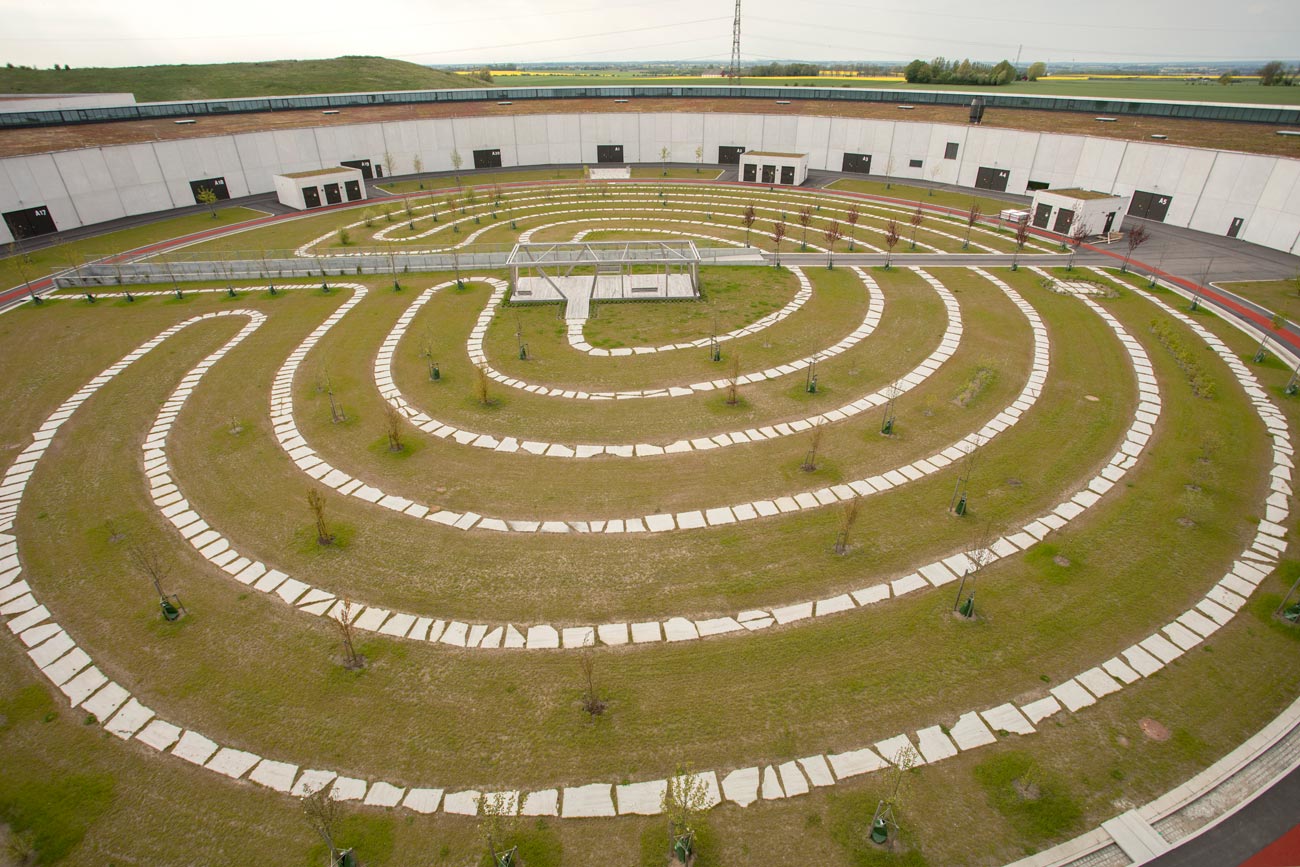 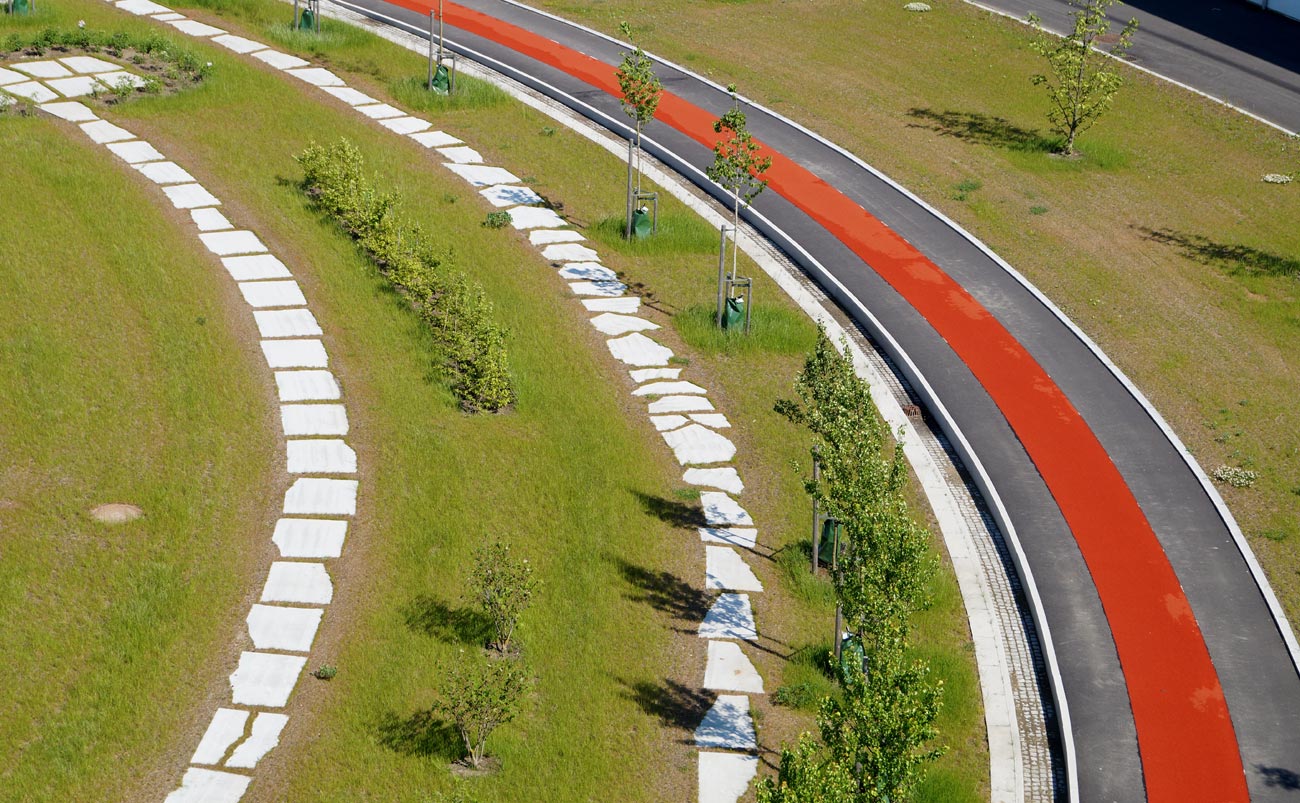 A second set of waves was established from a spiral movement centered on the storage ring merging with the site boundary. Our digital model allowed for continuous testing of the pattern’s effect on mitigating the ground vibrations.

The shift from advanced geometry to fabrication is still one of the largest challenges we face in design today. For MAX IV, the process was like having a giant 3D printer producing the project on a 1:1 scale. The high-tech research facility, together with the low-tech meadowland, creates the iconic image of the waves that protect the research facility from the vibrations. The digital model gets a final analog interpretation through the hand of the machine operator and native meadow grasses maintained by sheep to tell a fun and functional story of this research laboratory. 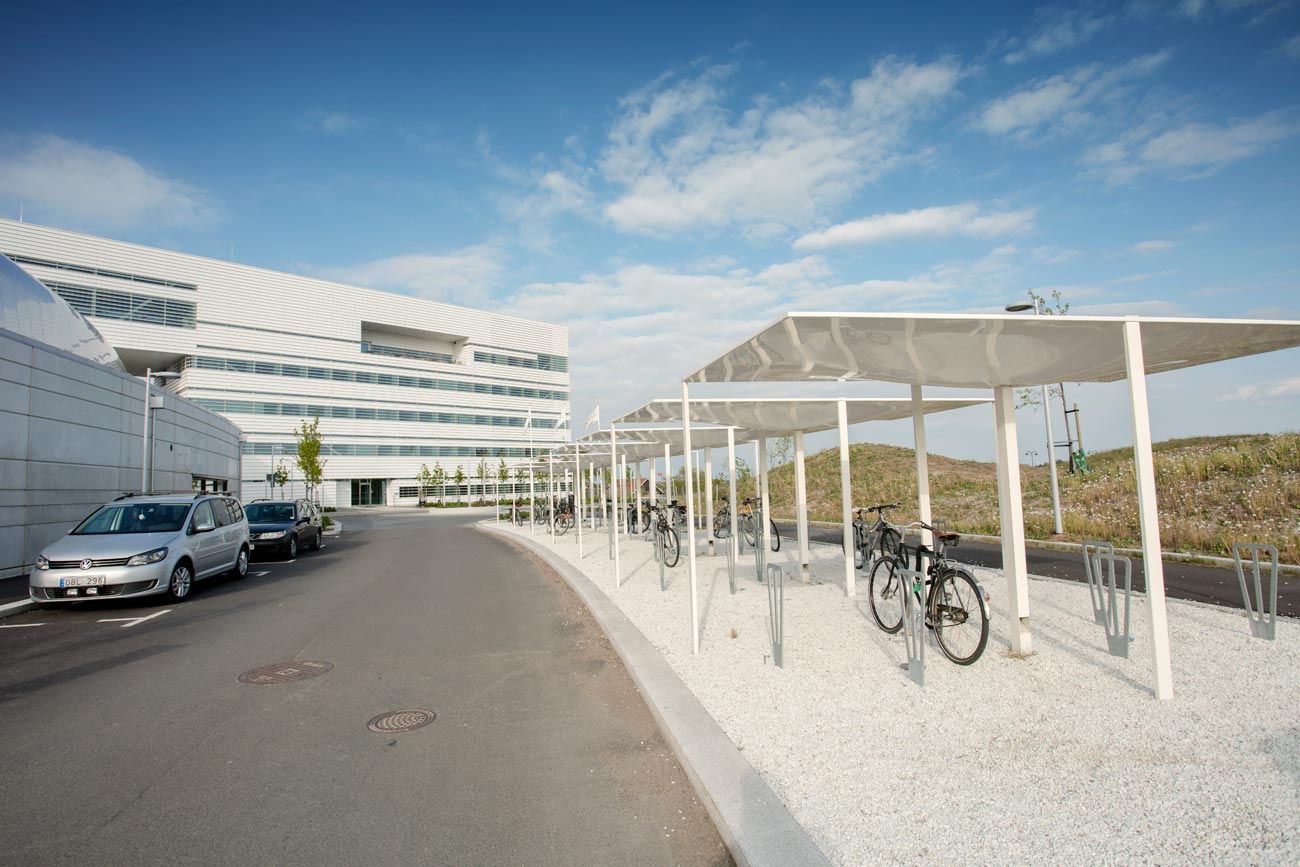