On a tree-lined street in Marly-le-Roi, a small community very close to Paris where high fences traditionally isolate each house and its garden, there is a house which reaches out to its neighbors creating a feeling of urbanity that was lacking in these parts. Because urban regulations do not allow one house to open onto another to achieve the effect of openness, this house is moved forward on its lot to open widely onto the street. A perforated galvanized-steel fence allows passers-by to look in at the garden, which actually runs under the house, which seems to levitate on its plot. It is also an invitation to enter: the entrance in on this underground level beneath the house, where the firewood is stored and the car is parked. The layout of the ground floor is characterized by the fluidity of its three spaces organized around the central fireplace, which takes care of all the heating for this passive house. The kitchen and an intimate living room are located on either side of the carved staircase made from a single piece of prefabricated steel, while two steps higher a living room opens onto a vast terrace with a cantilever over the street. This house blurs the boundaries between private and public to the benefit of user-friendly rooms that also open onto the outside. 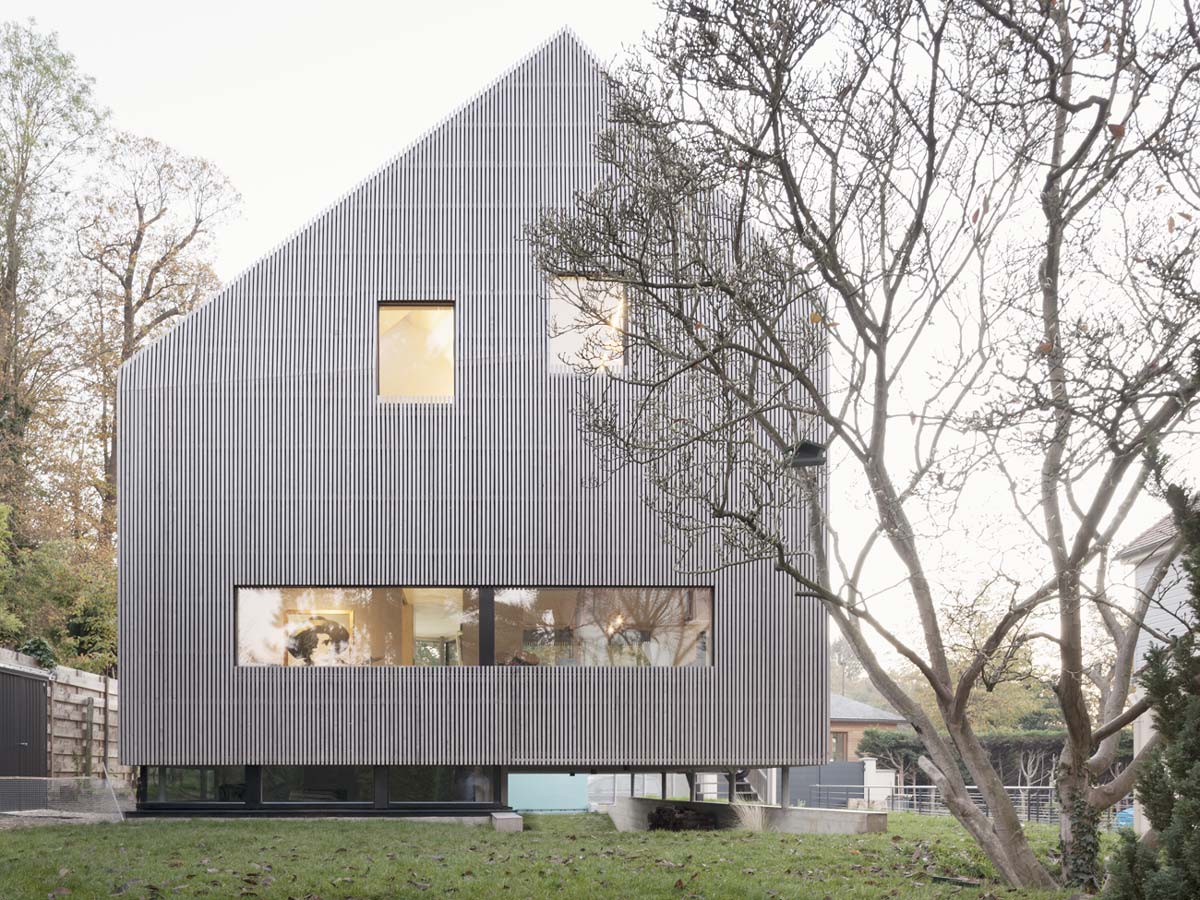 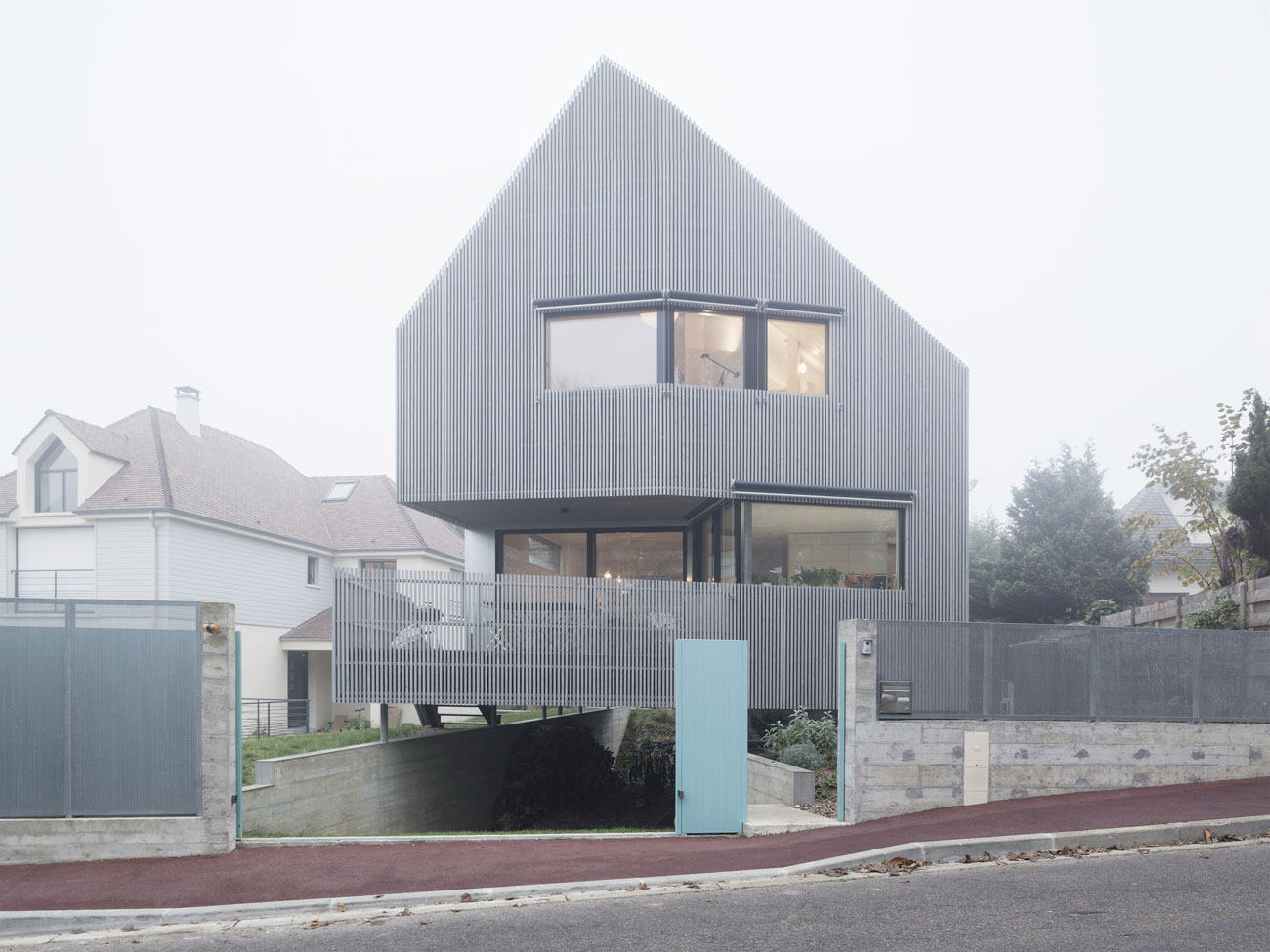 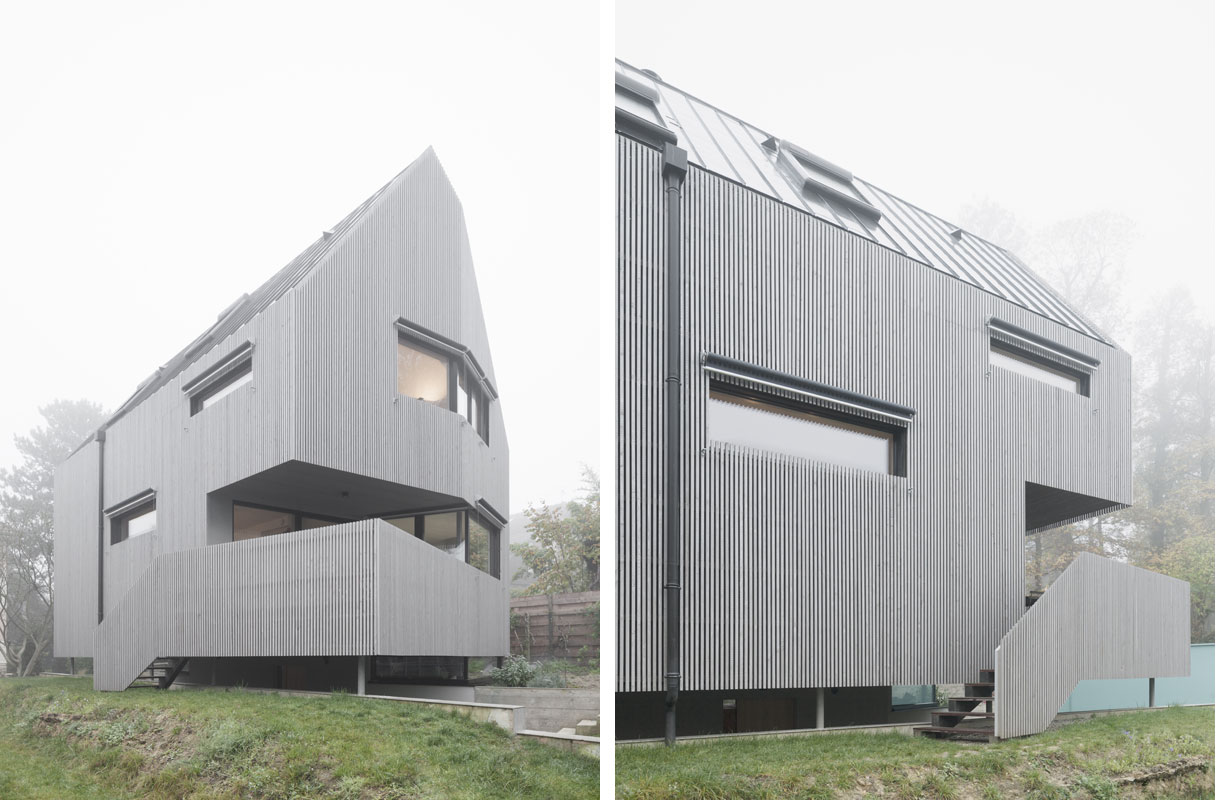 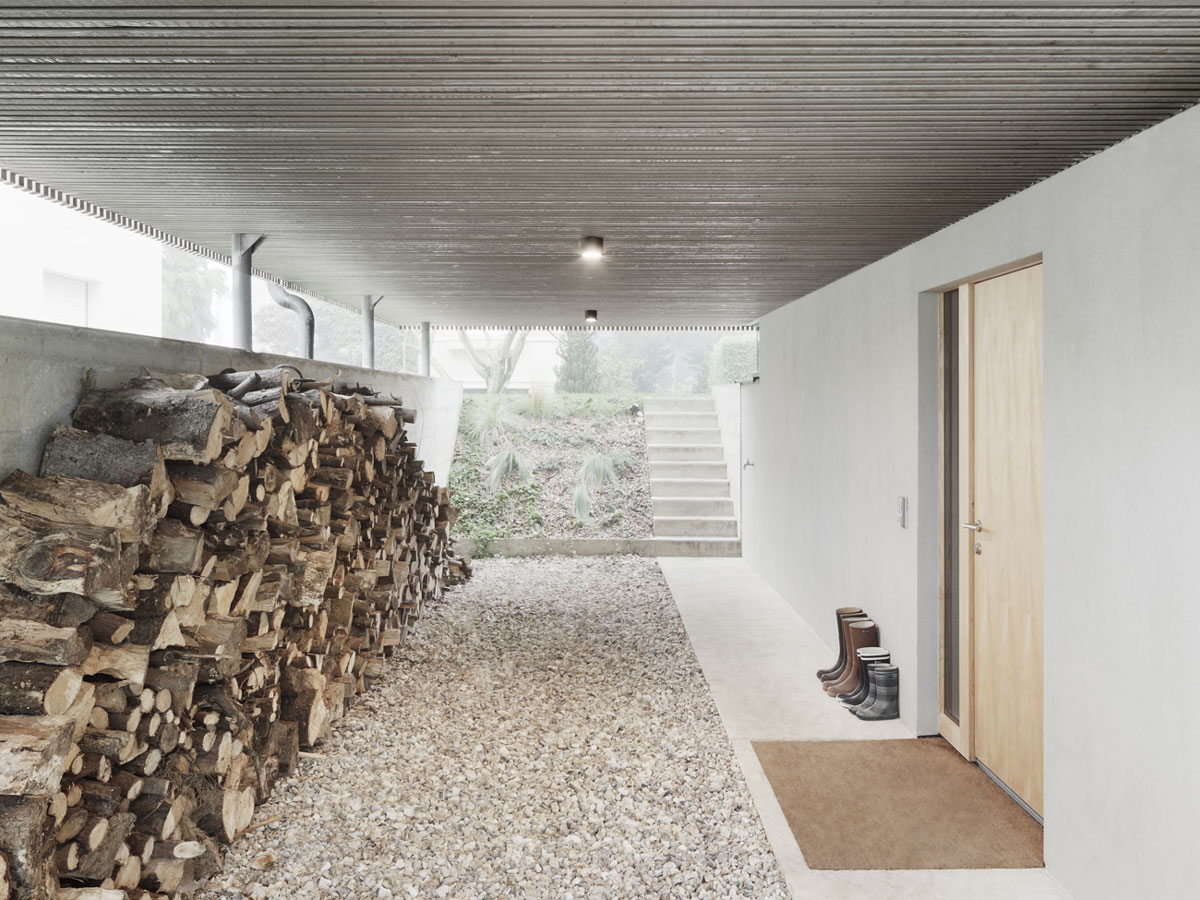 The privacy of the inhabitants is maintained in the upper level rooms by high windows, which direct the view skywards. Throughout the house raw materials (steel and concrete) are left exposed, creating a sense of authenticity for this 145 m2 solid wood CLT prefabricated house. Everything is a pretext for awakening the curiosity of passers-by. The pre-grayed larch cladding envelops the whole house right up to the rafts, thanks to the absence of covers, along the fold of the main façade, which opens up to provide views towards the garden . The house really does seem to have achieved the lofty dream it was pursuing with such clarity. 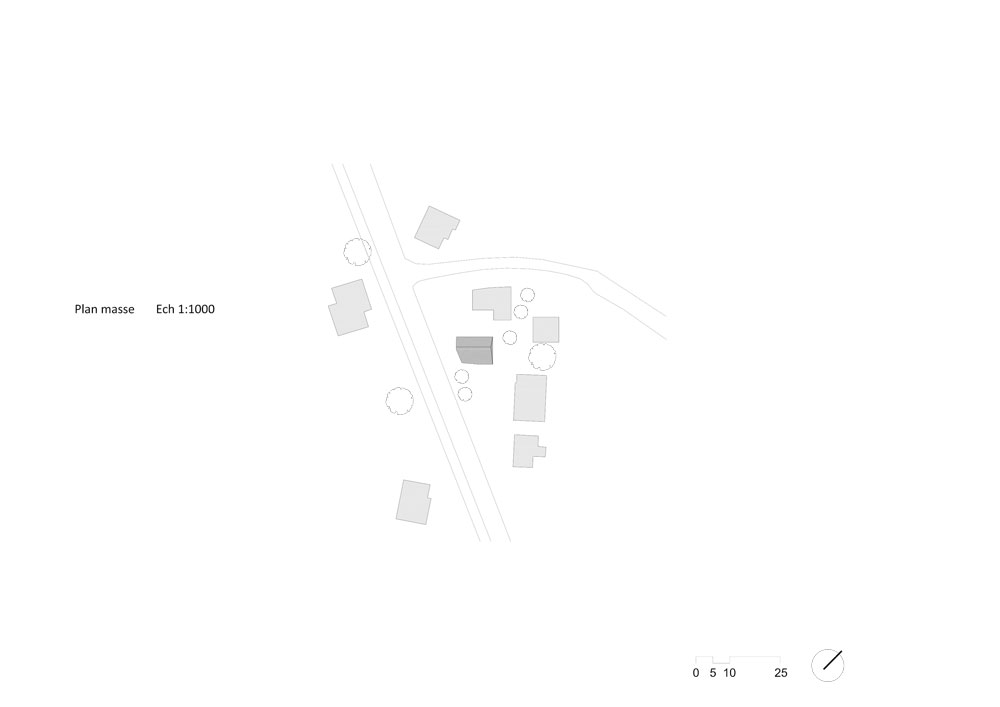 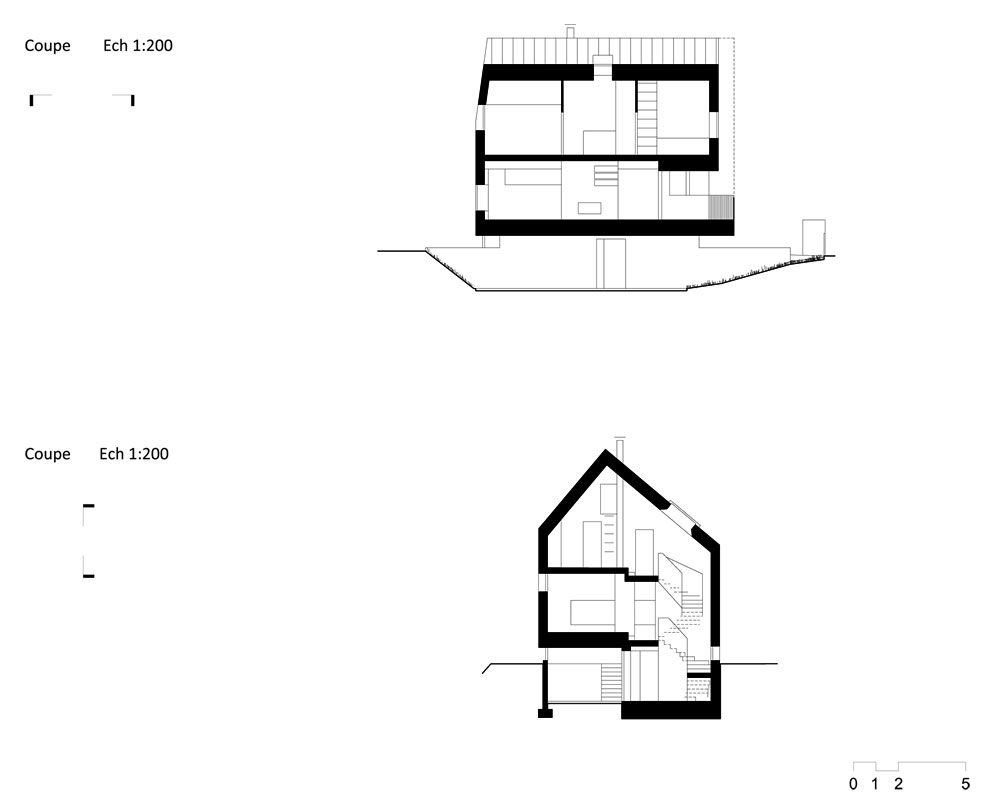 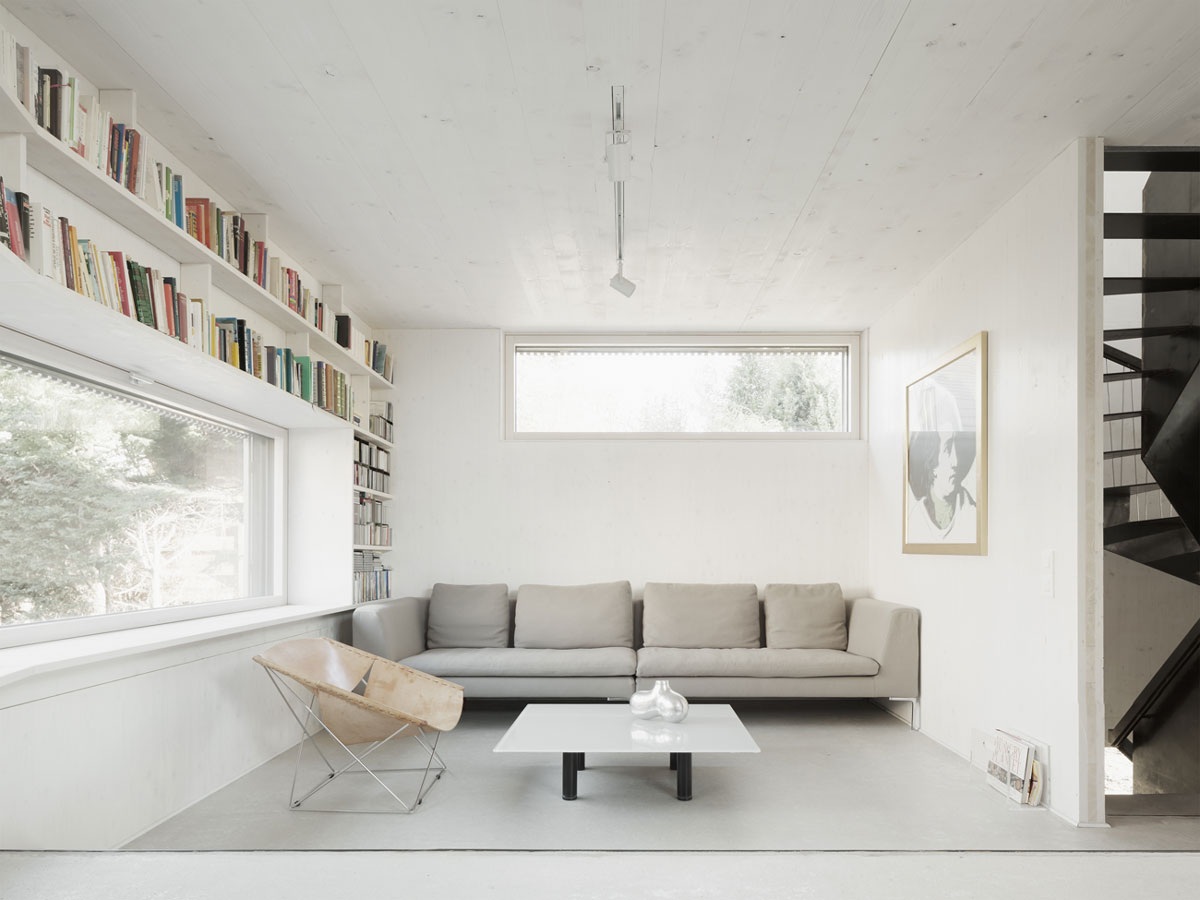 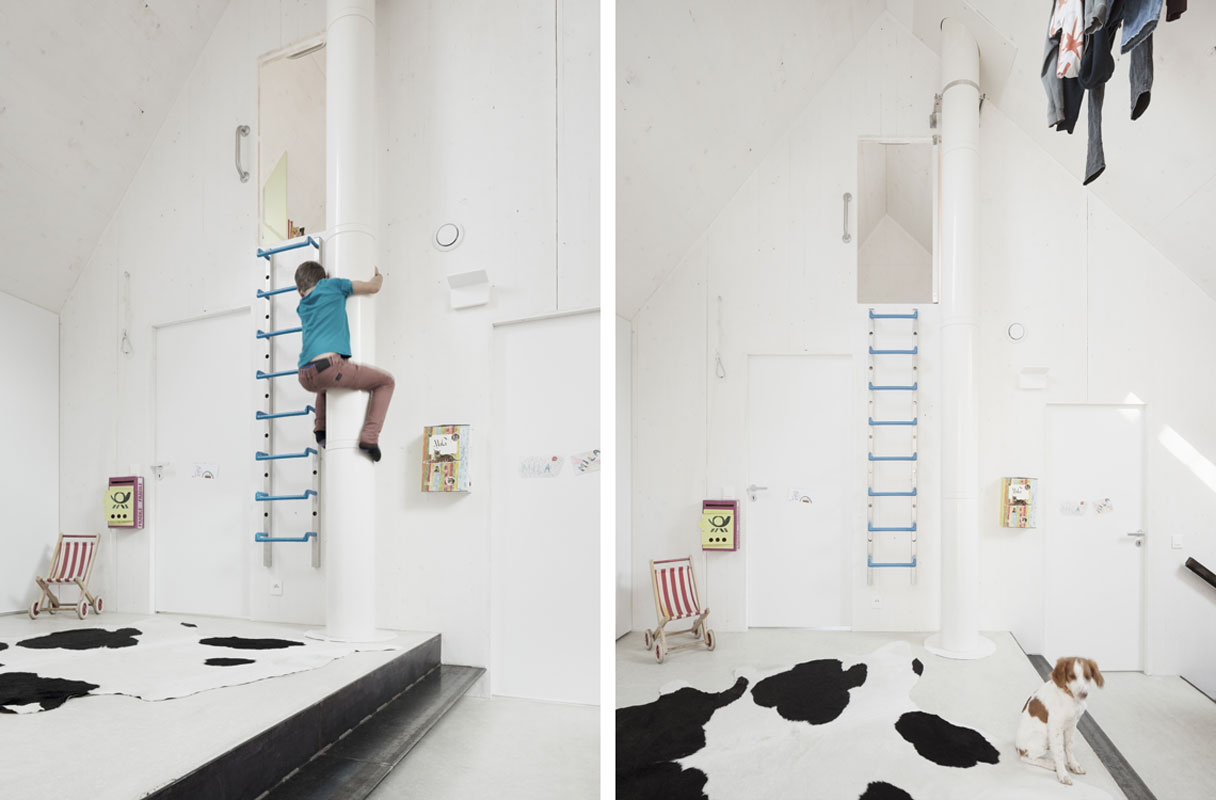 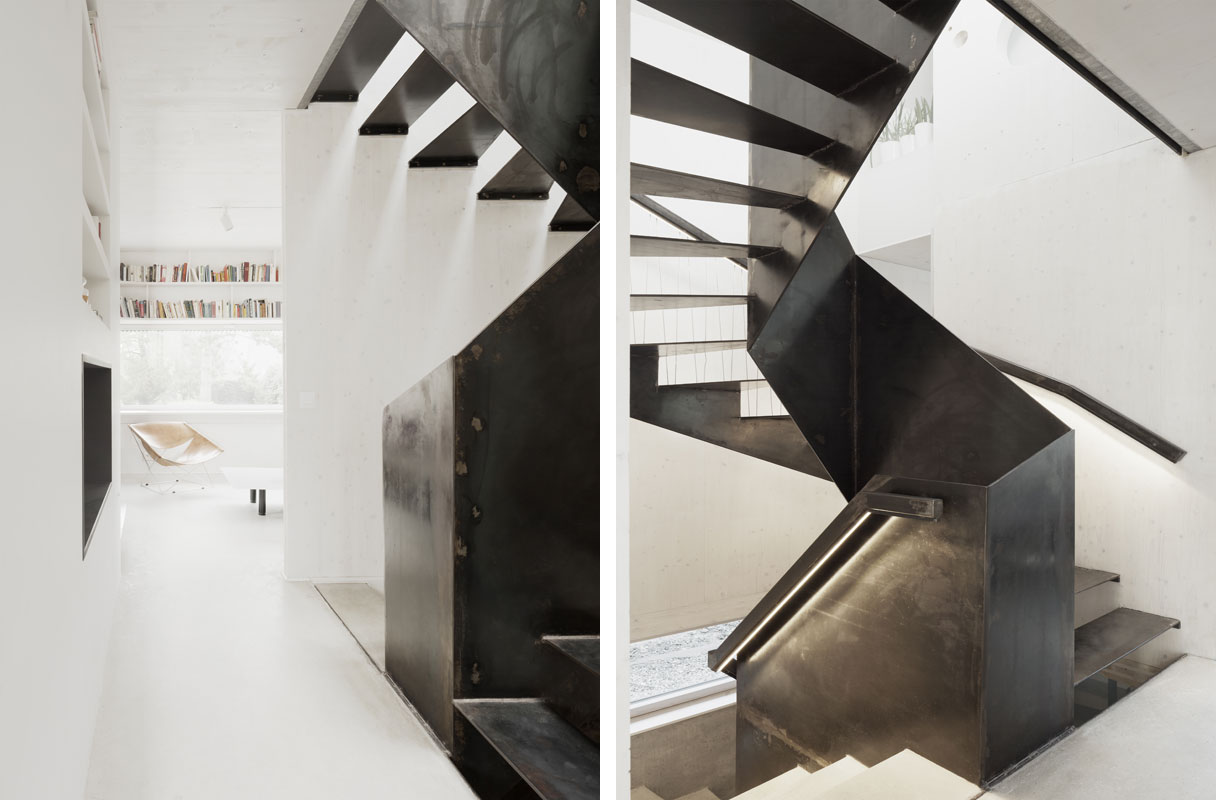 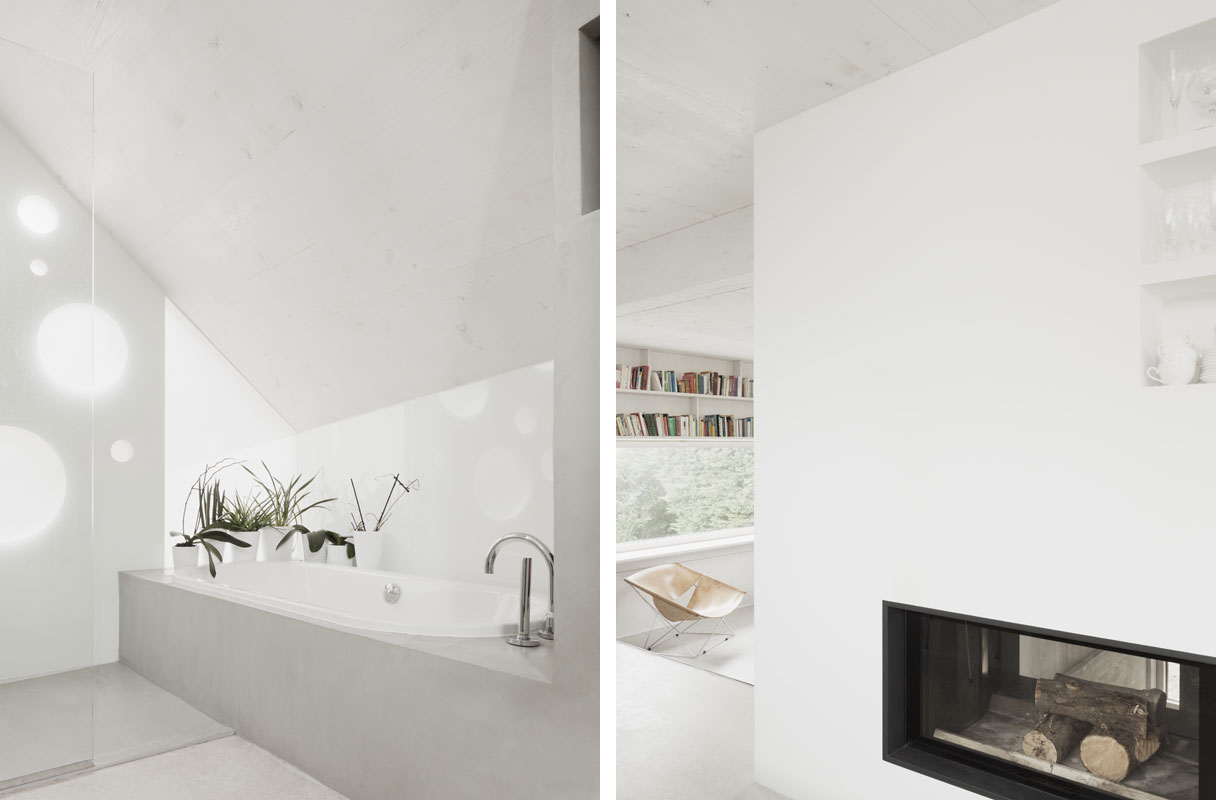