Mazatlán is a city on the Pacific Coast that maintains high temperatures and humidity for much of the year. It invites us to think about an architecture that has to address climate and consider the high degree of salinity of the site. The strategy for this school should aim to both minimize the impact of heat in the classroom – without losing natural illumination and a relationship to the outside – as well as the use of materials and building systems that would resist corrosion. 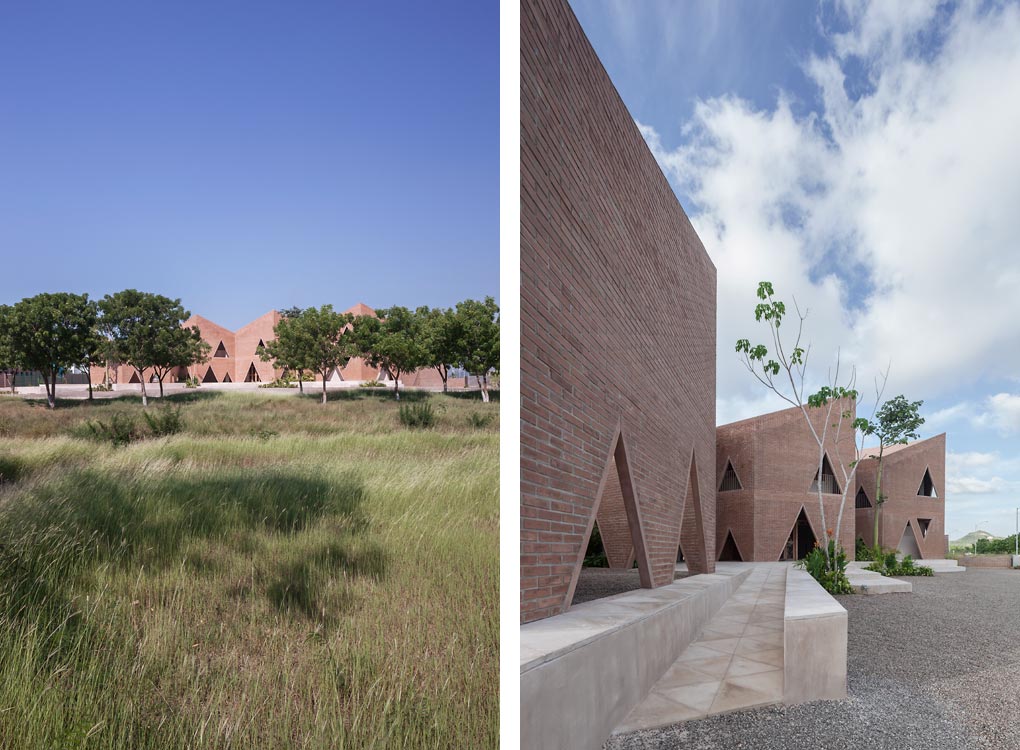 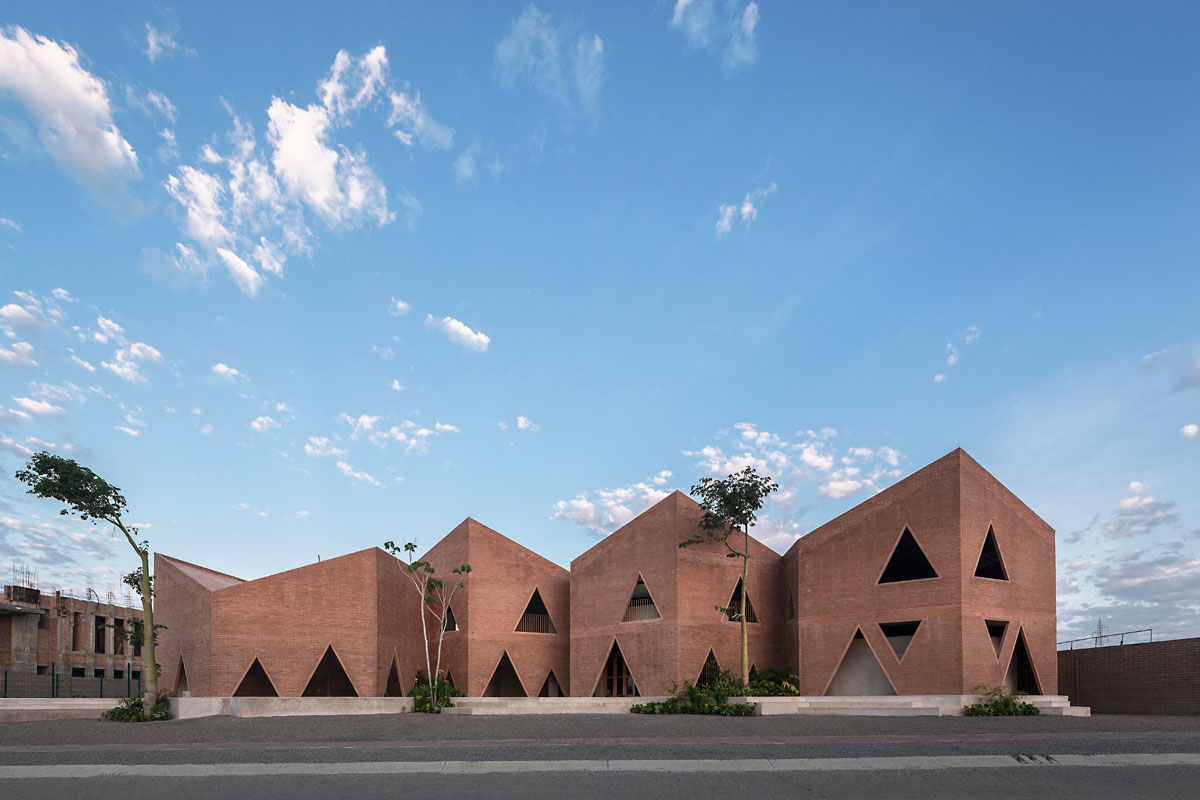 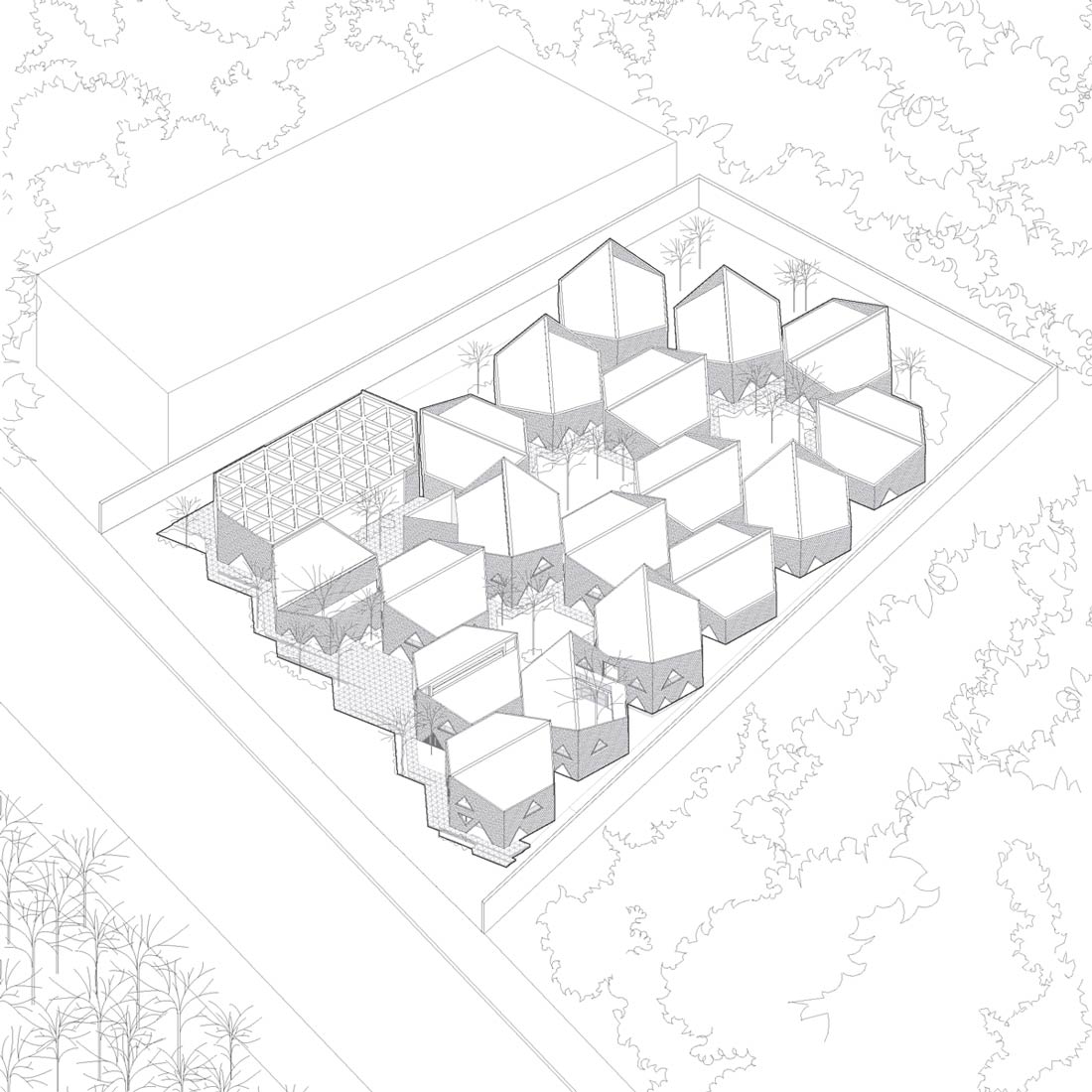 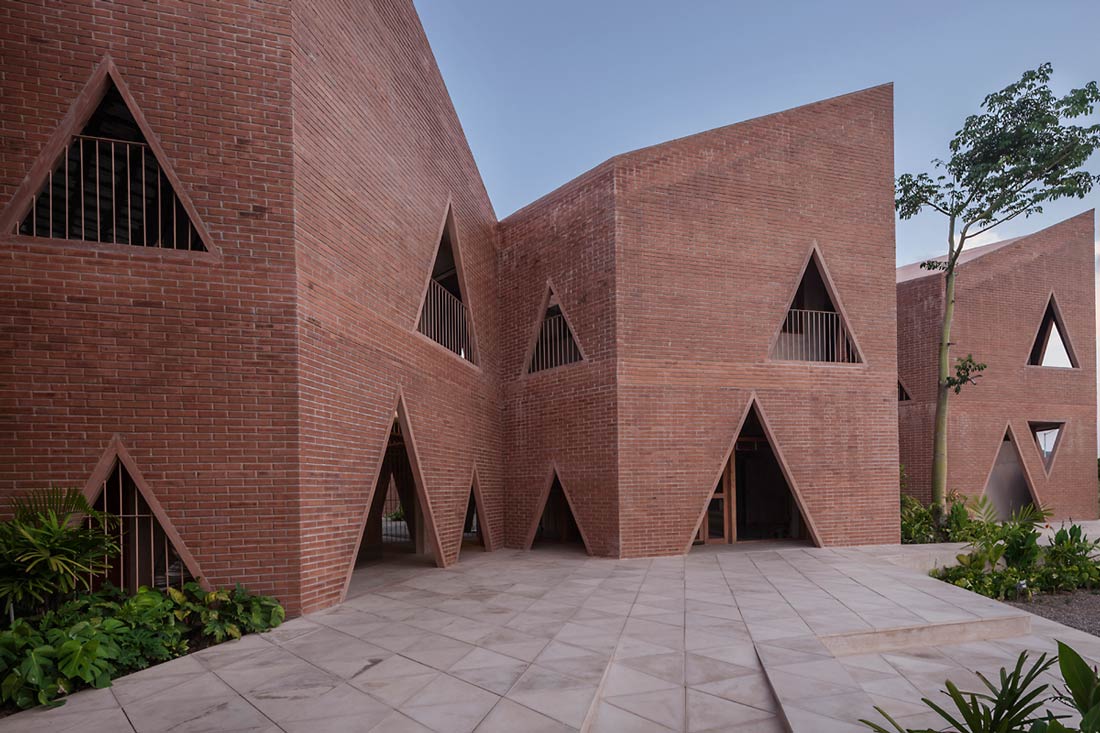 Since the project sits on a plot with one façade facing the city, that provides the conditions to develop an interior controlled landscape: like a children’s village that mainly opens onto its own patios. 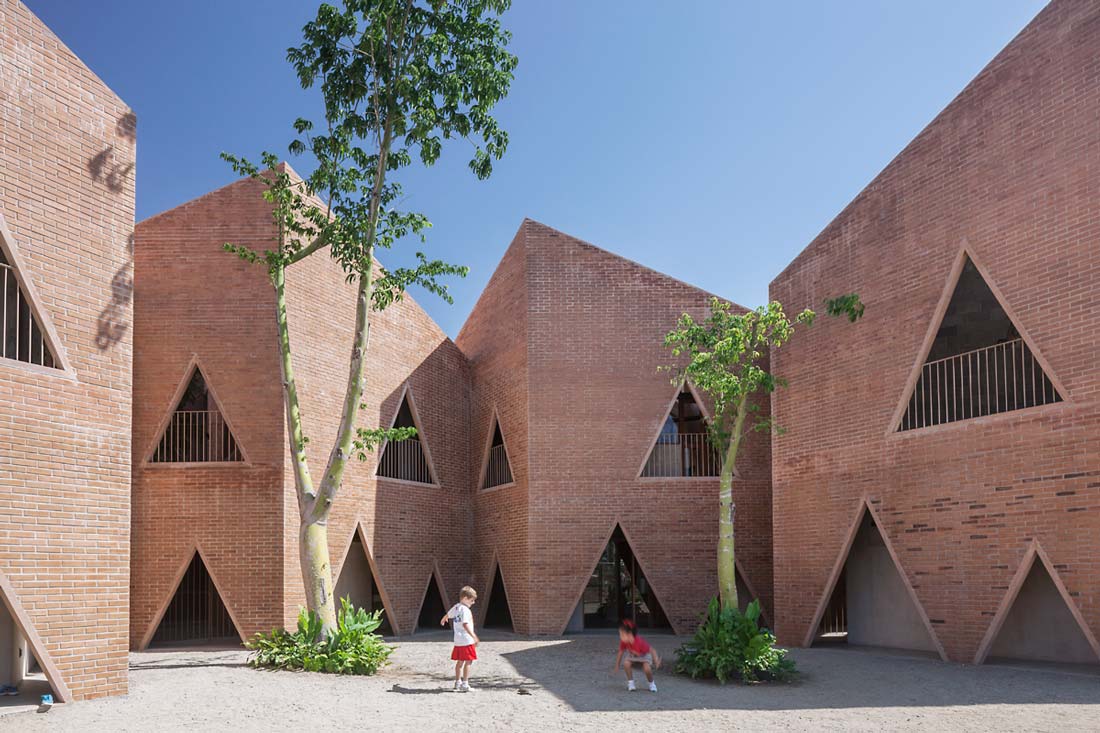 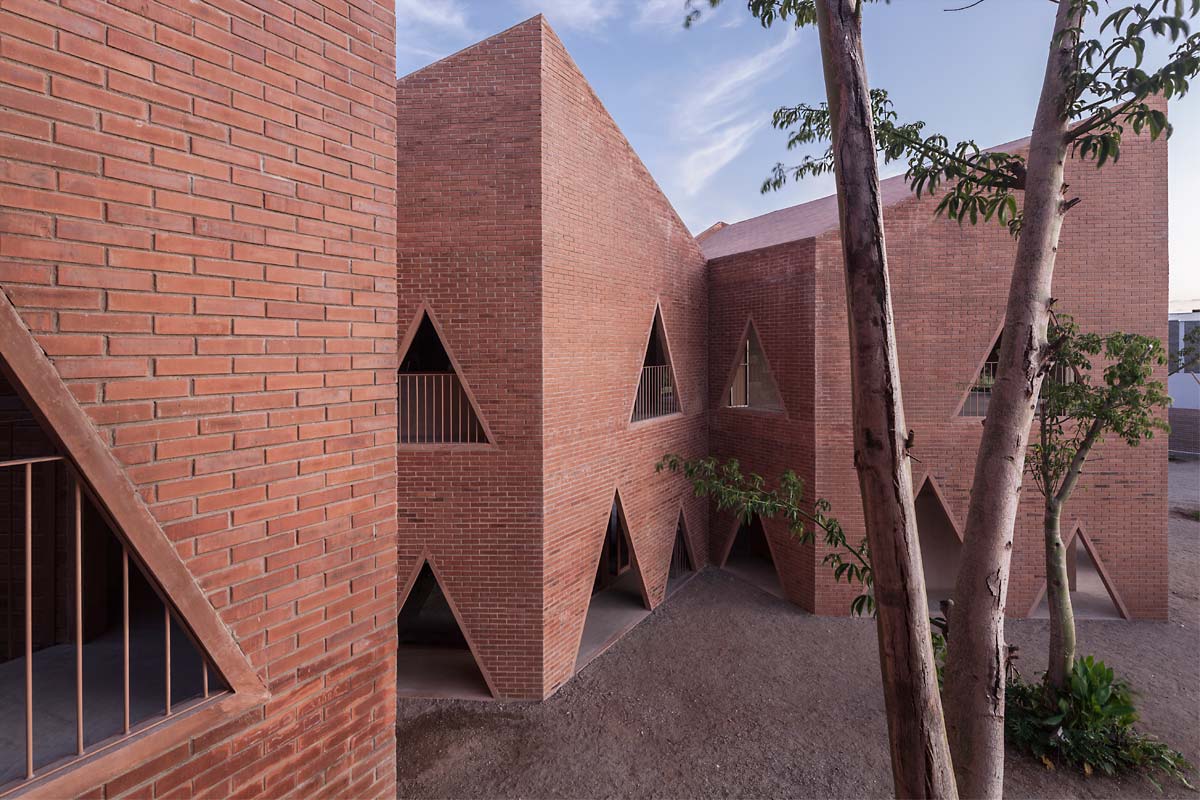 The Montessori model is not a conventional education system, so classrooms should facilitate dynamics where children can experiment and stimulate their senses. The classroom form should favor these dynamics, so the recommended spaces should be centrifugal instead of linear.

A 19-module hexagonal plan system built in hollow brick contains the classrooms. They contract toward the interior to generate a perimeter porched hallway that promotes thermal isolation and pressurizes air. This porch also serves as a space for circulation and for semi open-air activities. The connections between modules are staggered to generate polyhedral patios that define a small landscape of tiny villas at different heights that bring in air and natural light by means of skylights. 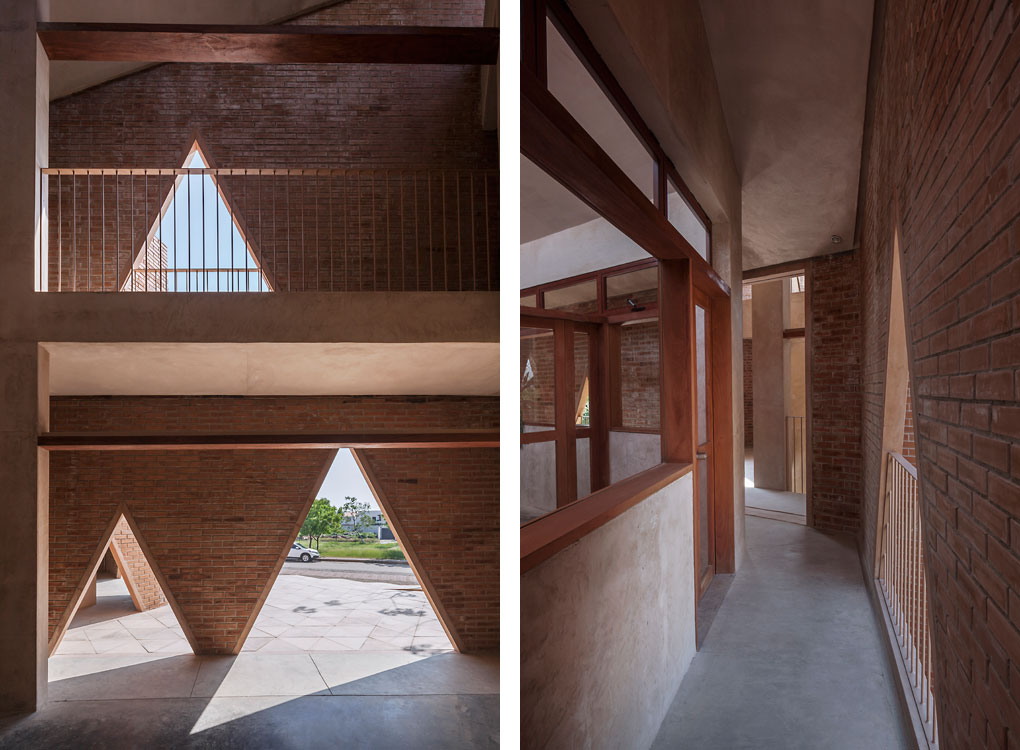 The challenge was to develop a project that could be built easily in stages and where the first 1,100 square meters should be built in a maximum of 4 months. So the flexibility offered by independent modules was key. 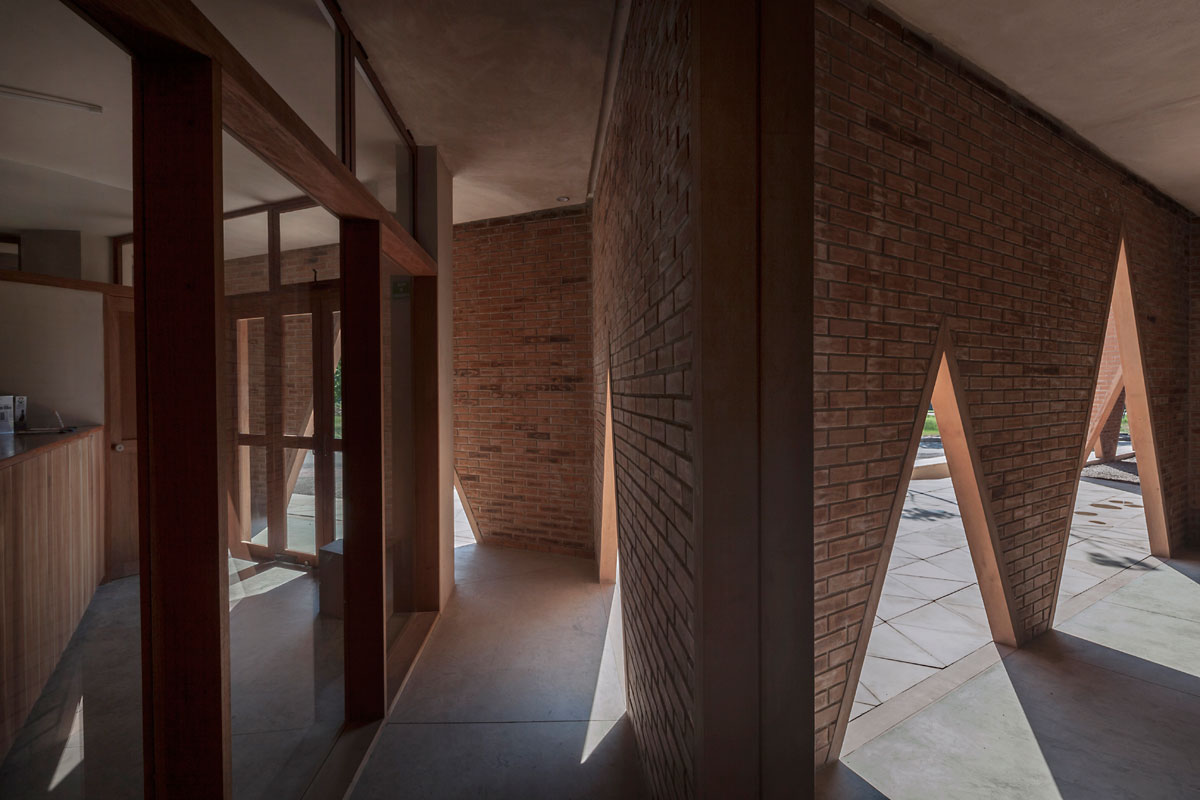 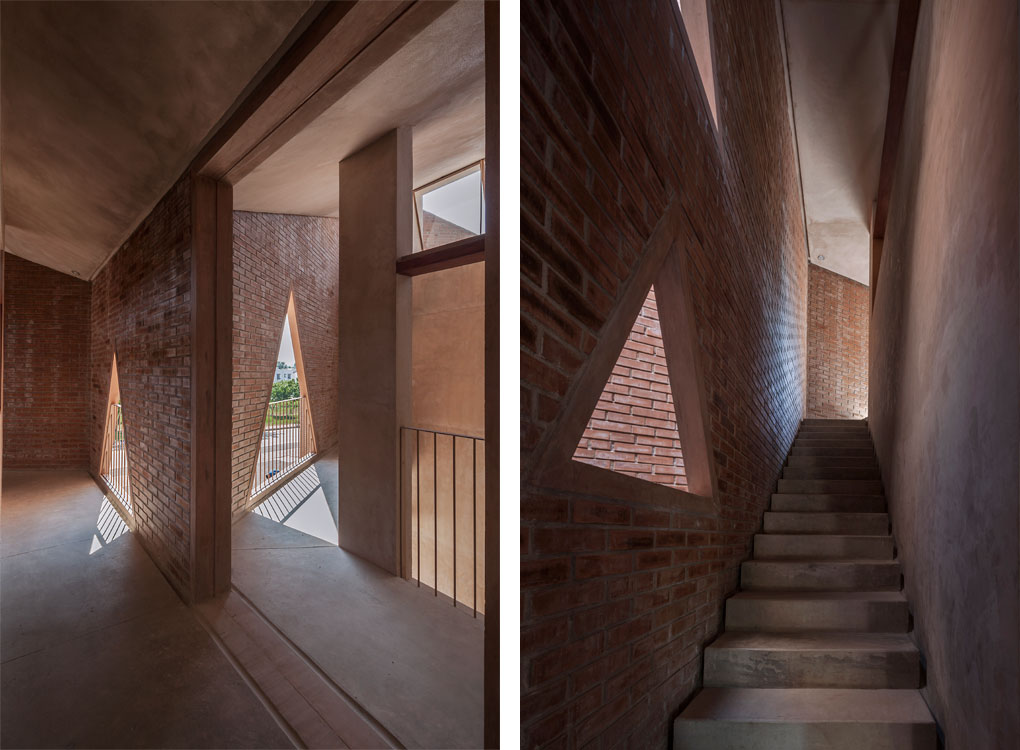 In the interior, the modules are designed to host all kind of uses, from administration and direction to teaching and recreational activities involving students, who range from just a few months to 12 years of age. 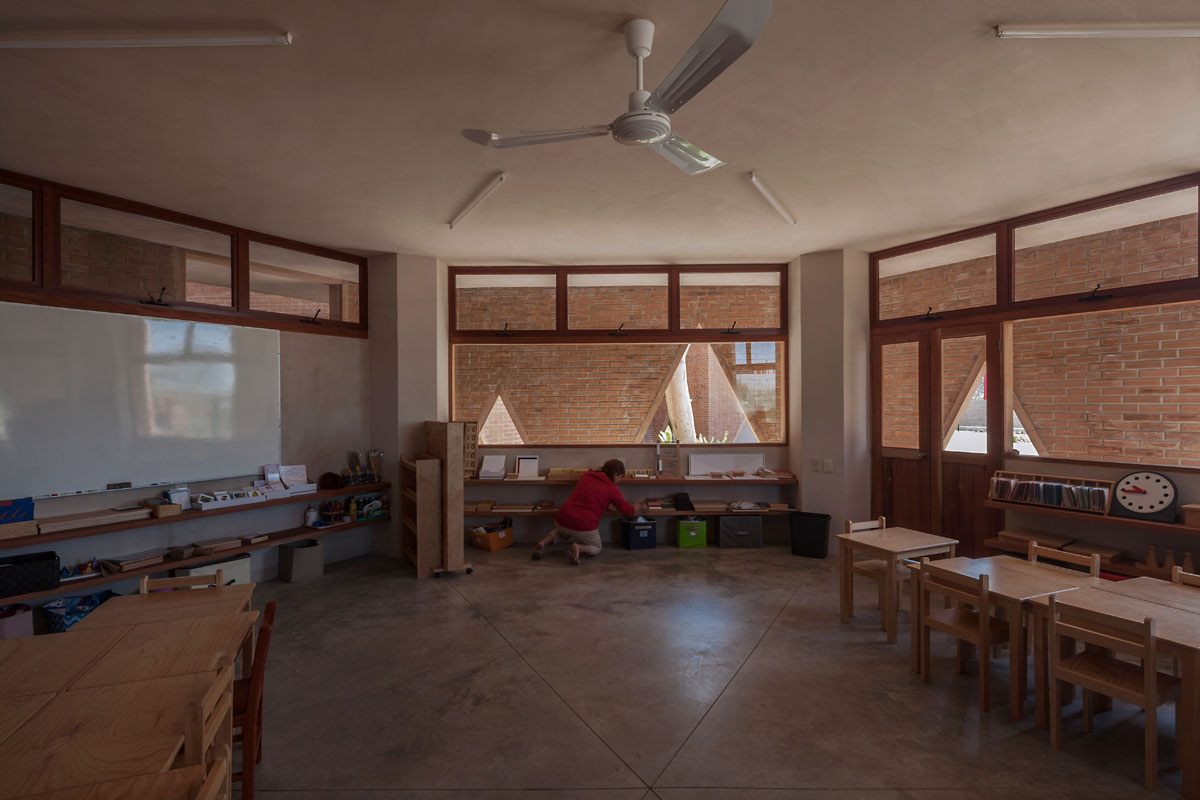 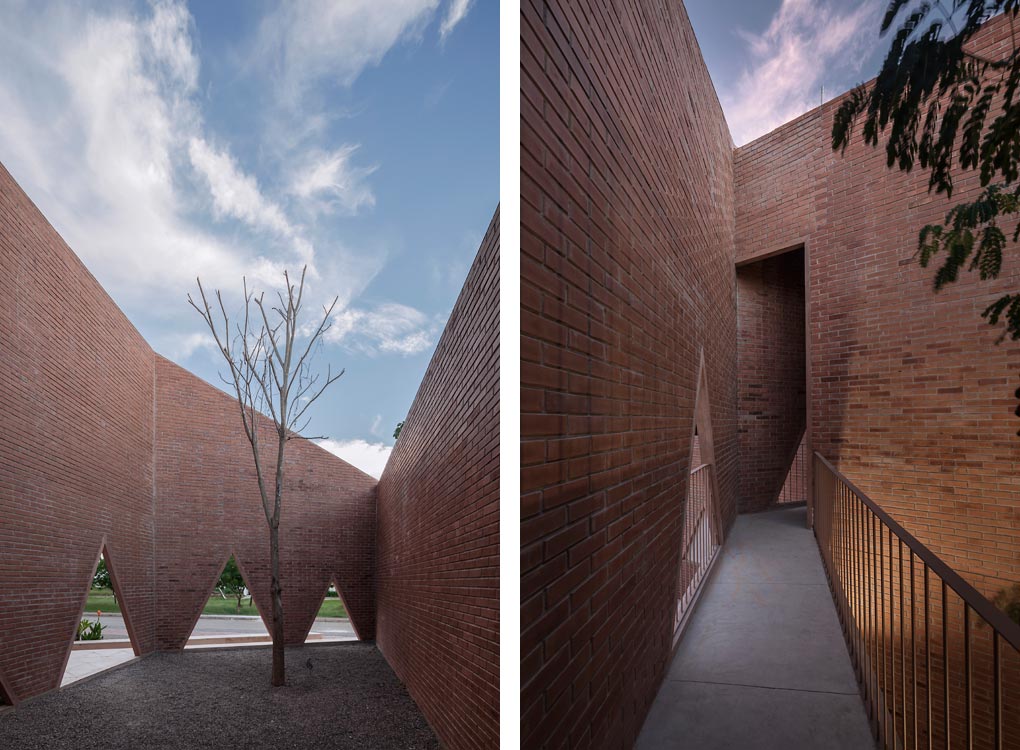 The idea of scale attends to its users. The triangular openings in varies proportions not only question the idea of the opening, speculating that a triangle is an agile and ludic geometry to solve a window, but those who enter the “village” mold it to the morphology of kids and adults on their way to reach their destination. The idea is that the classroom as a cell and the system as a whole give the kids greater freedom to create their own order. 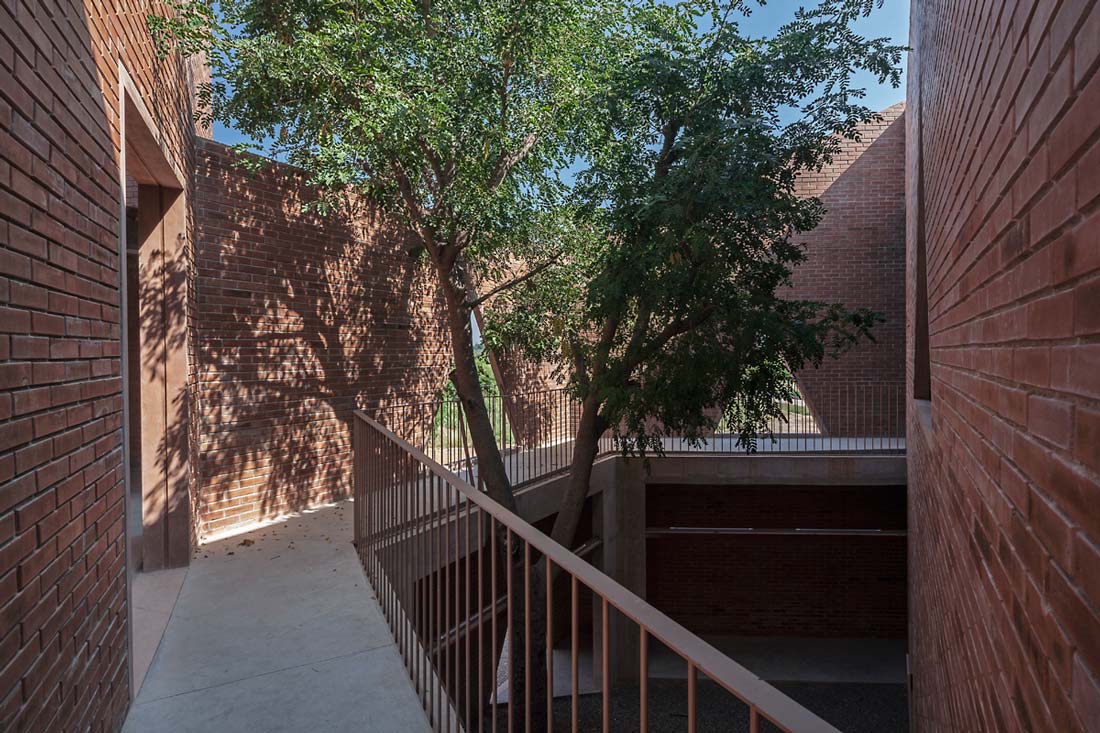