The Makr Shakr bar system was designed combining future robotics with Italian design roots. The recipient of many awards – including D&AD and Core77 – it was developed in the city of Torino, Italy, the birthplace of Martini and Vermouth.

Makr Shakr is a completely automated bartending system. Through a mobile app, users can browse, design and order an almost limitless amount of cocktail combinations which are then assembled by two shaker-handed robotic arms. The movements of the arms are inspired by the ones of a real bartender: they can shake, stir, muddle, strain and pour more than 40 different ingredients with millilitre precision. Guests can then rate, comment and share their creations, contributing to a growing database of crowd-sourced cocktail recipes. Robots can prepare one of approximately one Googol (equal to 10100) crowd – sourced drink combinations.

After a first preview during the Milan Design Week inside the historical Galleria del Corso at the core of Milan’s city centre, the project was officially launched at the Moscone Center in San Francisco for the Google I/O After Hours Party, on May 15th, 2013. The goal was to encourage people to think about the changes introduced by today’s increasing ‘robotization’ trend and the social implications of the Third Industrial Revolution. 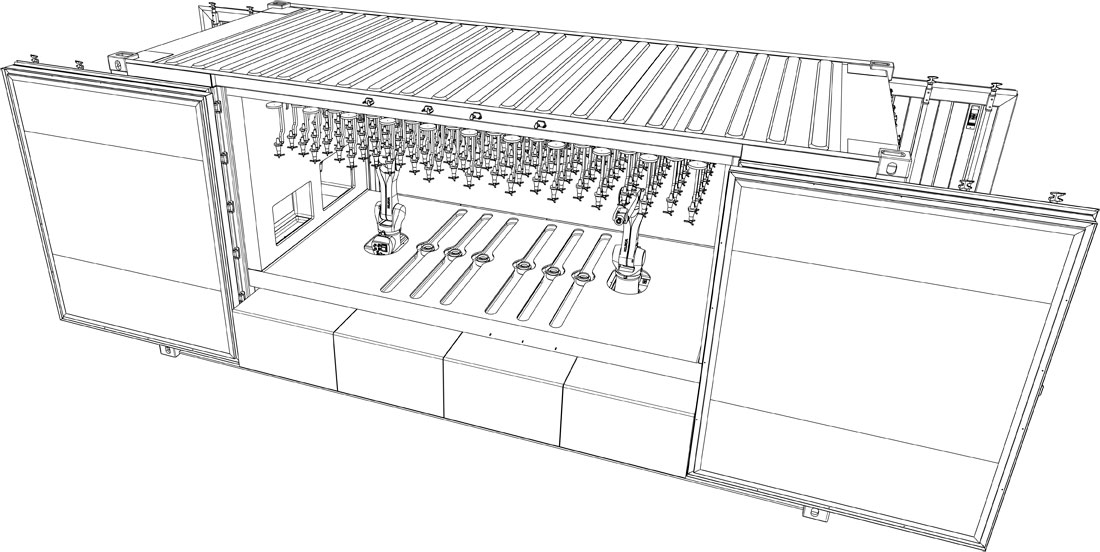 After the installation at Google I/O, the project went quickly viral. People were captivated by the ability to control complex robots from their smartphone. In fact, Makr Shakr makes the customers themselves become the mixologists, allowing them to create their own cocktails while the robots perform each step of the drink-making process according to their instructions. 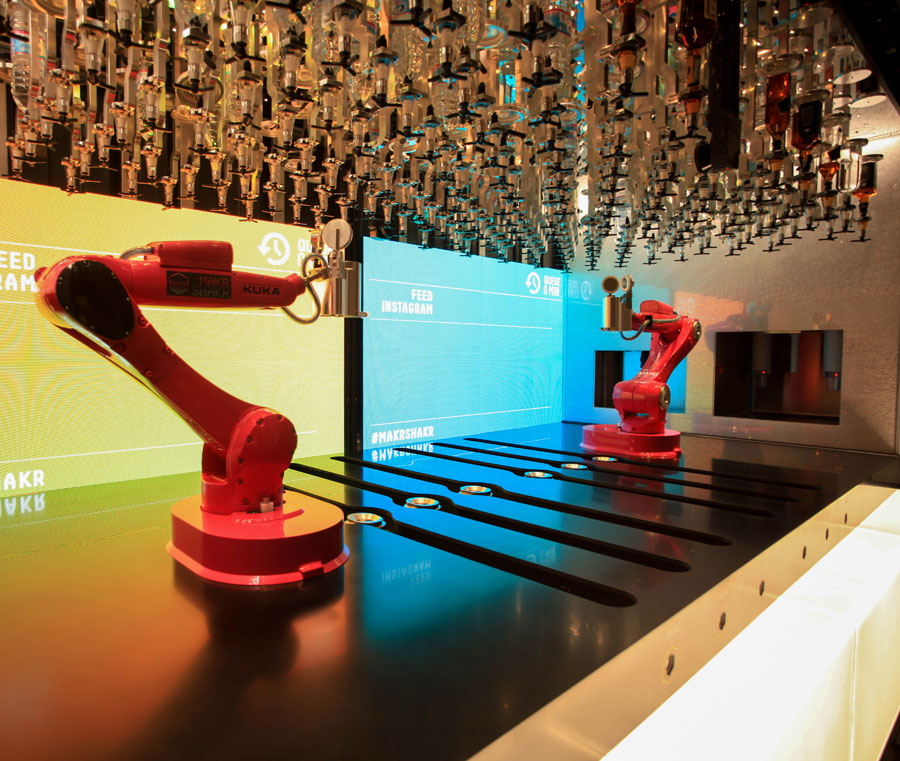 The success of the first version led to the incorporation of Makr Shakr Srl and the development of the two fixed units of the Bionic Bar currently onboard Royal Caribbean smartest cruise ships: Quantum of the Seas and Anthem of the Seas. Since October 2014, the four robots (each Bionic Bar is in fact equipped with two robotic arms) have delivered more than 100.000 perfectly crafted drinks, with peaks of 700 cocktails produced per night. 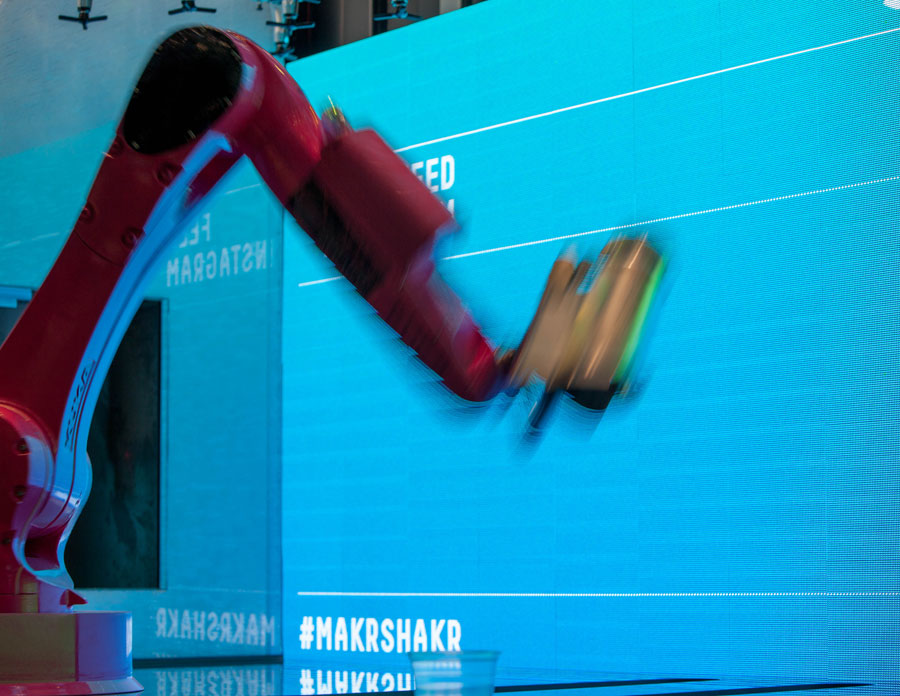 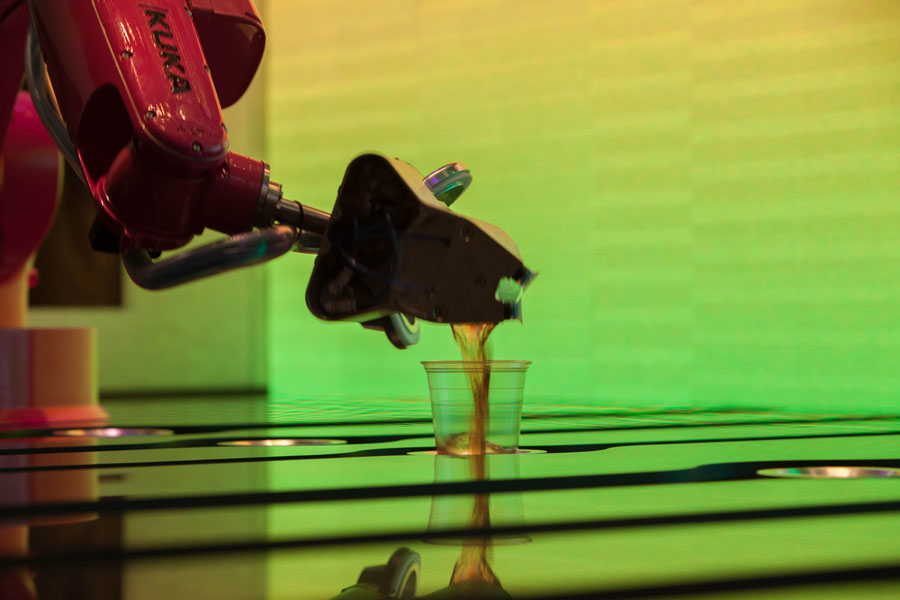 More recently, a new mobile version of Makr Shakr, engineered to be entirely enclosed in a standard container for easy shipping and quick deployment, was successfully launched at World Expo Milan 2015, and is ready to travel the world for many more events to come.

At the same time, the Makr Shakr Mobile App people use to order and create drinks underwent a complete redesign, making the whole process more intuitive and user-friendly, along with a complete translation to Mandarin for Chinese guests. 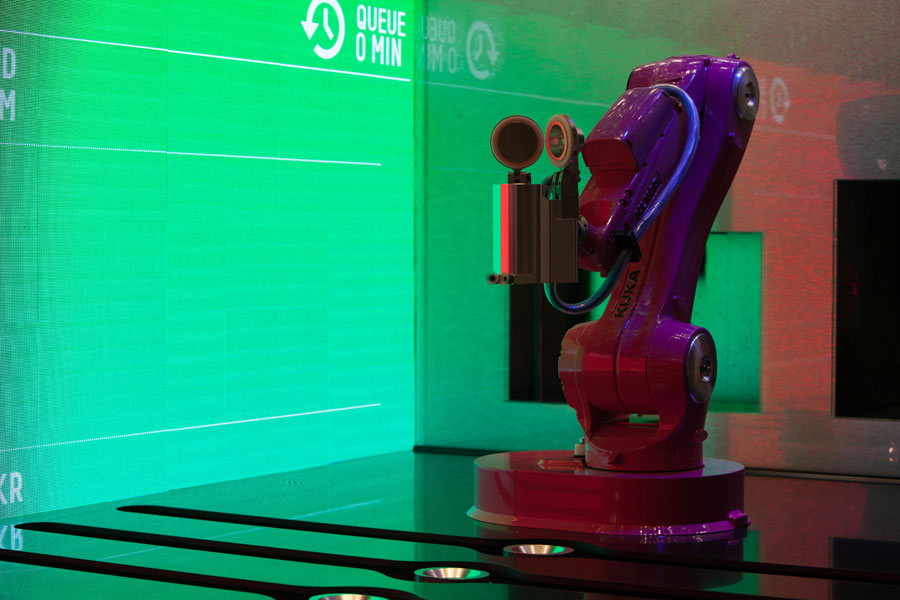 Future plans include the installation of the Bionic Bar powered by Makr Shakr in two of the next Royal Caribbean vessels, currently under construction: Ovation of The Seas and Harmony of The Seas. 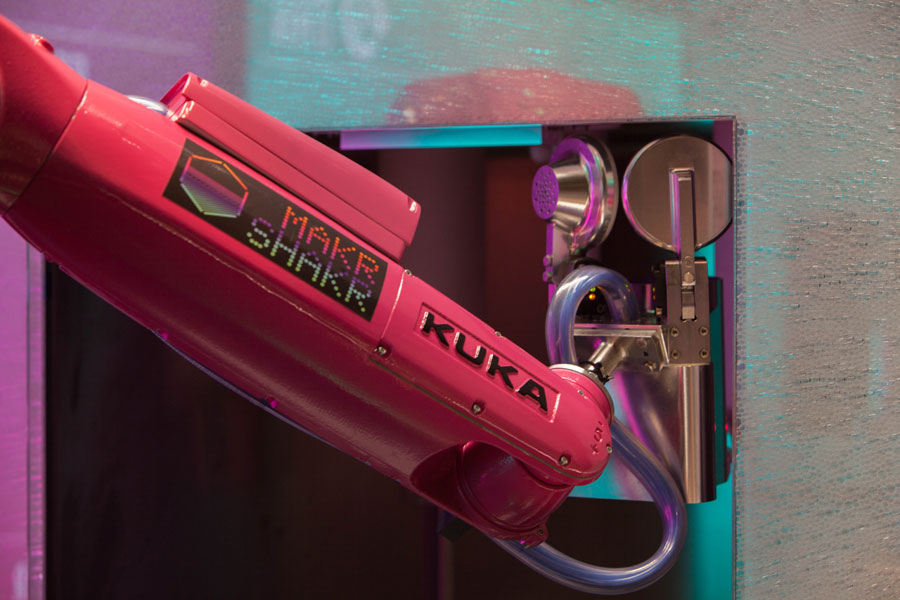 « On Decolonial Solidarity Cypher Event
Kludge: Our Model of Models »