An architecture-landscape concept on a stretch of 25 ha. The ensemble is articulated on four horizons of a territory of garden-cities by soft connections, the vestiges of a railway network to export mining material. The park clearing, substrate-forest at the same time as processes of transformation-formation continue, drive the public to works of art.

Louvre Lens sits on a horizontal slag heap, storage for the exploitation rebus rising to 4 m above the adjoining city. The terrain is oriented by the two slag heaps in Loos-en-Gohelle surrounded on all sides by garden cities.

The constellation of flat areas and ‘rider seams’ (network of raised roads/excavated earth for the transport) spangle a surface shaped by the cartography of hidden underground resources. This surface appears to be interlinked by a single bygone economic pattern. The aerial views show the overlaying of the colonizing acid environments of manmade and subsequently abandoned industrial forms over the undulations of the basic environments at the origin of the local landscapes.

Here the coal industry fashioned the land, while elsewhere it was farming that shaped the fields and groves. The economics of extracting was responsible for the layout of the areas used for the production and transportation of materials, as well as for the living areas and typology of the houses specific to the different social categories (families, unmarried people, engineers, foremen, etc.).

The abandoned rails were the niches for vegetable decolonization which, over 20 years of abandonment, have resulted in a pioneer forest to the west and native plant corridors along the rider seams. 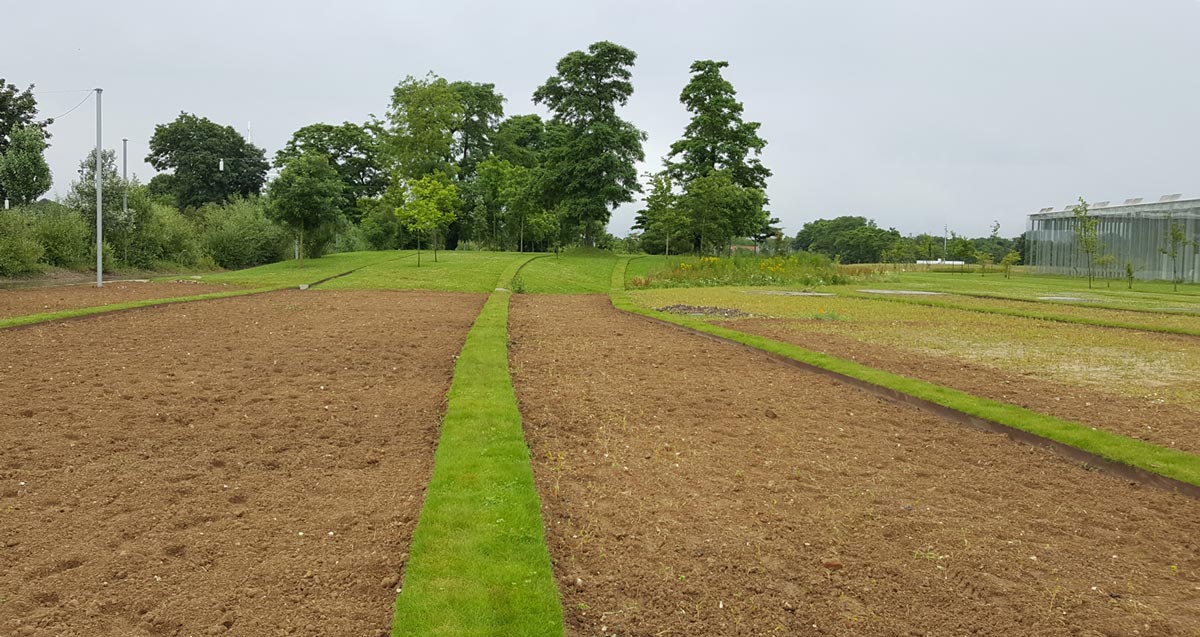 The installation of the Louvre lens on one of the pitheads introduces the capacity to change over from economic production to an economy regenerated by inhabiting and revisiting the memories of an area in contact with the memories of art and culture in the broad sense.

The park is joined to the territory at four cardinal points by what remains of the ‘rider seams’ as the principal alley entering the park. As such, the museum park irrigates the country in-depth, just as the garden cities are brought up to the threshold of the museum. 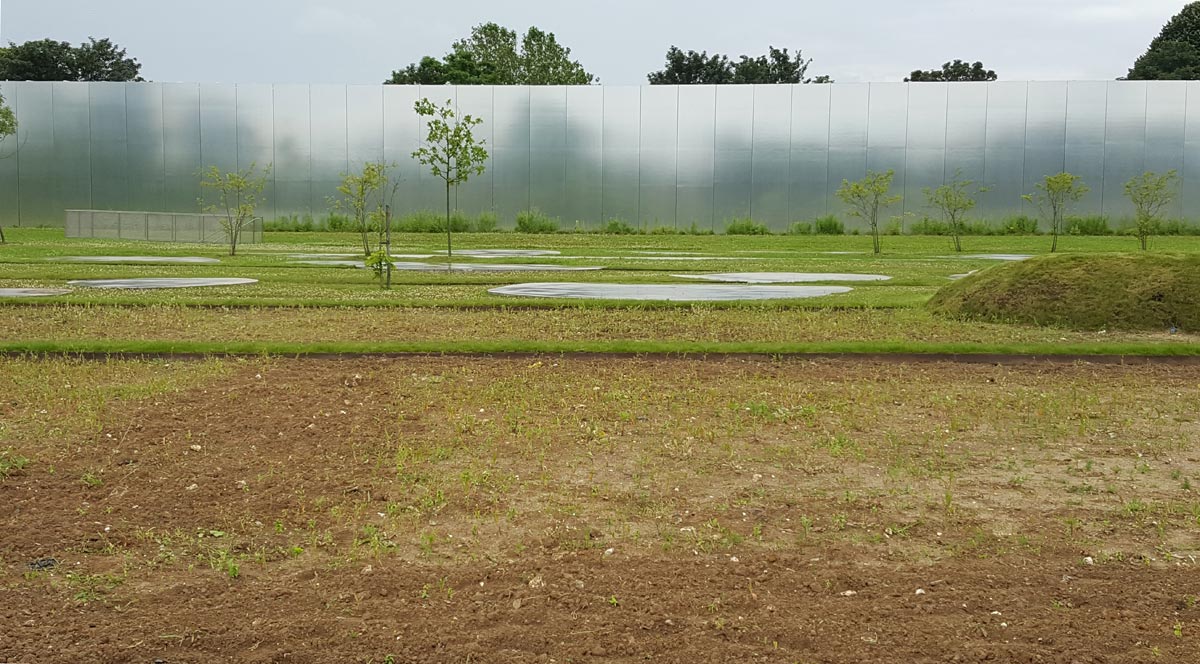 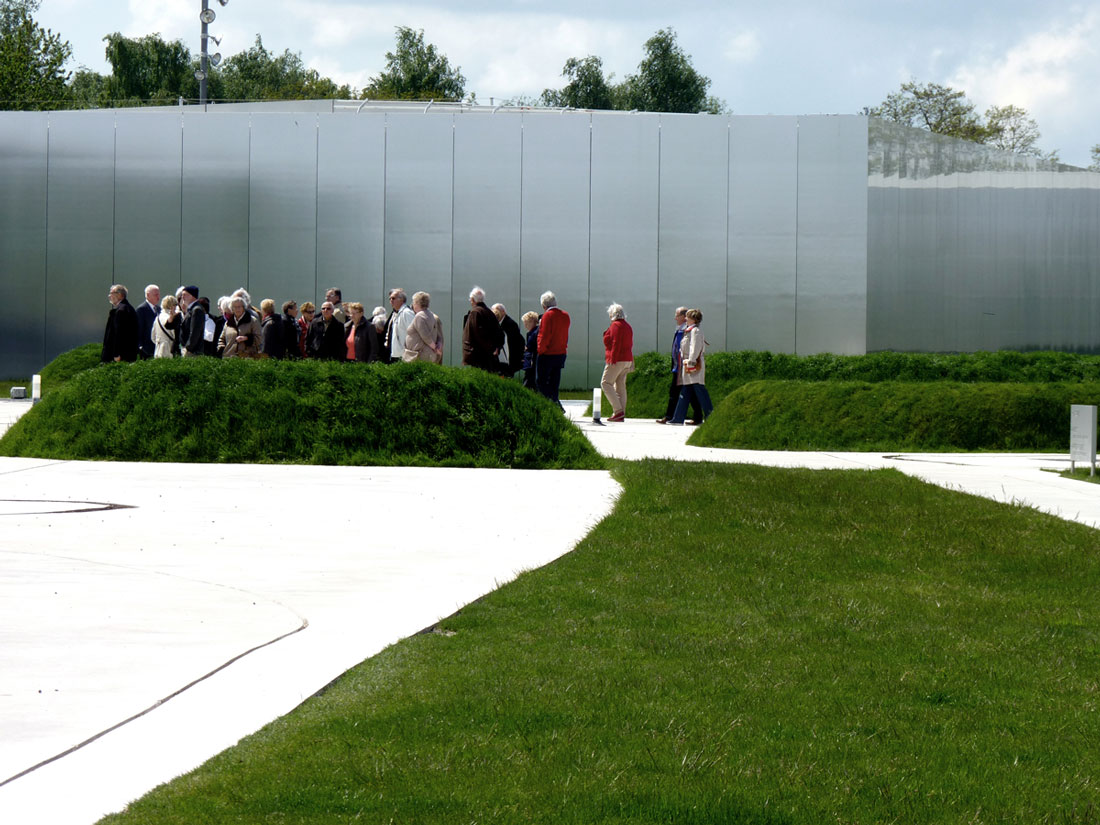 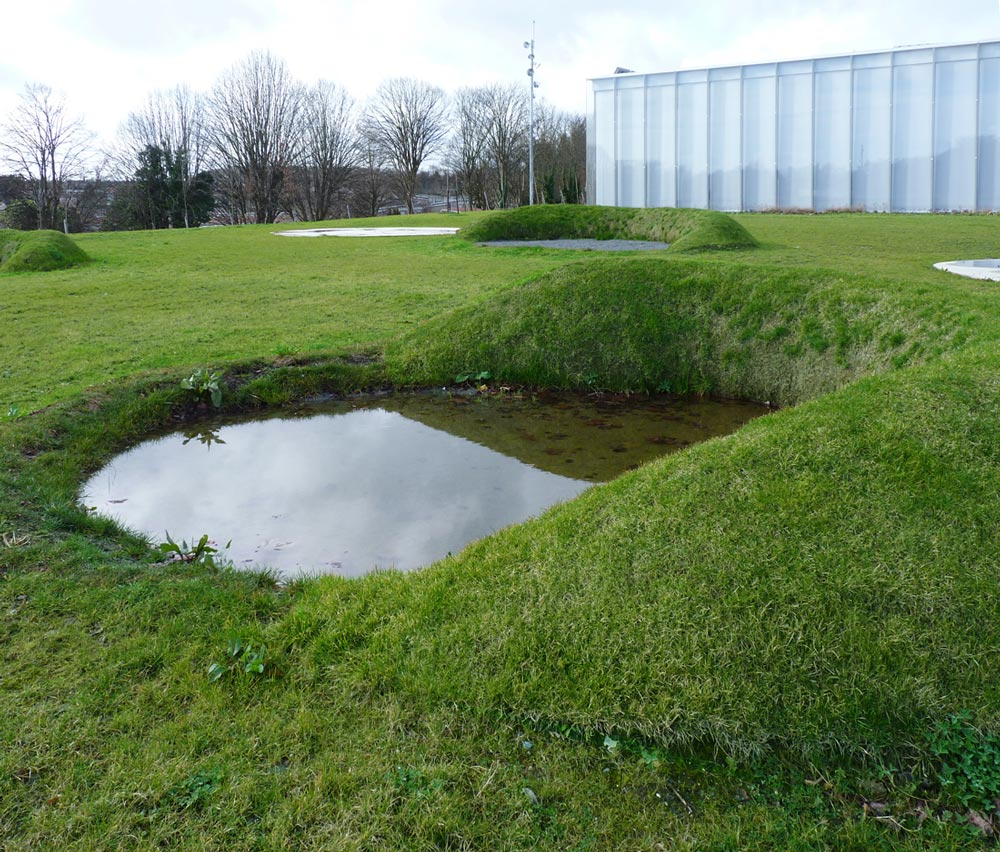 This elongated form, an imprint of the distribution method of industrial flows, deflected the manner of installing itself in the ground plate. It is then a question of articulating the vegetable dynamic through this park, which primes the attractivity of the terrain, the cultural dynamic with the museum and the living memory of the mining: from the cycle of plant materials to valued oils as an economic resource, then in an inverted symmetry, of the oil to the valued plant as a heritage resource.

Running along the edges of the wood, protected from the noise of the railway lines and the neighbouring streets, the path leads to a very wide clearing, a vast meadow with trees on every side. The context whets visitors’ curiosity, invites them to go with the movement, to explore a museum park which like a stick insect merges with nature, enhancing the landscape rather than occupying it. Multiplying the volumes offers a means of avoiding any overload of the site and upsetting the scale of this vast programme. 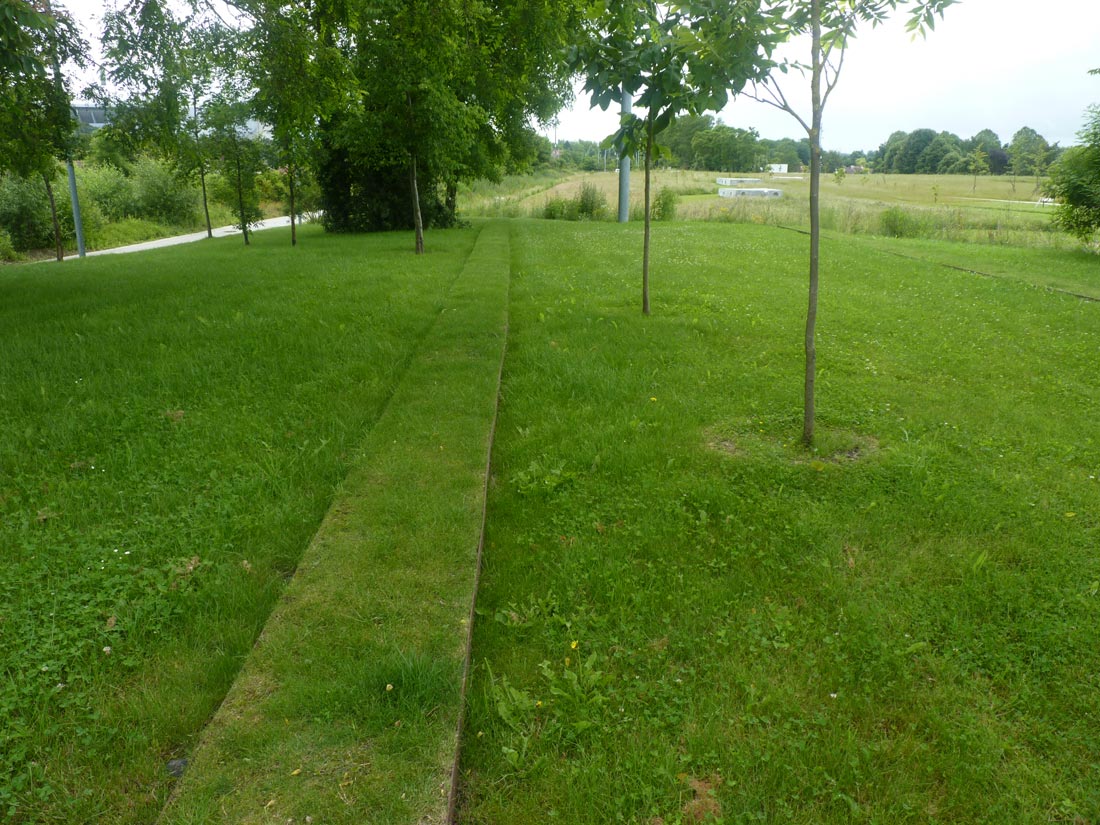 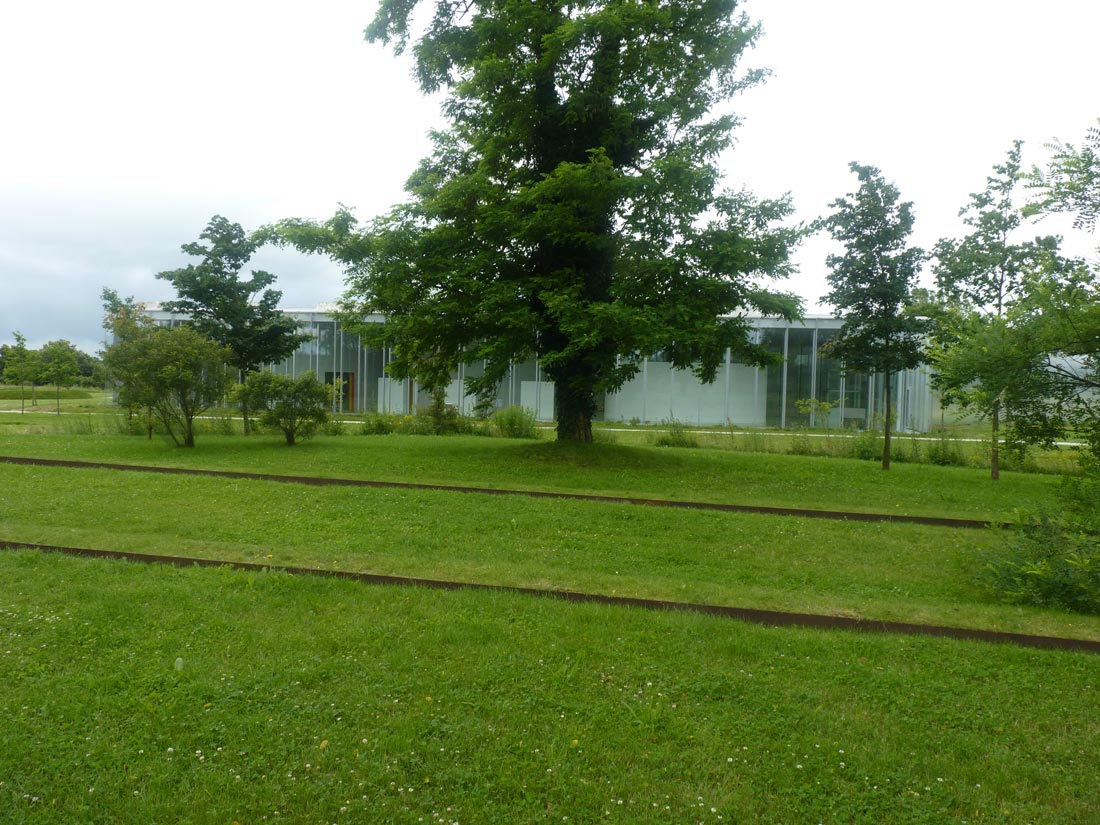 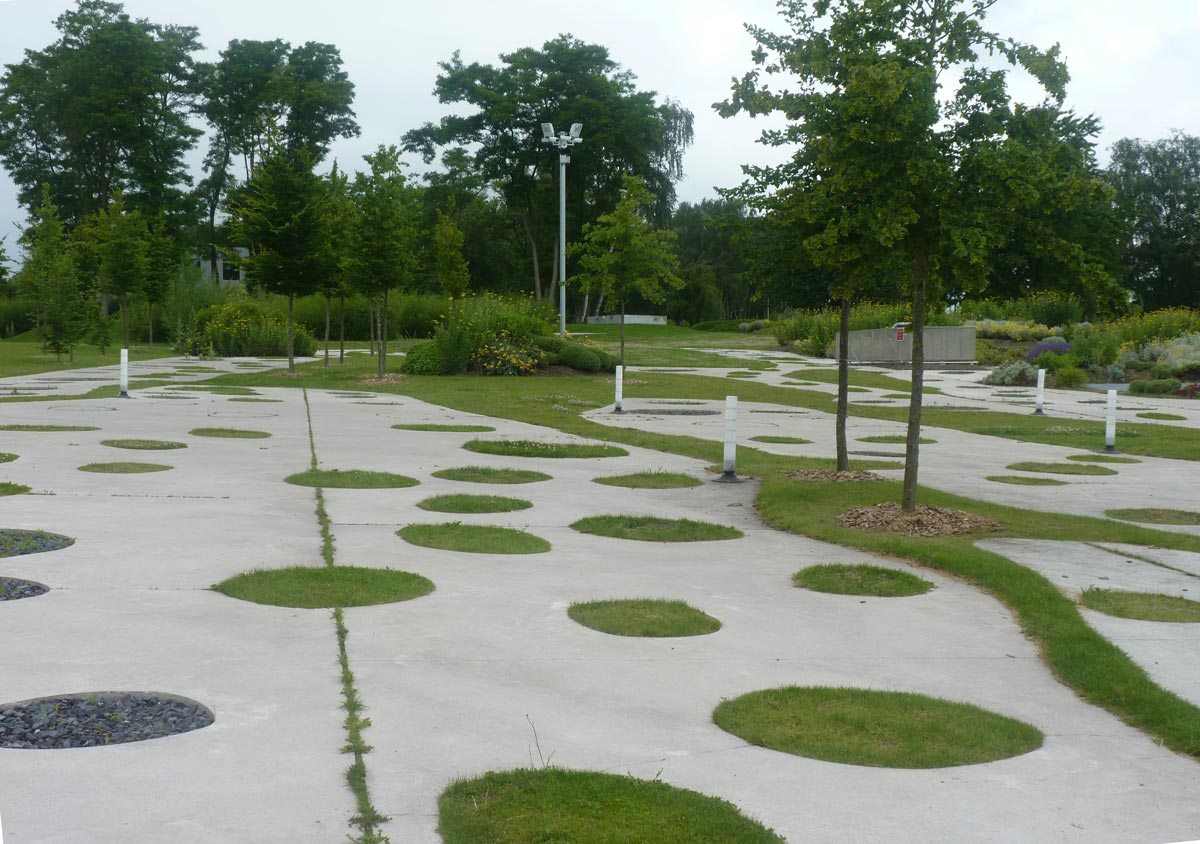 The vertical slice of schist soil, which is deposited by the mining activity and redesigned to form an enclosure, is open to moss colonization and in particular to the consolidation of the edges towards a perennial wood.

In the manner of threads of micro organisms who fix to atmospheric nitrogen in order to transform it into nitric nitrogen, the surface of the ground is perforated with pockets of draining stones, mineral storage, at the same as clusters of drops that capture water, retain it, infiltrate it and bring the excess to the strip gardens. These perforations will be the favored substrate for mosses which have the ability to capture and fix heavy metals to the soils and actually to reduce the ambient dust. 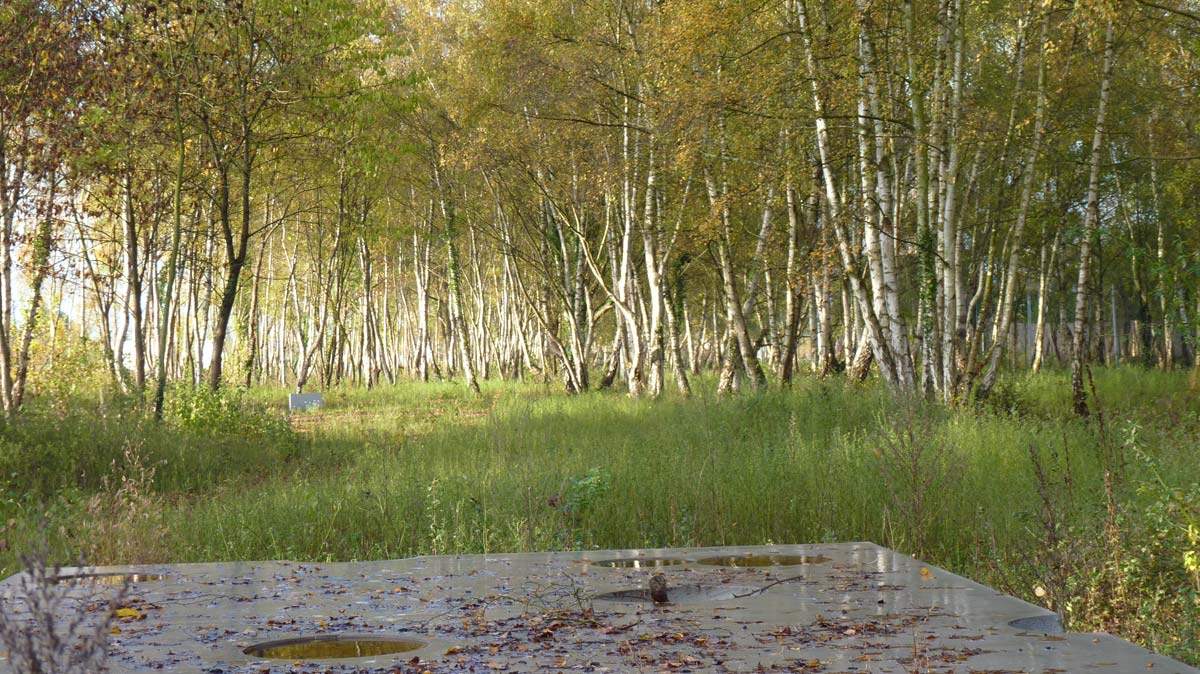 Among the reception installations, the benches are green canopies, grass hemlines around sand beaches on the parvis or monoliths on excavated leaning places in the lais gardens. An excuse to picnic, supporting pedagogical association to the temporary exhibits of the galleries, gardens as memories of plant cycle to oil or simply neighborhood gardens exposed due south.

The park restores the disturbed link between skin (recording surface) and depth (resource of yesterday and tomorrow). It opens the door to future ages by introducing the arts as mediators of all the ages and as bridges to new mentalities. 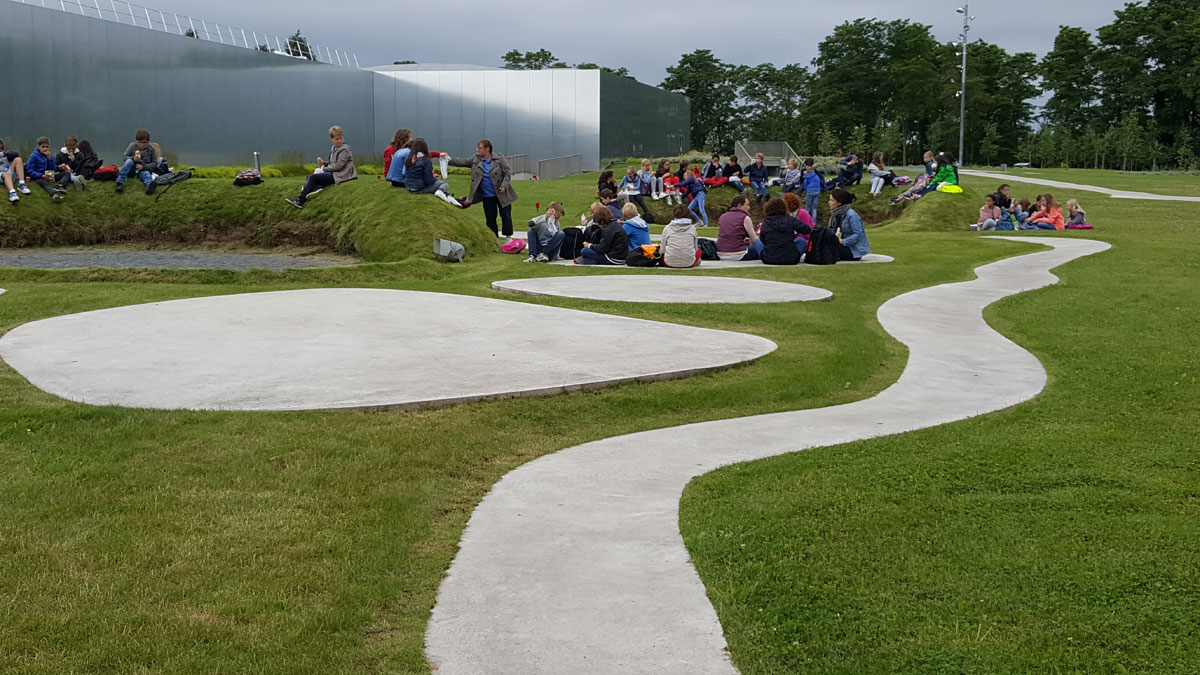 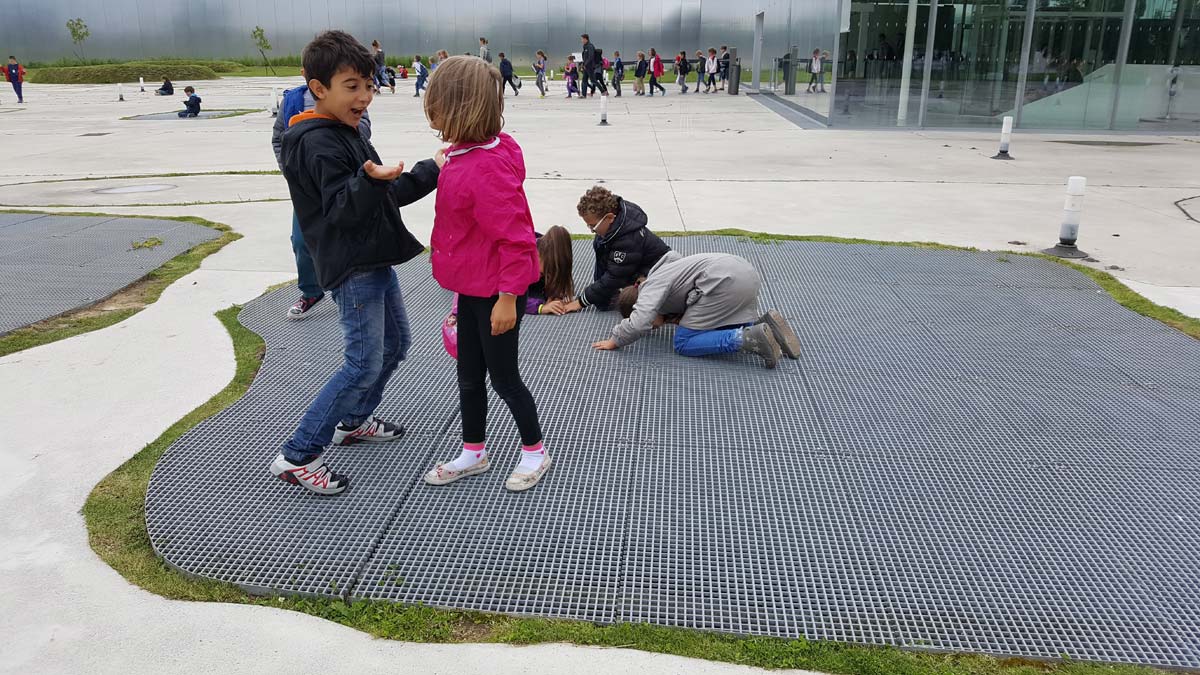 The park outlines the challenges of a programmatic content (triggers of active memory), the space strategy of a cultural facility (park-museum) and potential landscape events (extended Louvre park).

Each of these strata is represented by the temporal dimension to which it pertains. The Louvre gardens materialize at their intersection like so many extracts of a living memory.

When an institution like the Louvre positions itself on this soil and by extension in this area, it offers a striking opportunity. We are talking about types of encounter between these two universes that seem at first sight to be disparate and yet draw from the same resources what is commonly known as culture: art on the one hand, and an industrial and landscape culture on the other. 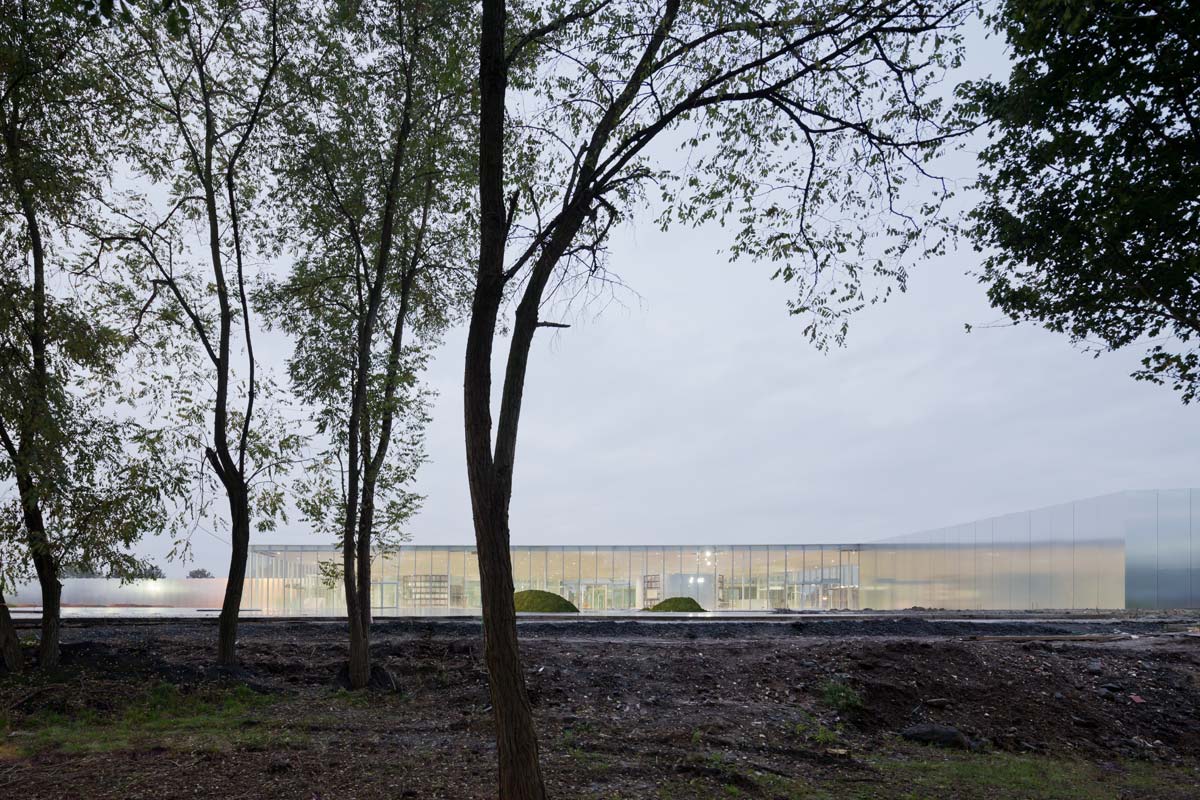 Here, the project is enacted through withdrawal, subtraction, in order perhaps to protect meaning, cultivate its inexhaustible store, so that it reveals itself in its multiple layers, available to the visitors who wish to probe it. 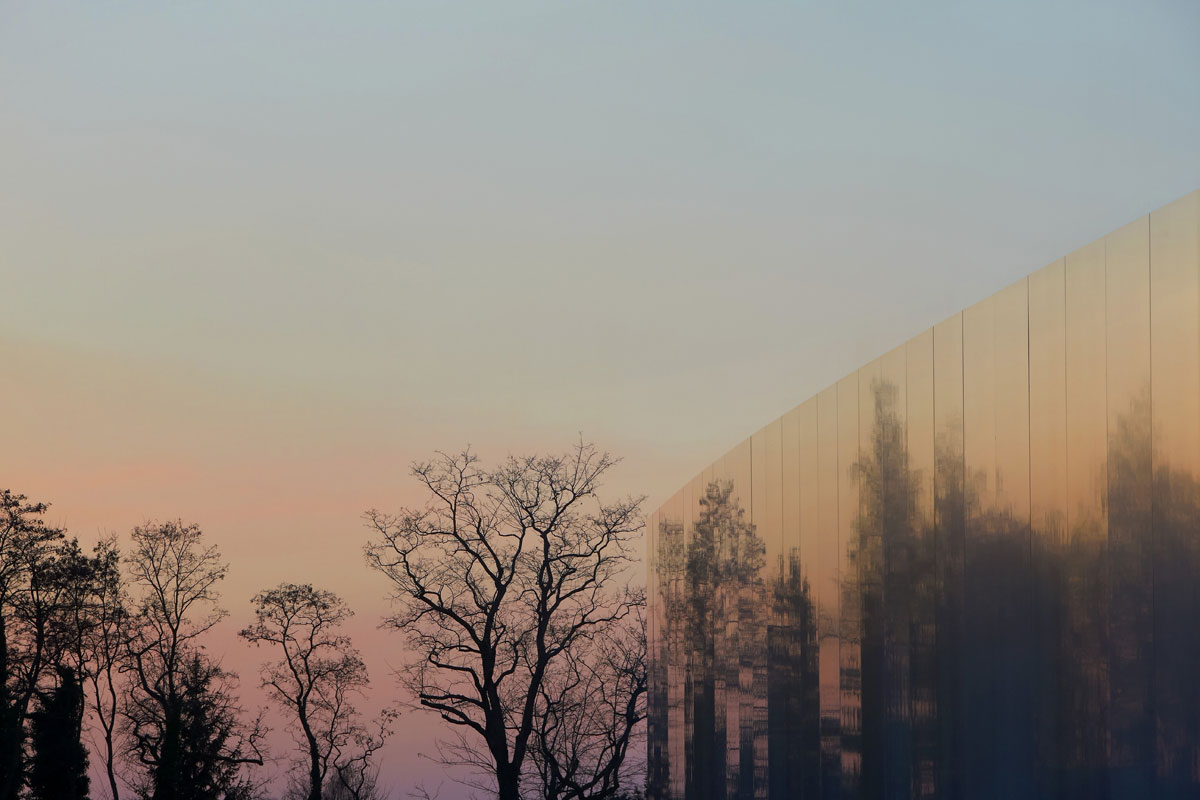