Can there be an emergent architecture that coexists with biology, evolves with time and interactively creates an atmosphere altering the cognitive and sensorial dialogue between humans and biology in an existing space? 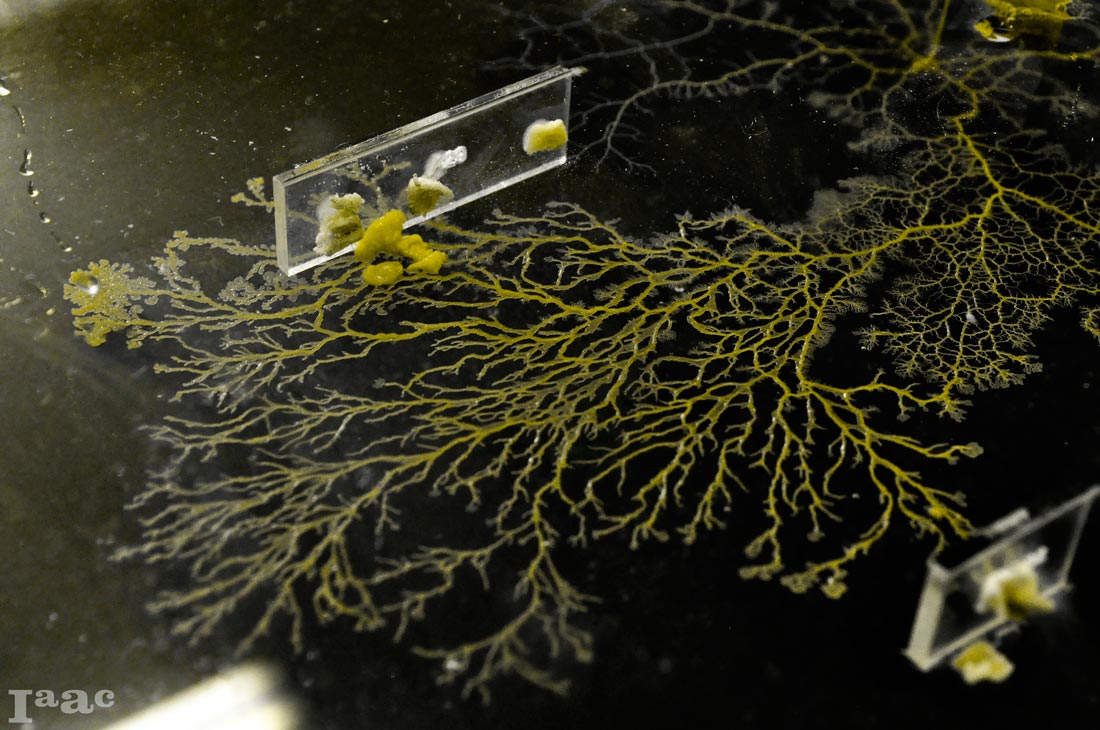 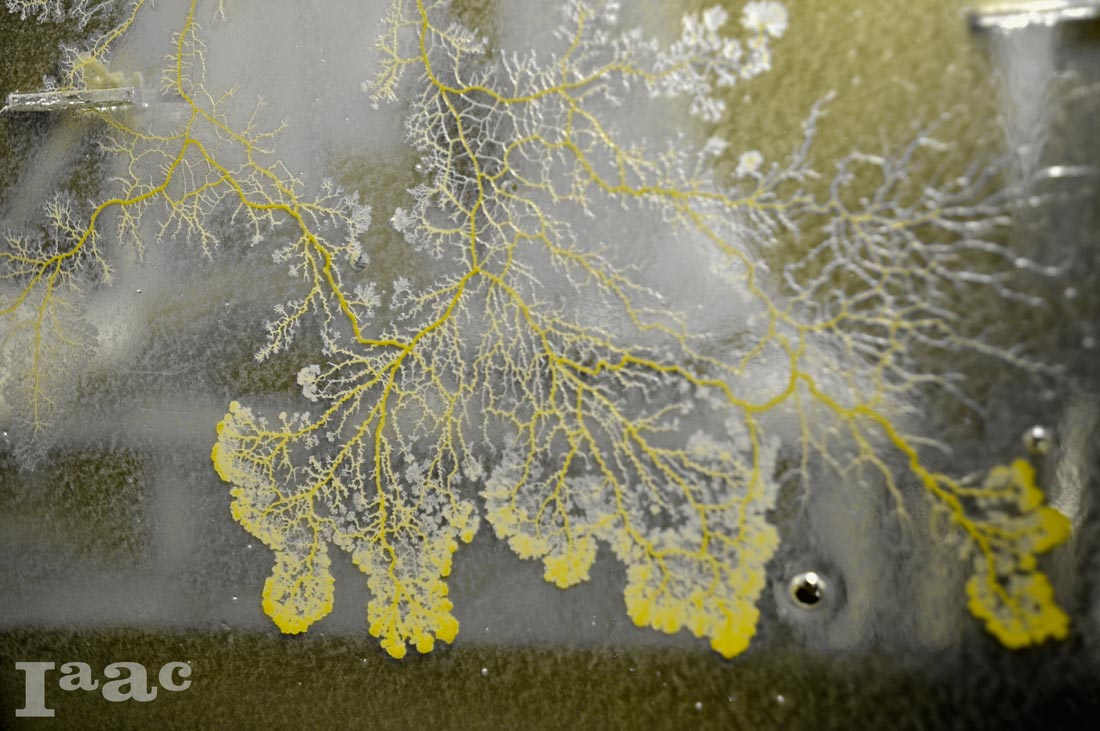 A new emergent field of research focuses on bio-inspired material systems and computer-aided fabrication processes, allowing designers to experiment with new ways of production and novel design approaches. This debate, linked to a more responsive architecture and nature, highlights a conscious observation of biological processes into distinct and valuable design methodologies for architectural explorations. 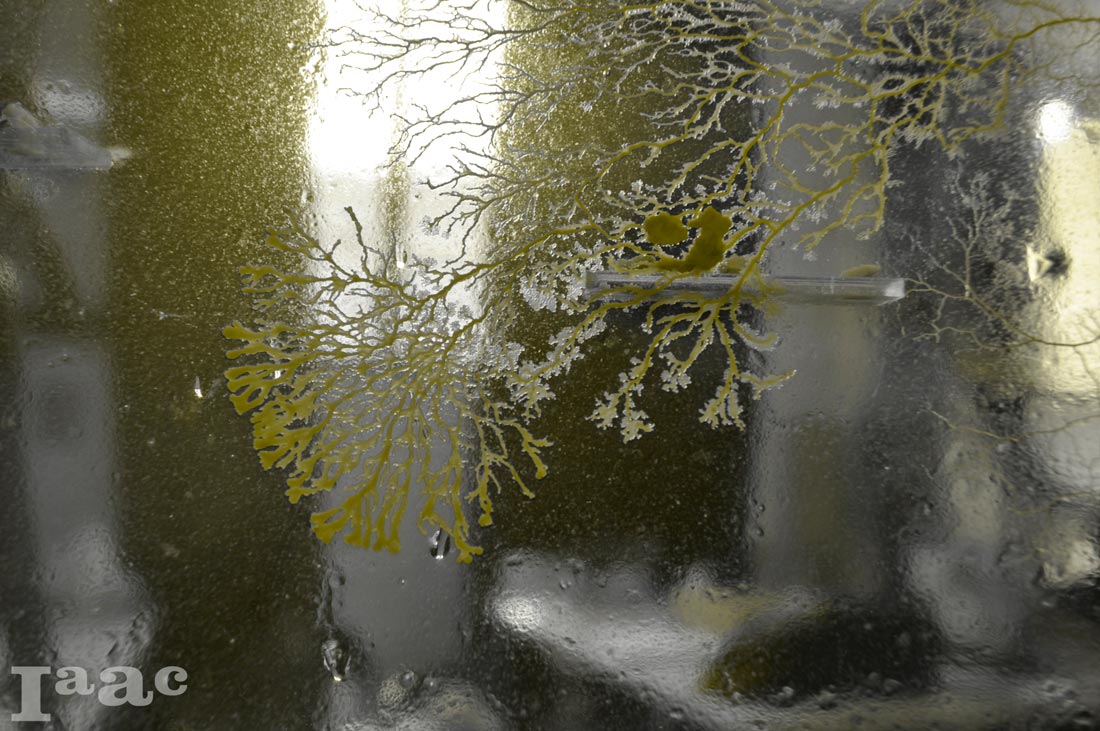 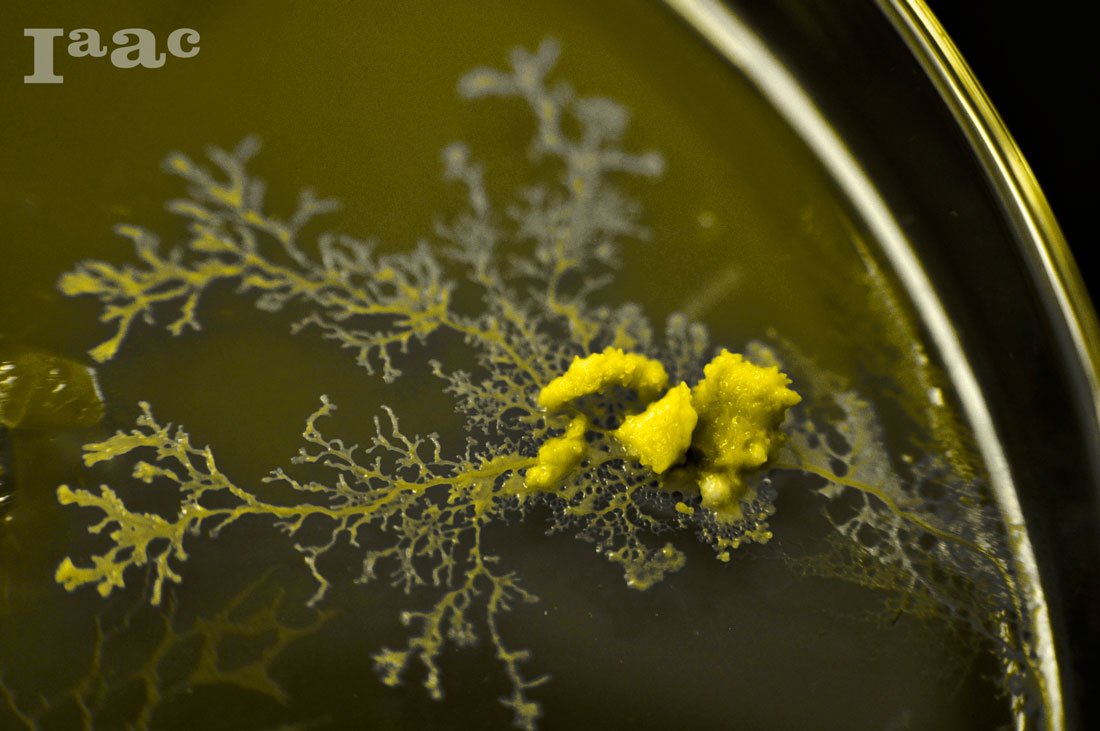 This document investigates the design possibilities through the research of the protist organism Physarum polycephalum, also known as slime mold, and proposes an innovative material system for architectural purposes. The Living Screens project intends to maximize the biological properties of slime mold, engaging a structural bio-machine capable of manifesting and articulating the cognitive relations between the user and the space. 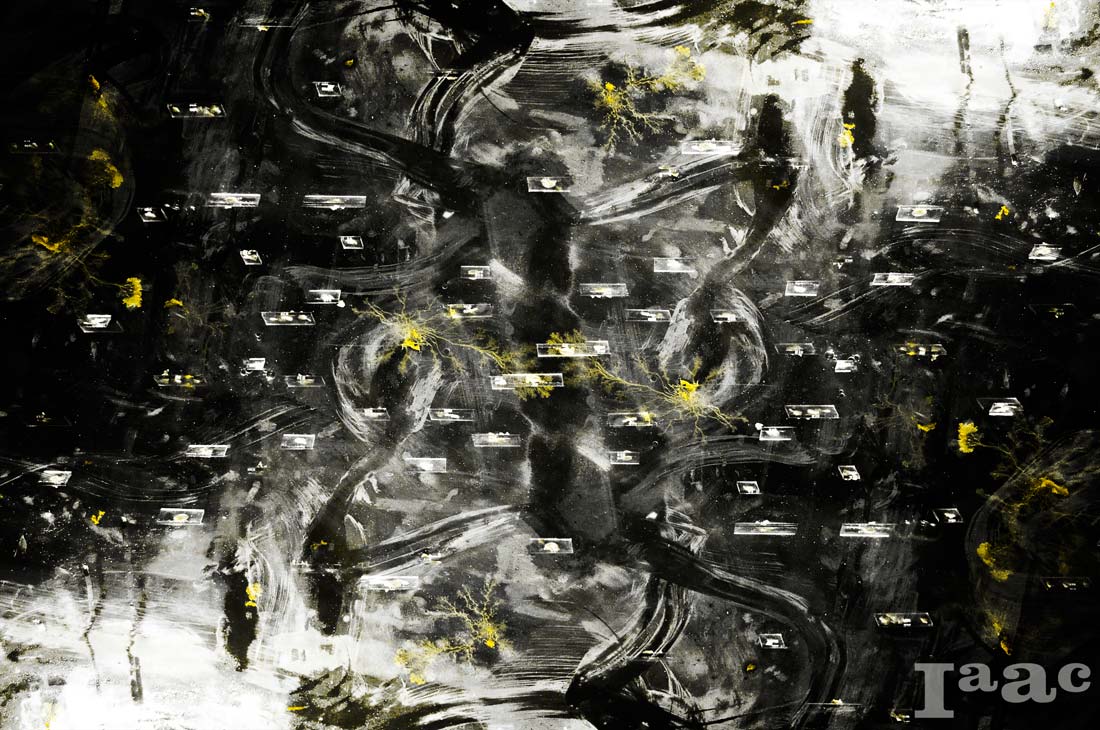 Living Screens is a research project that studies the possibilities of using a living organism, Physarum polycephalum (slime mold), as a panel for interior spaces which is actively responsive and constantly changes according to the user’s parameters. The material system consists of a series of transparent layers that compose the panel and create a suitable environment for the slime mold to grow. The panel is designed to feed the slime mold so it densifies its natural patterns, working as a living wall that filters light in the space. The system engages different customizations such as: opacity, translucency, transparency, pigmentation and the projection of shadows. 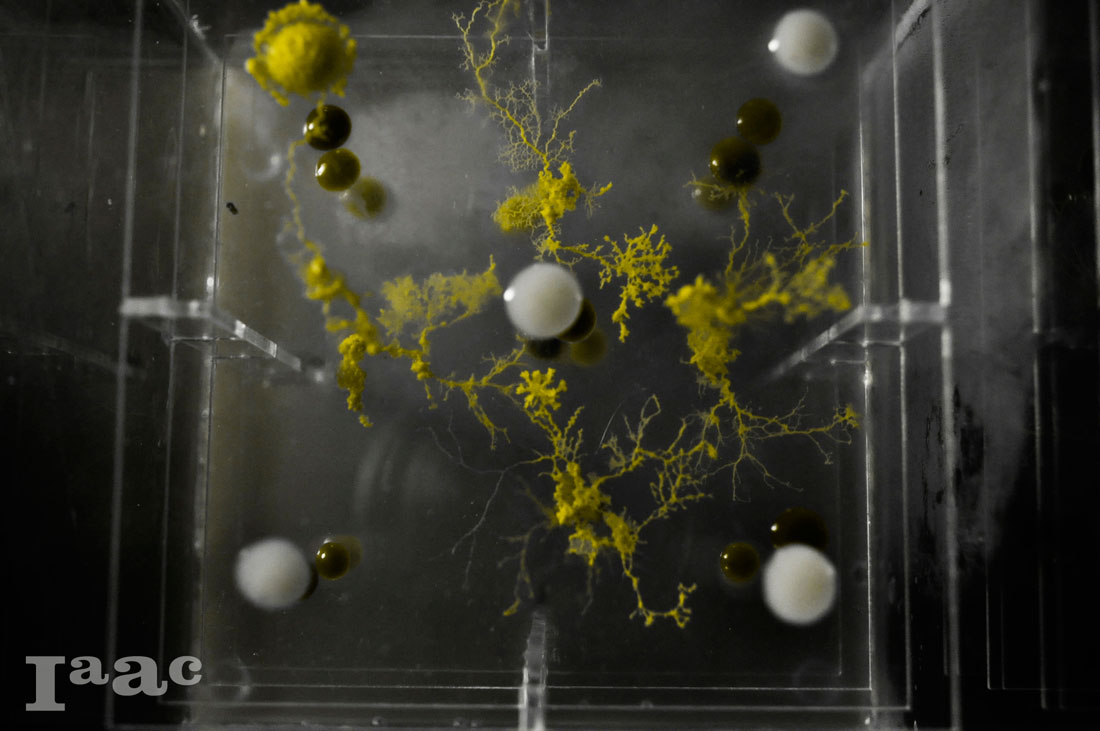 The slime mold’s growth is controlled by the nutrient source, which comes directly from a food-distributor machine. Said machine deploys the food in specific platforms inside the panel, allowing the patterns in each layer to be reciprocal thus creating different densities. The panel also includes a humidifier that controls the levels of humidity inside; the slime mold requires an air-tight environment capable of maintaining the humidity and protecting it against outside agents that could alter its development. The result is a dynamic wall that not only changes over time, altering the interior space through color and opacity, but also affects the mood and experience of the spectator. 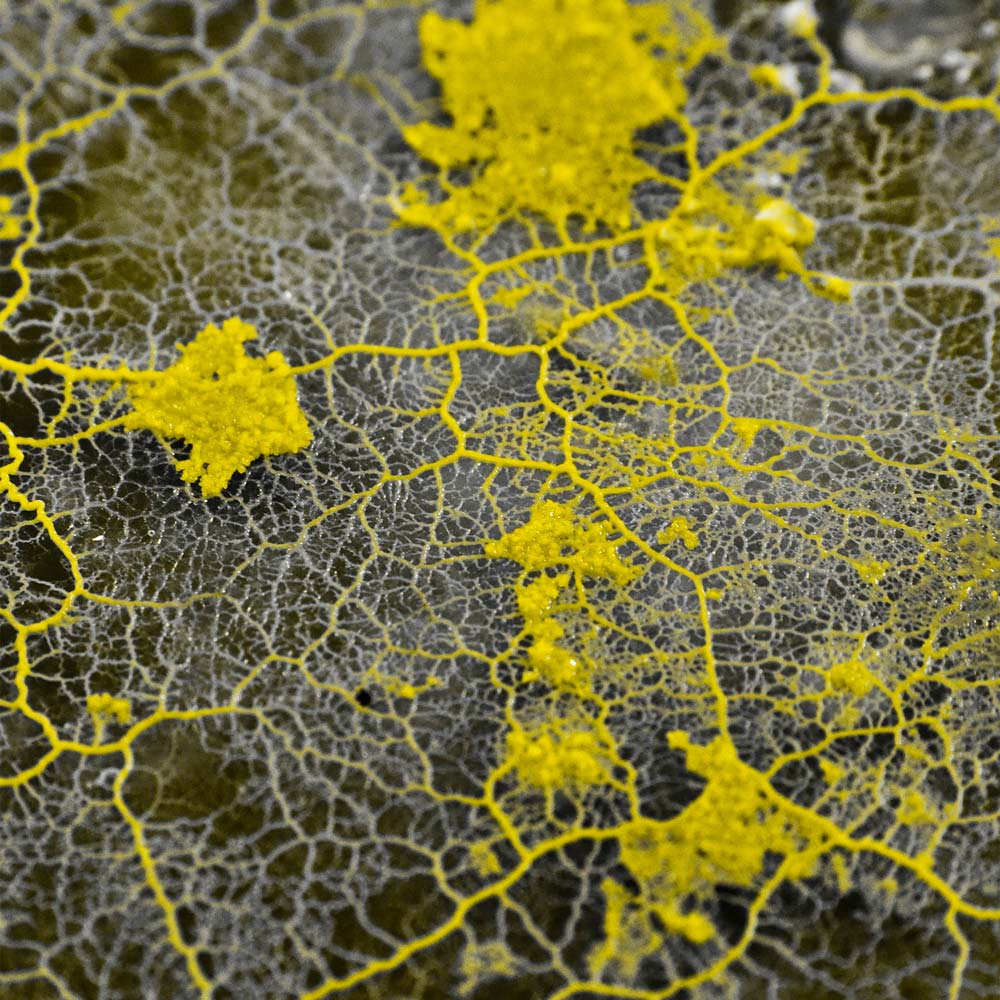 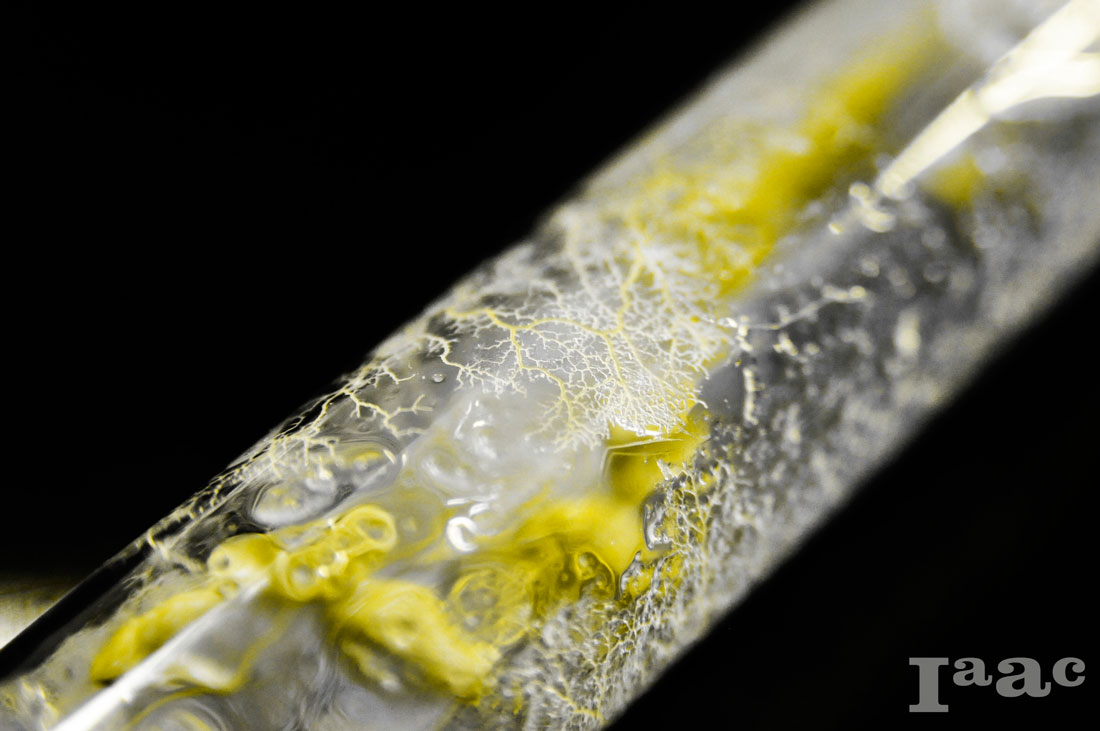 The Living Screens project reconstructs the space through an organism that is constantly altering the optical phenomena, the conceived physicality and the materialization of light and motion as an architectural element. The space is no longer static, as the play of transparency is continuously being modified. The organism’s density can be controlled based on how it grows, providing a layering effect that increases or lessens the amount of light that goes through the panel. In the project, the patterns produced naturally by the slime mold are the material which adds not only a functionality to the space but also an aesthetic value. The patterns and densities are always different and therefore the spatiality will always be different, producing a different experience. 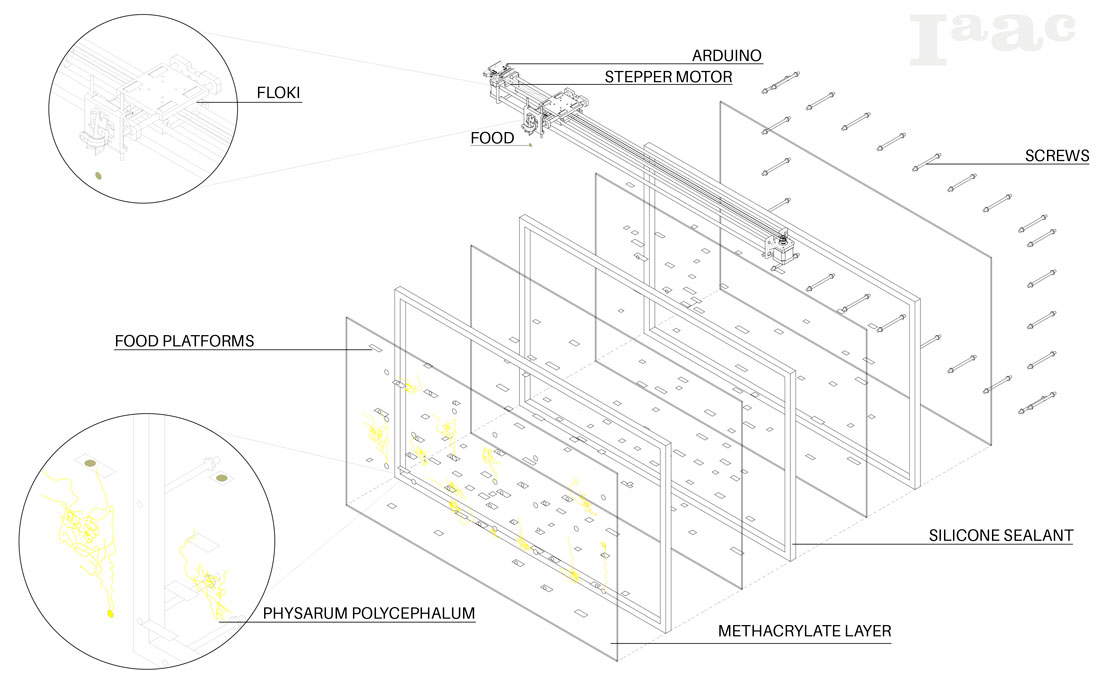 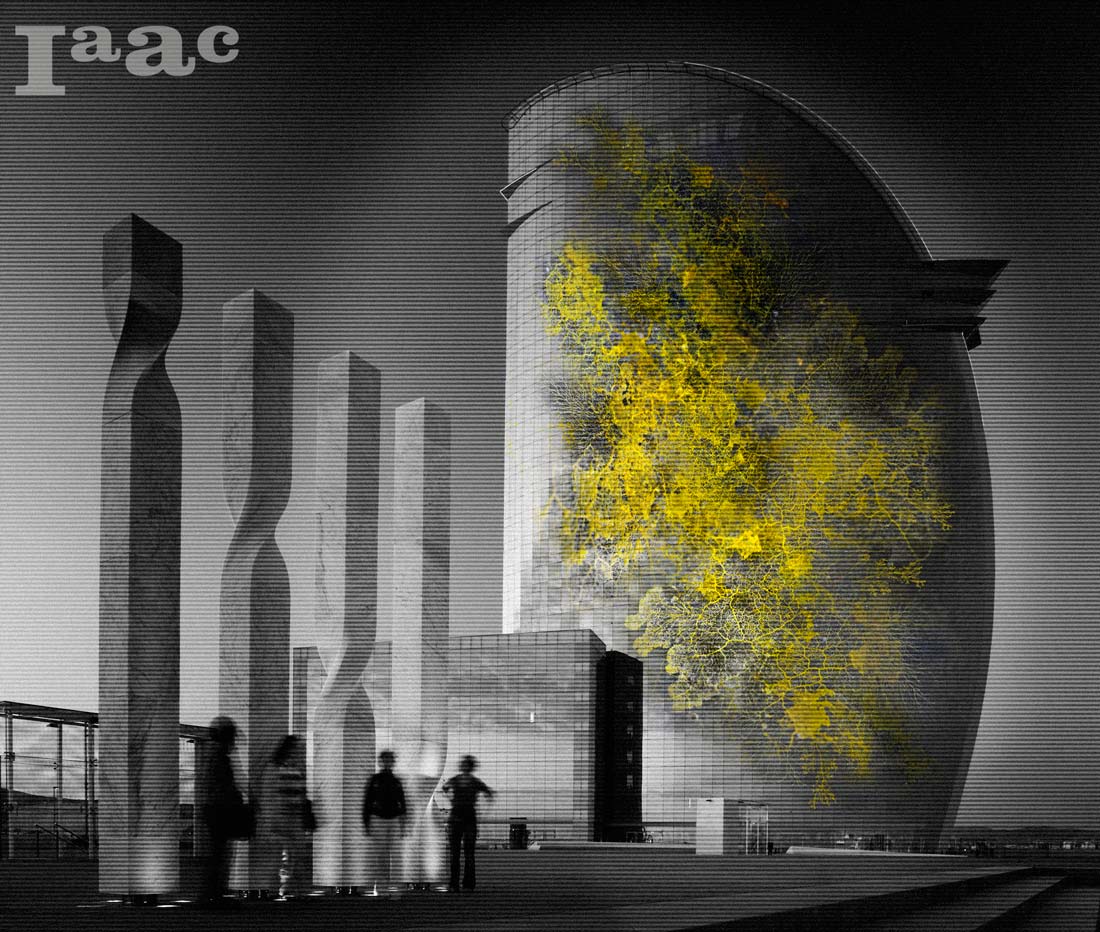 Living Screens is a final product and a design tool which adjusts its performance to any interior environment. LIVING SCREENS may take on a multitude of scenarios, evolving in situ and evoking a dynamic experience between the users and the architectural artifact. The flexibility of its performance allows it to be a suitable element for many events with a focus on location. Nonetheless, LIVING SCREENS is not only limited to interior spaces. It can be placed as an exterior element, such as the northern façades of buildings where the solar radiation is not harmful to the Physarum polycephalum’s natural development. 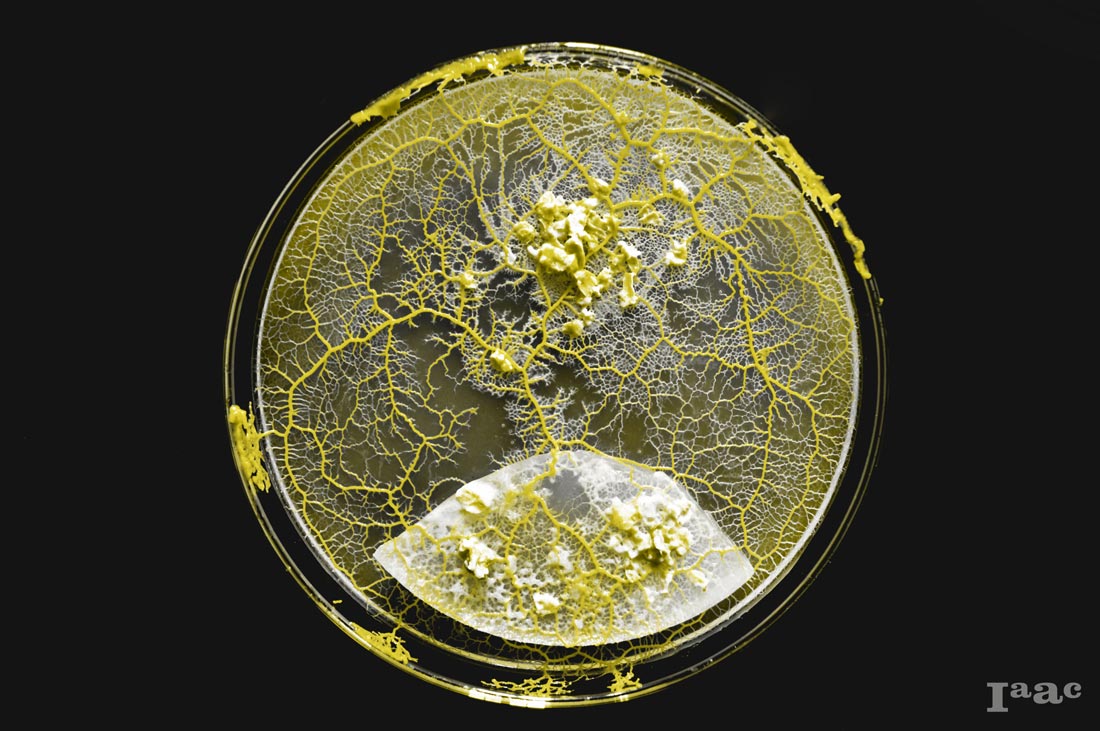