In August 2016, the local government in Mexico City launched an international competition for the construction of the most important public space project in recent decades due to its location, size and social impact. The competition summoned 400 firms from several countries, we won the first prize.
The project site is located on a section of the railway between Mexico City and Acapulco, built in 1898. The railway is no longer working, except in a 7 km section where the project is sited. The train still passes three times a day, constituting a singular presence in the park.
For many years the right of way was a residual space. People used it, although it was never consolidated as a qualified public space because it did not have the necessary conditions of security, infrastructure and landscape. 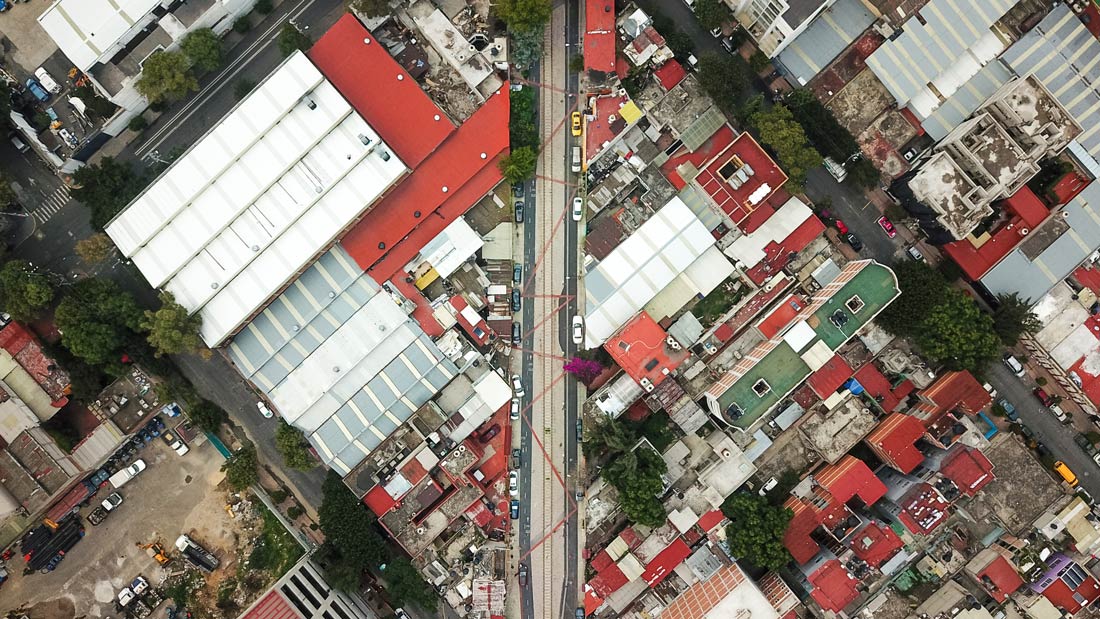 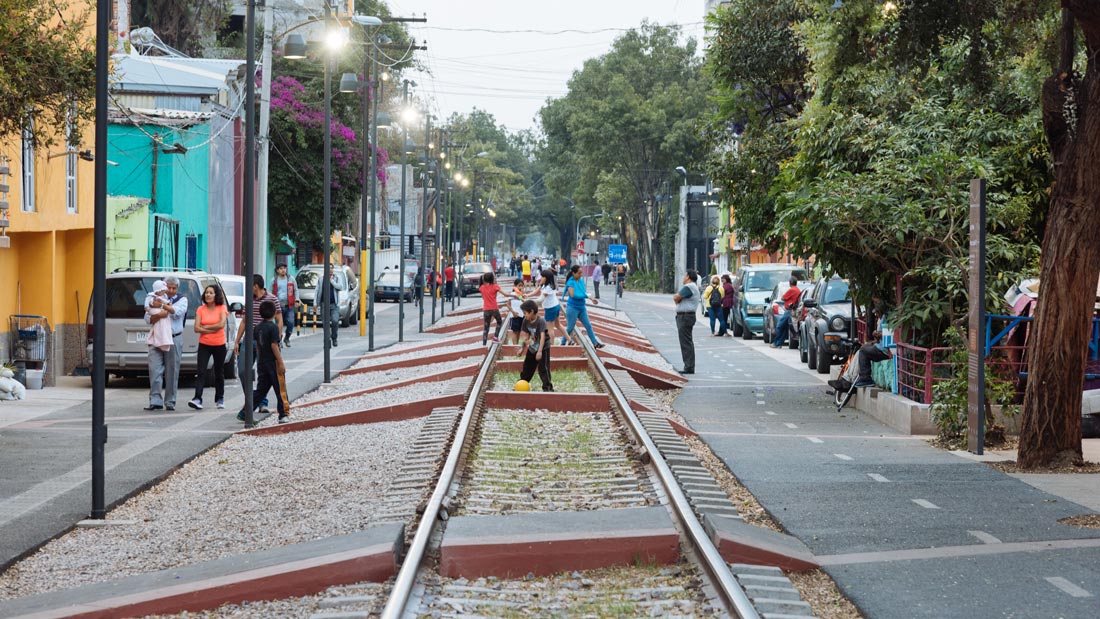 Mexico has a debt of water and green with its people; in that sense our proposal for the competition was radical: to build a 4.5-km-long urban forest on two levels.
The first level was the forest, interweaving 22 neighborhoods, benefiting more than 50,000 people.
The second level was the understanding of the linear park as part of a mayor system: the city.

The goal is the creation of a place that:
· enhances identity and memory,
· is sustainable with high environmental quality,
· is projected in time,
· has low-cost maintenance.

All these principles work with the vision of landscape urbanism in which the park helps build the city, linking all the different social sectors and integrating infrastructure, water management, biodiversity and human activity. 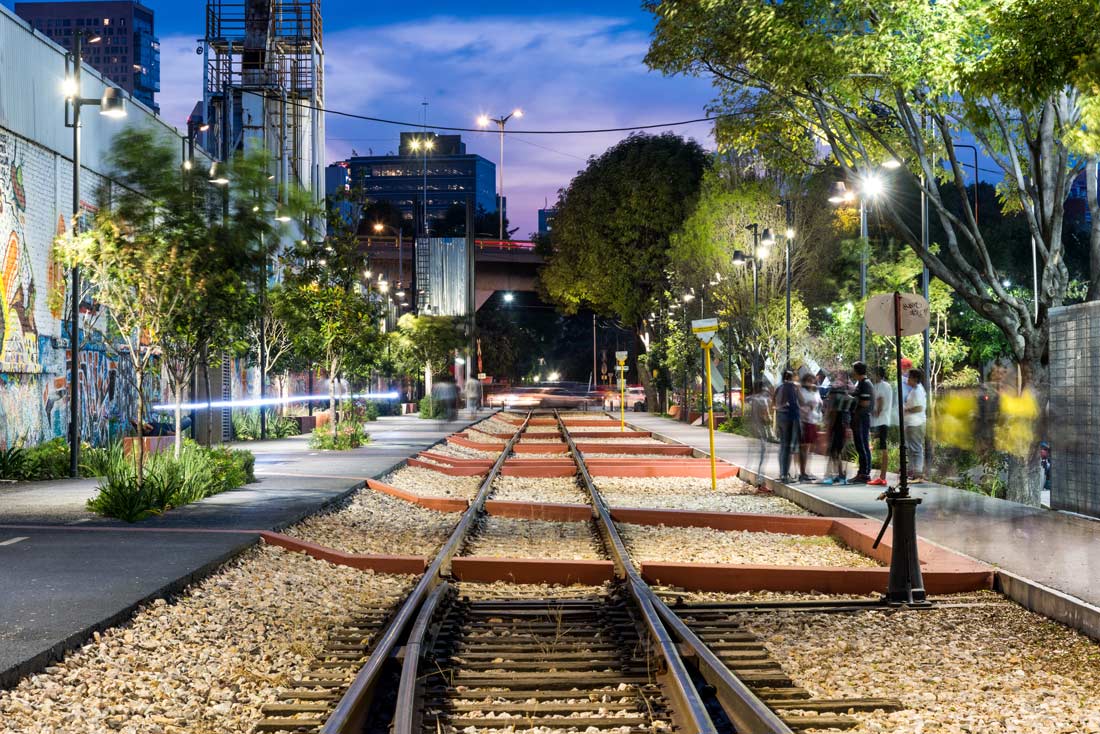 To achieve these objectives, we built the project following five principles:

Neighbors and citizens actively participating in the project

At the beginning there was serious resistance, but after two years of intense work the project has obtained a high level of acceptance and is now being appropriated.

Activating programs that are builders of 24/7 use 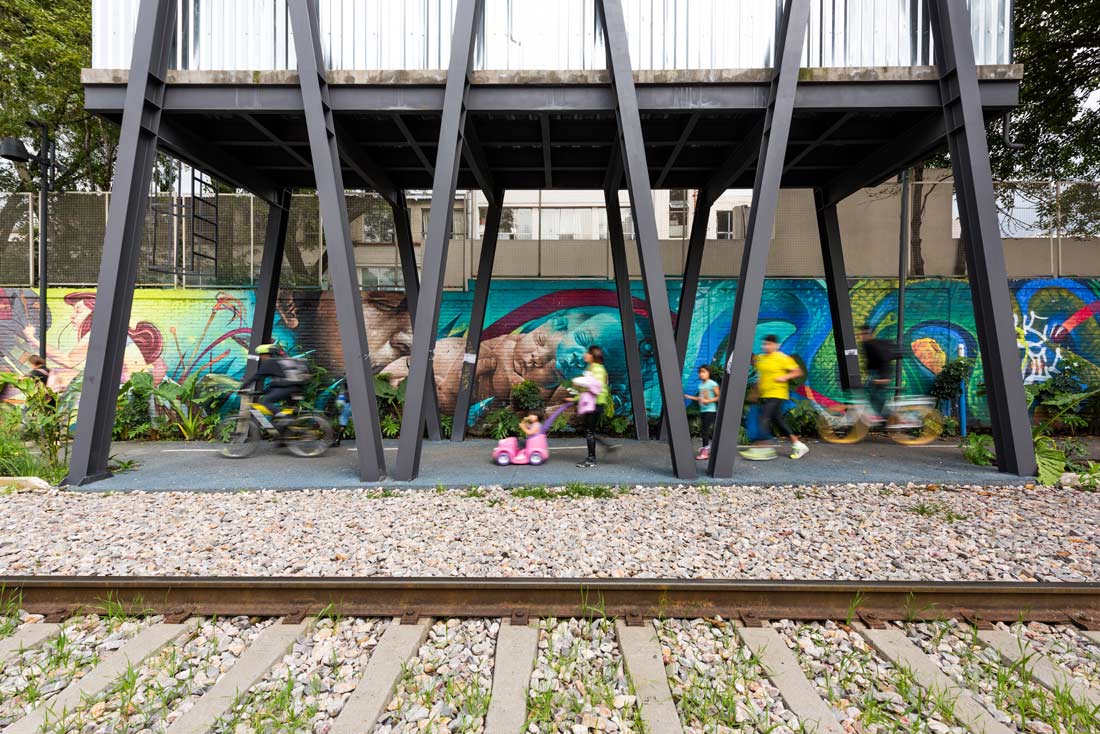 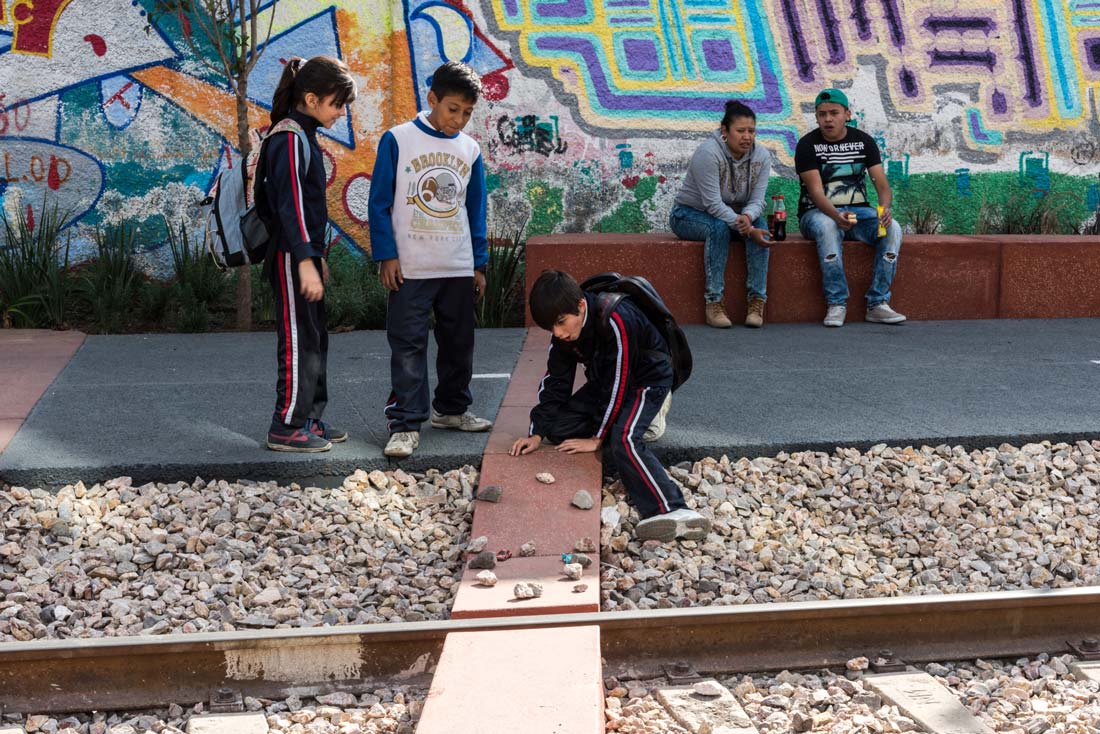 Green is an omnipresent element

We are building a forest that will be able to create a self-sustainable ecosystem. The trees and plants are endemic.

A celebration of water

The park has a triple system for water care: harvest of water through rain gardens; injection of water into the subsoil through biofilters to relieve city drainage; and catering and keeping treated water in water follies for watering during the six months of dryness. 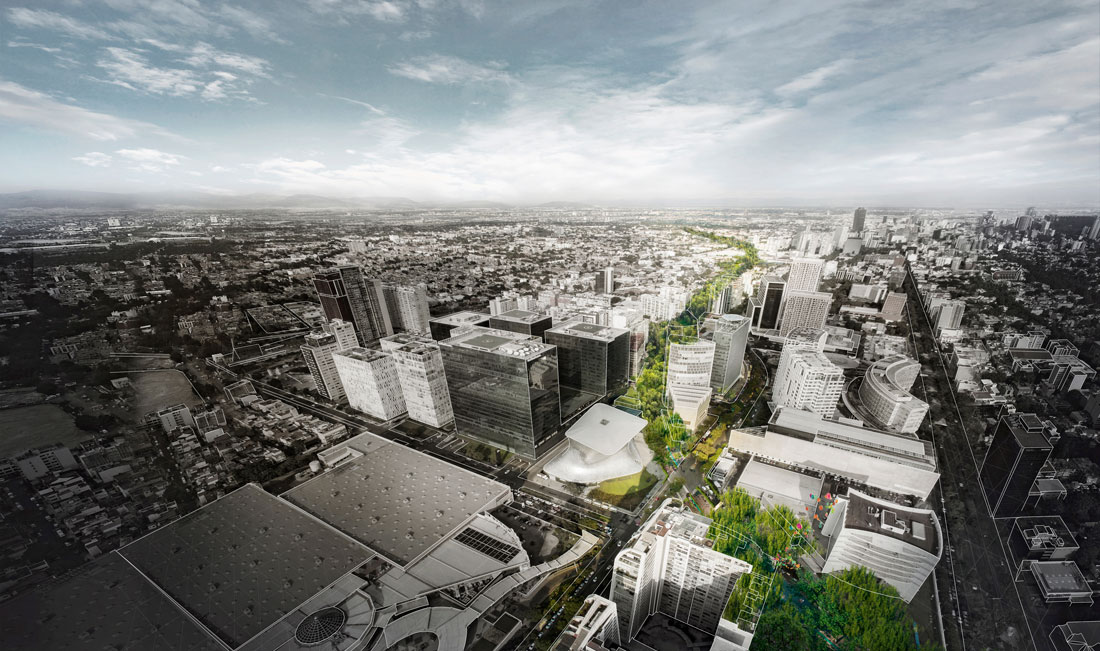 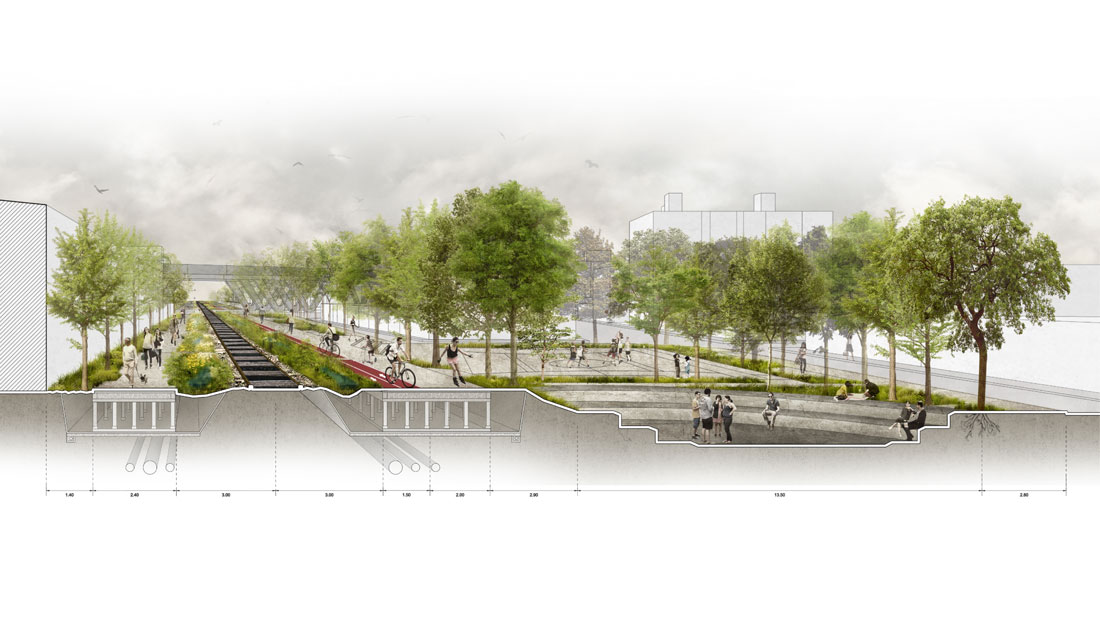 A concrete red line on the ground is a symbol of sewing. It is an anti-wall gesture, symbolizing the disruption of rigid systems, the tracks. It shows a direction; it lays at ground level, then rises to form a bench; it interweaves and connects. Is a place to sit, to look, to move, to play, creating a seam that stitches up the neighborhoods in the transversal sense, generating and encouraging relations from one side to the other in the social and urban fabrics.

Ten months after the opening, the park has recovered and transformed a residual and dangerous area into a democratic, safe place. The people are happy, and a feeling of pride and belonging is being built.

During the competition we said: “We don’t want to create a finished project; rather, we try to generate a design direction based on an open vision, starting with public participation in order to build a process and a project for the medium and long term.”

Our position is at the antipodes of embellishment: sophisticated furniture, overly designed pavements, or expensive fountains aren’t part of the narrative of this park. The budget and the urban and social context restrict us to an intentionally austere and sober position.

The best of cities is what they produce and offer free of charge. This is the achievement of many urban parks and we are sure that this is the big achievement of our Linear Park Ferrocarril de Cuernavaca.