In an era of privatization, cities are facing a major challenge: investment in the public domain depends increasingly on the private sector. As a result of this reframing of the collective agreement, the role of architecture is often reduced to the visual impact of its shape and surface rather than contributing to a new educational, social and civic dimension. The competition launched by the Ecole Centrale Paris for the design of a new engineering school has become the perfect opportunity to explore ways to answer this demanding challenge.

Laboratories are typically planned as linear buildings, a large box divided by endless corridors. Such a typology creates a “blackout” of the urban conditions; the building becomes a gigantic wall due to its extremely isolated and internalized programs. We can instead imagine laboratories as a collection of discreet parcels in an open plan grid; in this way, a city can accommodate endless configurations of programs and activities. This method provides a stable framework for constantly changing requirements; the program may be reconfigured or intensified as necessary. 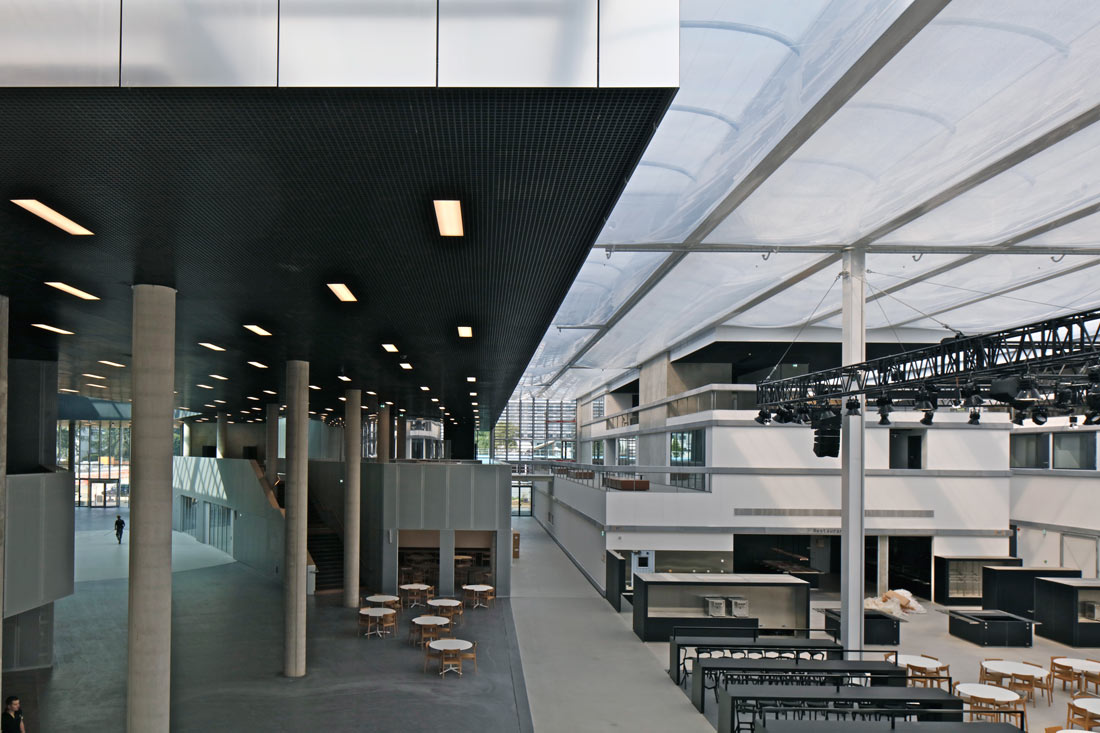 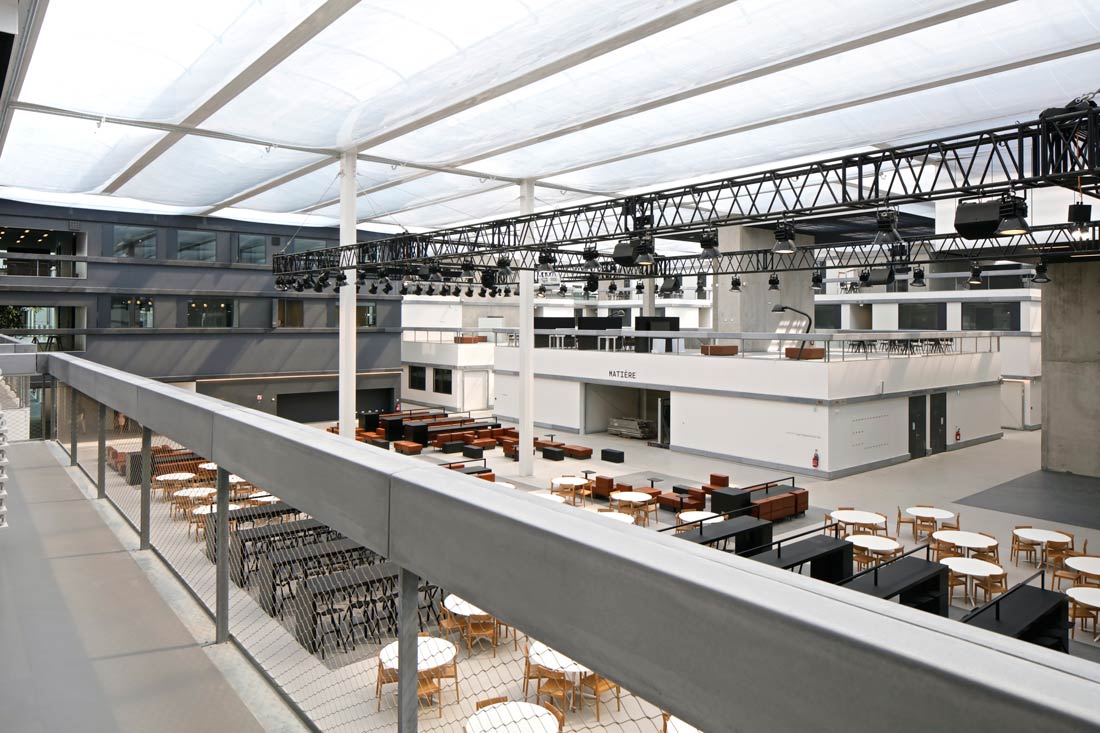 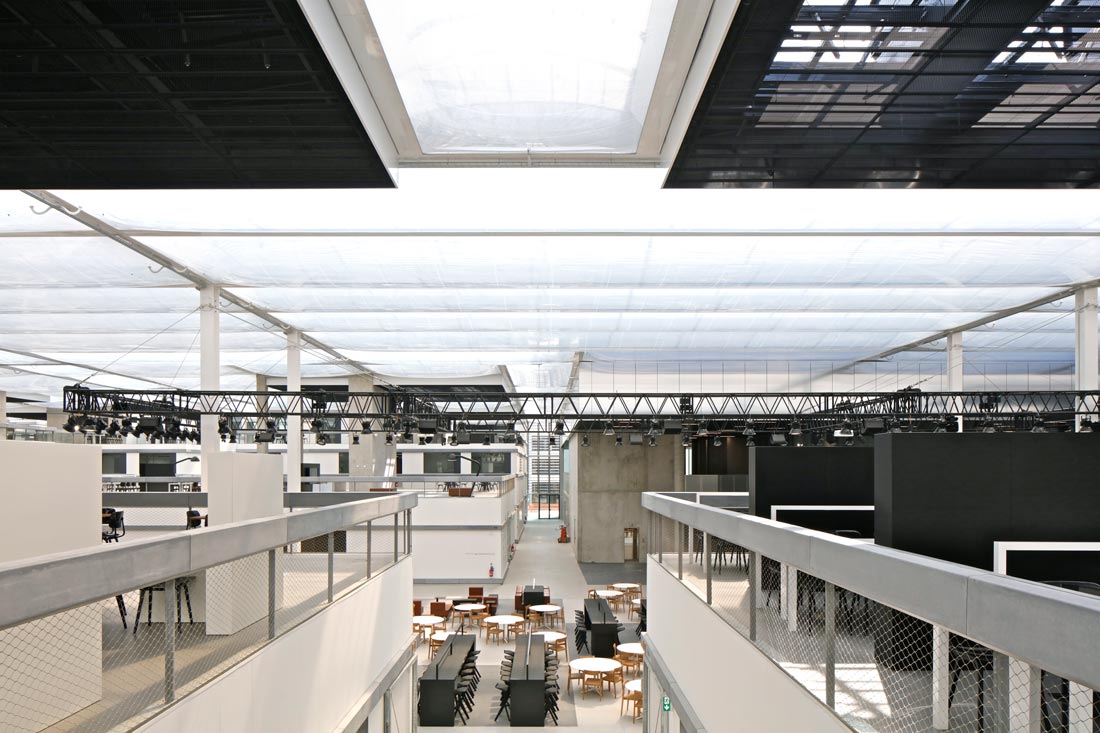 This re-contextualization implies freedom to formulate new types of learning styles that promote community, plurality and diversity of the population within a dense field of knowledge, while ensuring the pure operation of the engineering school as an educational incubator. OMA’s design integrates urbanism with the school, supplanting the previous homogeneous experience of the campus. 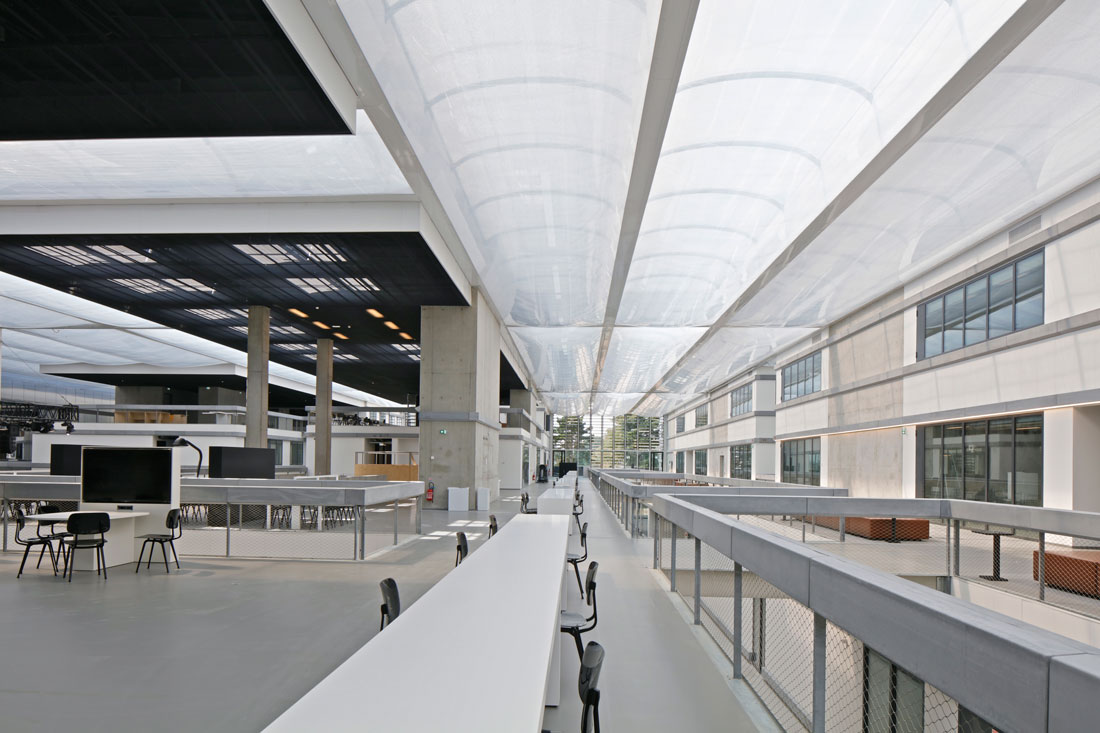 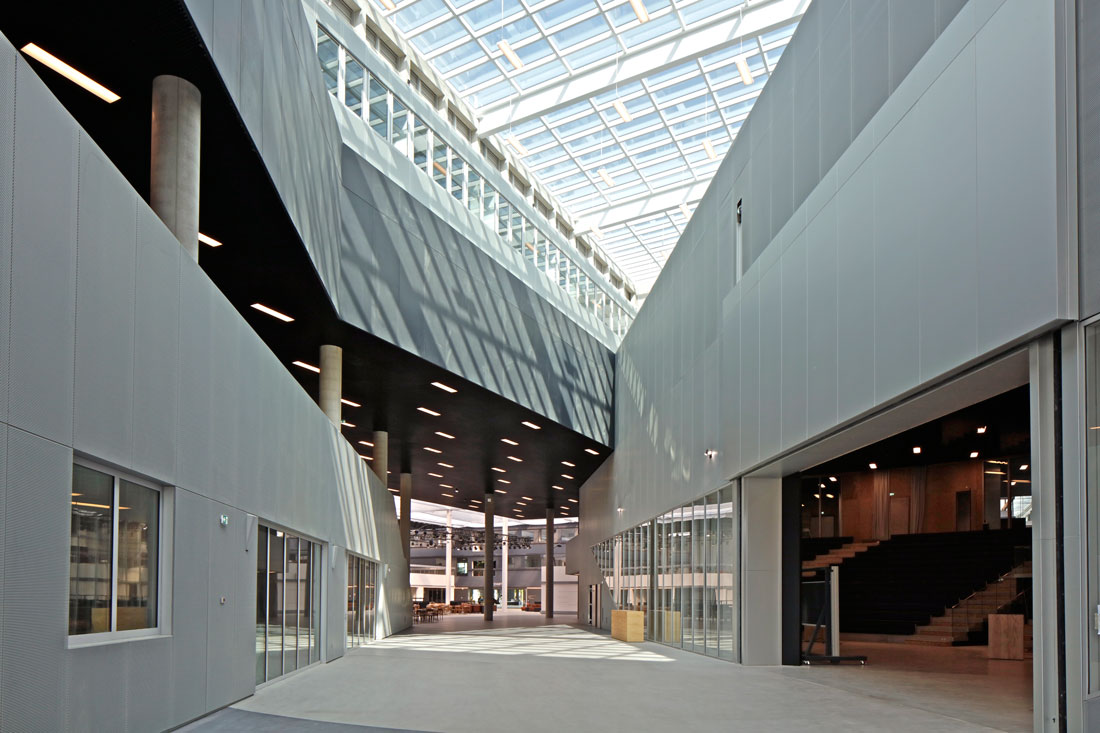 Thus, the concept of a Lab City was formed. The architecture of the Lab City generates an open urban school, with creative disorder framed under a structural skeleton. By creating a main street, cutting diagonally across the Lab City, the design allows a seamless experience between the building and its surroundings, providing a convenient public route between the future heart of the neighbourhood and the future subway station. 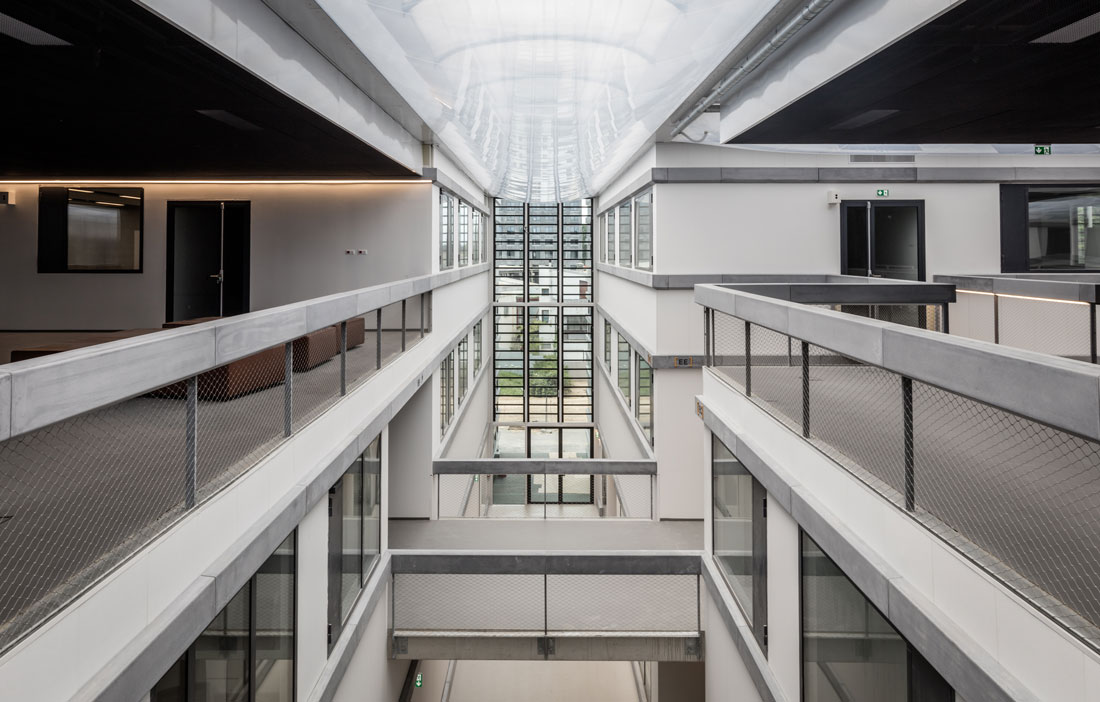 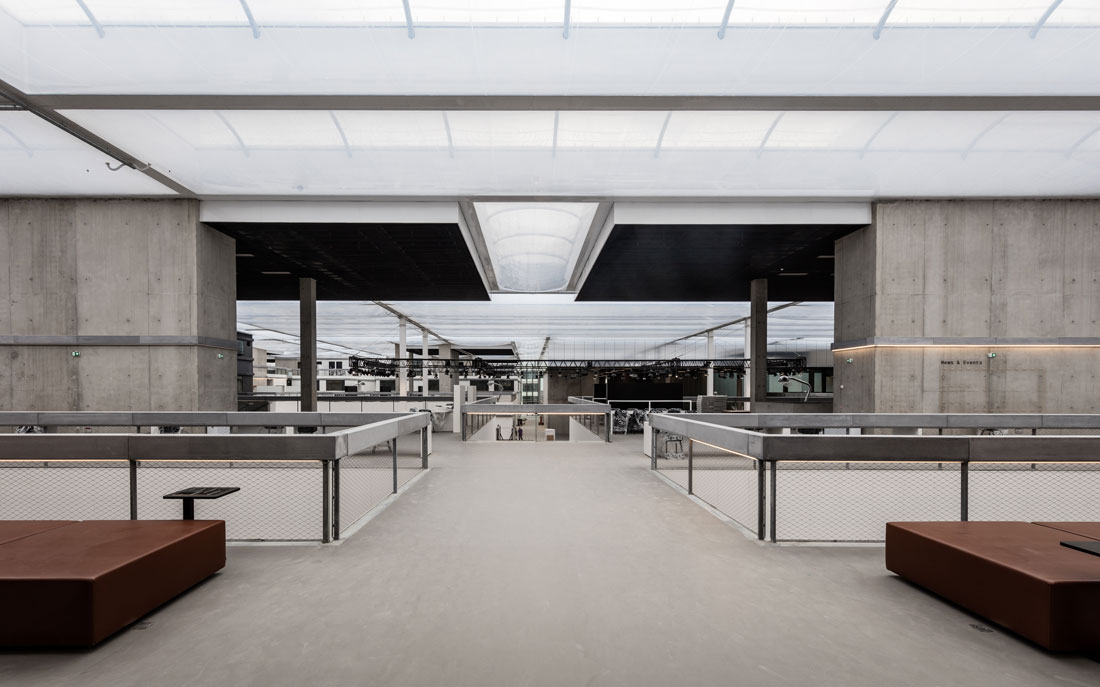 Around this urban spine, the program is spread in different buildings of various typologies and sizes, organized on an urban grid served by secondary streets. A unique lightweight roof covering the entire complex completes the scheme by creating a strong link between the different buildings and allowing “external” protected spaces to be used freely all year long. 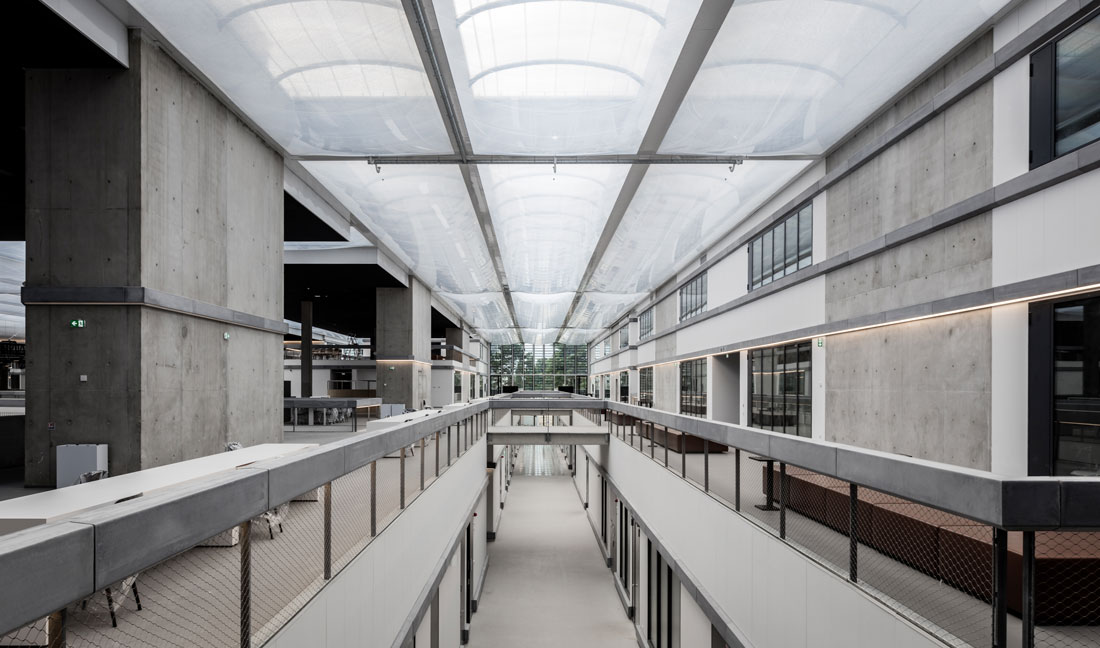 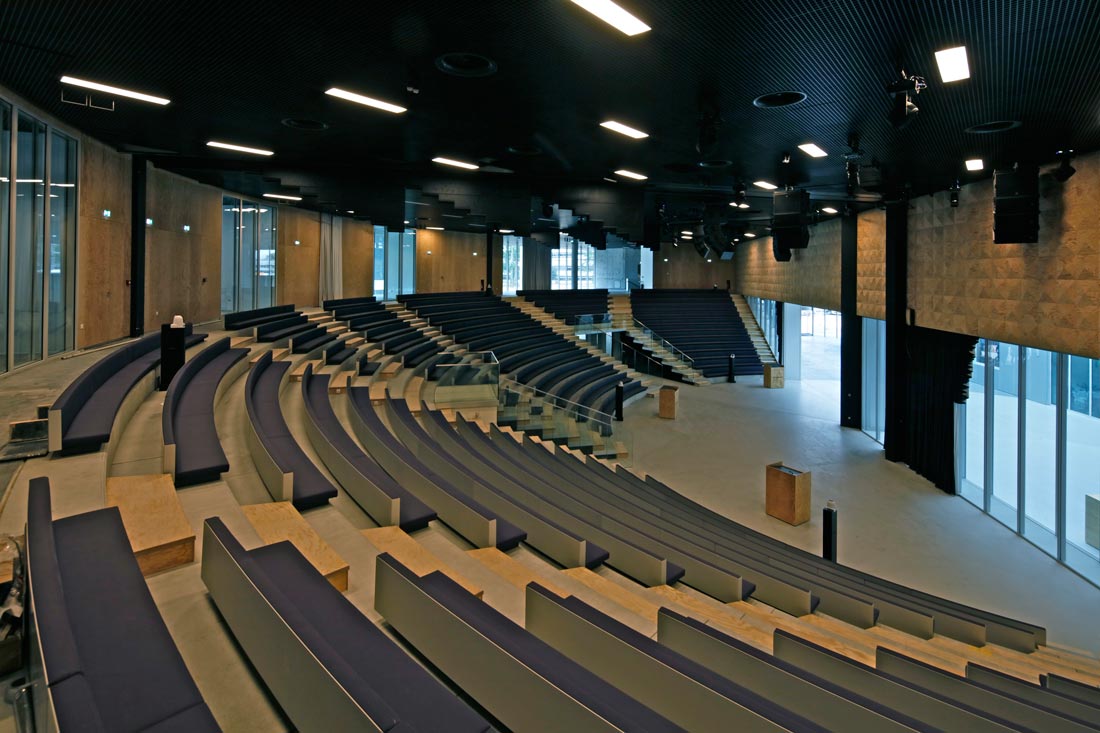