The pavilion designed by architects SelgasCano and Helloeverything for a Copenhagen art museum has been transported to a Kenya slum, where it will serve as a health centre for adults. 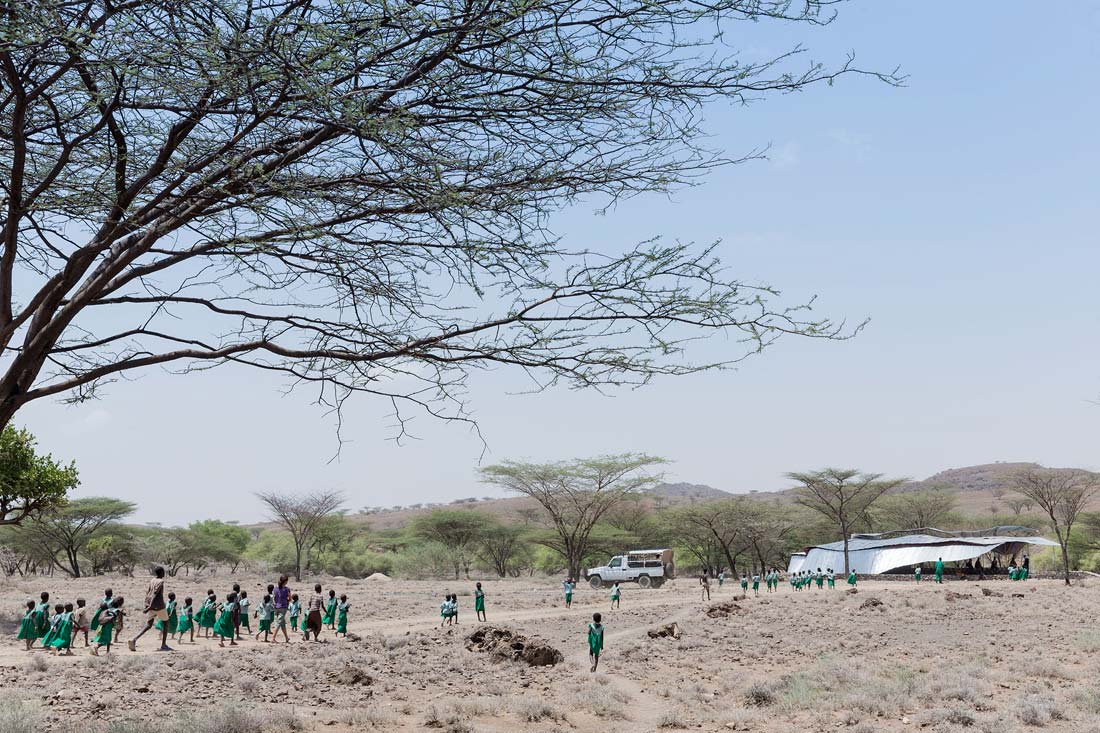 The Louisiana Hamlet Pavilion was packed in shipping containers and moved to Konokono, Kenya. 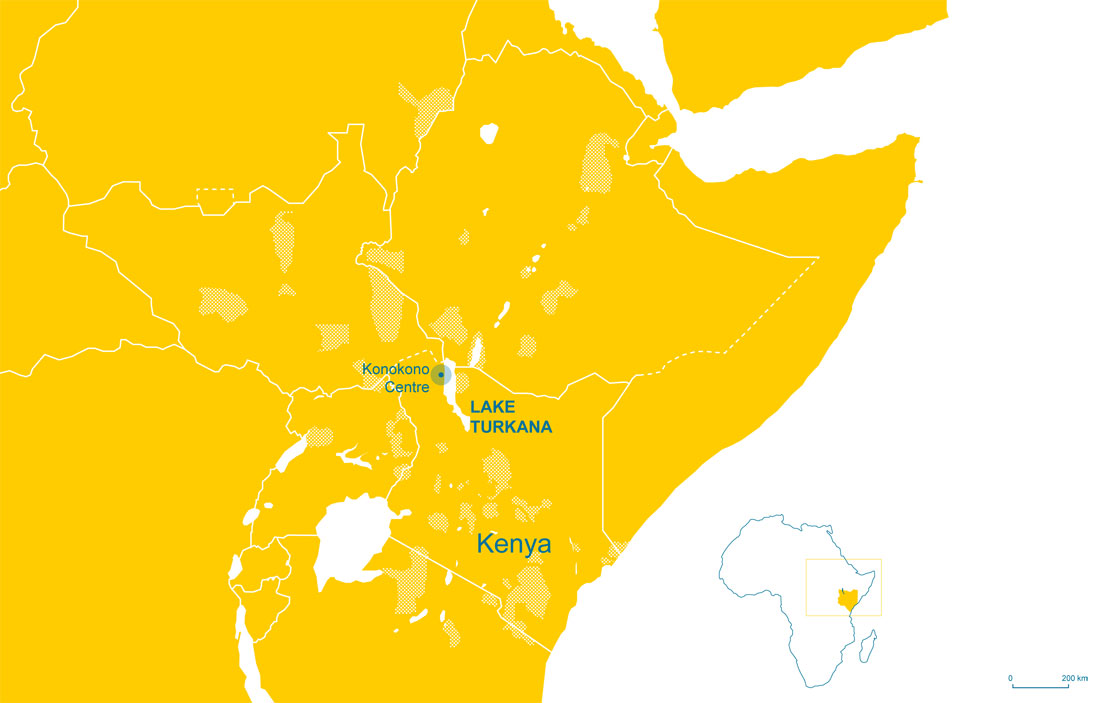 SelgasCano and Helloeverything’s Lousiana Hamlets Pavilion was erected in Copenhagen in 2015 summer as part of the museum’s Africa: Architecture, Culture and Identity exhibition. 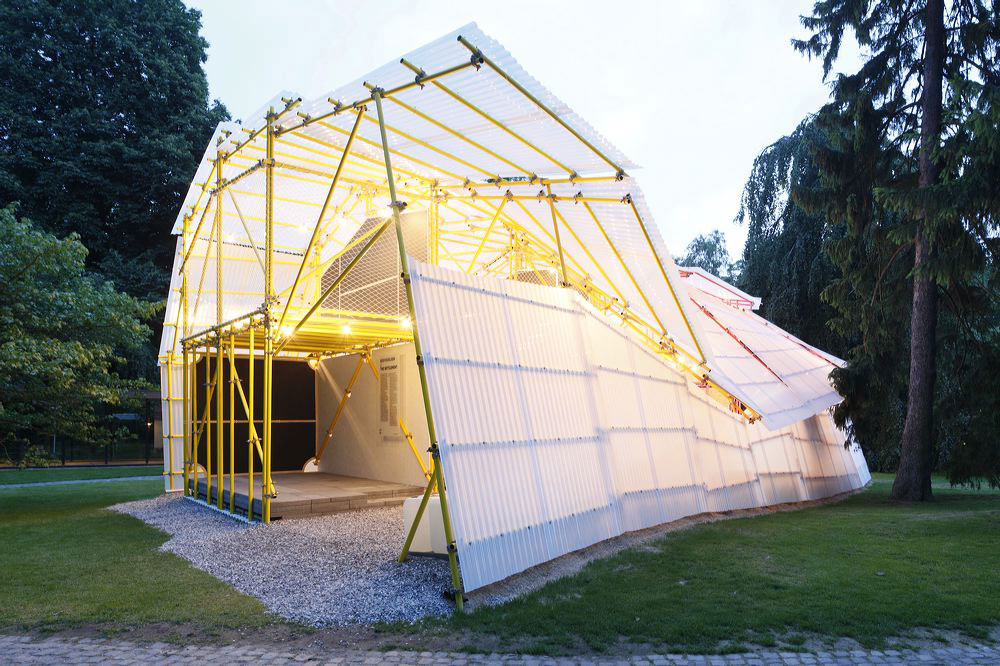 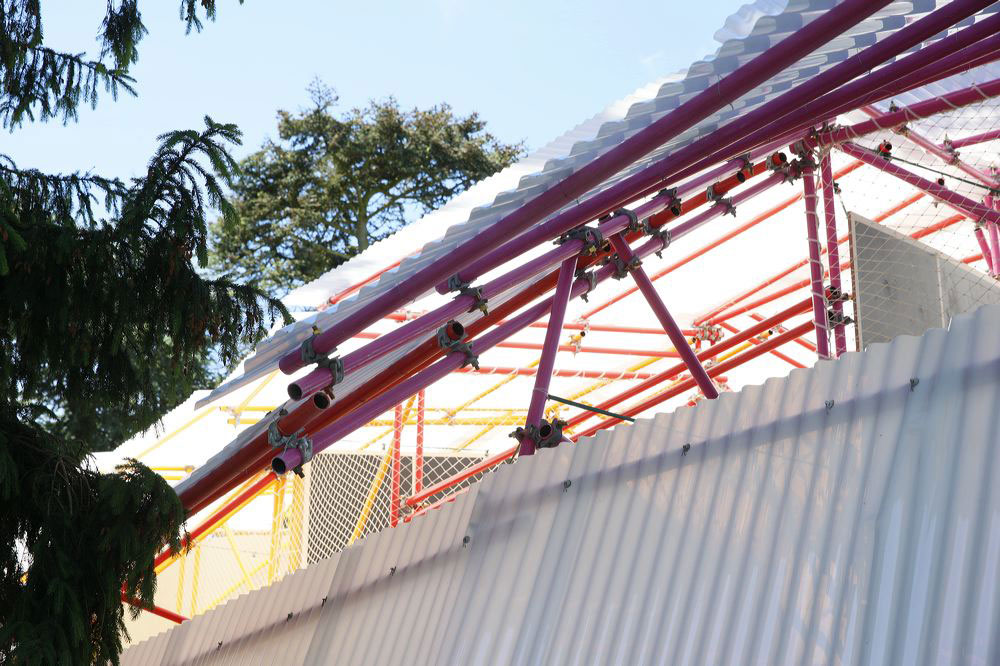 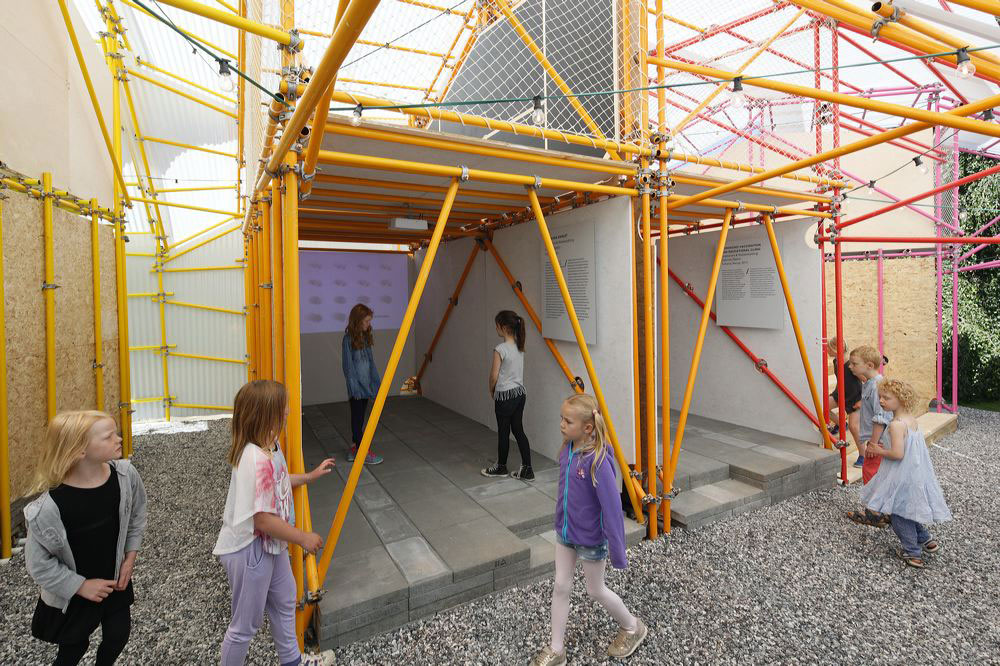 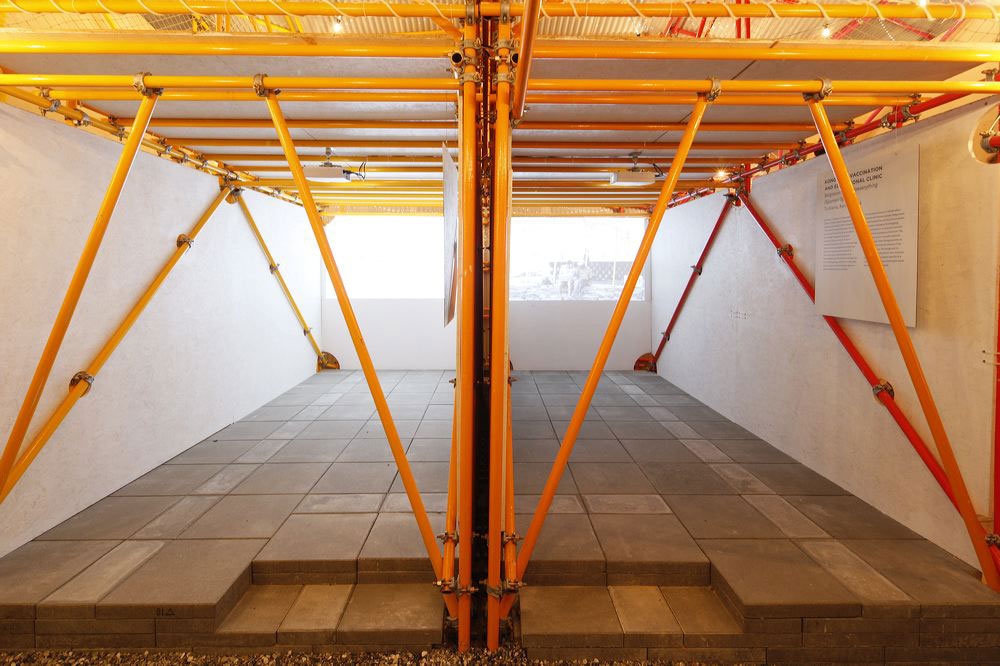 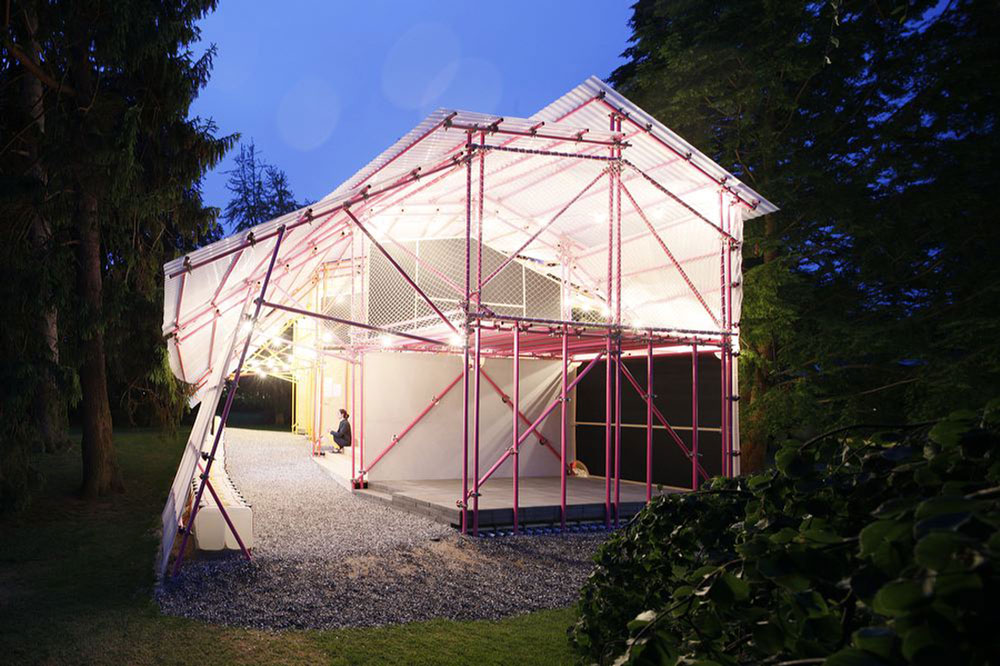 In spring 2014, an MIT architecture studio course with 10 students visited the Turkana district in north-eastern Kenya. It was the beginning of the study trip that takes place every year in spring, financed by MIT. This trip was the central event on the course program for the studio called Unmaterial, proposed by SelgasCano during their year-long stay in Boston. The first part of the course, before the trip, consisted in researching different aspects of the area, mainly related to the climatology and history and, more broadly, the architecture of Sub-Saharan Africa in general. 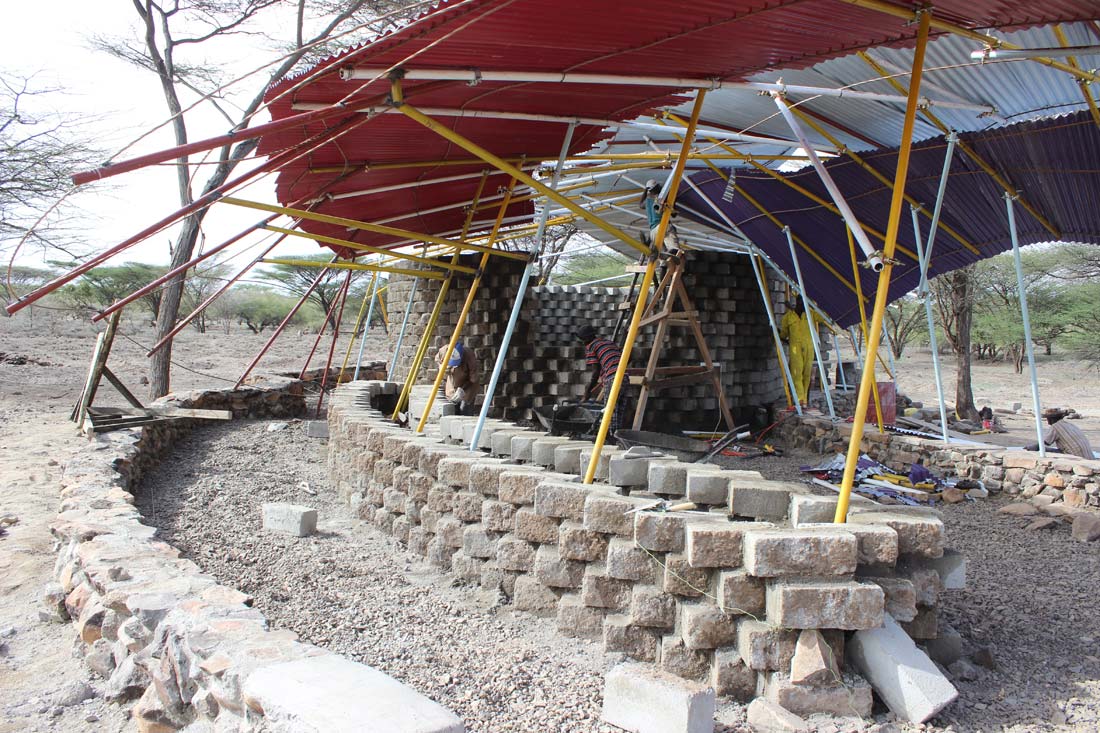 The trip was the turning point before beginning work, after their return, on a joint project involving the whole studio. It was a completely real and entirely charitable project, a vaccination clinic and adult education center for the Turkana people in the area surrounding Kokuselei. The Turkana are a nomadic people, with a population of about 1 million spread out over an enormous desert territory, who live exclusively off of herding goats and camels, drawing on thousands of years of tradition and knowledge. They have been largely disregarded and consciously not interfered with by contemporary civilization. They are unaware of agriculture, nor would they be able to grow anything due to the lack of water. Design of the project began with the visit, and it was ultimately defined during the second half of the course with collaboration from all the students. It was finally built in the summer of 2014, between July 4 and August 12, by SelgasCano, 3 students from the course and a large number of Turkana people, who were paid by the hour. The total cost of the project was €25,000, including all the materials and labor. In the interest of clarity, we would like to reassert that the cost of students’ travel was entirely covered by MIT, as is the case every year for the spring trip to different parts of the world. It was not included in the budget for the pavilion. 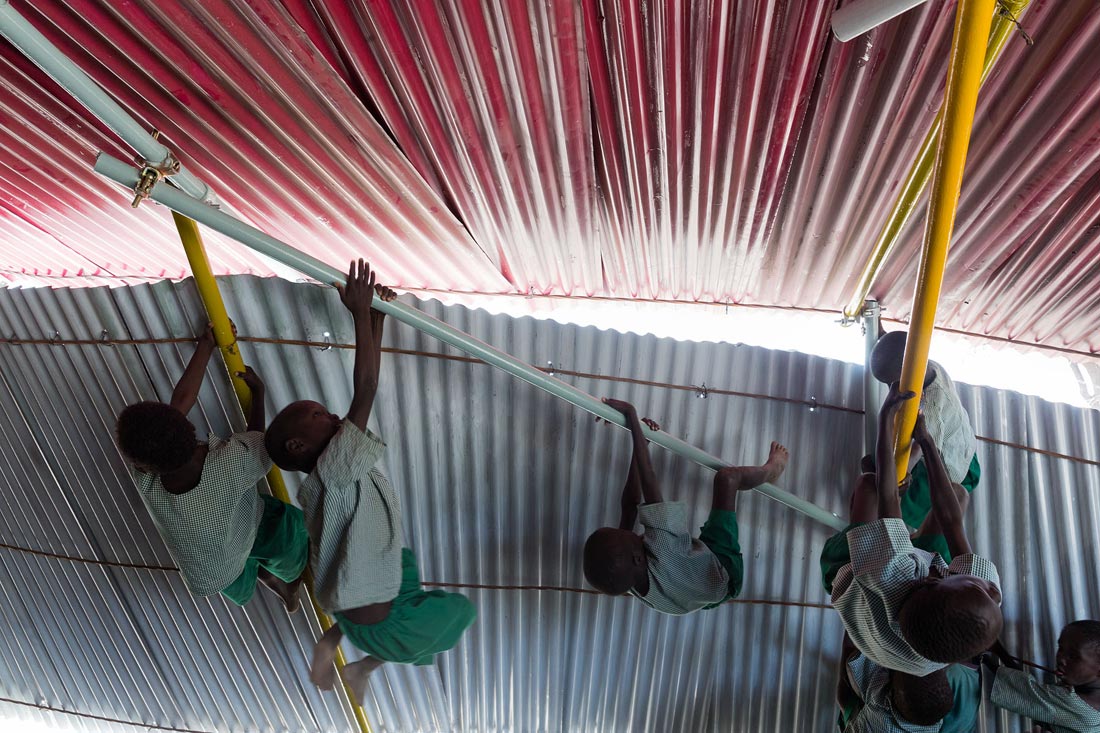 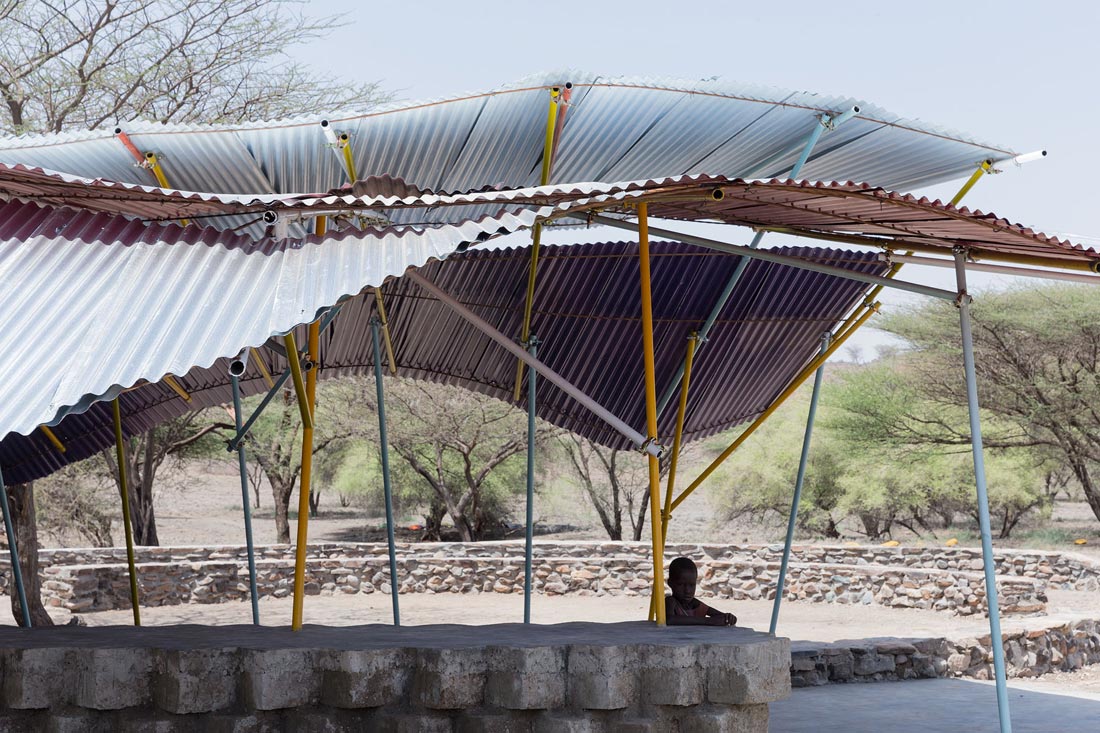 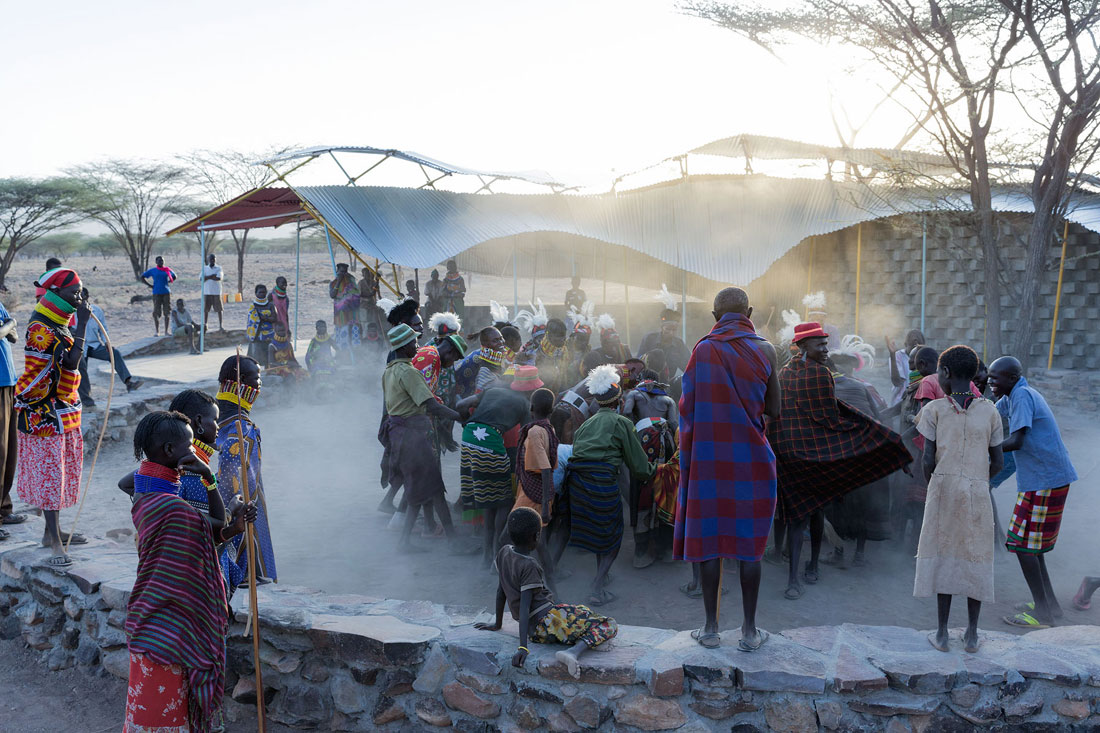 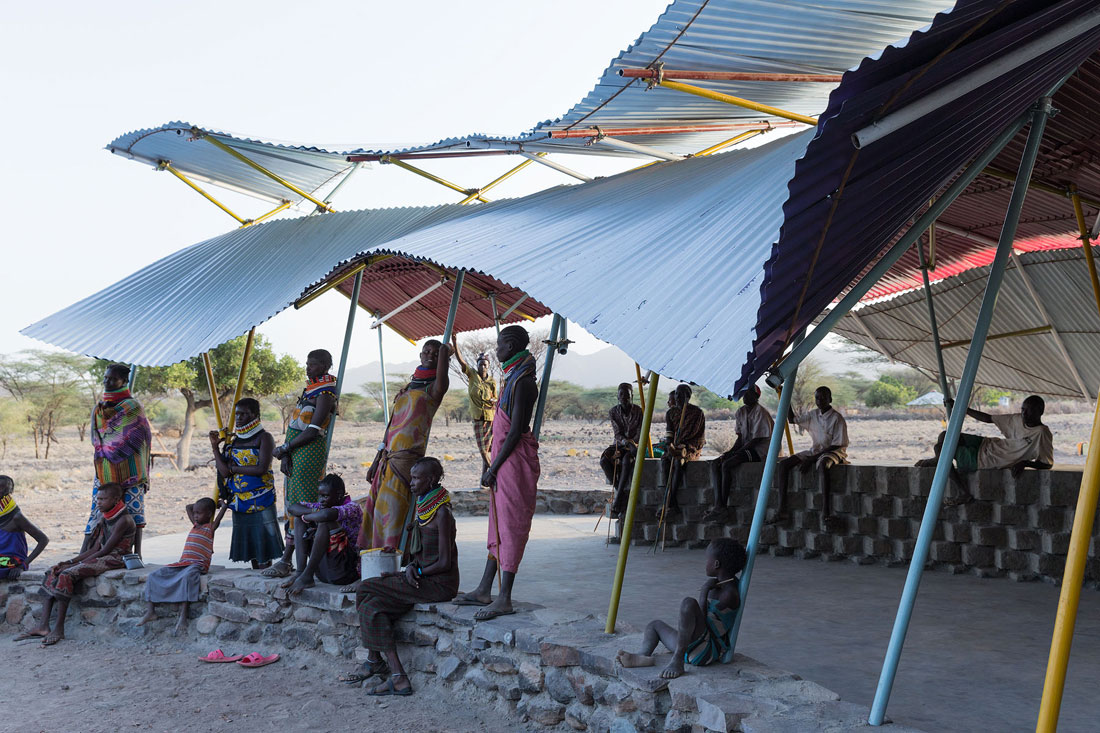 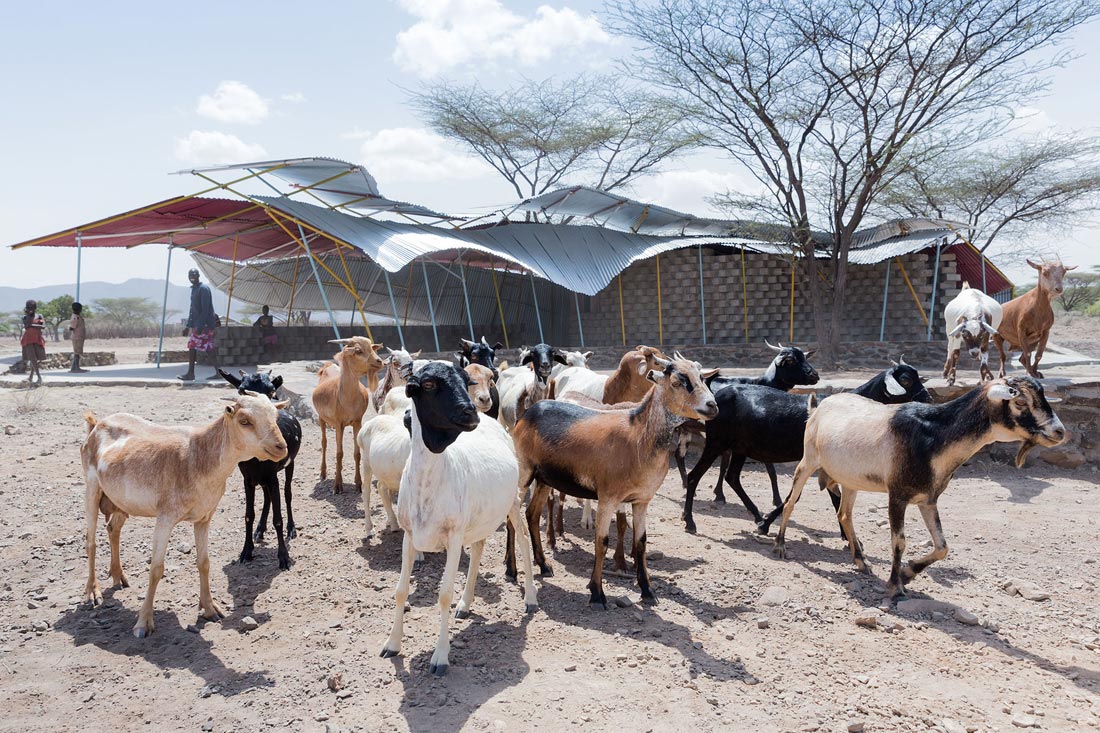 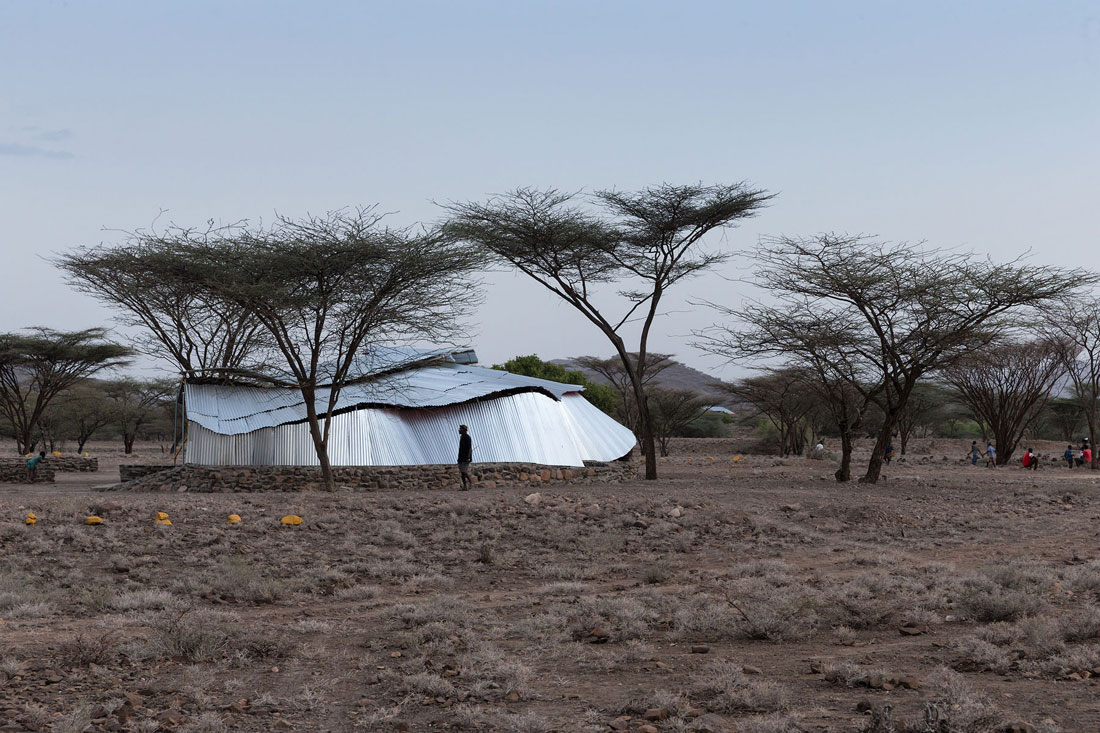 SelgasCano introduced this project as follows:

The studio will research the materiality of unmateriality as a continuous experiment: We´ll begin the course with six different quick and personal experiments with subjects relating to the unmaterial: climate, artificial light (gleam), revamp, structure (elevate), color (technicolor), and nature.

After that, we will move to a phase called BEGET, where all the previous experiments are fused into a main Project, which is a multipurpose building that has to be constructed, and we must complete the project to the last detail. This project has to be made in collaboration with all the students. We´ll deeply explore the possibilities of working with less, even with nothing, or with the few materials on hand in the middle of nowhere. Because the site proposed for this final project is in the middle of Nowhere (in the nowhere region that is Turkana, Kenya; in the middle of the most central and arid Africa), there is no existing comparison in the world economy of such very extreme emptiness. It is a land which is not even a desert—no materials, no water— nothing material; but where life happens.

How big of an impression could this be for an architect working in such extreme conditions—so far from all the concepts and possibilities learned at MIT? This experience may be similar to being in the middle of the desert with yourself; maybe the same as going to the only things that really matter. An experience like this is something that may never be possible again in the future.