It always takes time to make something great, but what surprised T2.a architects about its Jazz Loft project was how a forced break unexpectedly led to a more refined and rewarding building in the long run. Renovated from an abandoned 19th-century mill, architects Bence and Gabor Turanyi were first tasked with the delicate refurbishment work back in 2005. One economic crash and a change in vendor later has led to a project that has evolved through a number of growing pains before finally becoming the structure that it is today, 15 years later. Jazz Loft proves that a solid plan, the architect’s vision and great determination aren’t the only requirements for a great building; sometimes the building itself will have a life of its own.

When the project first began, the conservation of the old industrial property – which was built in the 1860s and had been used as a mill – was of the utmost priority. This was on top of a new apartment complex that was to be built as part of the neighborhood’s development, requiring the two buildings, old and new, to share a harmonious aesthetic as well as a communal garden. But it was the industrial look of the old mill’s structure that was compelling to Bence Turanyi. The red brick exterior was restored, which was then reinforced with concrete to maintain the integrity of the building, while also pairing a modern industrial look alongside the more traditional. 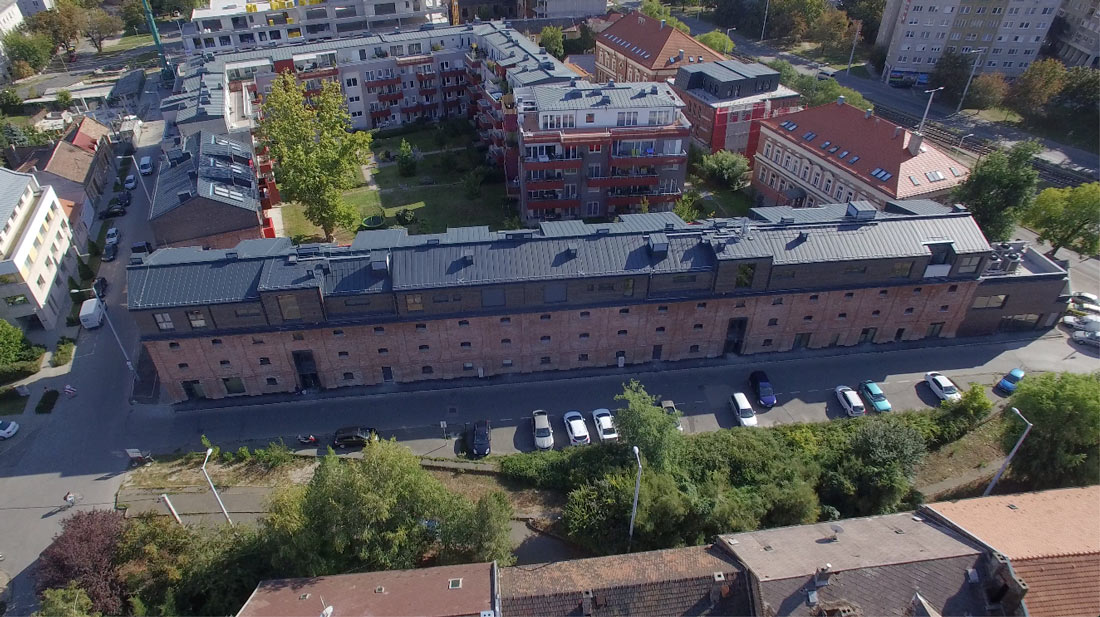 However, the financial crisis struck in the late 2000s, running the project farther and farther away from T2.a’s original intention of high quality and ultimately leading the client to abandon the project altogether. Despite its refurbished shell, a half-finished concrete attachment built on its top lacking the bold steel rooftop, the old mill lay dormant once again – this time for almost a decade, until which point a new client came on board. 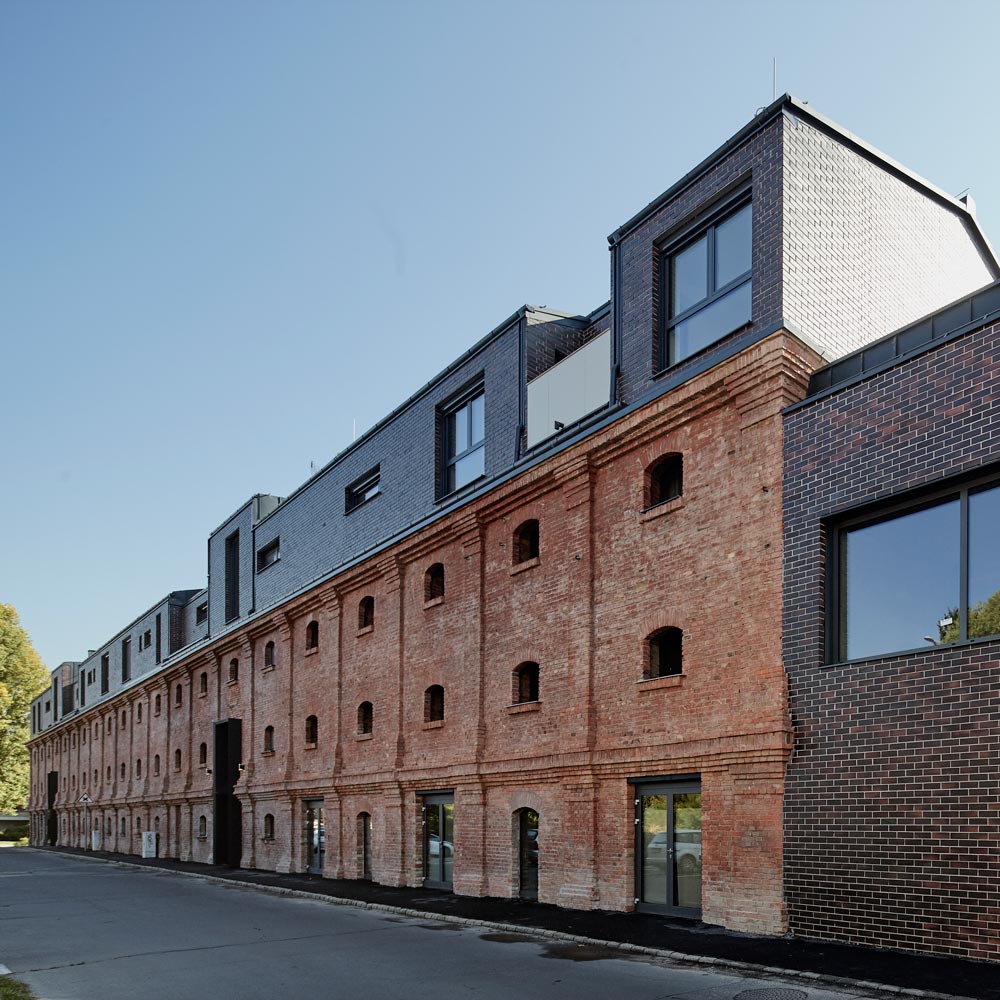 “The new owner understood the values of the building and its potential,” Bence explains of this milestone for the property, highlighting the importance that high quality architectural and technical restoration held for the project from the start. “We restarted the project at the last moment; there was a question at the beginning whether we could even still use the structure because it was so wet and full of salt. The main task was to prove this and to find a way to keep it as is.” 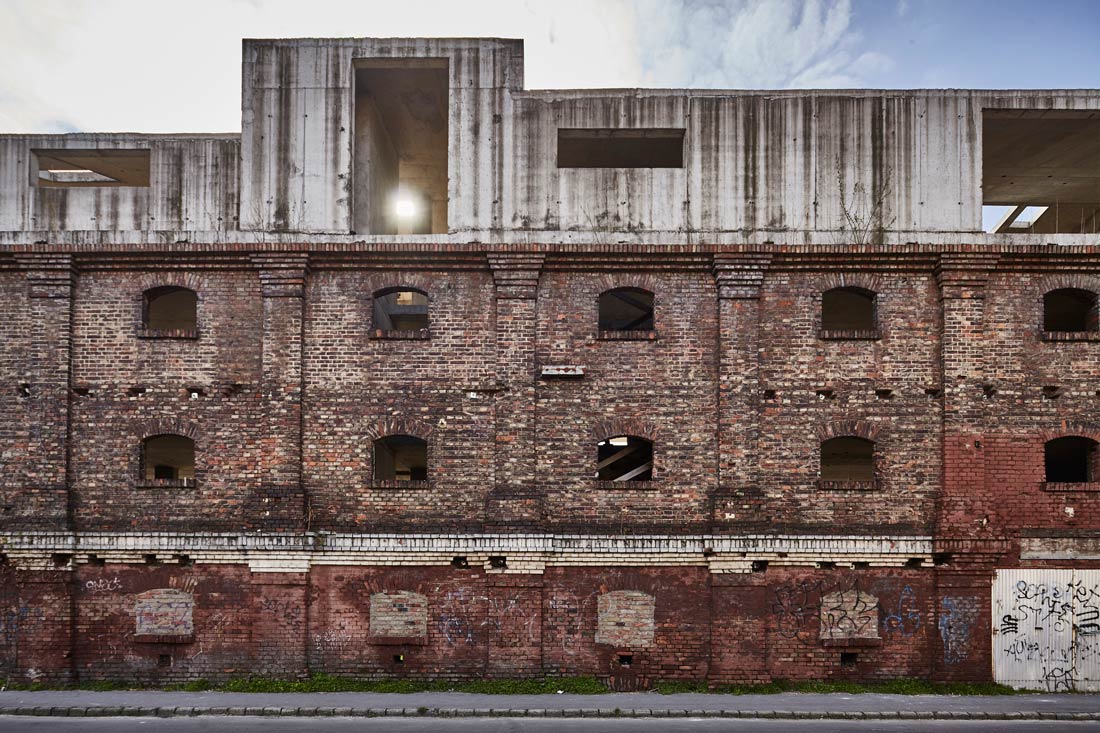 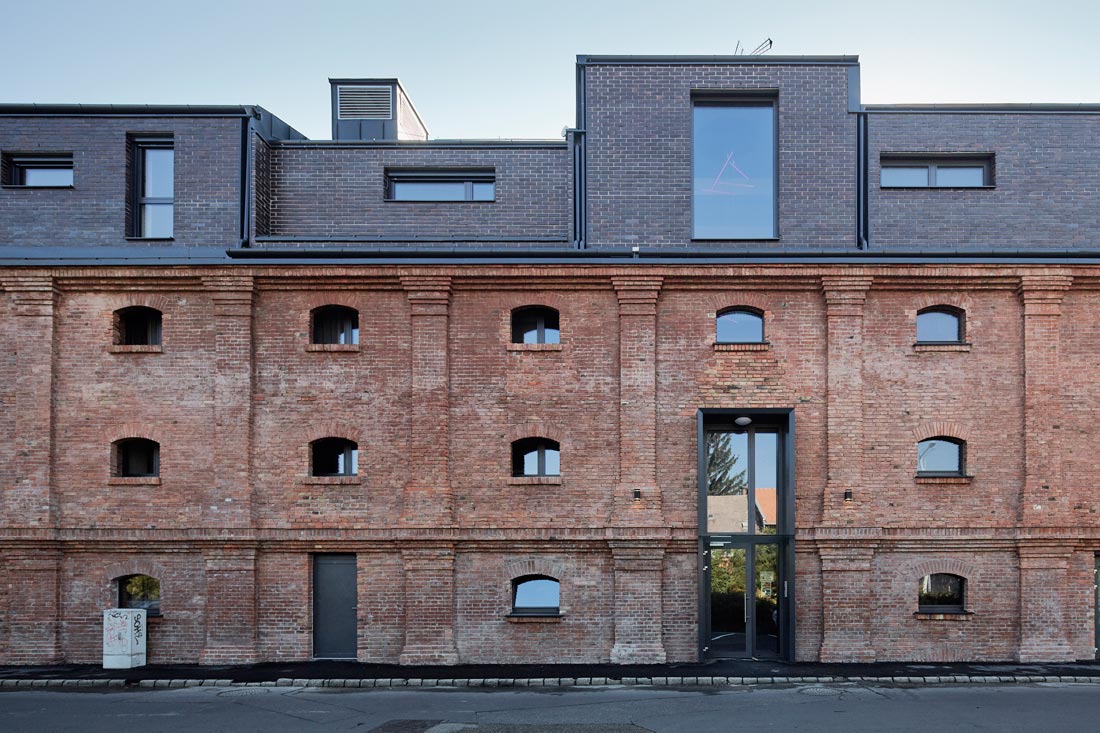 In this way, T2.a could ensure that not only the building’s original heritage could live on, but the story of its tumultuous rebirth, too. The attached concrete structure inspired Bence Turanyi with its simple, naked elegance, and this led to a new approach to the mill. With this separation of time, the building’s regeneration was more homogenous with its origins, blending the brick façade with a careful and elegant roof created from an asymmetrical line. With the purple clinker brick and large double glazed windows of the added top floor, there is an immediate contrast that gives the industrial building a modern appeal. 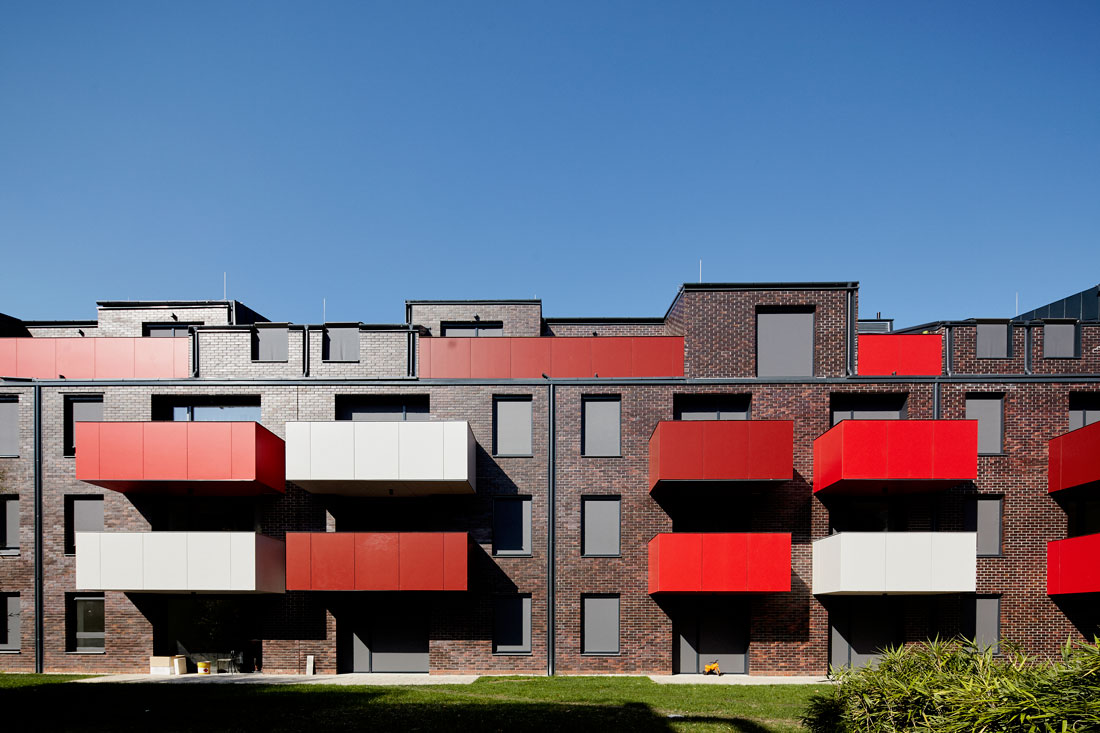 While the outward-facing walls maintain a stoic sense of its history from the road it runs beside, the inward-facing walls – which overlook a gardened area for the building’s inhabitants – have a much more playful appearance. This is how the original mill building and its modern apartment block opposite were able to blend together more seamlessly, thanks in large part to the brightly colored balconies that add character to the whole structure and refer back to the look of the apartments. This is true of the interiors, too, most notable in the staircases that combine stark unpainted concrete with the exposed brick of the building. It is these staircases, named after famous jazz musicians, that give the building its name. 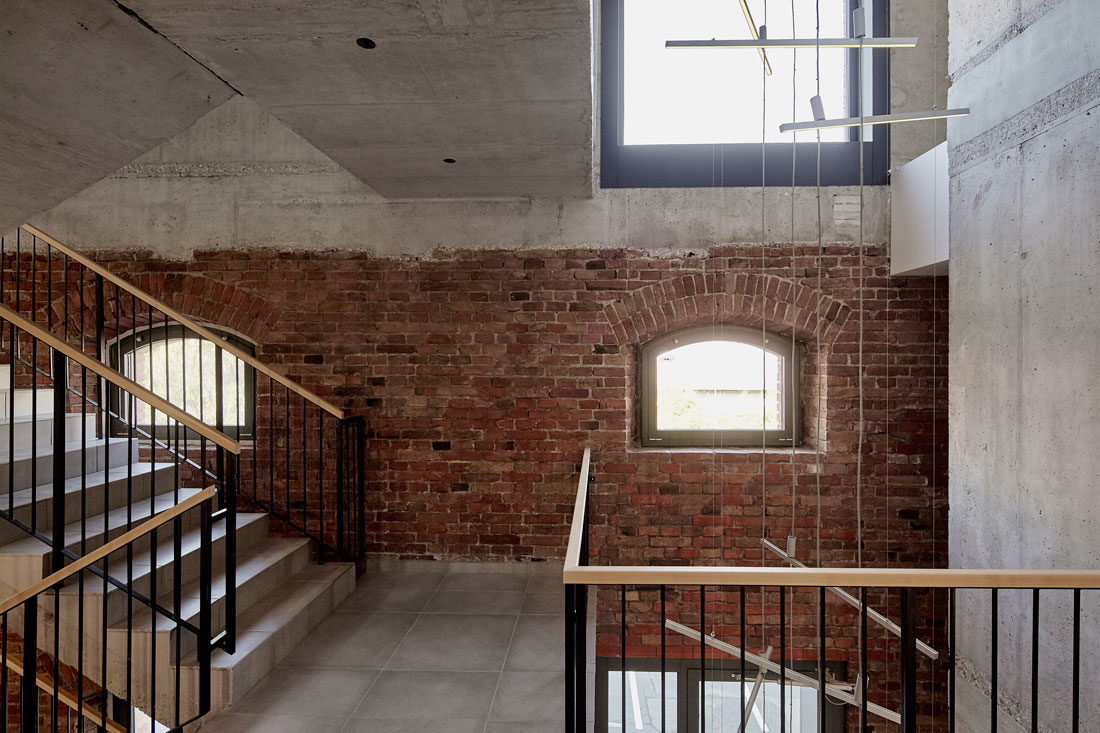 This modernity was prevalent from the client’s desire to create a smart structure, a high-quality, sustainable building that is a world away from the post-Industrial Revolution building that formed the basis of the property and the socialist building blocks so common in this part of the city. Inhabitants can control many of the functions of their homes – such as the heating, lighting or window shades – while the building itself has cutting-edge smart technology implemented into it. Key among them is the heat pump system, which is based on renewable energy and can be operated to react to the time of day, outdoor temperature and even orientation of the apartment.

For T2.a, the Jazz Loft project has been a long process, but one whose extended time ultimately led to a better, more refined building in the end. “As an architect, it is painful to see the decomposition of a house half finished,” says Bence Turanyi. “But when we restarted the project, I suddenly saw the beauty in the rusted and decaying concrete torso that we had built on top of the mill a decade earlier. It even inspired us to create a series of photos of the beauty of the architectural structure in that condition. It was a moment of inspiration that ultimately led to what Jazz Loft is today.”