The project consists of a nomadic and ephemeral structure that can be assembled in a short time by just a few people in different locations. The mounting system consists of five elements. 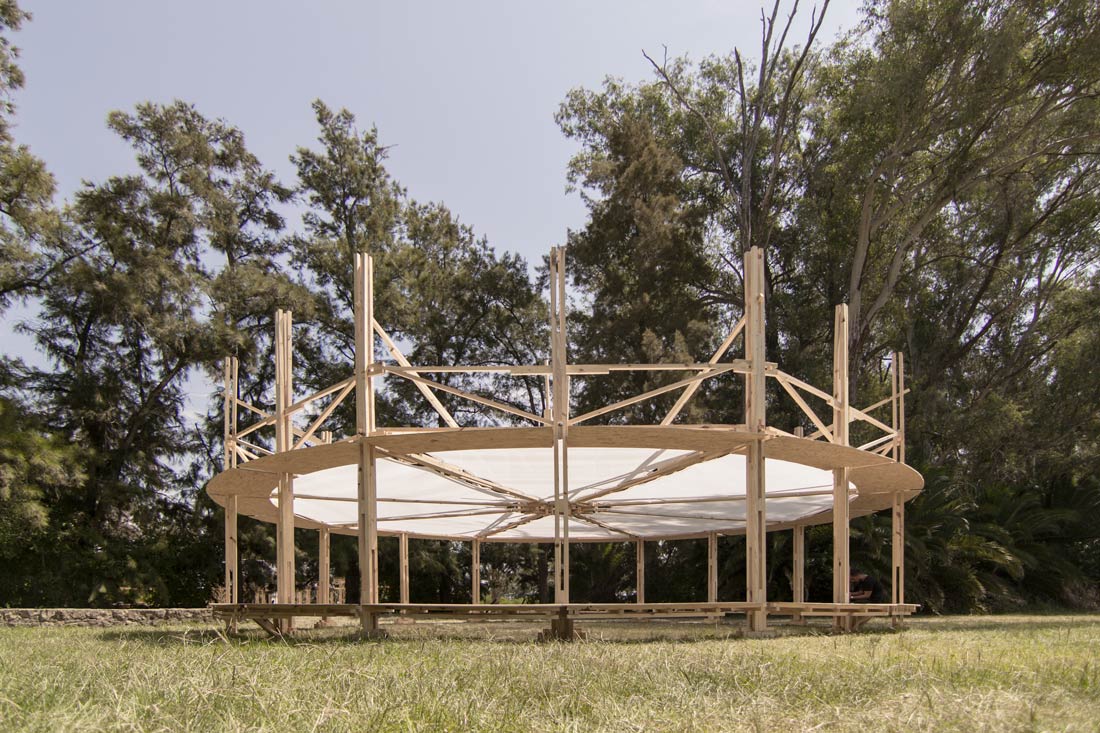 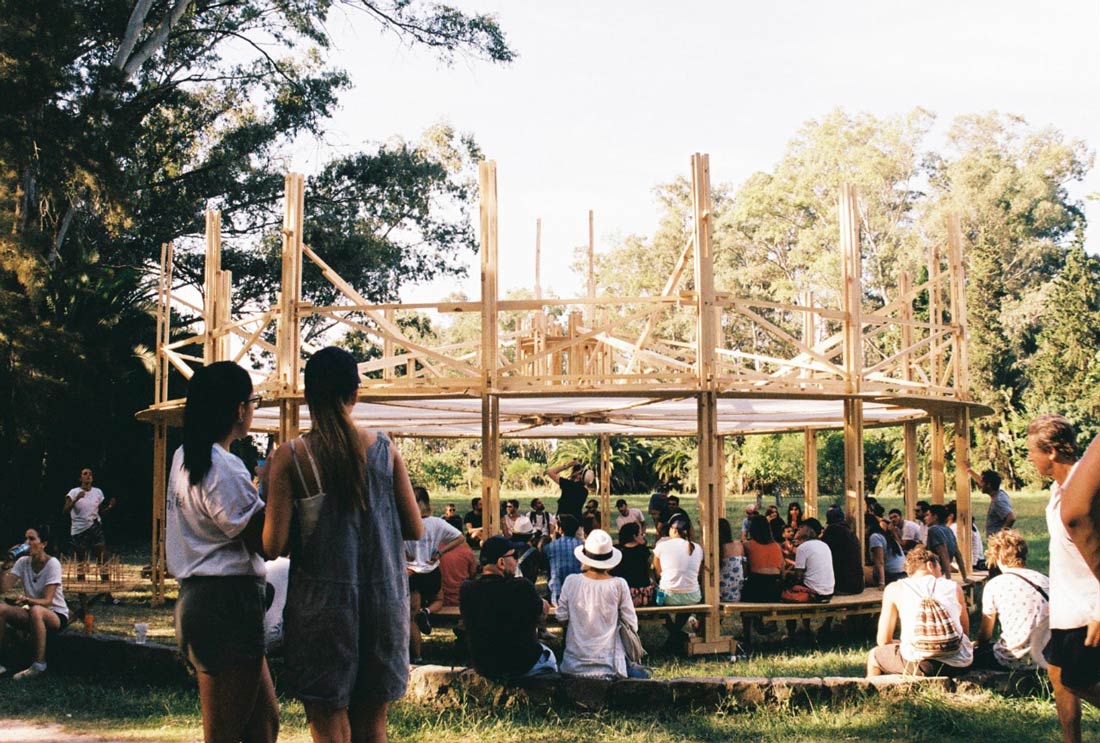 When rethinking the nomadic dwelling, we took inspiration from the first settlers of the Río de la Plata. And the idea of a playful and itinerant community inevitably calls up associations with circus architecture. From the overlapping play of these seemingly incongruous images, the idea of a travelling tent arises. 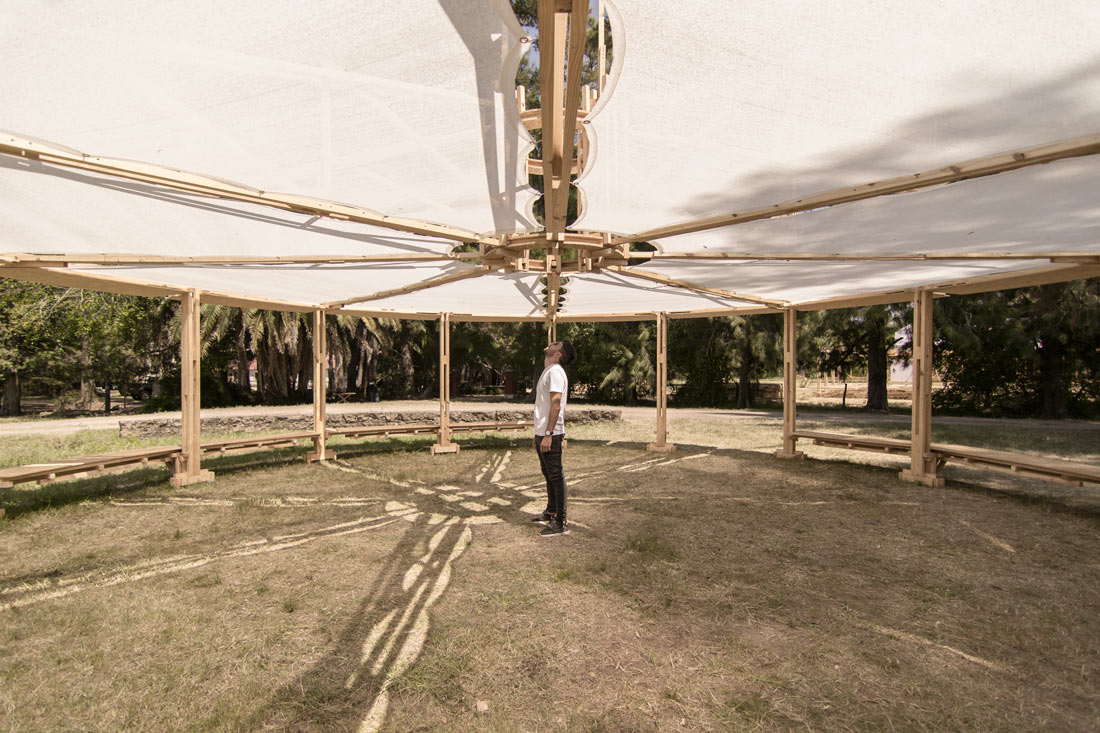 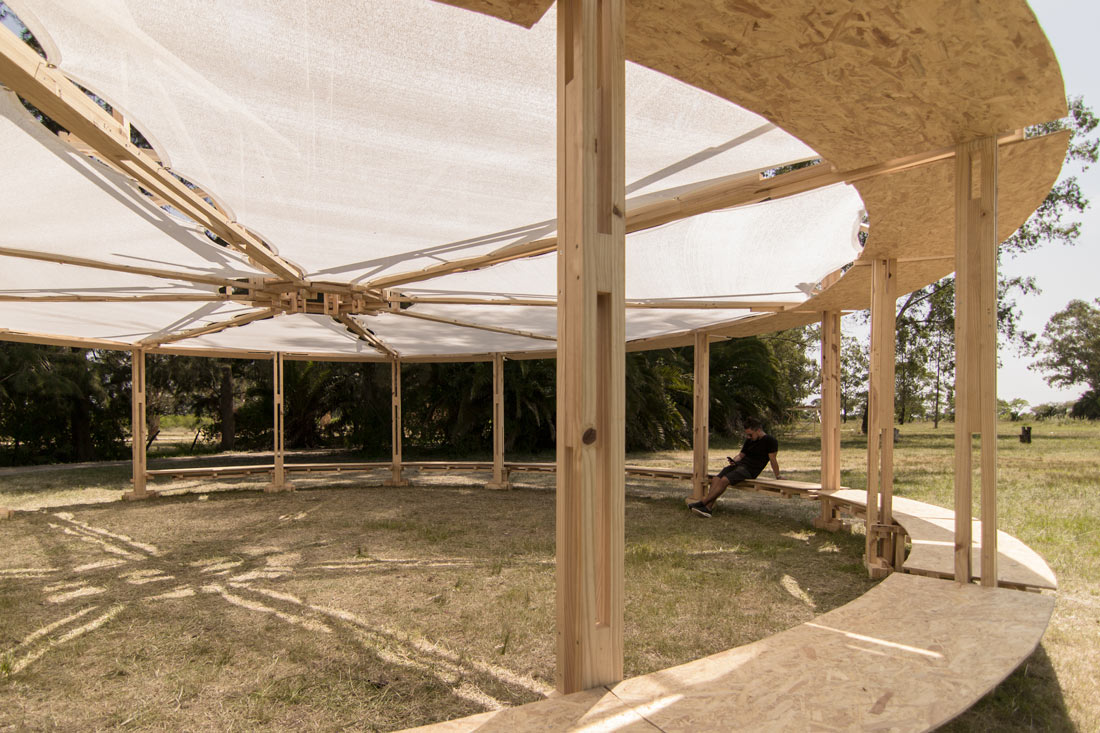 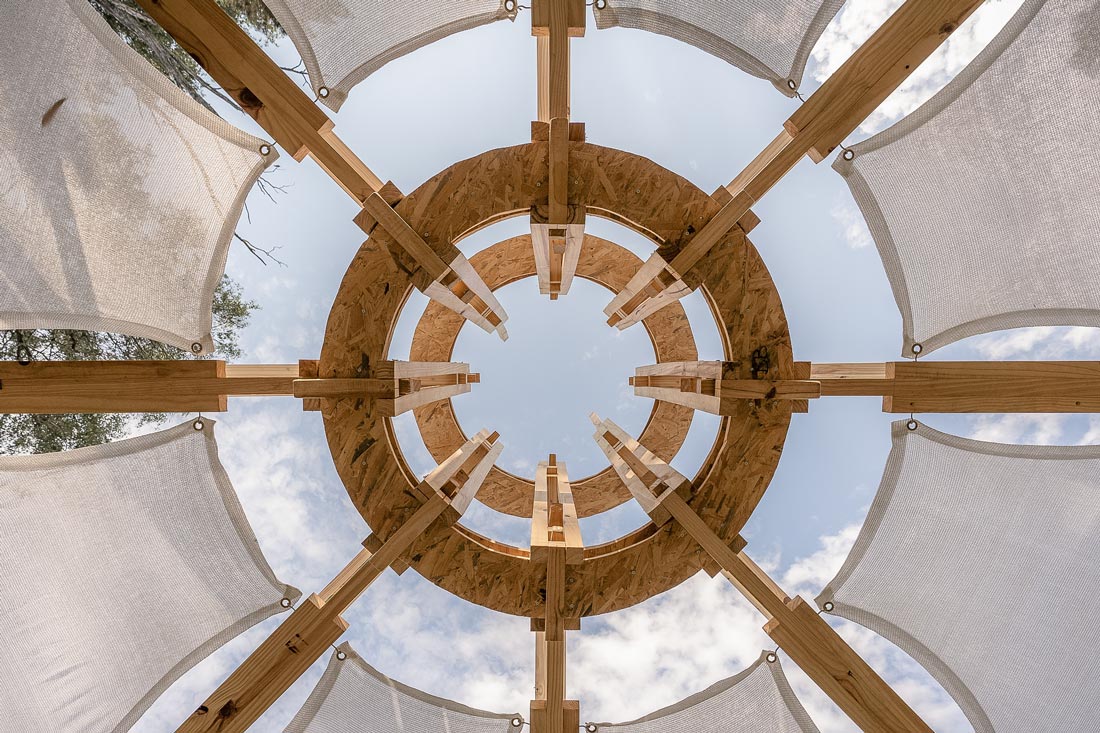 It offers a flexible framework of free appropriation, which through its configuration and atmosphere proposes a fertile setting for gathering, sharing and interacting, while also functioning simply as a shelter that provides shade. The project was built for the 2020 edition of the Hello Wood Argentina festival together with a team of 11 students. Given its capacity for flexible assembly and disassembly, we will take steps to make sure it keeps moving.

« Matter & Materiality: Towards the Future of the Construction Industry
Penang Island, MY »