IRIS is an attempt at resisting the expropriation of Beirut’s open coastline, returning the sea to the fishermen and the local habitants of the Ras Beirut district. Through architecture, it materializes the threshold condition between two very distinct, yet connected entities: the dense city and the open sea. Waves transform the kinematic structure into an experience of place, while harvesting energy for the fishermen’s community. 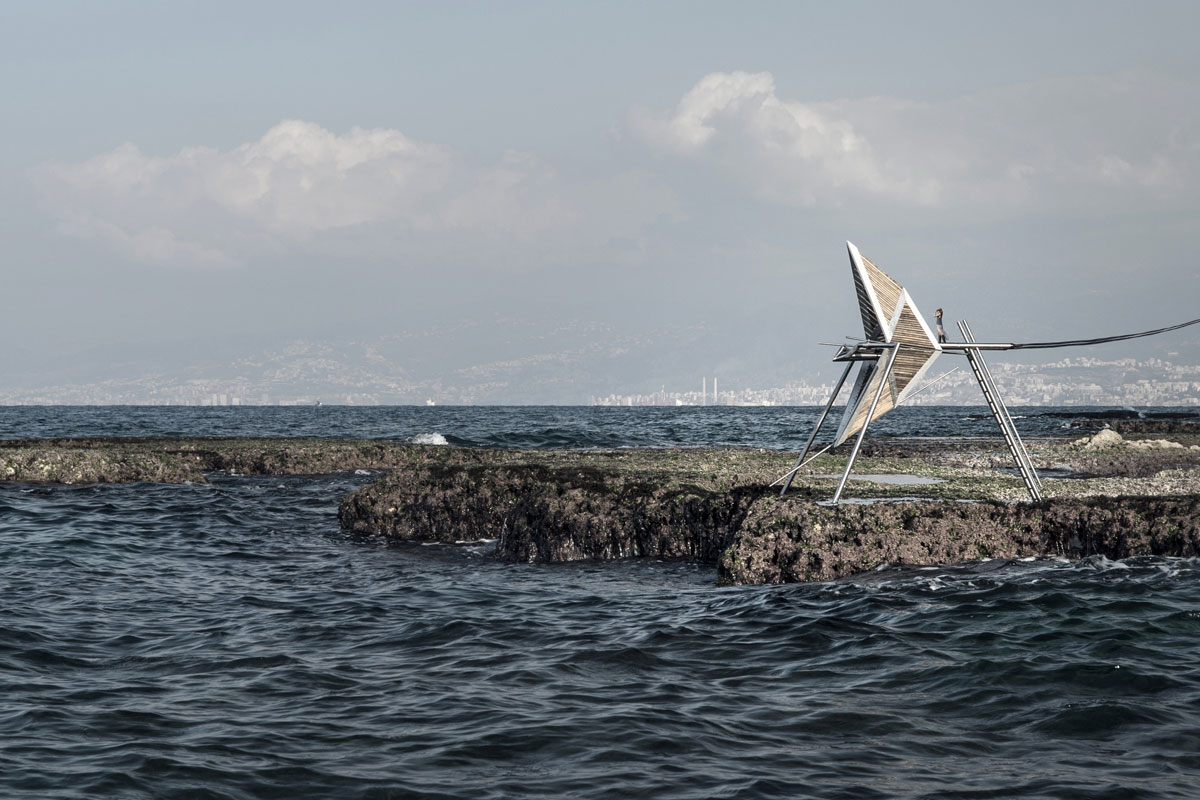 Not so long ago, the Mediterranean Sea was not only a picturesque backdrop for fishermen’s homes, gardens and plantations; it also served as a generous and natural source of food and livelihood. For centuries, the local population of Ain Mreisseh and Manara lived in tune with their costal environment, but over the past decade, the shoreline has become a playground for high-end residential developments that aim to turn a maximum profit by selling off unobstructed views of the sea. The majority of the newly erected buildings are tall and massive volumes that completely disregard their surroundings by turning their backs to the city and the long-standing homes of the local people.

The principal aim of IRIS is to reclaim accessibility to the sea. The spatial installations are brought to the forefront of the coast and placed at the sea’s edge between solid, physical ground and a fluid, emotive reality. They act as surrogate windows for the old houses that have been left to decay. The windows created by IRIS are accessible civic refuges, where the dweller can experience the place, the passage of time and natural forces. 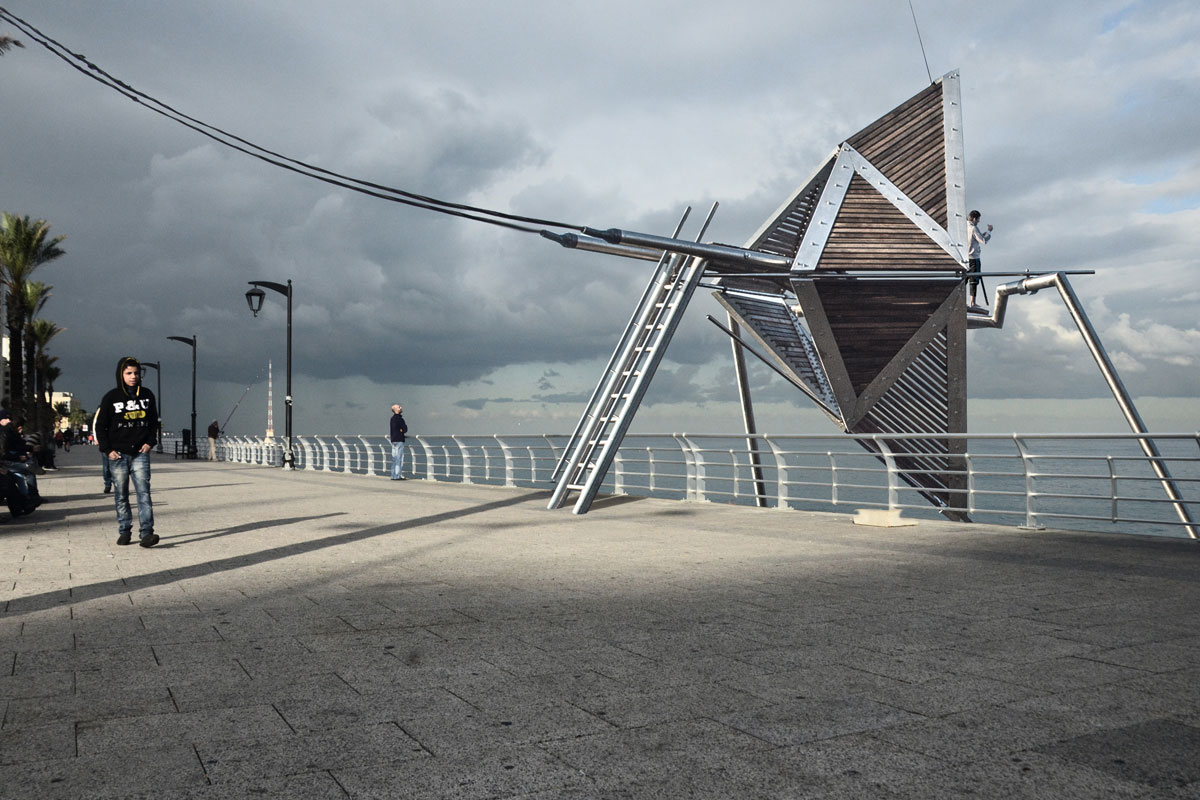 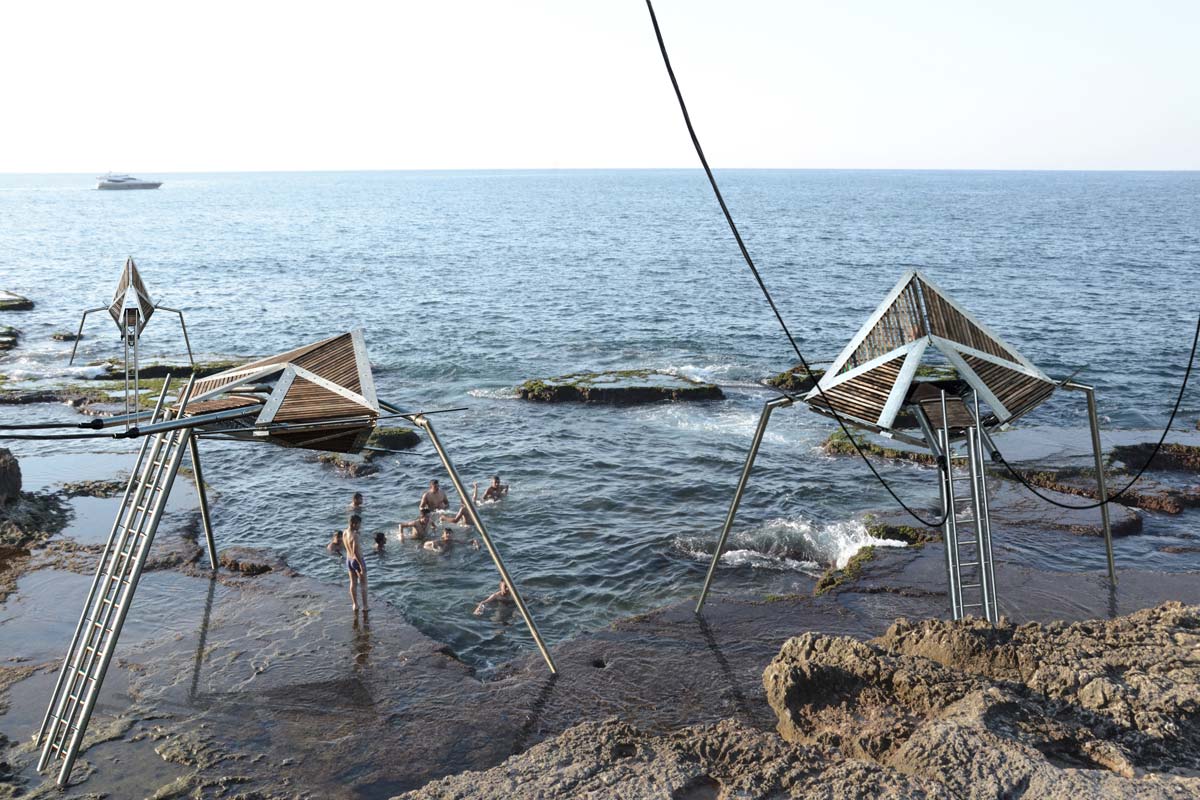 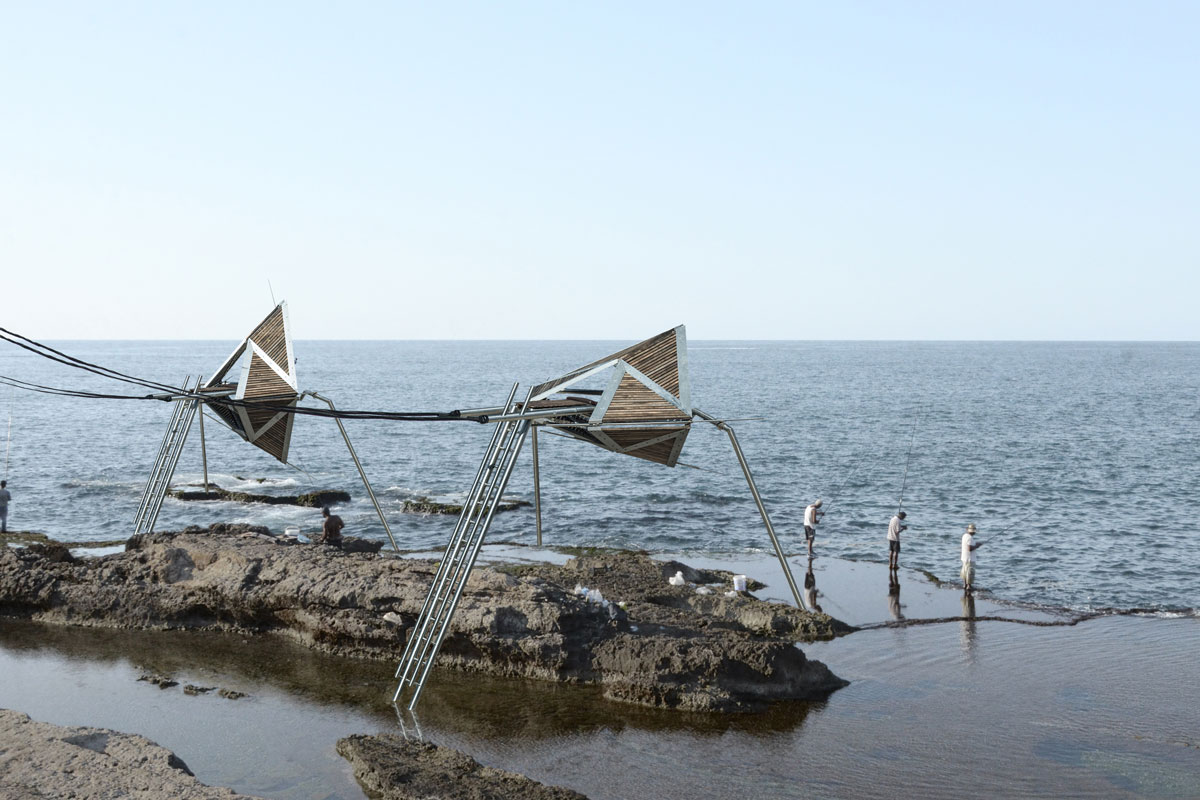 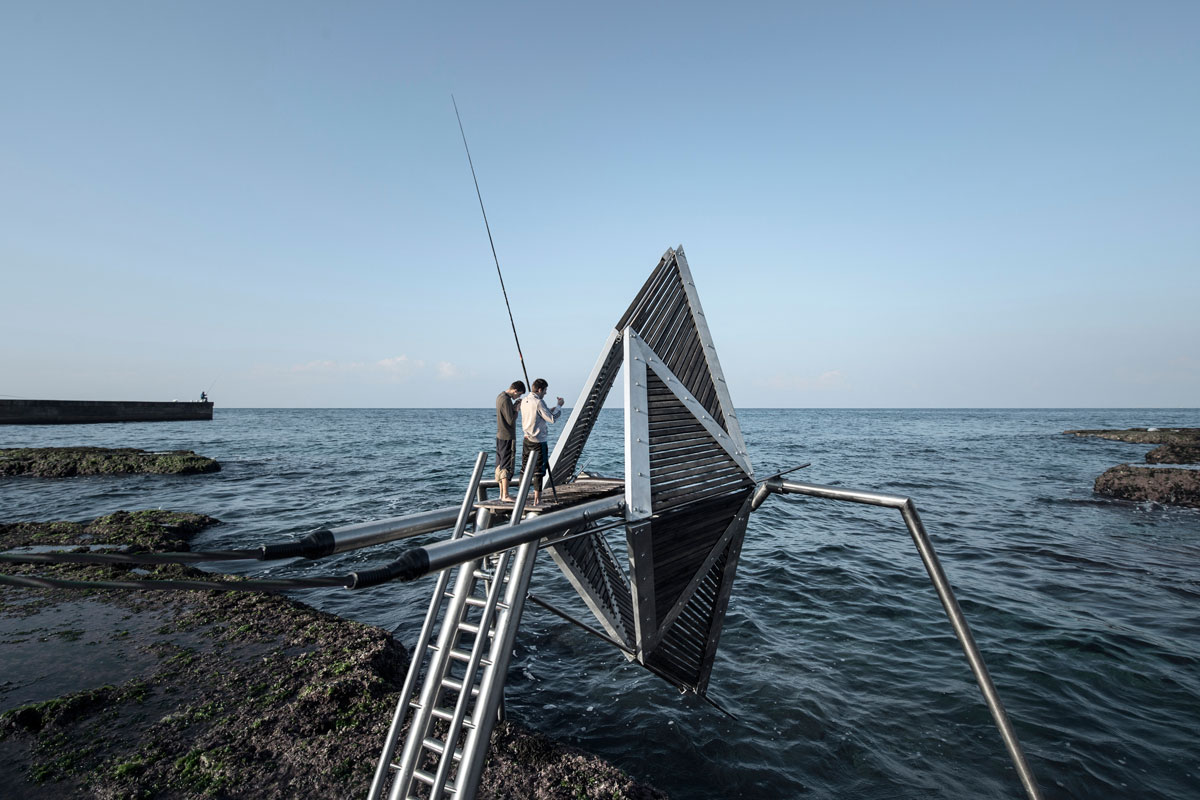 The space is framed by a pair of metal and wooden eyelids, which are connected by an extended antenna to a buoy floating in the water. The natural forces are scripted by means of spatial alterations: the eyelids open and fold with the cyclical motion of the waves that drag the buoy up and down, causing IRIS to blink along with the rhythm of the sea. 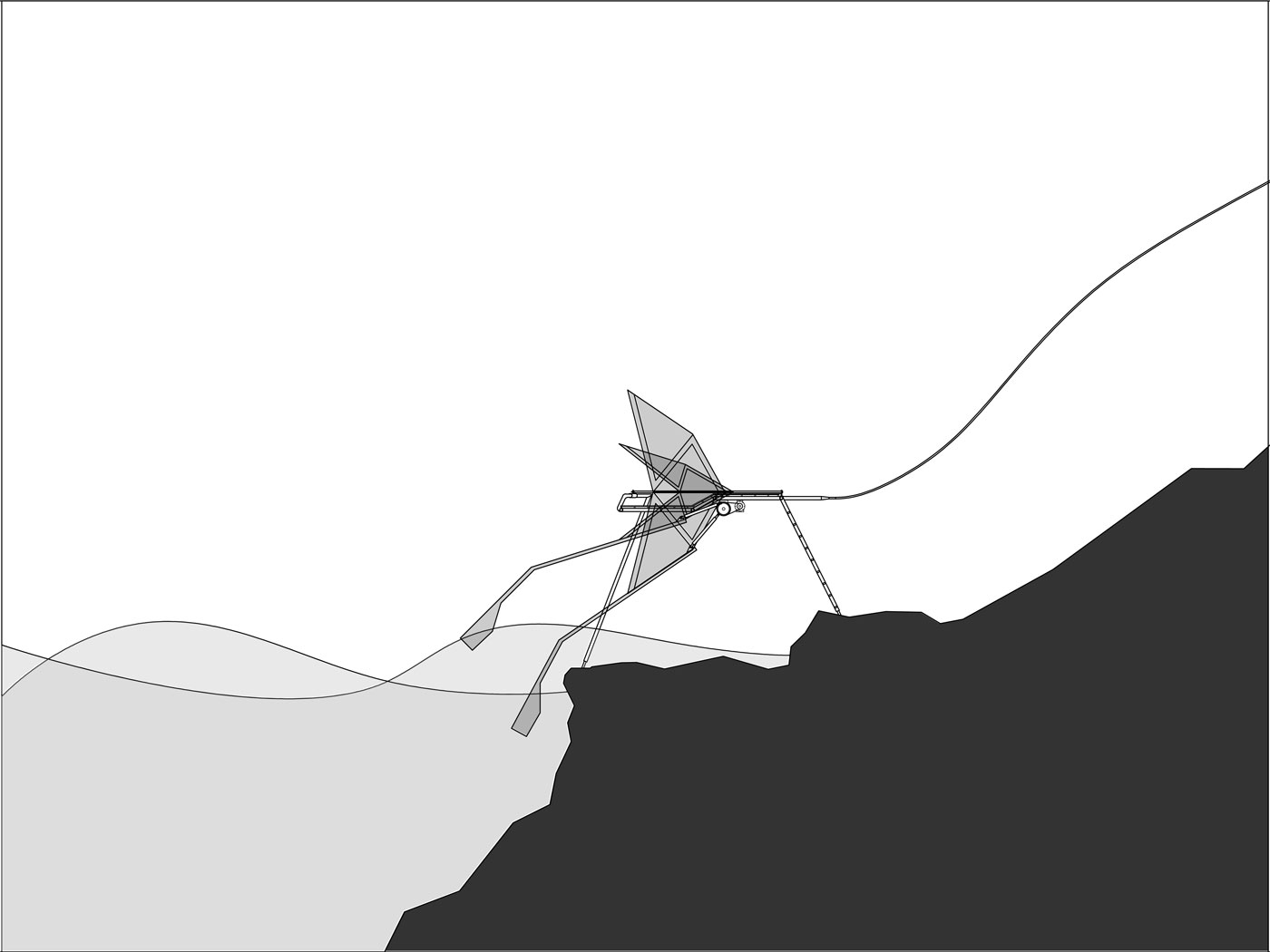 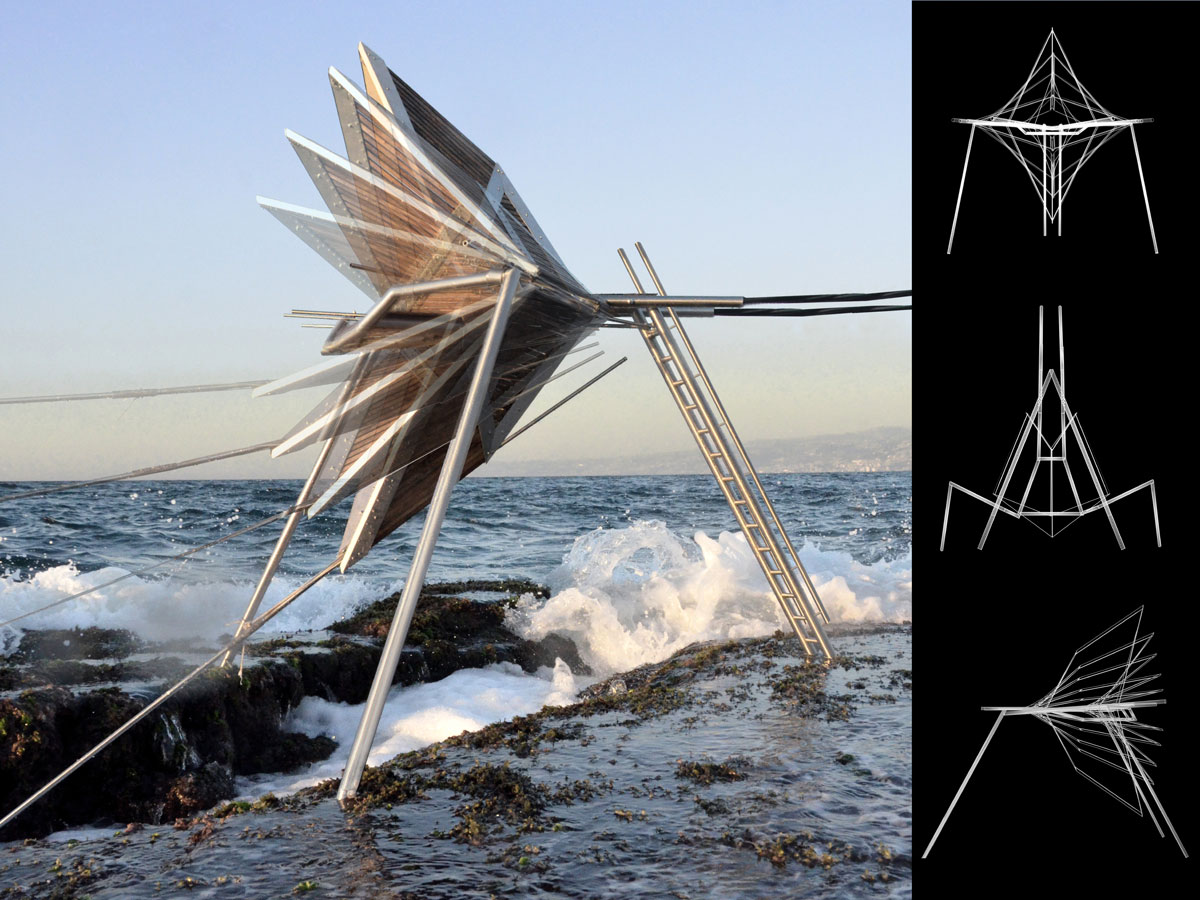 IRIS is also used to harvest energy. The kinematic structure propels an electric generator that transmits the accumulated tidal energy through a network of cables to the dispossessed homes, returning to them what was theirs and once again illuminating the corners and alleys that now lie in the permanent shade of the new high-rise structures. Installed en masse, IRIS would populate the Corniche and instill a much-needed natural rhythm in the urban environment, while offering spaces of intersection and conciliation: shelters from a lost past and an uncertain future for the city and windows toward the open sea and the contemplative horizon. 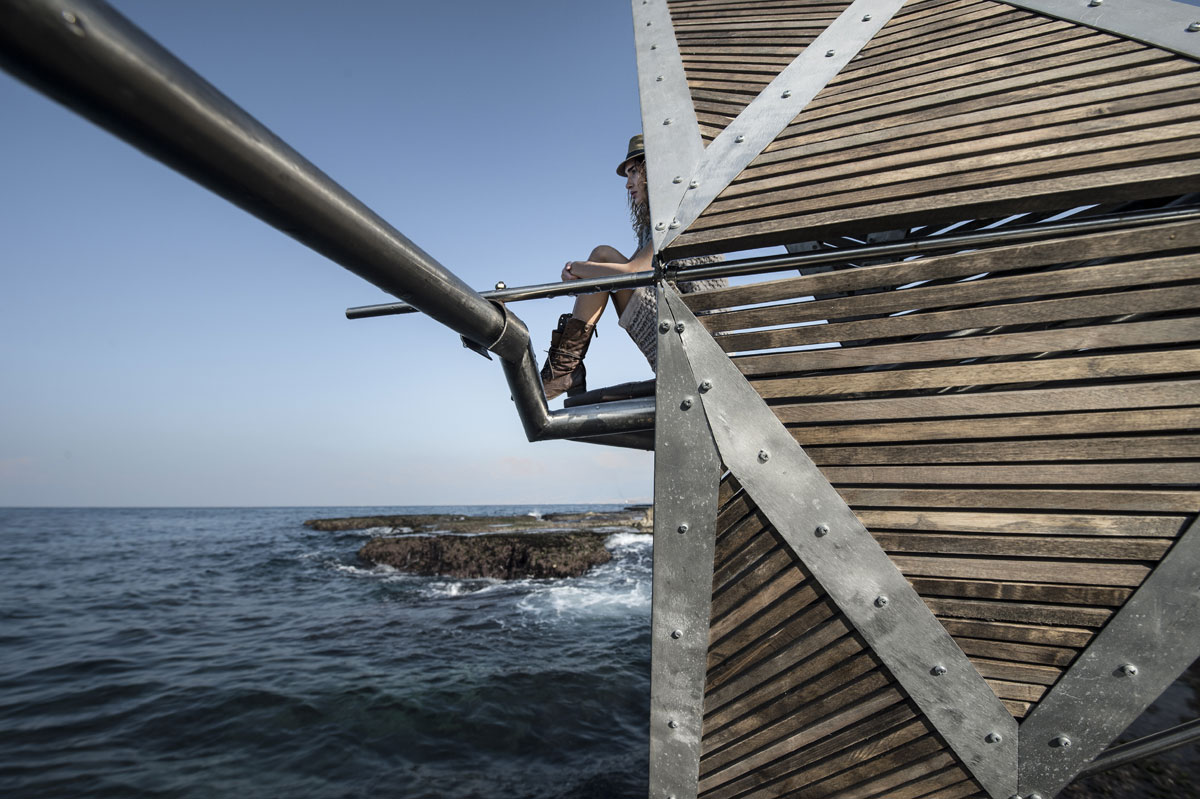