How Can Design Help Us Change the System?

Early hunter-gatherers created no waste because all their discarded materials were natural. But even then, humans used their powers of design to make better tools. As societies developed, buildings evolved as products of our advancing design skills, but their forms and functions were strongly rooted in place. Local vernacular architecture illustrates this connection. As humans built cities, the density of habitation meant that wastes needed to be managed to reduce odors, vermin and disease. Ancient cities such as the Aztec empire’s Tenochtitlán (now the site of Mexico City), population 200,000, recycled all its wastes within the city for productive reuse. Food waste was used in growing crops or fed to animals bred for consumption. Human waste was used as fertilizer, as well as to tan leather and fix fabric dyes. Combustible materials like textiles were burned to illuminate public spaces. There are no records of Aztec garbage dumps.[1]

New York City’s European founders were far less sophisticated in their management of materials. Most of their solid waste was thrown on the street and trampled into the manure left by the horses that formed the city’s primary means of surface transport. If or when this waste was swept up, it was deposited in ponds, swamps and other low-lying areas or dumped into the harbor or the nearest river. The birth of the Department of Sanitation—in 1881, then called the Department of Street-Sweeping—was for sanitary and aesthetic purposes rather than for materials management. In the early 19th century, most of the organic waste—street-sweepings composed mainly of manure and straw—was taken to Long Island fields, where it was used to fertilize fields so more hay would grow to supply the city’s transport and dairy industries. At that time, most designed materials such as fabrics, ceramics and glassware were expensive, so they were repaired or used for other purposes. After scavengers had combed through the collected waste recovering metal, glass, buttons, rags, paper, bones and food scraps, what was left (mainly ashes) was dumped at sea.[2] 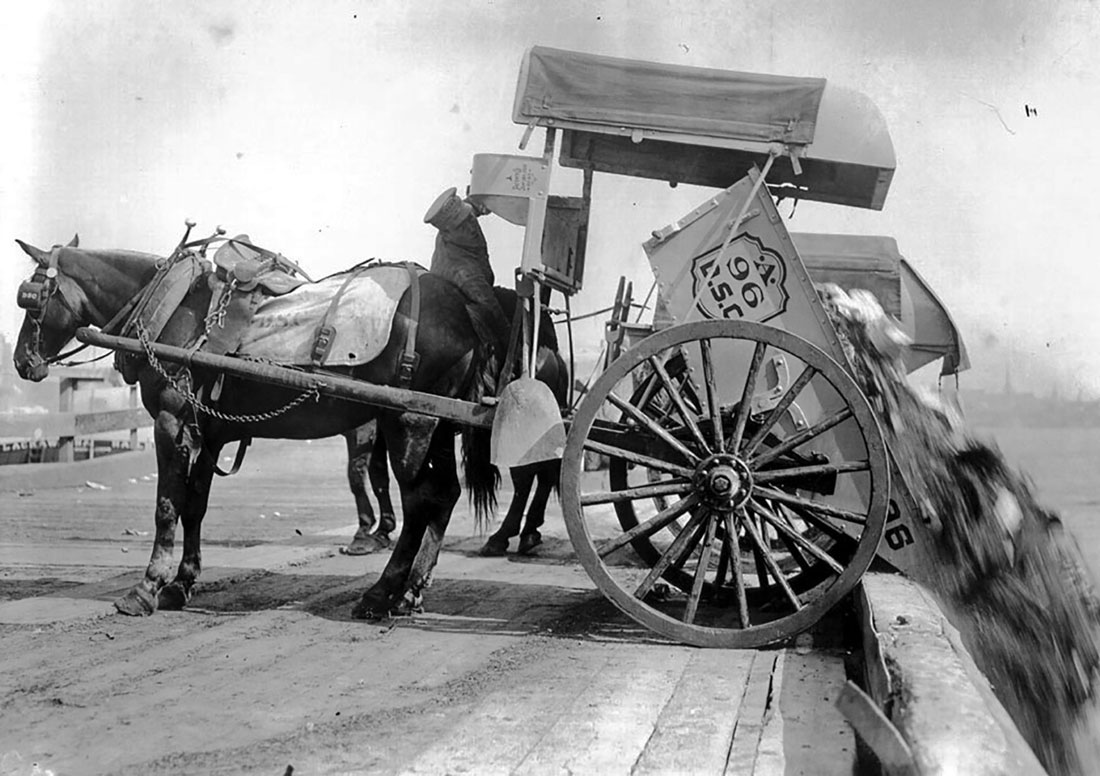 After World War I (for which nitroglycerin extracted from NYC’s refuse provided much of the firepower), new discoveries led to less costly ingredients for making fertilizer, soap and other goods, and complaints from neighbors led to the closure of the city’s offensive “waste reduction factories.” With their demise (and the 1934 Supreme Court–enforced cessation of ocean-dumping), wastes were incinerated or piled somewhere, such as on the shores of the Fresh Kills Creek, where the shell of the city’s last waste-reduction plant still stands.[3] 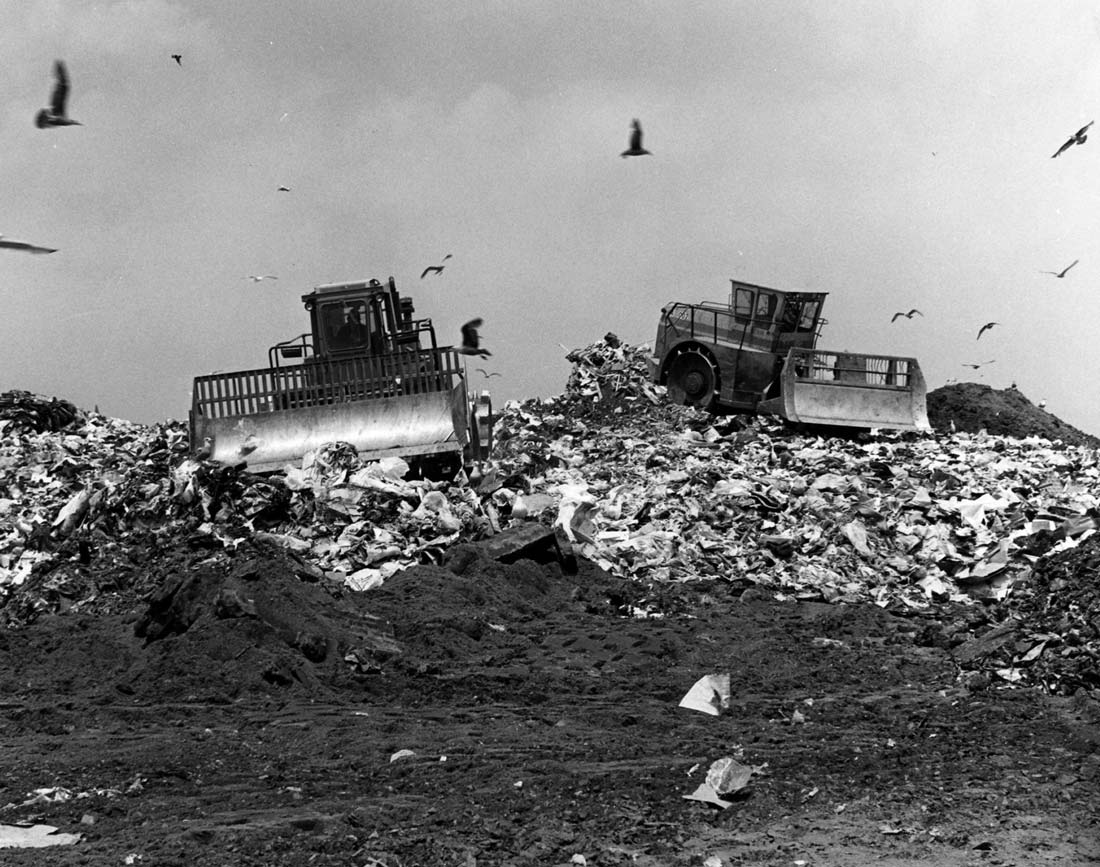 Freshkills landfill on Staten Island opened in 1948 and by 1955 was the largest landfill in the world.

As the population grew in the late 19th century, so did the demand for natural materials like wood, metal, stone, bone and ivory. Human ingenuity led to the design of materials to replace those. Celluloid, the first synthetic polymer, was invented in 1869 as a substitute for ivory, which had become scarce with the increased popularity of billiards. Though celluloid didn’t make for great billiard balls, it had many advantages over natural materials: It didn’t get slimy when wet, like wood; it didn’t crack like ivory; it didn’t turn brittle like natural rubber; and it was easily colored. What’s more, it spared natural resources. According to the manufacturer, in 1878, “As petroleum came to the relief of the whale, so has celluloid given the elephant, the tortoise and the coral insect a respite in their native haunts; and it will no longer be necessary to ransack the earth in pursuit of substances which are constantly growing scarcer.”[4]

Bakelite, the first fully synthetic plastic, was invented in 1907 as a substitute for shellac, used for insulating the wires required as the United States rapidly electrified. Electrification also changed the waste stream, which in 1918 was 75% ash but by the early 1920s included increasing amounts of packaging and disposable products, chiefly made from paper. Oil supplied the raw material to produce plastic on an industrial scale. It also drastically lowered the cost of transportation, allowing access to low-cost labor in distant places.[5] 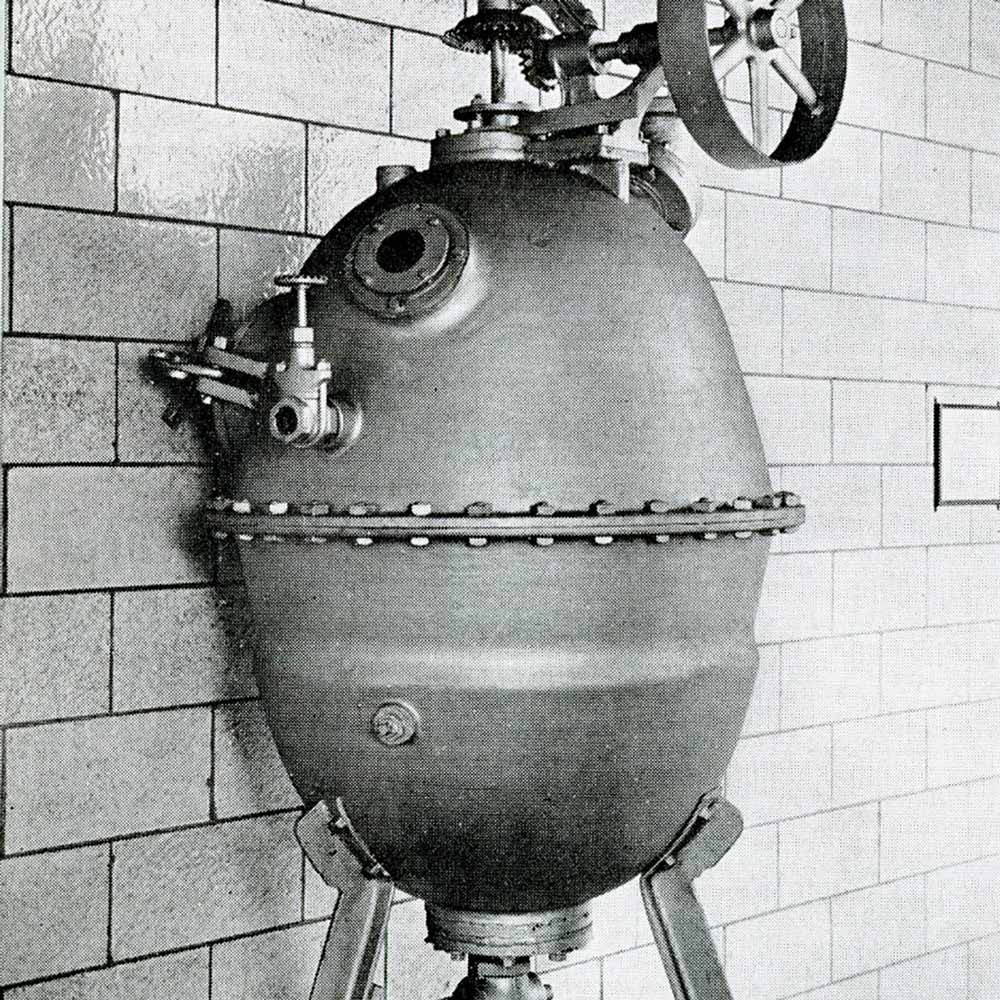 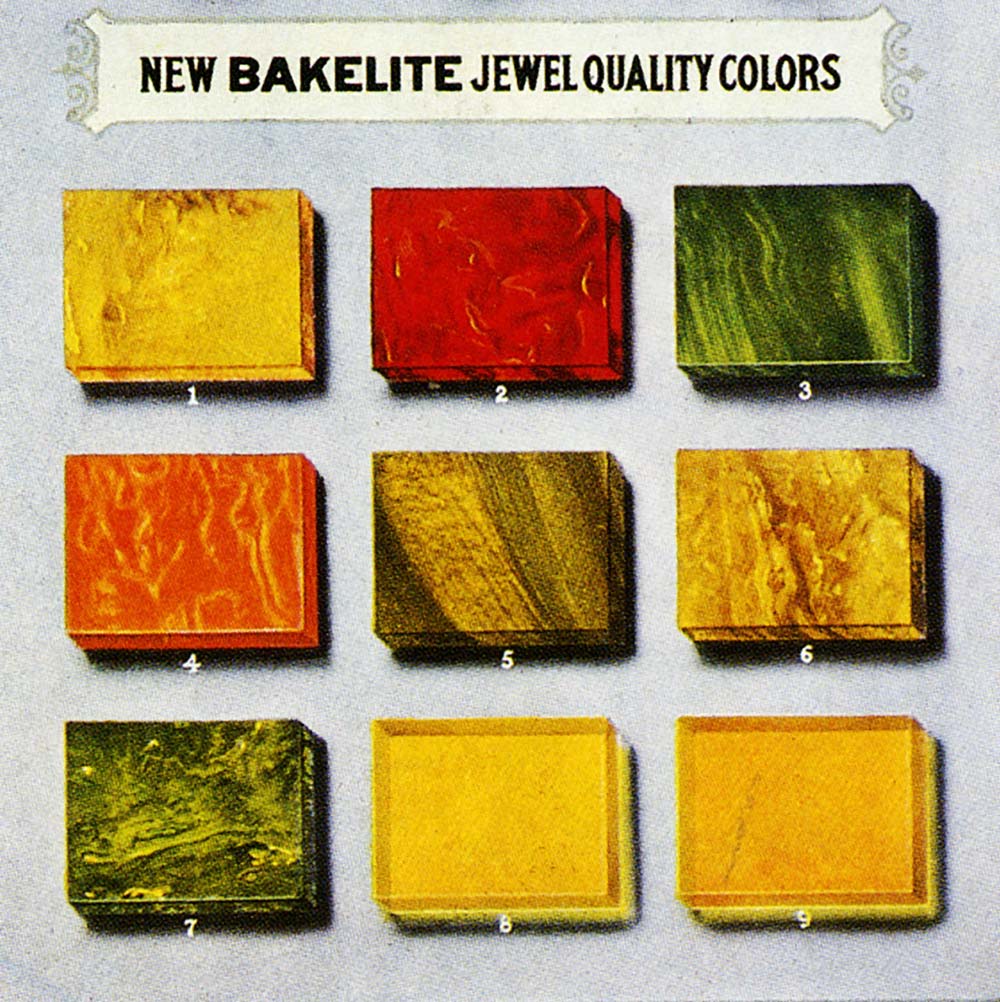 With World War II came huge increases in material demand, leading to rationing, the salvaging of household waste and a 300% increase in plastics production. After the war, the surplus industrial capacity was used to make products for the new postwar future of the 1950s, to keep the economy growing. Salvage was no longer needed and, in fact, actively discouraged. As Victor Lebow, a marketing consultant, stated, “Our enormously productive economy demands that we make consumption our way of life, that we convert the buying and use of goods into rituals, that we seek our spiritual satisfactions, our ego satisfactions, in consumption….We need things consumed, burned up, worn out, replaced and discarded at an ever increasing pace.”[6] 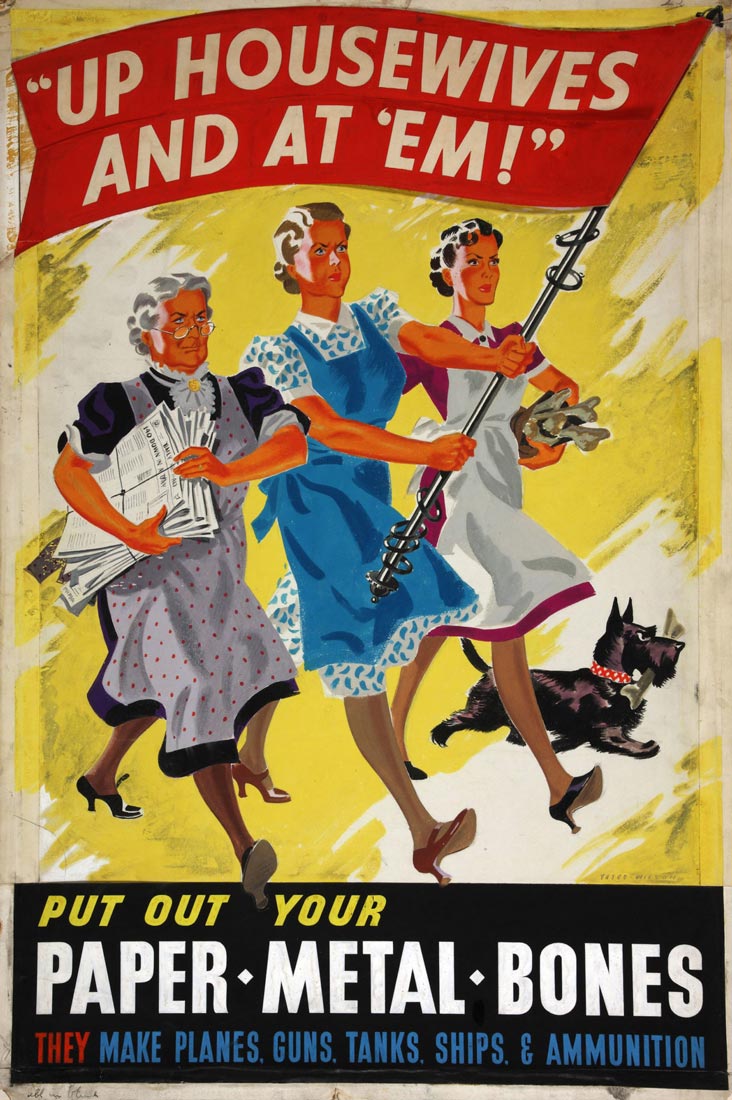 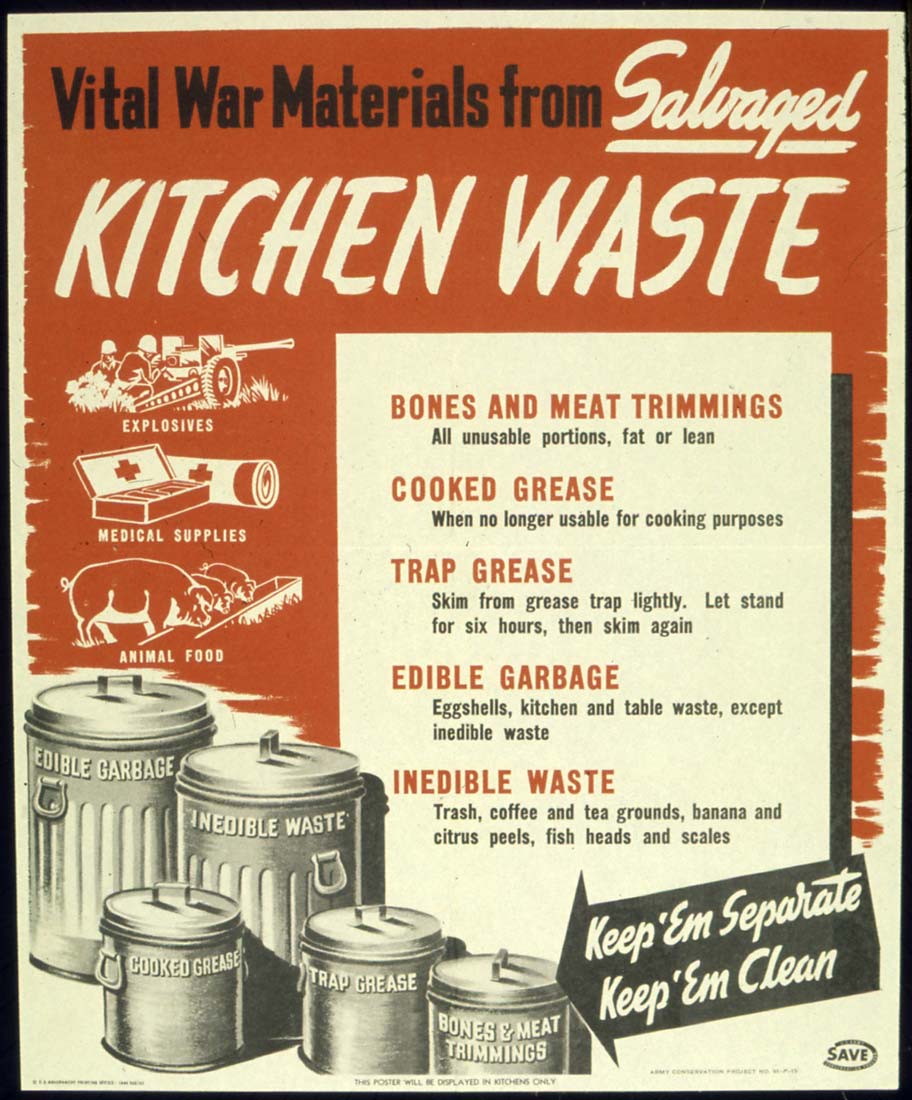 World War II posters from the Office of War Information.

The Aluminum Company of America (Alcoa) was one of the first companies to market a product designed to emphasize convenience over longevity. Ads for its single-use cooking containers asked consumers if they wanted to avoid so-called fuss with washing. “Just throw out the dirty pan!” they exhorted.[7] 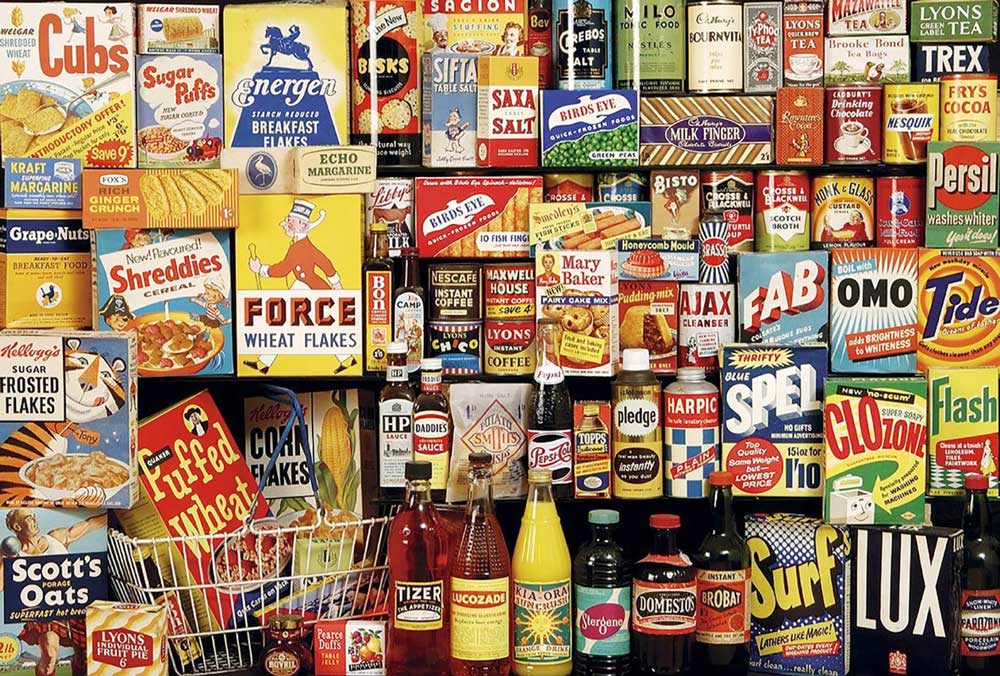 A couple of decades later, when it seemed that the littering of the landscape would turn public opinion against excessive packaging, industry groups embraced the concept of recycling. Rather than interfering with the production of products and packaging materials upstream, recycling opened up another form of industry. Single-use packaging offered a means for companies to promote their product over others and became the primary method of communicating with consumers, as the large new supermarkets had no shopkeepers to give advice. Single-use plastic beverage containers also eliminated the logistical costs to distributors of managing reusable bottles, thus strengthening the competitive advantage of large national companies over smaller local breweries and drinks producers.[8]

Just as happened with product design, architecture embraced the possibilities of new materials in the postwar quest for modernity—a bright new utopian future, freed from the burdens of the past. The new architectural style was International, built to experiment with the new capabilities of materials: concrete, steel and glass. 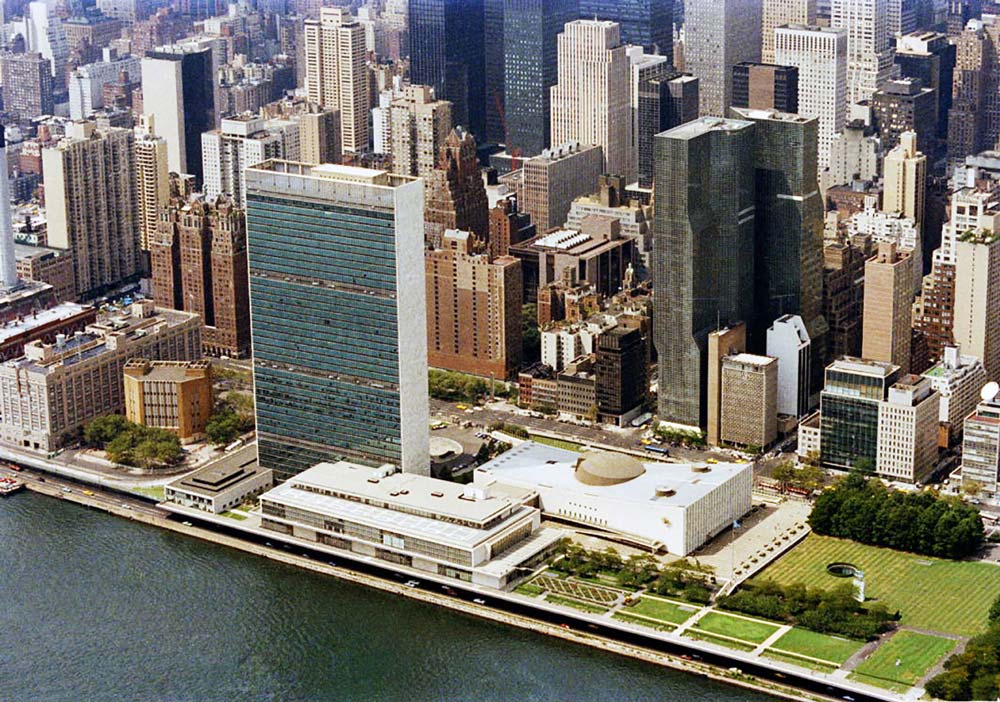 United Nations Secretariat building by Oscar Niemeyer, Le Corbusier and others, completed in 1952, was the first skyscraper in NYC to use a curtain wall.