The House of One: A Synagogue, a Church and a Mosque Under One Roof

In the center of Berlin, the House of One arises: an inter-religious house of prayer and learning for Jews, Christians and Muslims alike, which also addresses the secular urban communities. Kuehn Malvezzi won the international architectural competition for the House of One in 2012. The competition brief asked for the foreign nature of a building that interrupts our everyday perception of the city. Currently, the House of One is in the process of planning. The first phase of construction is expected to begin in 2019.

A synagogue, a church and a mosque will be built under one roof. The structure will interrupt everyday urban life in both its form and material. The House of One is a solid brick building, presenting itself as an entity free from religious symbolism in the urban space. The internal organization of the building, however, is detached from the external structure. Here, the three Abrahamic religions claim their respective liturgical autonomy with synagogue, church and mosque as heterogeneous structures, like houses grouped around a central square. This place, a high domed hall in the center, is both an in-between space and a main hall. It forms a space that is also a place of encounter, continuing the urban space of Berlin into the building.

The very new embodied by this construction project takes its strength from the transformation and activation of the very old at Petriplatz in Berlin. Petriplatz is a religious site in the city center, dating back to the early Middle Ages. A total of five churches were built here in succession. The latest Petriplatz church was damaged in World War II and demolished in 1964. Archaeological excavations between 2006 and 2009 unearthed the foundations of the previous three churches. The House of One transforms the Petriplatz by perpetuating its story in a very literal sense, rather than turning it into a museum: the building will be executed not only ideally on the site of the previous churches, but it also connects seamlessly with the archaeological foundations of the last Petriplatz church, by distributing its load across them. An entirely new structure is created over the old layout. 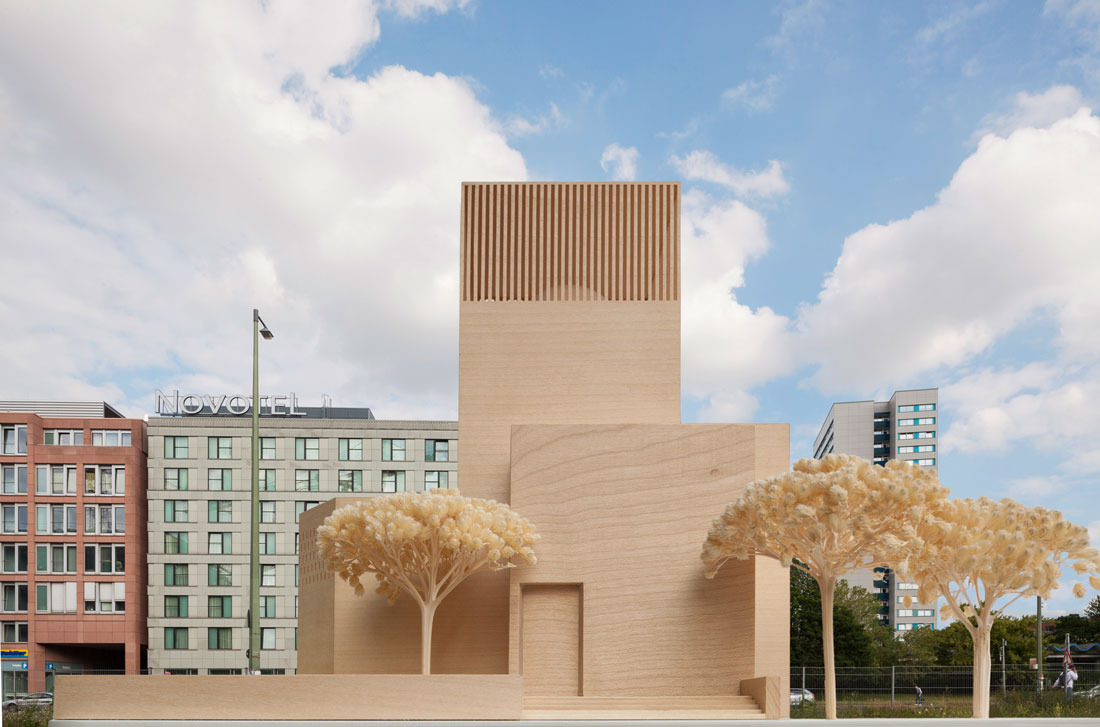 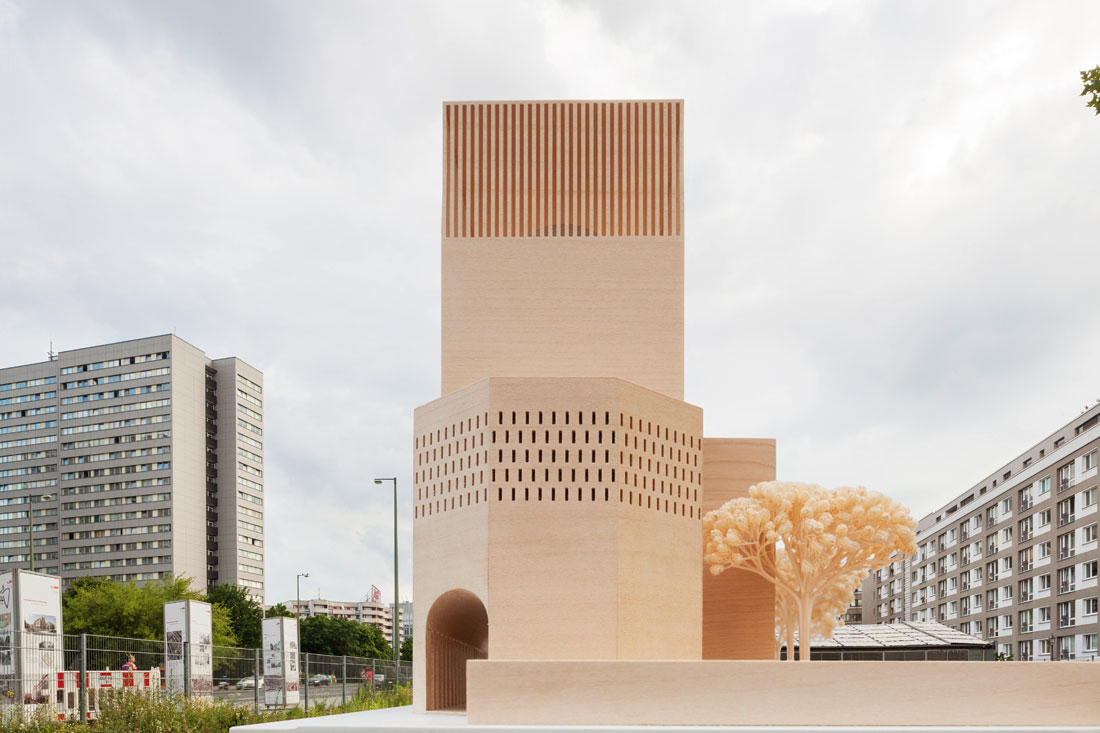 The House of One creates a contemporary form of the monument. Like the earlier Petriplatz churches, the House of One will also be built as a solid building with 1m-thick brick walls. The architecture employs a historical form of construction but gains its significance as a monument not just through the dimensions of the structure. The building embodies new forms of community beyond historical representation in both the encounter between the religions and between believers and the secular residents of the city. A vertical sequence of public spaces runs through the building, starting from the archaeological zone, via Petriplatz and the central domed hall, to the city loggia at the top. Monumentality is an architectonic-spatial link of memory and actualization in this concrete location.

The continuous construction of a monument over a longer period of time is a nearly forgotten manner of building. The House of One approaches this in a new way, where building becomes a participatory social project, with many individual clients who enable the realization of the project brick by brick, by means of crowdfunding. Groundbreaking is planned for 2019, while the end of the construction period is not fixed. The house will be opened and used for the first time upon completion of the foundation and it will develop from there. At the same time, construction will continue until it reaches its finished form in a few years. This introduces the idea of ​​a form that exists in change and as an expression of the time taken in its construction. 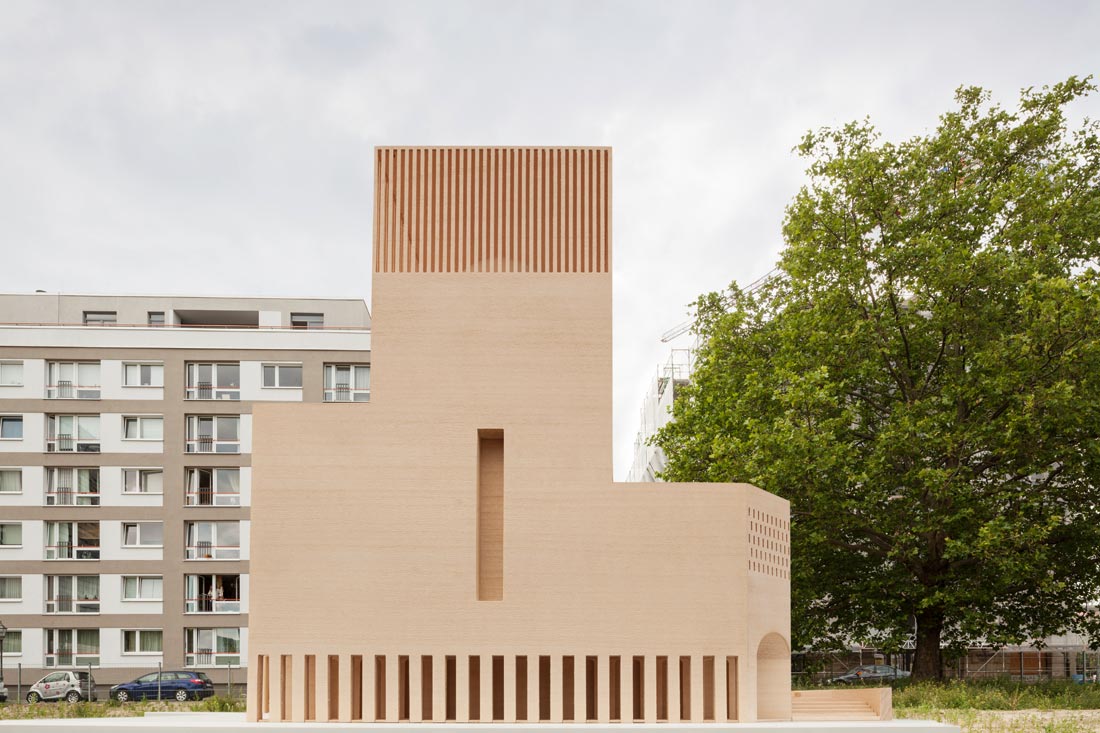 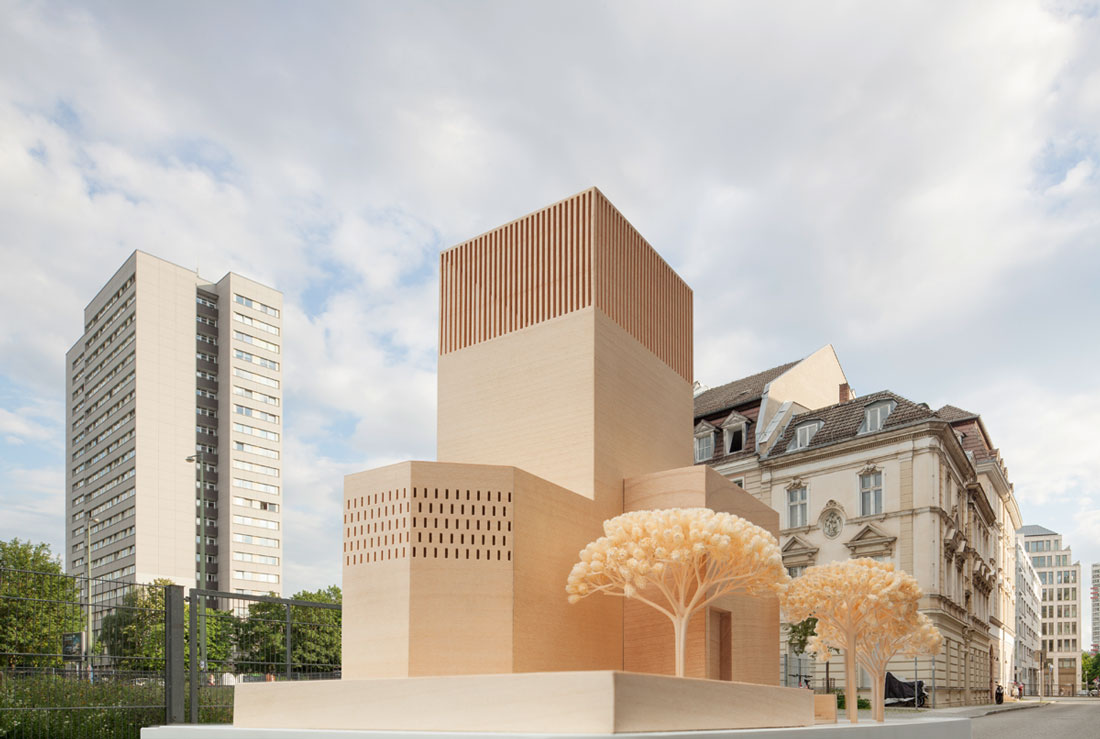