HOUSE 1 is an architectural installation based on an experimental format for collaborative design and construction by ALICE (Atelier de la Conception de l’Espace) – an international group of young architects and researchers, scientists, and doctoral candidates from the EPFL (École Polytechnique Fédérale de Lausanne), led by the director, Dieter Dietz. 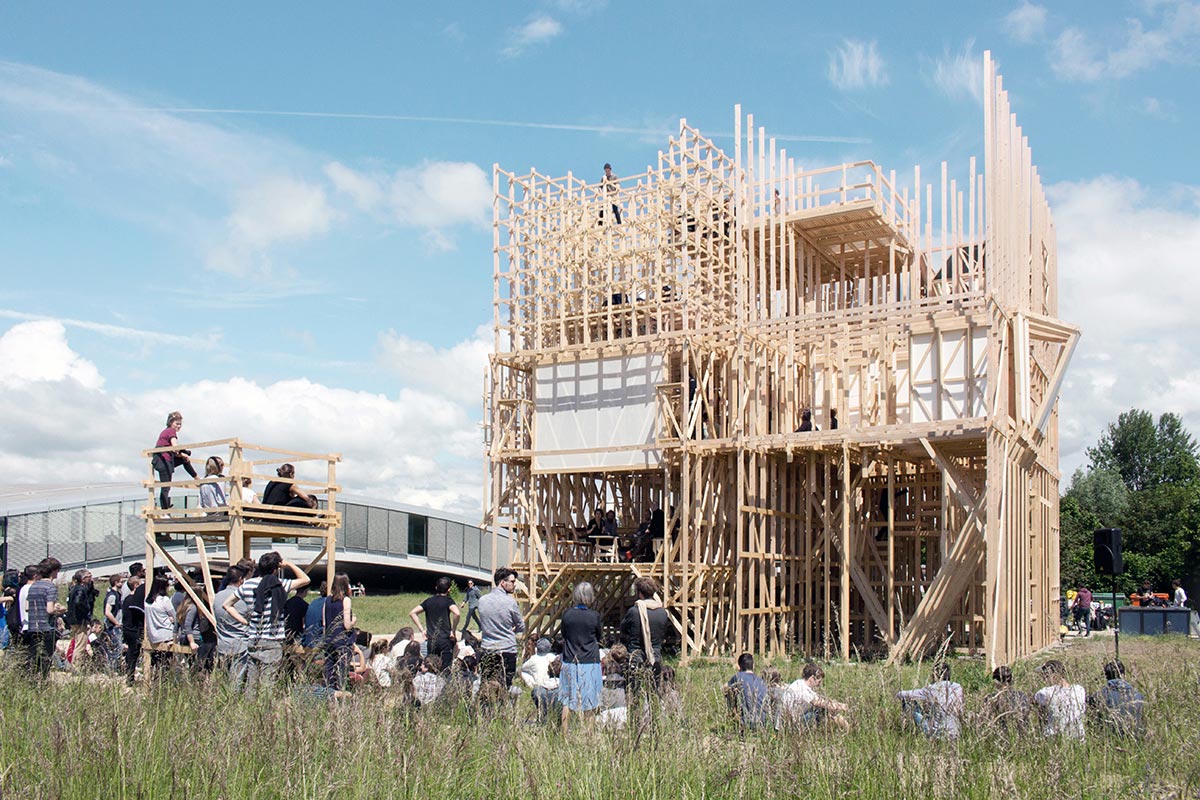 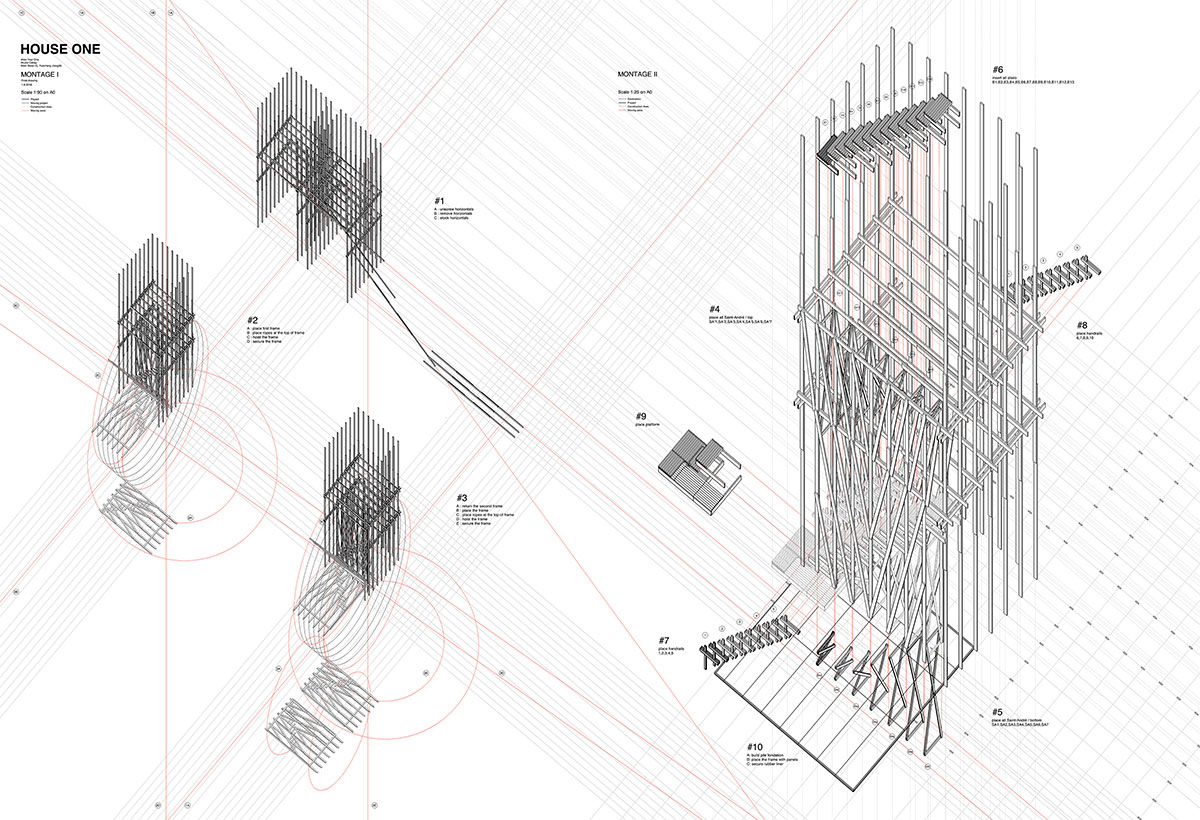 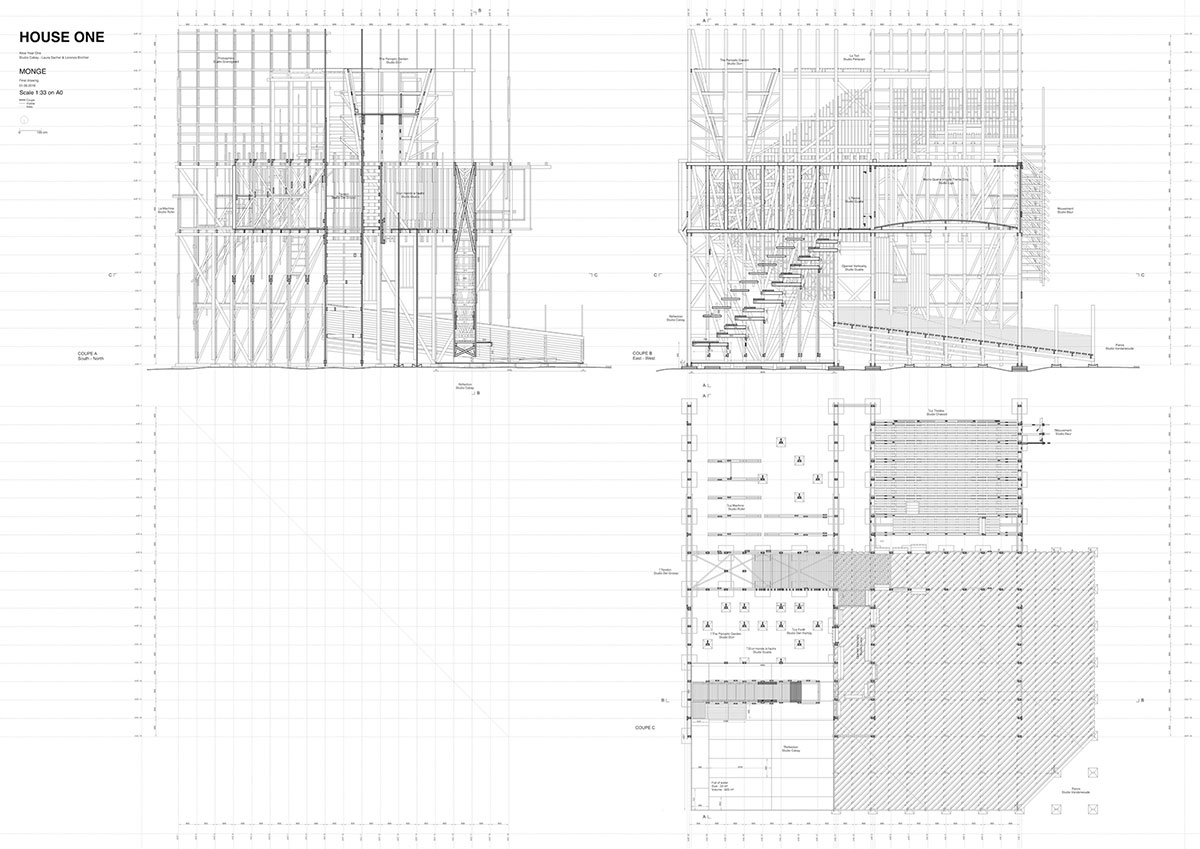 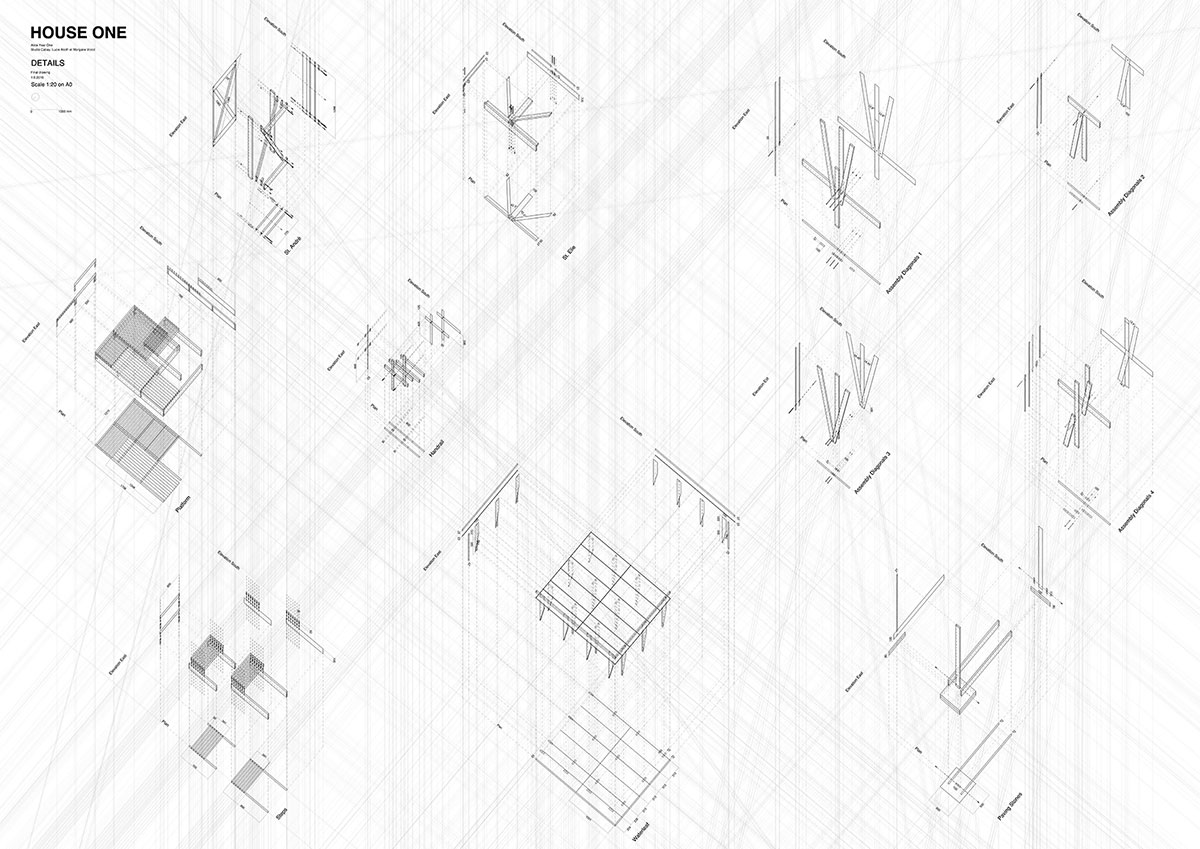 Built initially as a proto-structure (primary construction) during a 5-day workshop in April, HOUSE 1 is a 11m x11m x 11m balloon-frame timber construction that contains the ‘genetic code’ for future developments. The project involved over 200 students, who worked in groups under the close guidance of 12 studio directors and the wood engineer Rémy Meylan. 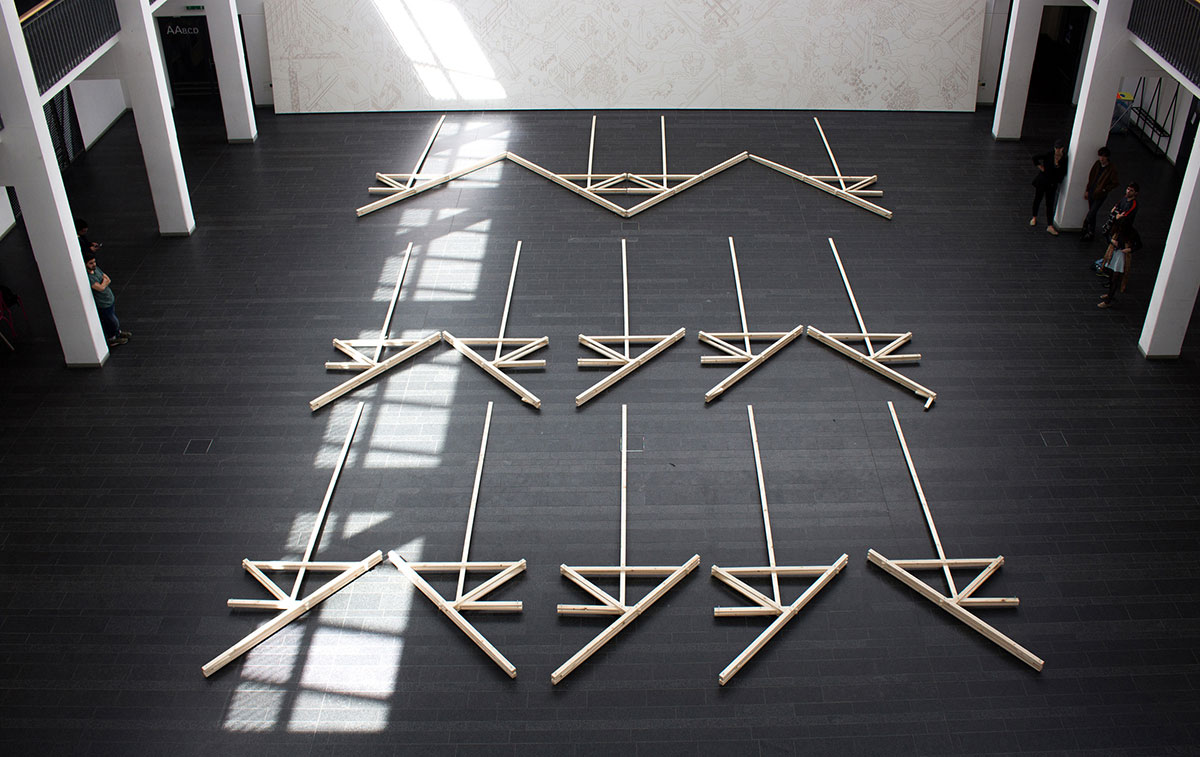 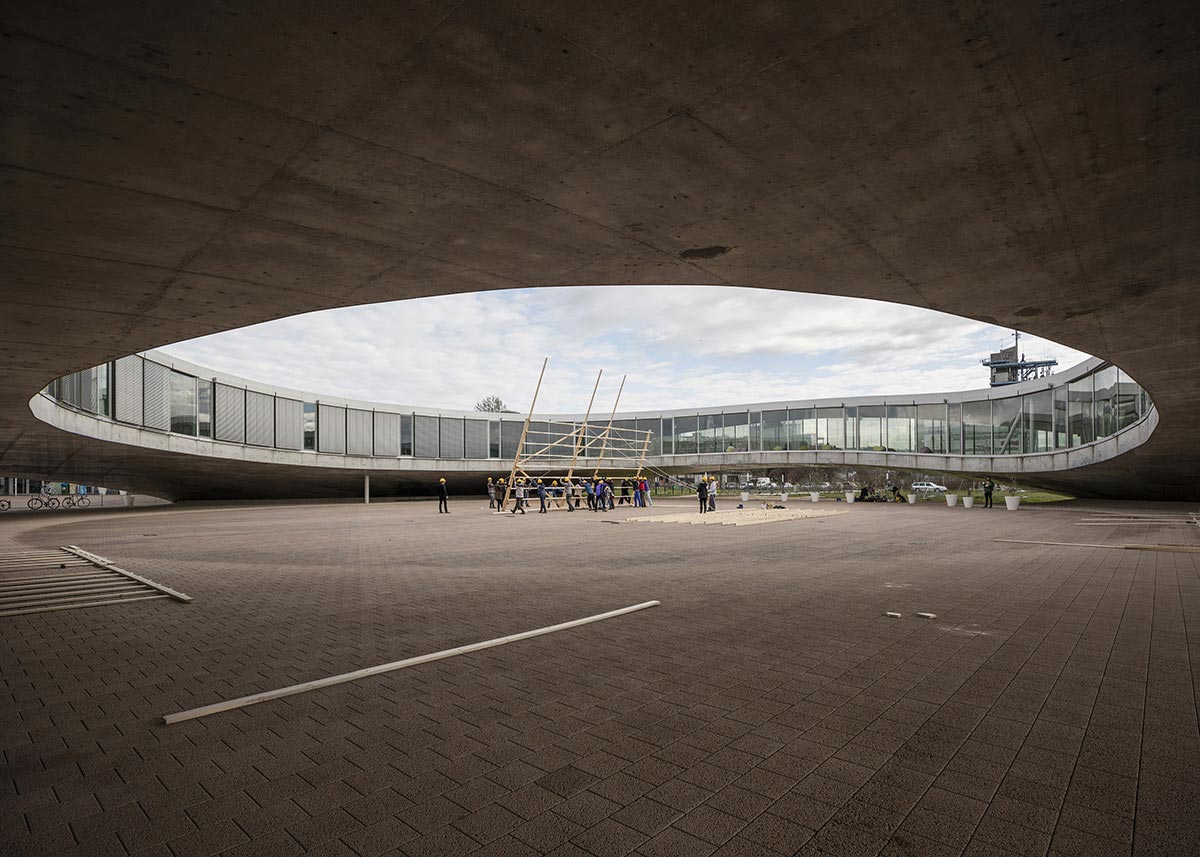 In succession, each team was asked to design and realize a ROOM (a space intended for HABITATION), or a TRANSITIONAL SPACE providing CONNECTIVITY (porch, stairs, doorway). 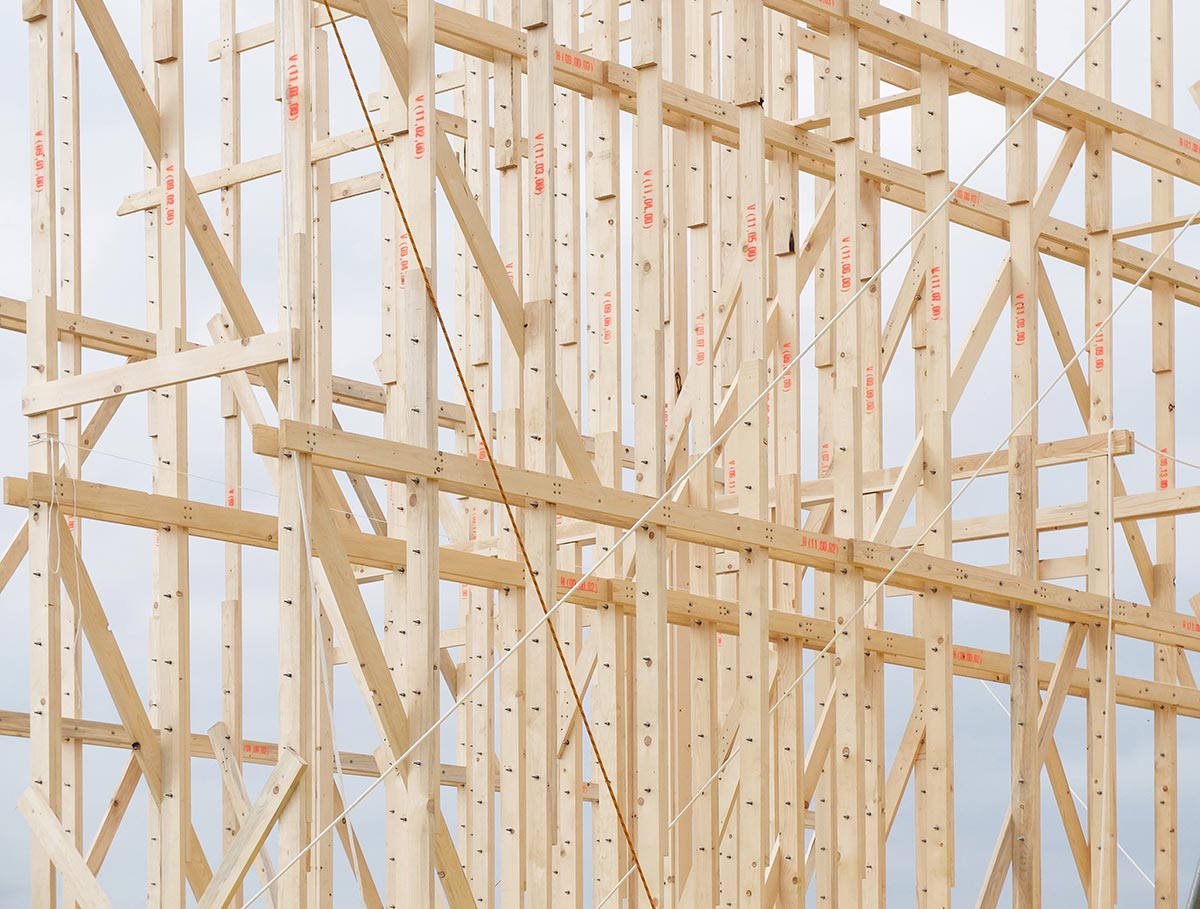 The boundaries that divide the studio projects are blurry zones of negotiation over space, culture, and ideas. Accordingly, each project is strongly influenced by the others as it enters into a multi-layered discourse with its surroundings. The spatial experience of HOUSE 1 is therefore not that of homogenous architecture; rather, it is an unfolding evolution of space that invokes questions, contains possibilities, and is open for interpretation. 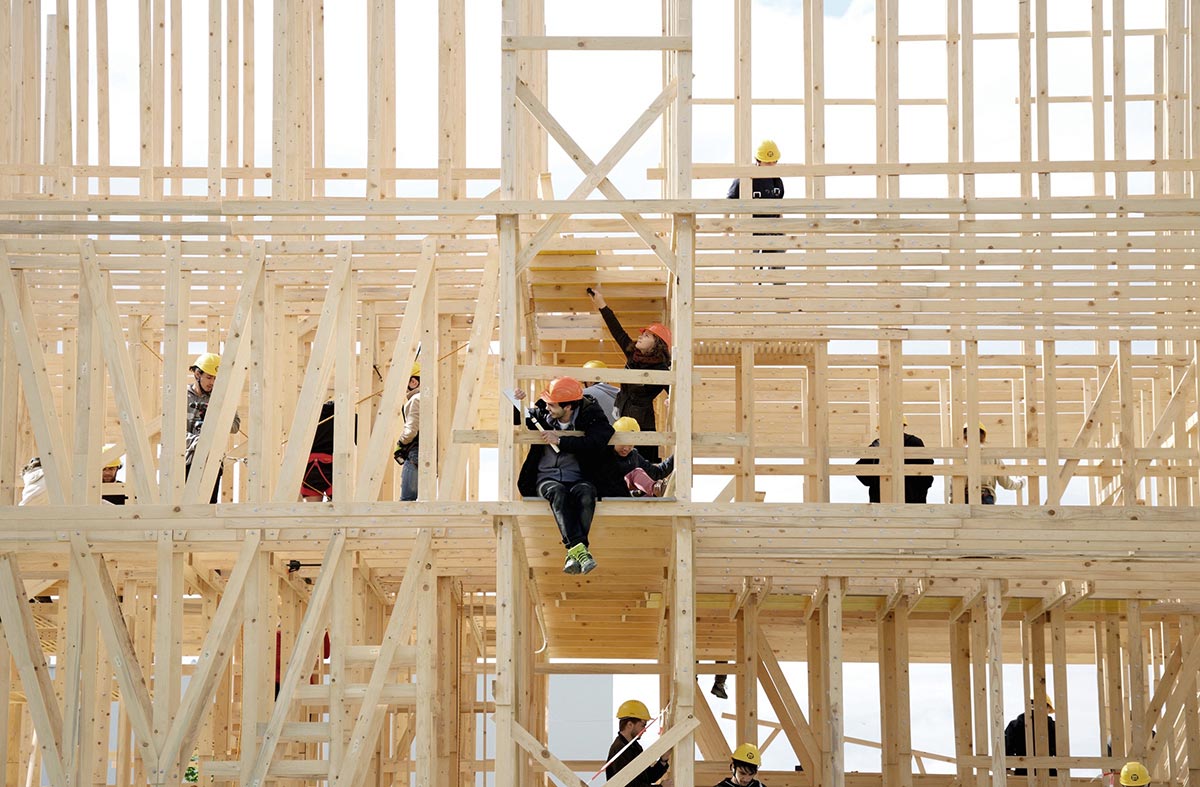 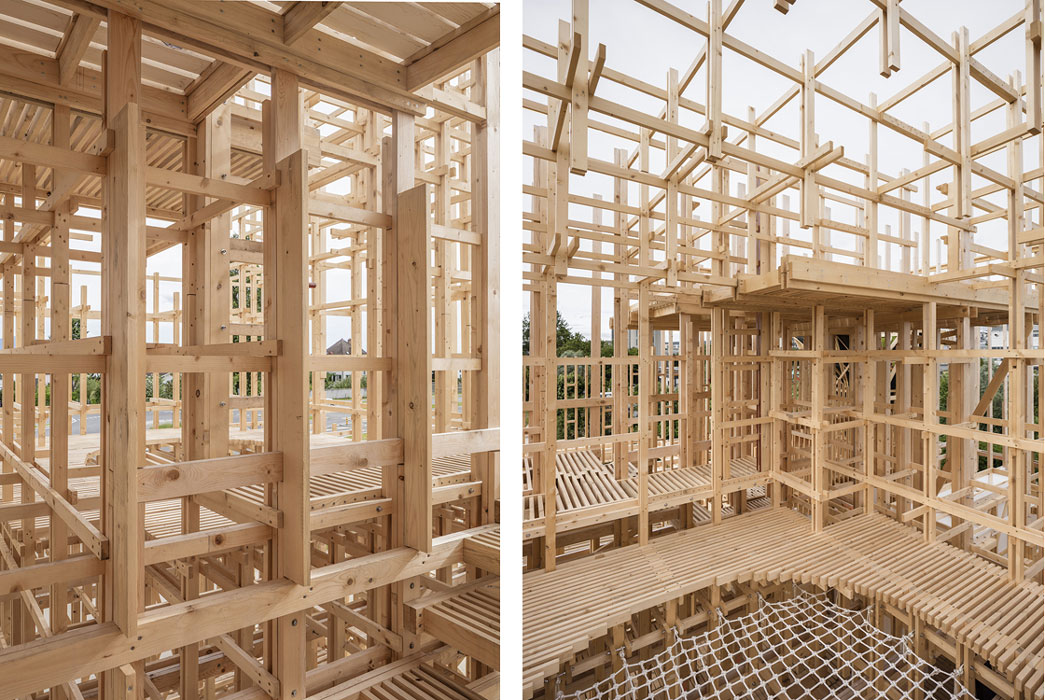 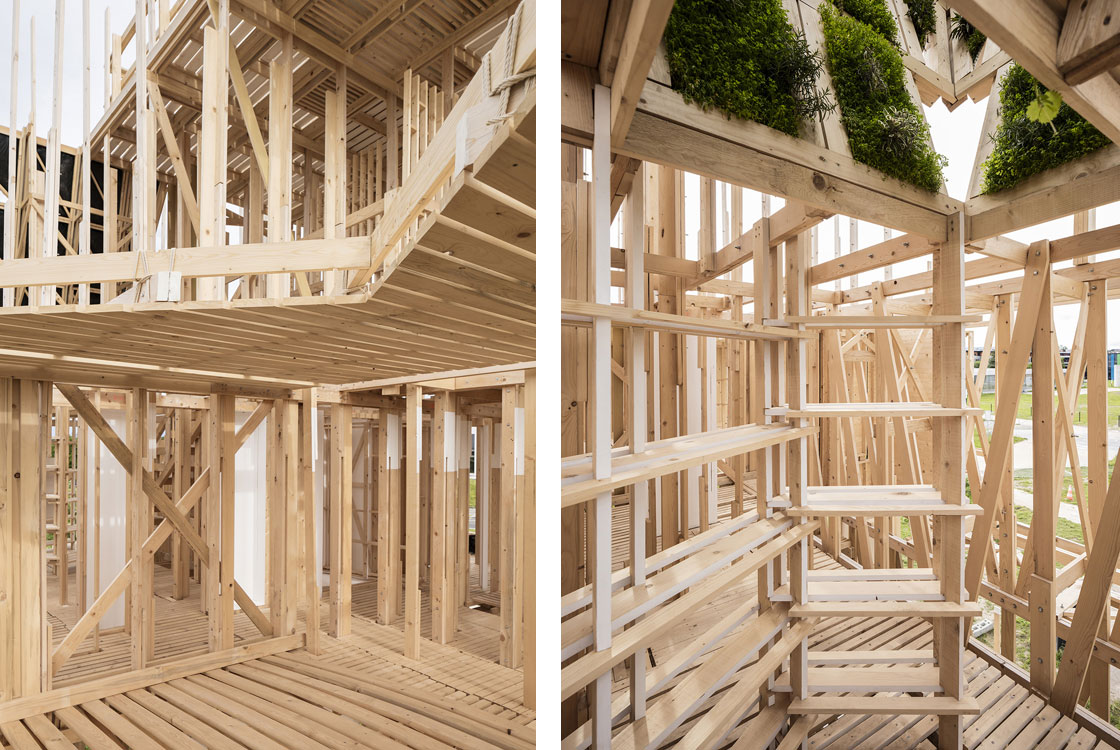 Alexa den Hartog, one of the 12 studio directors responsible for making HOUSE 1 a feasible project, characterizes the proto-structure and its process of inhabitation as a “restricted physical and temporal – ever changing – landscape that only slowly solidified”. To quote Dieter Dietz, HOUSE 1 reveals its final form “not as something that is done from the top down but something we share”. 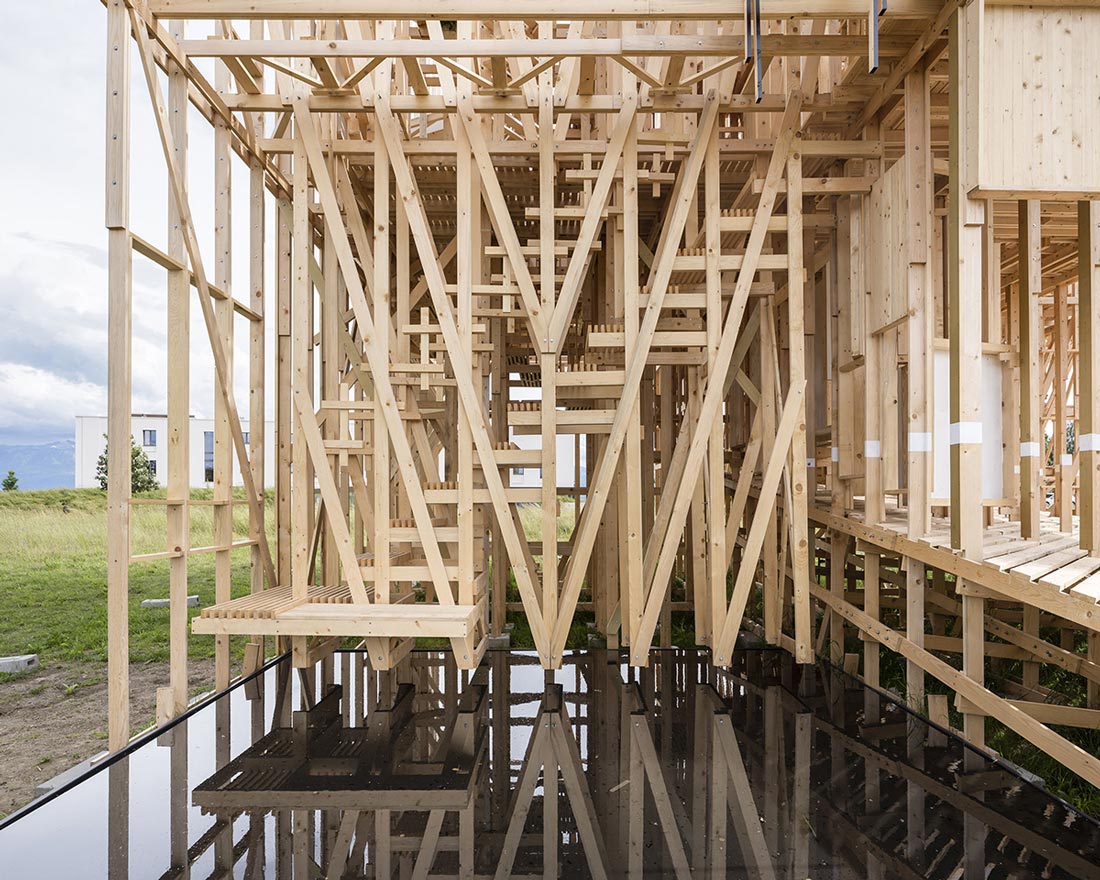 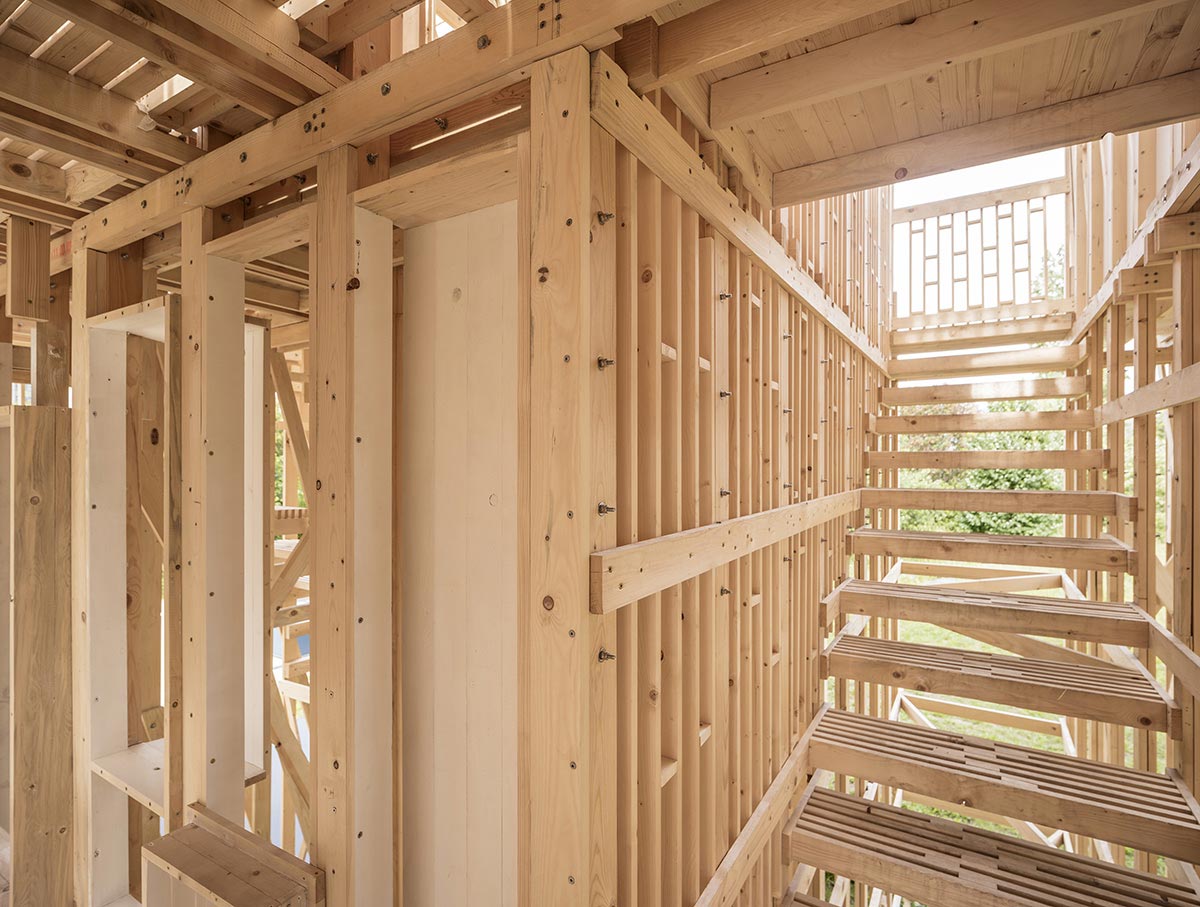 After four months of frenetic work and strong engagement, the project was completed recently and is now open to visitors on the EPFL campus next to the Rolex Learning Center. 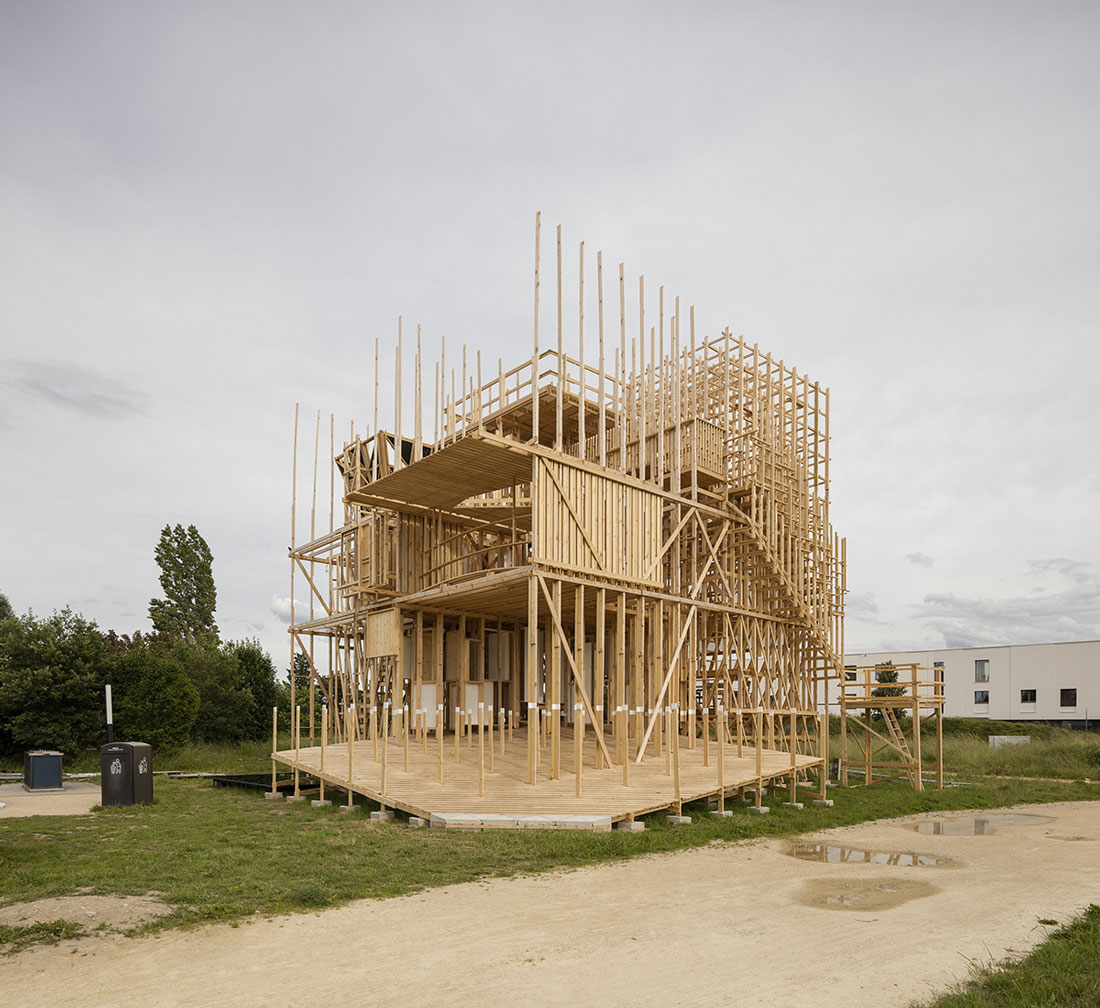 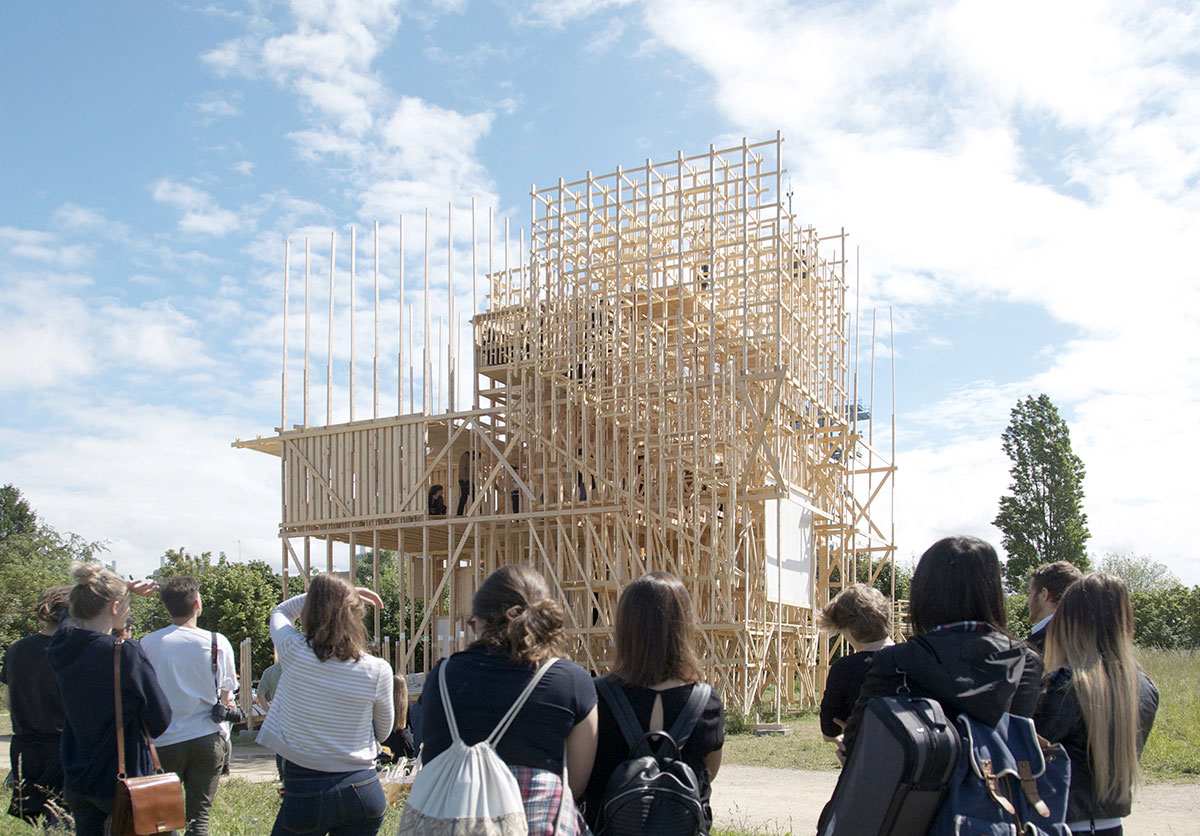