Wellness Hotel Sotelia fills the gap between two existing hotels, neither of them hiding their different architectural origins. The new hotel does not try to summarize samples from nearby structures but rather clearly distances itself from the built environment and connects, instead, with its natural surroundings. 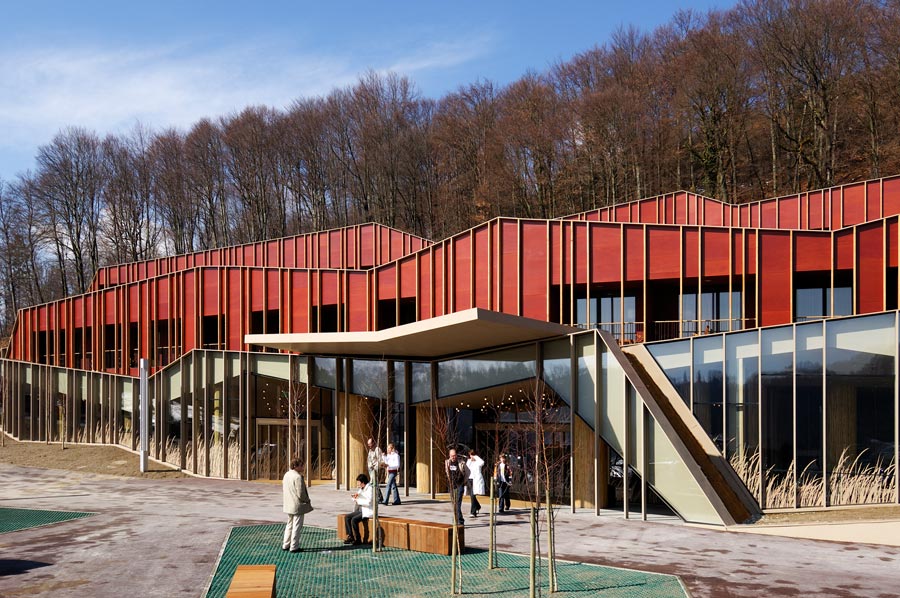 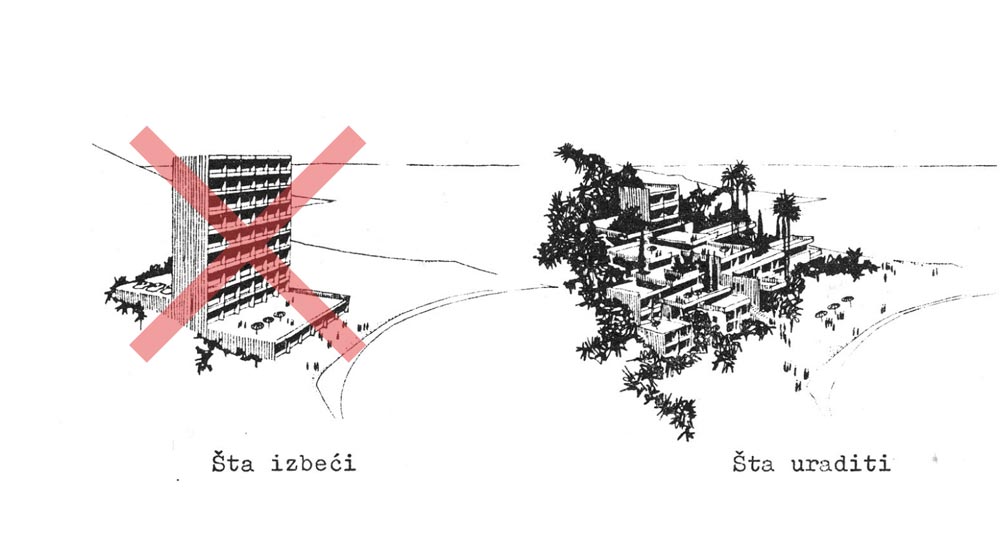 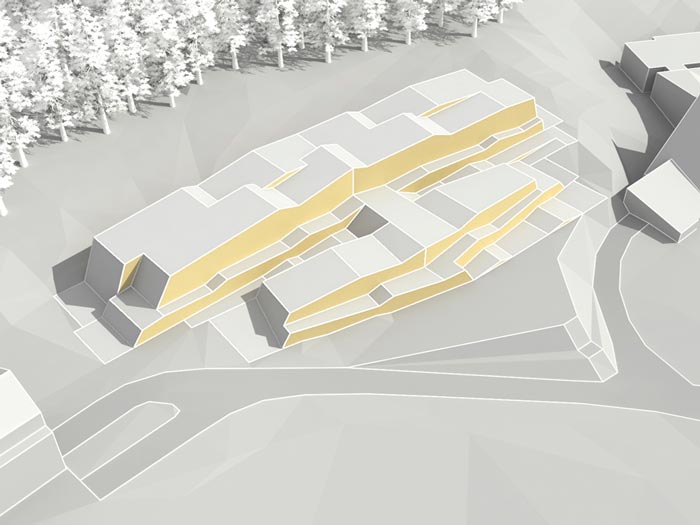 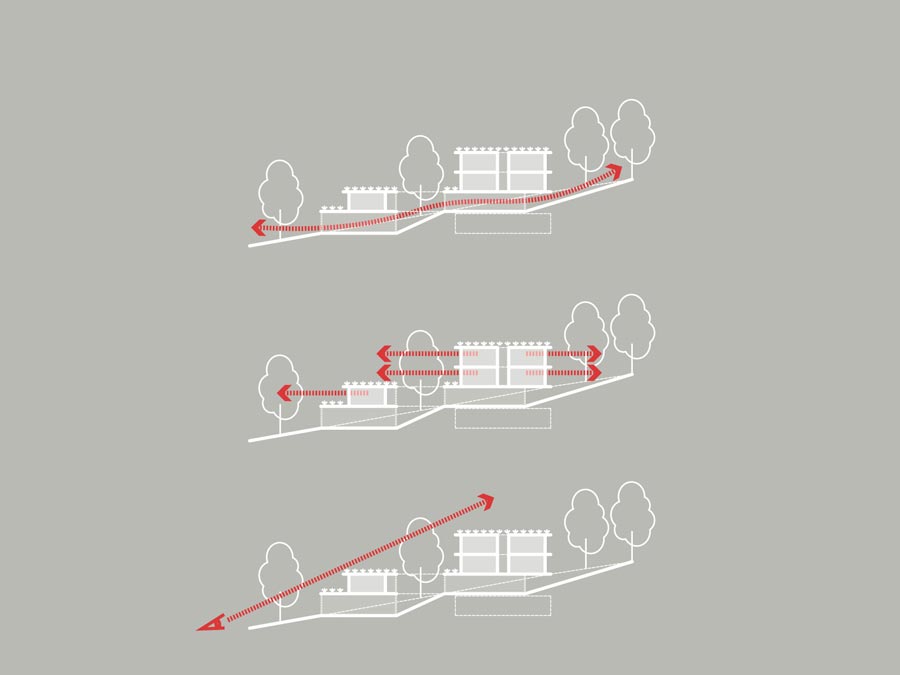 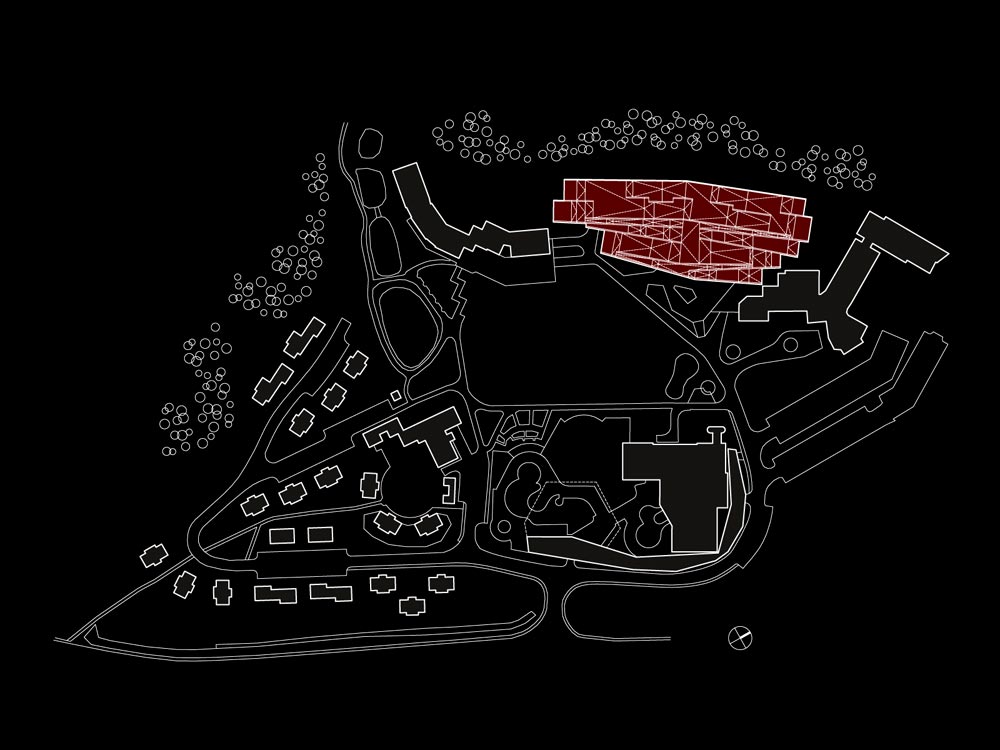 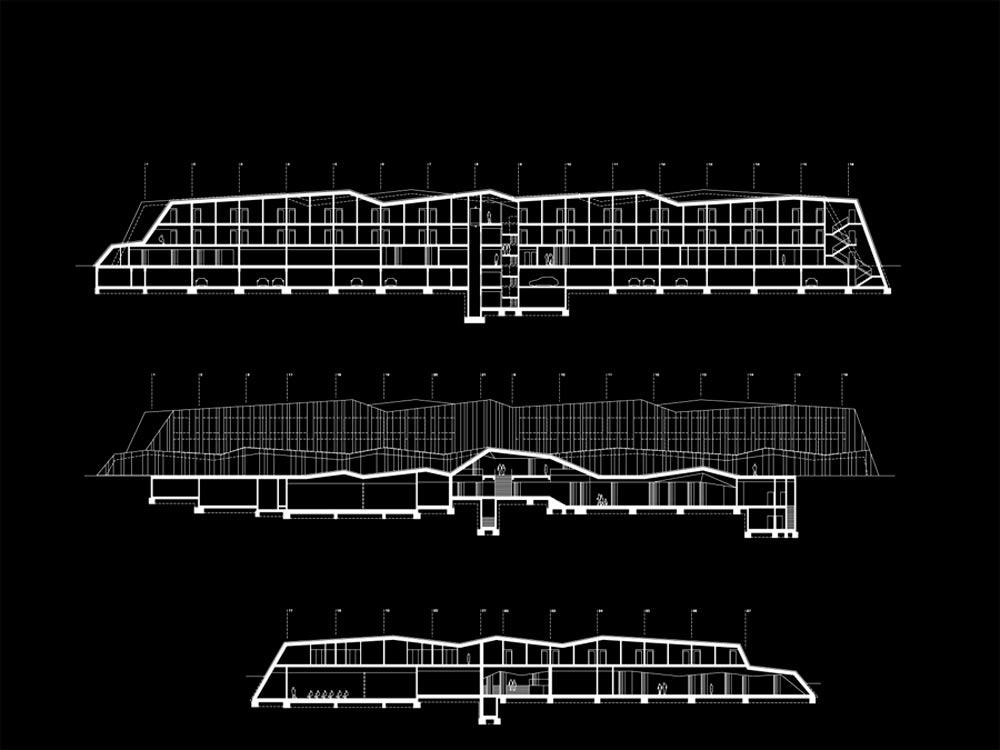 In the design process the primary concern was to avoid immense building mass, like the one suggested in the client’s brief, which would have blocked the last remaining view of the forest behind. The originally foreseen single volume is therefore broken up into smaller units arranged in landscape-hugging tiers. Individual sections of the building are placed to overlap one in front of another, and as a result, the four storey, one hundred fifty room building appears much lower and smaller than this description would suggest. 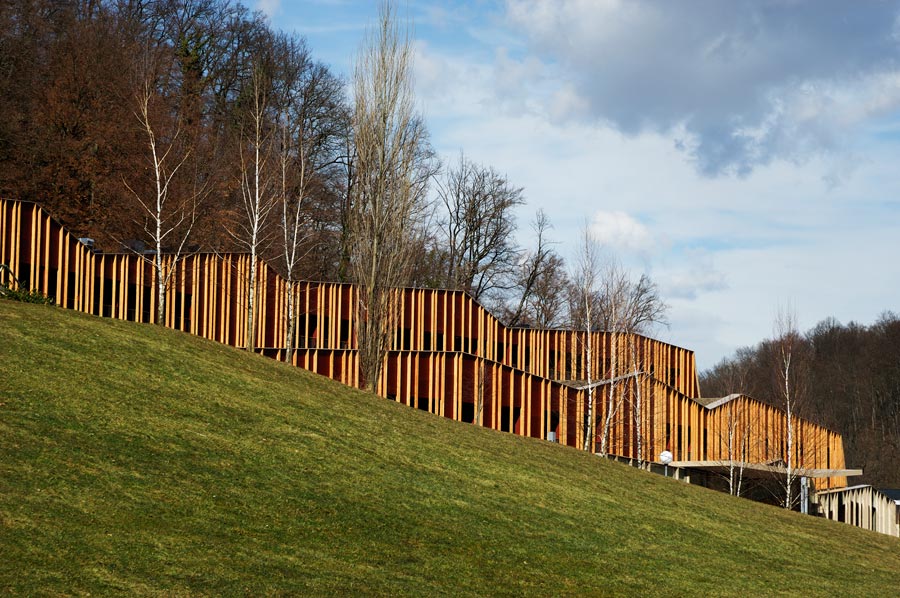 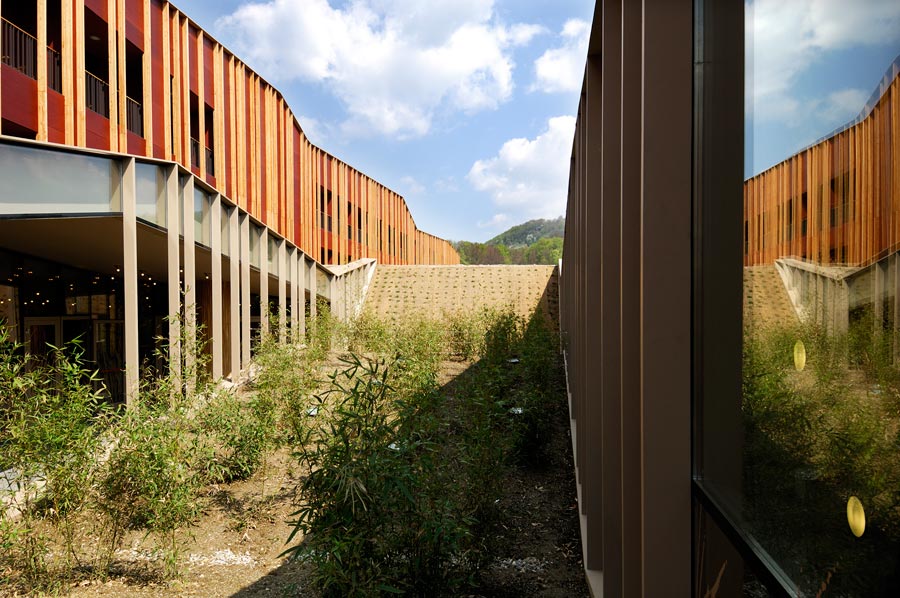 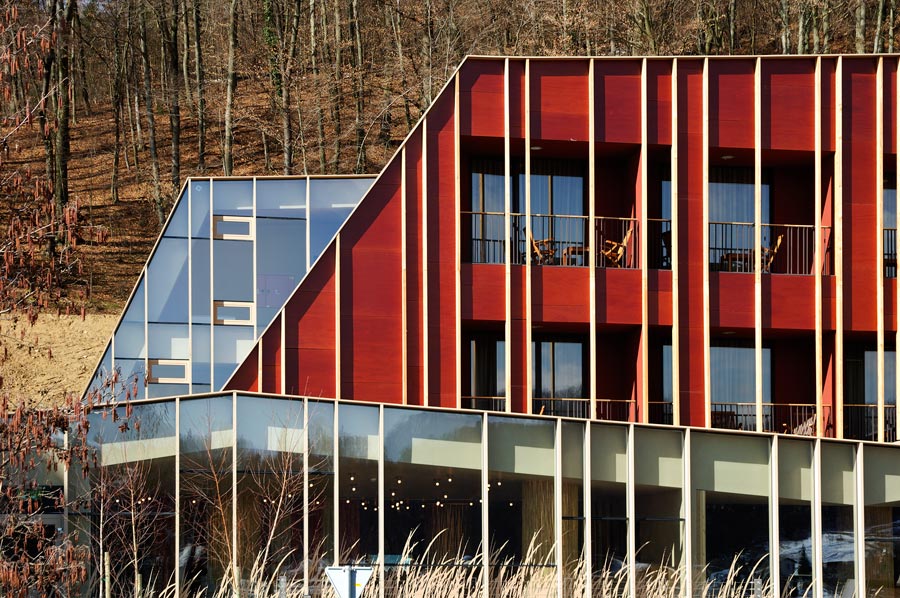 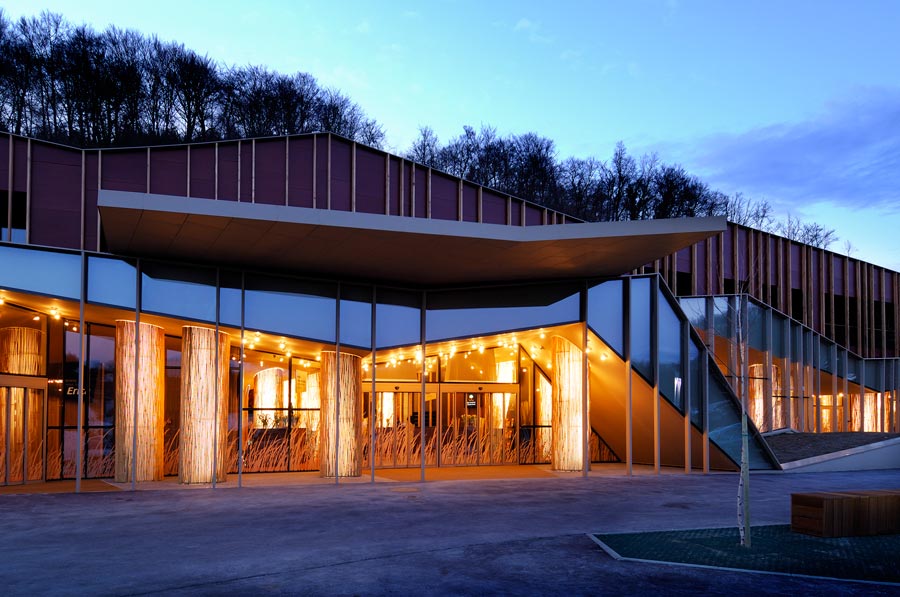 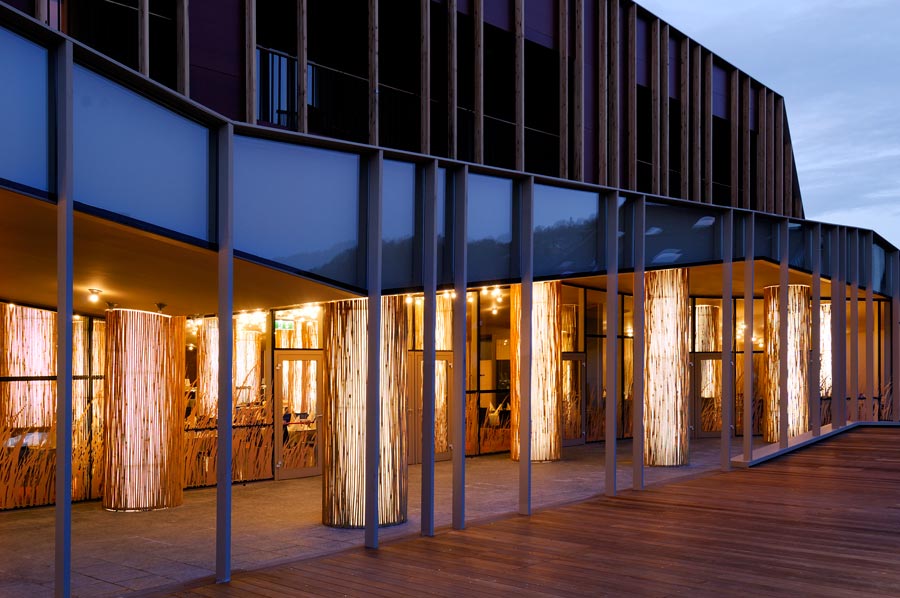 The specific shape of the hotel is a direct result of seeking to link with the landscape. The unique structures offer passers-by diverse spatial experiences. From the front the building is perceived almost as a two-dimensional set composed of parallel planes placed one behind the other. A clear division between the glass facades of the public part and the wooden paneling of the hotel rooms is unified with a raster of vertical elements made out of natural wood and visually interacts with tree trunks in the background. Yet just a short walk around the hotel reveals entirely different views. The surrounding terrain is cut and folded into stripes of greenery that, supported with a seemingly impermeable plane of vertical wooden beams, form the volumes of a greater building. 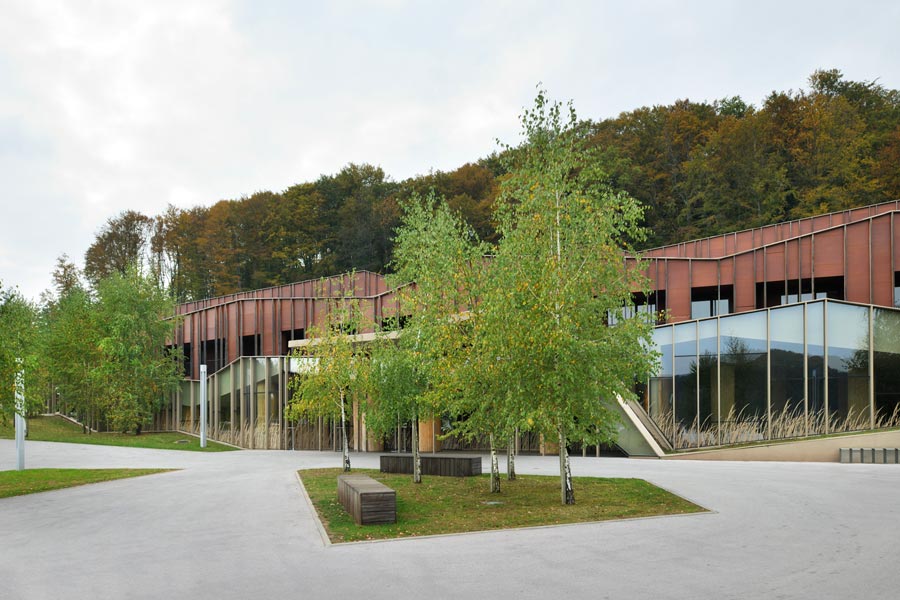 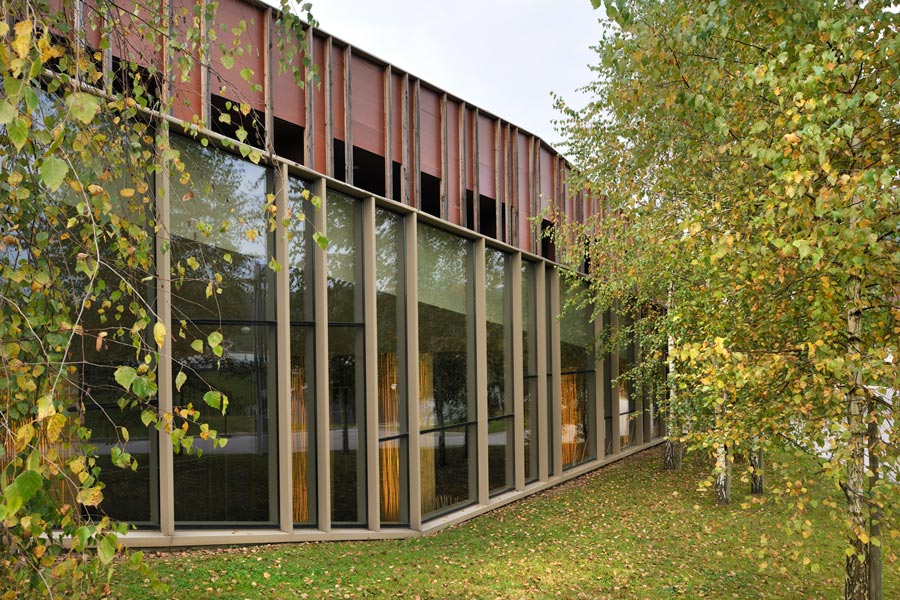