The building is located in the upper part of the town. It backs onto the woods, forming the final outlying limit of the built-up area. Echoing the open landscape, it faces toward the Belfort Lion on the hilltop opposite.

In this strong context, the building offers its solidity, an almost opaque mass of grey concrete. The surface of the mass has an unusual texture, hinting at plants or the veins in marble. It has been achieved by drip painting in two shades of blue. The drips of paint lend depth and thickness to the skin of the building. The surfaces vibrate in the light, apparently in motion – matter ceases to be static. 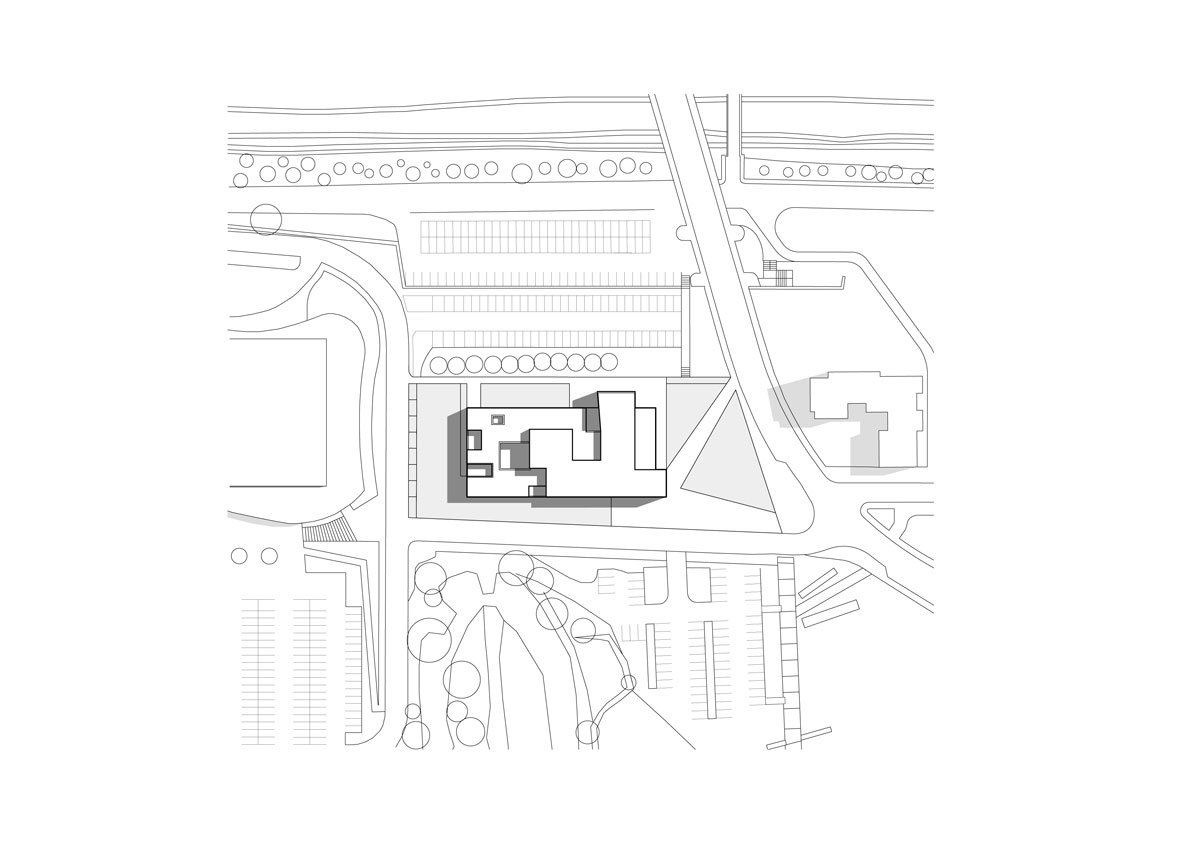 The concrete monolith exudes an enigmatic presence. Only the volume of the dance room seems to be looking at the Lion, constructed in 1879 as a symbol of resistance to the enemy. The building condenses a program with very varied volumes. The building contains two auditoriums, a theatre, a large dance room, a library, classrooms, administrative offices, and a host of studios with very varied volumes and areas. The acoustics of each studio are designed to suit one specific instrument. The areas appear to fit into each other. Empty areas are hollowed out of this compact mass, creating relationships between the different levels. The entrance hall is on an unexpected scale. The library seems to be suspended, marking out the cross-section and serving as a giant deflector. The central patio is the darkest area. Its color and its negative drip design reverse the codes of the outer envelope. It is the ultimate expression of density. 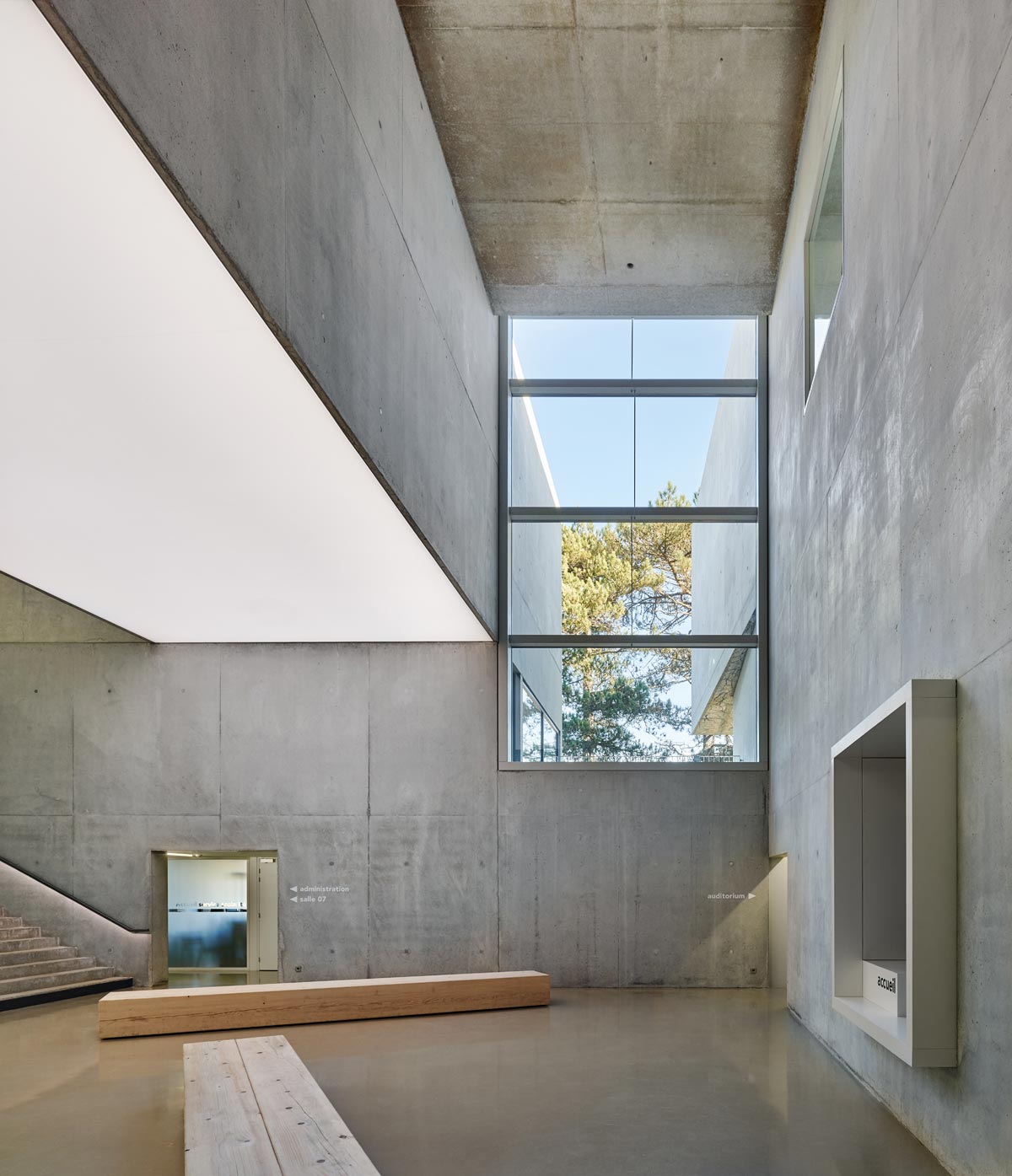 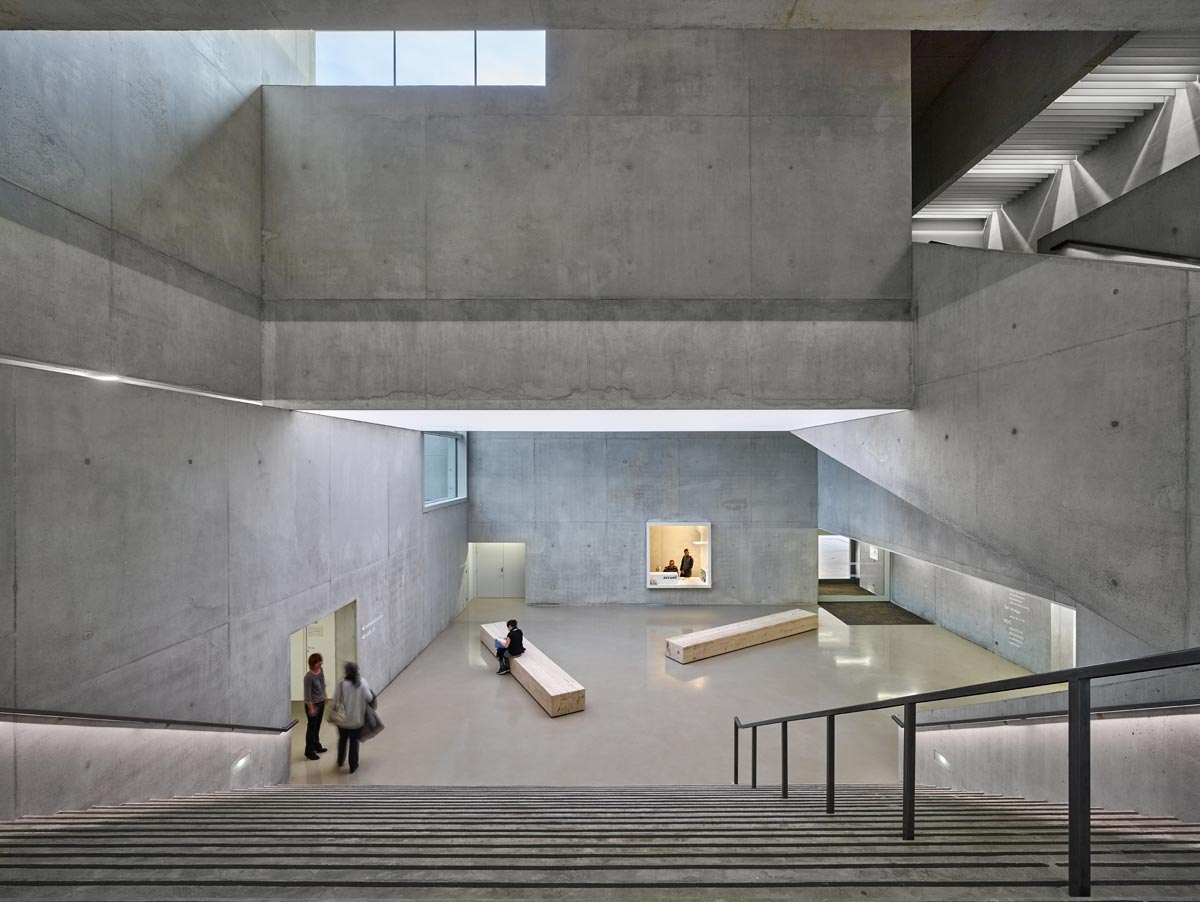 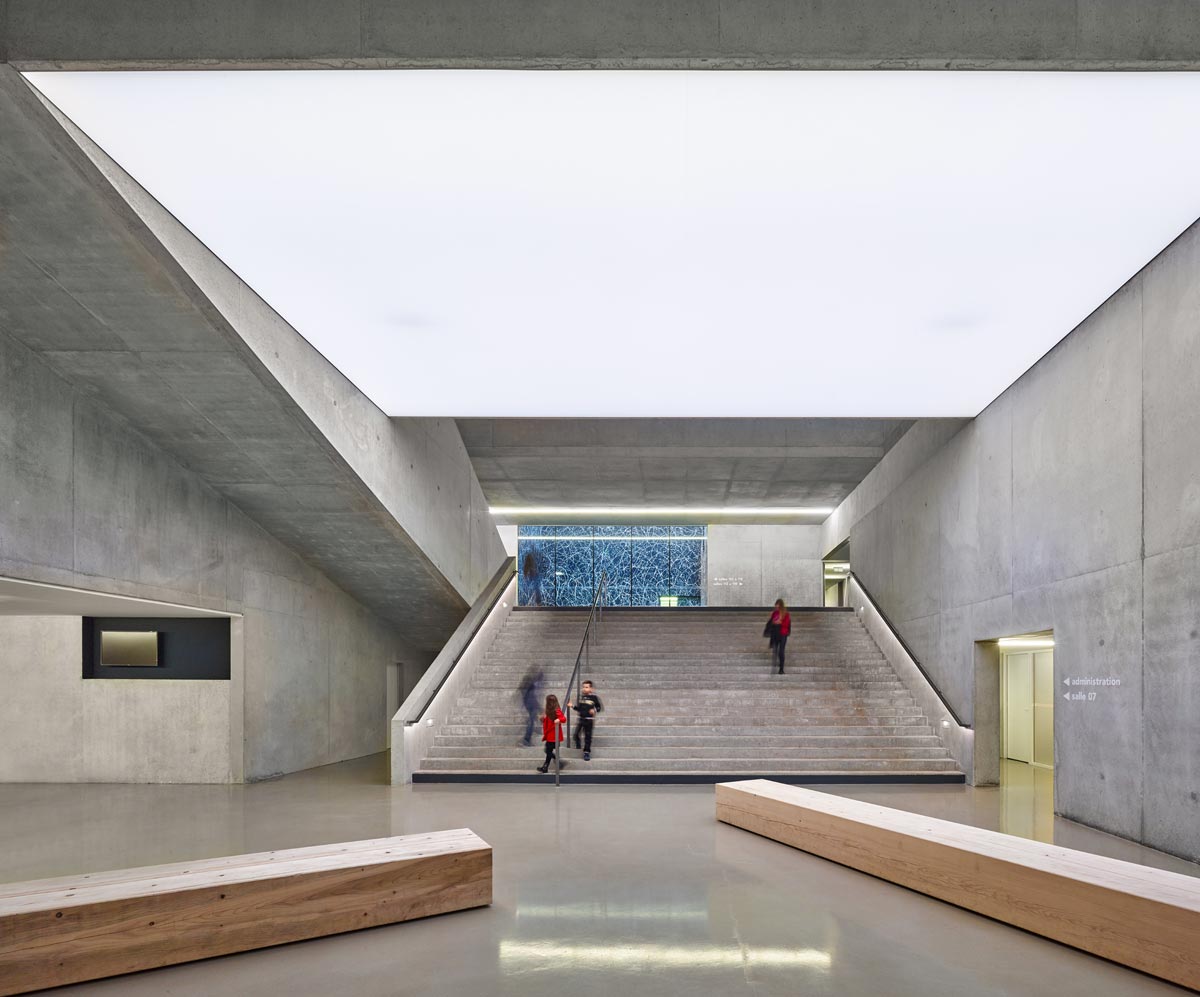 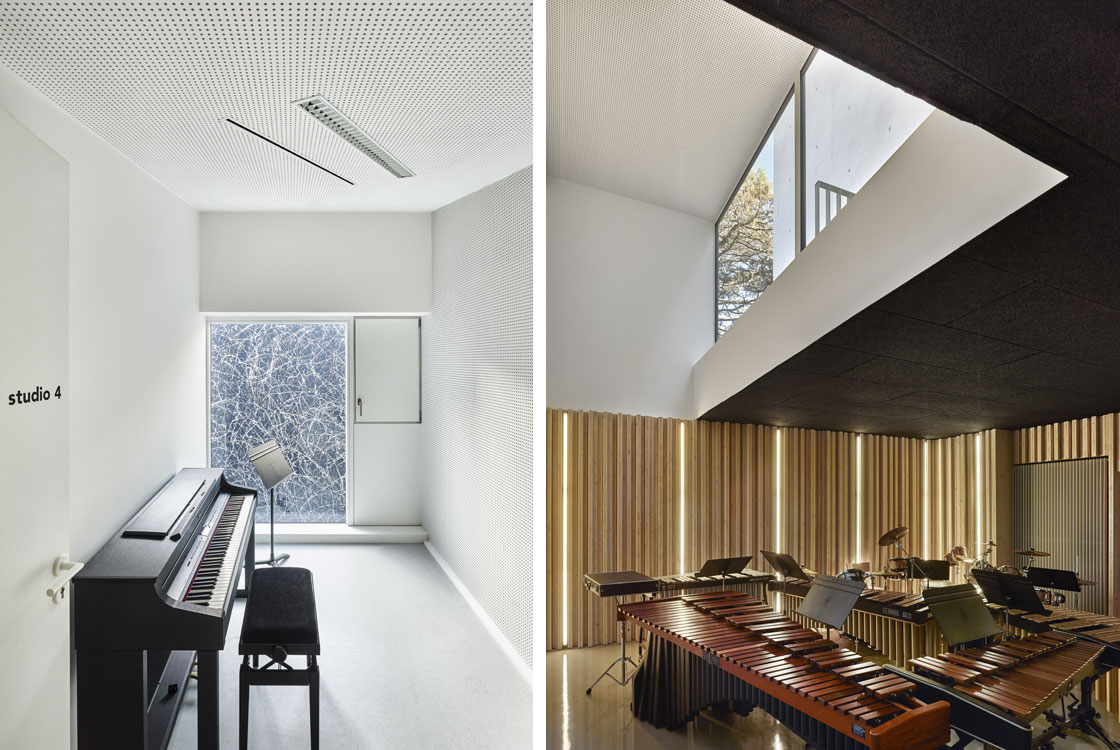