Pueblo Bello is a village in the Urabá region of Antioquia, with a population of about 2,000 people. Beginning in 1990, and for nearly 20 years, it suffered the worst effects of paramilitary and guerrilla violence in Colombia. Forced disappearances, massacres, the burning of buildings and people, and population displacement were all common occurrences. This sinister panorama encompasses the disappearance of “los 43”, the largest forced disappearance in Colombian history, for which the nation was sanctioned by the Inter-American Court of Human Rights. 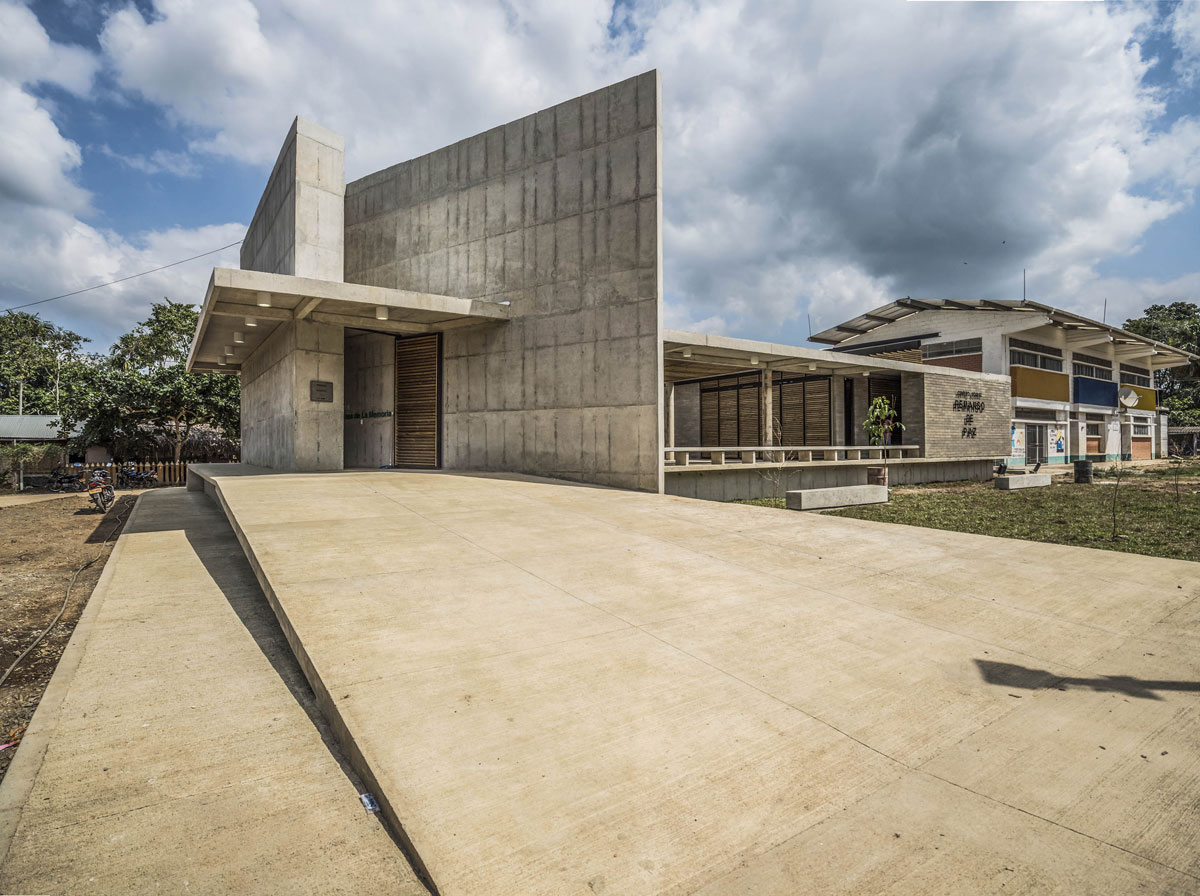 As part of the measures of collective reparation for victims,[1] intended to leave behind the violence, the community of Pueblo Bello outlined the need for a building that would serve to recover and strengthen community life in the corregimiento, while honoring the memory of the area’s 500 victims of violence. The building was built in 2014 to host an architectural program formulated directly by the community according to the inhabitants’ wishes and needs. The design was based on a recognition of the place and its inhabitants, their history, their needs, their way of life and their plans for the future. 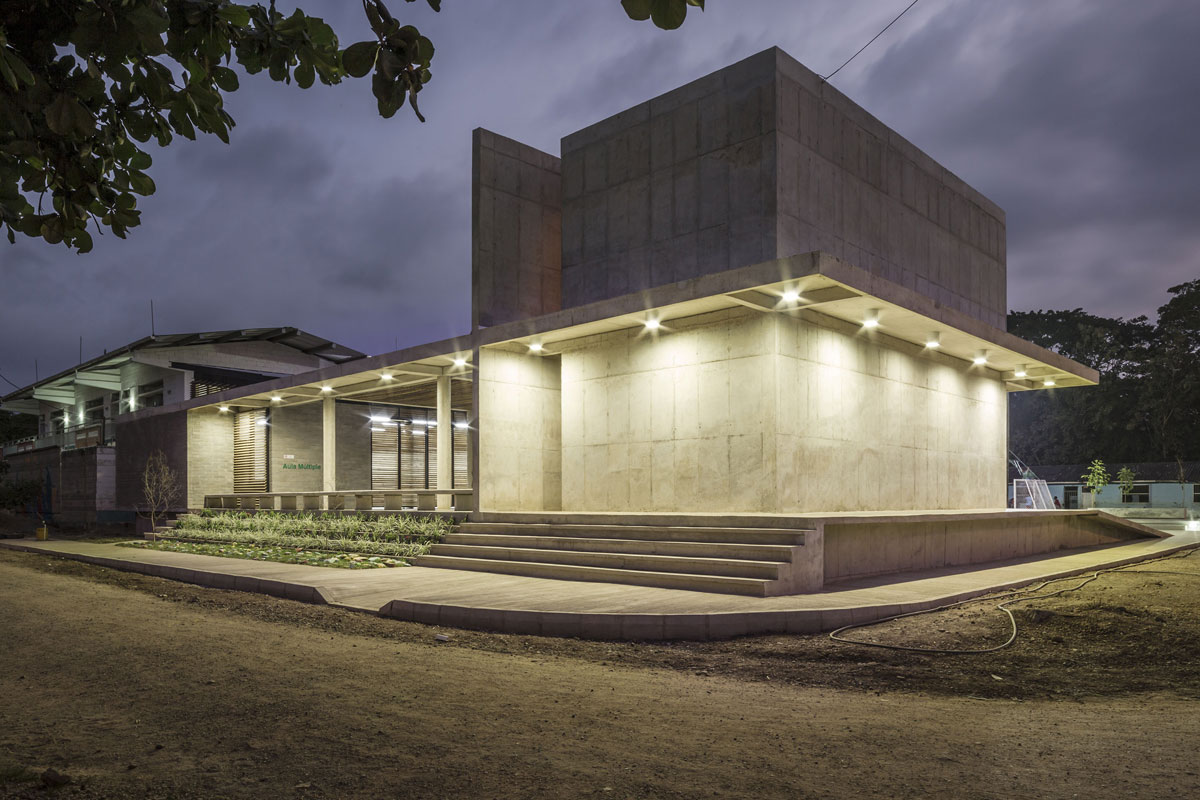 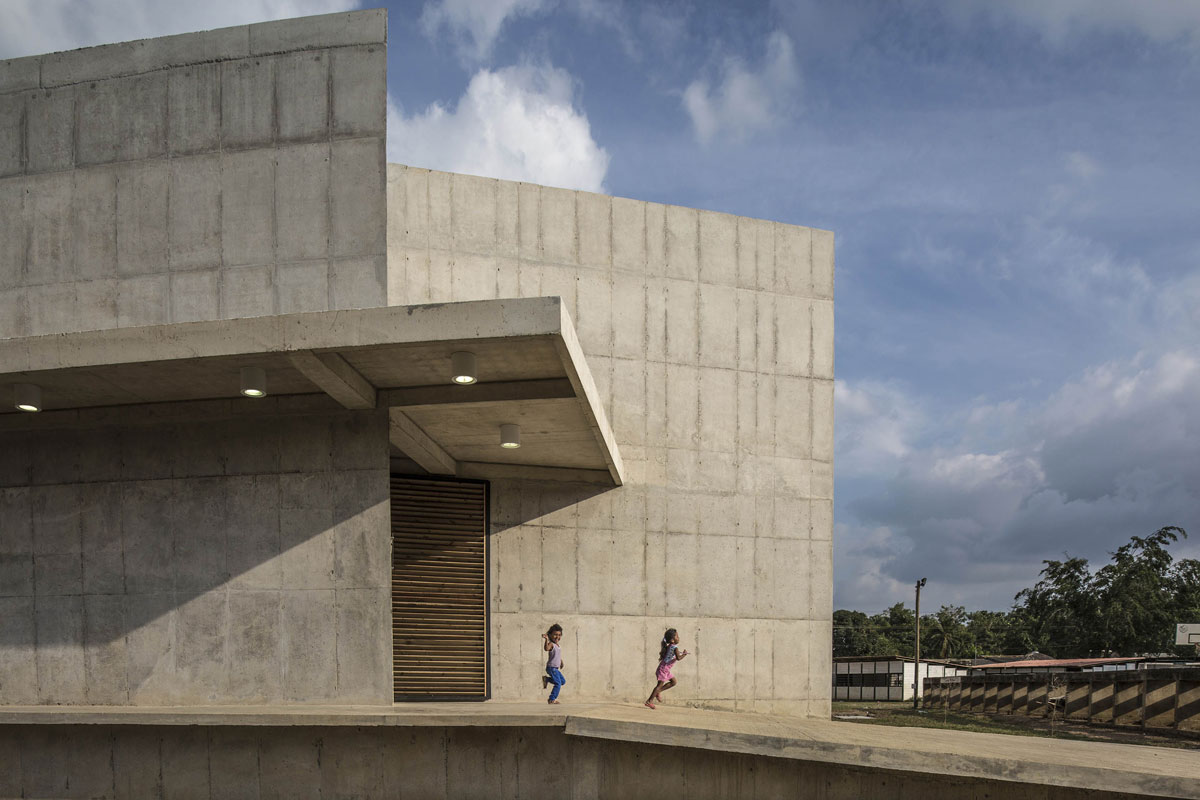 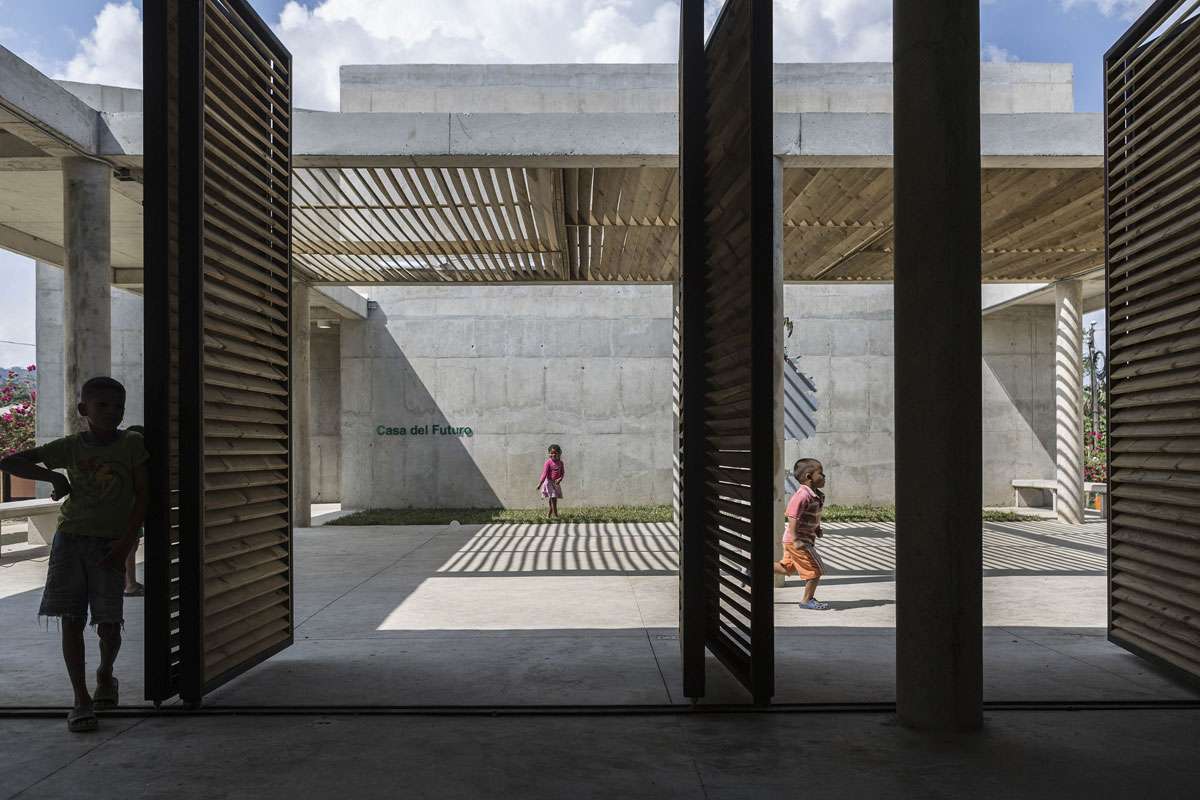 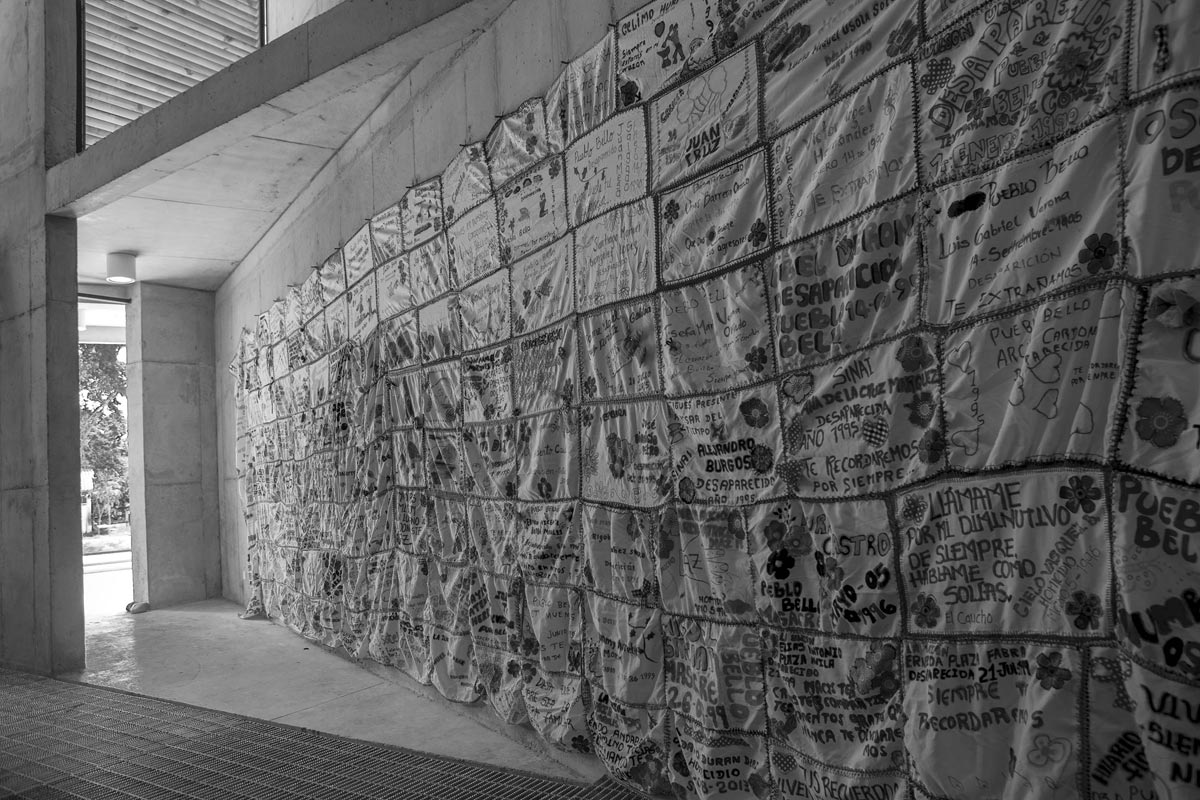 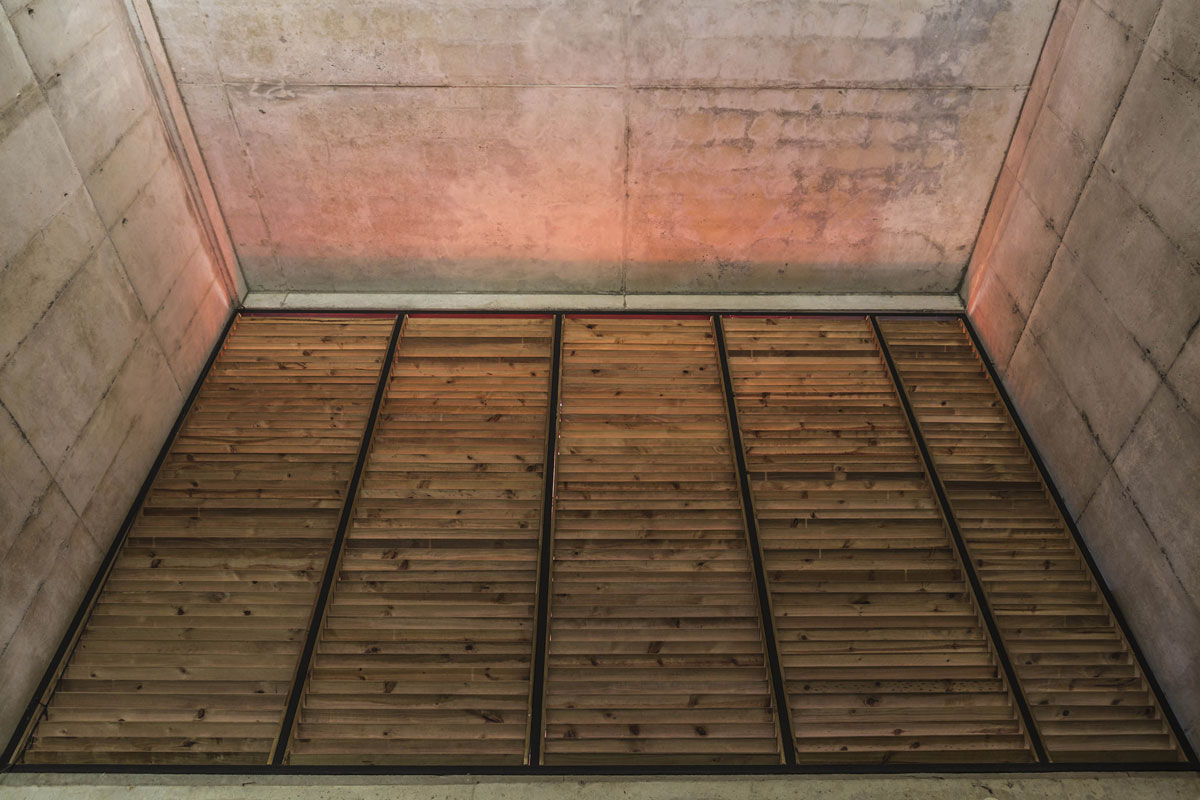 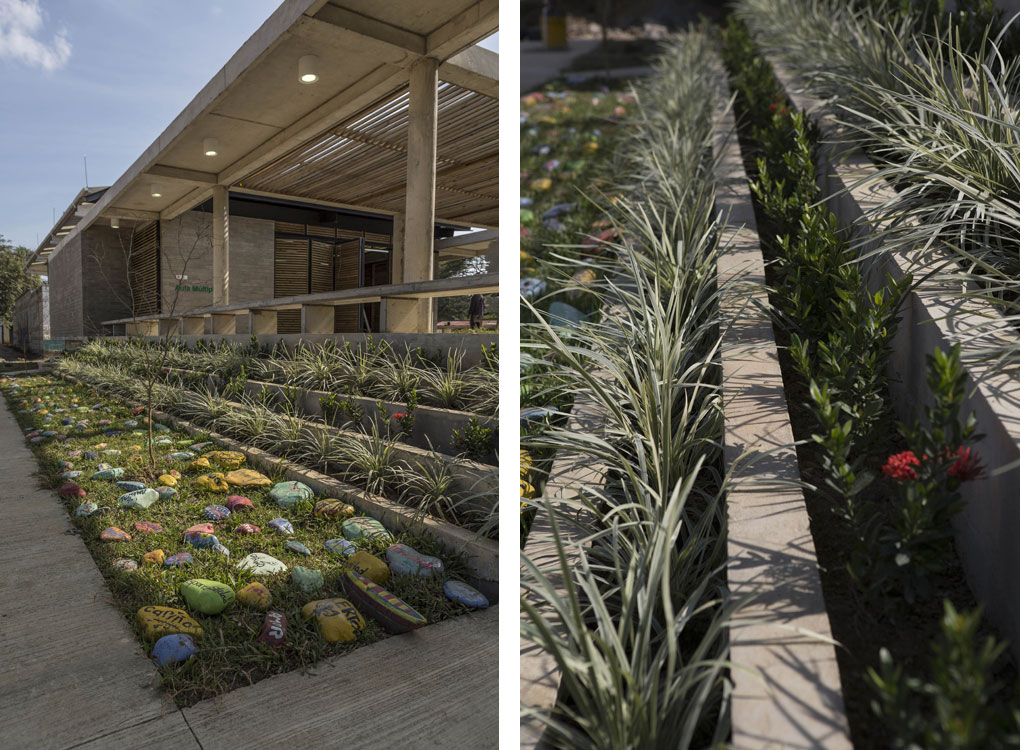 The path through the building begins on a large a ramp, the main entrance to a building raised above the ground, which protects it from the flooding of the Mulatos River; the ramp’s size also allows it to be used as an outdoor theater. Bordered by a diagonal wall 8 m high, the large ramps leads up to the House of Memory, a space charged with symbols that pay homage to the victims of violence: the use of light, the change in the flooring as a symbol of dissociation from a place, and the diagonal wall as a reference to the outbreak of violence. Visitors must pass through the “House of Memory” to reach the rest of the building, since the future cannot exist if we ignore the past. On leaving this first space, visitors come to the first of the building’s two courtyards, an interior garden where a tree was planted as a sign of the community’s rebirth. This courtyard connects directly to the open classroom, a semi-covered square that harkens back to the region’s lifestyle, where the social spaces in houses are both inside and outside at the same time. This open classroom is connected back to the “House of Memory” through the second courtyard. It is a multi-use classroom used for training sessions. Here, the enclosure is made of wooden shutters that let in the breeze, while controlling light. Finally, the most private area of the building houses the support areas: bathrooms, equipment rooms, administration and storage. 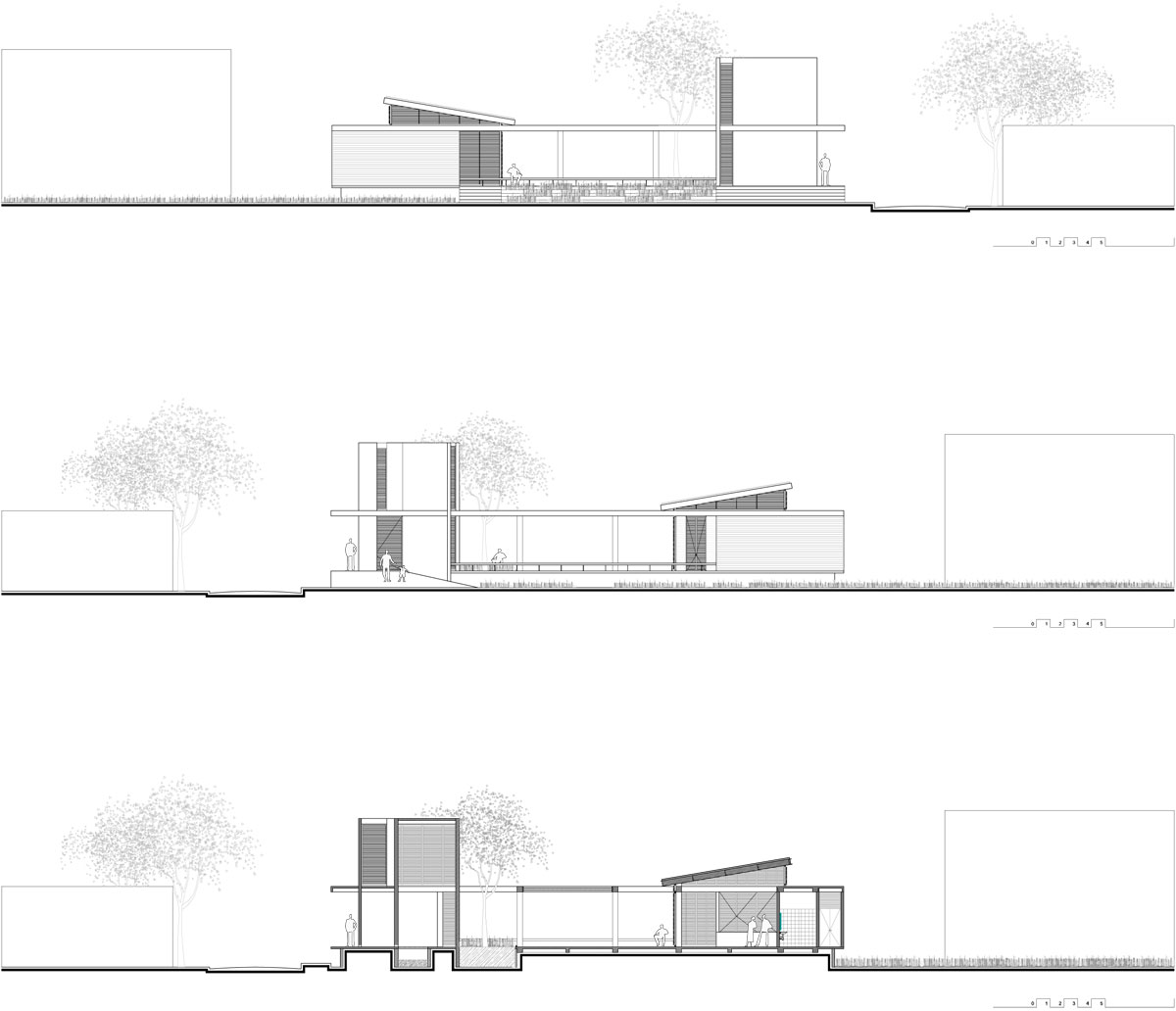 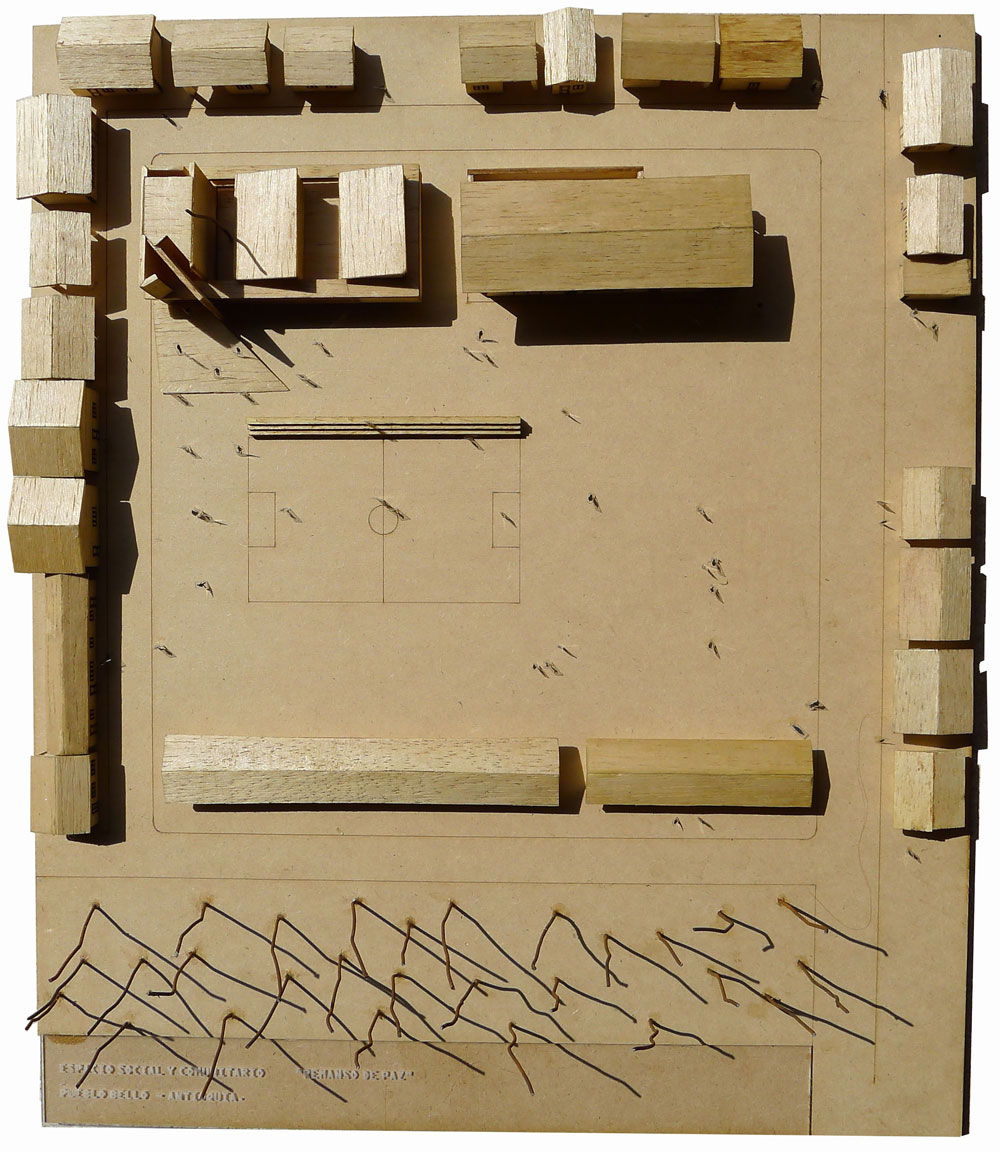