Ground Truth: Testimonies of Dispossession, Destruction, and Return in the Naqab/Negev

Ground Truth is an ongoing project that aims to provide historical and juridical evidence on behalf of communities in the illegalised Palestinian Bedouin villages in the northern threshold of the Negev/Naqab desert, Israel. While forced physical displacement and illegalisation render these communities non-existent on maps and aerial imaging, state-led land works and afforestation transform and erase their land and material cultural remains. The project aims to document and collate disparate legal, historical, and material evidence for the continuity of the sedentary presence of the Bedouin population on this land, as well as traces of their repeated displacement and destruction by government forces. 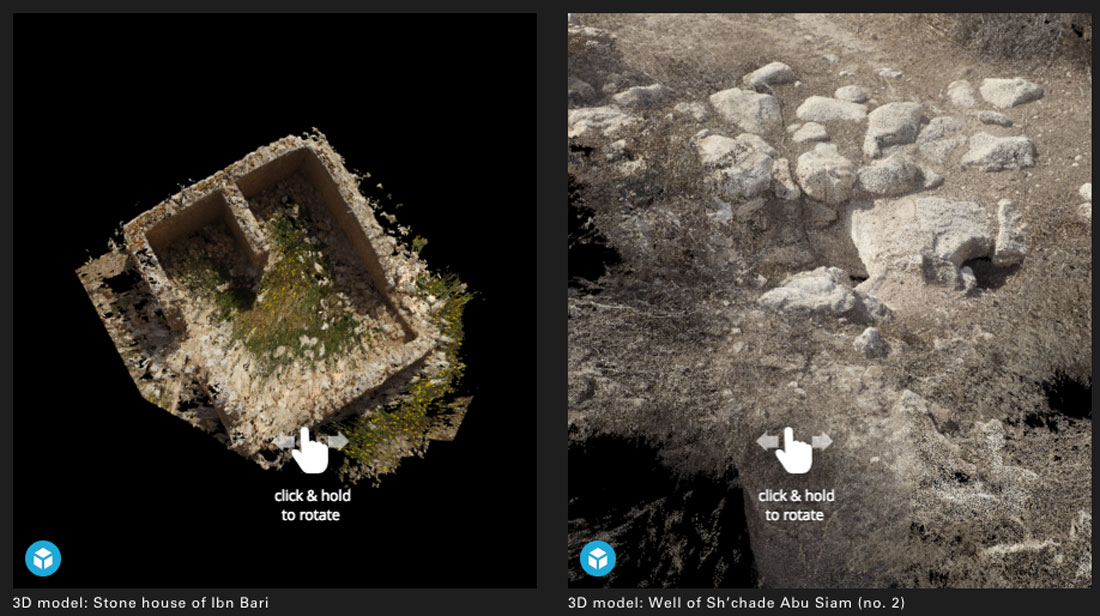 At the heart of the project are a community-led photographic dossier and a 3DGiS platform that utilises contemporary and historical images to map the presence and remnants of the Bedouin’s inhabitation. This first iteration of the project centres on the case of the Al-Araqib village, which has been demolished over 116 times over the past 60 years. A second phase of the project would wish to expand the work into more unrecognised villages where establishing proof of continuity of presence would be helpful.

Through a collaborative process of DIY aerial photography with Public Lab, Zochrot, and the local families of al-Araqib, a kind of ‘civic satellite’ is formed. We use kites and balloons equipped with simple cameras to form a methodology through which aerial and ground views can be gathered across multiple expeditions. These are assembled through photogrammetry into stacked geo-referenced 3D point-cloud photo terrains. Photographs, taken by residents and activists, document not only expulsion and destruction but also their ongoing life and resistance. These photographs, along with other media, data, and testimony, attest to an inflicted violence by connecting the history of this local land struggle to larger-scale and longer-term environmental transformations and to the conflicts that such changes have provoked. 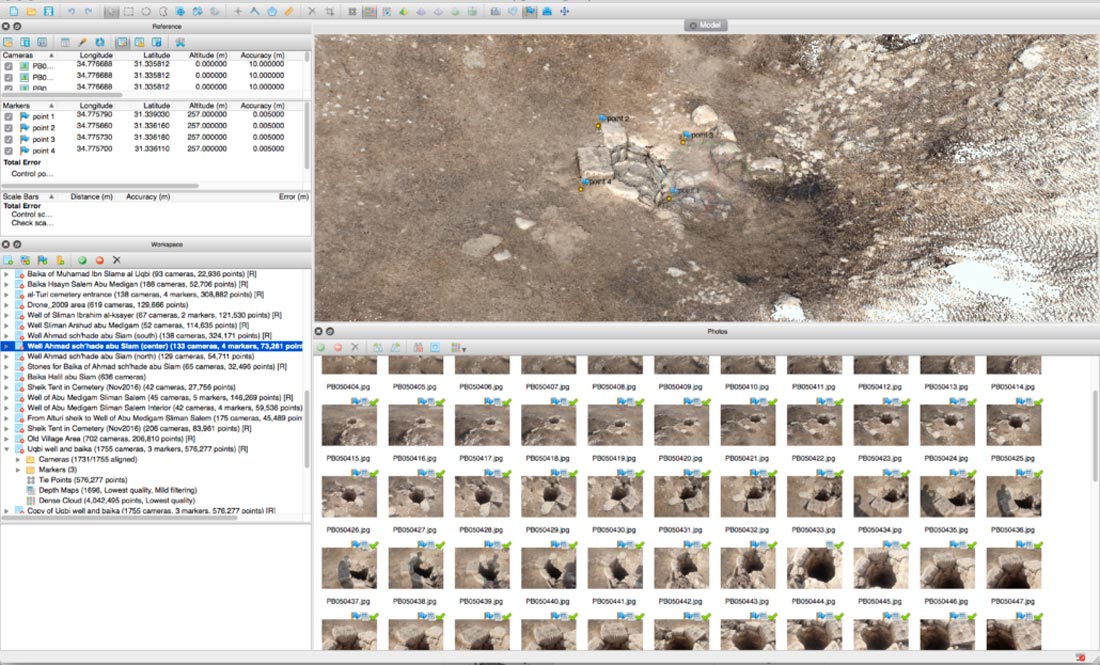 In January 2016, together with the al-‘Araqı¯b Popular Committee, other Bedouin organizations and the anticolonial organization Zochrot, Foren­sic Architecture took part in building and assembling an alternative civil forum entitled Ground Truth, curated by Debby Farber with Aziz al-Tu¯ri and Nu¯ri al-‘Uqbi. It was an improvised institution in a temporary struc­ture we built outside the al-Tu¯ri cemetery. It involved testimonies and the collection of documents, and it also included the closing session of the Truth Commission on Nakba in the Naqab, a long-term project by Zochrot.

Ground Truth took place on 1 and 2 January 2016, because we hoped the New Year would give us a little breathing space, a stay on the forum’s inevitable demolition.

The forum included the collection and photography of documents and the creation of an online archive.