Could Plaça de les Glòries, a space regulated by transport infrastructure, become, in the next 40 years, the city’s central waste management hub, where waste would serve to construct configurations of a public space for citizens?

By intersecting Barcelona’s three major roads in this traffic node, Cerdà planned Plaça de les Glòries to be the city’s ‘new urban center’. However, Glòries remained underdeveloped due to a lack of public and commercial program, instead acting as a space regulated by transport infrastructure. 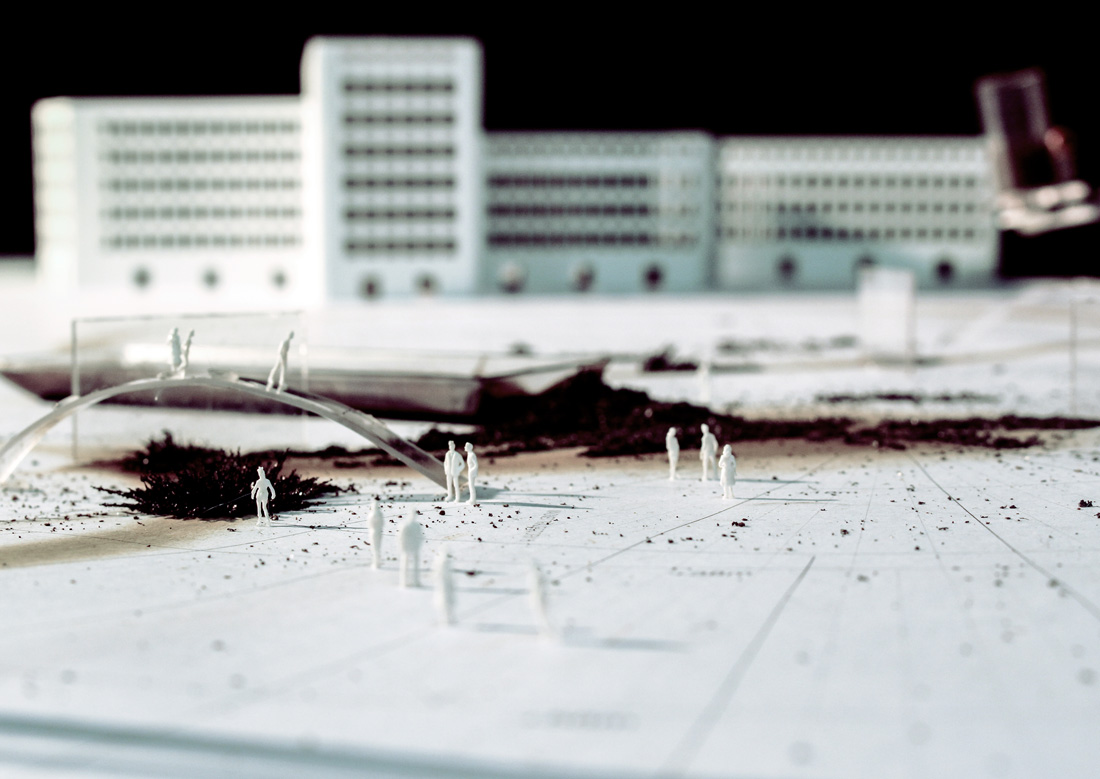 The square is unable to function as a unified and occupiable public space due to the sectioning of the major roads, creating a barrier to pedestrian circulation through spatial and occupational division. It is also an broad open space which offers little shelter and few facilities for communal or recreational use. In that sense, local residents do not associate Glòries with communal space. 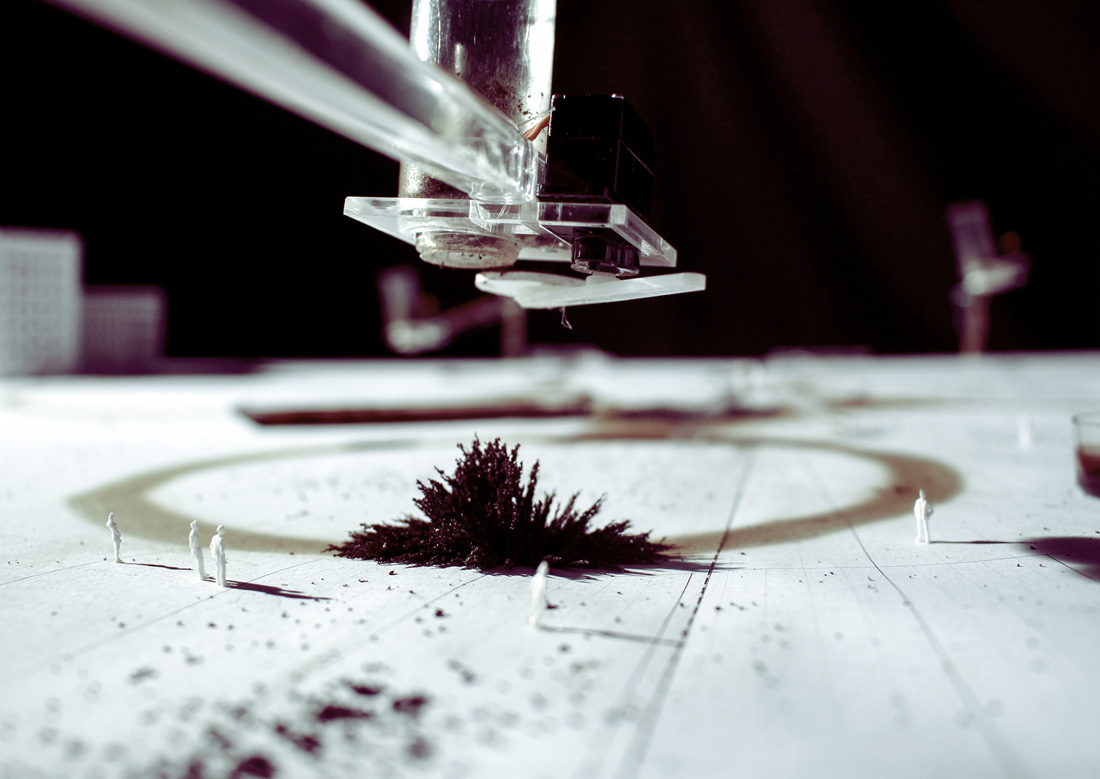 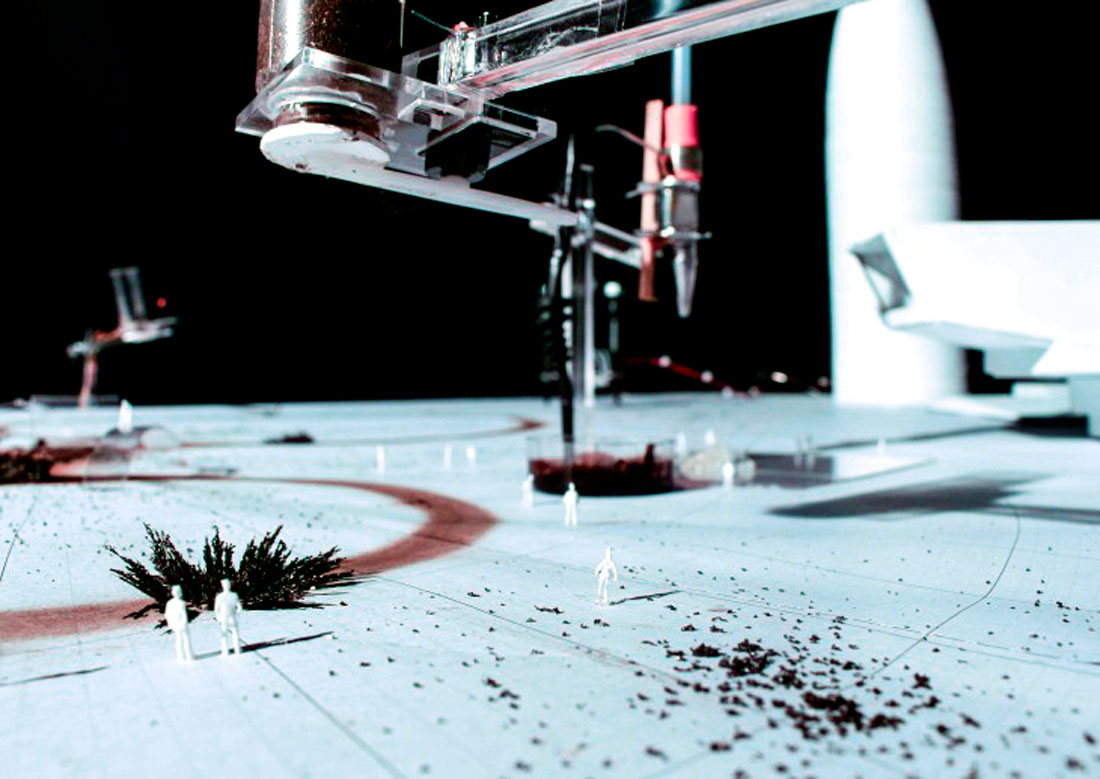 The square currently houses the Encants second-hand market, the Design Museum, the landmark Agbar Tower, and a modern shopping center, and it is surrounded by residential neighborhoods. To create a link between these structures and to address urban disjunction and the lack of public activity, Glòries Regenerative Systems offers a design solution to Barcelona’s waste accumulation and energy consumption, as well as a sustainable alternative to the mass transportation of products.

« What Will the Healthy and Resilient Cities of the Future Look Like?
Pure Imagination! The Crisis of Space in Cognitive Labor, from Bigness to Smallness »