Germina Foundation is an organization that works with children and young people at risk of social exclusion, caring for them, monitoring and reinforcing their education, and providing educational support for their training and future entry into the labor market. This monitoring process, which aims to build a bond by engaging participants through complementary programs from the moment they arrive as young children up until their entry into the workforce, needed to have a space where it could accommodate its three key age groups in three areas that could be either connected or independent. The program for the building also had to house the organization’s administrative staff. Improving the neighborhood’s social fabric, community action, and collaboration with local organizations through workshops, courses, and other social activities are also among the foundation’s aims. 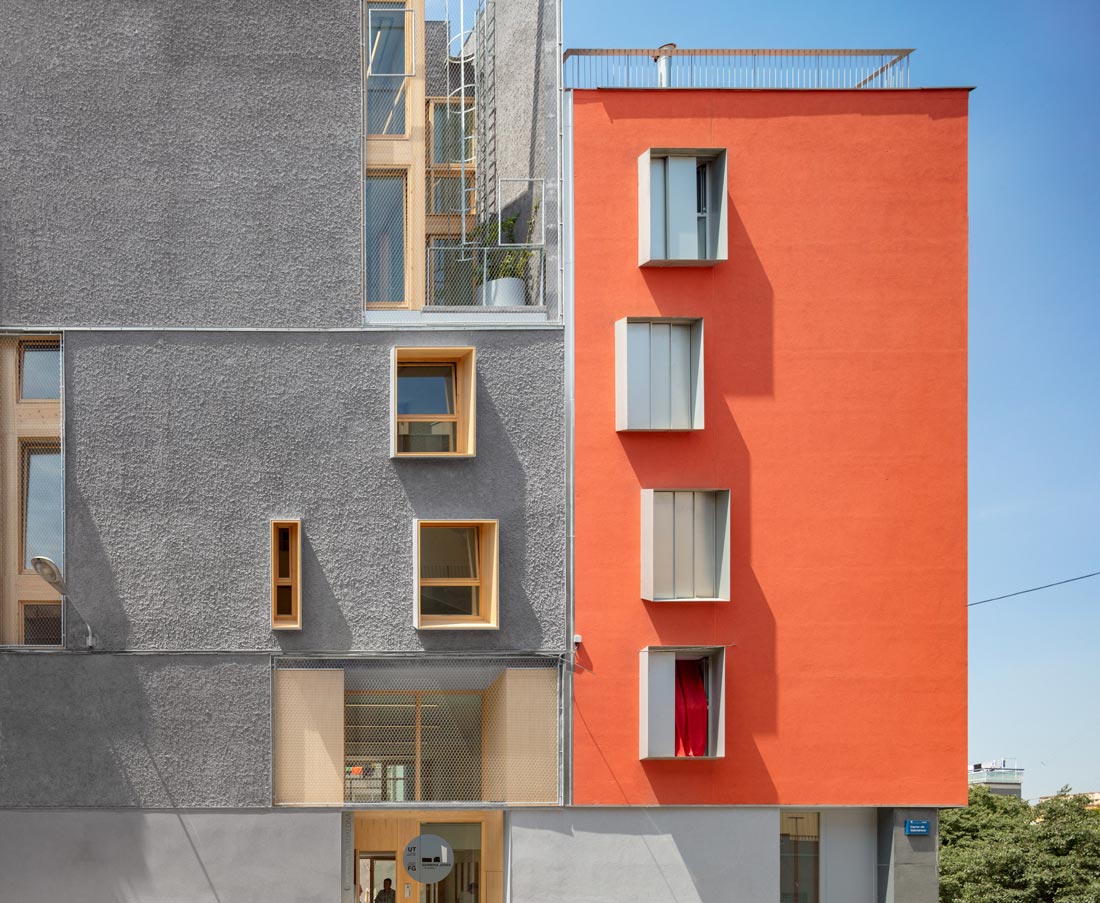 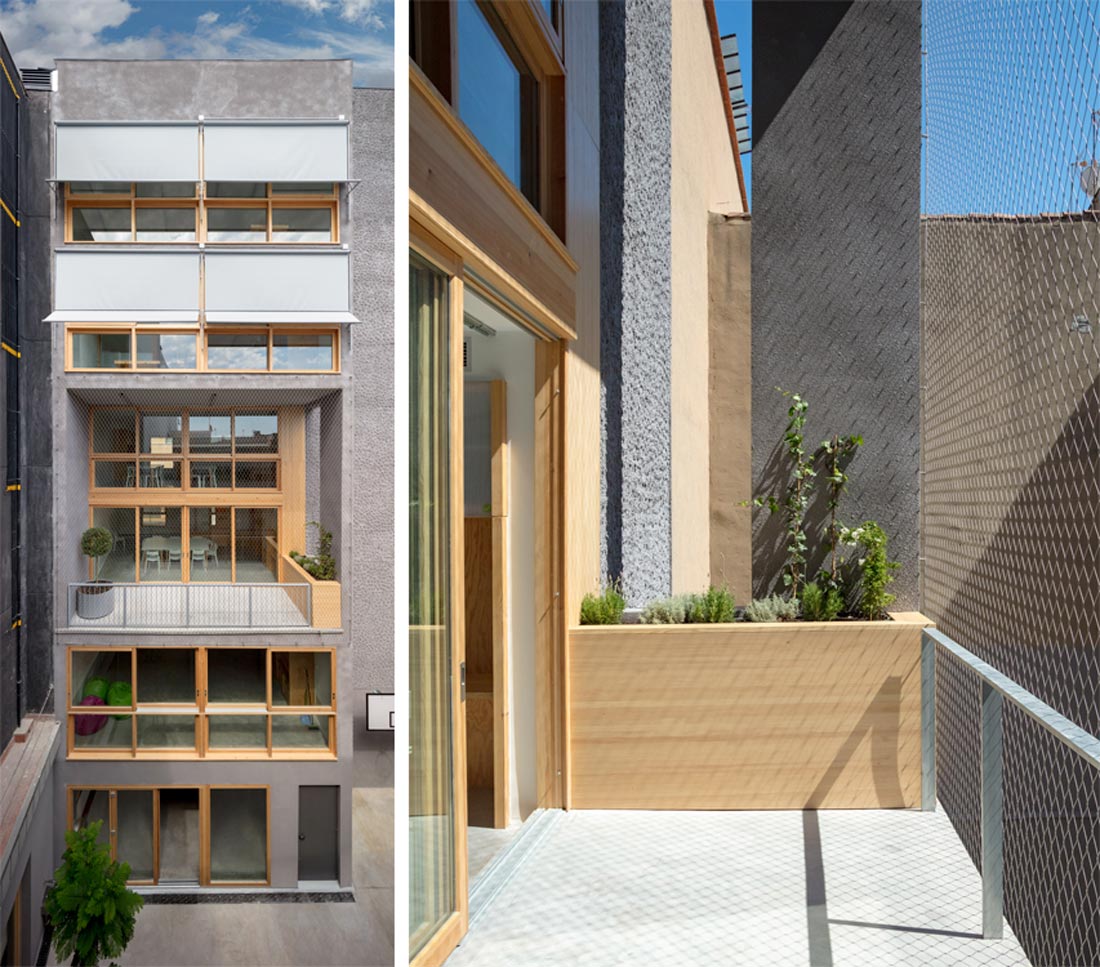 The purchased site, located in a low-income neighborhood in the city of Badalona, included the ground floors of two existing buildings and a small unbuilt plot between them. This three-part configuration allowed for a logical, sequential layout for the program – children, adolescents, and young adults – plus a central hub shared by all three (kitchen and play areas) along with the spaces for the organization’s management staff. 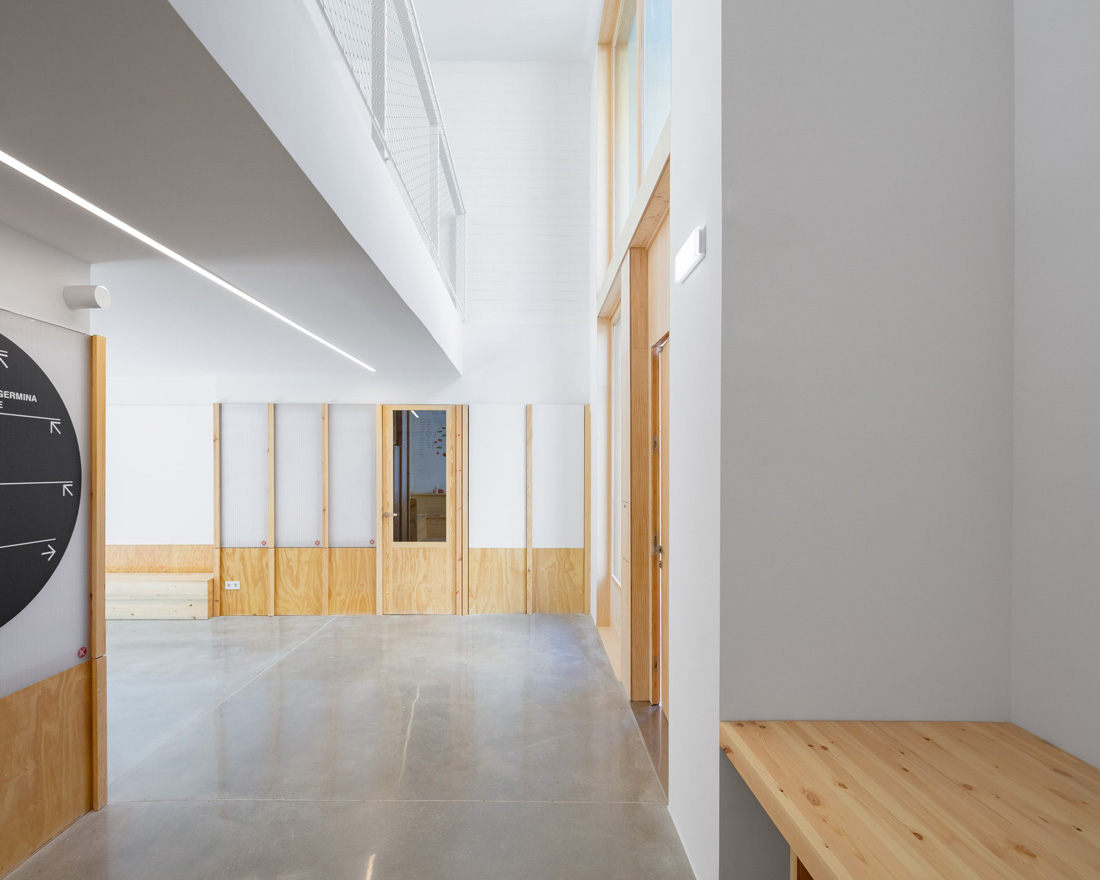 Despite the fragmented plan, it seemed appropriate to create a sense of unity throughout the interiors, not only in physical terms but also visually. Accordingly, against the dividing walls with no natural light, a large articulating furniture element (server) spans all three programs (receivers), creating a solution for the myriad needs of each space in a single gesture. 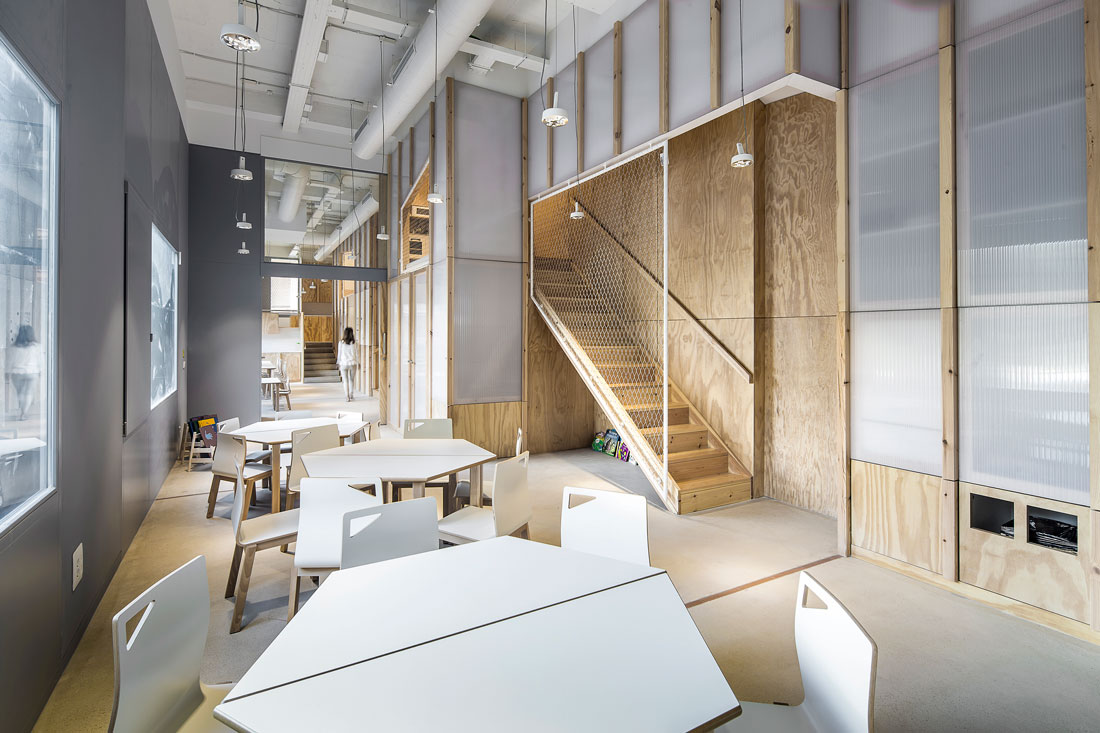 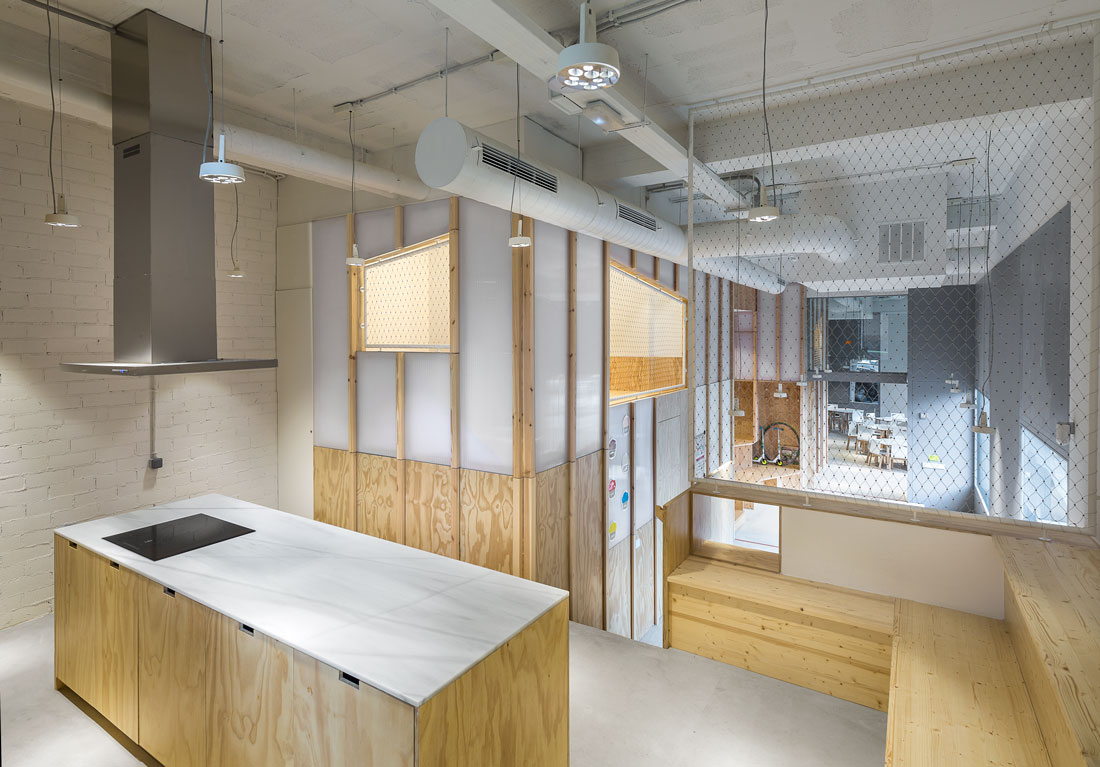 Three programs were laid out in the central six-story construction: shared spaces (next to the main entrance and acting as a hinge joining the three venues), a youth area (on the middle levels) and, on the upper floors, the administrative offices (removed from the children’s activities). The three large boxes piled up on two levels are pierced in such a way as to offer views of landscape, which helps enrich the interior and exterior spaces, endowing them with character while also conveying an airy feeling and providing a play on scale that is expressed on the façades, deliberately venturing away from residential proportions and helping to create a unique identity for the project as a whole. 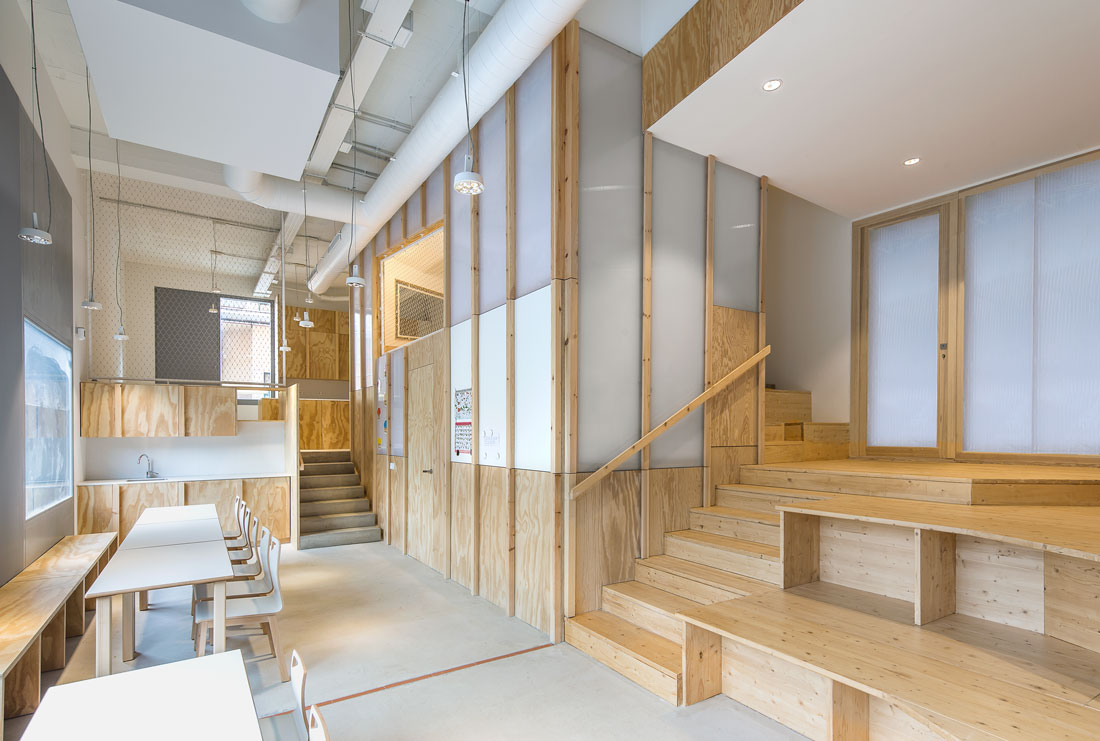 The two outdoor spaces, which will be steadily landscaped over time, are separated from the surrounding urban area by a wire fence, which provides safety for the children inside while also fulfilling the architectural need for keeping the façade aligned with the street. 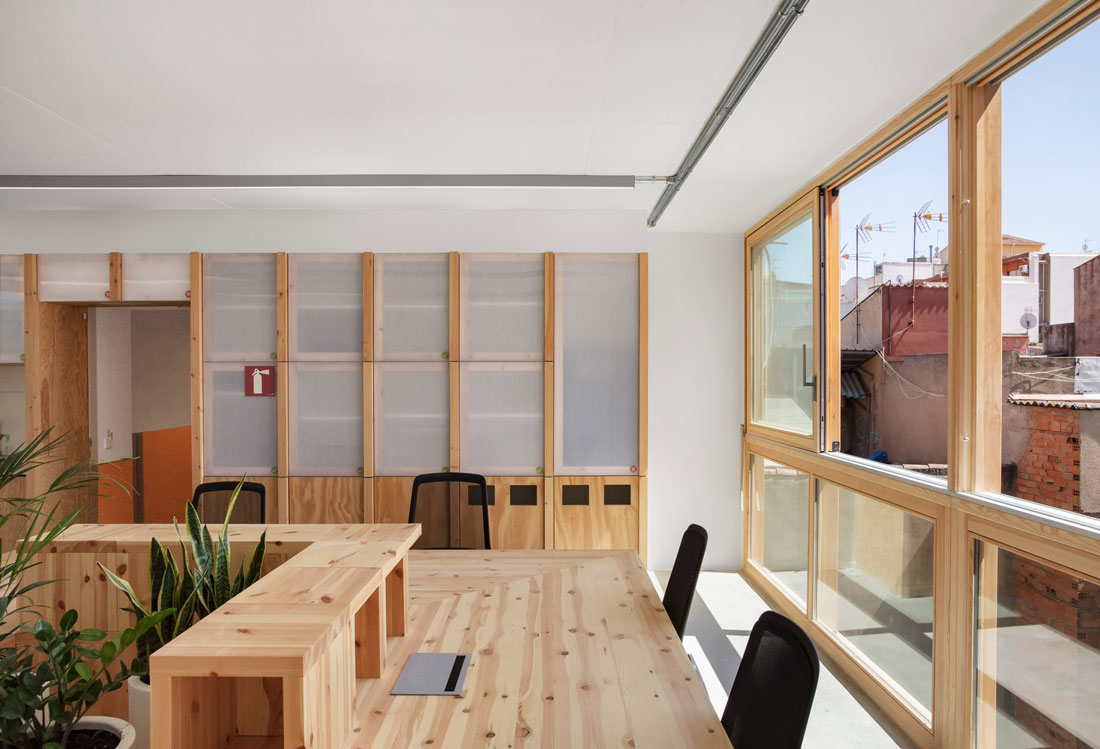 The duality between a comforting interior space (intended to provide a second home where children will feel well cared for) and the building’s location in a run-down urban environment, and between a warm domestic space and the need for austerity (in terms of the budget as well), avoiding superfluous ornaments to reflect the serious activity to which the building is devoted, suggested the contrast between an organic presence in the interior – wood – and a more austere outer appearance –concrete. 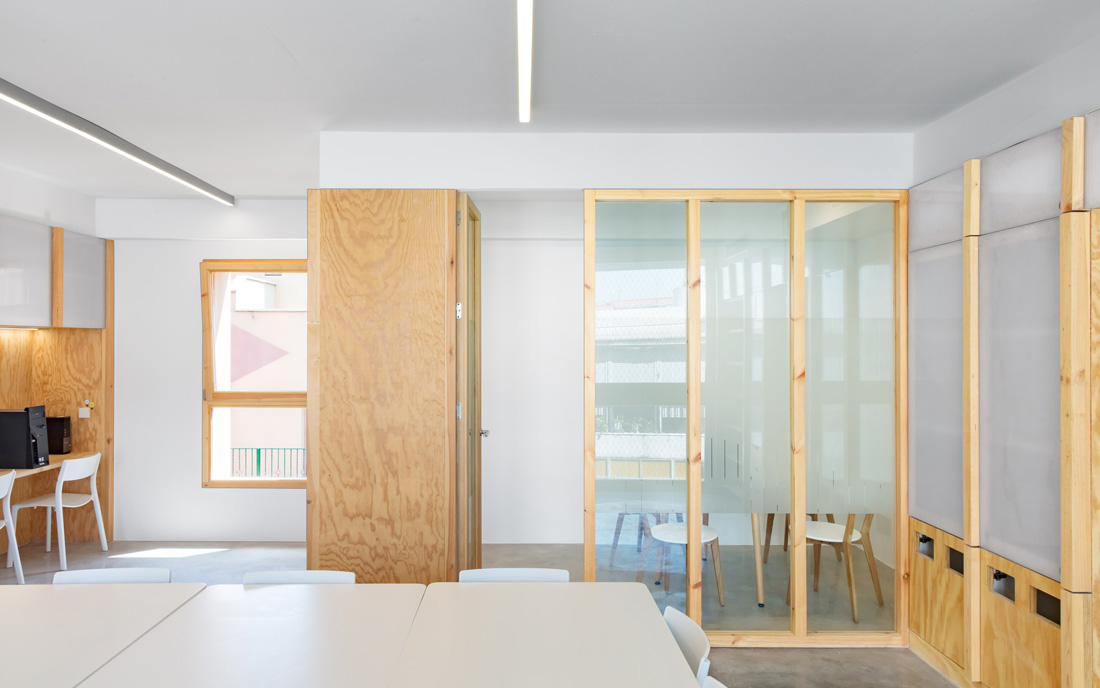 The wooden joinery, the south-facing retractable awnings, the roof garden, the use of low-impact materials, and highly efficient facilities, among other features, allowed the building to receive an A energy certification and a Very Good international rating from Breeam. 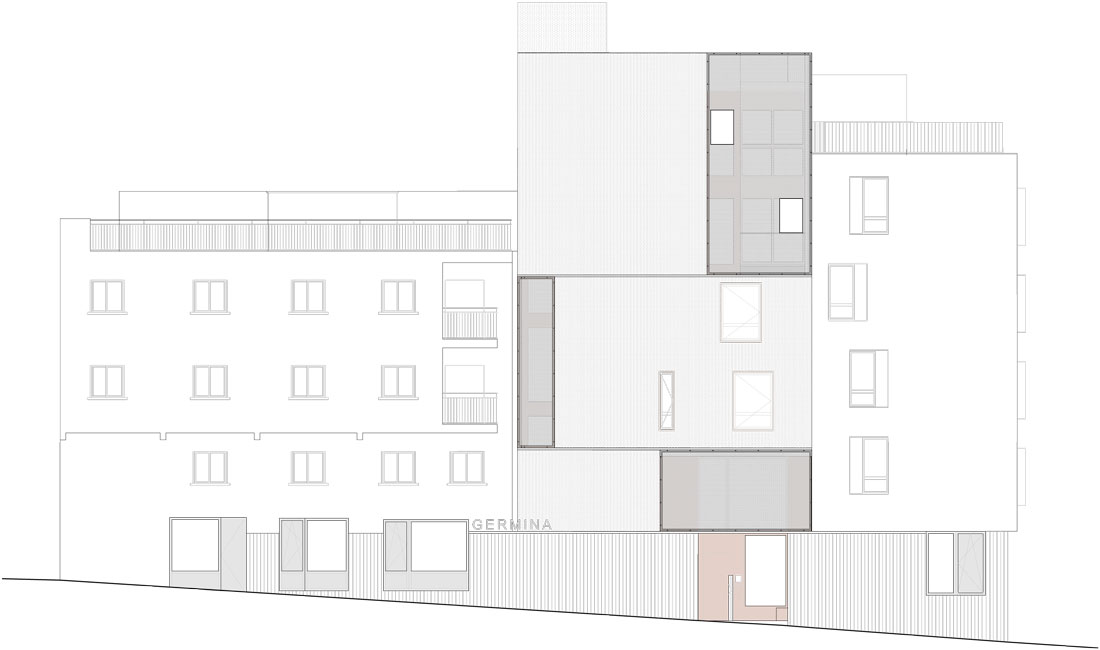