Geographies of Trash reclaims the materiality and spatiality of municipal solid waste systems. 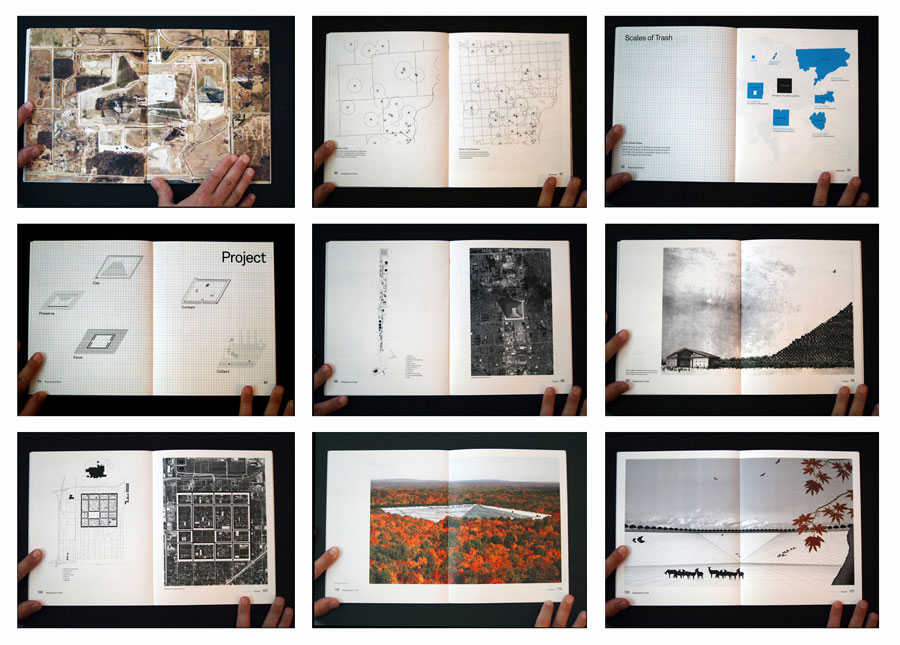 “Burn it, Bury it, Recycle it, or Send it on a Caribbean Cruise,” are four things former mayor of New York City said could be done with garbage in the wake of the roaming Mobro4000 barge episode, when 3000 tons of trash were hauled to Belize and back until finally incinerated in Brooklyn. The Mobro4000 episode speaks of a paradigm of “clean urbanism,” which rests on the city’s capacity to divest itself of undesired costs of urbanization by displacing them to the geographic scale as “matter out of place.” If such externalization of trash has placed it outside of design’s environmental agency, can the expansion of the scale of urban analysis to the geographic re-inscribe urban technological systems within disciplinary practices and imaginaries?

The research-design methodology and book structure adopt a threefold approach, 1) to conceptualize the spatial issues imbricated in the burial, mass burning, abandonment, recycling, or exile of economic excess; 2) to chart relations of trash and space in Michigan across different scales – from the block, township, territorial grid, state to continental flows; 3) to speculate on alternative strategies, rituals and imaginaries that reclaim trash as “matter in place.” Geographies of Trash proposes five situated yet generic architectural strategies of trash-formations throughout the American territorial grid. The five discrete projects, Cap, Collect, Contain, Preserve, and Form, engage alternative imaginaries for landfilling, recycling, burning, re-using, dumping and valuing. By making trash visible and formal, the project aspires to engage disciplinary debates on waste systems in architectural urbanism.

In the Age of Environment, the scale waste management is geographic all while often relegating such undesired matter to invisibility as “matter out of place.” Geographies of Trash reclaims the role of forms, technologies, economies and logistics of the waste system in the production of new aesthetics and politics of urbanism. Honored with a 2014 ACSA Faculty Design Award, the book charts the geographies of trash in Michigan across scales to propose five speculative projects that bring to visibility disciplinary controversies on the relations of technology, space and politics.