Flying House: the Dwelling that Landed from the Skies

Land and sky are connected by open spaces and curve shapes at this fully white house specially designed for a young plane pilot. 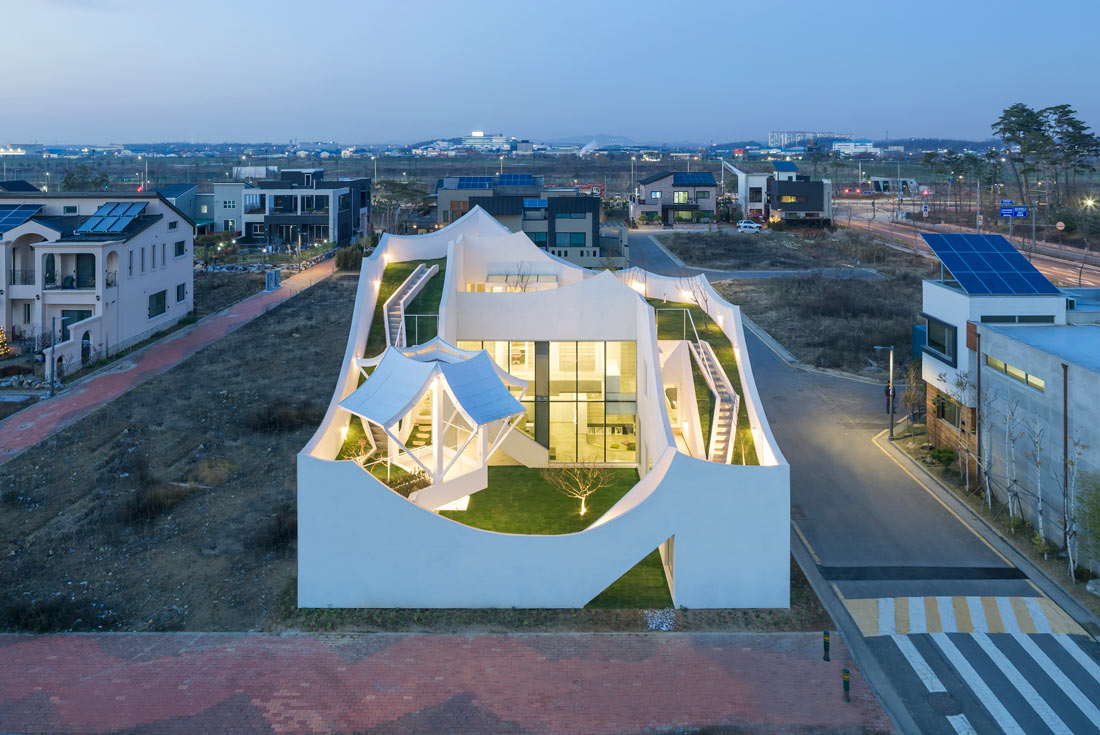 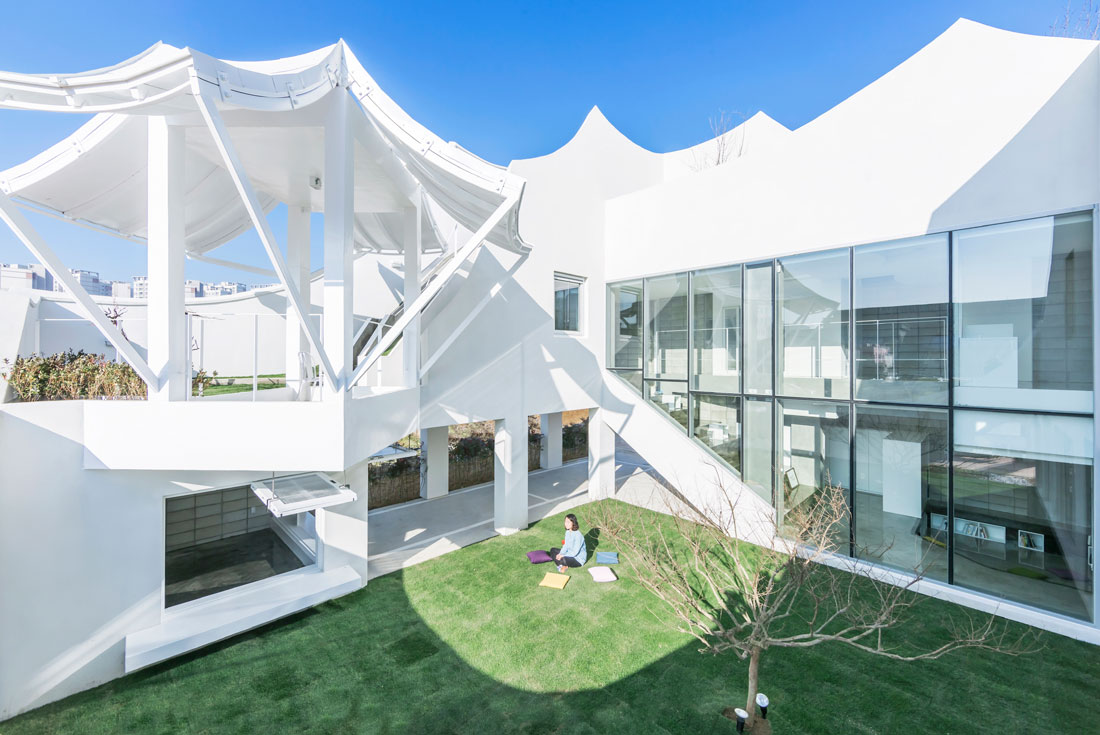 Landing of an Airship that Load Nature

The owner of this house is a young pilot and his family. For his future home space, the house landed on the site in the new developing town near the Incheon airport. 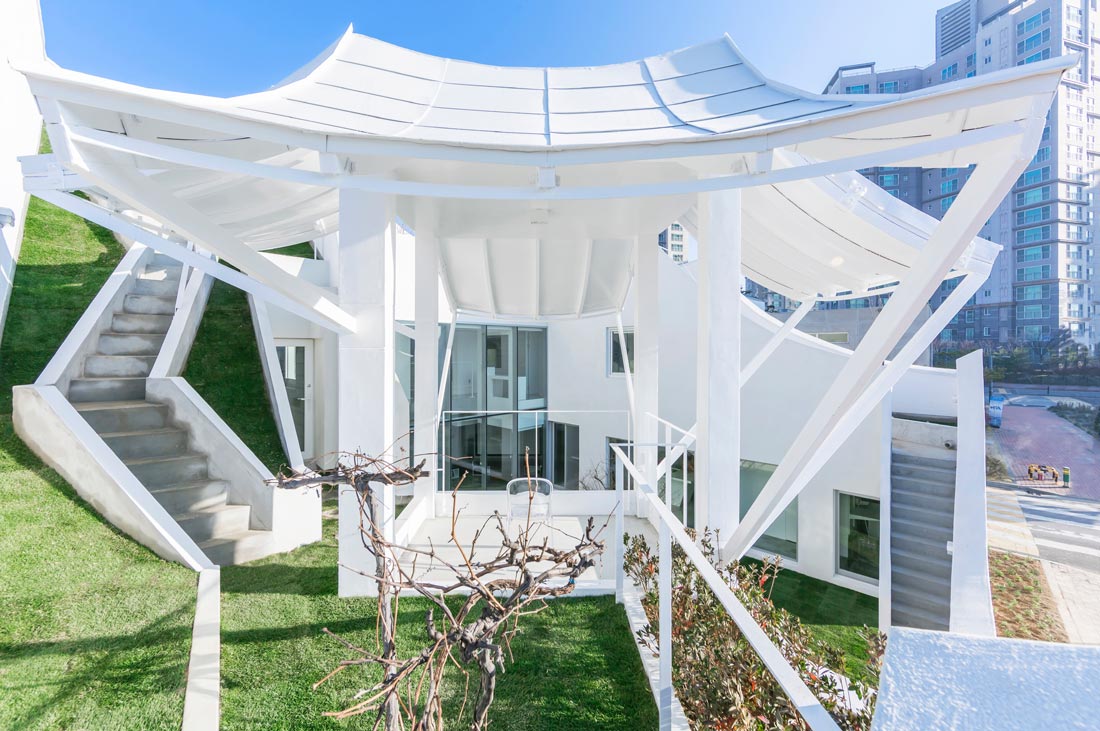 We relate the Korean traditional architectural formative characteristic with the pilot’s daily behavioral characteristic, which is flight, and try to construct symbolically the cultural identity of the house. The rumaru’s roof flying above the courtyard and the dynamic movement of the frozen home metaphorically symbolize flight. Also, in order to offset the instability of the flight, we planned a sitting down form of heating stone system which is the Korean traditional architectural structure (the living room is sunken into the ground). Like this, we tried to grant the routinized stability into the housing through considering the environmental balance between the sky and the land. 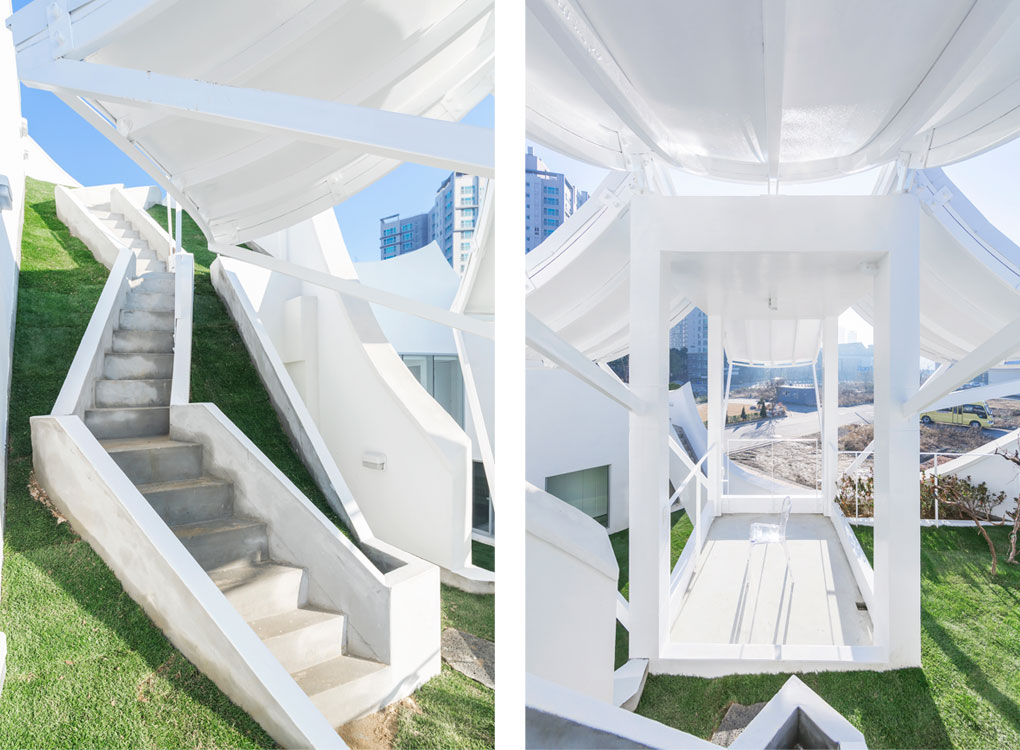 We transformed spatial and landscape elements from traditional Korean architecture, such as the yard, garden and rumaru pavilion, into a contemporary housing program. It applies the house’s main exterior space and a forest on the rooftop so that when you walk from the courtyard to the roof, it makes a landscape for the sloped roof garden that allows for strolling circulation. This lets the home coexist with nature and form a landscape hill. 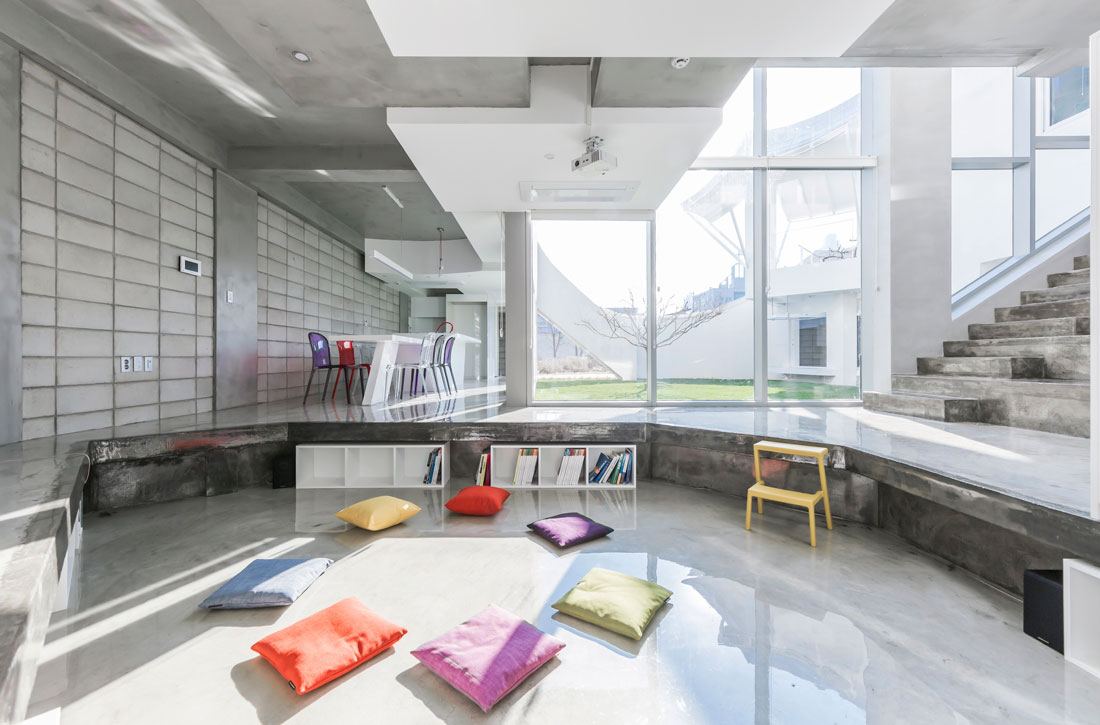 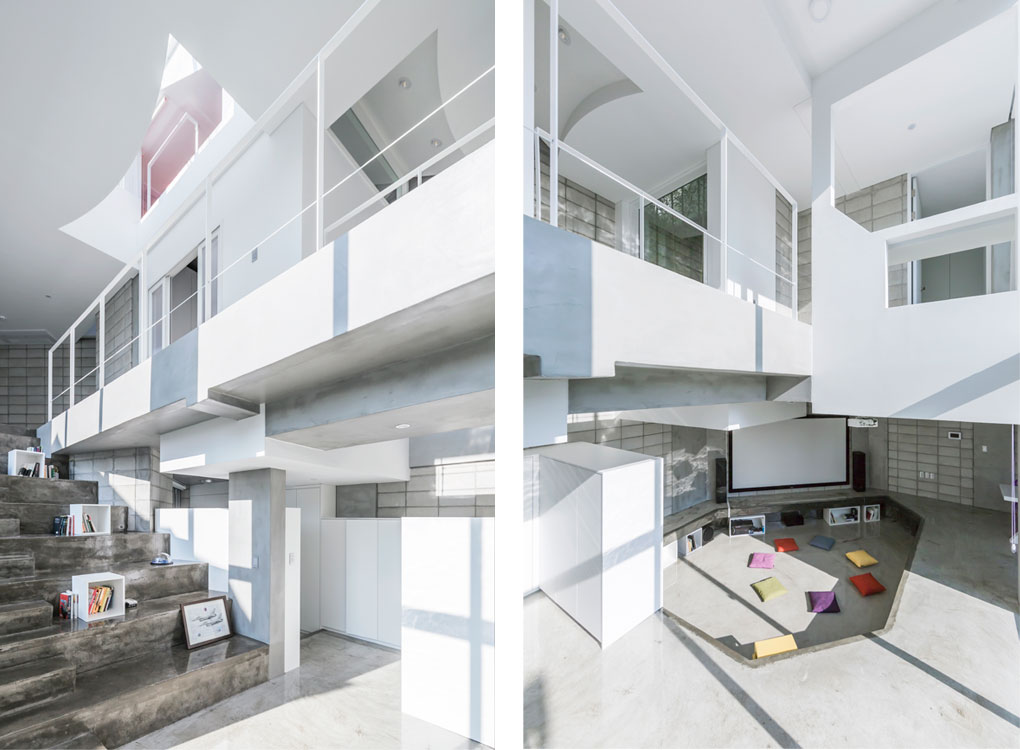 We had to overcome the small construction cost budget and in order to realize the design’s conceptual result, such as the program and spatial terms, so we had to establish an economical and simple budget plan. This meant that the heat insulation needed to be high and the exterior material had to be cheap Dryvit , and we needed to expose the concrete framework surface and concrete block wall surface so that the structural material becomes a finishing material. In this way, the total construction fee is minimized and a simple interior space is created. 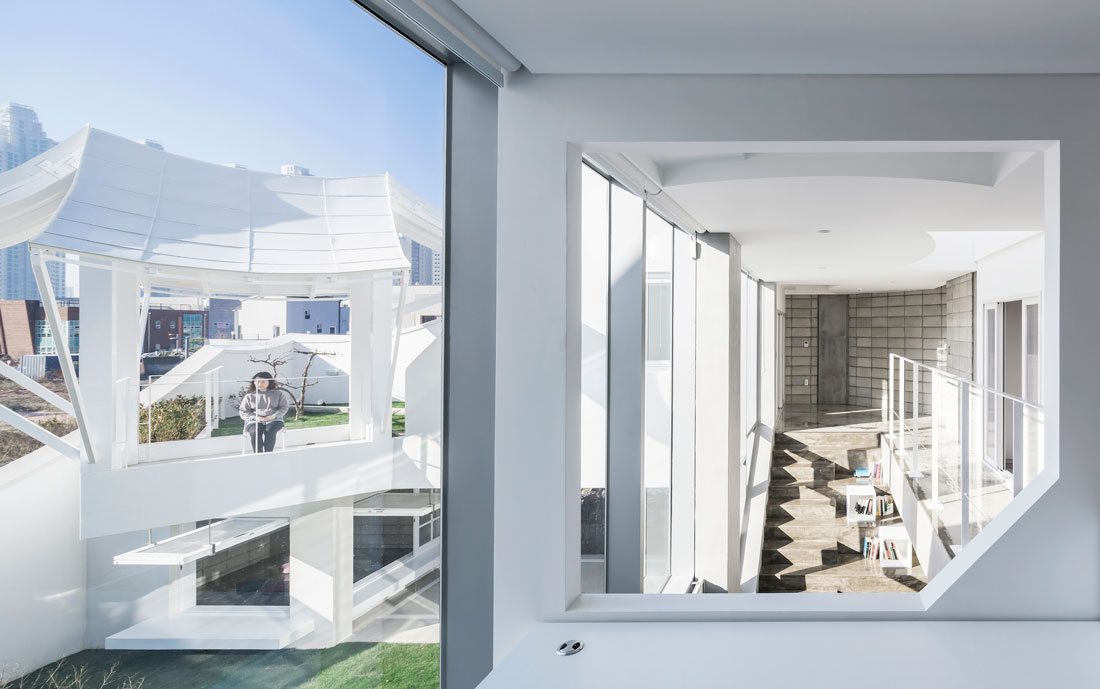 « The Roof House: a Matter of Light
Binh House: a House for Trees and Human Beings »