The map of African commercial aviation has been transformed beyond recognition since the turn of the millennium. From very few international flights within the continent, and routes beyond the continent restricted almost entirely to century-old paths of colonial influence to European metropoles, Africa has quickly become criss-crossed by intra-continental flights run by African airlines, and connected by a widening range of intercontinental routes served by African and other non-European airlines. Breaking from decades of strict regionalism, airlines now race with each other to open non-stop services from east Africa and a range of cities over the full spread of the continent. More airlines connect more cities across Africa, and across the oceans, than ever before.

Significant growth has occurred in Addis Ababa and Nairobi, alongside more established hubs in Johannesburg and Cairo, with growth in connections to Asia – particularly to China and India – and continued growth to state-sponsored hubs in the Middle East. Trade figures over a similar period mirror this trend, with export and import growth between Africa and China and India almost doubling. There are opportunities to reposition Africa more centrally in global trade networks by increasing connectivity with the Americas.

While Africa commands only 1 per cent of the global air travel market, Africa’s busiest route between Cape Town and Johannesburg ranks in the top ten busiest routes globally. In the next 15 years, growing demand along this route will require an additional 970 new passenger aircraft. Government-supported airlines, often charged with expanding the brand profile of countries, have had mixed success. The growth of Ethiopian Airlines has benefited from its geographical positioning between African and Asian expansion, while South African Airways has required considerable public support and Nigeria’s state carrier ceased operations in 2003. 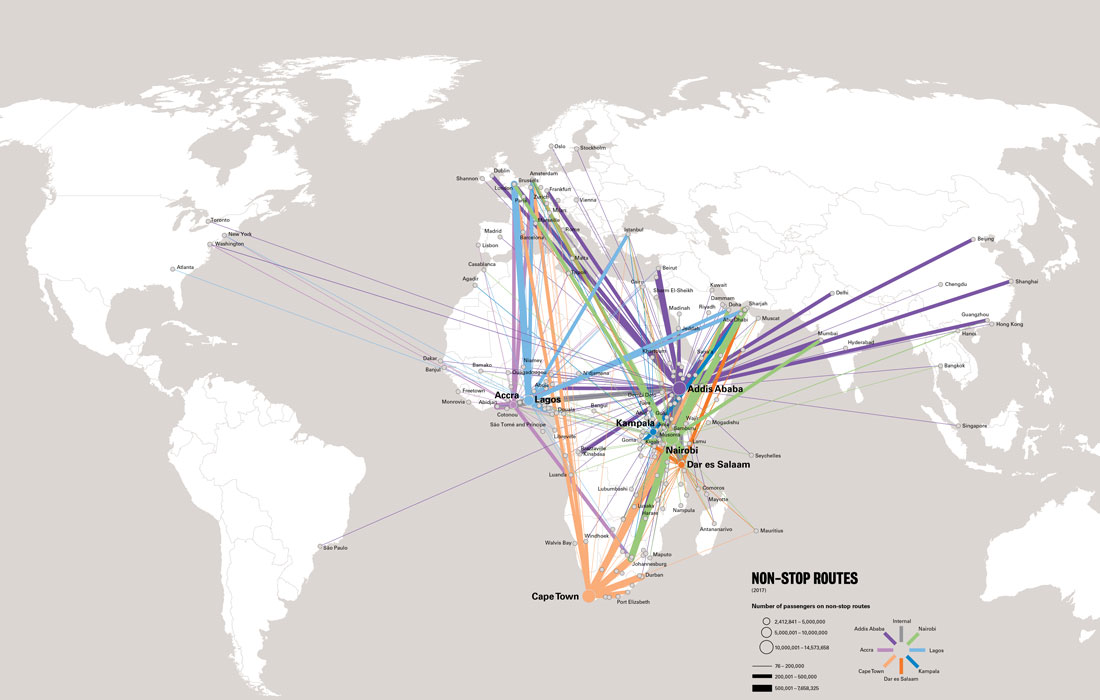