Ecological Ethics and the Role of the Architect

In its material, cultural, and economic effects, architecture poses essential and unavoidable ethical quandaries and challenges. In its performative capacity to express ideology, architecture is inexorably entangled in questions of power and legitimation. As part of an interconnected global economic infrastructure that consumes natural resources at an alarming rate, architecture raises new and pressing questions with which educators, practitioners, and students must engage.

Given that there is an infinitely ethical dimension to every aspect of architecture, the 106th ACSA Annual Meeting will seek to solicit wide reflection on the ethical challenges of architecture in a world in flux.

Architecture as practice and as discipline and pedagogy struggles to solve problems and to advance culture. Within this struggle the discipline faces an ambiguity of values and agenda. The relationship between these two purposes, problem solving and cultural advancement, often exists as a rift, a great chasm filled with nuanced dilemmas related to ethics and power. 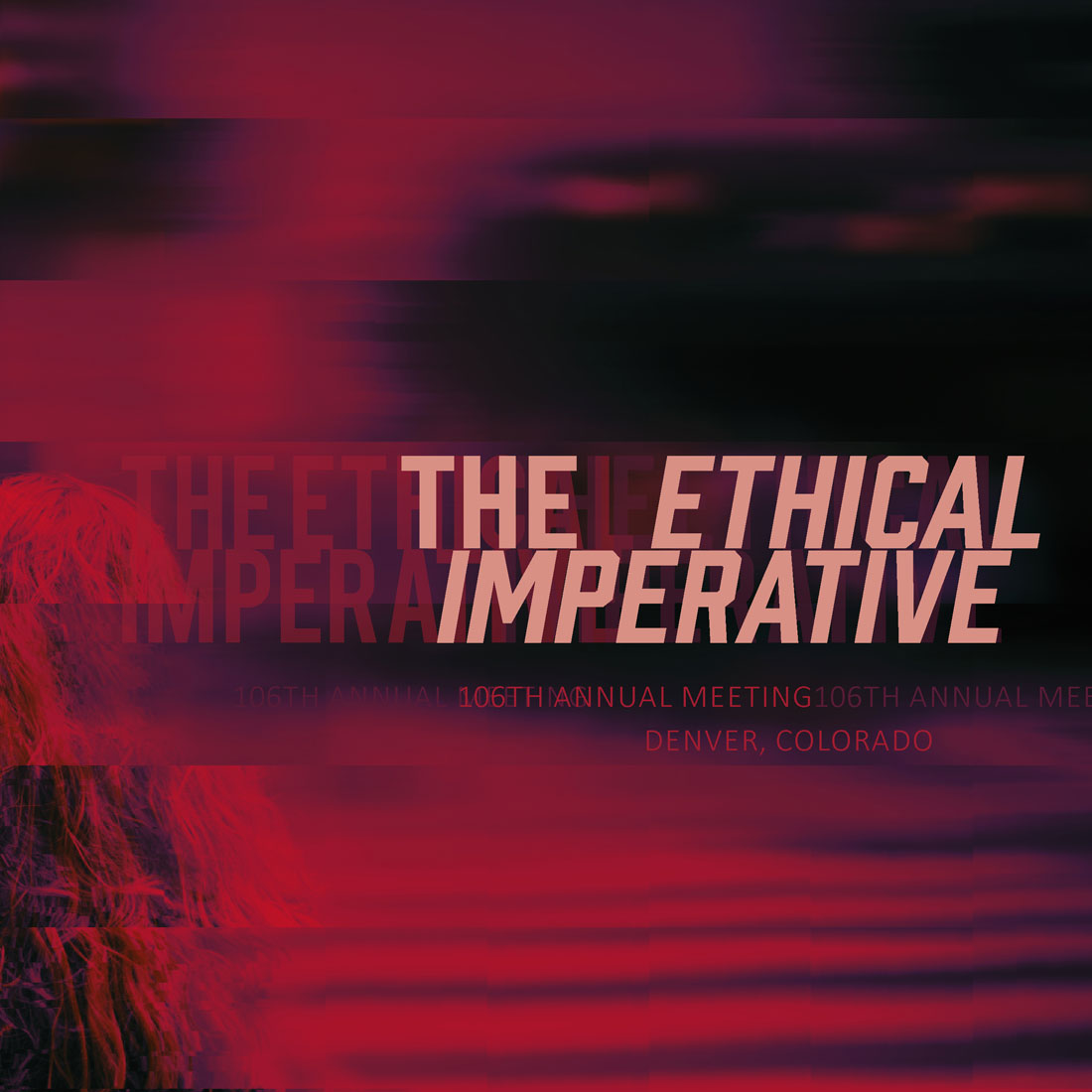 Design in the Anthropocene

Asking what the ethical implications are for Including the broader ecology of a place when designing for that place assumes we can manage that place in a way that is better than the alternative of not considering the broader ecology at all. An ethical responsibility to include a more inclusive ecology, or an ethical responsibility to do anything at all, implies, at least in part, the control over a process or outcome.

It is surprising, then, to consider that design in the Anthropocene takes, largely, two forms: on the one hand it is a precise and distinct intervention, as in the design a graywater system that filters and siphons water for reuse, and on the other it is the deployment of a broad set of environmental strategies in the face of climate change unpredictability, as in adaptation and resiliency planning. Architects are, in both cases, the synthesizers of expert knowledge, facilitating discussions between and among engineers and clients, whether the client is a person or an ecology. The environmental aspect of a design is added onto the building or city. Or rather, the building is inserted into a landscape whose needs are not only well-defined, from an engineering standpoint, but paramount to any subsequent design intervention.

In this framework the social (human) and the ecological (biophysical) are artificially separated. Instead, borrowing an ecosystems approach from the environmental sciences is a way to nullify the distinction between designing for humans and designing for everything else. Analyzing the environment as a set of ecosystems asks that we away move from linear investigations in favor of assessing the interaction of people with their surroundings. Doing so further acknowledges that humans are an integral part of ecology, however that ecology is defined in scope and scale. Designing for an ecology means designing social relations, rightfully reframing the act as a socio-ecological process.

Competing approaches to ethical considerations of designing for ecological restoration, as this paper discusses, are dependent on slices of realities abstracted from each perspective’s view and definition of nature. To be sure, there is no single and unifying characterization of nature that can satisfy all of our empirical and conceptual inclinations. Such an undertaking is misguided. Rather than source our observations from a single place, though, we may instead tune in to the manner in which climate change creates a situation of crisis that declares itself differently across distinct cultural landscapes and creates the illusion that humans and non-humans dwell separately. This paper looks at one of those instances, the Ballona Wetlands in Los Angeles, and the contestations around it as a rehearsal for how we address the ethics of urban-natures.

Plant ethics or an environment for the birth of a new human? An exploration in radical ethics for sustainable architecture.

This paper critically examines literature concerned with an ethics in the multiplicity of different approaches to the design of sustainable architecture. Sustainable design theorists commonly argue for the need to perceive the world differently, to find new ways to live, to create new values to replace old: questions of ethics are implicit in such explorations. If sustainable architecture is to go beyond limiting models upholding inherently exploitative relationships to the environment and other living beings, however, sustainable architecture must open its cultural horizon to new ways of thinking and being. While an ecological ethic may be argued to be inclusive, ethical in its concern for the interrelationship of all organisms to their environments, what is at risk is the need for a social ethic in the human worlds of sustainable design. Architecture needs radically new ethical philosophies to help it reach beyond its existing discourse and in this paper, I explore some of those radical thinkers of environmental and social ethics, their critics and the implication for approaches to sustainable architecture.

The essay problematizes the teaching about nature in undergraduate architecture education at a time of an increasing environmental crisis. Looking outside of contemporary academia and the discipline’s response to this crisis through the lens of ecological ethics, the essay describes a teaching pedagogy that challenges how most contemporary undergraduate architecture education teaches about nature in a way that reinforces the hegemony of the nature/culture binary that seems implausible and irrelevant with the advent of the Anthropocene. The essay describes a teaching pedagogy that is deployed in various curricular forms (Studio, seminar, independent research) that asks students to think about architecture as an Almost Natural condition that rejects traditional geometric hierarchies, linear part-to-whole relationships, pattern making, and precision, in favor of tactical organizations a blurring of part and whole, deep textures, and the painterly or gestural.

The Eye of the Bricoleur

Who is the architect any more? In the face of environmental crisis, the cries of utopian masters of the universe ring hollow. To engage the larger ecological mission, the architect’s ethical responsibility has shifted and broadened, turning focus to larger systemic issues that do not necessarily have people at the center. In this new reality, what models or myths can be cobbled together out of our tradition to construct a new stance for the future? This paper looks at the figure of the bricoleur as constructed by anthropologist Claude Levi-Strauss, the handyman/inventor who can improvise to remake old things to serve new purposes. In Levi-Strauss’ telling, the bricoleur stands opposed to the engineer, who imagines an ideal solution to a problem. The bricoleur first studies the materials and situation at hand, engaging things not as inert objects obedient to a human subject, but as active entities, each with a specific history, character, and inexhaustible potential for the future, either in relation to people, or not. As improviser and inventor the bricoleur is useful in times of crisis. He appears at the very end of Vitruvius’s 10 Books of Architecture defending the city from a war machine, just as we now must save ourselves from our own machines. The situated, material intelligence of the bricoleur is called for now to help reimagine ourselves within rather than outside a wounded ecosystem.

« Architecture of the other 99%? Power, Economy, and the Dilemma of History
Responsive Environments & Artifacts Lab – Harvard GSD »