The Double Duplex infill project is located on Melbourne Avenue in Toronto’s Parkdale neighbourhood, notable for its century-old Victorian and bay-and-gable mansions. The existing double-wide site was severed into two separate properties with a four-storey, 3,500-square-foot detached duplex residence constructed on each site, each with two two-storey units. 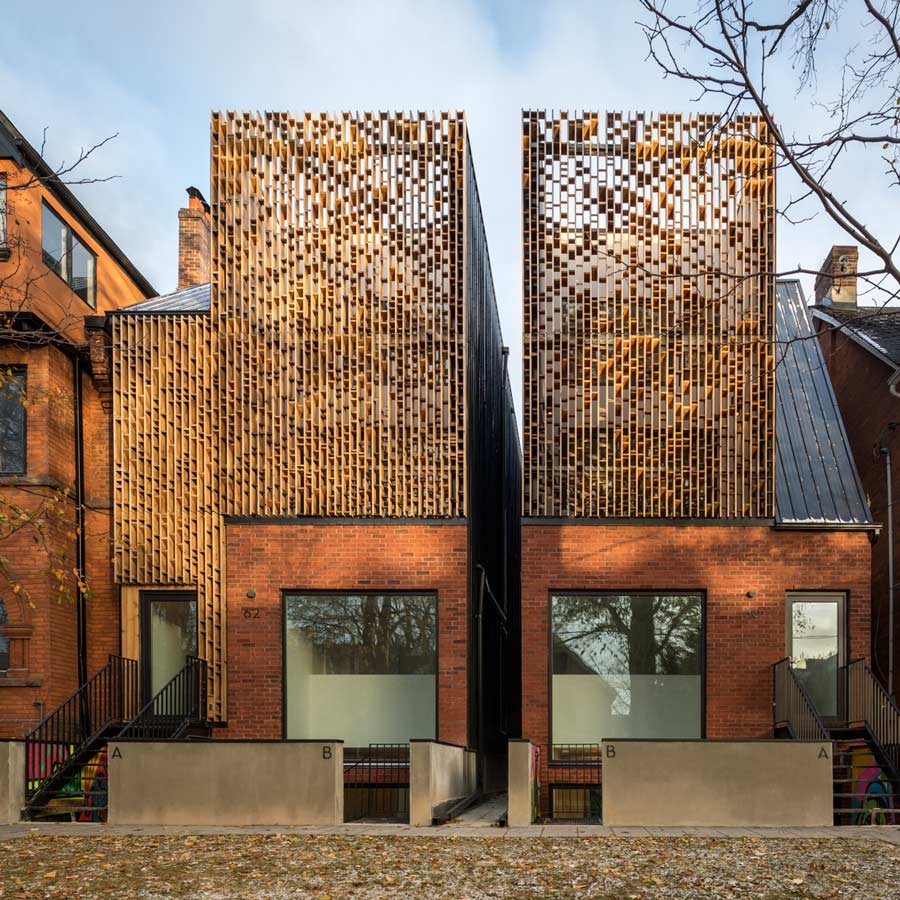 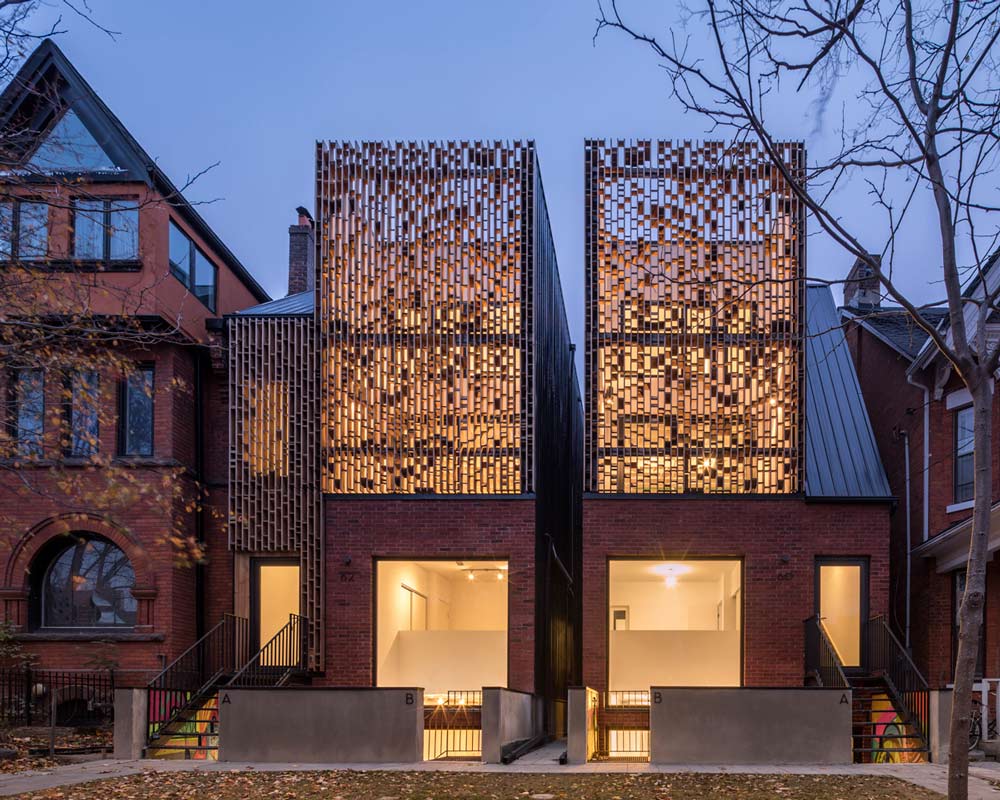 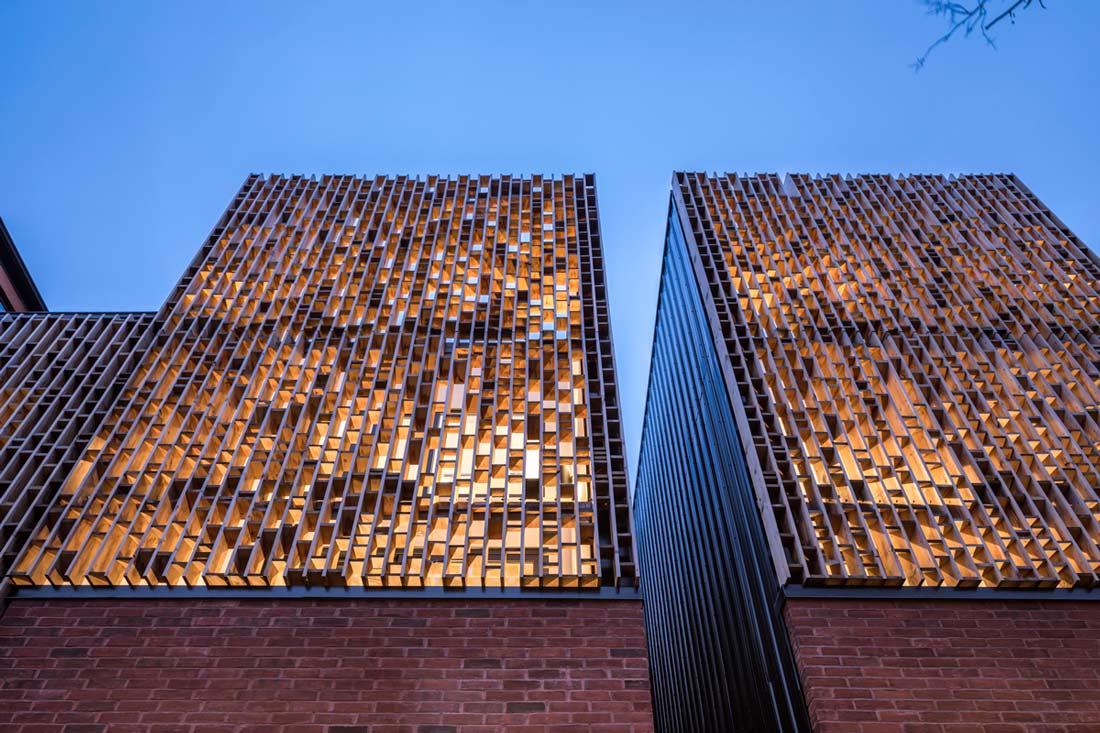 Double Duplex pays tribute to the existing context and the beauty of its craft and local artistry: firstly, by abstracting and reinterpreting the pervasive bay-and-gable typology; and, secondly, by translating the notion of 19th-century craft by way of a two-storey brise soleil. Constructed of a thermally treated softwood, the brise soleil encloses the front and rear balconies, providing privacy and creating a large-scale dynamic façade, illuminating the interior with dappled light during the day and reading as a glowing lantern during the dark hours. 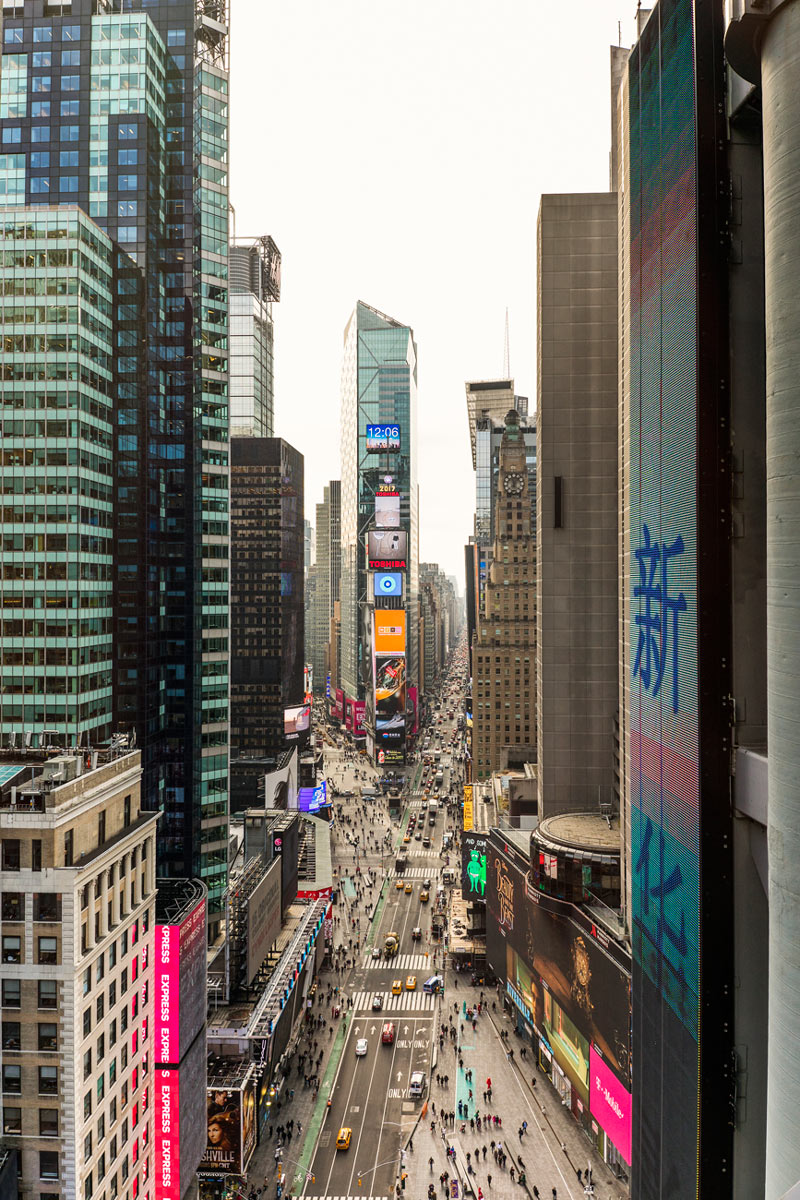 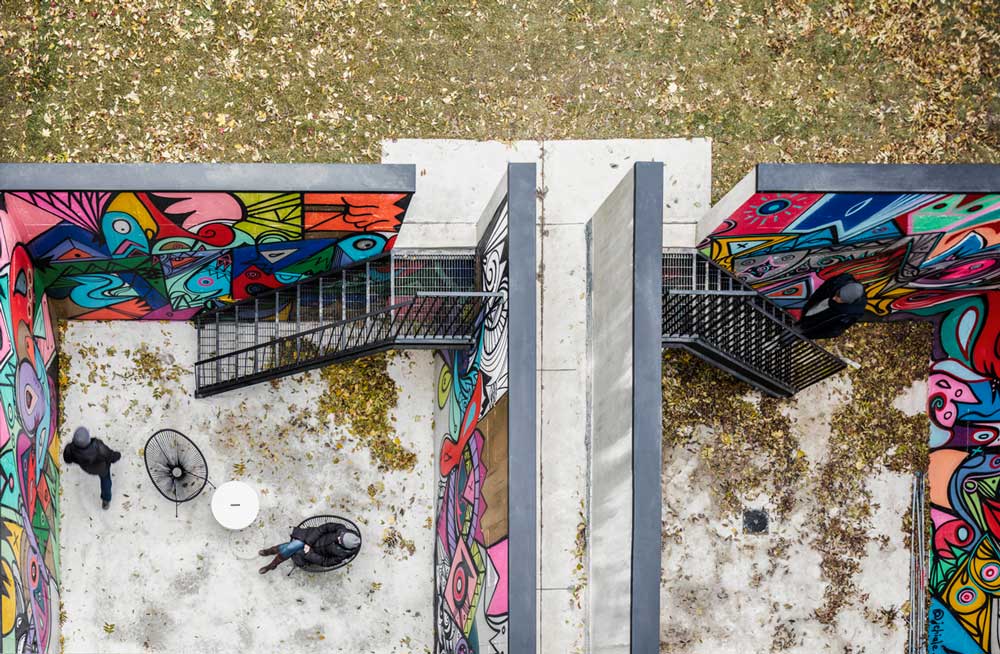 The dynamism of the brise soleil also helps to activate the urban environment below, which was of key importance. As a modern static building façade could not contend with the ornate historical context, the response was to engage the movement of the passing public through the tools of material and spatial depth, referencing a large art installation – the members of the brise soleil are angled to catch the light differently at different times of the day, illuminating a variety of images as people pass by. Somewhat akin to the cloud animals we’ve all passed time discovering as children, the screen evokes loose, variable figural associations while still remaining in the realm of affect, giving viewers a free association which is defined at one moment and clouded the next. 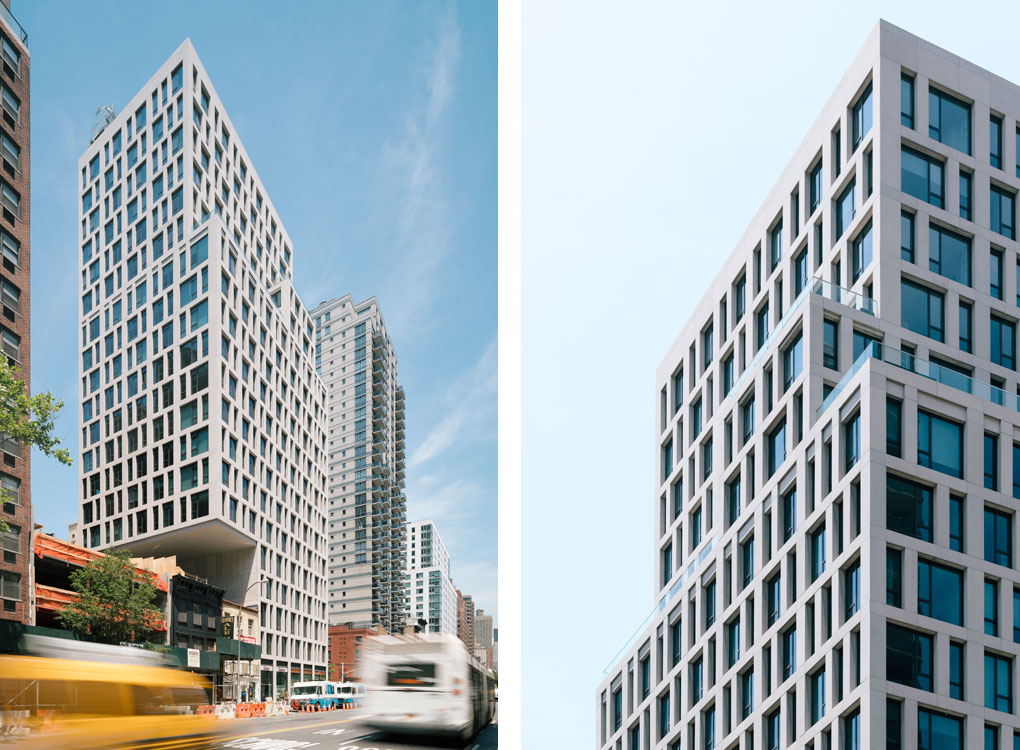 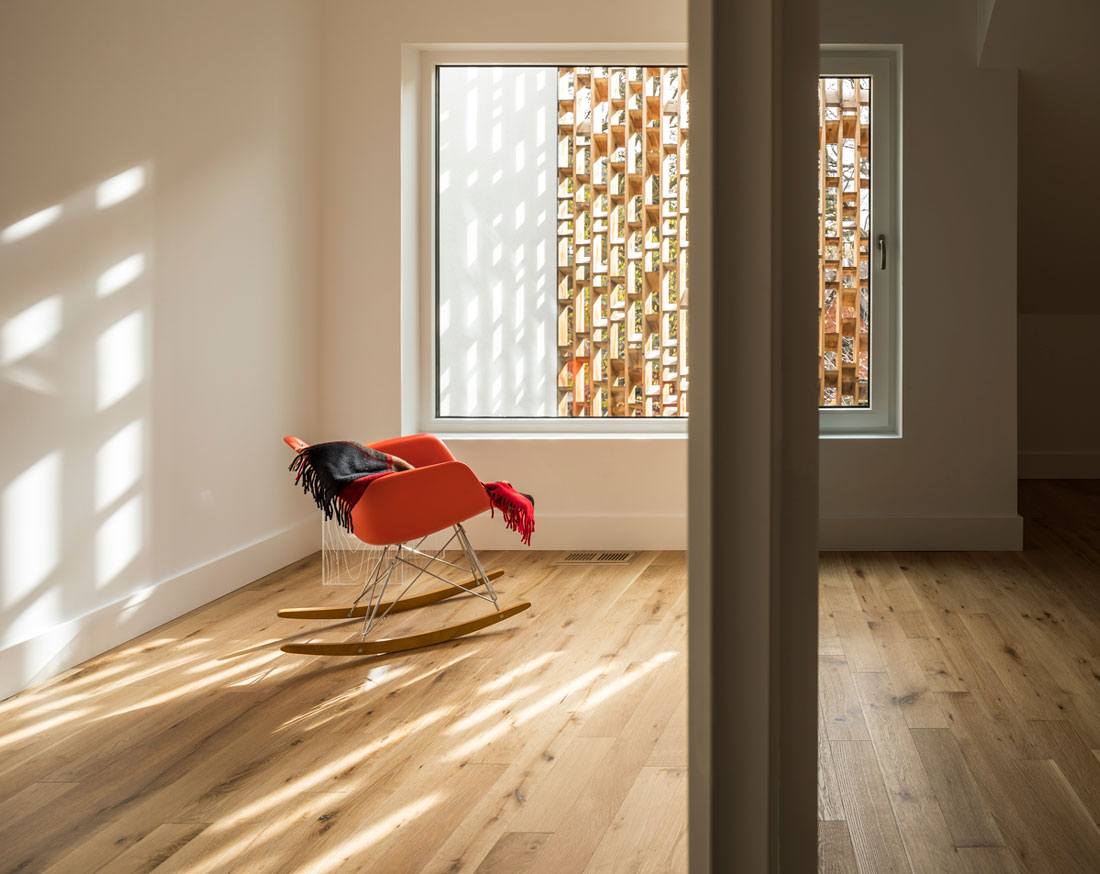 Beyond its contextual response, the project also represents strategies for a more dynamic relationship between interior and exterior spaces in the typical narrow and deep Toronto infill lot. Each duplex residence consists of a two-storey lower unit and a two-storey upper unit. The lower unit is carved out in the front and back with double-height volumes that flow out to sunken courtyards, maximizing natural daylighting and transgressing the stereotype of the dark and forgotten basement apartment. In the upper unit, the living space is organized around a double-height atrium space which brings natural light and ventilation into the center of the unit, aided by the double-height balcony facing the street. 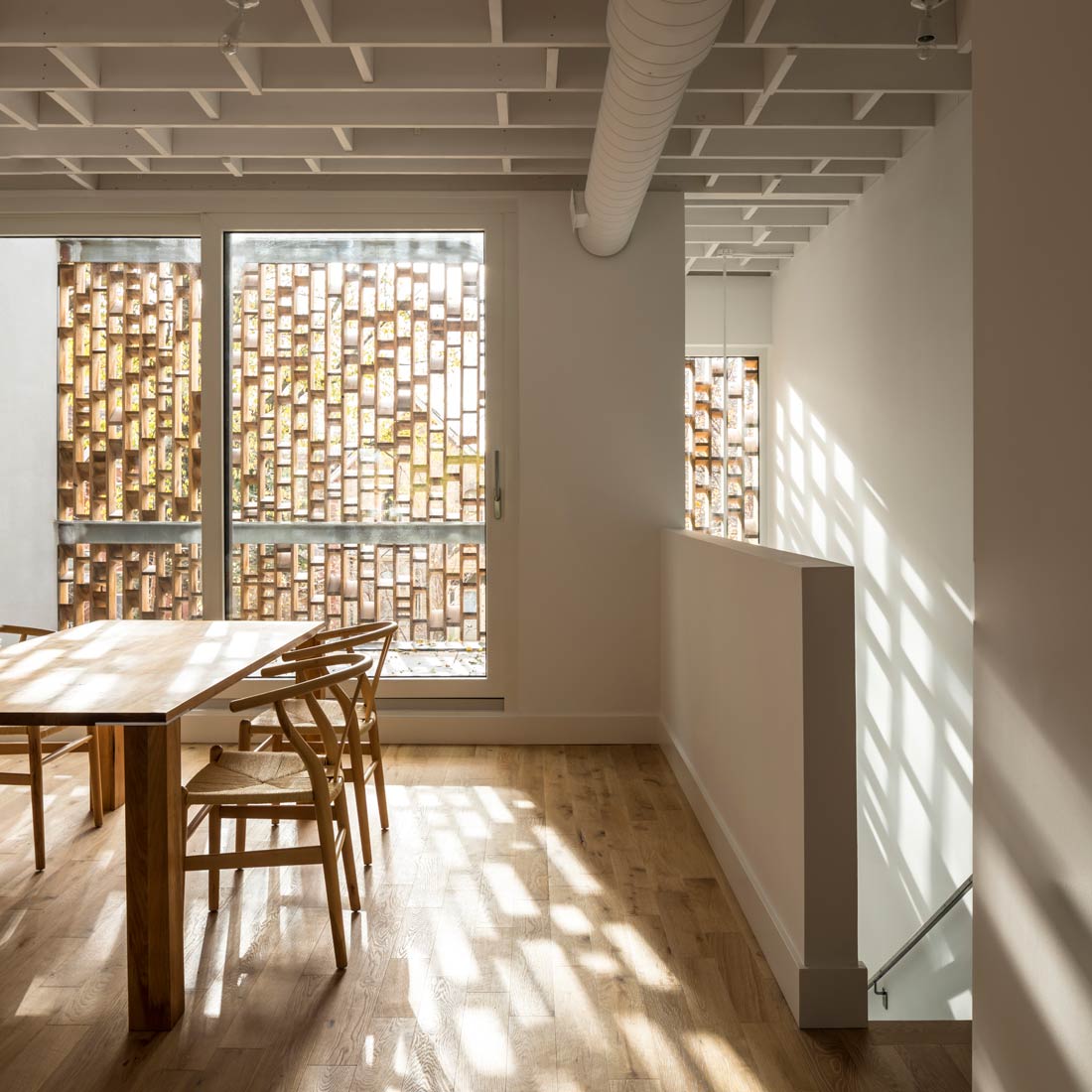 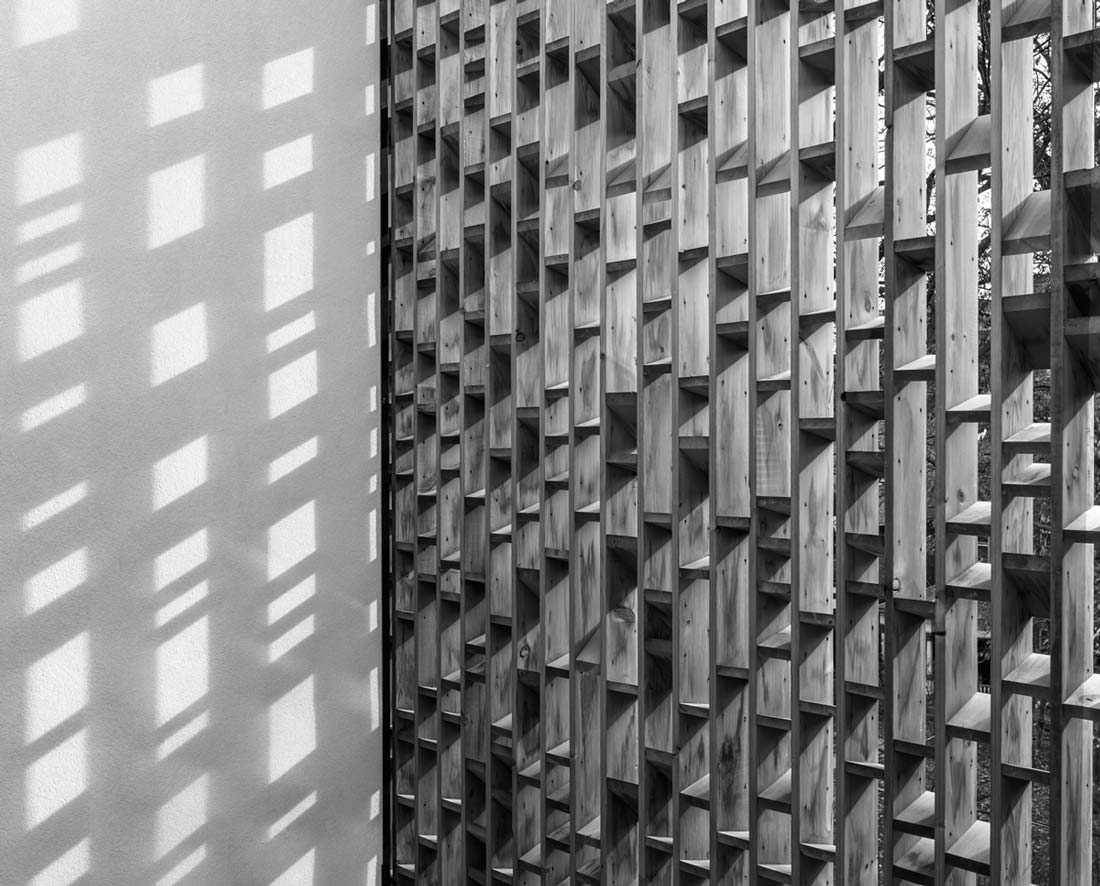 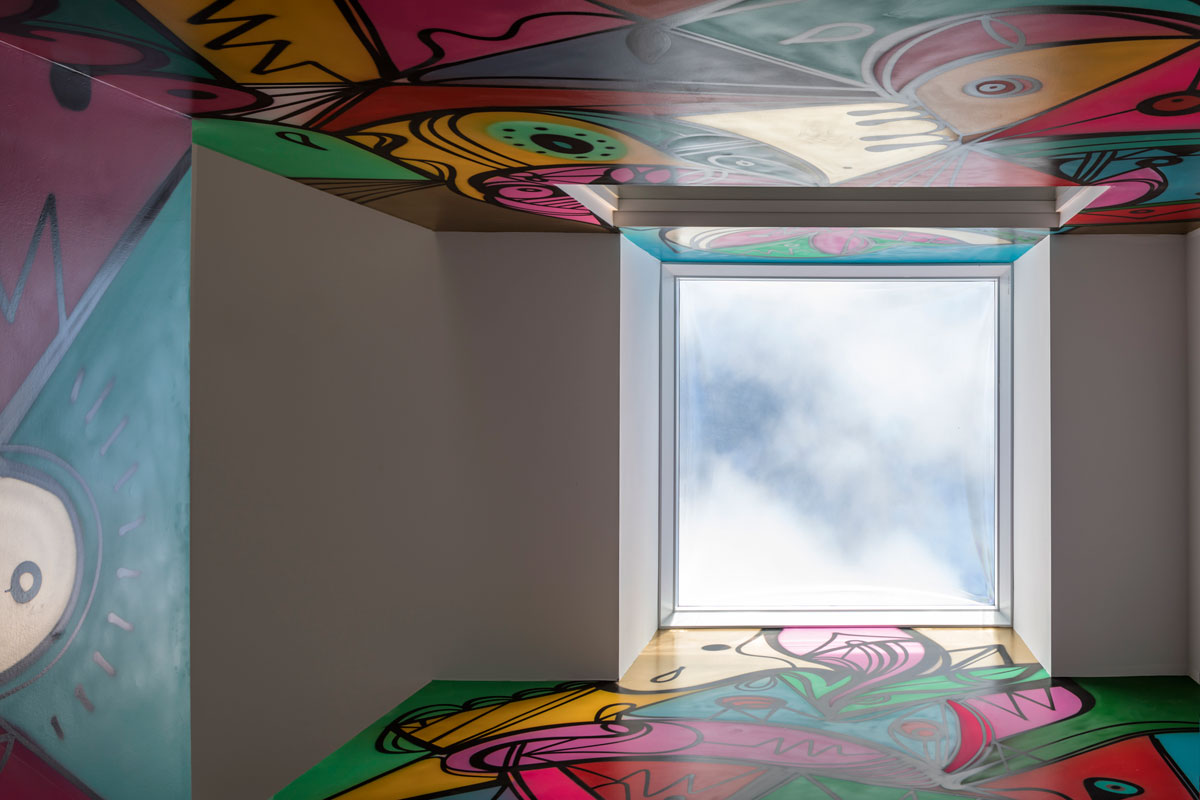