The project, a 20-unit multifamily housing building, is located in Campana, Buenos Aires, on a central lot located on a street parallel to the main avenue, facing a large urban void that offers broad views between the building and the city.

The building is organized in a base extending across the plot and a main volume with five levels, concentrated toward the front. 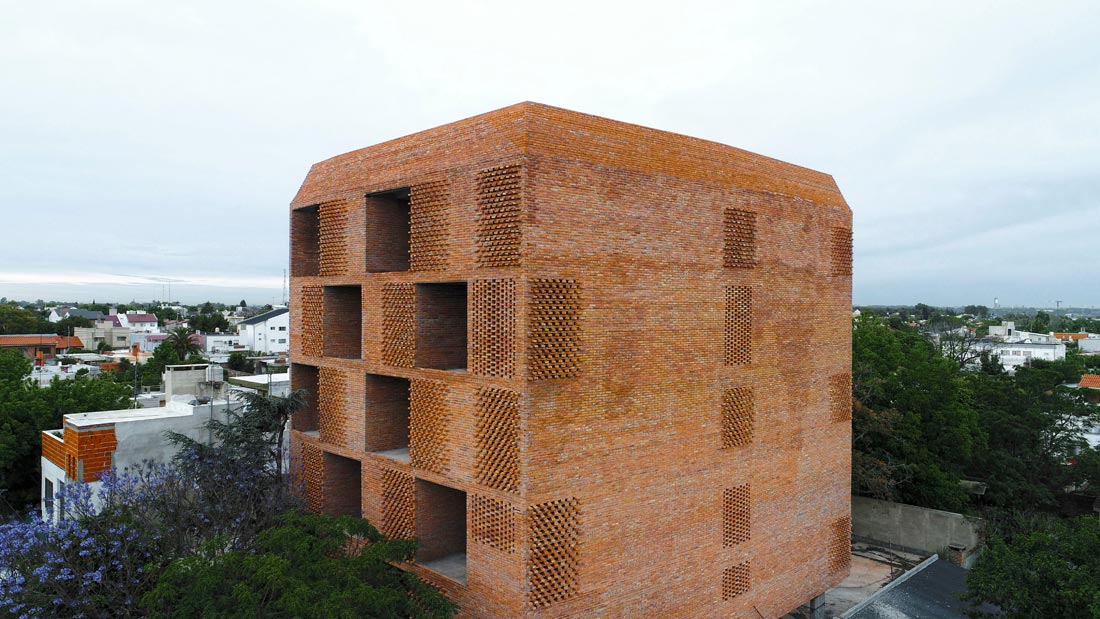 The ground floor has vehicular and pedestrian accesses at the front; on the backside, it organizes two levels of garages: one on a semi-underground level and another on an uncovered semi-elevated level.

The main body is an exempt volume whose perimeter recedes in a variable way from the edges of the plot: there is an access garden in the front, which preserves an existing pine tree and separates the volume from the property line, bringing it closer to the building limits of the neighboring houses and attenuating its impact on a pedestrian scale. On its sides, minimal areas receded from the plot limits make it possible to illuminate and ventilate common services and circulations. On the back side, a large patio recreates the conditions of the urban space and makes it possible to preserve an old avocado tree. 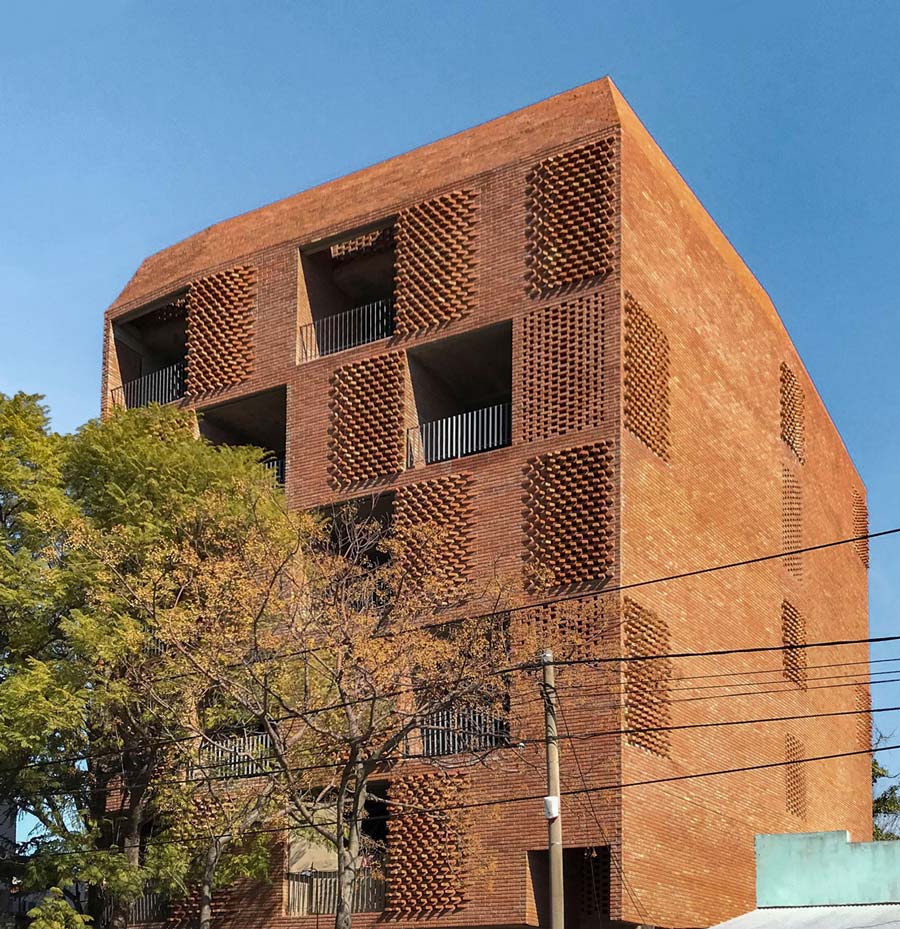 Internally the volume is structured in a double bay of apartments with terrace-like patios on the east and west sides, which take advantage of the views to the avenue and the center of the block, setting the vertical circulations, staircase, and elevator, to the north side.

The compact apartments are organized to virtually increase the spatial dimension of the units, arranging a full space, a sanitary core, and an empty space, the patio-terrace, in diagonal opposition. The folding of the outer envelope on the side of the terrace, and two mobile enclosures, a window, and a sliding panel, complete the delimitation of a space that has a fluid nature. Materially, the building is defined by two main components: on one hand, the loadbearing structure in reinforced concrete, of columns and lightened beamless slabs that hold the service connections and resolve the ceilings; and on the other hand, the outer brick skin, textured and variable in its permeability, that resolves the exterior enclosure. The interior white plaster masonry, the aluminum frames and the glass windows complement the perimetral enclosure of the units. In the interior of the apartments, the coating, furniture, and mobile panels (of white textured melanin) and the flooring, a beige granite mosaic, complete a material palette that creates a bright and subtly warm atmosphere. 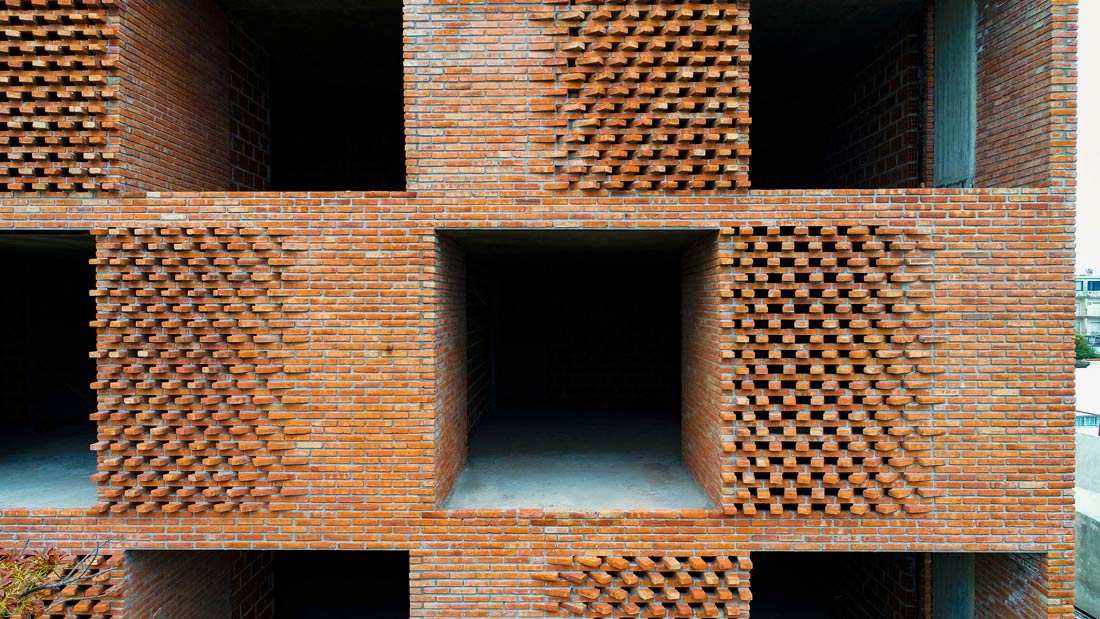 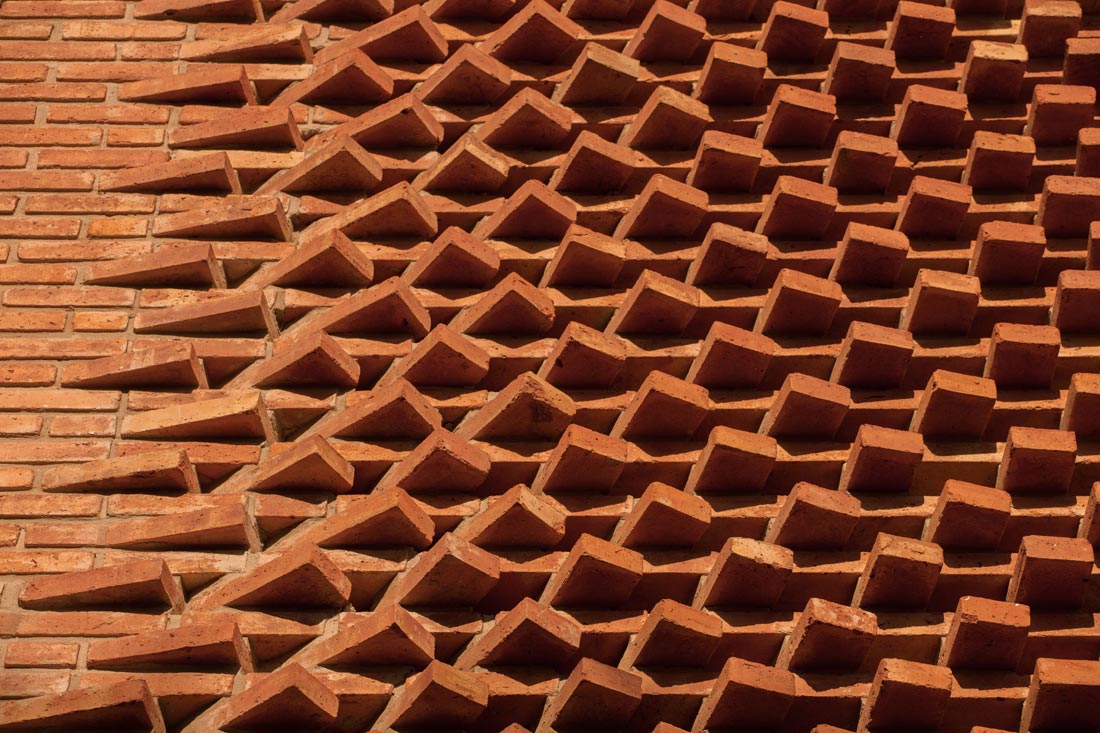 The project studies brick technology not as a tool to support architectural ideas, but more as a designing technique that builds those ideas through differentiation. The rigging is abstracted as a system of relationships with transitions and passageways, establishing processes of continuous variation and, through them, new forms and uses for brick in the field of architecture and the construction industry. The masonry used is a solid brick with a regular geometry and a reddish orange color, with mica particles that give it a subtle brightness on its surface. Its dimensions are 24 x 11 x 5 centimeters.

The working of the brick aims to develop a ductile envelope, moving past generic and undifferentiated enclosures, by deploying a wide range of performances that include the selective permeability of air, light, sunlight and visuals, the self-shading of the exterior surface, and the dissipation of thermal energy absorbed by the envelope. 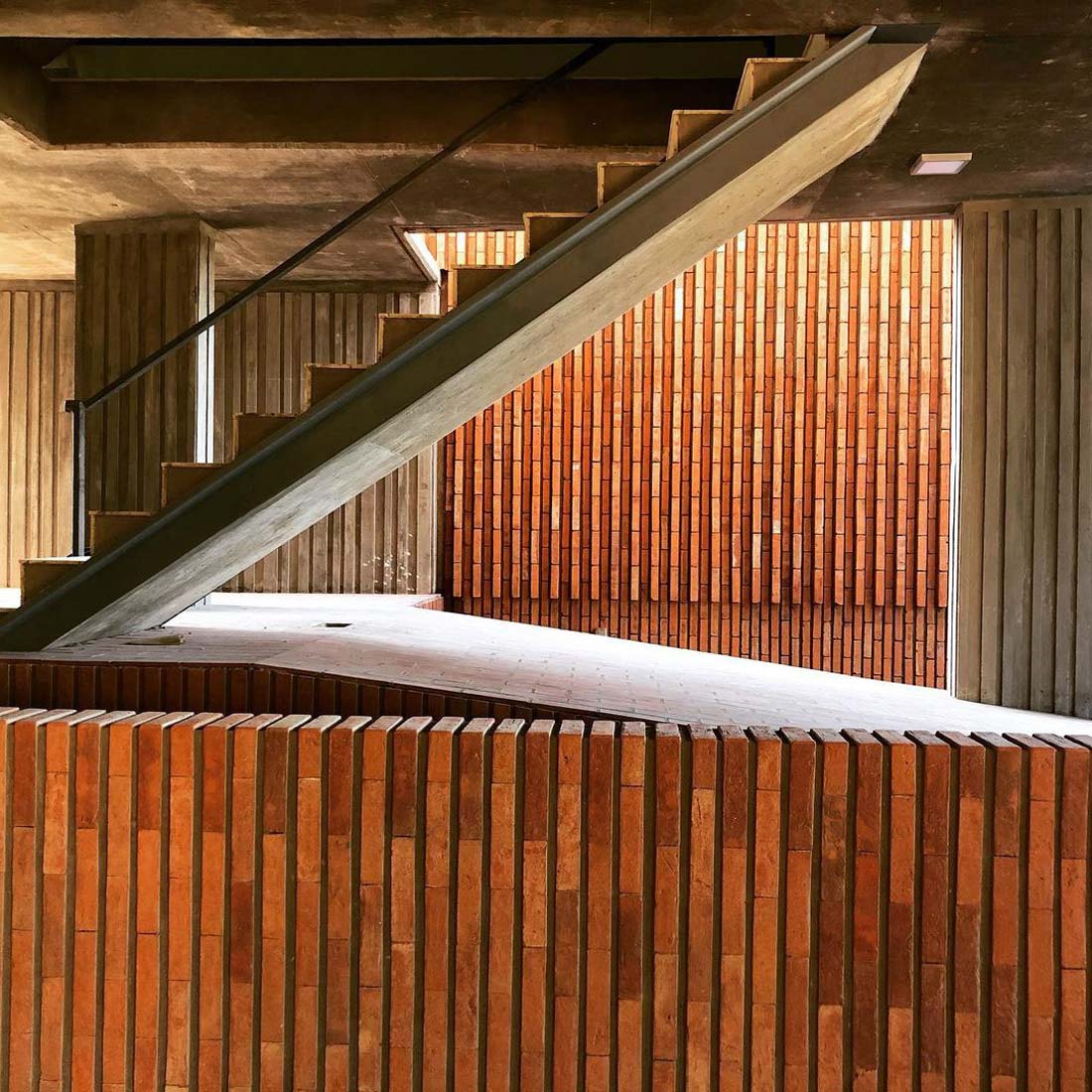 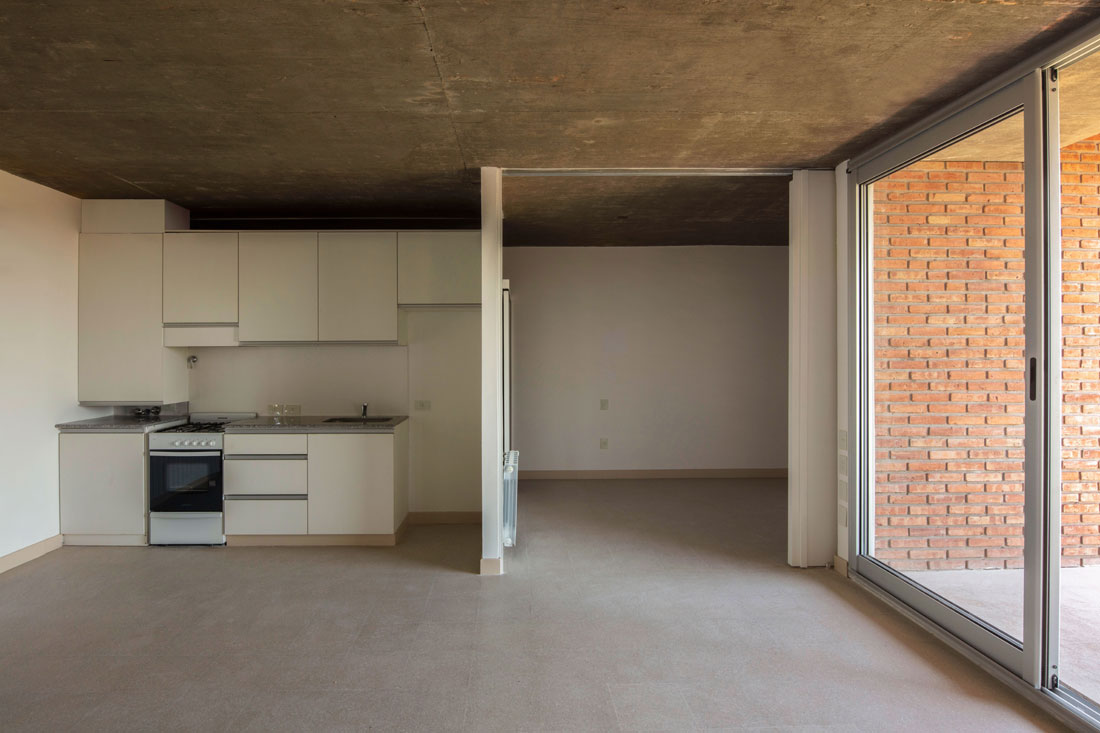 The exposed brick is organized by variations of the traditional stretcher bond, transitioning between rows of stretcher course and header course, as well as the whole range of intermediate organizations between them, configuring a continuous textured skin with variable permeability that systematizes and integrates solid walls and perforated brick screens within a complex pattern.

The variations of texture and permeability also play with see-through spots, lights and shadows that nuance the brick surfaces, virtually defining figures that complement the hollowness of the terrace-patios, enriching the checkerboard pattern of the building’s outer skin. « Silesia University Radio and TV Department: Designing from the Context
Sexism and the City: Looking for Potential Catalysts for Change »