Dalarna Media Library is organized as a ’spiral of knowledge’ identifying a new library culture that fosters a wide range of experiences and inspiration. 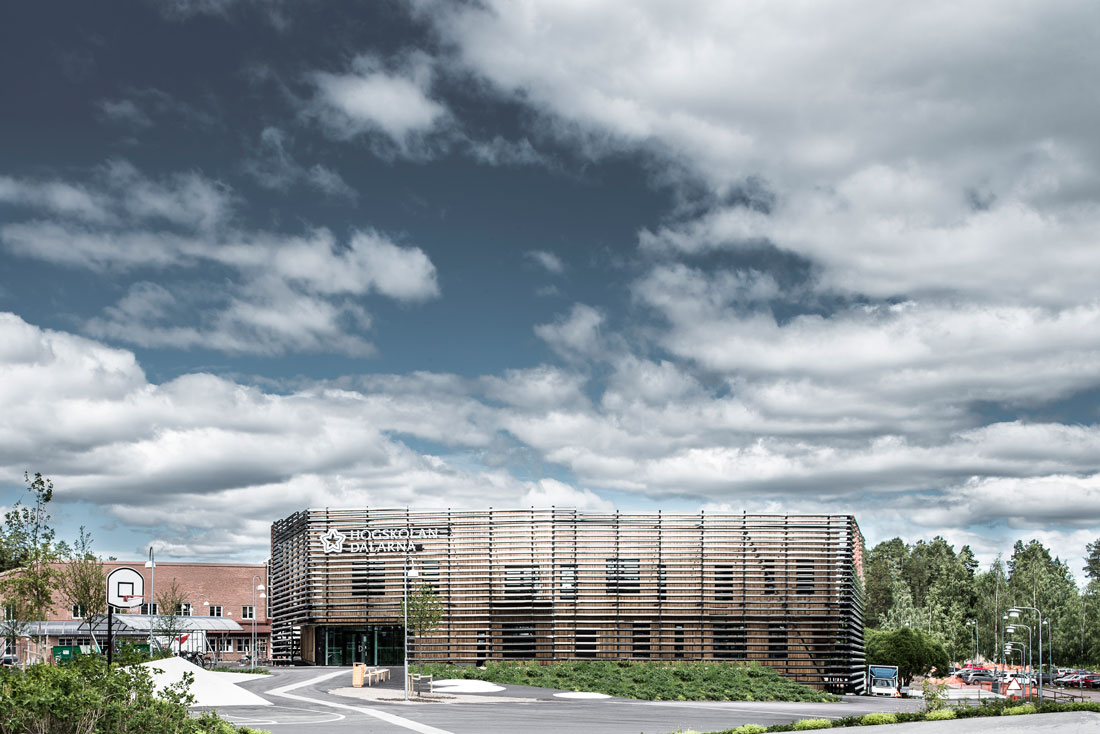 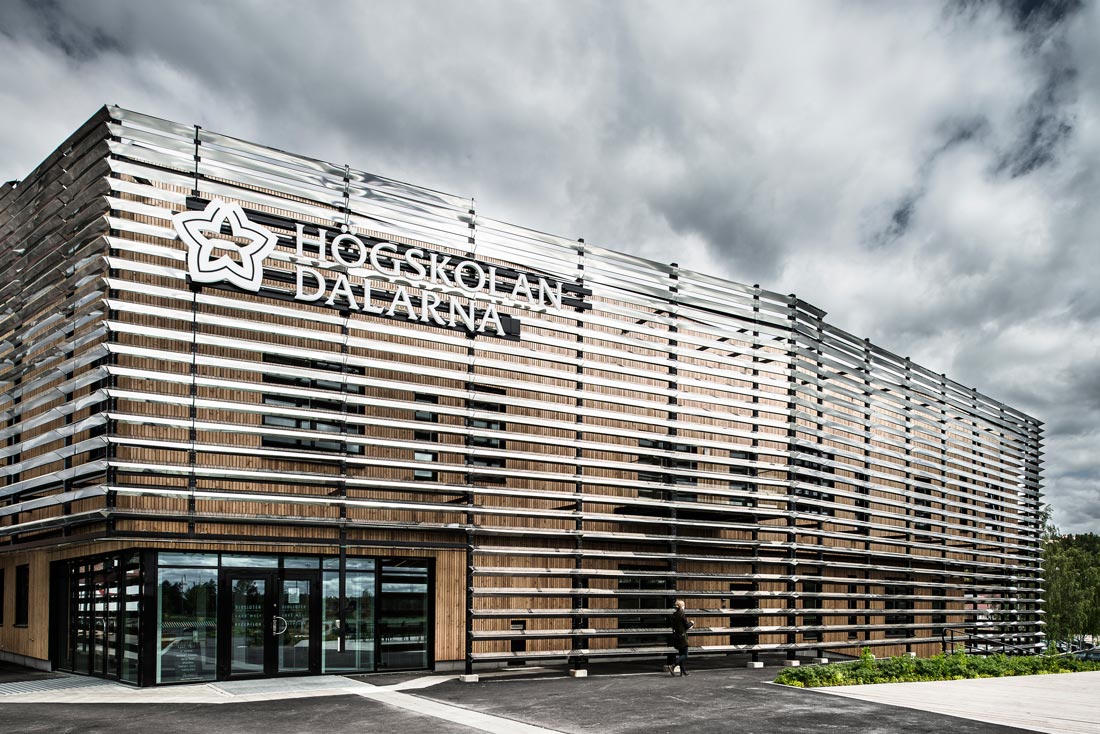 The natural terrain of the surrounding landscape is continued as a ramp that spirals up through the central atrium of the library, where the pursuit of information and orientation takes place. The spiral of knowledge creates a varied study environment, allowing students to move about in the open space at the heart of the library or to withdraw to more quiet areas along the façades.

The building has a unique spatial character combining library, study spaces and multi-media functions to create a synergy with the existing university complex. The variation of sound levels and the differentiation of activities creates a versatile study environment that is rich in experiences.

“The library has really become the study environment and the meeting place that we hoped it would be. The students have taken it into their hearts instantly and use the group spaces and the rest of the options intensively.” Margareta Malmgren, Library Director, Dalarna University

The new library is the main attraction and new entrance to the university. To emphasize this, the surrounding spaces were transformed from a large parking lot into an integrated urban plaza. The urban plaza handles user and visitor flows, while organizing the public spaces around the building into defined activity zones and intimate recreational areas. 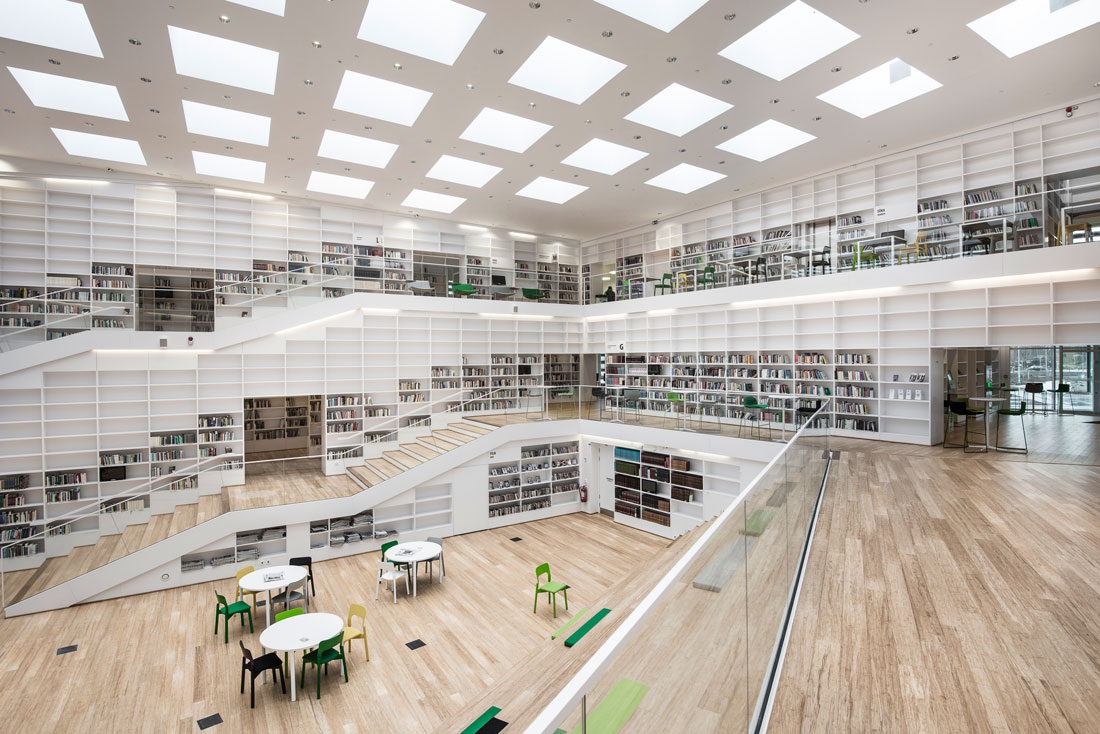 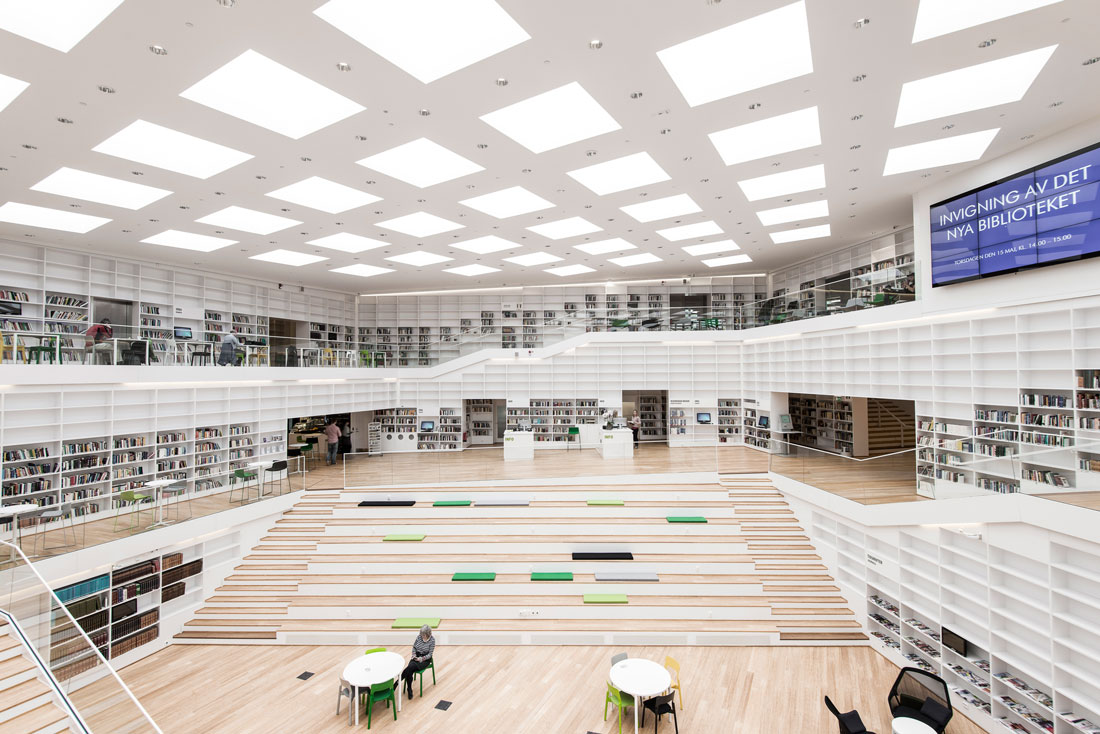 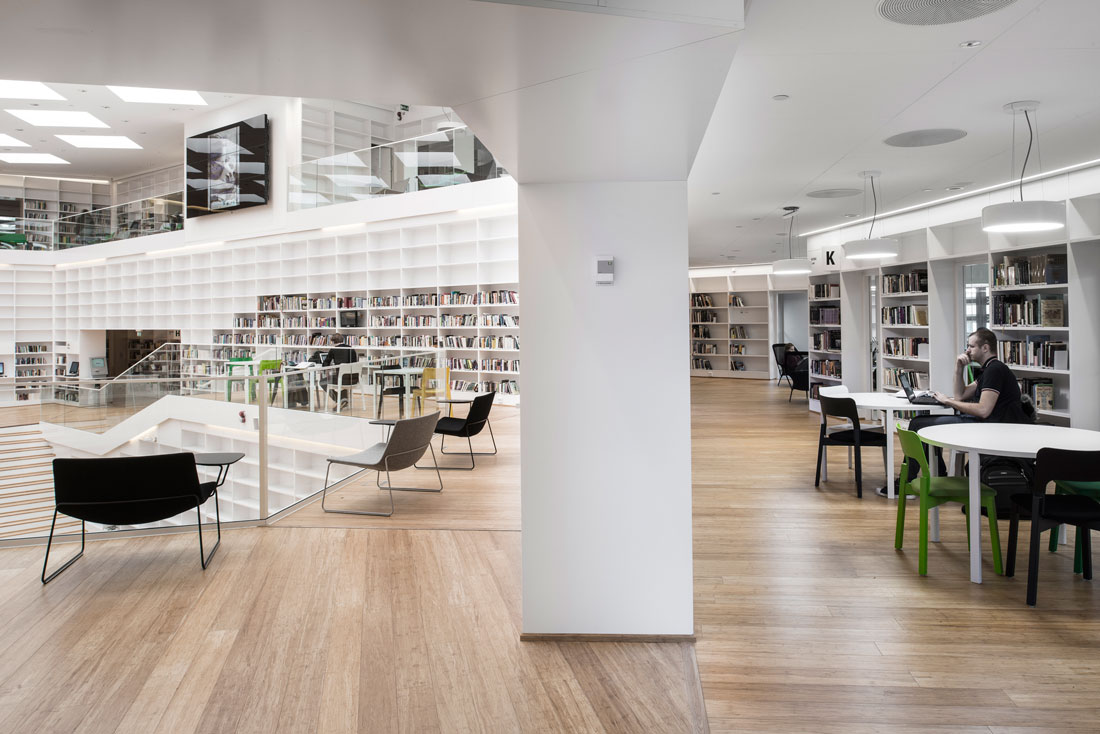 The main entrance is open and welcoming towards the plaza to identify the building with liveliness and activities. Dalarna Media Library has become a vital force in the community, acting as a motivating generator for both citizens and local businesses.

The characteristic double façade with reflective horizontal slats in front of wood cladding was developed in collaboration with the Danish artist Jeppe Hein. Instead of creating an isolated piece of artwork, Jeppe Hein and ADEPT developed the façade into a detailed and refined expression with an immateriality that mirrors its surroundings and the people in it with broken reflections. The slats are made from highly polished stainless steel, while the wooden background is Siberian larch. 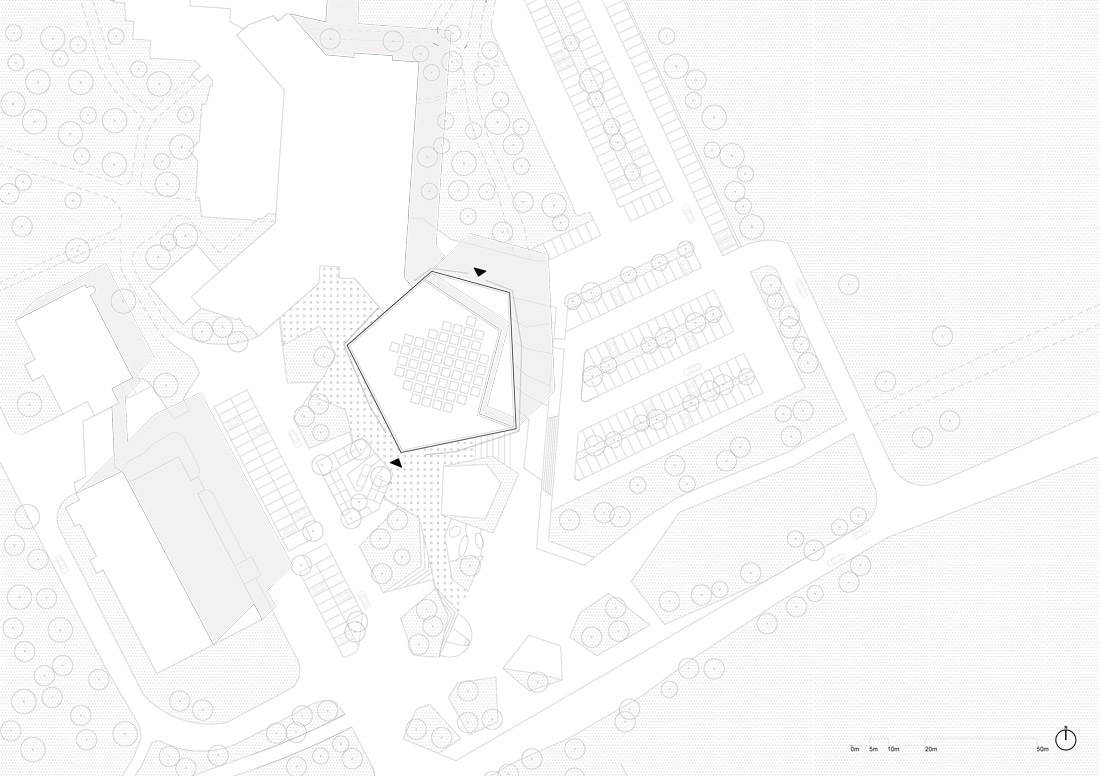 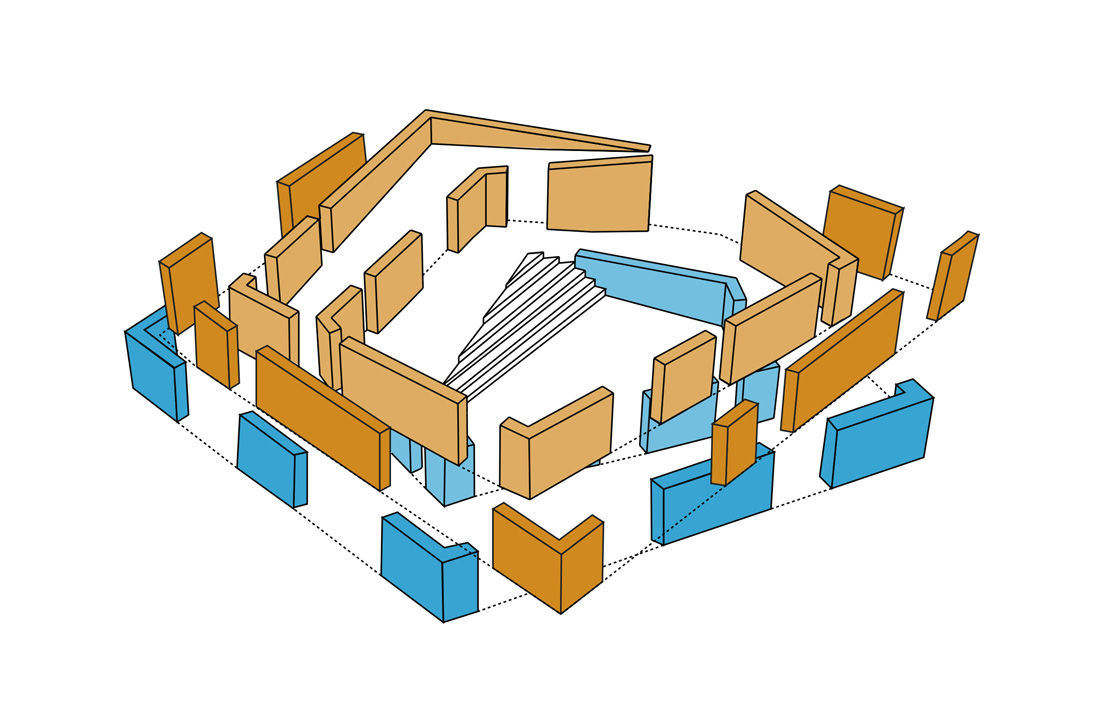